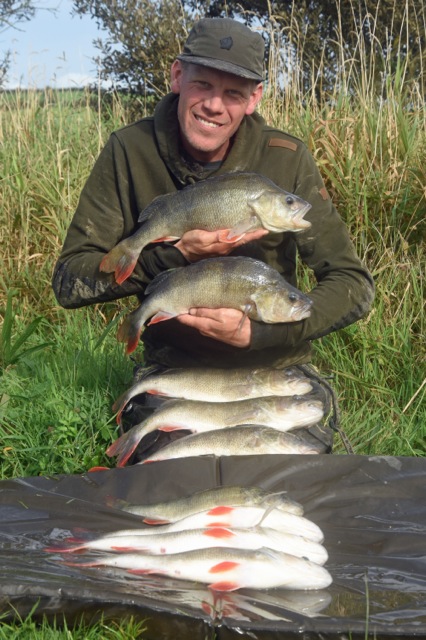 Alan Blair has had an amazing perch haul from Upper Tamar lake, on the Cornwall and Devon border. He caught nine perch, five of which were over 3lb in weight with the largest being 3lb 9oz. The smallest was 2lb 2oz! Alan used Nashbait Spod Cloud groundbait to get the small silver fish in the swim before the Perch moved in and seized his prawn hook-baits. Upper Tamar is renowned for its stock of large perch and its only a matter of time before a 5lb+ fish is caught.