A cool Easterly breeze failed to dampen the spirits of anglers aboard Wild Frontier off Ilfracombe skipper by Mark Hutchings. Their efforts  were rewarded with a fine small eyed ray  coming to the net closely followed by the first Tope of the season which took off like a rocket. Both fish landed by young Daniel Smith. They also boated several conger to 18lb and huss to 10lb. 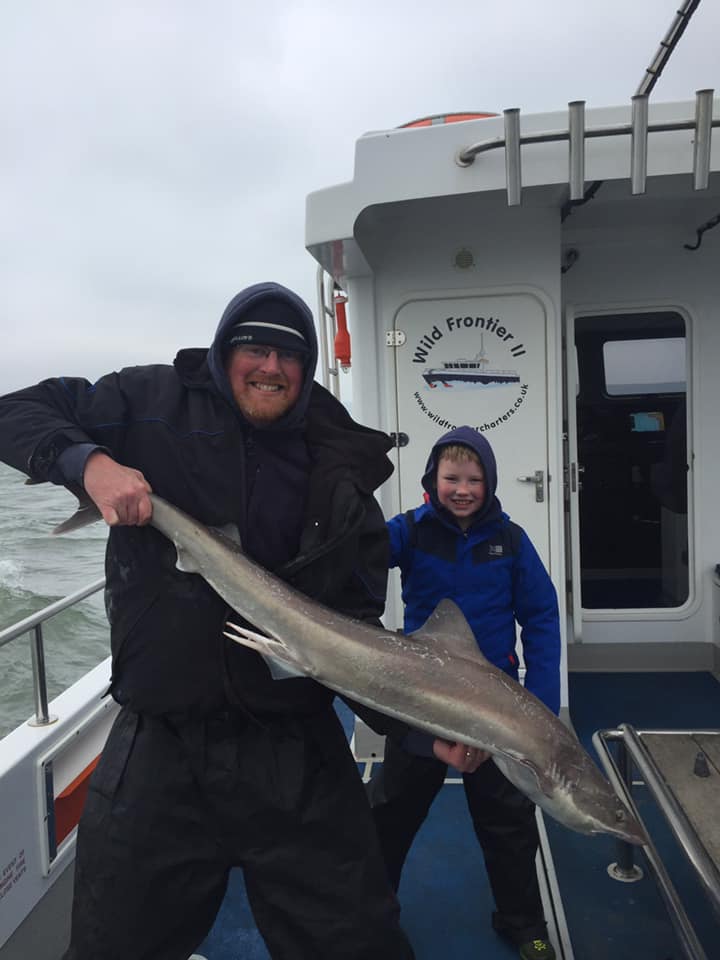