Skip to Main Content
Oaktree Fishery has to my knowledge just the one catfish that gets caught from time to time growing ever larger each time well done to the latest captor ;-
Chris Blythe  caught the Oaktree Wells Catfish  at just over 57lb on a Pop-up Pinky
Fishing on Peg 1 during a 24hr session 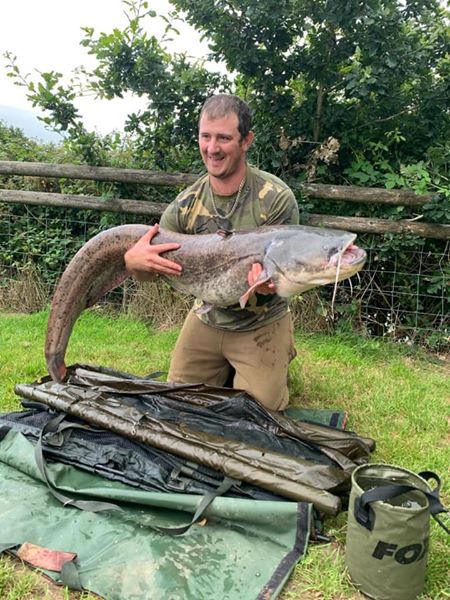 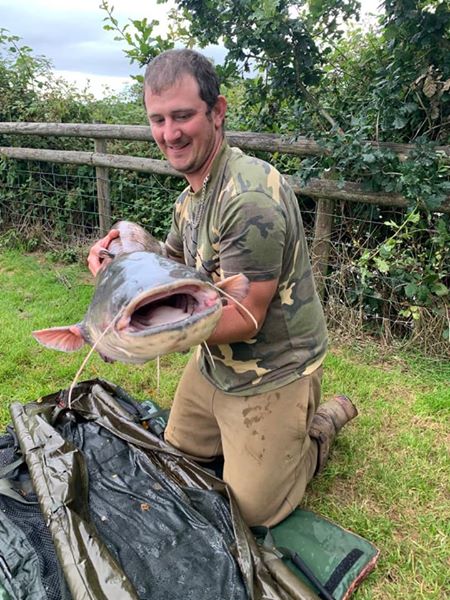 The Oaktree catfish was first caught back in the late 90’s and I received this fascinating account of this first capture from Andy Sanders.

I’ve just been reading the article about the oak tree catfish and found this photo for u. I was the first person to catch the catfish way back in the late 90s at a weight of 17lb. I was fishing with friends and had a drop back at 6.30 in the morning. I was yelling to my friends that I’d caught the catfish but neither belived me and would not come out their bivvies. I caught it on a cranberry boilie. Hope this is of interest. Andy.