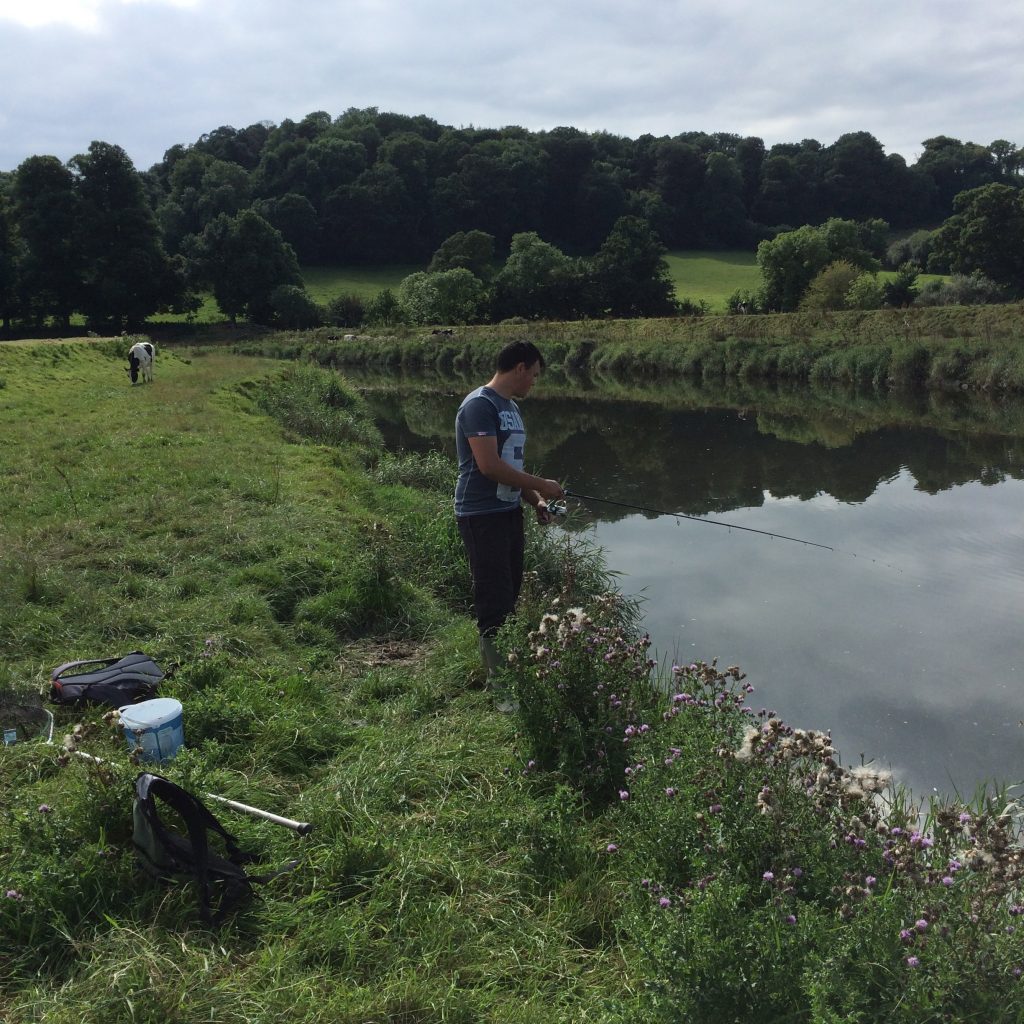 I glimpsed the spotted flank of a good-sized brown trout in edge of the river and vowed to return with the fly rod and suitable selection of offerings. Warm sun was beating down and we had suffered a blank outing to the river in search of thin-lipped grey mullet. We had glimpsed a shoal further up stream but they had drifted out of sight after a baited Mepps spinner was cast close to them.

James was lacking enthusiasm; tired after a few too many ales the previous night he would have preferred a day sat quietly watching his rod chilling with bait in the water. It was a warm humid day’ cows ambled lazily swishing their tails as flies buzzed around them. Their scent and that of estuary mud hung in the air. The sky was blue with high white cotton wool clouds and barely a breath of wind. The day had slipped by surprising quickly despite the lack of success and I told James a little of the history of this pleasant meandering bend in the river.

Many generations of angler have visited the bend over the years and I have been privileged to speak with some of them and share their memories. Several years ago I purchased a little green book Coarse Fishing in the Barnstaple Area’ By D.J. Rogers and G.W.Mosdell 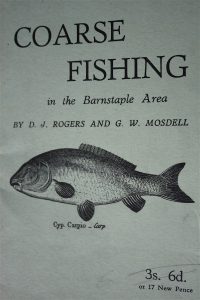 The book tells of big roach tempted from the bend on bread flake and paste. Silver flanked beauties that frequently topped the magical two-pound barrier. Dave contacted me a few years ago after reading an article I had written on the lost roach of the Taw. We shared a drink in the Chichester Arms before walking to the river down a well-trodden path beside Venn stream that joins the River Taw on the bend. Dave showed me where the Cricketers’ once played on those long ago summer days back in the sixties. We stood upon the flood embankment and Dave pointed to the flat area of grass that had once been the cricket pitch, he told where the small pavilion had stood. In the still evening it was easy to visualize the scene of years ago. The cricketers in their whites: that quintessential English sound of summer; the rap of leather upon willow echoing through the balmy air. 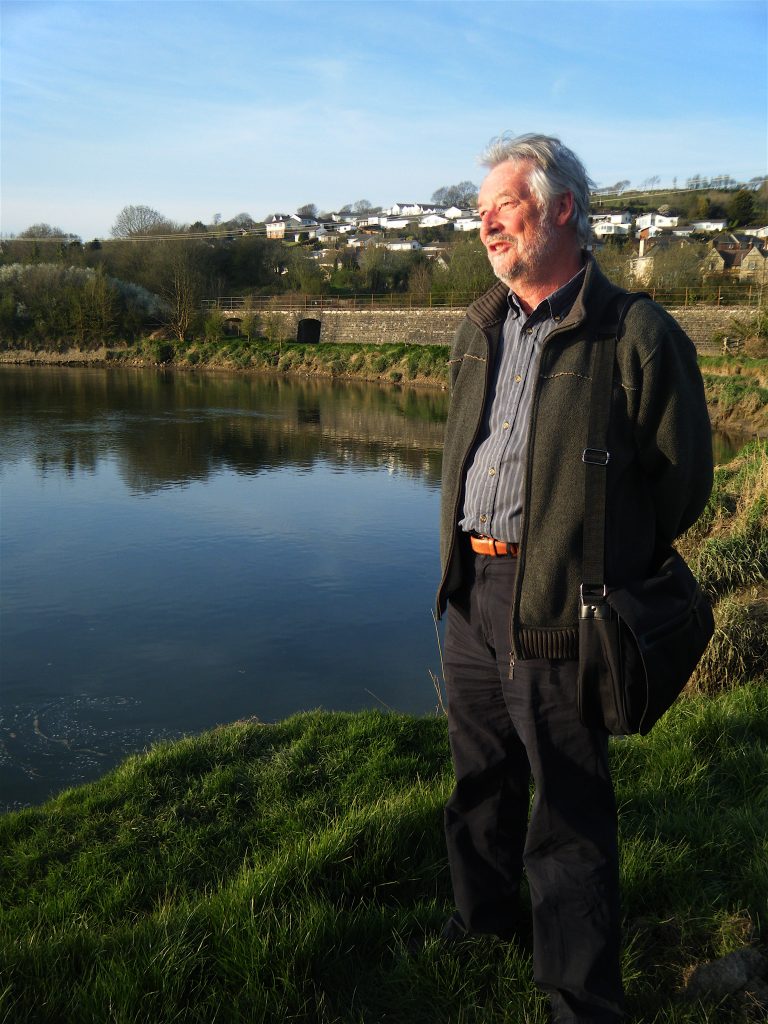 .Yet if you closed your eyes that distinctive smell of warm estuary mud would be there still. The roach are perhaps long gone. I once fished there on a cold winter’s night ledgering with a pinch of bread-flake on a size 10 hook. A quiver tip illuminated with a luminous attachment that failed to twitch. The cold night was punctuated by the sounds of geese flying over. 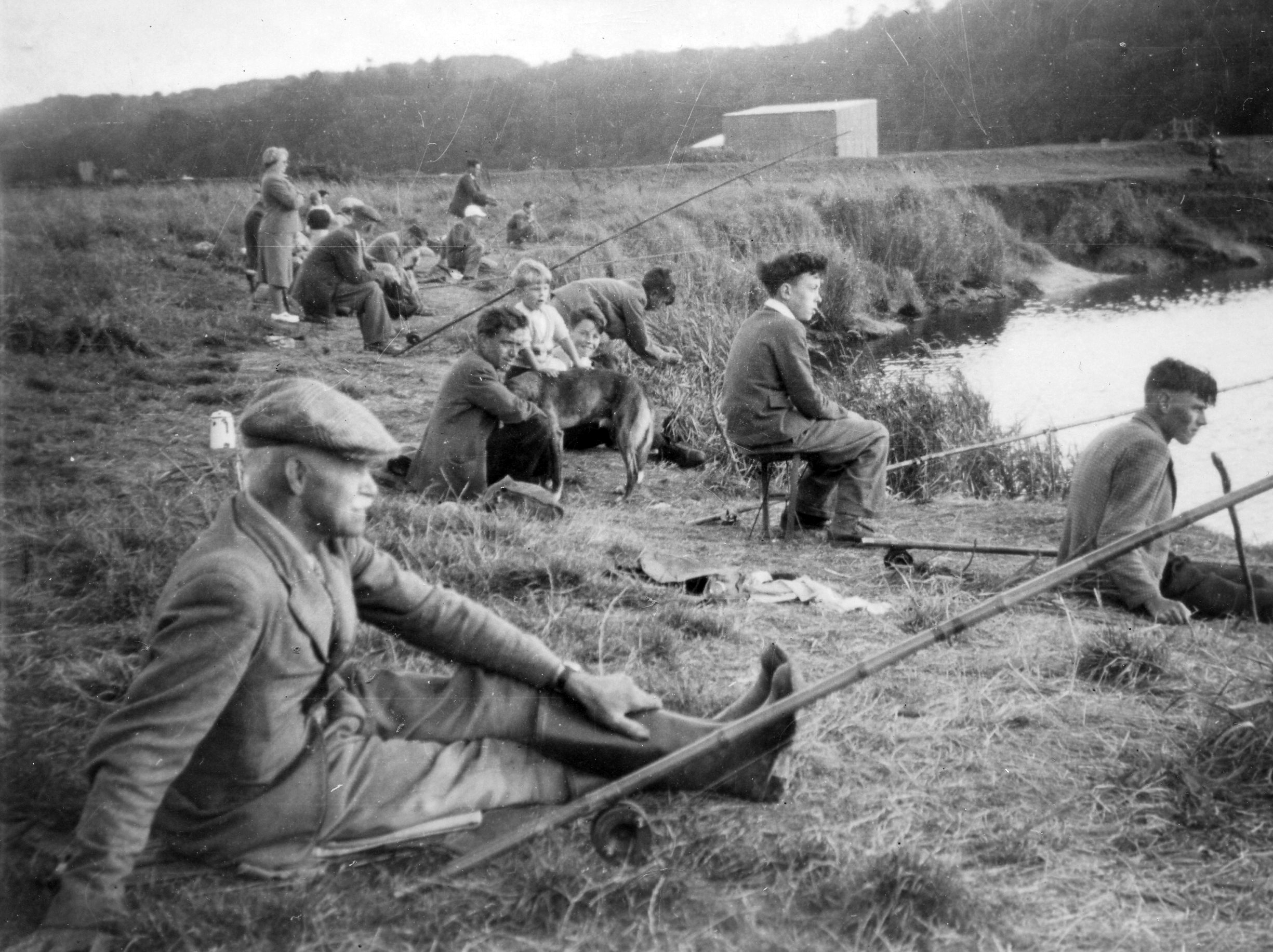 Jack Anderton fished the bend in the fifties catching up to 100 mullet on a tide. He told me of fun carefree childhood days frolicking in the river. Jack lived within sight of the bend and often fished there early in the morning before breakfast. His mother would call to him from the bedroom when breakfast was cooked and Jack would amble back to enjoy a feast undoubtedly smelling of estuary mud. Jack also told me of escapades trapping eels that were abundant then. 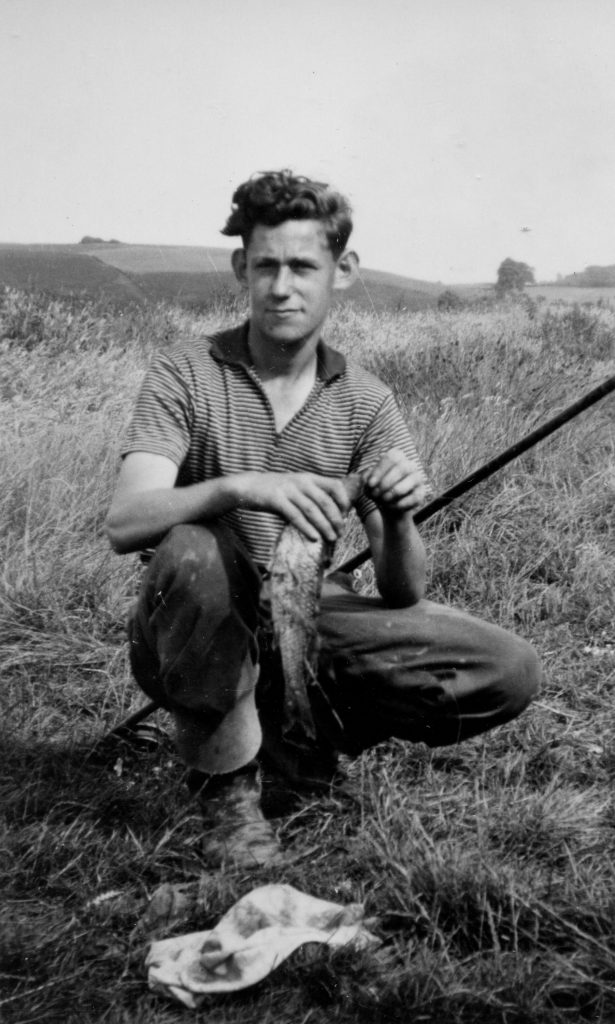 Many roach over the magical 2lb mark were landed by Jack, which proved highly profitable as the famous wine makers Williams & Humbert offered a prize of a bottle of sherry for any roach topping this weight. One red-letter day fishing close to the Cricket pitch at Bishops Tawton using float-fished maggots he landed 39lb of roach including five over 2lb.

In the 1970’s Kevin Richmond was drawn to the bend in search of big eels. He wrote of this in the Journal of the local specimen group of how he landed a huge eel of 5lb 73/4oz. 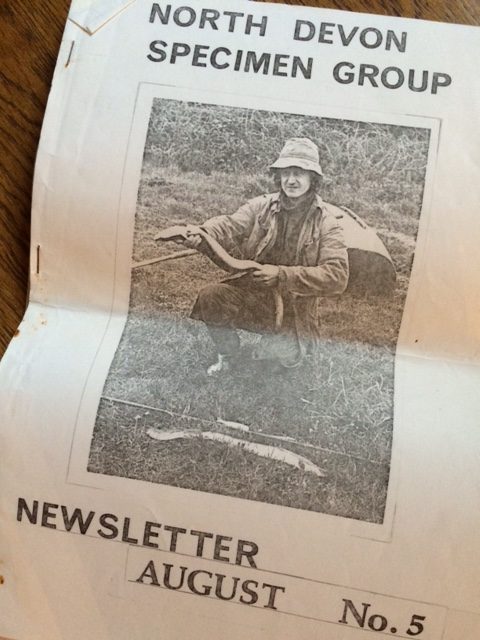 Since 1974 it has always been my ambition to land a five-pound eel. I came close to achieving this during the later part of 74 when I had a very large fish straighten a 1/0 Aberdeen at the net. Richard Dennis was there at the time and he will confirm the size of that fish.

I decided to have an attempt fishing what is known as the cliff swim (due to the opposite bank from the fishing position being continually eaten away during periods of high water) as it is my belief that somewhere on the river is a point where the salinity content causes an interaction between estuarine and freshwater species enabling both to coexist together. I also believe that the growth rates would be much more greater in such an area due to the fish population getting the best of both worlds.

Upon arriving at the swim I ground baited with approximately 20 to 30 chopped trout, laid over an area of 10’ x 15’ to which an additive had been added. Rods were set up. Terminal rigs put on hooks sharpened. I cast out at 20:30 and had my first run at 21:45. Due to the very high tides the fishing at this stage was very difficult due to the very fast tidal flow. I did not land my first eel until 22:50 – it weighed 1lb 6oz. three more eels came up to midnight weighing 11oz, 6oz and 2lb 6oz and then sport died until 03:15 when I landed an eel of 1lb 9oz.

At 03:30 I had a run, which was no different to any of the others – until I hit it!!. The 1½lb test curve rod slammed over and line was rapidly taken. The fish kept pulling over to the cliff and virtually reached the other bank before I stopped it. Constant pressure slowly brought the fish across the river, until it was three or four yards away- where the fish woke up!

Suddenly the line went slack as the eel belted past me and went through my other two lines ‘tangling one. By now I was wondering just what the hell I had hooked?

Once again constant pressure brought the eel in close again and I managed to bring it within netting distance. My main worry at his stage was that the tangled line would in some way foul the bottom or the landing net. I gently eased the fish over the net- and the sodding thing slid over the net cord and belted off again!

As can be imagined this almost made me into a nervous wreck and it was with great relief that I finally netted the fish. I bit off the tangled line and carried the fish up the bank into the field just to be safe.

Even at this stage the eel looked big and when I shone the torch on it I realised that it was bloody enormous. With the weigh net included the eel went 5lb 15¾oz and as my net registered 8oz the eel was 5lb 7¾oz, a Devon best and over a pound better than my previous biggest eel. The eel was in superb condition measuring 40½” long and was almost a constant 9” girth throughout. The photographs were taken and the eel was slipped into my keep-net.

Early next morning two ‘noddies’ off salmon fishing strolled down and I got one of these guys to take a couple of shots of my fish and myself. It was then returned and swam away strongly.

Who said Friday 13th was unlucky?

It was not just eels that Kevin tempted on his dead baits for one night his bait was seized by fine double figure bass.

Much water has flowed around the bend as generations of fishers have ebbed away. As James and I walked from the river on a summer’s afternoon the church bells rang out and I wondered if earlier generations had paused to listen as they left the waters edge? There is something timeless about the bend and many other places we cast our lines. 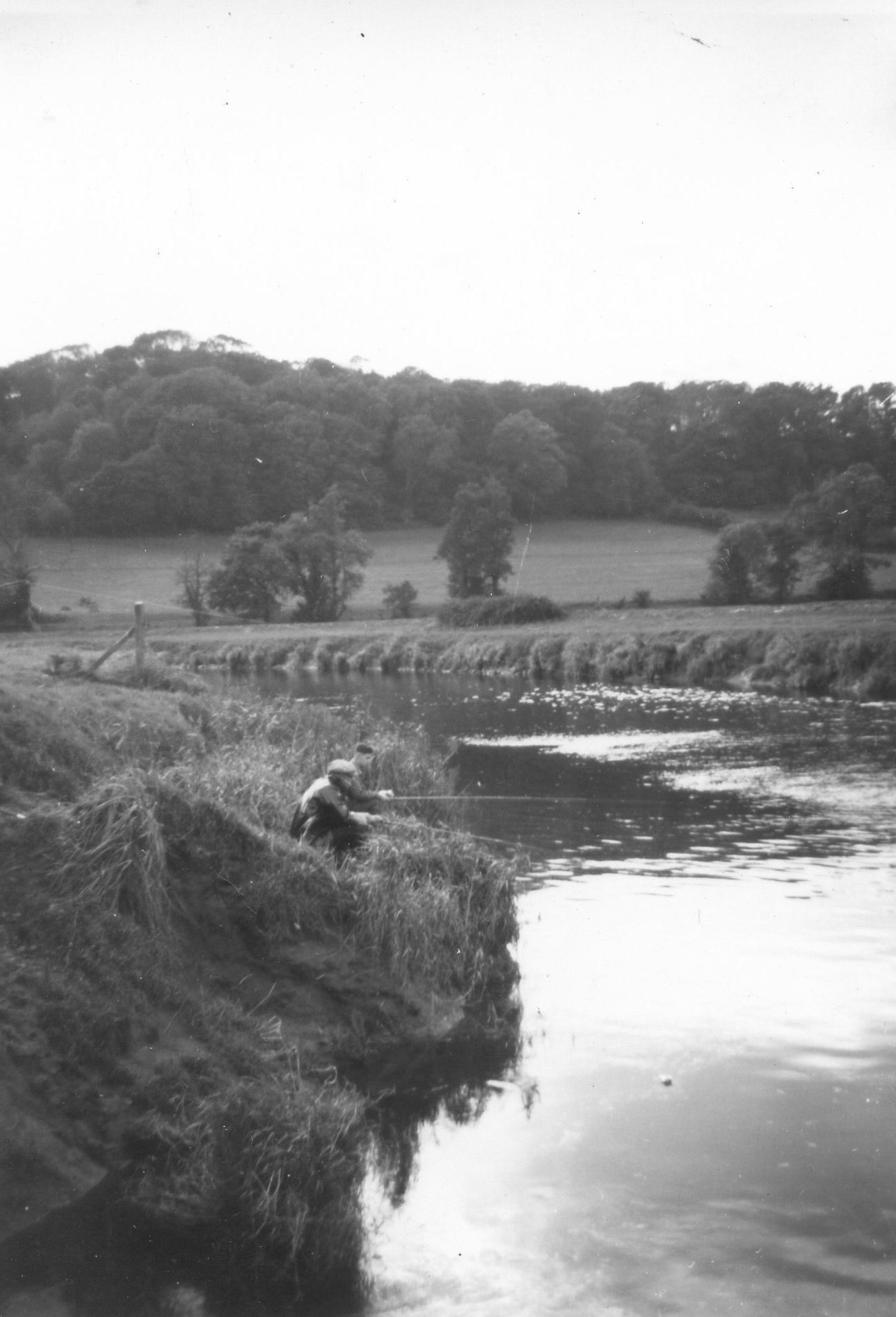