The report has been compiled from information obtained where I have a personal involvement and from the various information issued by DEFRA, the Devon & Severn IFCA and the Angling Trust

Devon & Severn IFCA: – The Netting Byelaw Review has been completed and the proposed Byelaw is now in the hands of DEFRA and the Minister for a final decision. The time this part of the process has taken is unacceptable and to date, over nine months has passed between the submission of the completed review and a decision on its introduction. We understand that the lack of DEFRA staff and the Brexit negotiations have been cited as the cause for the delay it does not encourage the IFCA Staff and the voluntary members of the IFCA, who have worked very hard over eighteen months to get to this point.

The next activity to be reviewed is to be hand gathering, which covers some very diverse methods, from removing cockles, mussels etc, and spear fishing to bait gathering. The Marine Bill dictated that we have a fully managed fishery where it is inappropriate to remove large quantities of any species from the sea shore, such as the huge effort placed on the mussel beds in the Exe some years ago without consideration of its effects, we have, to consider every activity within and outside the Protected Areas.

Please do not run away with the idea that the sea anglers or the general public will have draconian measures to contend with, for that is not the aim, but rather to examine the need to introduce measures to protect the whole marine environment from large scale exploitation.

Sea Angling Zones: The three angling zones, two local to us, the Skerries Bank, and the Emerson Wreck in Torbay and in the Bristol Channel at Burnham, Berrow and Brean Beaches continue to be monitored. Since their introduction over two and a half years ago, many checks have been made and anglers interviewed by the IFCA Officers and a review is underway and we await the report which should be available middle 2018. It is expected that the report will show positive results for the angling community and I encourage all who use these areas to cooperate with the IFCA Officers and provide useful information to enable them to record a true picture of the activity within those areas.

You will be aware that the Angling Zones are operated under Codes of Conduct and whilst some have been sceptical about such codes, it is a DEFRA dictate to use codes of conduct wherever possible when management issues are being considered. However, when Codes of Conduct are unsuccessful or unsuitable, for managing an area or fishery, then further legislation may be necessary.

This could happen when the conditions of the codes are not being met, and as I have mentioned in earlier reports, pictures in the press or on social media of huge numbers of plaice caught by anglers from the Skerries Angling Zone, which includes the shoreline, when there is 10 place bag limit per angler per day will invite tougher legislation. 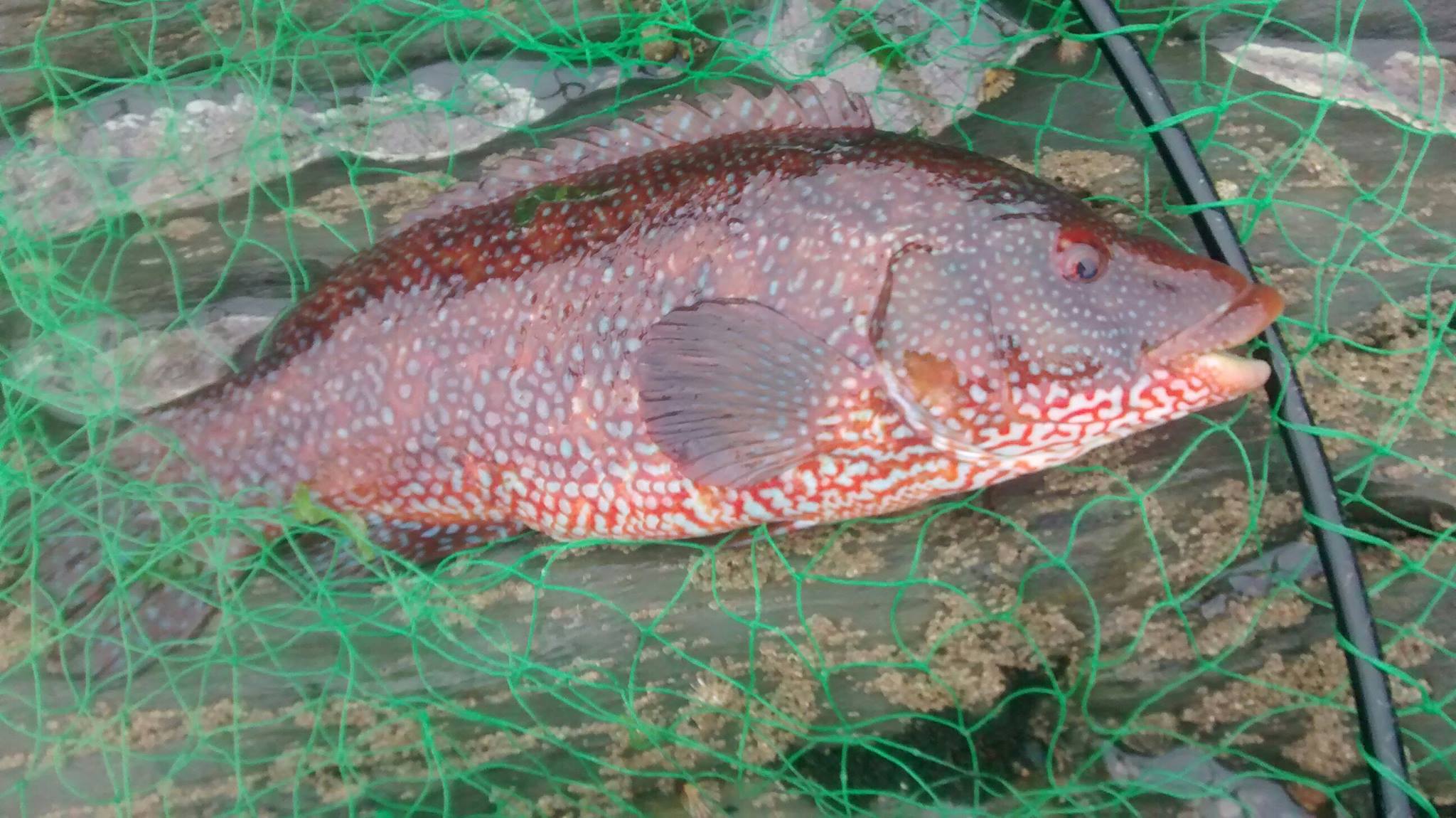 At the last Wyvern meeting I reported on the Emerging Wrasse Fishery and the proposals to change the potting permit conditions passed by the IFCA in April, well! the measures are now in place. The wrasse is a very important species for the sea angler and up to now has had little or no value to the commercial sector other than for pot bait in some areas.

The changes to the potting permits to regulate the fishery are: –

A Fully Documented Fishery has been introduced whereby those potting permit holders who wish to engage in the live wrasse pot fishery are required to provide relevant fishery information to the Authority. This information must be provided in two formats and permit holders have to provide fisheries data through daily logbooks, to include the following information:

This information from each fisherman has already enabled the IFCA to understand the location and level of effort and to provide more detail on the removal of the different species of wrasse and numbers retained. The D&S IFCA officers are undertaking on board catch surveys on a regular basis to observe the total catches and the fishermen are assisting to collect this data collection by allowing D&S IFCA officer on board their vessels.

The period between 1st April and 31st June is closed to the live wrasse pot fishery because the Authority believes that a closed season will protect the spawning stock of each species of wrasse and allow for the sustainability of the stock of each species. A closed season, as a measure of management of the fishery, has been introduced in other live wrasse pot fisheries. From previous studies and research, the dates proposed reflect the main part of the spawning season for all five species and will support the continued sustainability of the fishery.

From information gathered on the biology of the five-wrasse species found in our district and to meet the demands of the Salmon farms, the Authority has introduced the following minimum and maximum conservation reference sizes for each species.

The fishery is being fully documented, and the 2017 fishery is well under way and comprises of four boats, all based in Plymouth all small boats some under 25ft, who are prosecuting the fishery catching the smaller wrasse. The Ballan wrasse is being supplied by the Weymouth and Cornish Boats although I suspect some of the Plymouth Sound Ballan’s may be landed in Cornwall, but to date there is no evidence of this. The monitoring is ongoing and in the Spring of next year the IFCA will consider the findings of the officers via their report and decide whether further controls are necessary to manage this new wrasse fishery.

The AT Marine Conservation Group and Devon Wildlife Trust have both launched a campaign to stop all commercial exploitation of the Wrasse, and this may be an admirable ambition supported no doubt by all. However how admirable these incentives are, and however popular with members, a total ban cannot be possible without consideration of the whole available evidence and that is exactly what the D&S IFCA has set out to obtain. If that evidence is strong enough it may well be possible that a total ban could be introduced.

Why introduce a Byelaw and not code of conduct for the management of the Emerging Wrasse Fishery?  I have been asked why the Devon and Severn IFCA decided to go down the road of a byelaw when other IFCA’s elected to introduce a Code of Conduct for the Wrasse fishery. I can answer this by saying that the “Southern IFCA who manage the Weymouth Wrasse Fishery and the Cornish IFCA, both who have had a wrasse fishery within their Districts for at least two years, have not felt it necessary to introduce stronger measures. They do not have the flexible legislative powers to do so because they prefer full byelaws to manage their fisheries.

They could bring in an emergency byelaw, but that only lasts, for I believe six months, when adequate evidence must be produced to warrant such action and collecting evidence of the impact on the fish stocks and the eco system would take time and much longer than 6 months to establish.

The Devon and Severn IFCA, very early in their Byelaw Review which was a direction of the Marine Bill on the creation the IFCAS’s, elected to go down the Permitting Byelaw route to manage fisheries within its District. It was felt that a single byelaw based on each activity, Trawling, Potting, Netting, etc, managed by permit conditions was a flexible, innovative and more effective way of managing its fisheries. The benefits are that whilst it takes forever to introduce a byelaw, ie. it must go through many processes before it is signed off by the Minister as experienced by the netting bylaw mentioned earlier, permit conditions do not. They can be varied provided that pre- laid down conditions are met which include a Risk Assessment of the consequences and full and inclusive consultations with interested parties. Once this has been done as with the case of the Emerging Wrasse Fishery, the permit conditions can be changed and the measures introduced within two months, three as a maximum.

Bass:- In December the EU will consider the BASS management measures for 2018 and already there are calls by the scientists for further measures, and here I am pleased to report that the AT Marine Conservation Committee along with the BASS Society have been very proactive taking the argument to DEFRA and the EU through the European angles Alliance, for tougher controls on the commercial sector whilst insisting that the recreational sector has a fair access to the Bass fishery. However, it is likely that the one bass per angler per day will continue to be a measure used to manage the recreational sector. 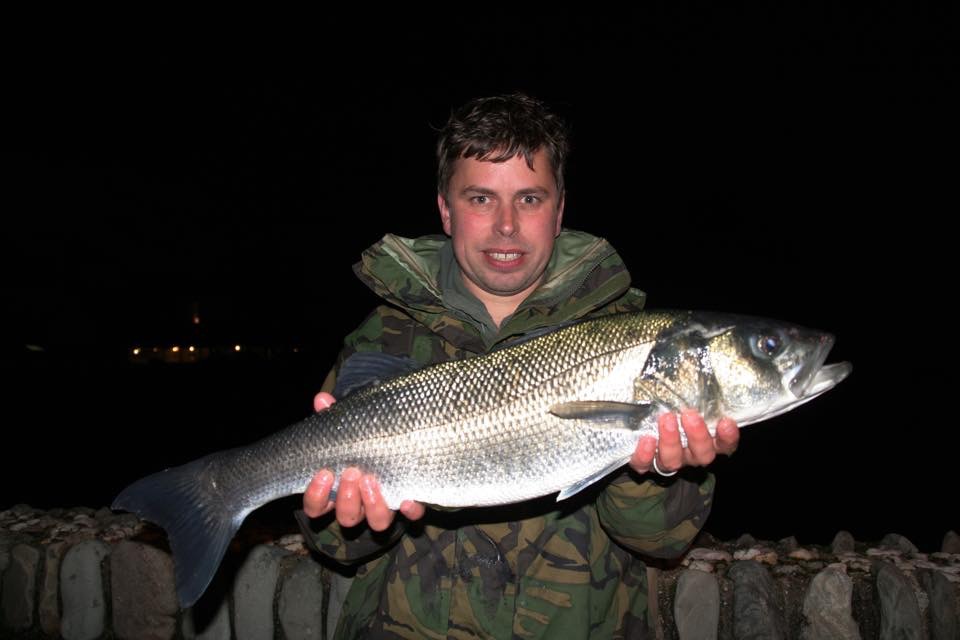 www.seaangling.org which runs for the rest of the year and to continue to cooperate with the studies, because if not our lack of participation will be interpreted as being that we are not interested and therefore unimportant. The old saying, you should be in it to win it, comes to mind and if what we have been saying for 25 years and more is correct, “that the recreational Sector deserves better recognition in the management of fisheries”, we must continue to cooperate.