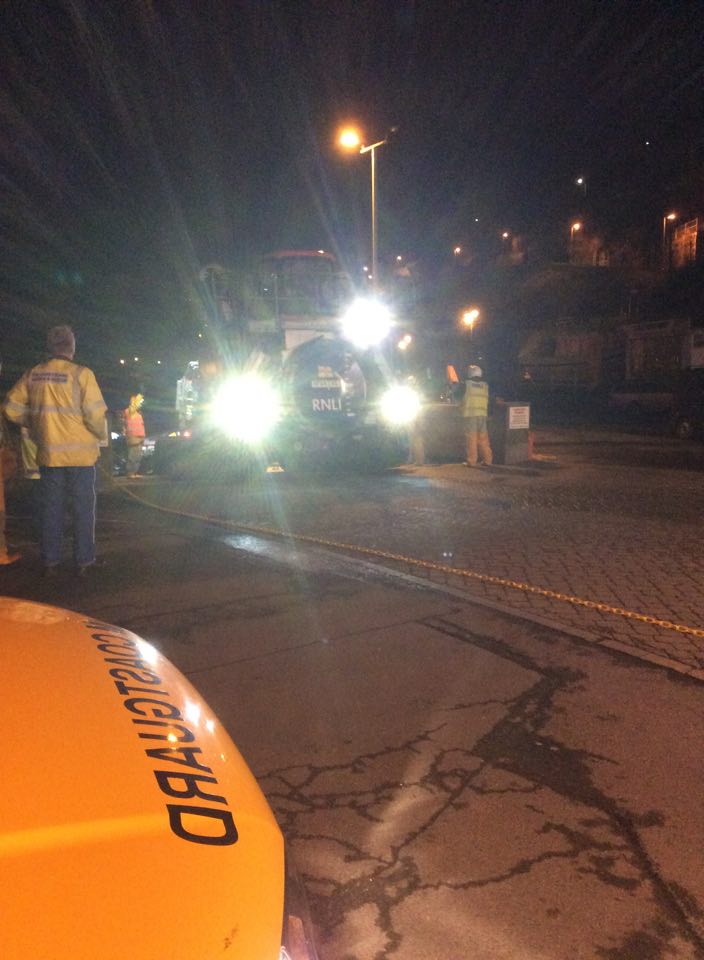 The North Devon Coast is a dangerous location especially during the winter months and keen sea anglers live on the edge. Despite plenty of warnings of the dangers of the sea events make the news every year some of them tragic. I have with kind permission of the Ilfracombe RNLI repeated their latest news post from social media. 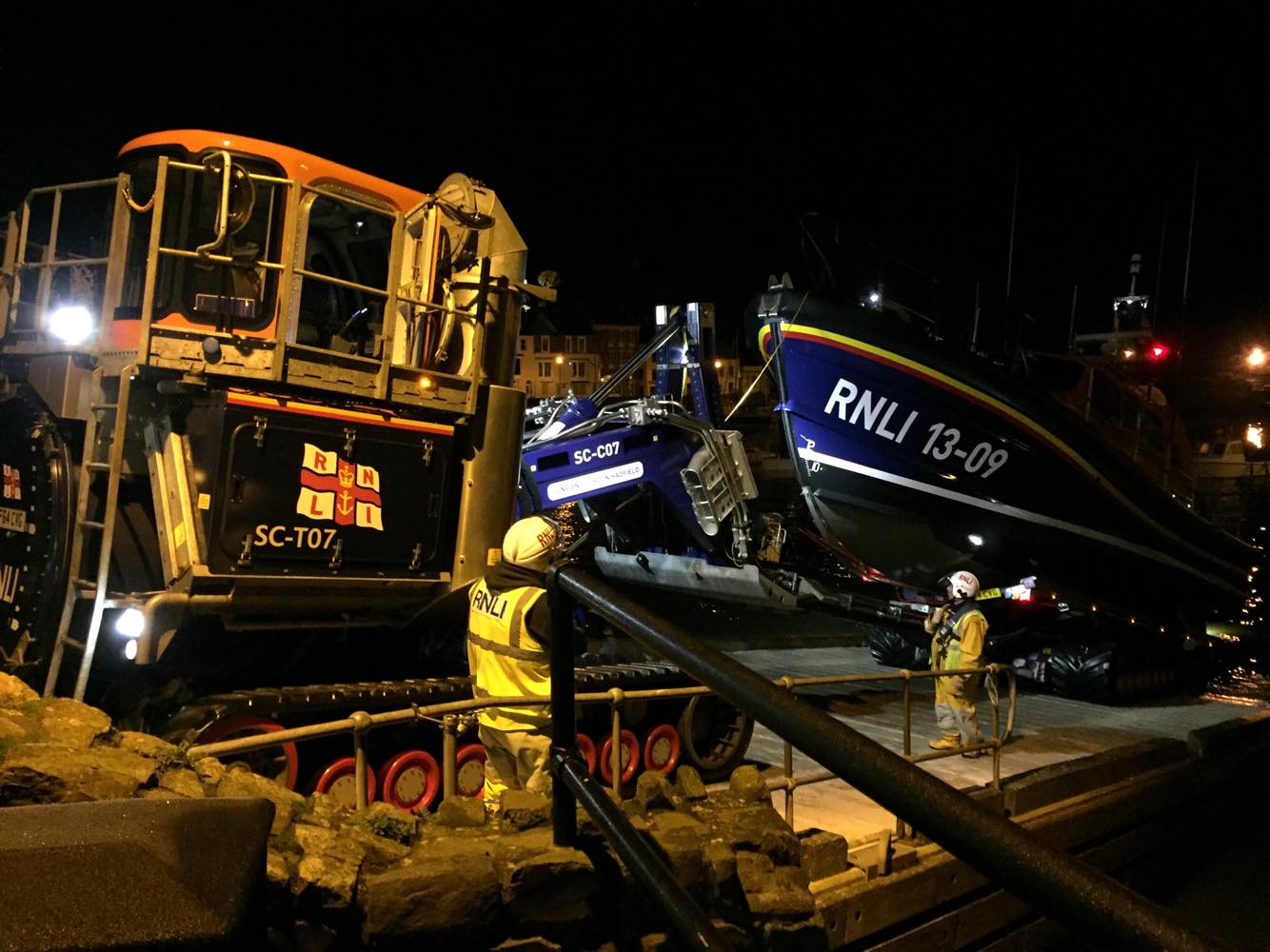 In the early hours of Tuesday morning both boats were launched to the assistance of three fishermen cut off near Sandy Cove, Combe Martin.
The pagers sounded at 1.25am and the volunteer crew soon mustered to launch both boats despite a frosty start for their vehicles. The All Weather Lifeboat, The Barry and Peggy High Foundation and our Inshore Lifeboat, The Deborah Brown II, made their way to Broad Sands beach and soon located the casualties.
All three were caught out by the tide, although experienced fishermen they had underestimated the rise of tide, and a 1.5m swell was running in choppy seas. When realising their difficulty one took the decision to raise the alarm but with no phone signal, he moved across the rocks and was taken into the water by the swell. The casualty was wearing a flotation suit but had a backpack and waders on, so had a struggle to free himself. He managed to kick off his waders but was battered on the rocks, he then wrestled to make his way to land and picked up a phone signal to call the Coastguards and raise the alarm.
The Ilfracombe Coastguards brought him back to Ilfracombe Lifeboat Station, while his two friends were picked up by the Inshore Lifeboat and transferred to the All Weather Lifeboat, and taken back to Ilfracombe Lifeboat Station.
The injured casualty said ‘ I never imagined I’d end up in the water and had serious concerns for my safety’

These anglers normally carry vhf but felt it was such a good evening it wasn’t worth carrying. Also mentioning that 112 can be picked up more easily would be advantageous. The casualty had to climb to the main road barefoot to get a call out.
The Coastguards administered first aid and the casualties were picked up for home. Volunteer Second Coxswain Carl Perrin said ‘ it was a very favourable outcome which could have been so easily a far worse result’
Both boats were back and ready for service at 3.45am. 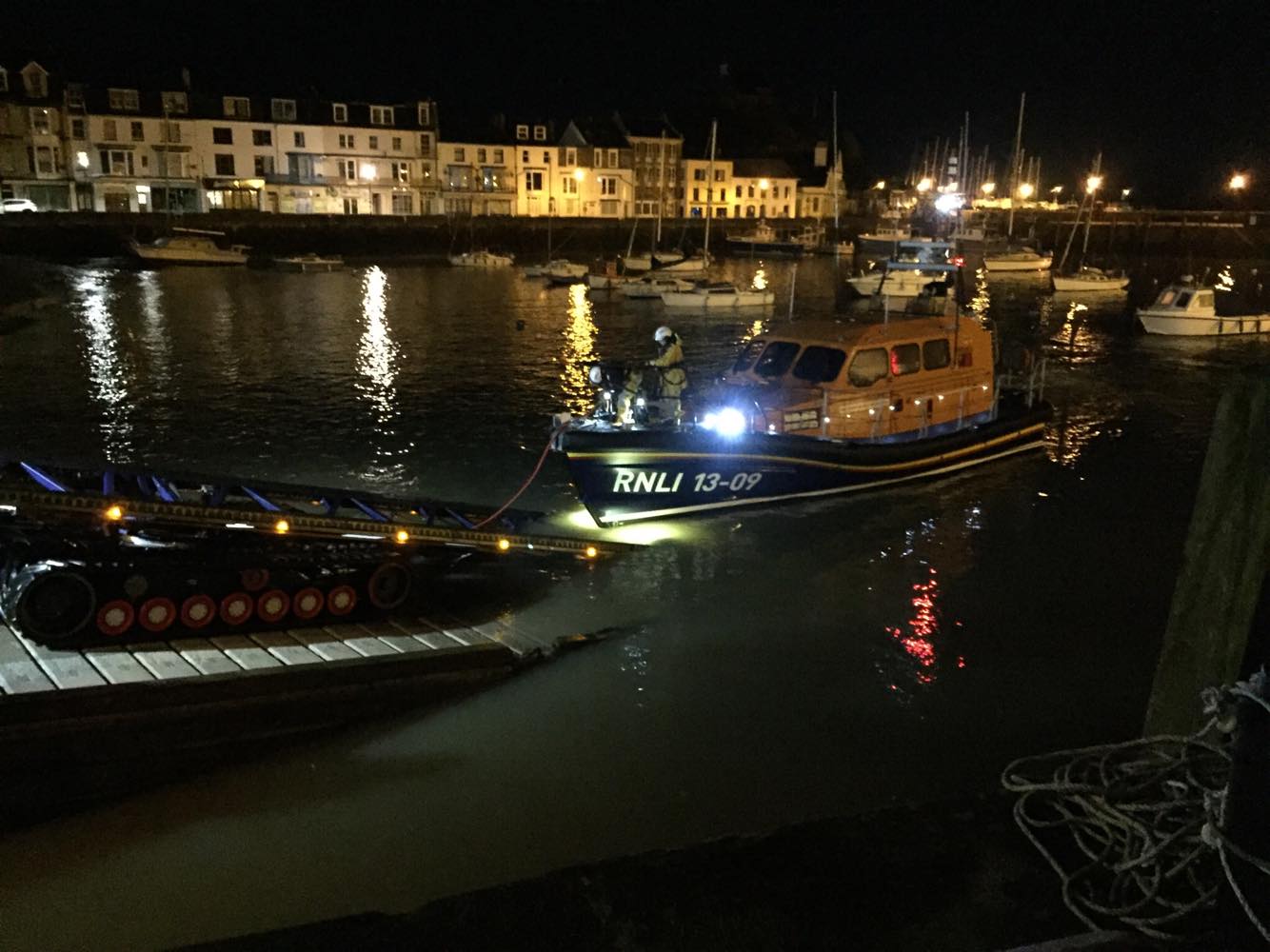 If we are honest most experienced sea anglers have had a few close calls. There are always lessons to be learnt and one of those has to be knowledge of the tide and weather conditions. I know Outer Stone Broadsands well and have fished there many times. It is a low water mark that I would only fish during settled conditions. Access is via a gulley that dry’s out for a short time over low water. An observation I would make is that it is easier to cross the gulley as the tide drops but far more difficult to get back if the water is at the same level on the flood. It is imperative that the rock is vacated in plenty of time as the tide floods.

The wearing of waders adjacent to deep water is questionable as falling in wearing these will make getting back to shore difficult. The wearing of flotation suits or aids is to be recommended but is not common practice. The carrying of a mobile phone to raise the alarm if all goes wrong is essential. The carrying of a lifeline is also a wise addition to the anglers pack. It is also unwise to fish alone. Always let someone know where you intend to fish and an approximate time of return.

The RNLI and Coastguard do a sterling job in rescuing those that get it wrong and are to be applauded.