The pictures below sum up the Spring so far. Many thanks to Martin Turner for his new report from the enduring North Devon Match Group! 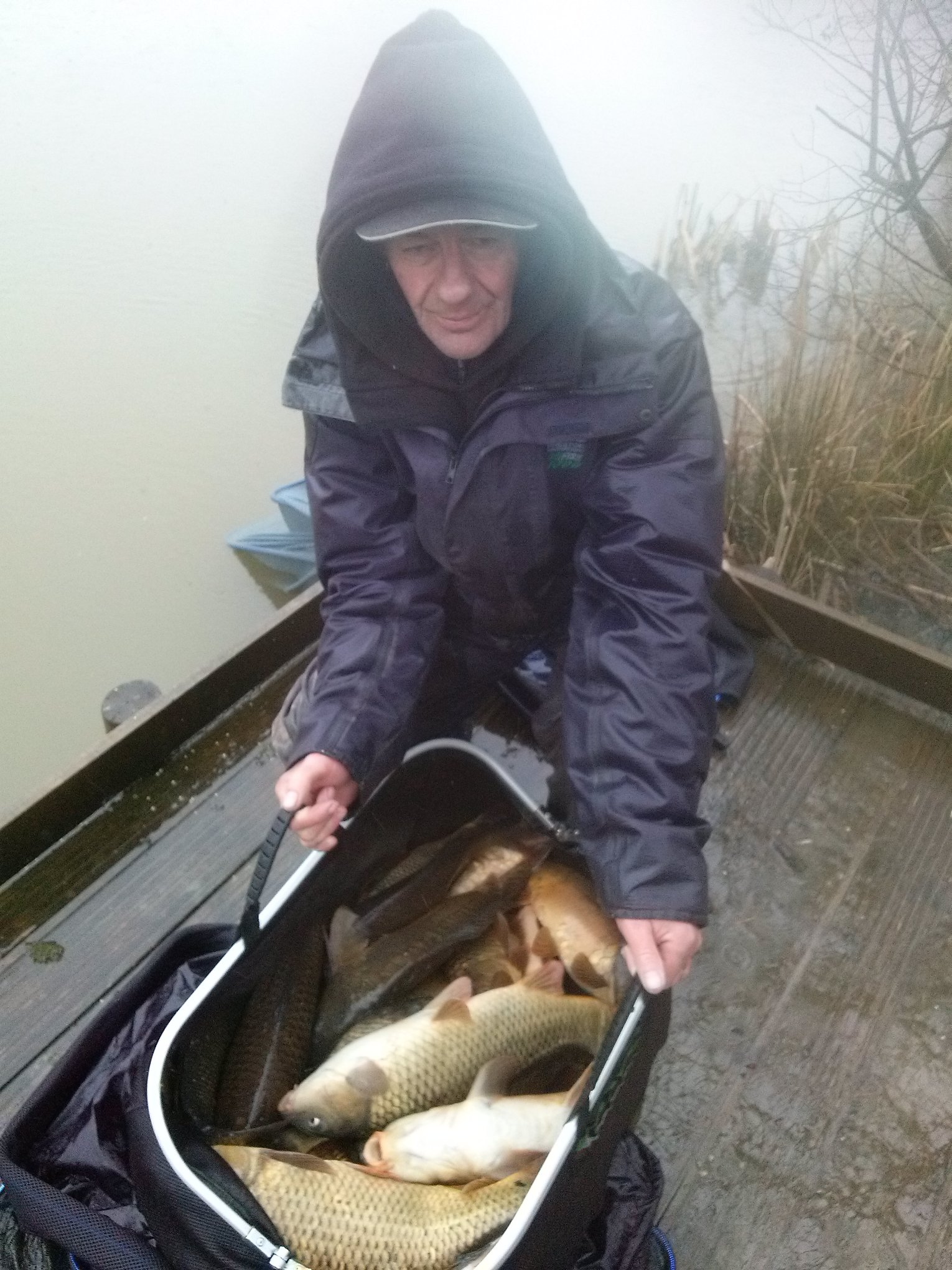 Despite our efforts that man Shears has secured yet another victory! Kevin drew on the road side on lake 4 and landed 20 carp on corn on the pole in the margins. Christopher drew on one of the reed beds on lake 3 for second also on corn on the pole. Martin was next peg to him , and caught on bread and maggots. The spring day started well for the 17 competitors but deteriorated in to sleet by the time we weighed in .Thanks to Start Sharp for allowing us to use both lakes and providing breakfast rolls. 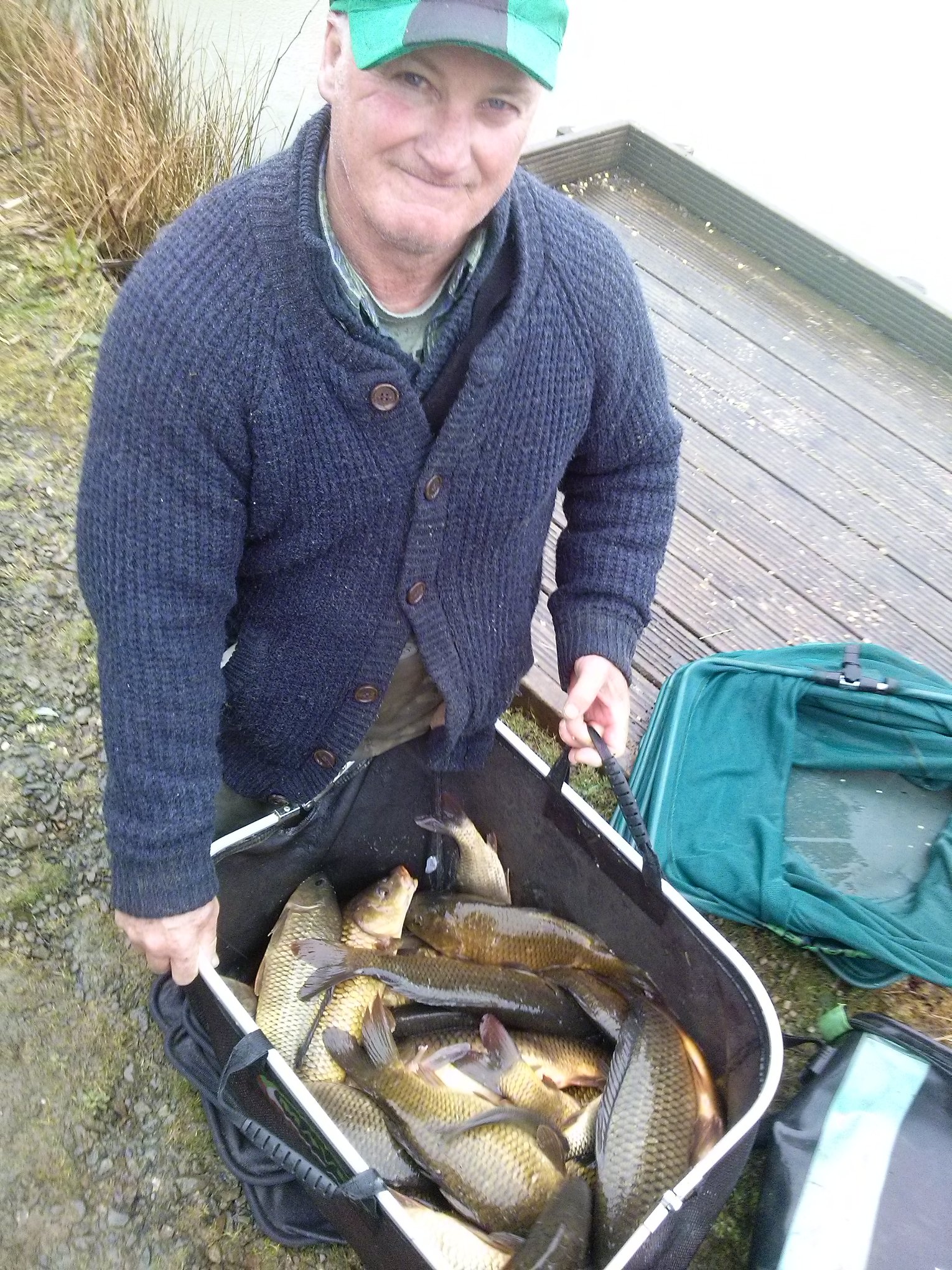 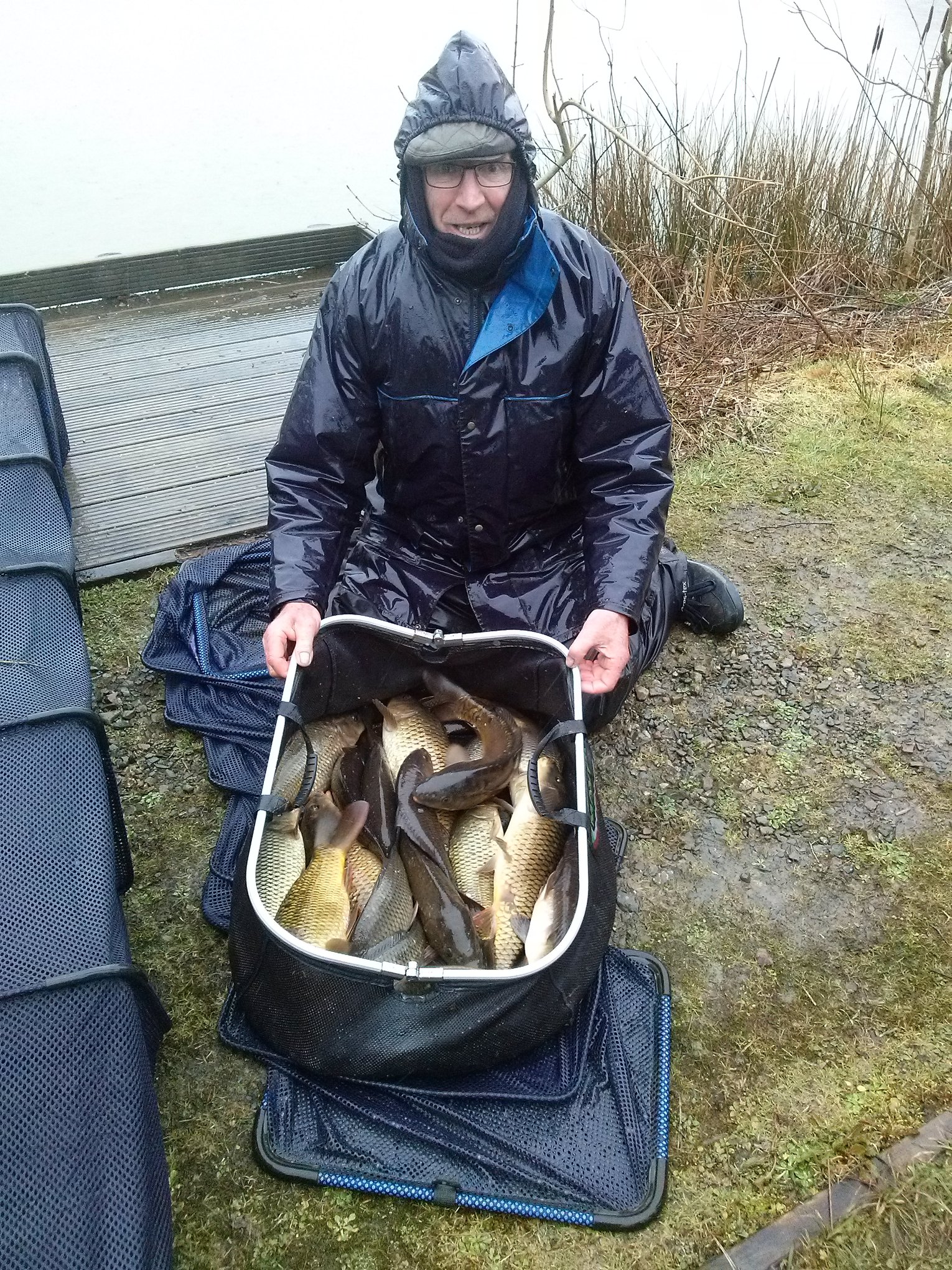 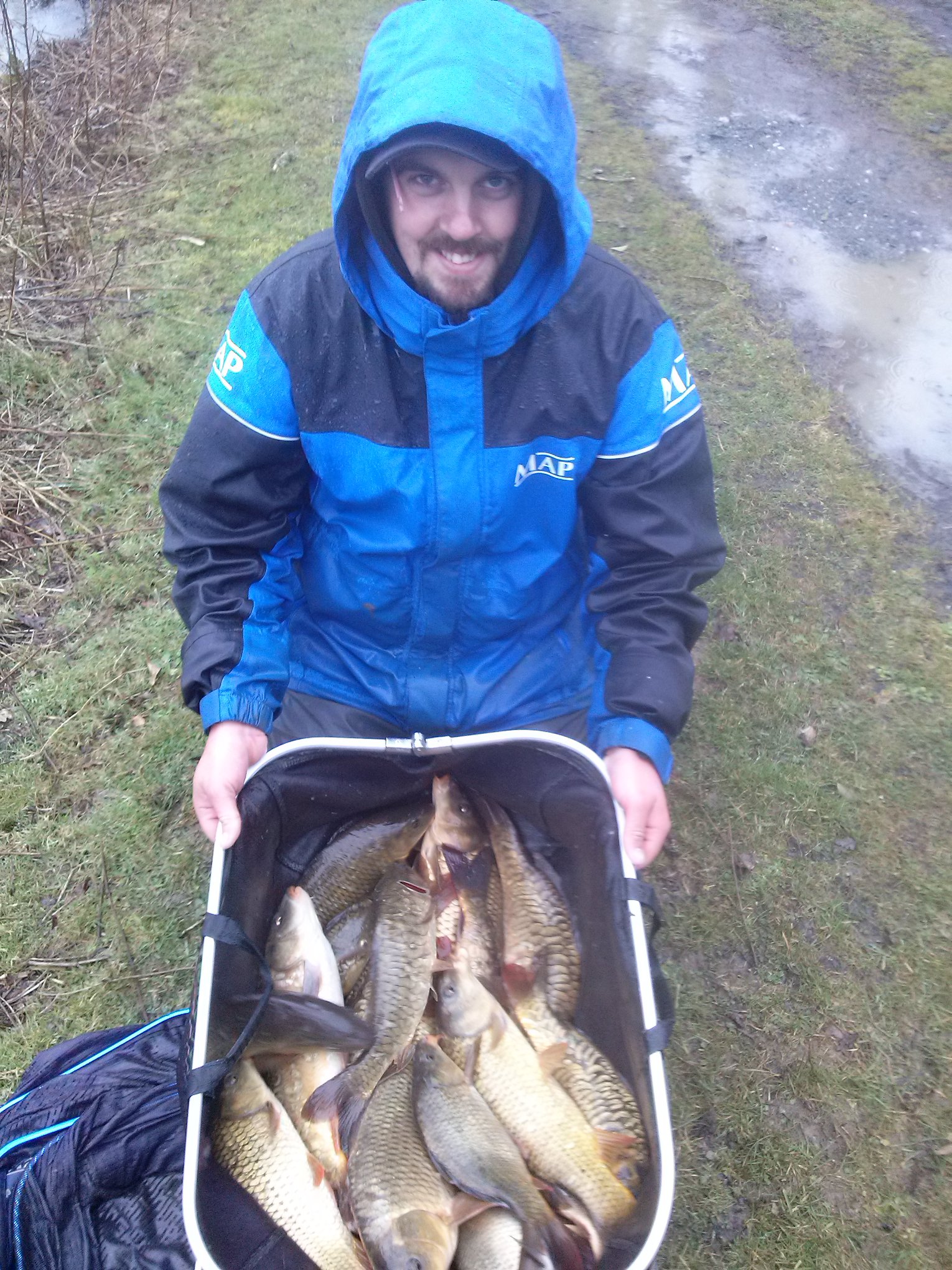 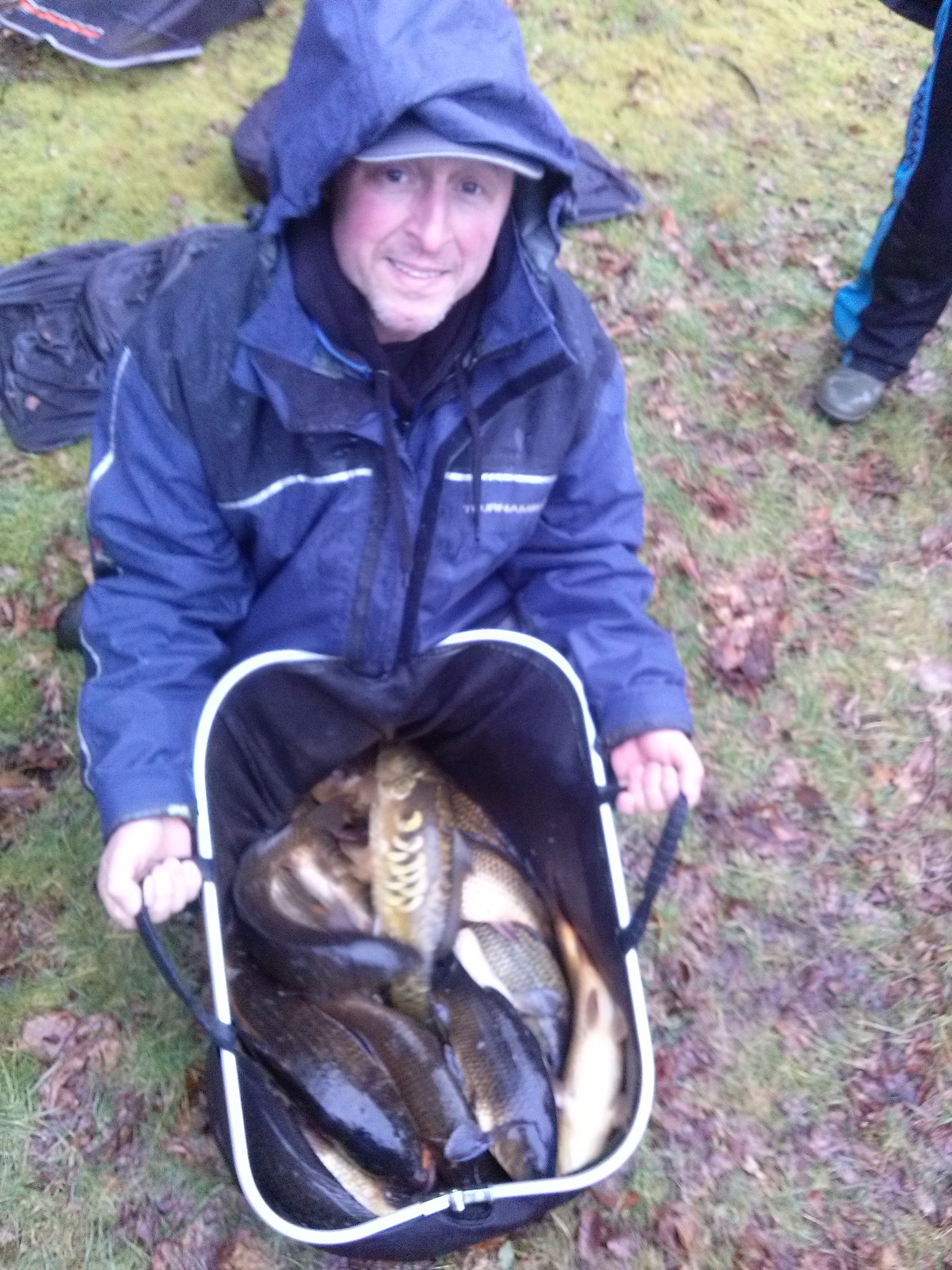 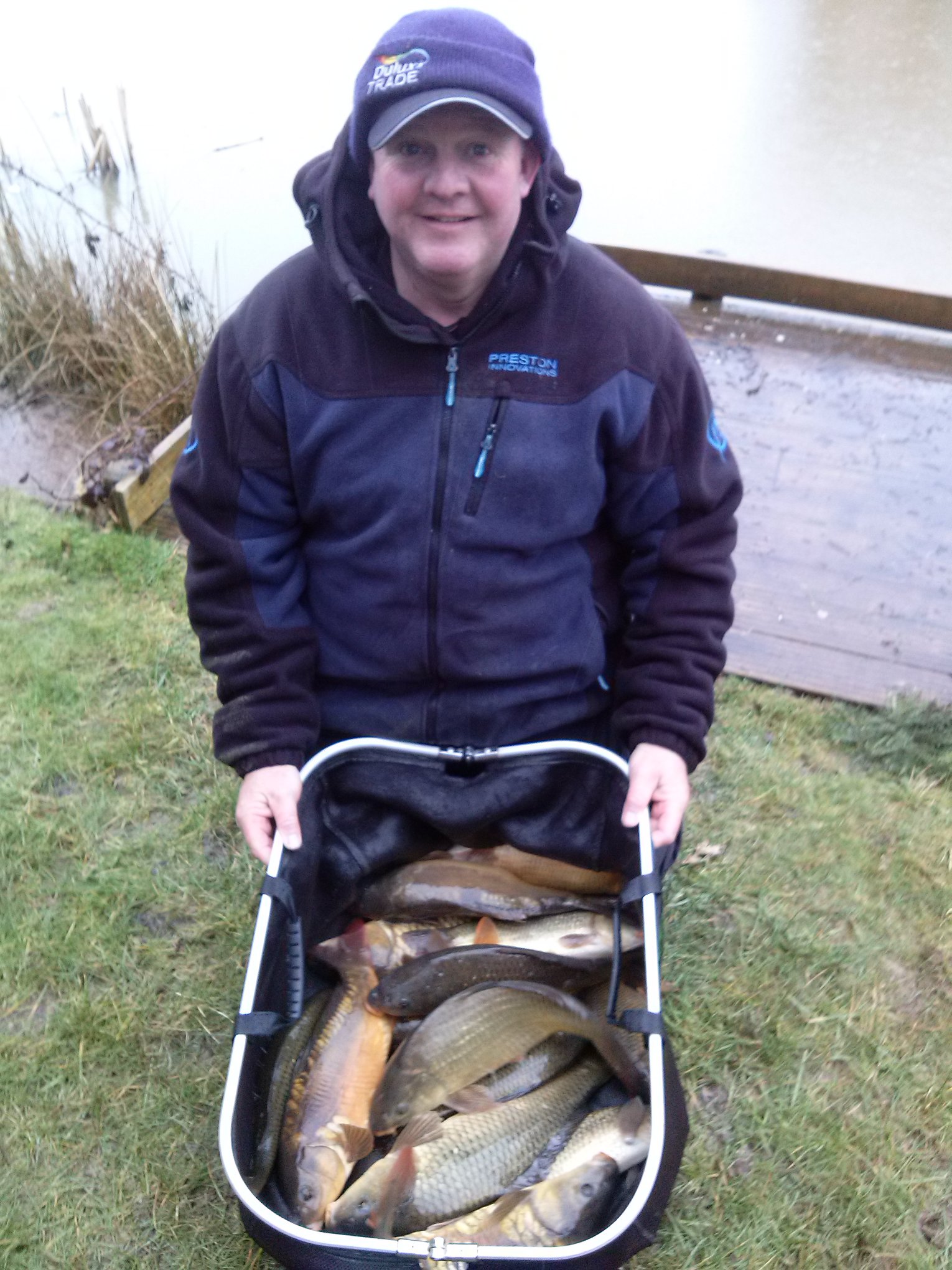 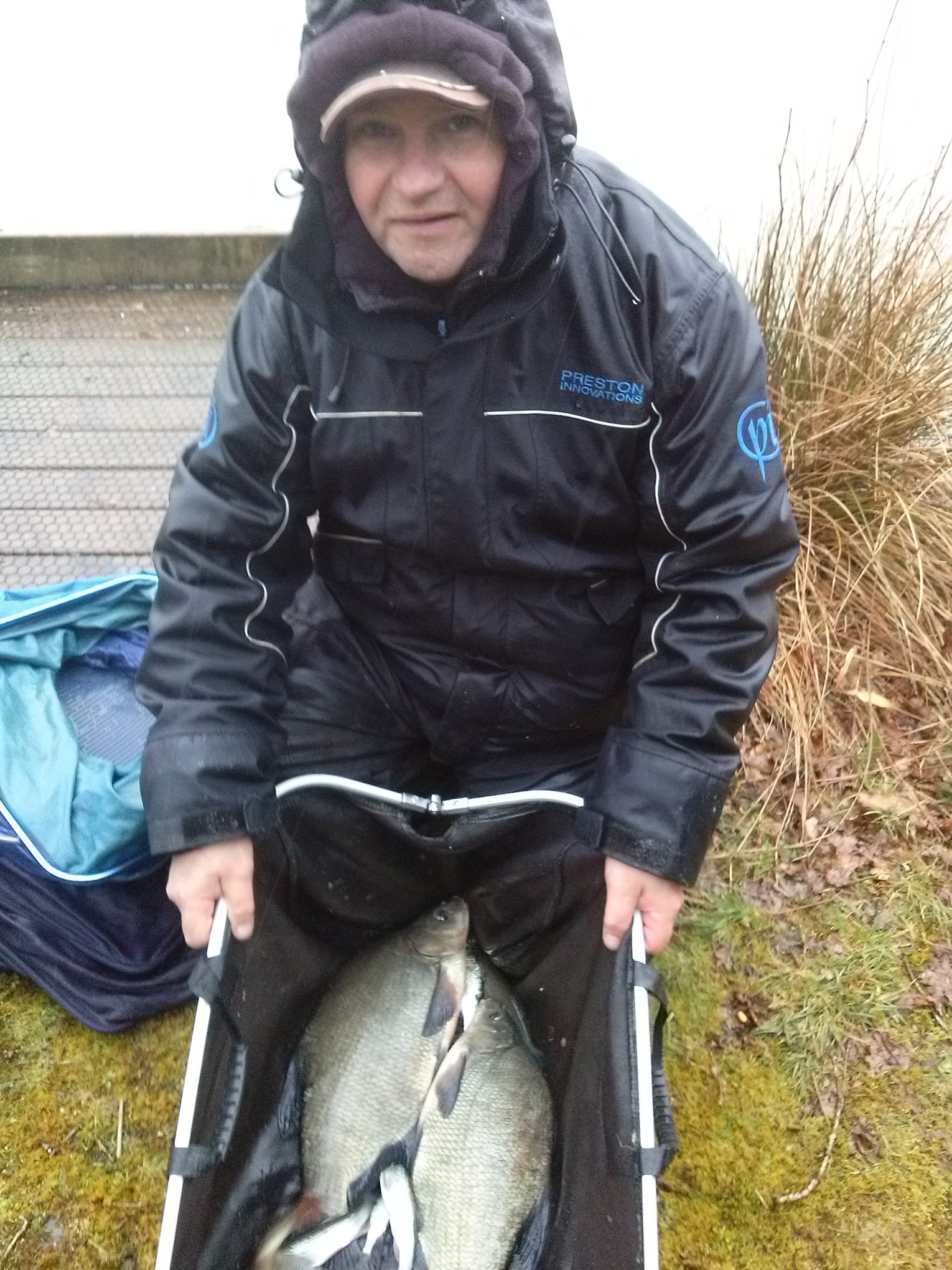