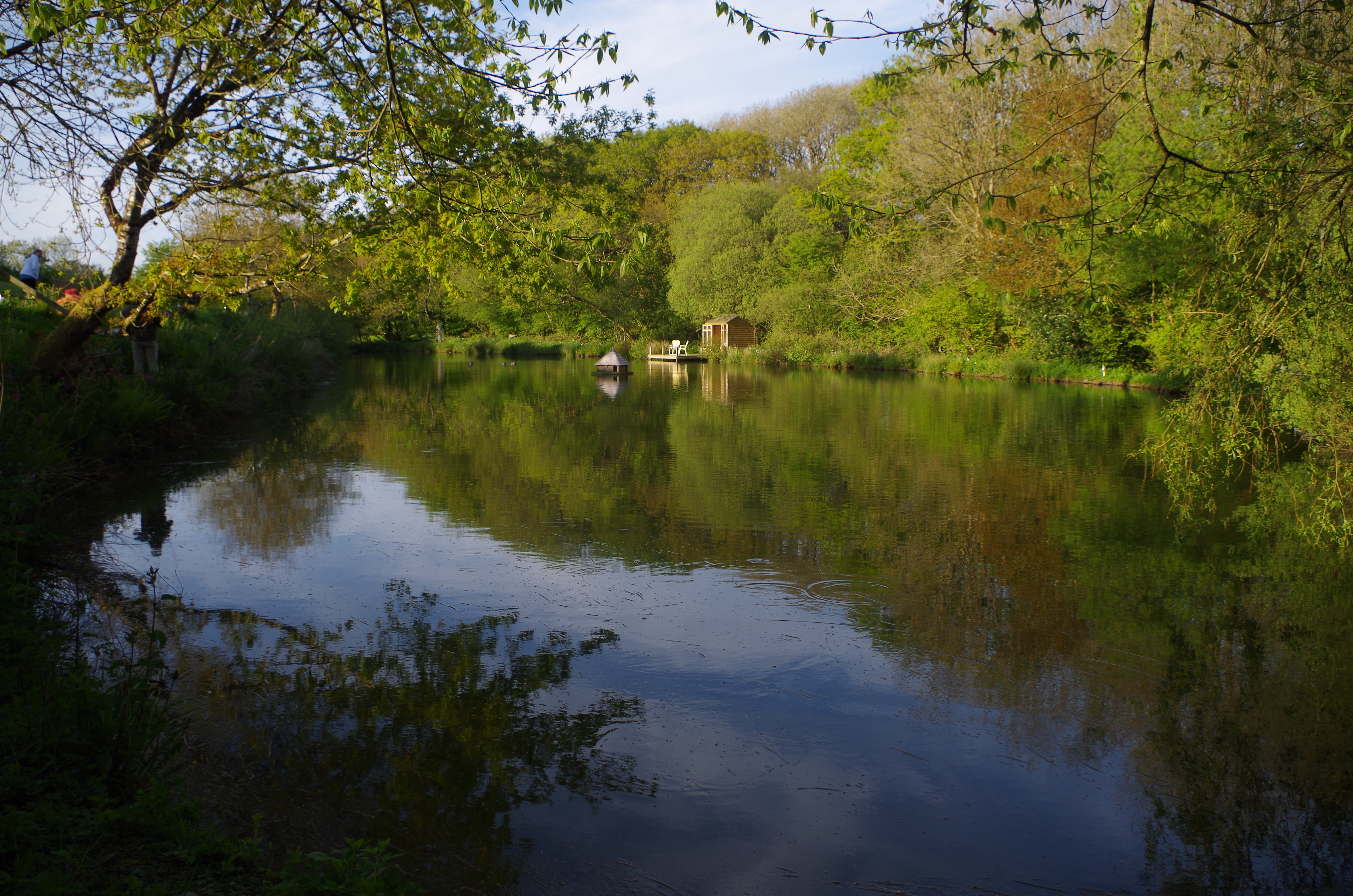 Agapi Fruit & Fishing is a small lake that nestles in a secluded valley a few miles from Torrington and is reached via quiet country lanes that make its discovery all the more rewarding. I had not visited since last September when I had visited with my wife Pauline and son James and wrote a review on the fishery. http://www.northdevonanglingnews.co.uk/2017/08/24/unique-fishery-agapi-fruit-fishing/

This is a fun fishing venue teaming with rudd and a few carp that have probably grown to a little over 5lb maybe more. I had persuaded Snowbee ambassador Jeff Pearce to join James and I on a fun trip to try and catch a carp using fly fishing tactics. James would act as back up using free lined stalking tactics to get a carp for the camera if Jeff and I failed. Jeff is a dedicated Fly Fisher and loves to catch his fish on Fly Tactics whilst I tend to be a little more flexible in my approach generally using whatever tactics are within the rules to catch. On this occasion however I was going to remain strictly Fly Only!

Jeff was first to tempt a fish a small golden scaled rudd. 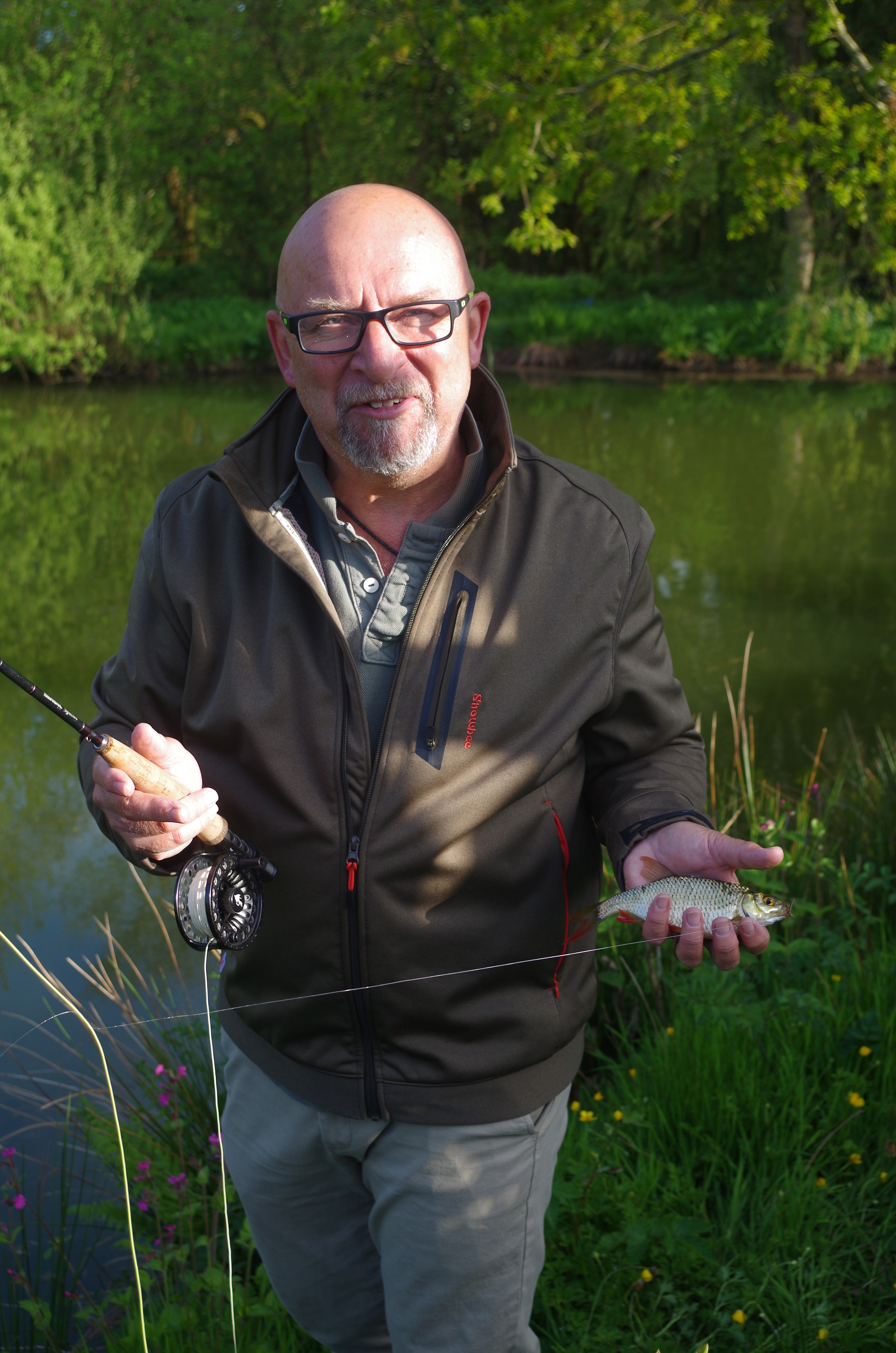 This was closely followed by a couple more tiny rudd on Jeff’s small nymph patterns. The fascinating aspect of this being that once a couple had been caught it seemed that the lakes population had been briefed for catching consistently became frustratingly difficult. 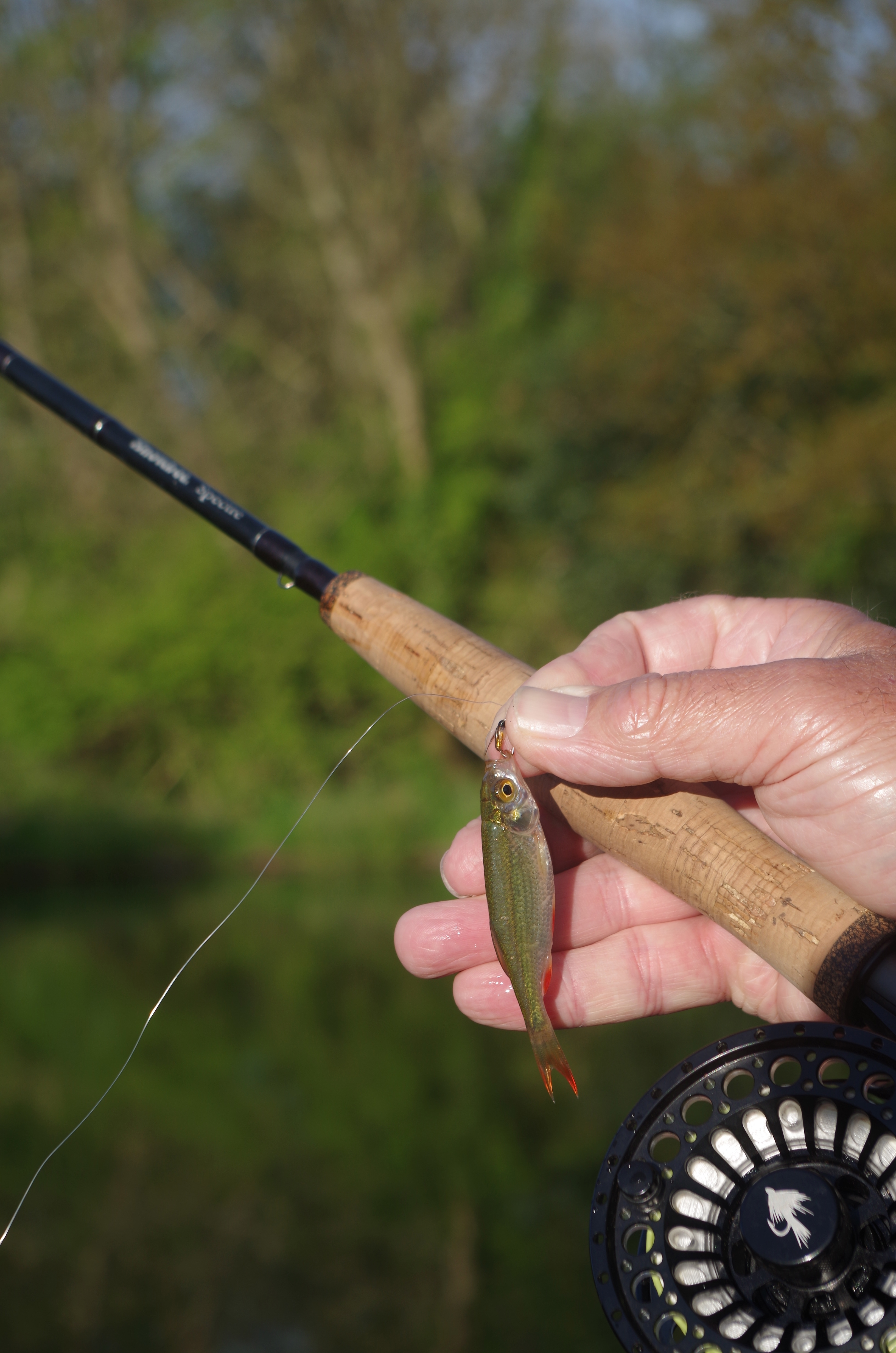 James was persisting with the traditional bread tactics and caught a pleasing rudd early in the evening and glimpsed a couple of carp cruising the margins. 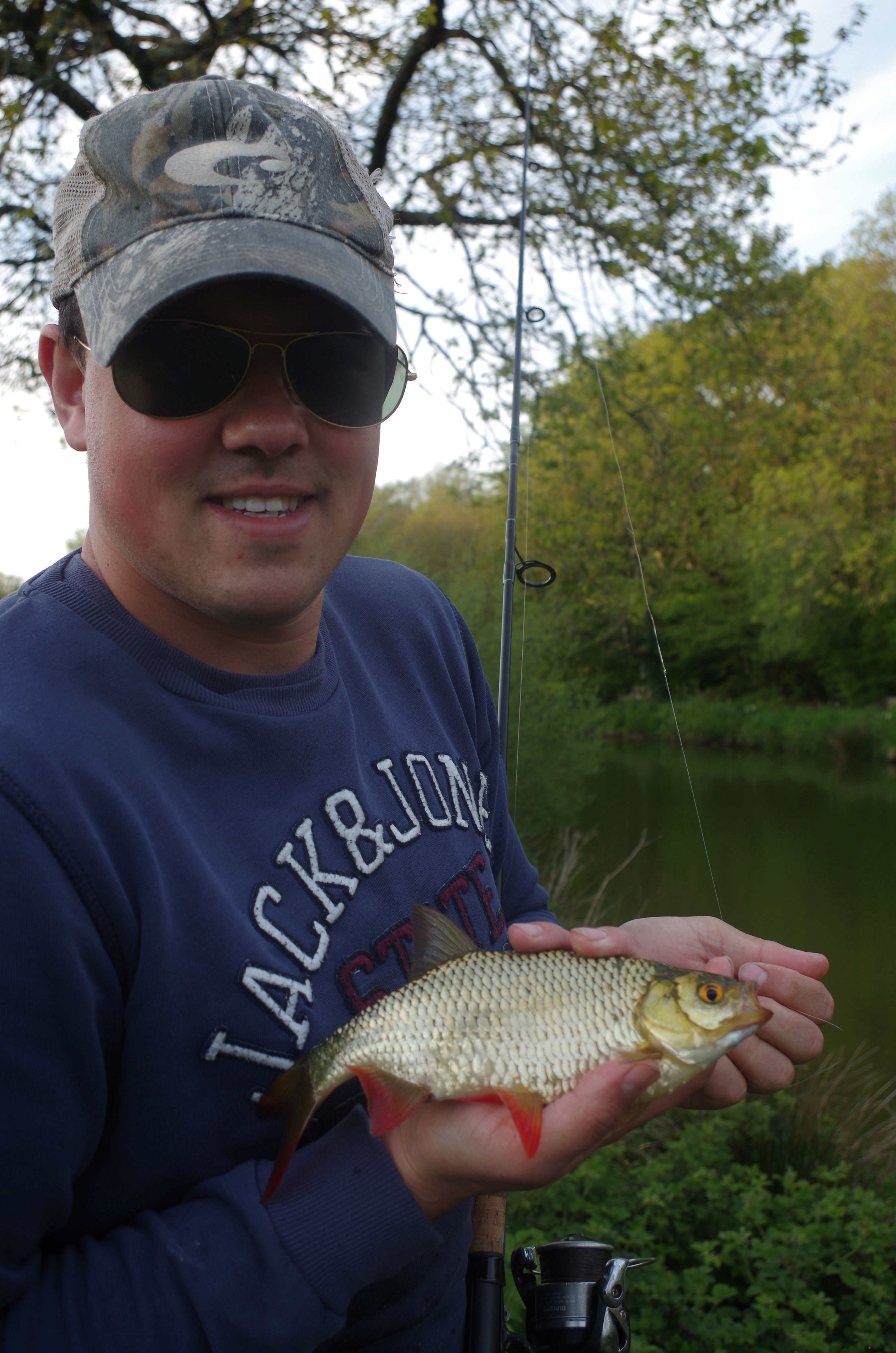 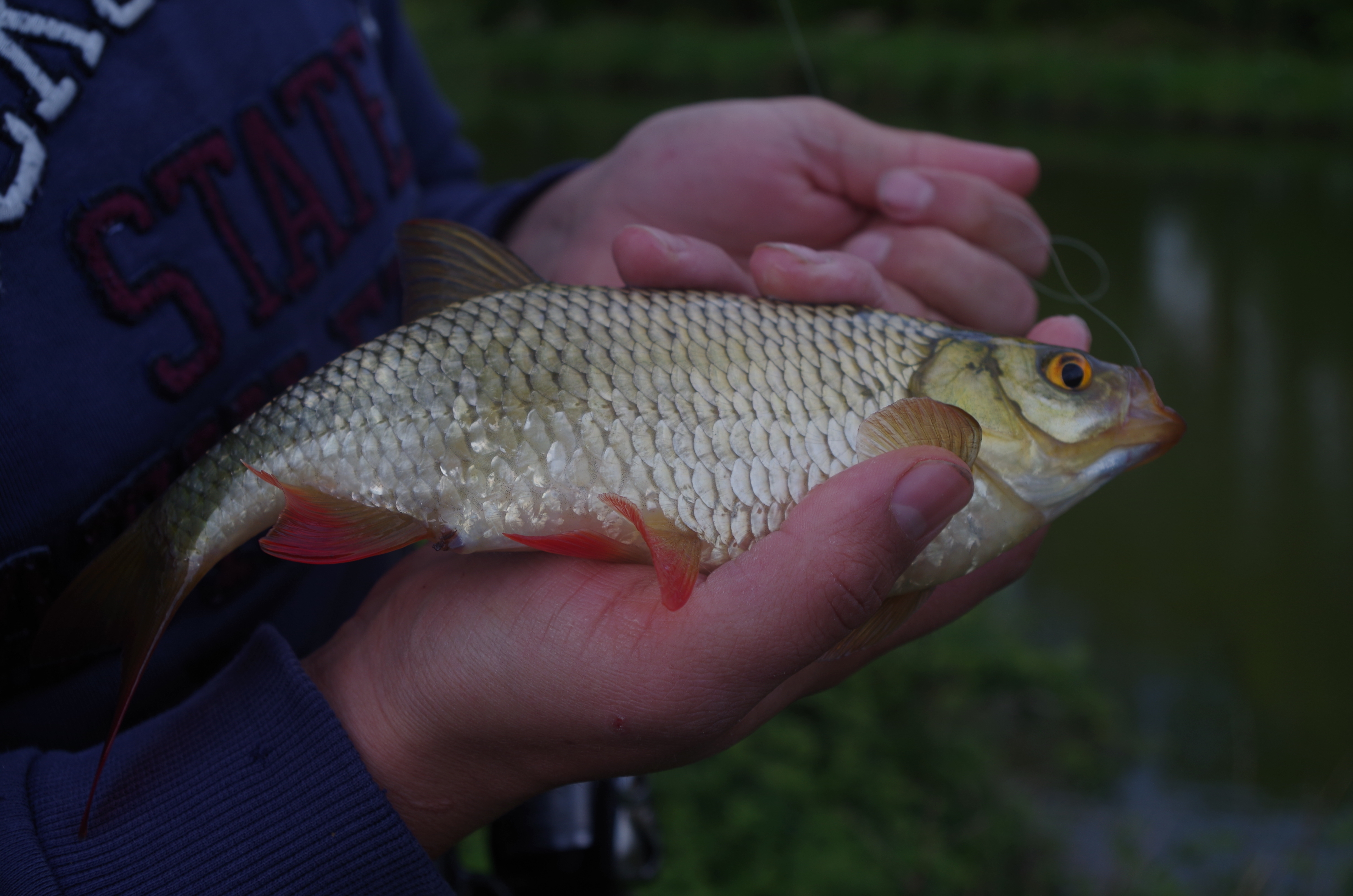 After a couple of hours we retired to the lakeside Summerhouse for a well earned cuppa with delicious ham and chutney sandwiches, salad, crisps and Kit Kat’s. Special thanks must go to Sandra for making us welcome and ensuring we didn’t go hungry.

Fortified we returned to the fishing I dabbled my chum mixer fly in the margins and watched the rudd nudge and nibble at it whilst I hoped to see a carp materialize from the green tinged water and devour my offering. Jeff and James had crept up to the shallows where James had spotted a few carp. I strolled up to see how things were going and Jeff said a good carp had slurped up a bit of floating crust from amongst the reeds. James had modified his tactics and was using a chum mixer on the hook that slowly sank with the weight of the hook. This tactic proved successful as the line suddenly zipped tight and the rod hooped over as a carp surged to and fro stirring up clouds of silt as it fought gamely before eventually slipping over the rim of the net. Sandra appeared at this moment to congratulate James on catching the first carp of the season a handsome mirror carp of around 4lb. 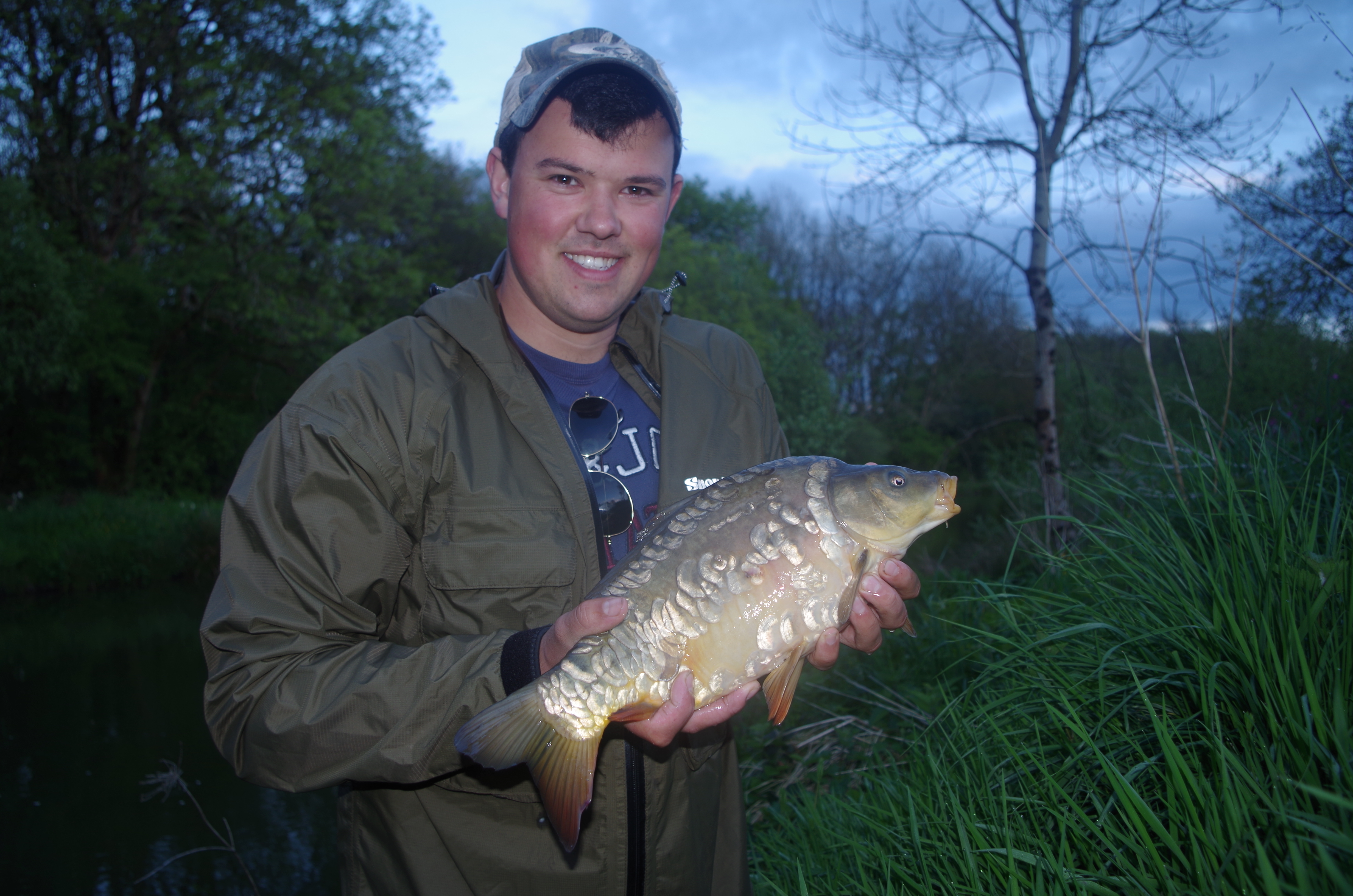 Agapi is the perfect venue for a family fishing excursion with hordes of small rudd to ensure plenty of action and the chance of a carp to set the pulse of the young angler racing. This is thie sort of water all young anglers should start off on for many anglers today set their sights so high that they reach the summit too early without enjoying the journey. Of course old timers like me still get immersed in the fascination of the chase and the challenge of catching whatever the lake holds. 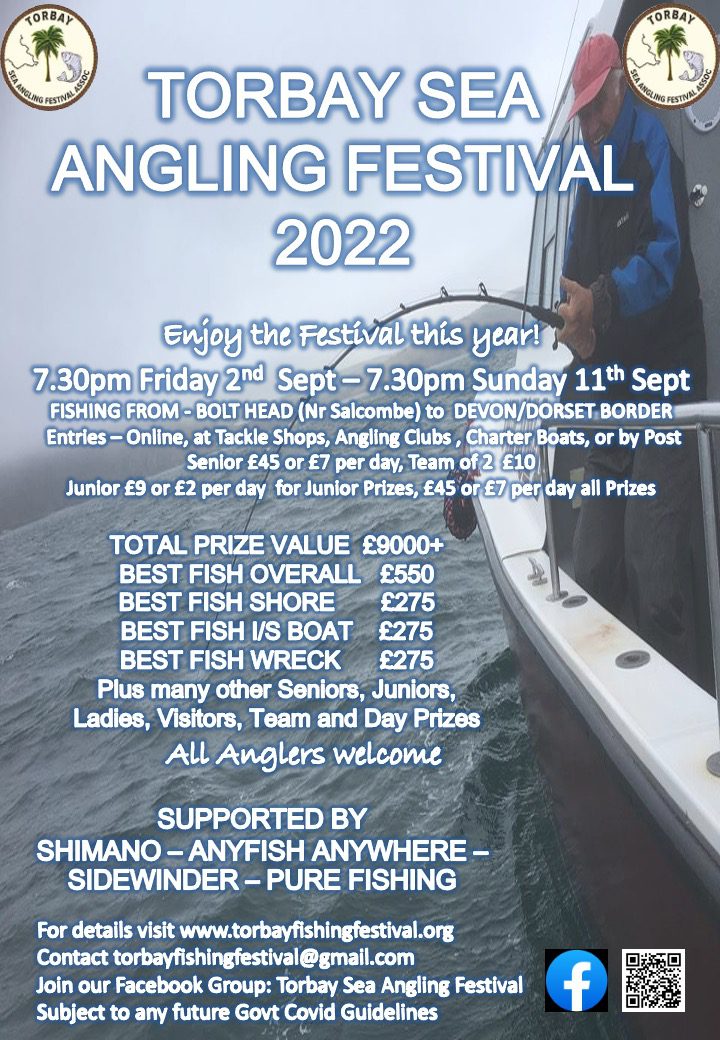 If you are going to Agapi I suggest you give Sandra a ring for directions and to book the lake and secure a few hours of tranquil seclusion deep in the countryside.