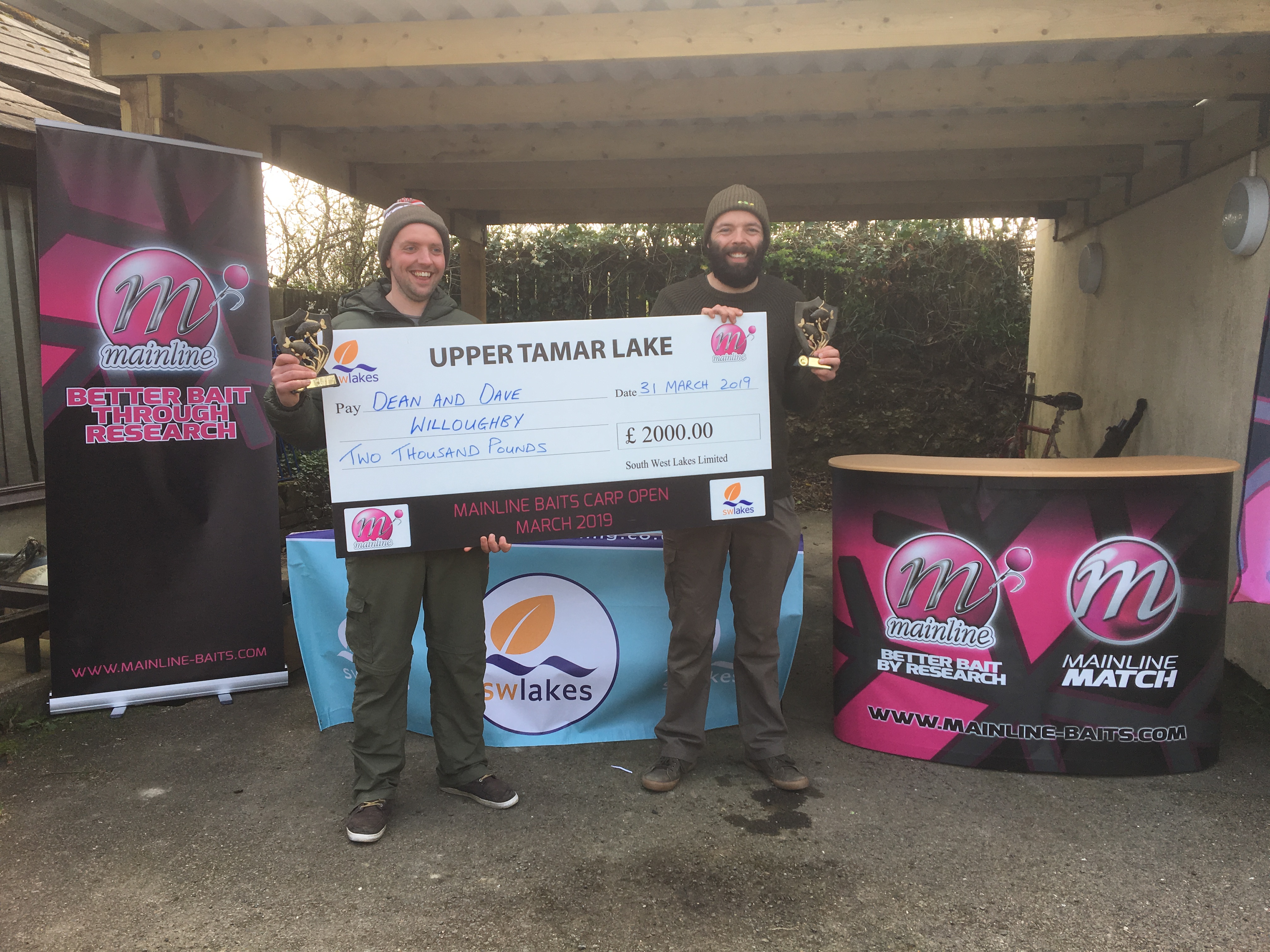 Report on the weekend from Ben Smeeth:

Our first Mainline Baits Carp open at Upper Tamar lake was a resounding success. The fishing was extremely tough but made for a really close competition which every pair of anglers could have won right up until the end!

33 pairs made the trip and the draw took place at 1pm with anglers choosing their swims in order. They also collected a Mainline Baits goody bag filled with some of their fantastic innovative products and a free 24 hour permit for Lower Tamar to use at their leisure.

The fishing was really hard, only 9 carp caught between everyone but this was great as a competition! The lake had been fishing so well leading up to the competition with fish to over 25lbs being caught regularly. The pressure of the competition and weather conditions really made it difficult for the anglers.

The winners were Dean and Dave Willoughby from Barnstaple. They banked a cracking 24lb 6oz common from peg 32 to take the £2000 top prize.

Runners up were Karl Yates and Allan Jones from Bude who managed 2 fish for 22lb 15oz and they collected £1000.

Third place finishers were Rich Ford and Nigel Woods from Launceston who had a cracking 21lb 10oz mirror.

The stamp of fish was really good and it was a great weekend. The next Mainline Baits carp open pairs in on 5-7 July and is already filling up fast! Bookings can be made on 01566 771930 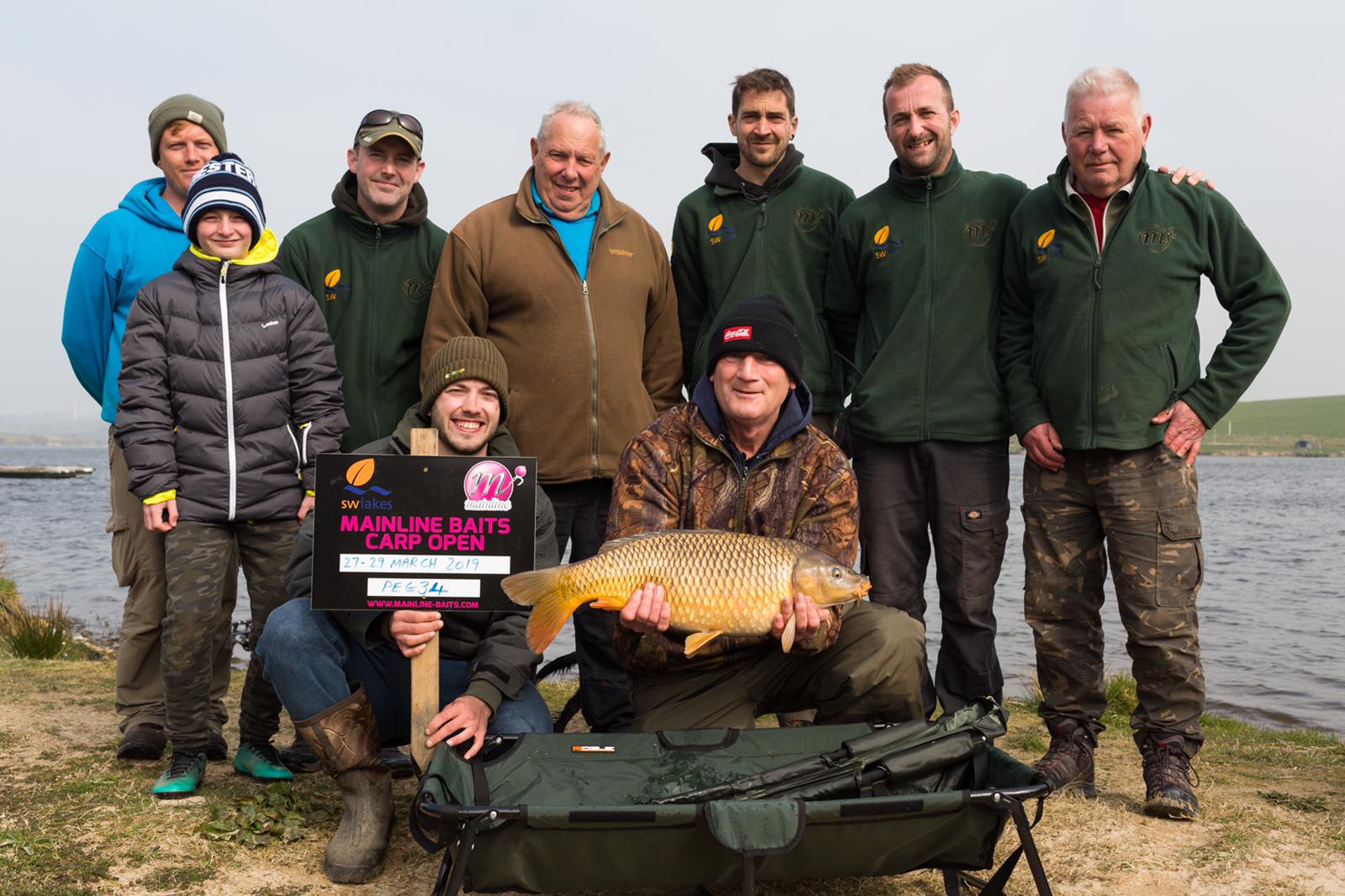