Combe Martin SAC members Mark Jones and Craig McCloughlin fished off Scotland’s West Coast and enjoyed success with some huge skate. Fishing on one and a half days ( second day was cut short due to bad weather) the four anglers boated five skate with Marks estimated at 193lb and Craig Mc Cloughlins 191lb. The other skate were between 136lb and 188lb.The fish were tempted using three whole mackerel sent to the Bottom in 500ft of water using 4lb of lead, 80lb b.s braided line and rod to match.

“These creatures totally ruin your back,arms,legs and joints. Never experience a fight like it!!!!”.

These awesome fish are all carefully returned and are now thriving in the deep waters off the Scottish Coast. It is sad to reflect that fish as big as these once swam in the waters of the Bristol Channel but were wiped out by overfishing. 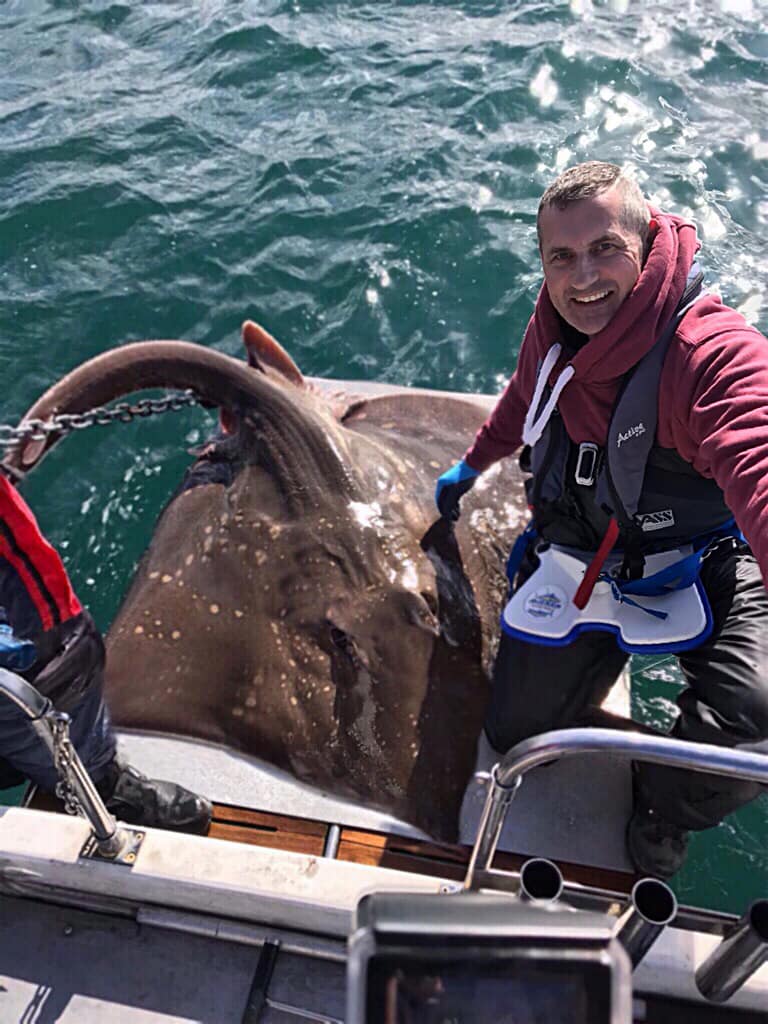 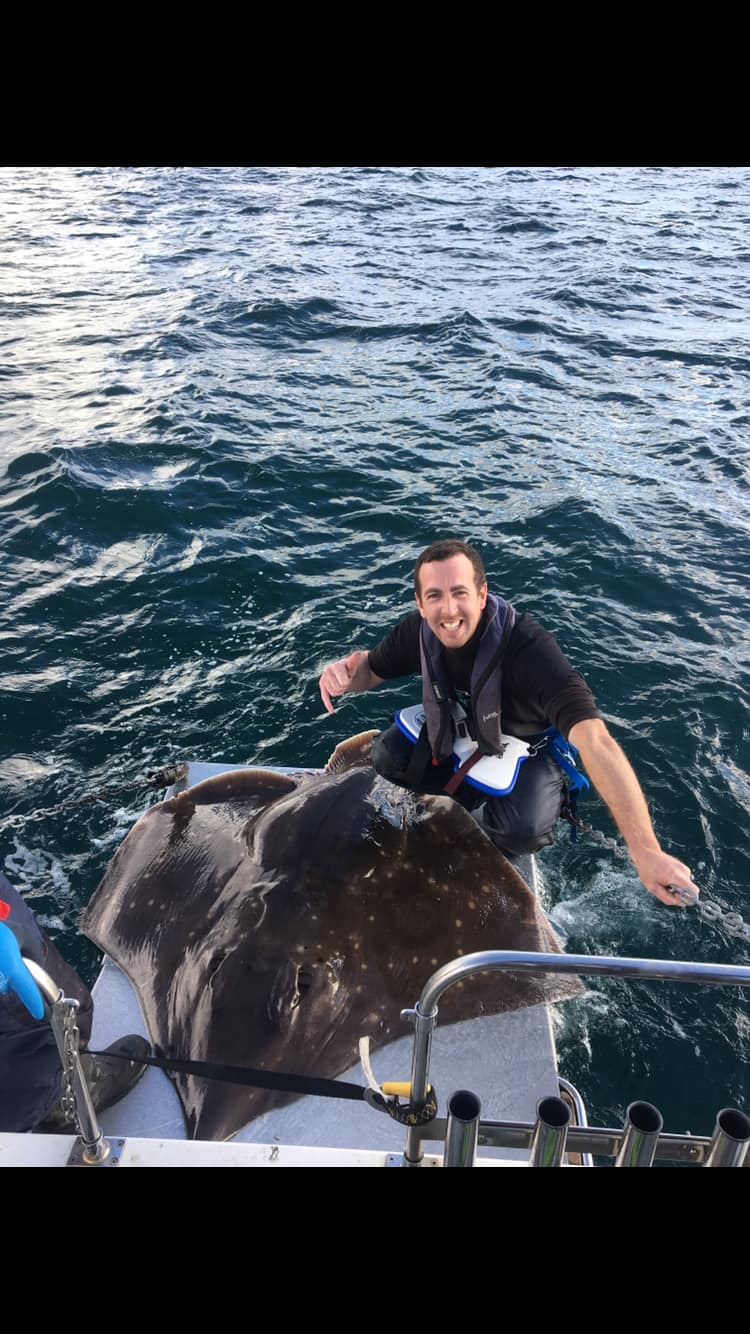 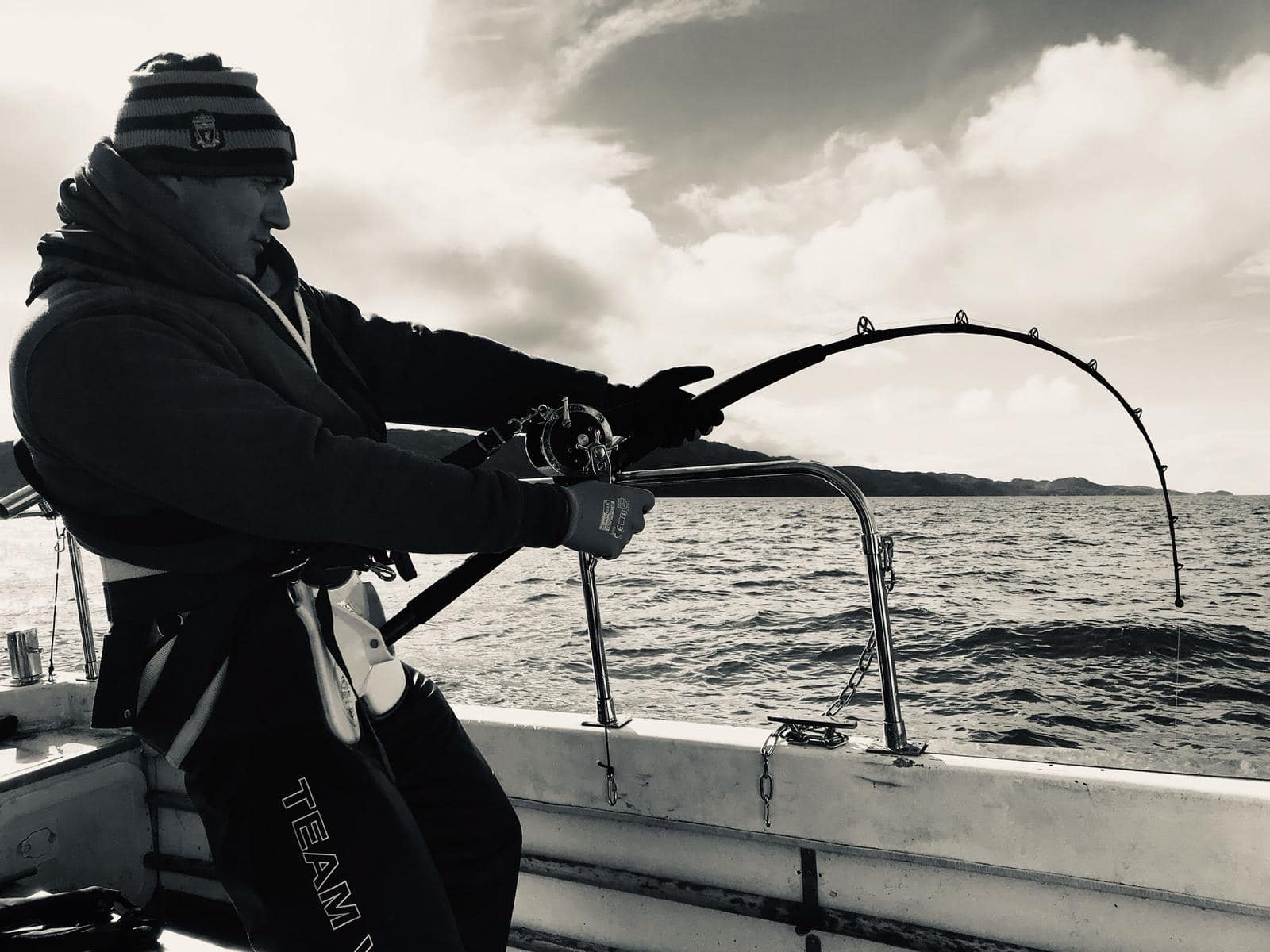