Bideford  & District Angling Club Opened their club Lake Tarka Swims back in 2006 and it has been a resounding success for the club attracting a good number of Junior anglers and providing a valuable facility for local disabled anglers. In addition to this it has been the venue for the club’s regular matches that are held monthly throughout the year with popular mid-week evening matches during the summer months.

On Saturday June 22ndthe club opened a new lake named ‘Karen’s Lake’. Construction of this lake commenced in March 2013 and the six years leading up to its opening have not been without difficulty with a few leaks along the way. The club’s membership have done a sterling job in completing the project with regular working parties and much behind the scenes work to obtain funding and expertise. The venture has been a partnership between Bideford Club and the Environment Agency with funding from rod licence revenue and local businesses. The lake has excellent access for disabled anglers along with toilet facilities.

Karen’s Lake has been stocked with around seventy carp over 10lb with the biggest close to twenty pounds. The lakes opening saw a large number of local anglers descend upon the lake with their families. It was a perfect summers day with warm sunshine and a vivid blue sky decorated with white cotton wool clouds drifting on a warm summer breeze. 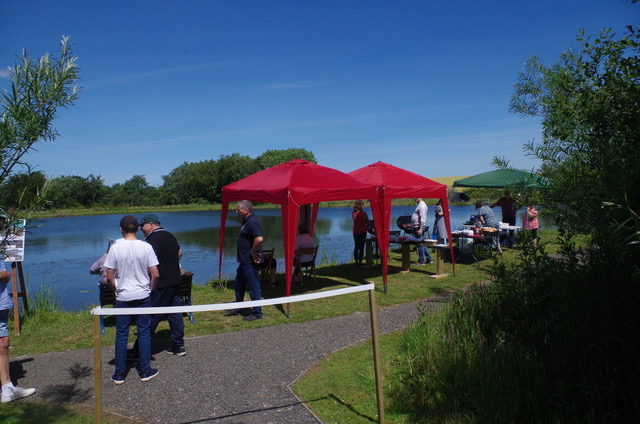 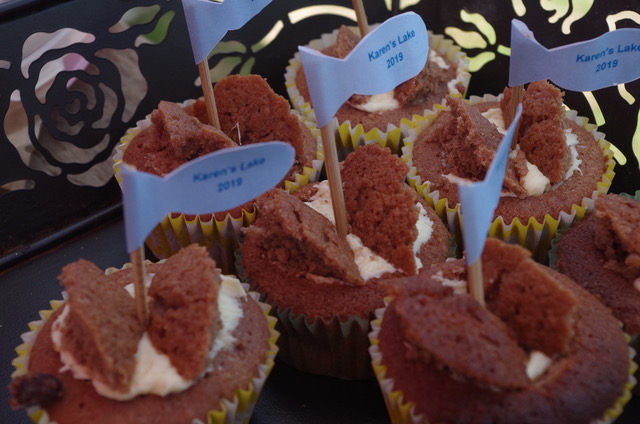 Gazebo’s, barbecue and cupcakes gave the event a village fete atmosphere. The carp were active swirling in the weeds as some began to spawn amorously as the water warmed. Other carp could be seen cruising in the clear water occasionally slurping down a piece of floating crust.

The first carp officially caught from the lake within fifteen minutes was caught by Matt Cross and pulled the scales close to 17lb. A few minutes later Nathan England hooked a beautiful dark coloured common of 17lb 5oz; in a perfect script his son Jake England hooked a golden mirror carp to allow a father and son portrait. Several other carp were caught including a mirror carp to the rod of Junior angler Tyler Scott and another mirror to Dean Siford. 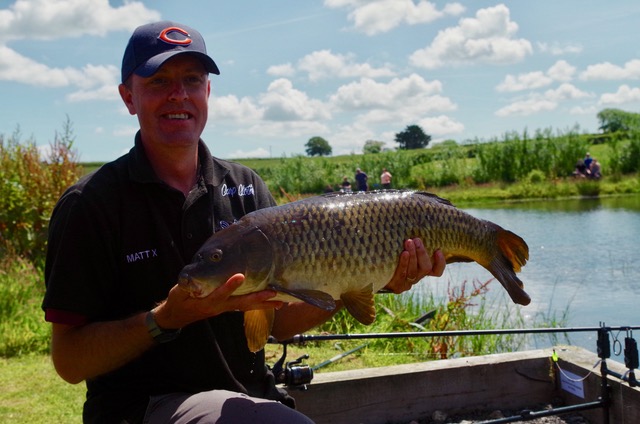 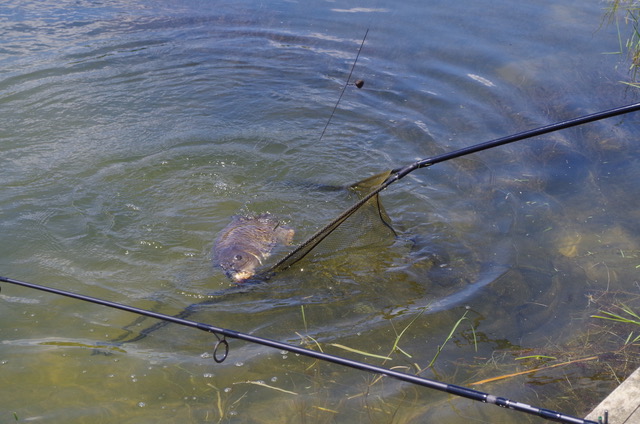 The carp will undoubtedly wise up quickly and become more of a challenge in the coming years but I am sure the lake will bring many hours of pleasure to local anglers. Both lakes are testament to the hard work of Bideford Angling Club and its supporters. The venues are a wildlife haven with dragonflies, amphibians, grass snakes, bird life and aquatic life abundant.

Day Tickets for Tarka Swims Lake can be obtained from Summerlands Tackle. 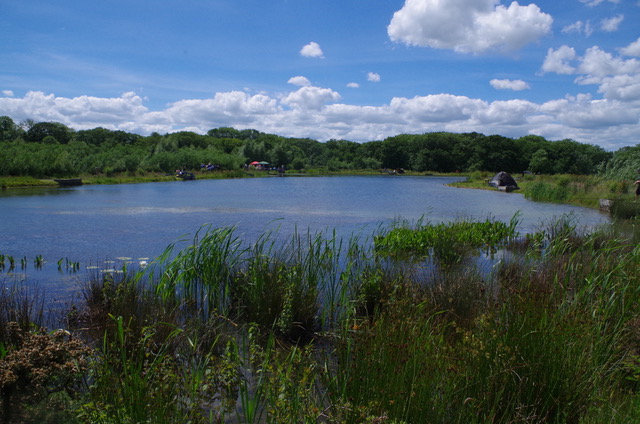