“A beautiful Valley, a charming old Inn, and a rugged cove that can provide plenty of sport for the shore angler.” From Sea Fishing in Cornwall” By Hugh Stoker. Angling Times Publication 3’6. Published in1960.

Hugh Stoker was a Sea Angler who wrote several books and a series of guide books on fishing in the West Country. I have the editions relating to North Devon, South Devon and Cornwall and have over the years visited many of the marks mentioned. In some cases, the marks have changed whilst in other cases much seems to have remained the same.

We were due to head off Penzance in search of blue shark but the weather did not play ball and we were forced to seek alternative sport from the shore. We had planned to do a little shore fishing on the Thursday anyway with sharking planned for the Friday.

Lamorna Cove sounded an appealing place and a little research proved encouraging if one ignored the extensive rants about the car parking prices and the company that enforces the rules.

On the way we called into West Cornwall Tackle in Penzance where we were given plenty of useful advice on where we could use our ragworm and a few bits of tackle.

We were pleased to arrive after the three hour jaunt from North Devon and set off enthusiastically along the rugged coastal path, littered with granite boulders and perilous sheer drops to the sea below. After a ten minute walk we arrived at an impressive rock stack and set up our tackles. 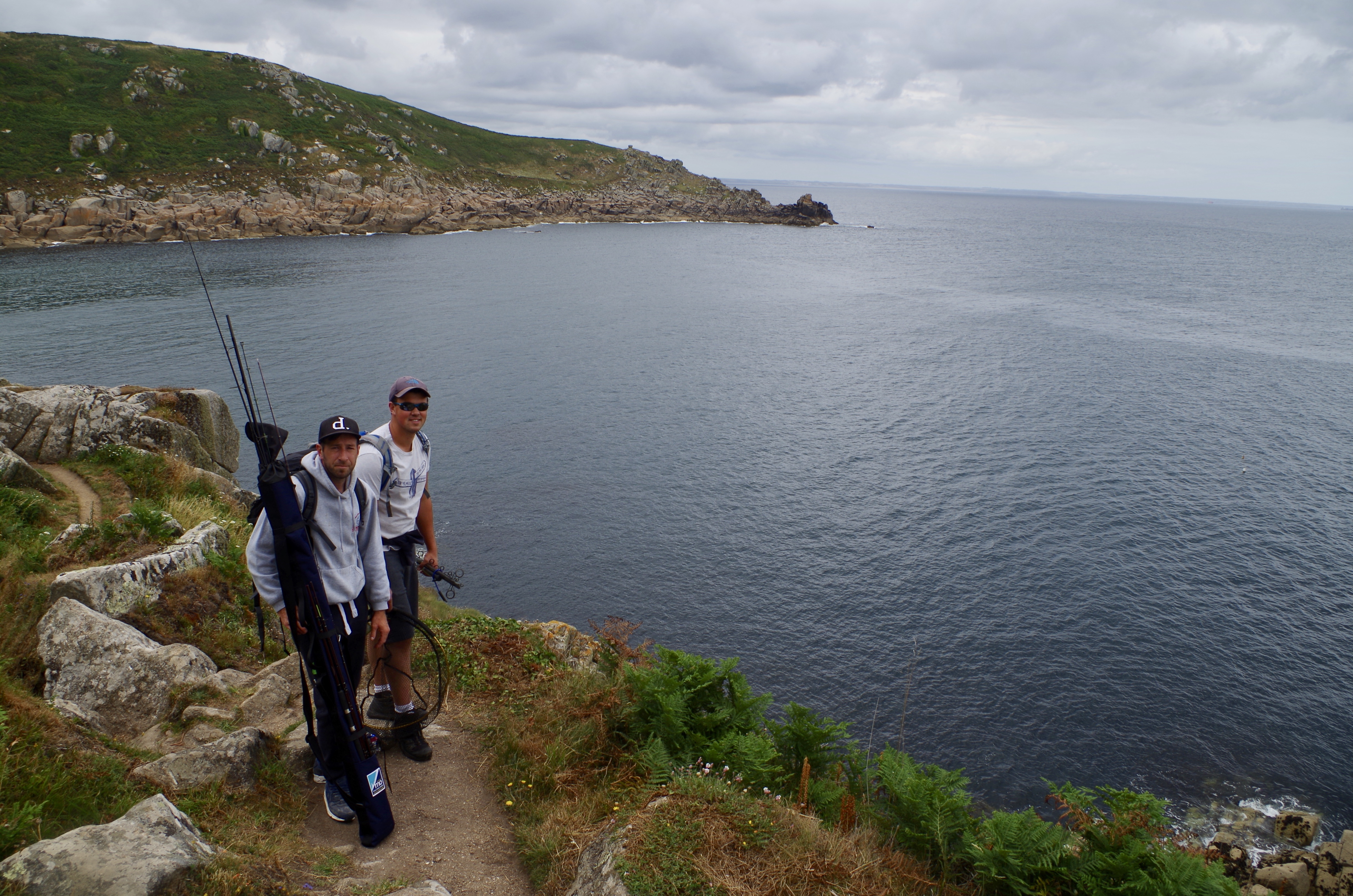 I elected to float fish with king ragworm whilst James used soft plastics and Rob ragworm fished on jig heads. James was soon in action with a wrasse of a pound or more and Rob soon followed with a succession of wrasse. Eventually my float plunged beneath the surface and I was briefly connected to a powerful fish that dived for cover with the hook length parting, probably against a sharp granite boulder. 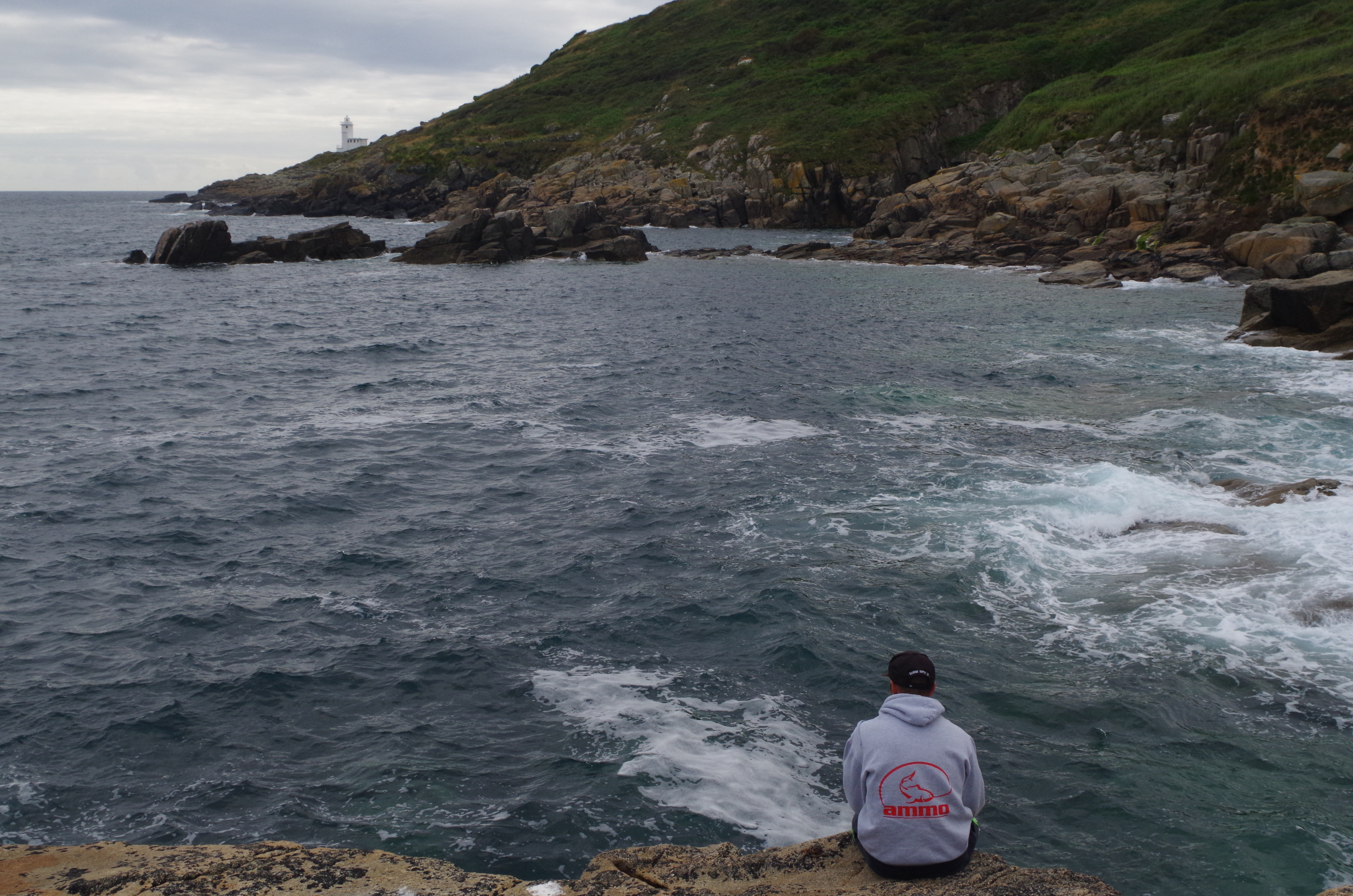 We spent the next couple of hours searching the rocky headland with numerous wrasse succumbing to our baits. Particularly Rob whose jig head tactics seemed to work well.

As evening approached and high water passed, we decided to head back to Penzance for food and to book into our hotel. As we descended into the cove the clear water erupted as sand eel’s scattered as they were pursued by launce and a large bass glimpsed by Rob. 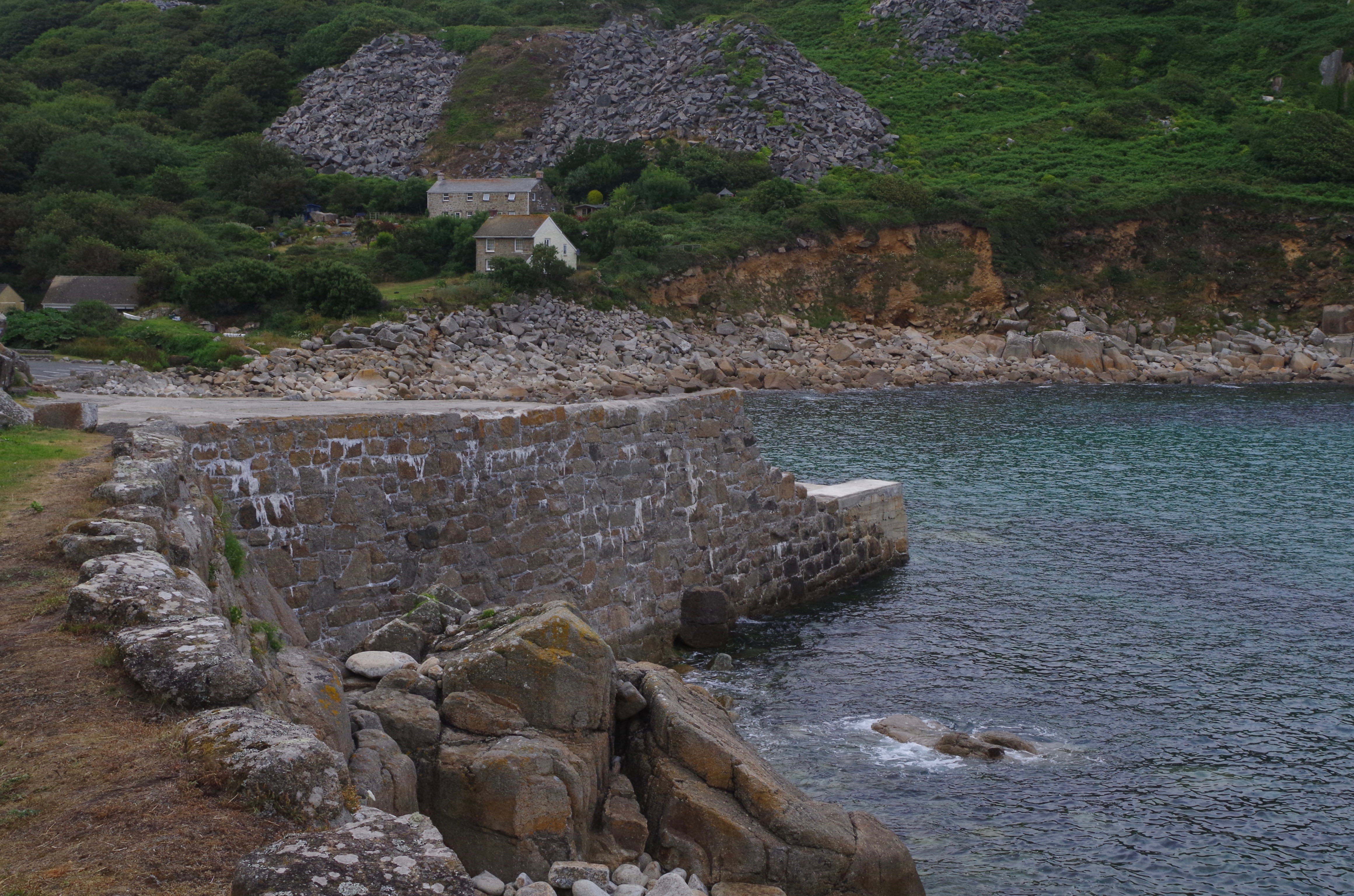 We hurriedly assembled our lure rods commencing a search of the bay. My slim metal lure was soon seized and a hard fighting mackerel was swung onto the old granite quay. Over the next half an hour I added a couple more sizeable mackerel, a small bass and a few small pollock. Rob and James spotted several fish in the clear water at the base of the quay wall and enjoyed hectic sport with colourful wrasse. 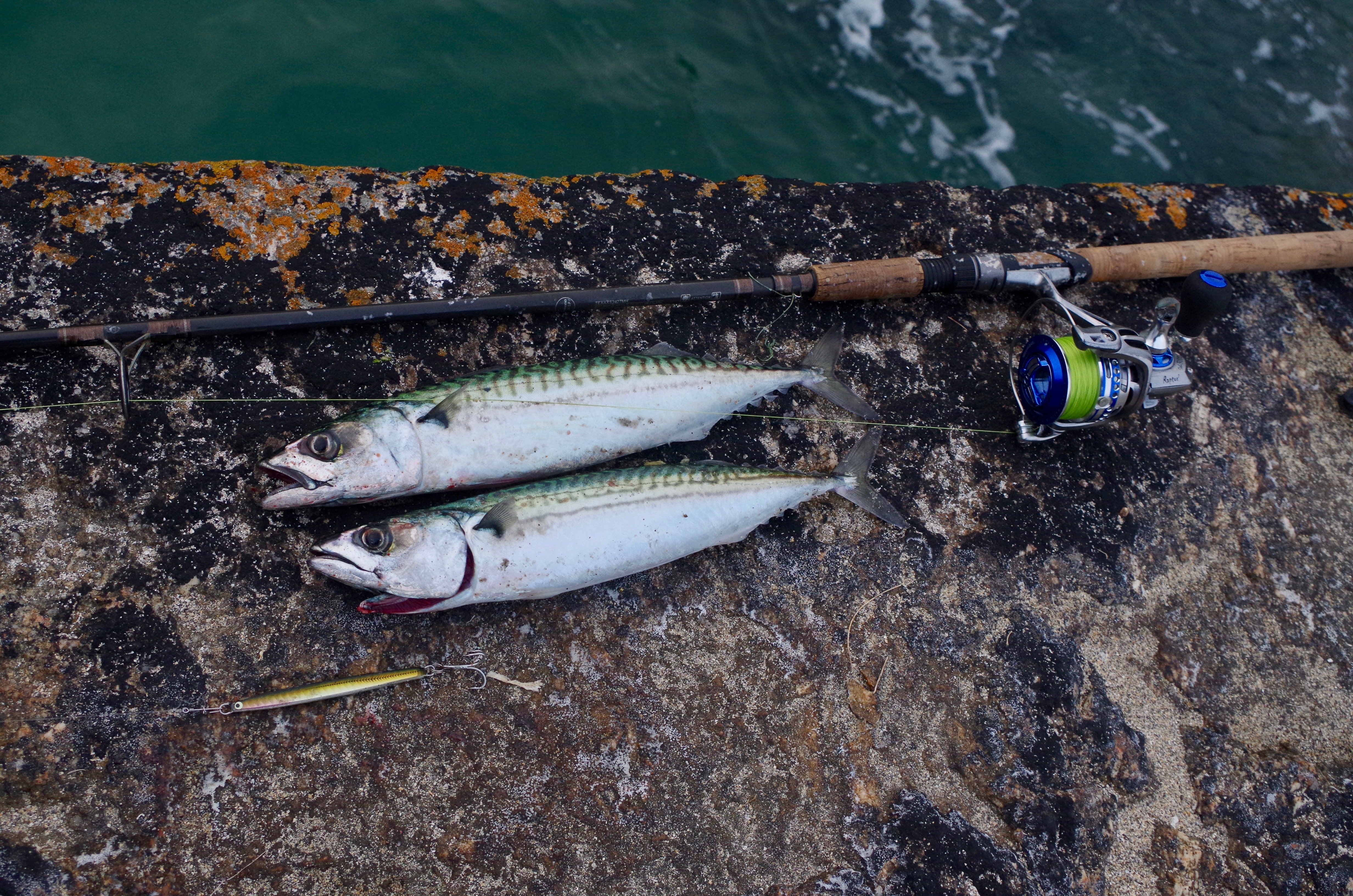 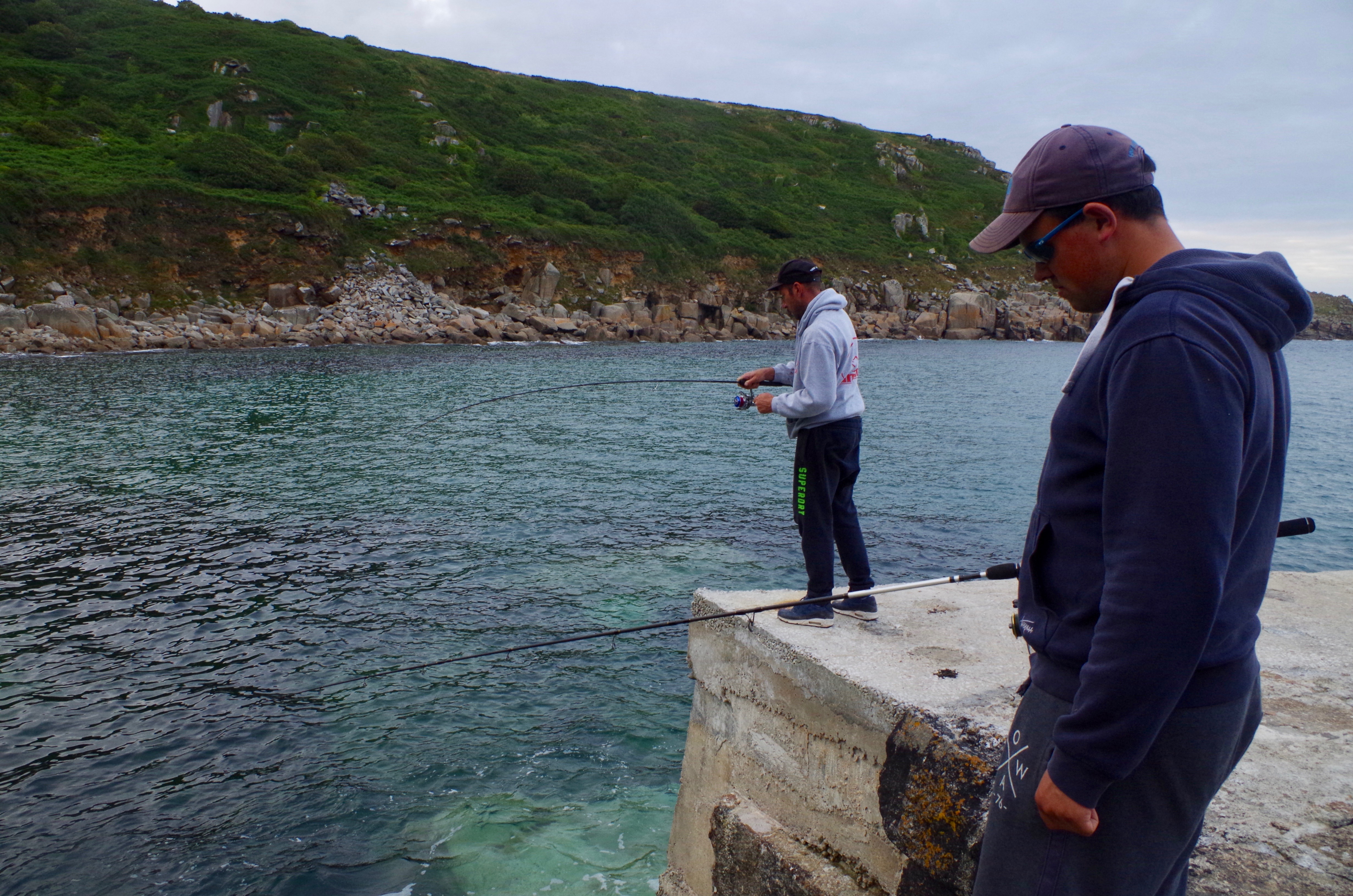 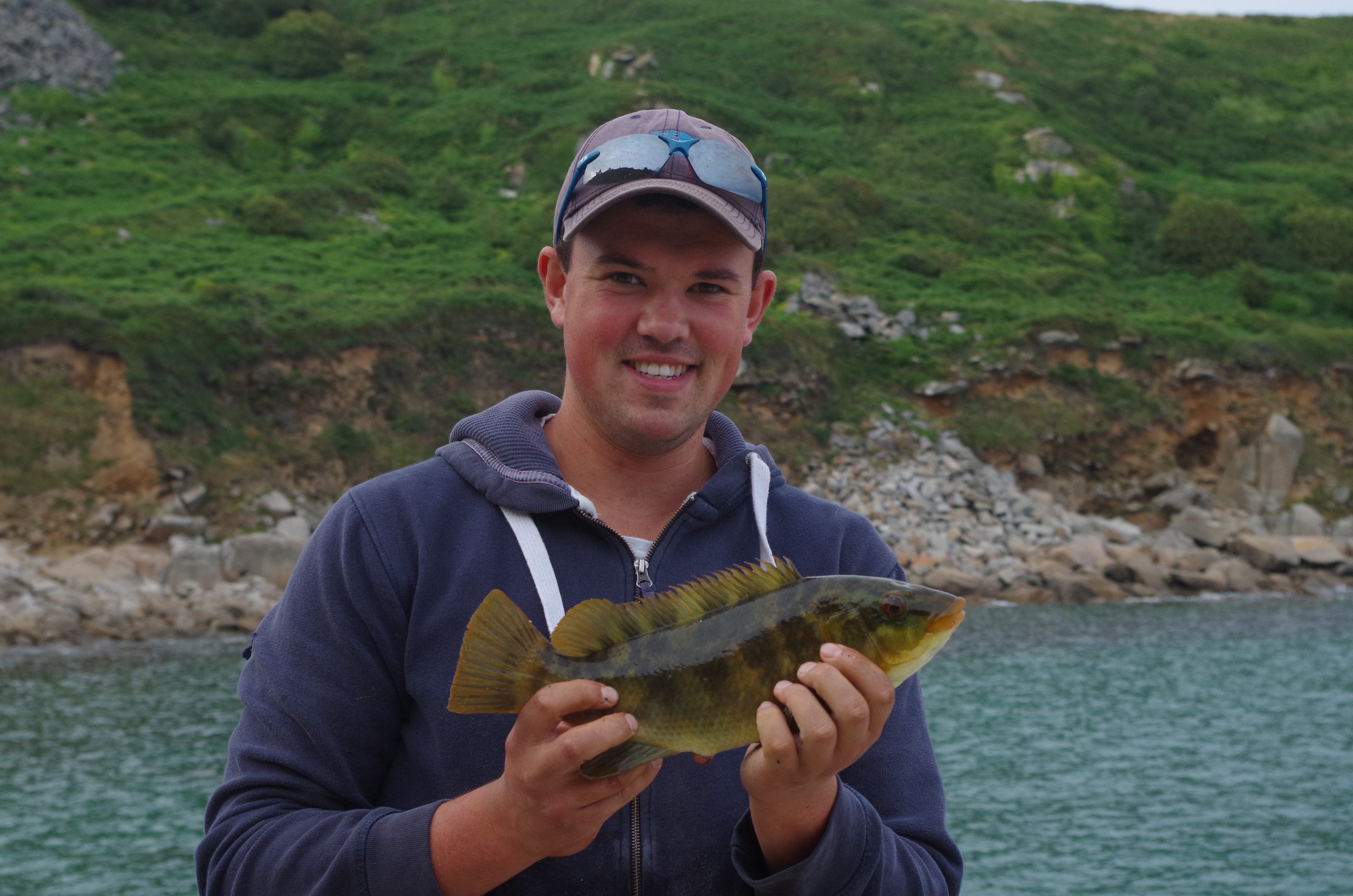 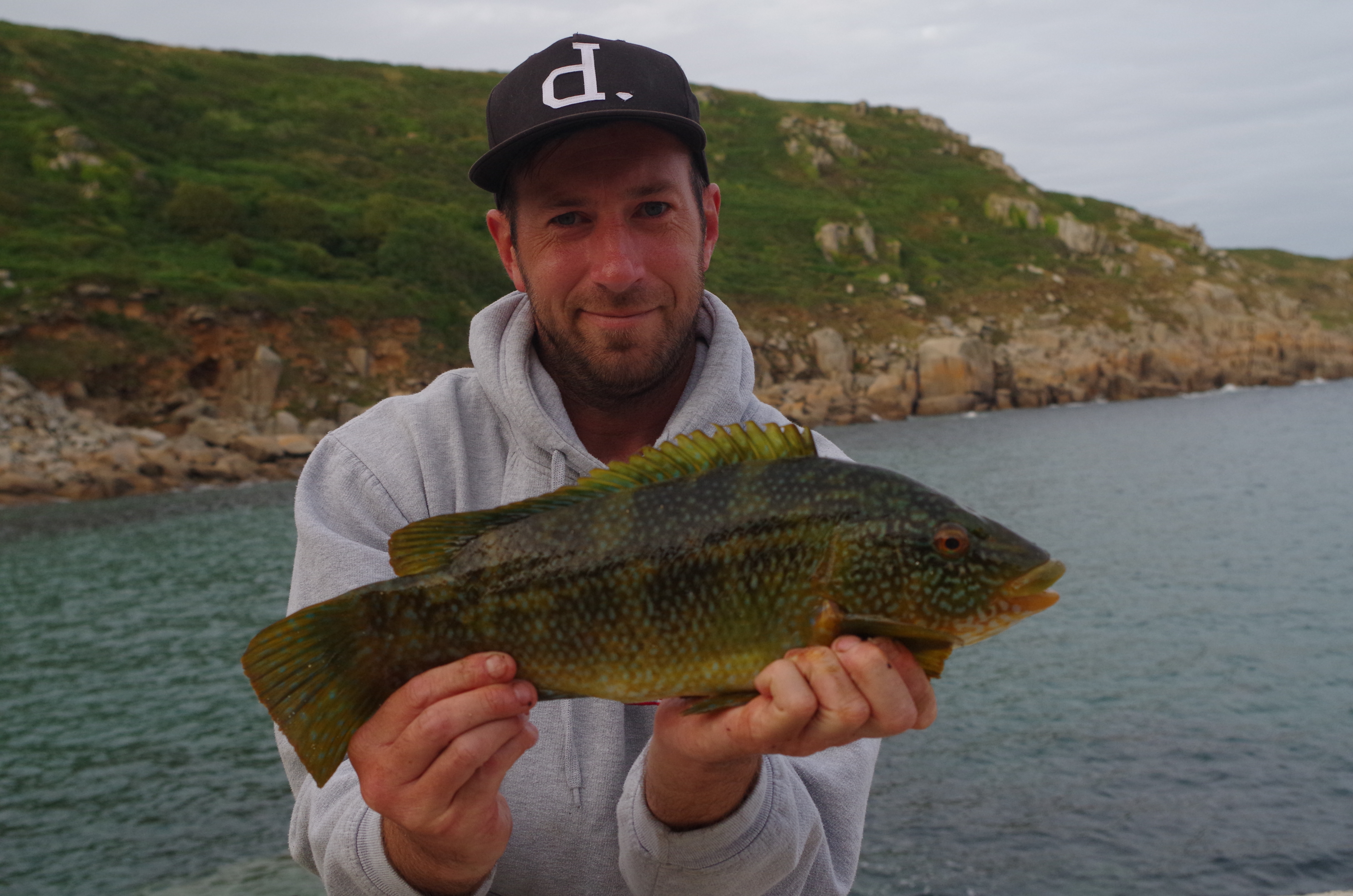 The evening sun illuminated the honey coloured granite and the Atlantic gently caressed the rugged shoreline.  Youngsters swam in calm waters of the cove. We didn’t catch anything big but that hour in Lamorna Cove will probably sit high on my list of memories of the year.

James drove the van up through the beautiful valley passing a charming old Inn where patrons were eating and drinking on this warm summer night. I really must visit more of Hugh Stokers old haunts. 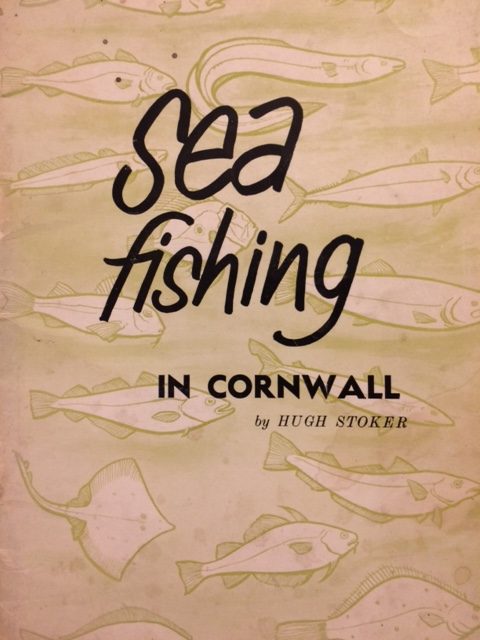