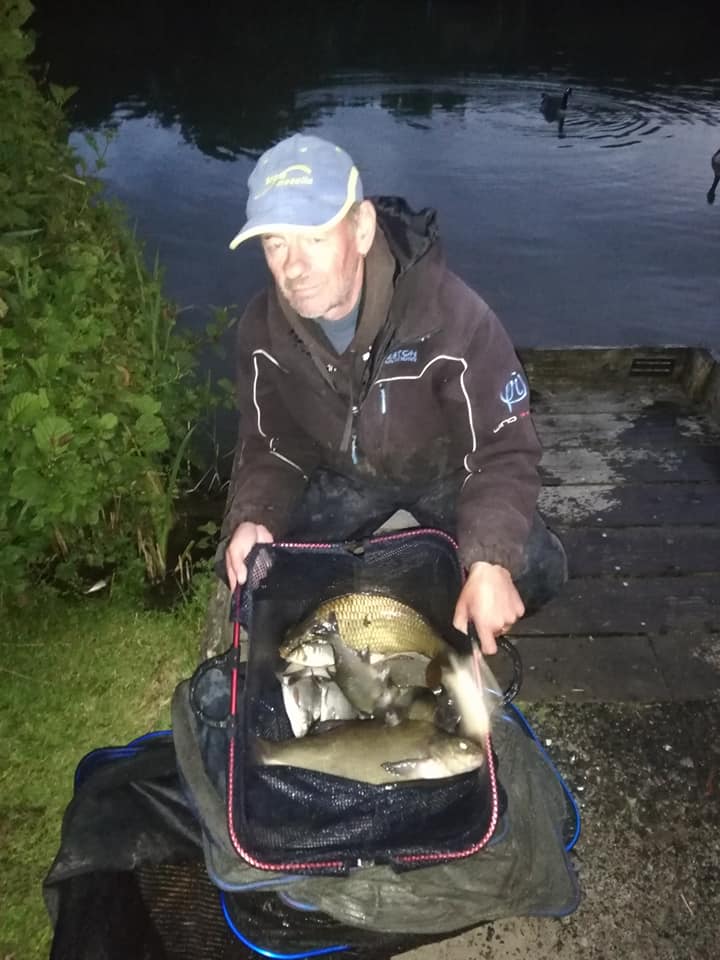 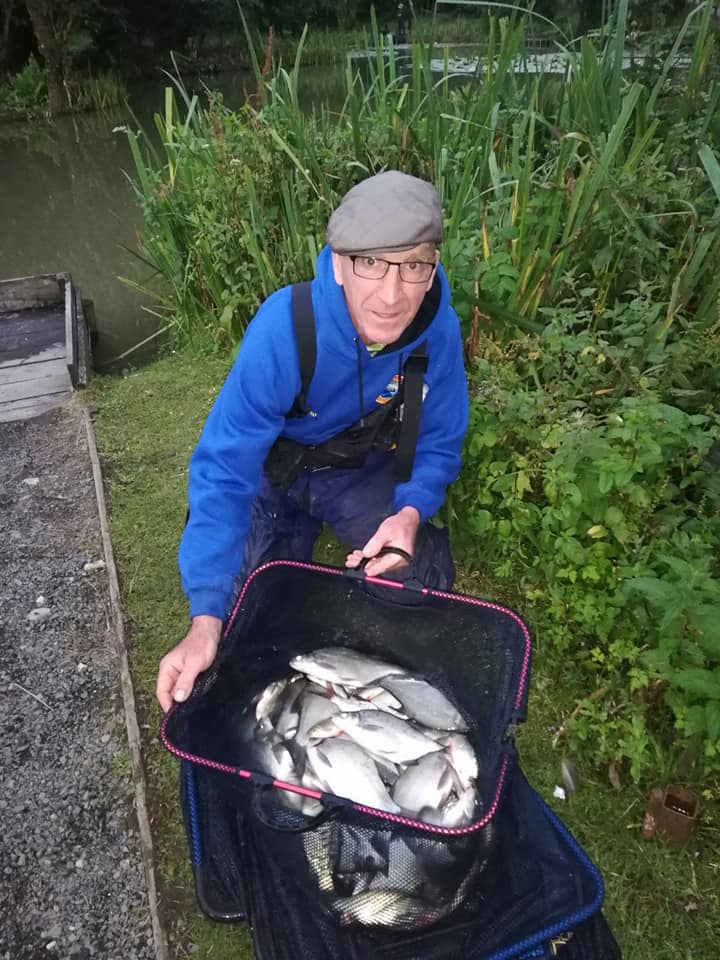 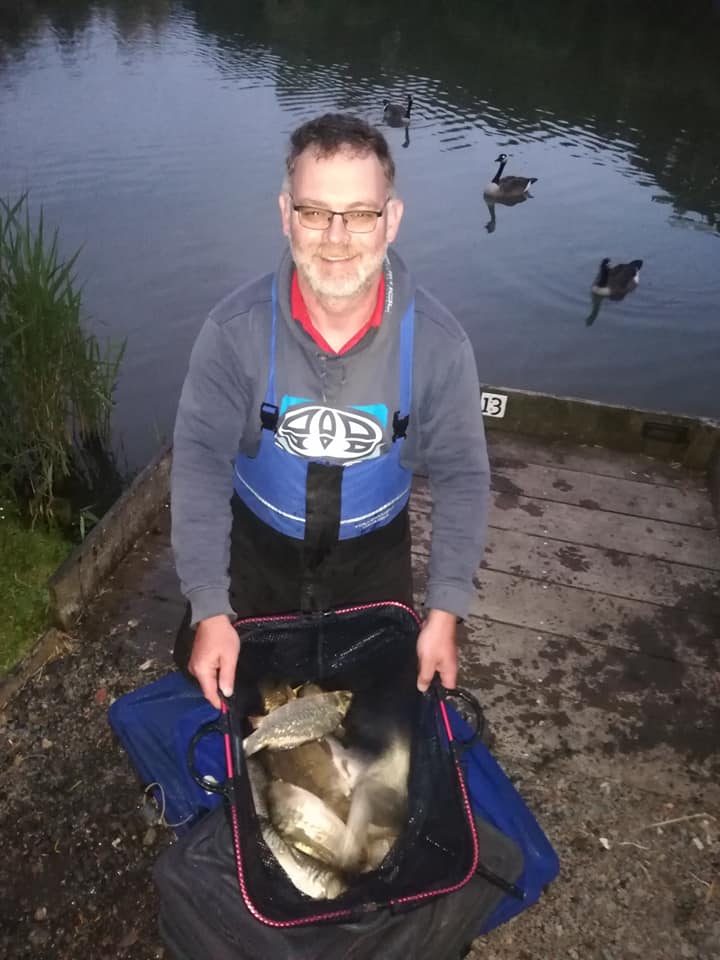 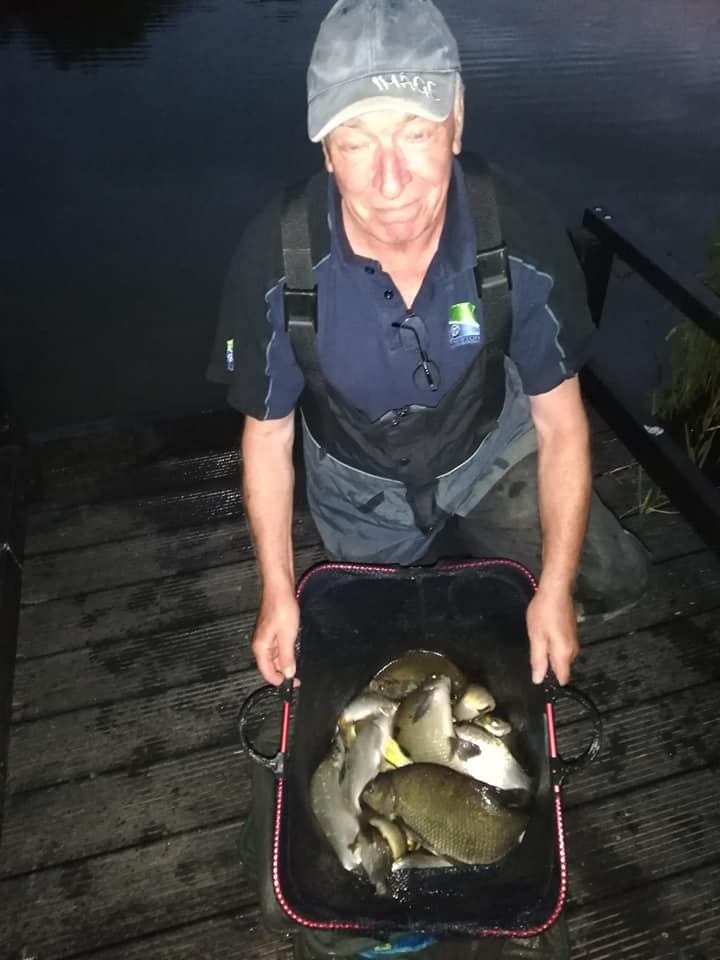 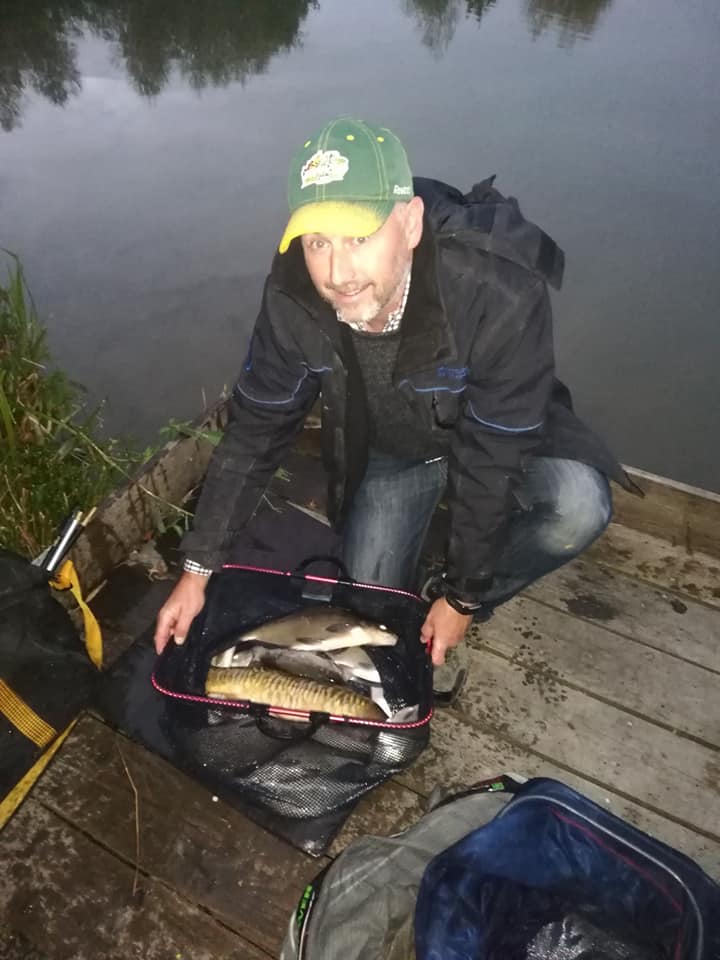 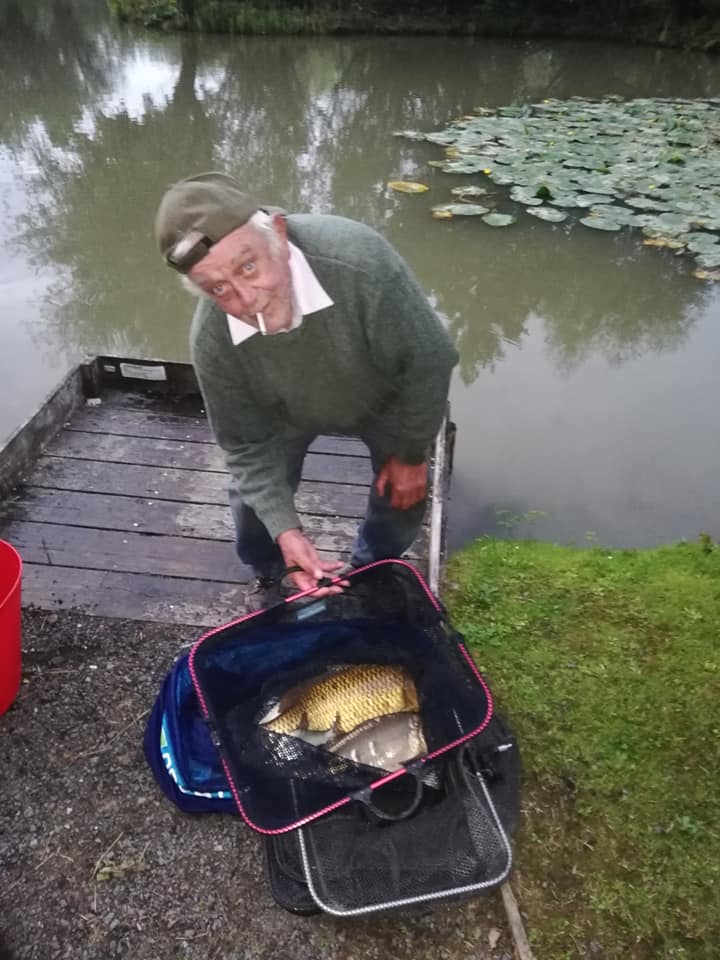 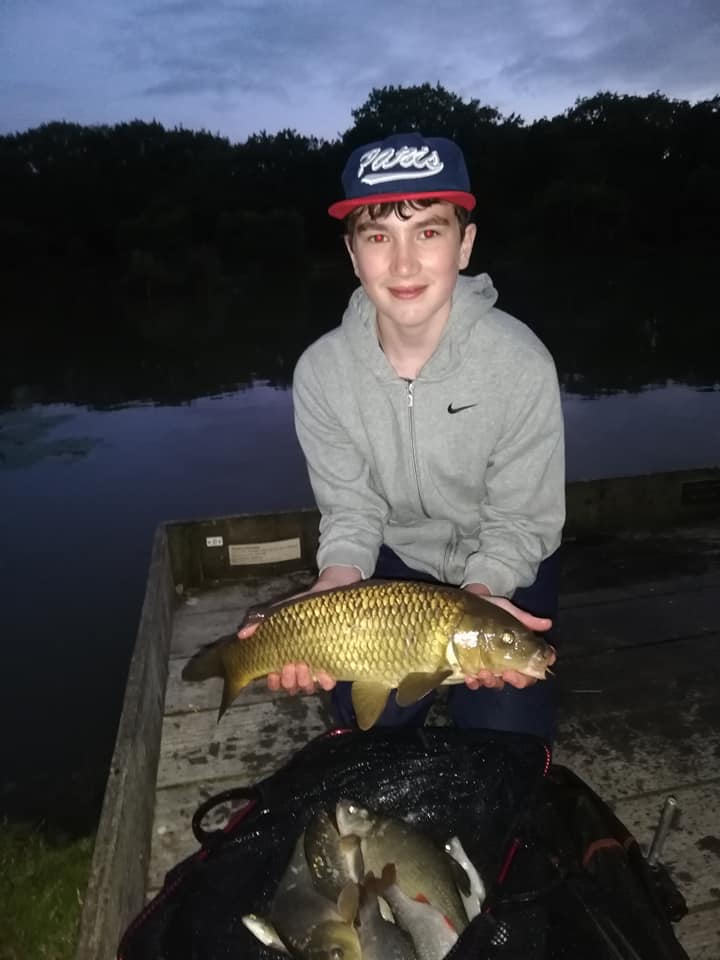 18 anglers fished , As the evenings begin to draw in and the league draws to a conclusion, Kevin’s back to back wins from peg 17 has pushed him well up the table. His net of pole caught skimmers and carp were taken on soft pellet, Martin’s pole caught net of smaller fish were mainly taken on caster over groundbait at 10 metres on peg 4, Les has returned to matches after a long lay off and managed third on peg 18 , with 2 matches remaining we hope for clear skies.