As temperatures drop small Stillwater fisheries like Blakewell hit top form. An ideal place to grab a few hours now that the river season has ended. 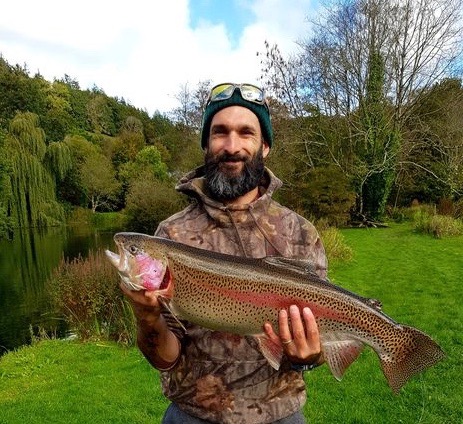 Shaun Antony Ley spent a day at Blakewell Fishery where he hoped to introduce his children to the joys of angling. After the childrens interest dwindled Shaun spotted a large trout cruising in the clear water. After several casts and fly changes the trout succumbed to a pink spider pattern with a gold head. After an epic twenty minute battle a fine double figure rainbow of 11lb 10oz was safely in the net. Shauns dads wet feet a cost well worth paying.