A late Autumn day and pike seemed to be the perfect match so with a light South-East wind forecast I decided to head for Lower Slade Reservoir. I set up in the bay that was filled with large amounts of Canadian pond weed a mixed blessing as it makes fishing difficult but holds plenty of food for the fish. I tend to keep on the move when pike fishing giving it an hour or so in each swim. As I reeled in the baits to move a pike emerged from the margin to seize my small herring, a shake of its head and it was off.

I posted recently about the new rules that prohibit the use of treble hooks. Below is my new pike rig ensuring the size 4 single unimpeded.

I moved to the roadside and replaced the baits. The day drifted past as fishing days do and it was exceedingly mild for early November. 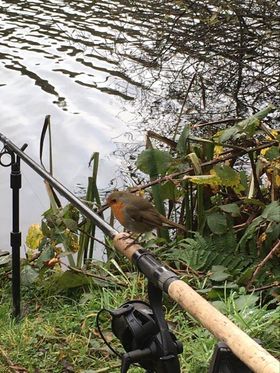 Mid afternoon and I baited up with the only smelt I had brought along having found it tucked away in the freezer as I grabbed my baits this morning. Was it coincidence that the float bobbed immediately after casting this out resulting a pleasing jack of around 4lb. 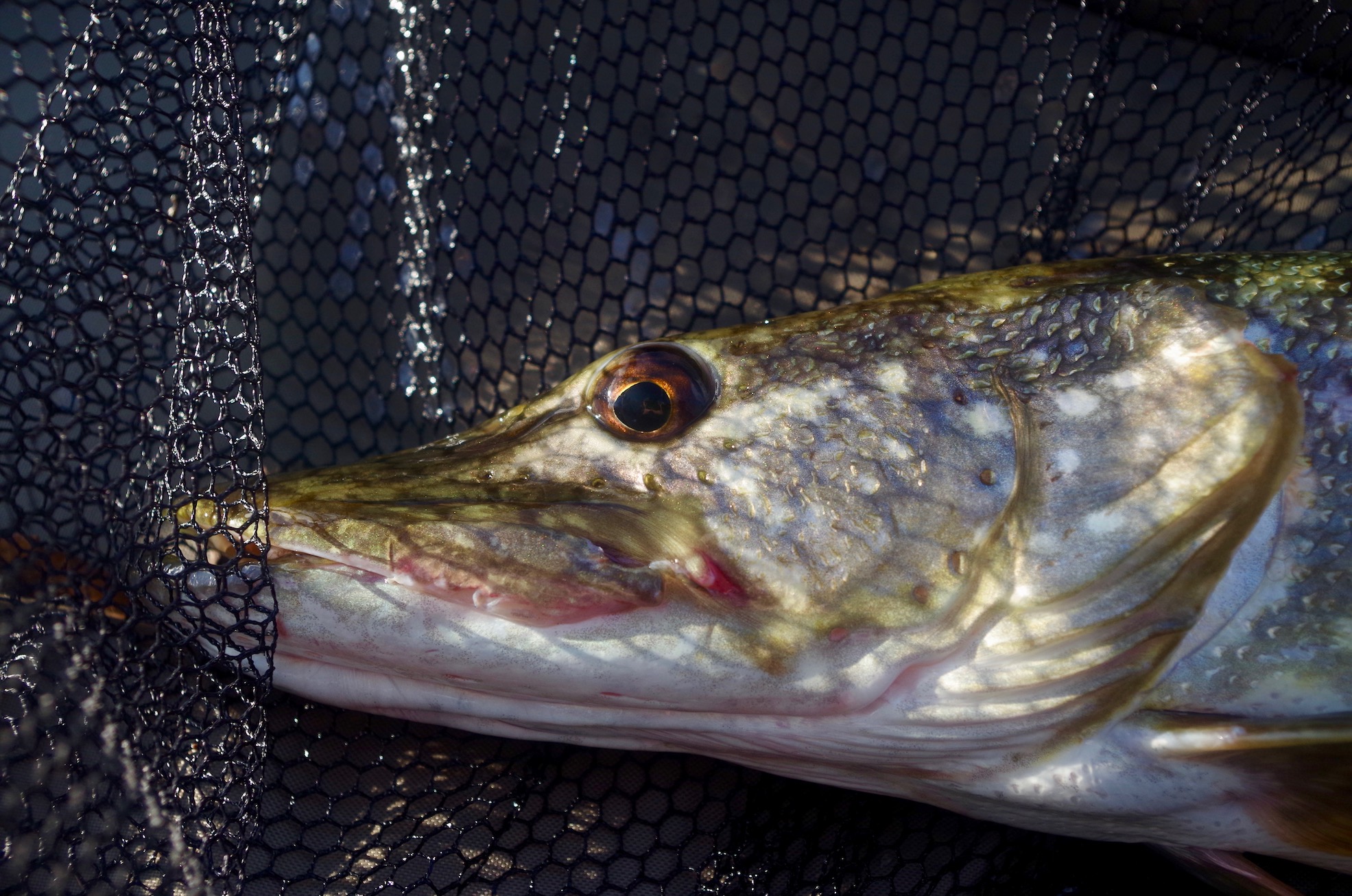 The rest of the afternoon passed by with clouds and reflections upon calm waters. 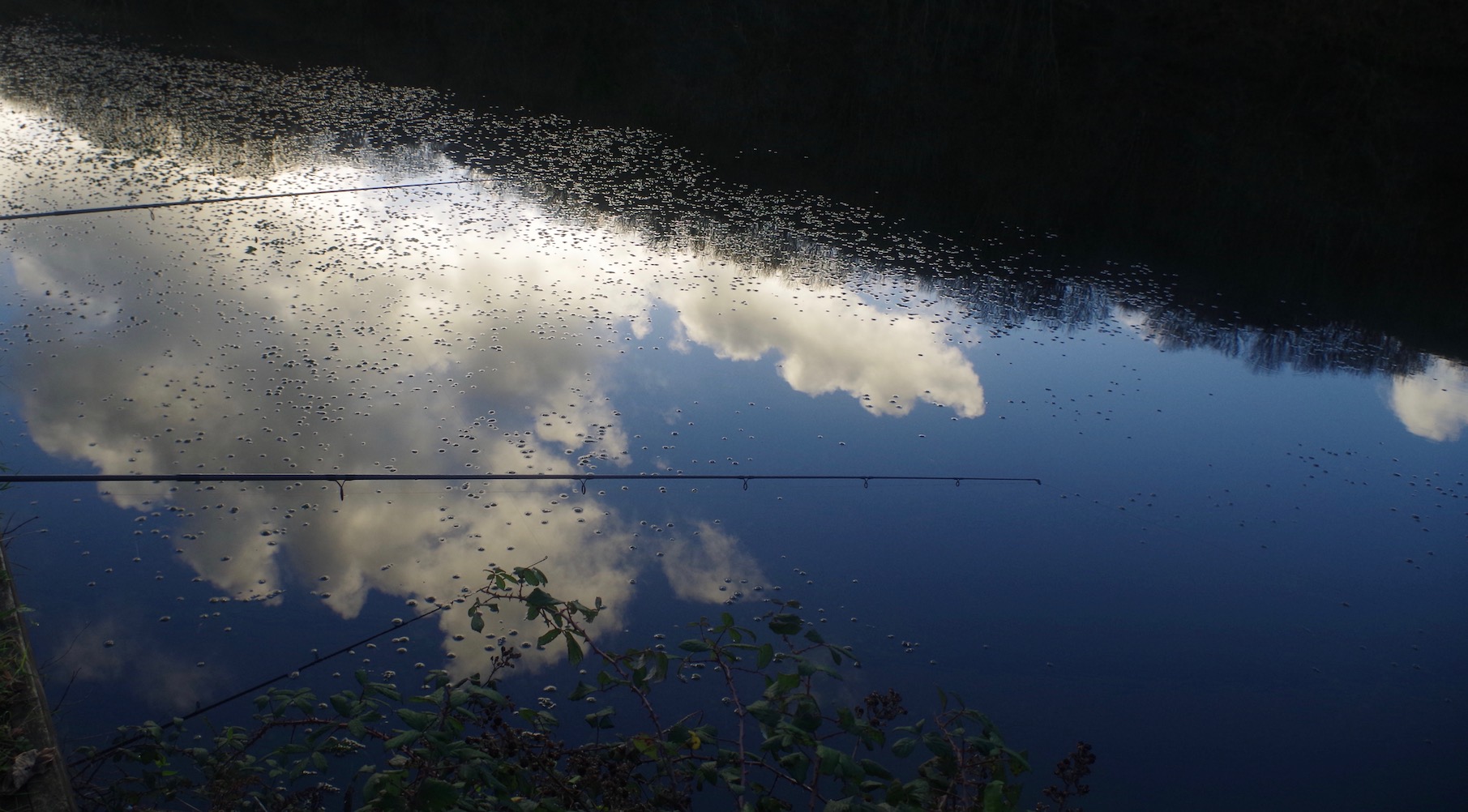 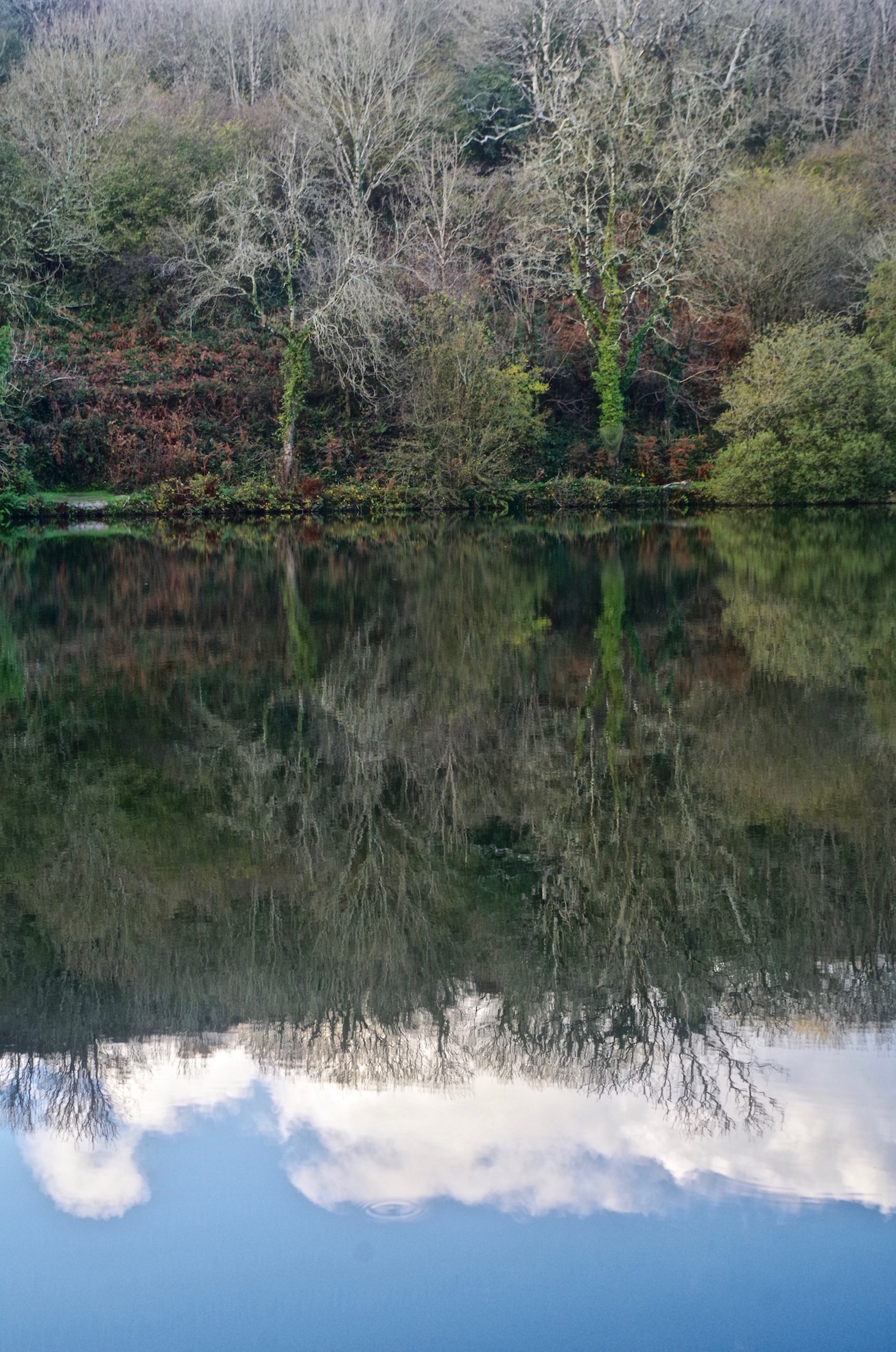 As the light faded I was reluctant to pack away the rods and left them out until the last minute dismantling bite alarms, packing bags etc until just the rods were left.