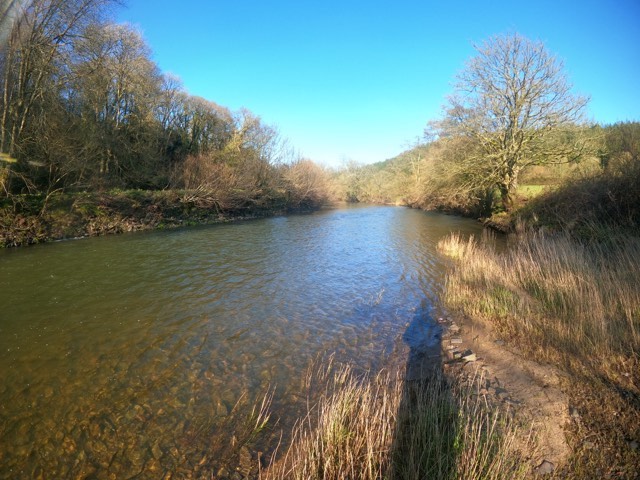 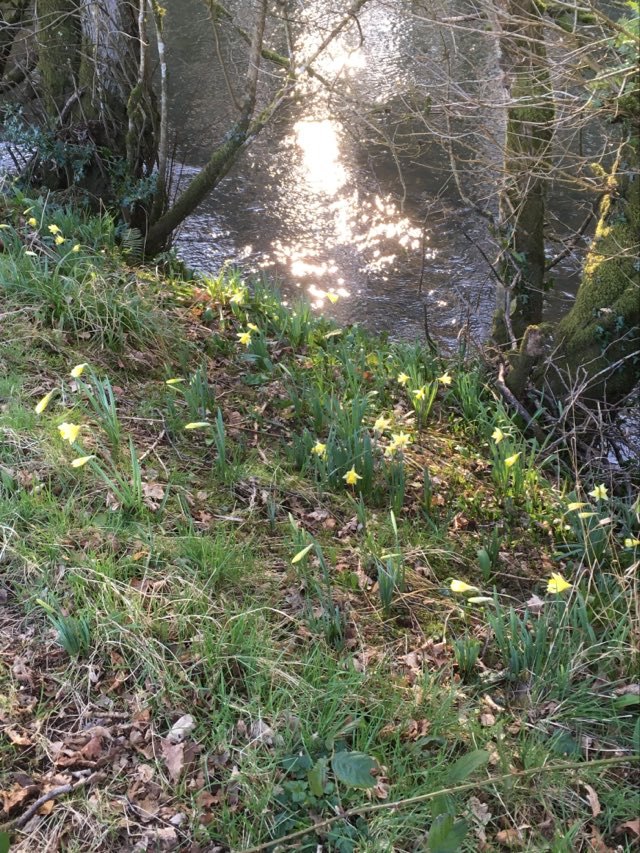 It was good to once again wander the river bank and swing a fly in the hope of a spring run salmon. The seasons come and go so quickly and it is hard to believe that twelve months have flashed past. Once again the wild daffodils are decorating the banks as natures calendar turns its pages.

The water is cold and fairly clear  running at a perfect height. Several years ago on March 7th I netted a fresh run Springer of around 9lb so I am optimistic that success could come with any cast. I drift the Fly across familiar water and on one cast there is a brief tightening of the line followed a second later by a heaviness. Too gentle to be trout it could be a snag in the river. Repeated casts over the same spot rule this out so I change my Fly and cover the lie again. There is a brief tug and a flurry of spray as what was a good sized trout shakes the hook free. Im not convinced that it was the trout that intercepted the fly first drift. Salmon takes can be so subtle at times feeling like a drifting leaf has brushed the hook. I contemplate what might have been and fish on content that I have a full season ahead.