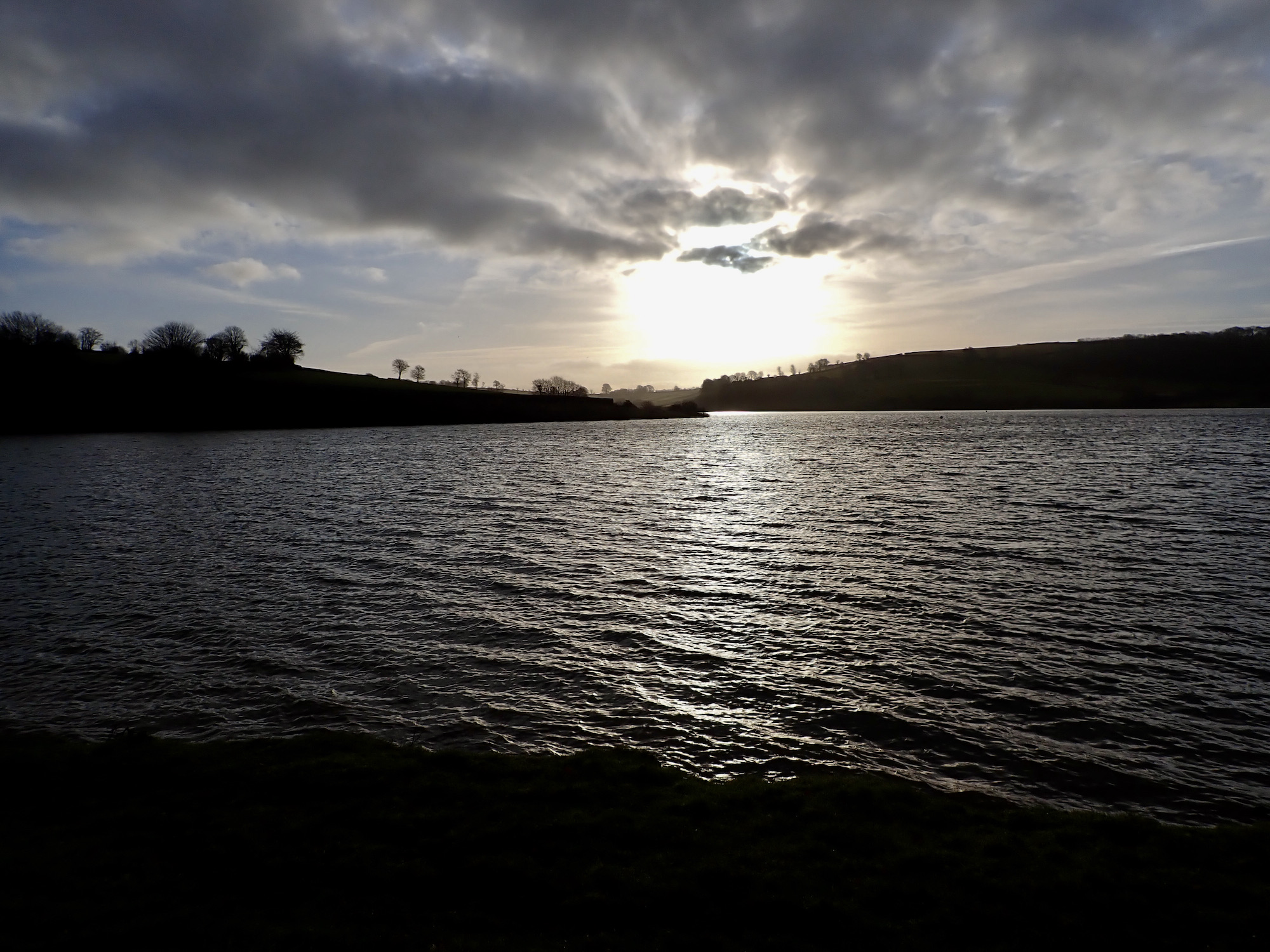 The sun was rising above the hills of Exmoor illuminating the sky in shades of golden yellow as I drove the winding road towards Wimbleball Lake. Whilst silhouettes of trees still told of winters grip the roadside snowdrops and rising daffodils told of the coming of spring.

It was the last weekend of February and the first day of a new season on Wimbleball Lake a fishery that has been rejuvenated in recent years following careful management by the Underhill family.

I met with Snowbee Ambassador Jeff Pearce at the lake for 8:00am and chatted with fellow anglers who had travelled down from the North of Bristol leaving shortly before dawn in their eagerness to connect with the first trout of the season. The two month break certainly rejuvenates enthusiasm with over thirty keen anglers booked into fish on this opening day.

Jeff and I had elected to fish the bank confident that the fish would likely to be close in. We started off near to the boat launching jetty where cheerful fishery assistant Trevor helped anglers on their way with words of advice and encouragement. Wading out into the icy cold water I pushed out my intermediate line with a small black lure on the point and a cormorant on the dropper. I paused a few moments allowing the line to sink whilst I looked around admiring the scene before me. Early morning sunshine casting light upon the cold waters that were ruffled by a cold South Easterly breeze. The stark outline of the surrounding hills and trees framing the lake.

I began a slow and lazy retrieve relishing the early season anticipation and expectation. On the second or third cast there came that delightfully electrifying tug as the line pulled tight the rod tip jagging. I lifted into the fish the rod hooping over as the rainbow surged away into the lake. The fish fought gamely testing the tackle and my patience  as I coaxed the fish to the waiting net. A full finned rainbow of close to five pound was a great start to the season. Jeff was busy welcoming anglers to the boats and rushed over to catch a few images as I posed with my prize in the icy water. 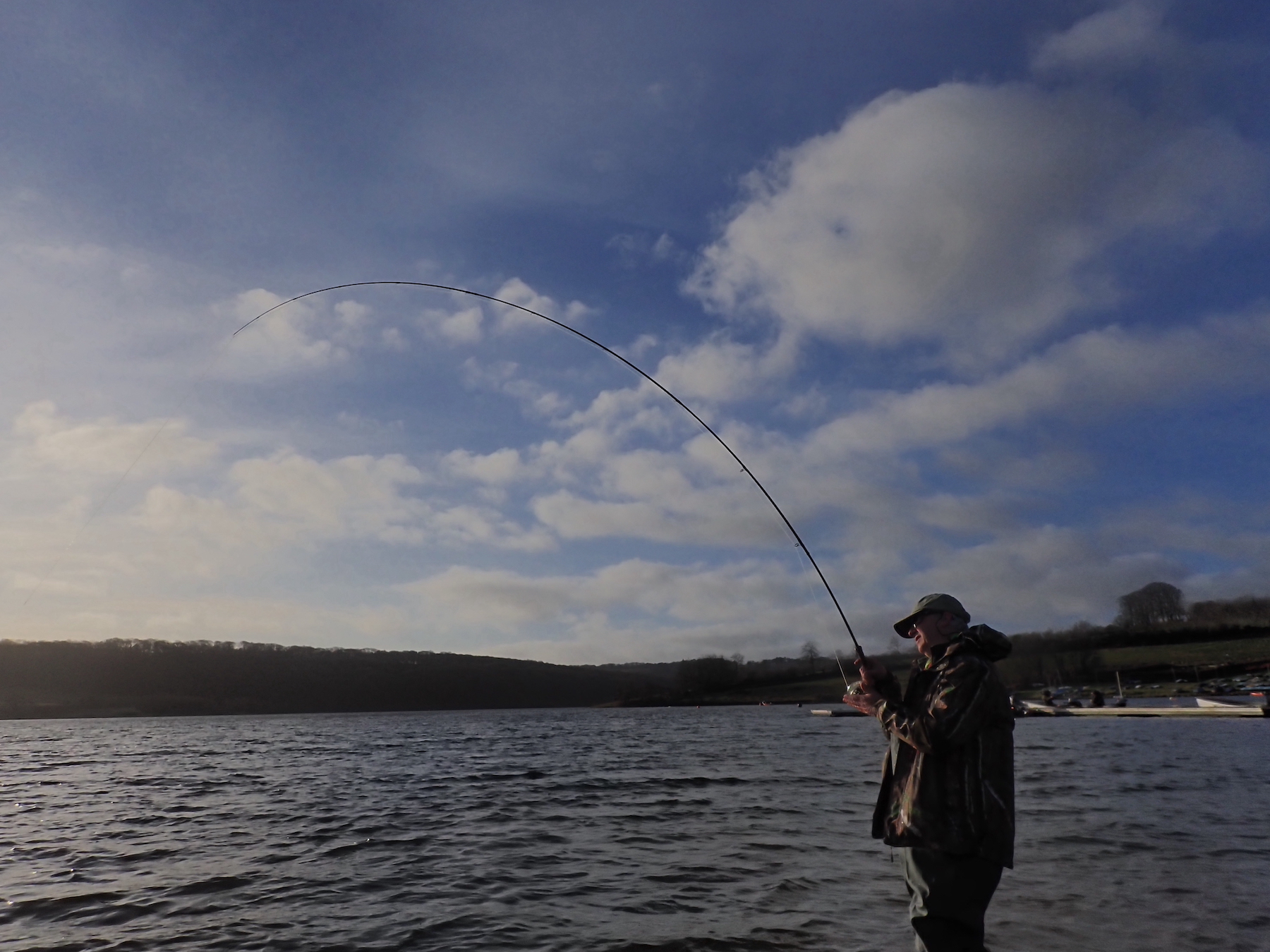 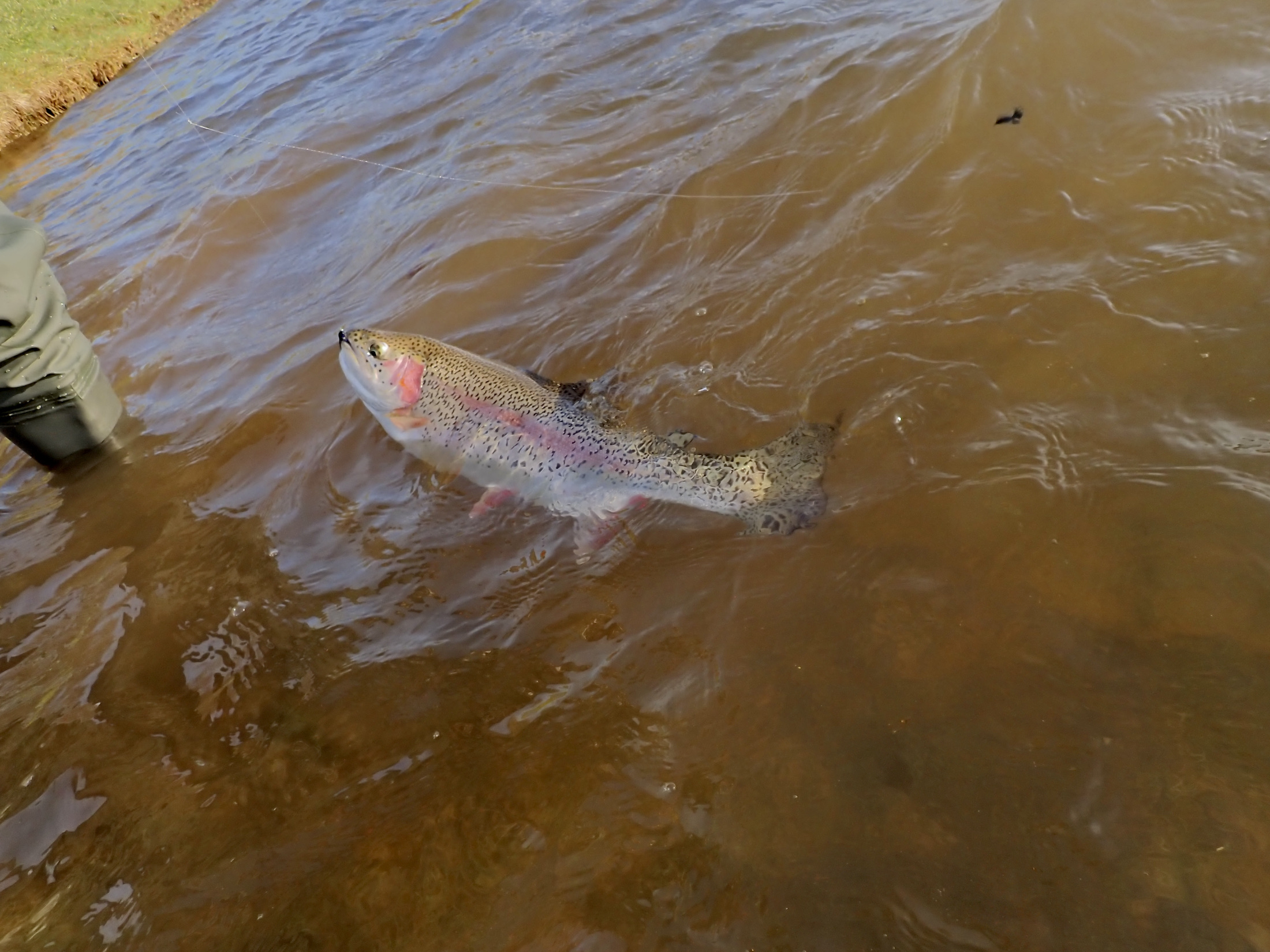 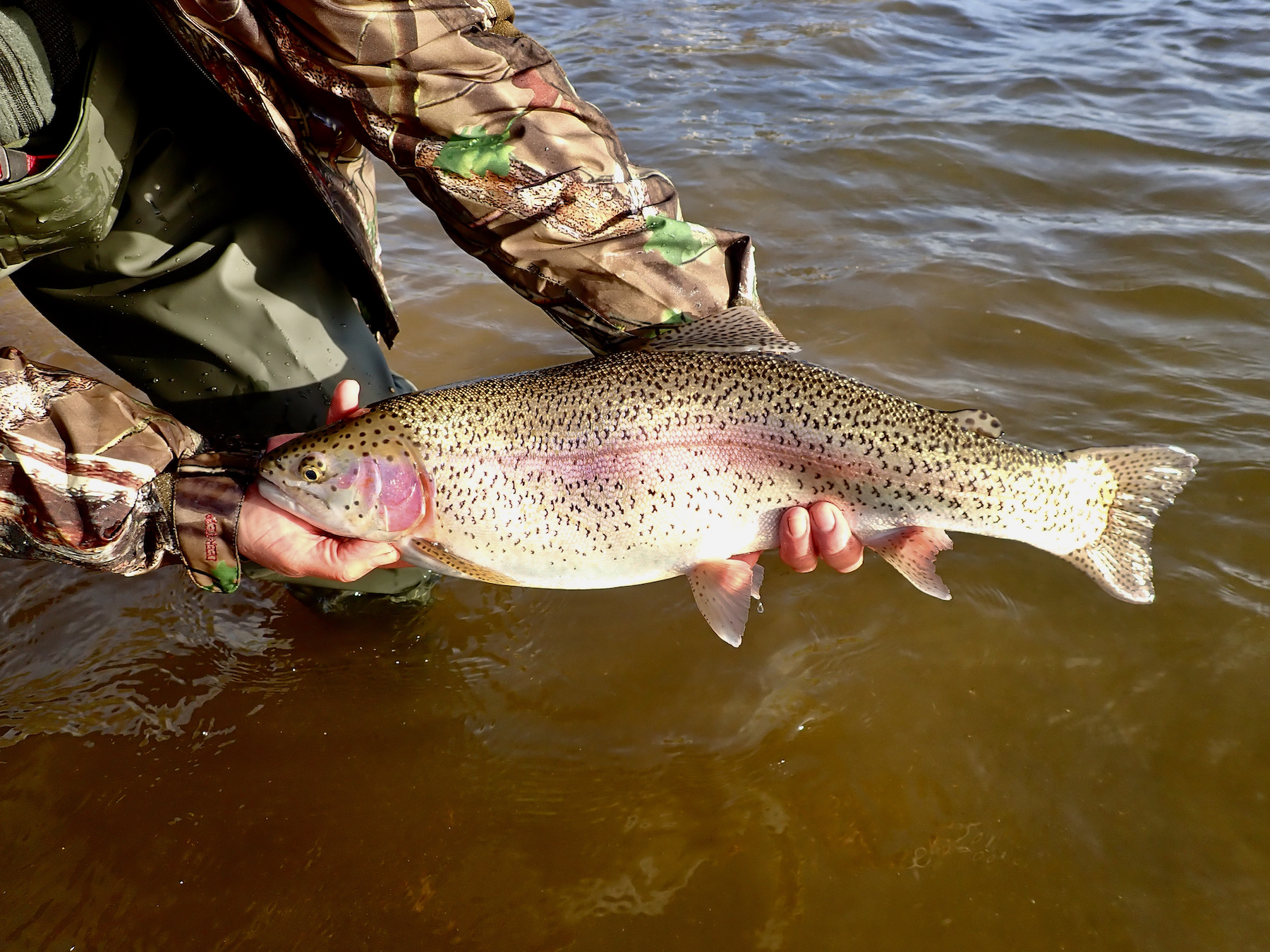 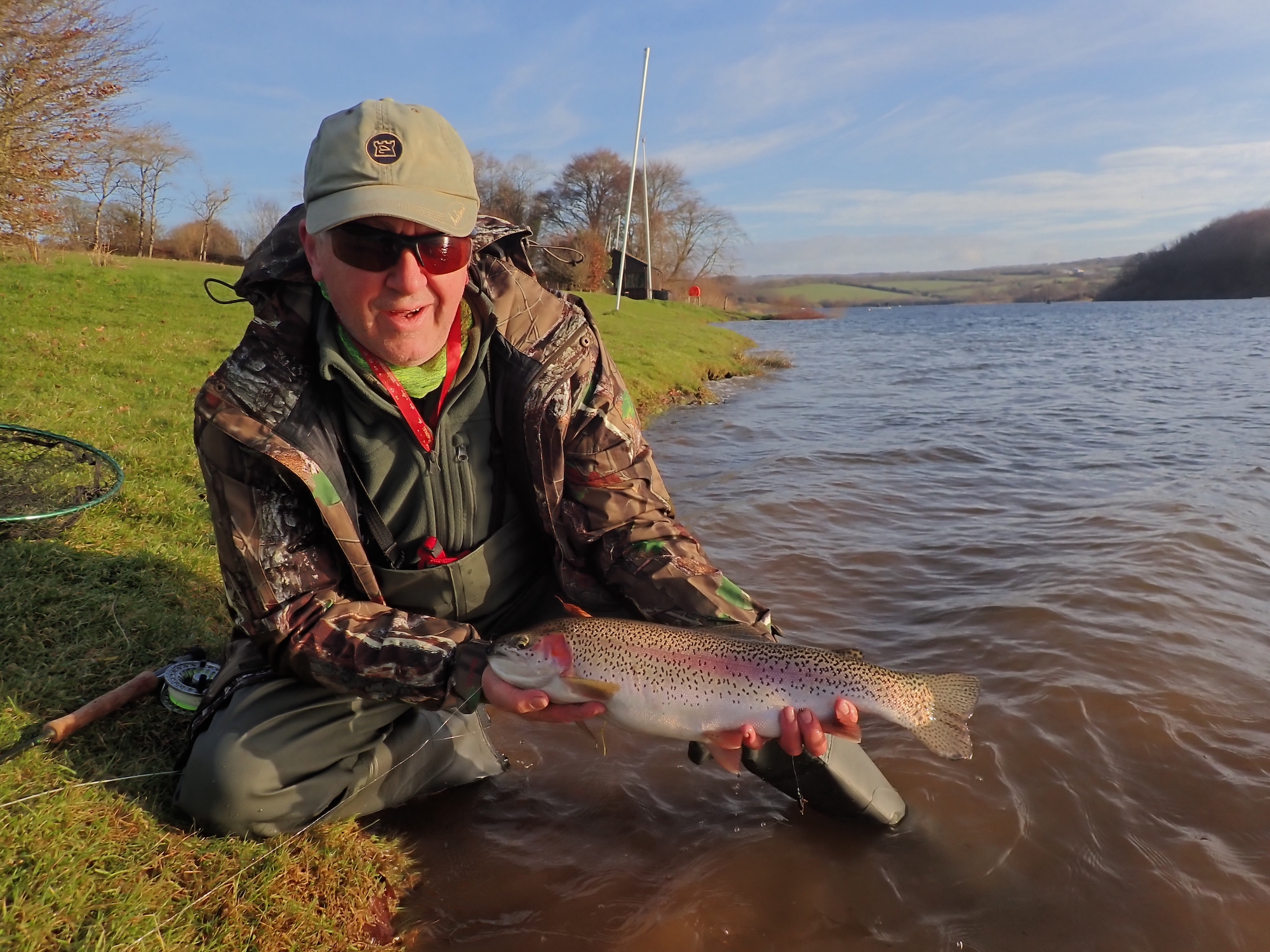 During the following half an hour I added another three stunning rainbows to the days tally. The icy water stinging the fingers and numbing the toes seemed of little consequence.  Jeff eventually joined me hoping to savour his first trout of the season yet by now the South East breeze was increasing in strength making casting more difficult. 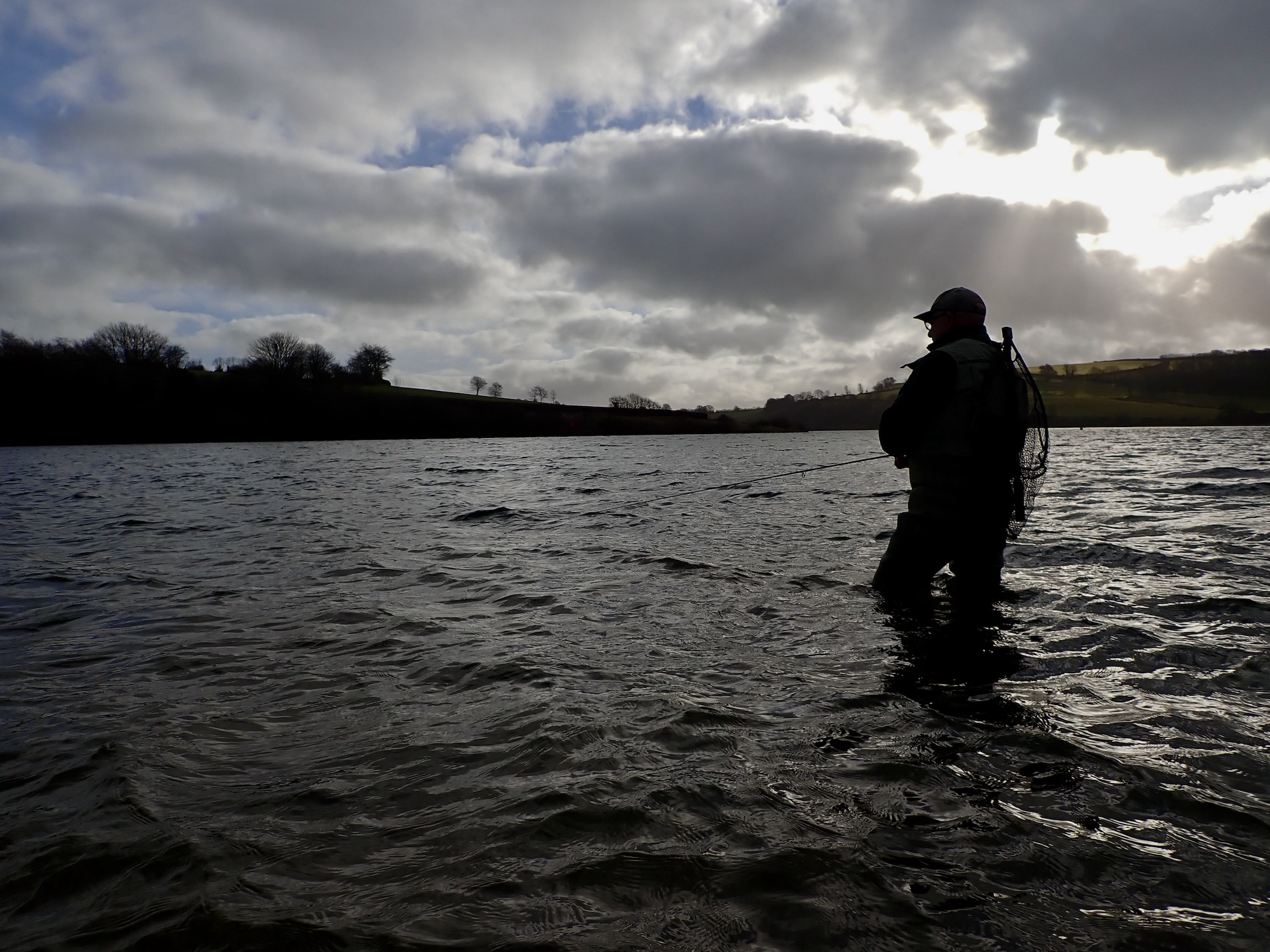 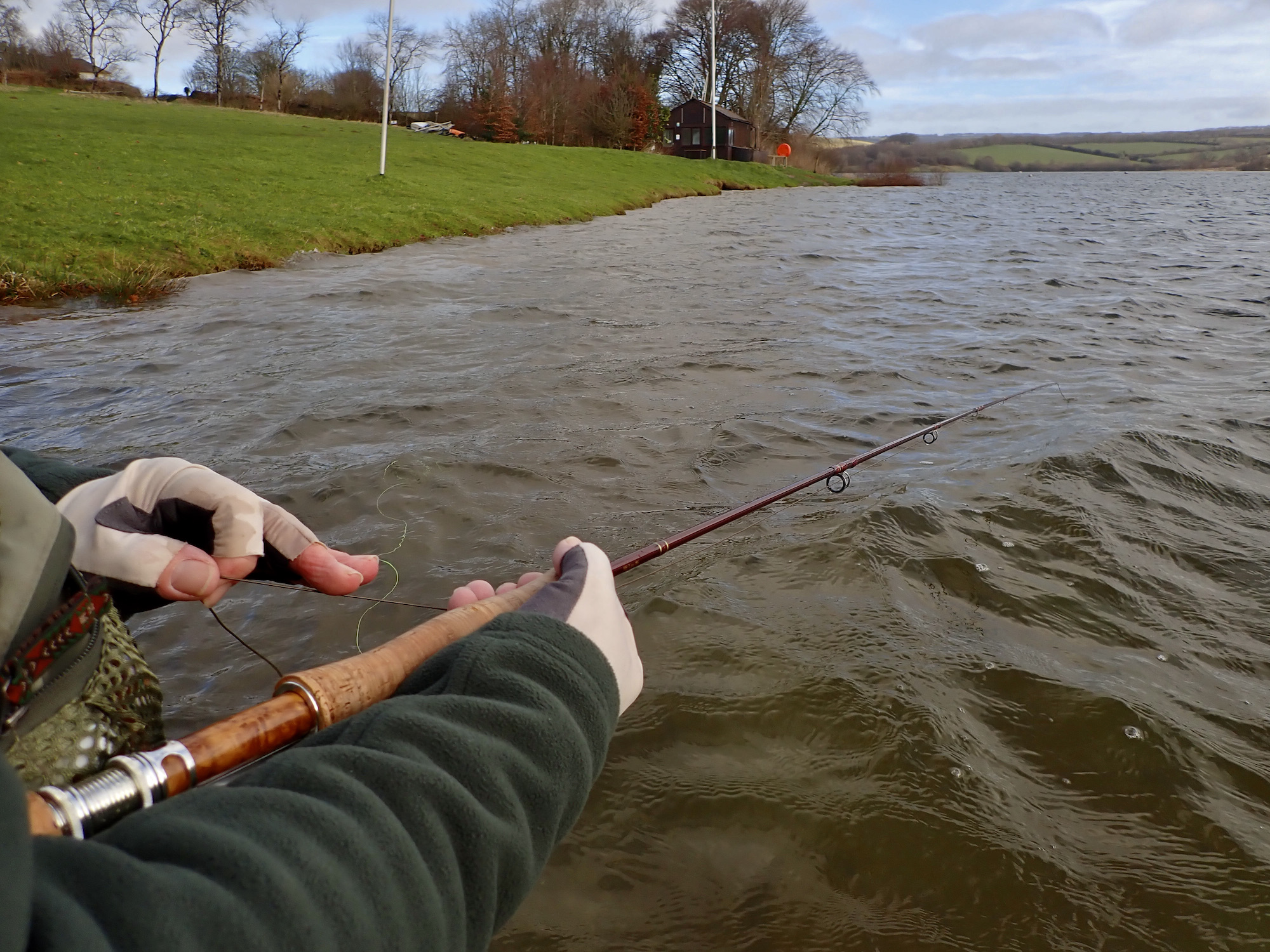 We decided to move to a more sheltered area and start a fresh search. Wading out into the waters of a shallow bay we again began the routine of searching the water. Jeffs line zipped tight and he enjoyed battling his first trout of the season a silver rainbow of over 2lb. 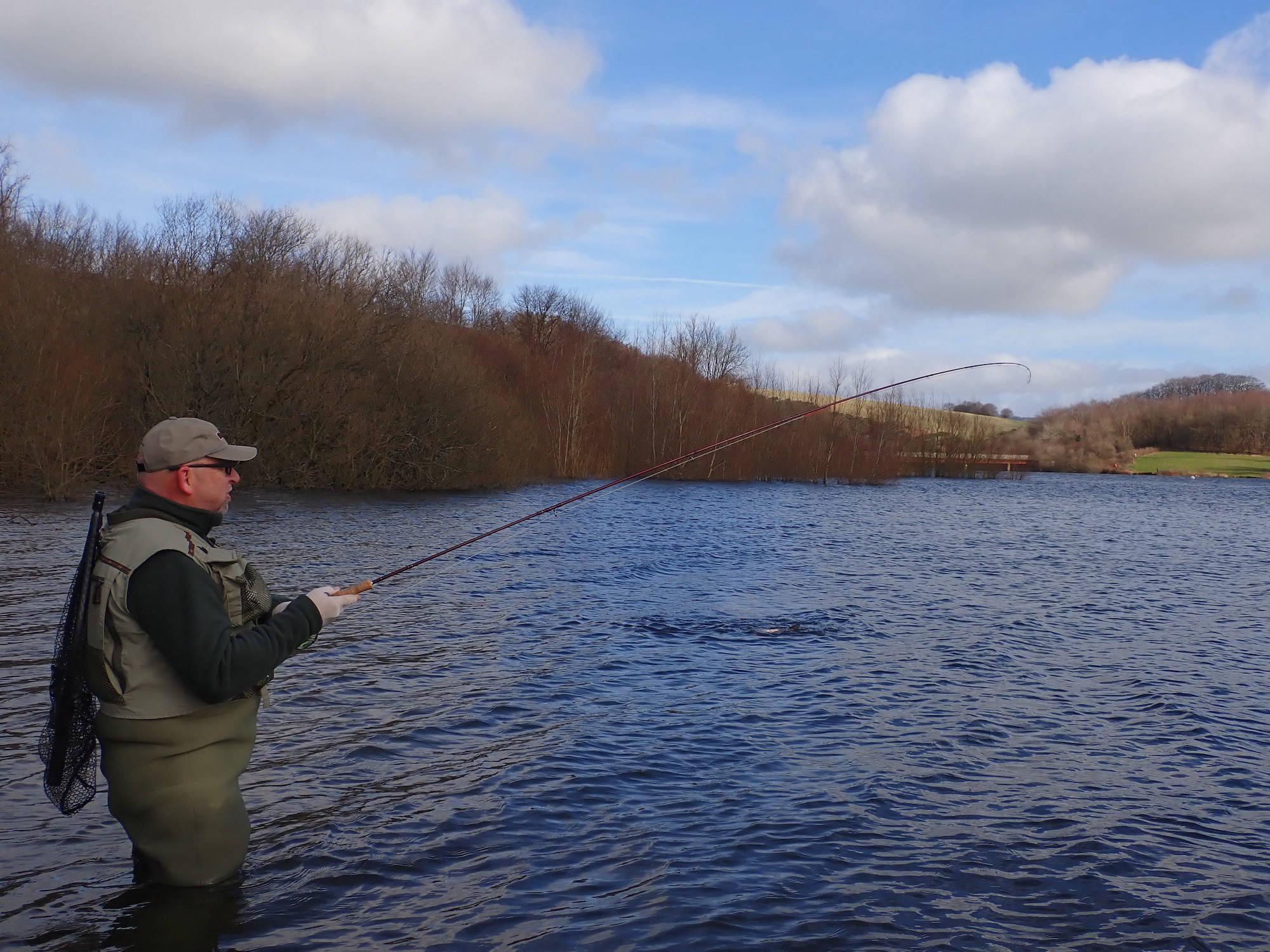 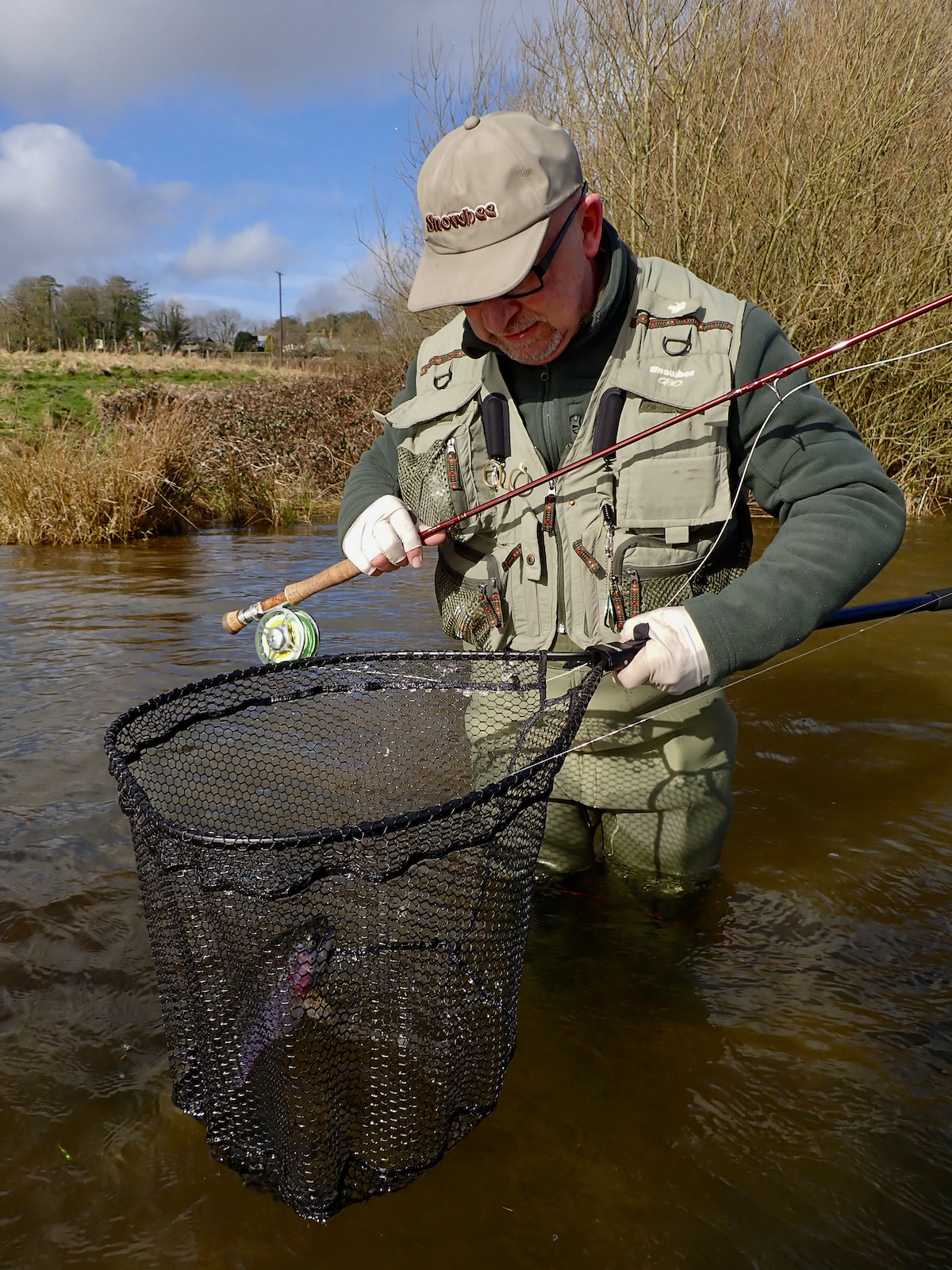 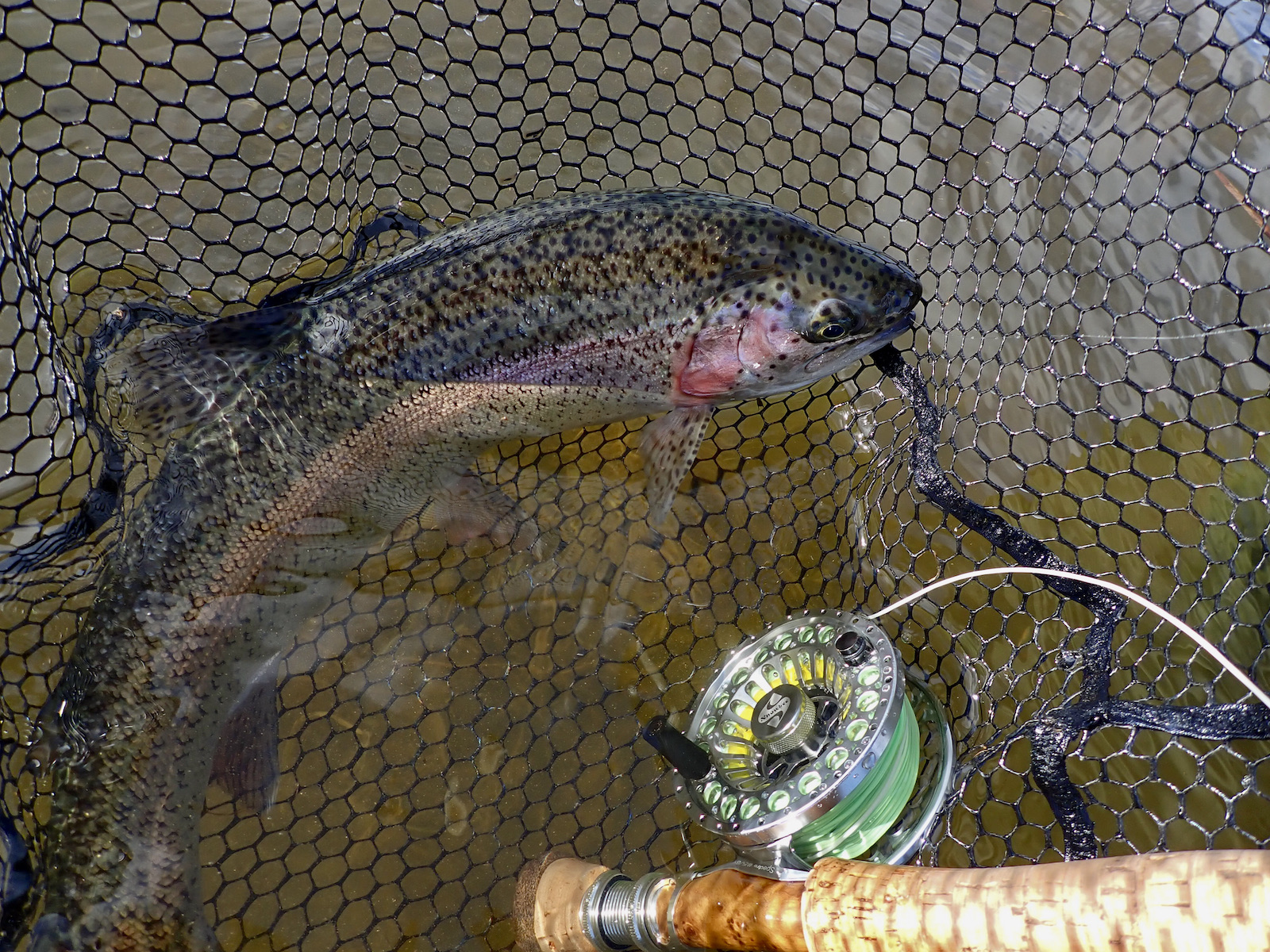 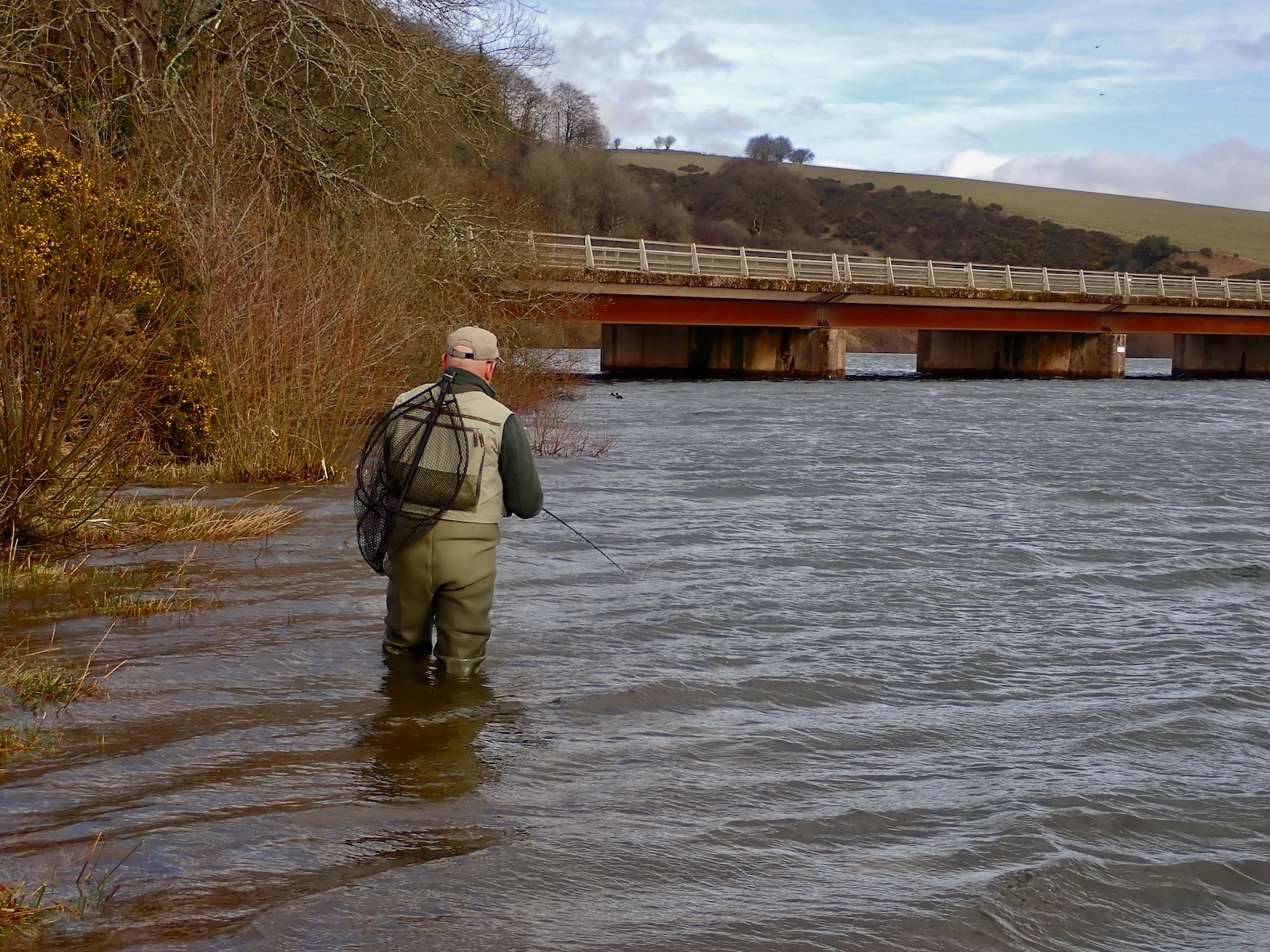 We fished the bay for another half an hour without further success and decided once again on a move to deeper water close to Bessom’s bridge. Fishing here proved challenging with the strong icy wind battering the shoreline. Confident that fish would be present we fished hard and I was rewarded with a stunning looking long lean rainbow of close to 4lb. 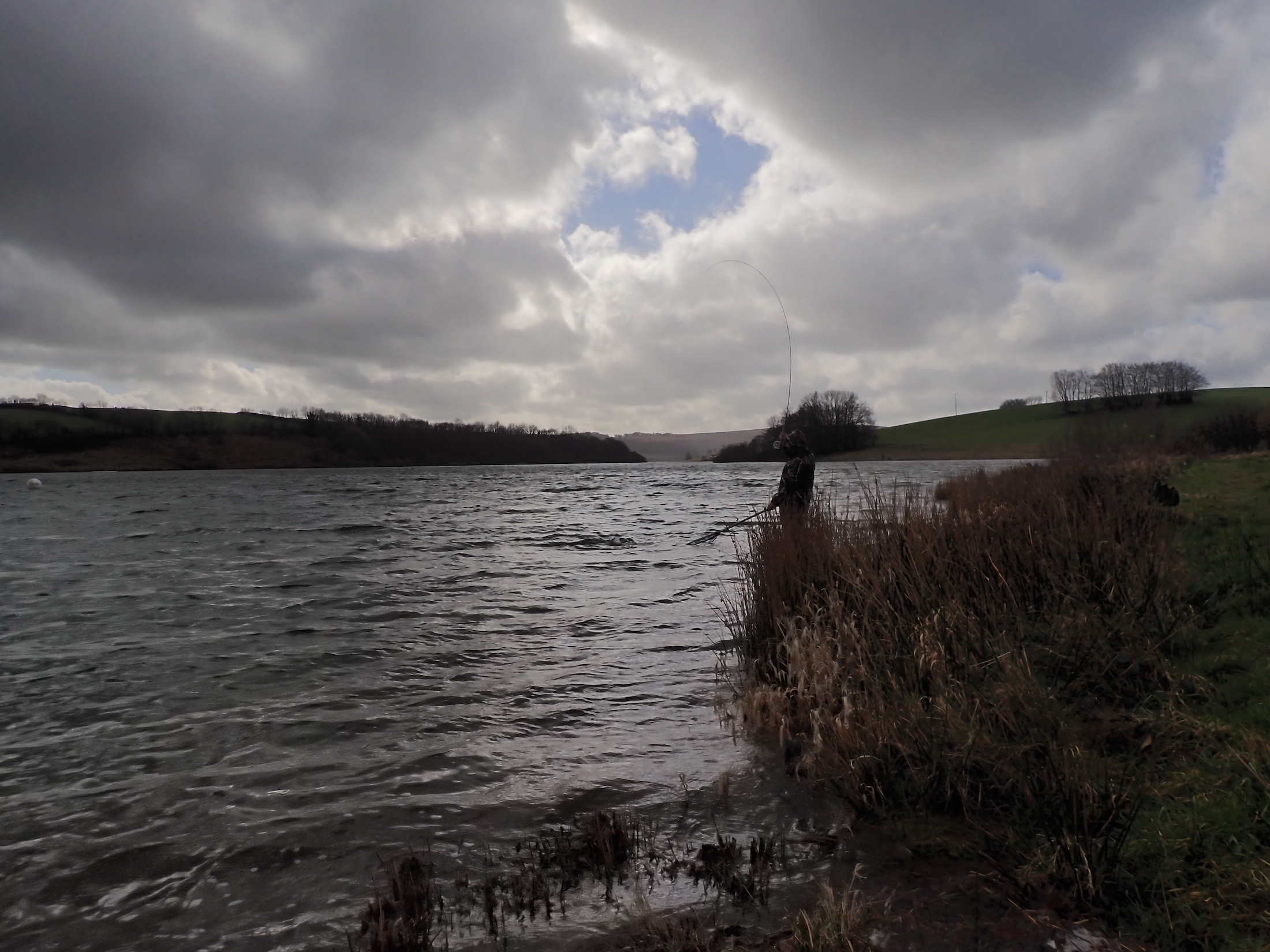 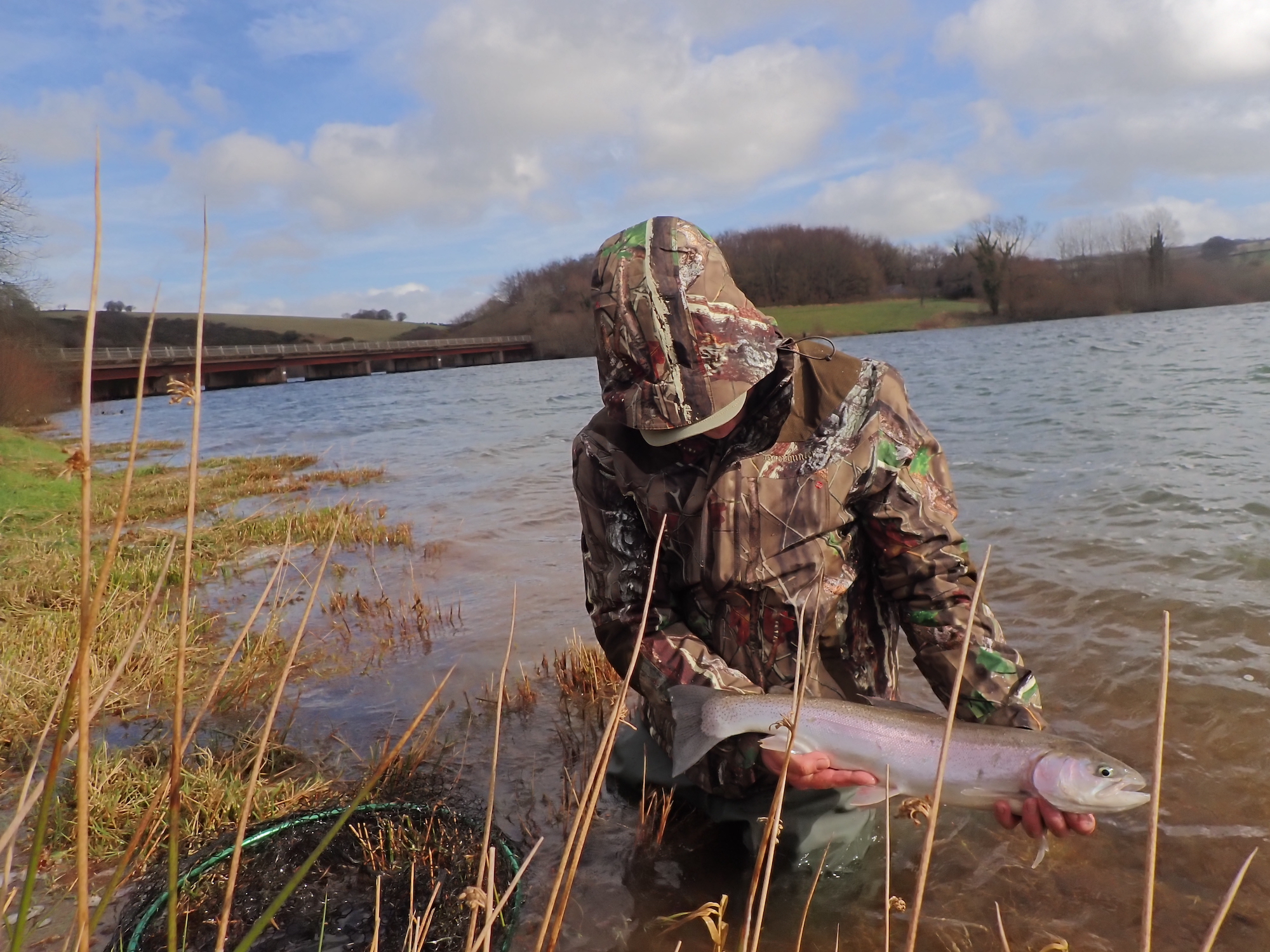 We gave it another half an hour in the teeth of the wind before conceding defeat and heading once again to sheltered waters. A few fish were being caught in the bay and we fished optimistically before stopping for a bankside sandwich and a coffee.

We discussed tactics and decided to move once again and escape the cool wind. Moving to the far side of the sailing club we found calm sheltered water. By now the sky was a vivid blue with bright sunshine shining into the clear water. Once again my line zipped tight and a wild brown trout exploded from the water performing an acrobatic summersault. Jeff secured a few pics of the immaculate wild fish before it darted away to freedom. 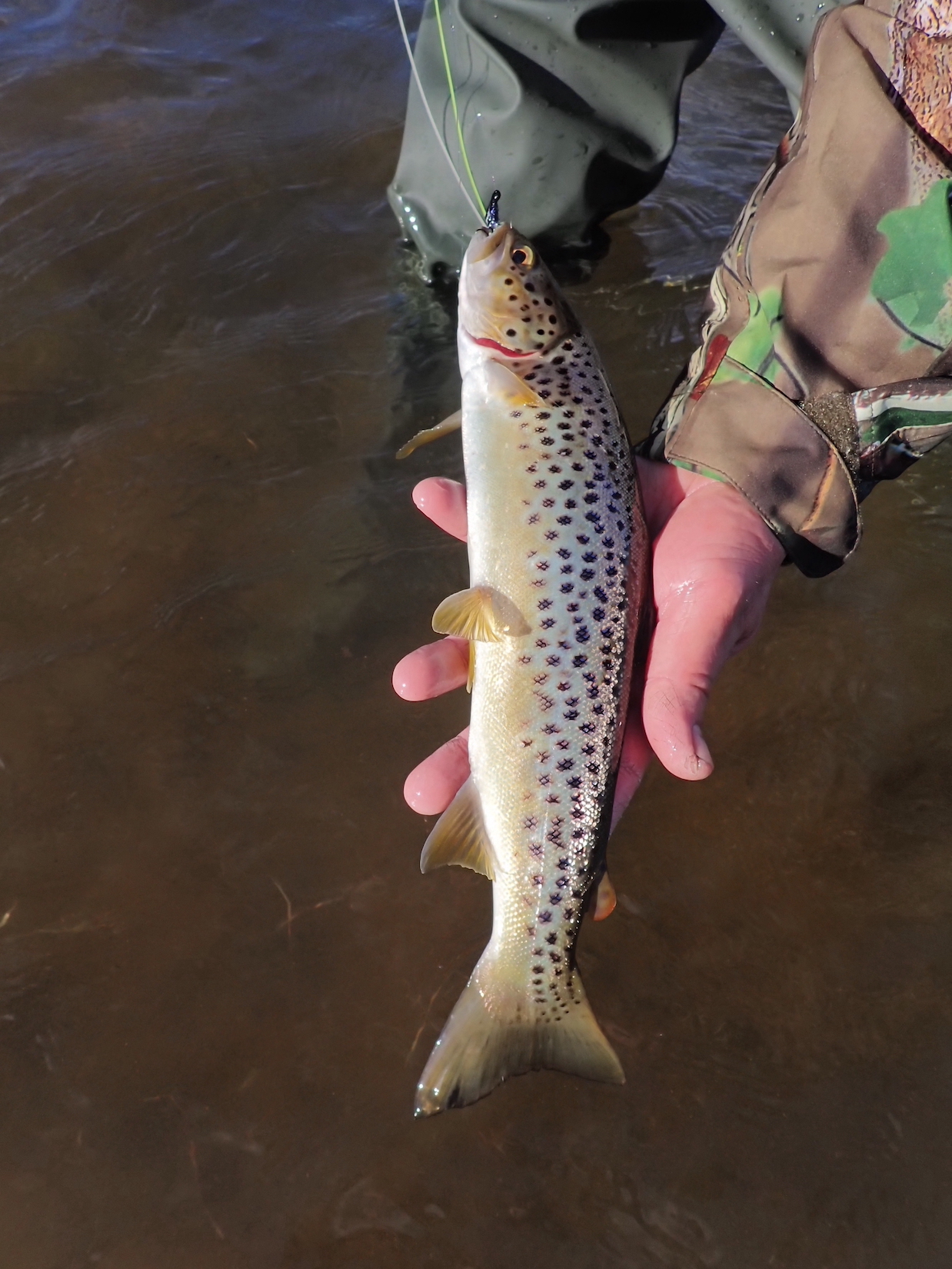 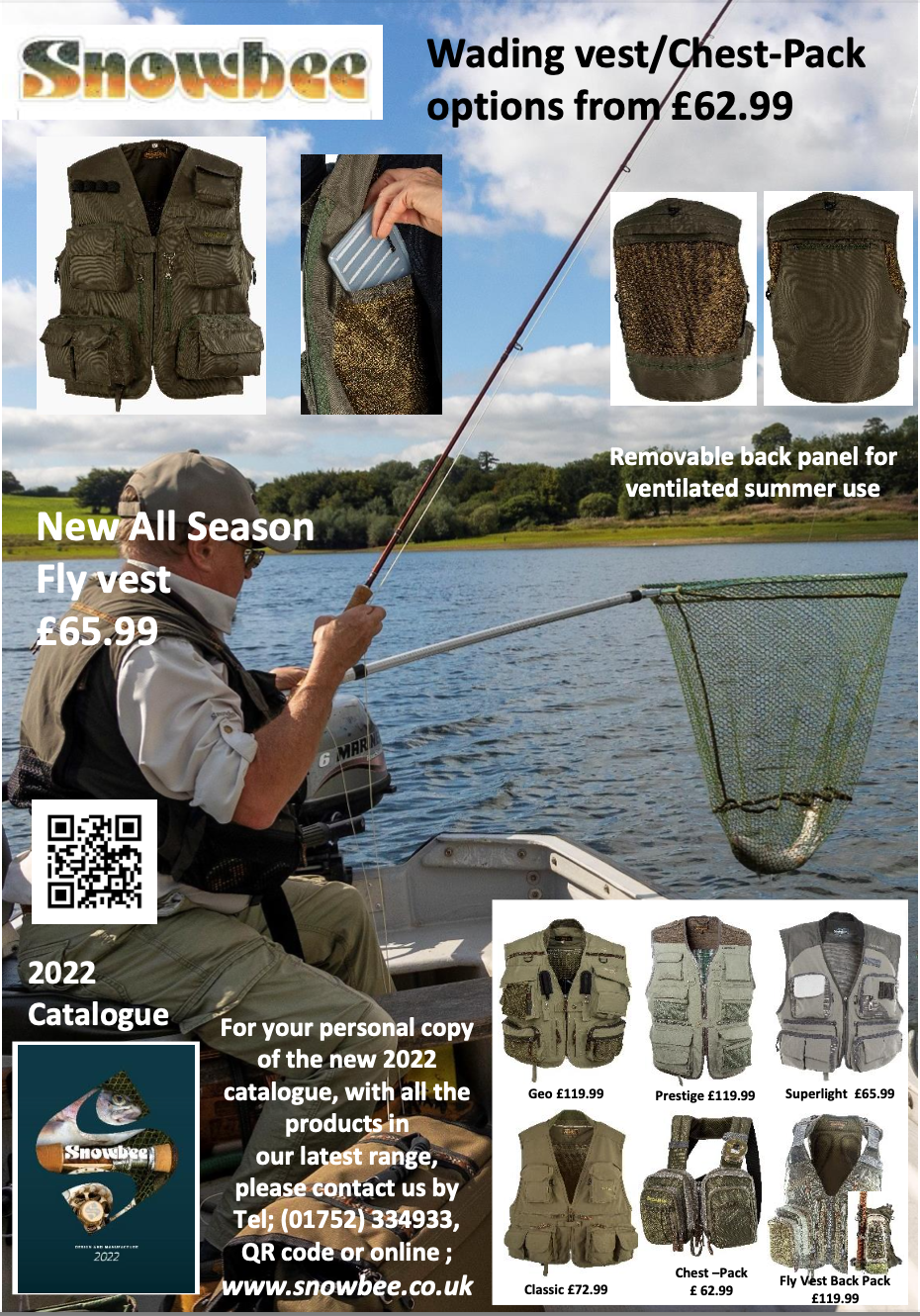 It was mid-afternoon and we sensed a slight easing in the wind speed. The area close to the boat launching area seemed worth a revisit following the success enjoyed earlier in the day.

We braved the cold wind for an hour before conceding defeat at close to 4.00pm. Late February high on Exmoor can be brutal but the rewards are high with Wimbleball’s hard fighting rainbow trout amongst the hardest fighting trout I have ever encountered.

Early season the fish can be concentrated as the catch returns revealed at the end of the day with some anglers recording up to twenty fish. Both bank and boat fishing giving great sport with the popular lures of the day working well.

I have always found black lures or olive damsels to produce well in early season fished down in the water at a slow pace. Anglers often follow fashions with favoured variations proving successful each season.

I look forward eagerly  to my next Wimbleball session and once again connecting with its full tailed battling rainbows. 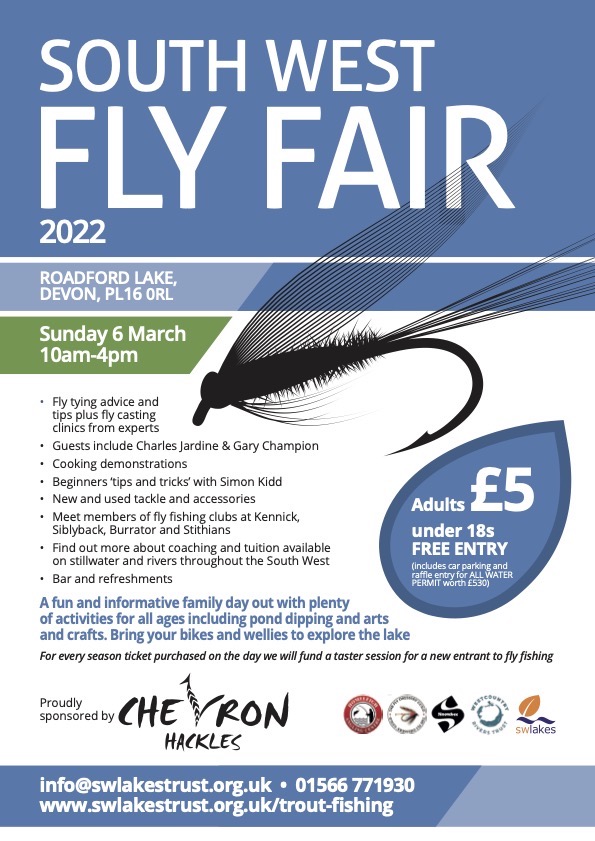