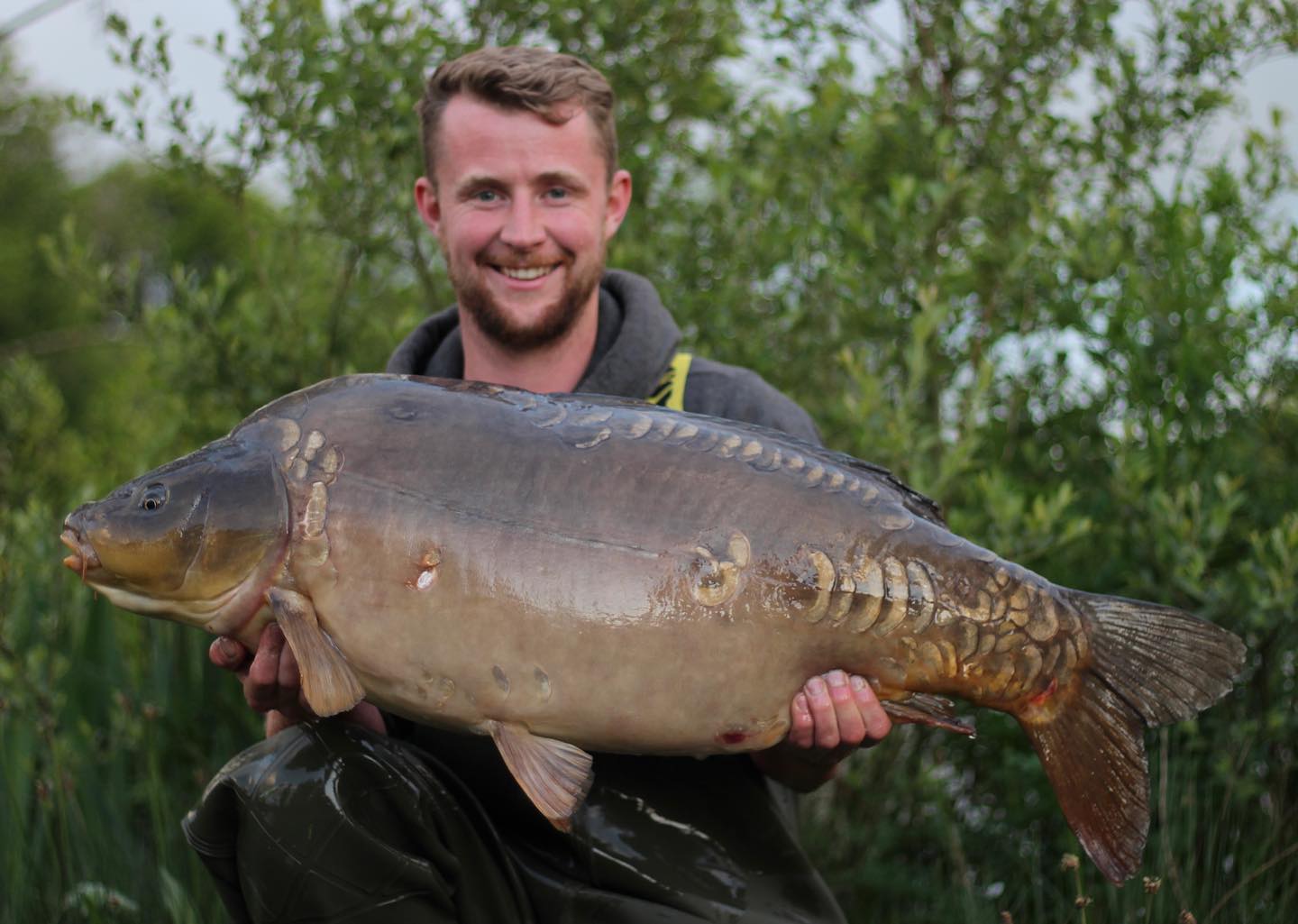 So after nearly 14 months since it’s last capture, the bullet has finally made an appearance at 41.14 … the lucky angler was Josh Critchell who after doing a draw found his swim to be full of carp. We stood and watched probably twenty or more fish in a little bay and there amongst them was this particular fish, it took over 24hrs before the big mirror made a mistake with Josh’s baitworks Atlantic heat hookbait…the fish was also a new pb for Josh and his first English 40 and a Devon one at that!! 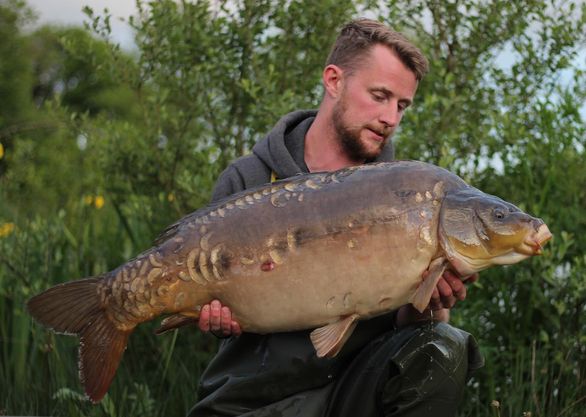 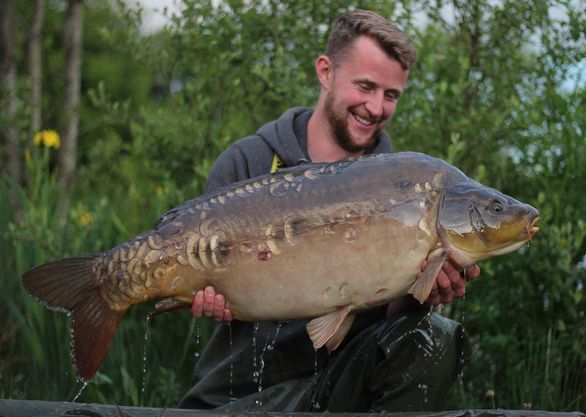 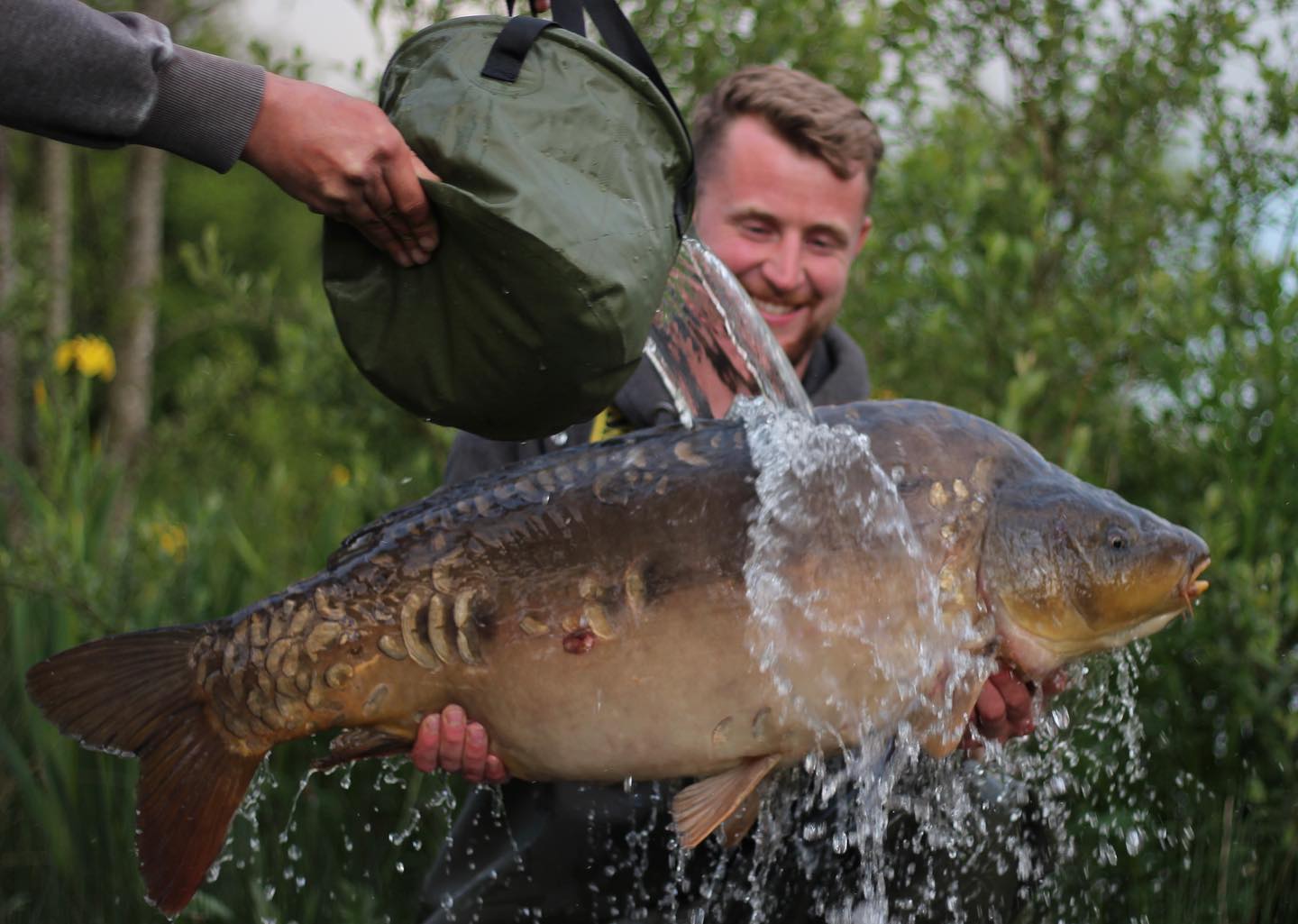 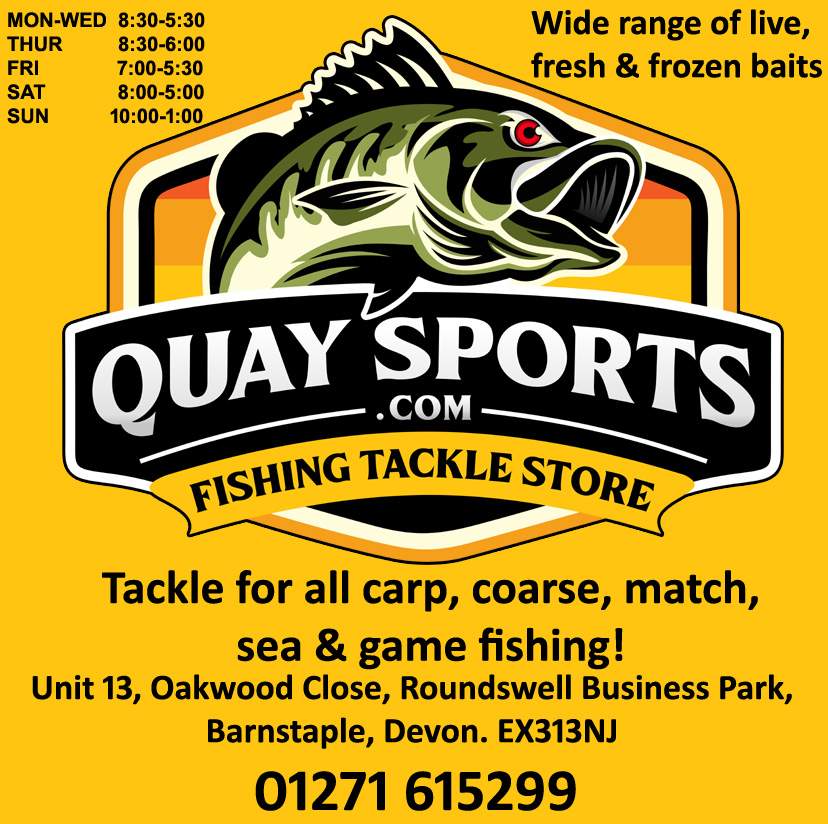