Many of my childhood days were spent beside the River Umber that flows through the village of Combe Martin. It was from this river that I caught my first freshwater fish a small wild brown trout of just a few ounces. The river also produced good numbers of eels that would seize a worm intended for the trout. During the 1970’s wild brown trout thrived within this small river and I caught hundreds of buttercup flanked trout with bright crimson spots. The prolonged drought of 1976 had a severe impact upon the river and many trout perished as some stretches of the river dried up. The river made a partial recovery but was hit by several pollutions that decimated stocks further.

I have never lost sight of this tiny river walking its banks from time to time on a stroll down memory lane. I haven’t fished it since the late seventies but still relish the memories of those trout and the adventures I had beside the river. On my last few visits I have failed to spot any trout and feared that the population had all but died out.

I recently read of a scheme to monitor the water quality in the River Umber and saw a report of fish being seen in the river. With the present drought I was worried that the river had dried up so Pauline and I took a walk beside the dwindling water. Some of those childhood haunts had changed little with familiar trees and walls still present.

The water flow was alarmingly low but it was at least still flowing. The water was clear though there were a few silty deposits. I noted one of the water monitoring stations and was pleased to see this indication that some still care about the river.

To my delight as I peered into the water I glimpsed two trout ancestors of those wild trout that brought me so much childhood joy. 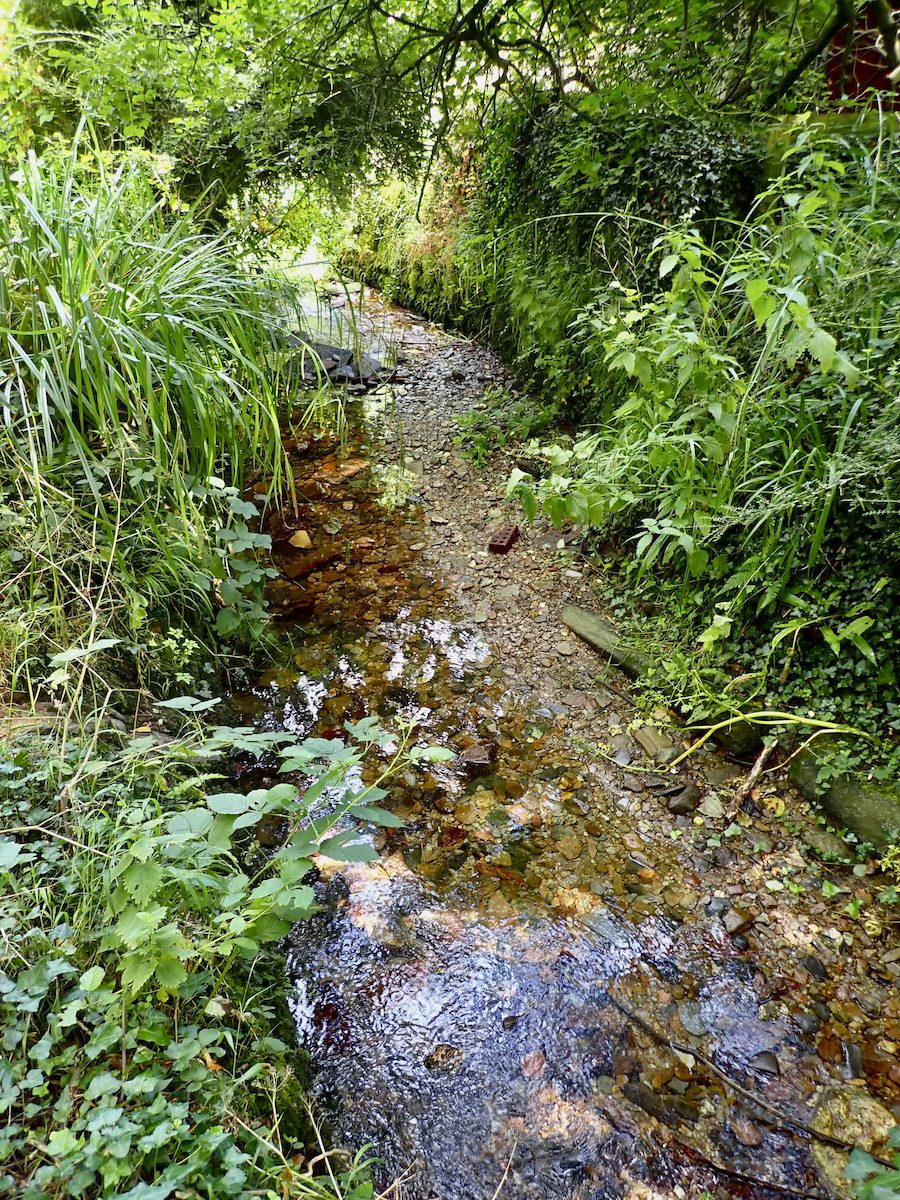 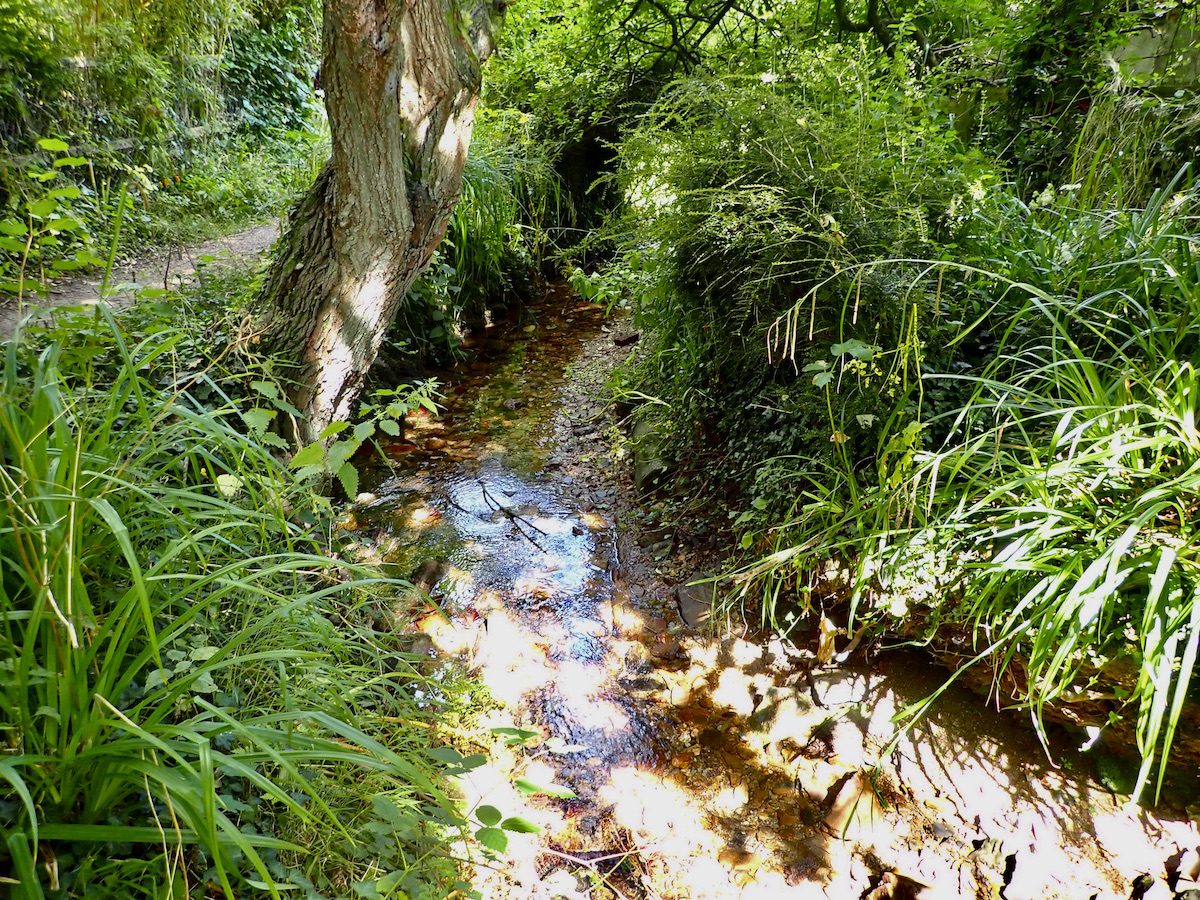 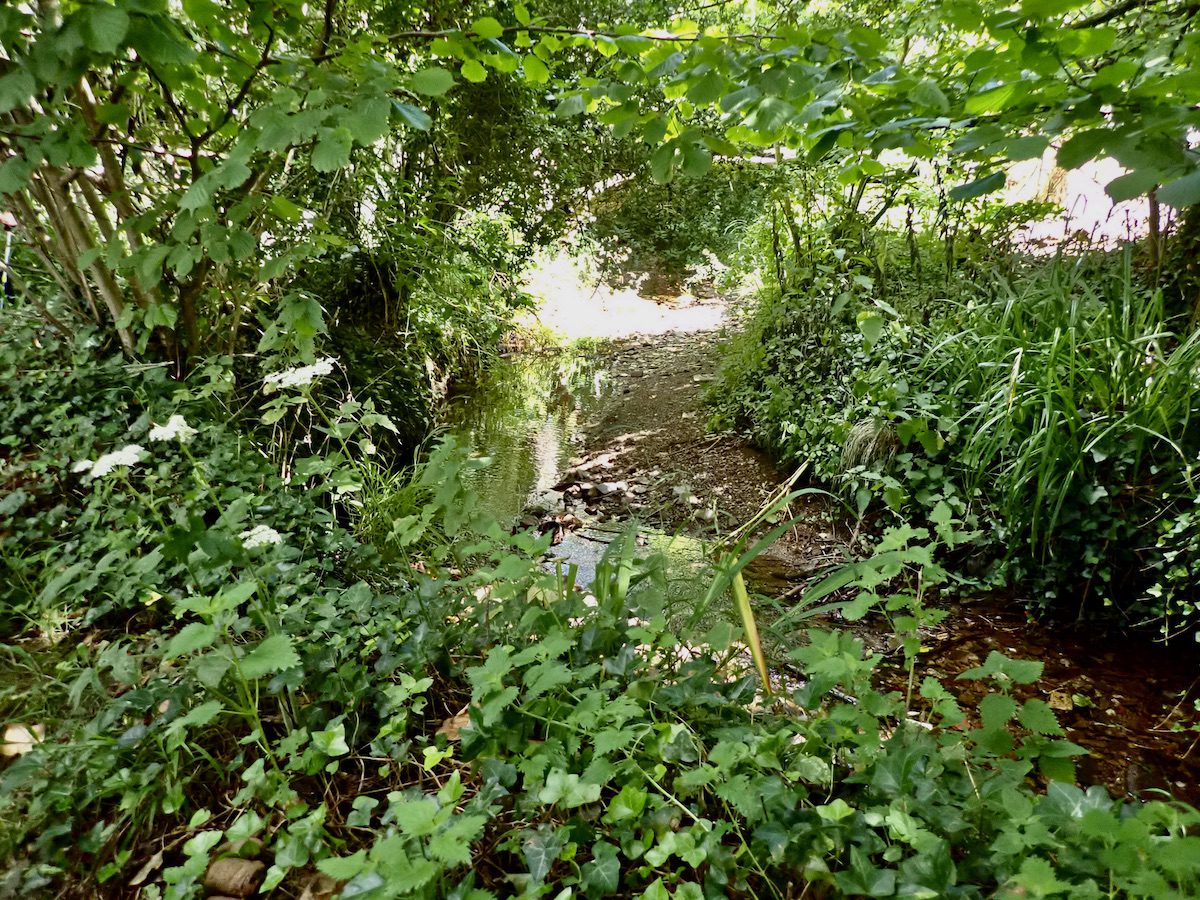 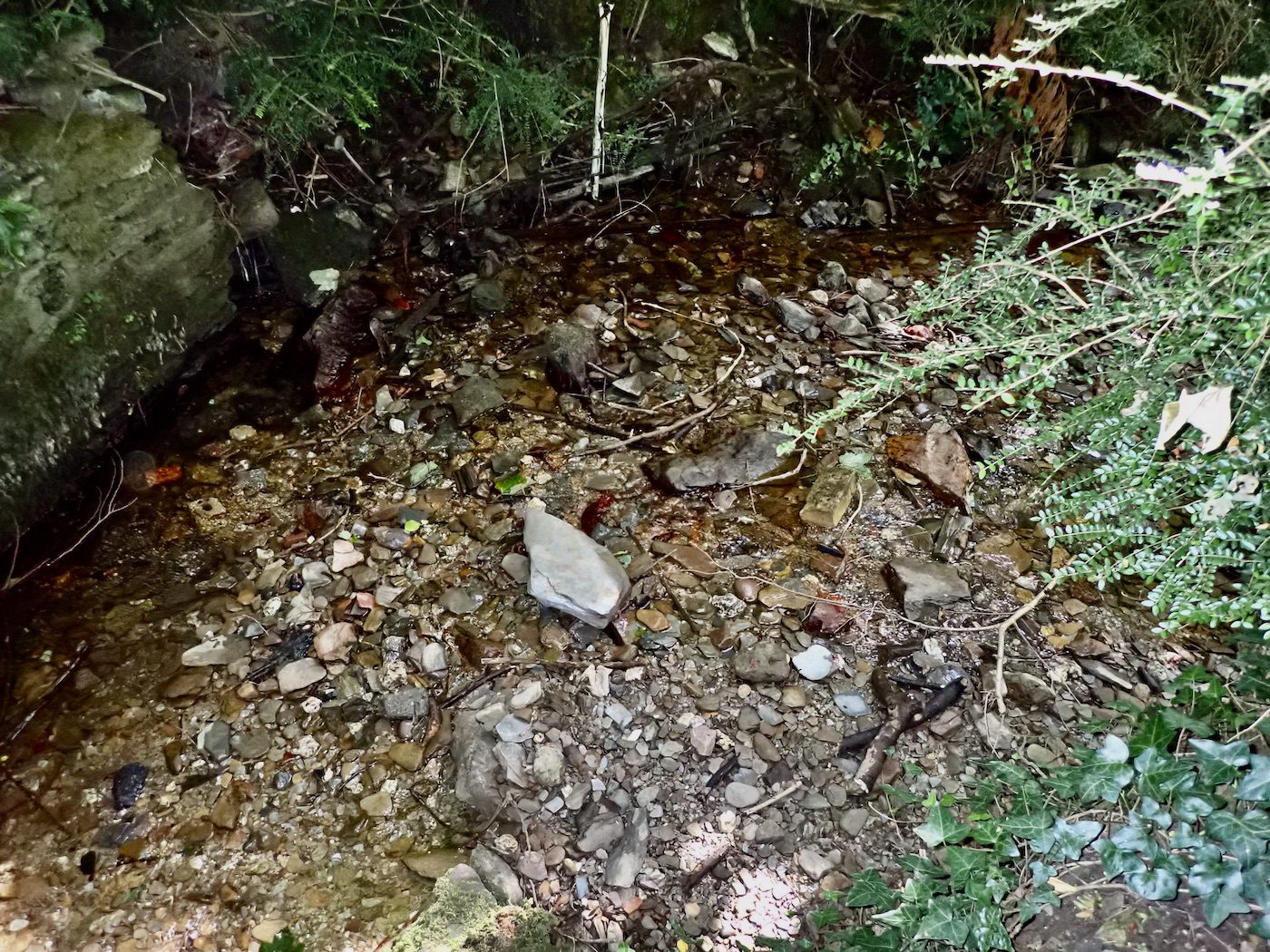