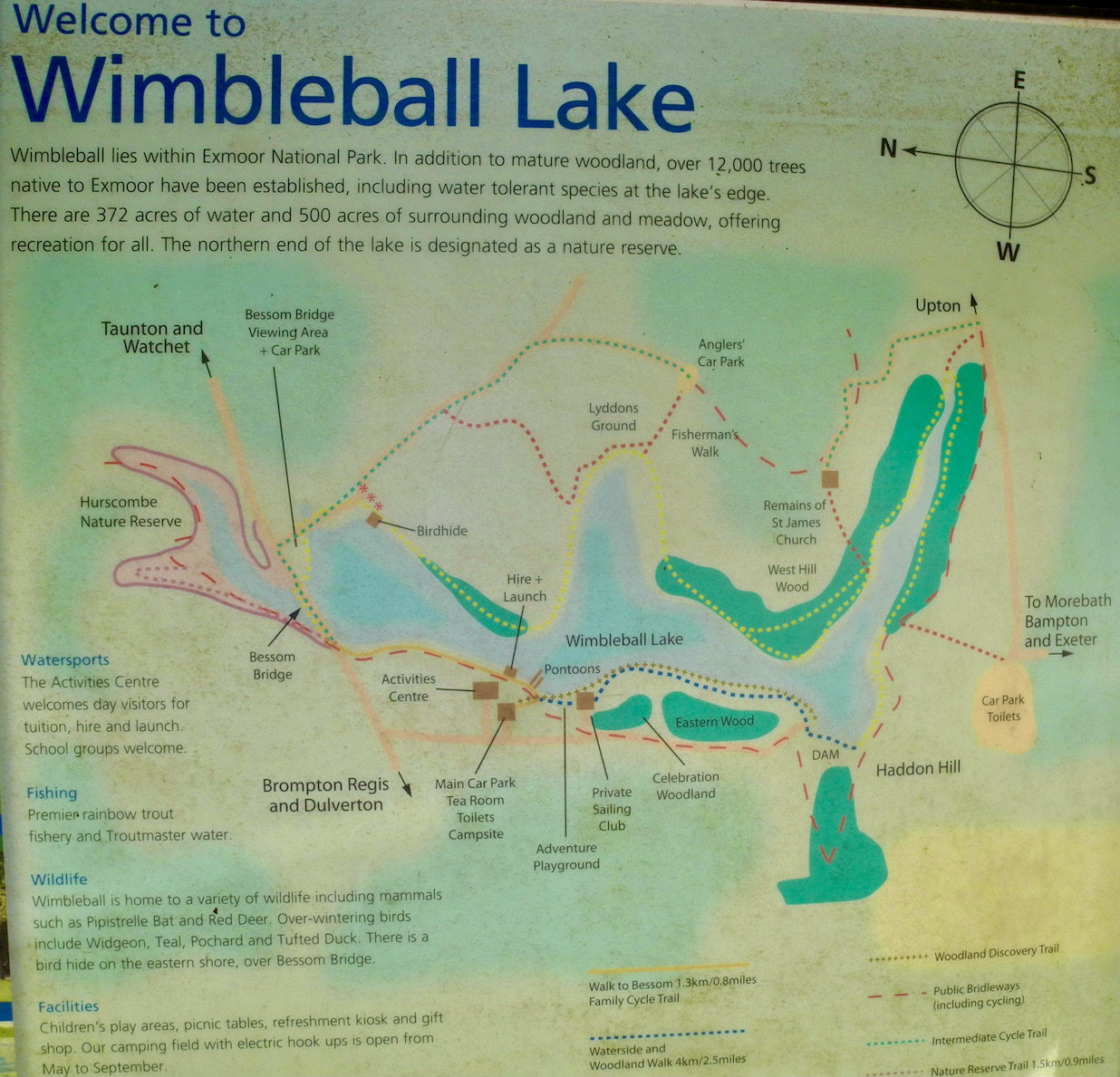 Wistlandpound Fly Fishing Club resumed activities at Wimbleball Reservoir after a twelve month lay off due to the COVID pandemic. Spirits were buoyant as members congregated at the ticket hut prior to heading out to the lake. Two pairs of anglers were taking to boats and the remaining three including myself were fishing from the bank.

Heavy thundery showers were forecast and a gentle breeze was pushing up into Bessom’s Bay and Ruggs. The three of us who had opted to fish the bank headed to this area.

Pulling into the parking area I was delighted to see a splash of vivid yellow with cowslips in full bloom a pleasing sight and less common in the West than the dominant primroses. 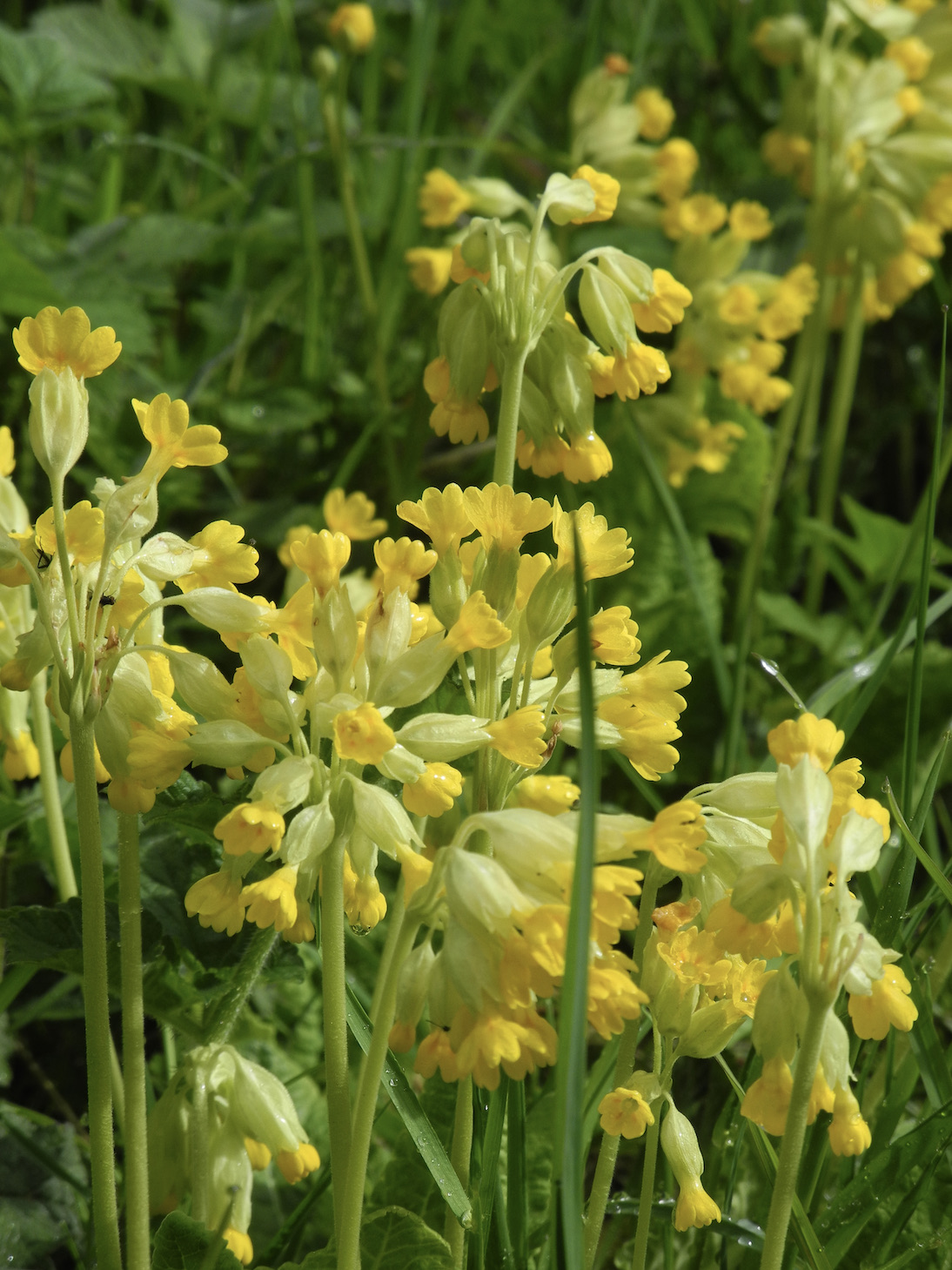 Wimbleball is undoubtedly the jewel in South West Reservoir fishing with a growing reputation throughout the Fly Fishing fraternity. Wading out into the cool clear water I put out a floating line and a team of three flies. After fifteen minutes using small imitative patterns I changed tactics slightly adding a damsel an olive damsel to the point and bright orange blob to the top dropper. This brought instant success as a rainbow hit the lure hard giving a spirited account before being drawn over the net. A couple of casts later another rainbow hit the blob and was safely netted. 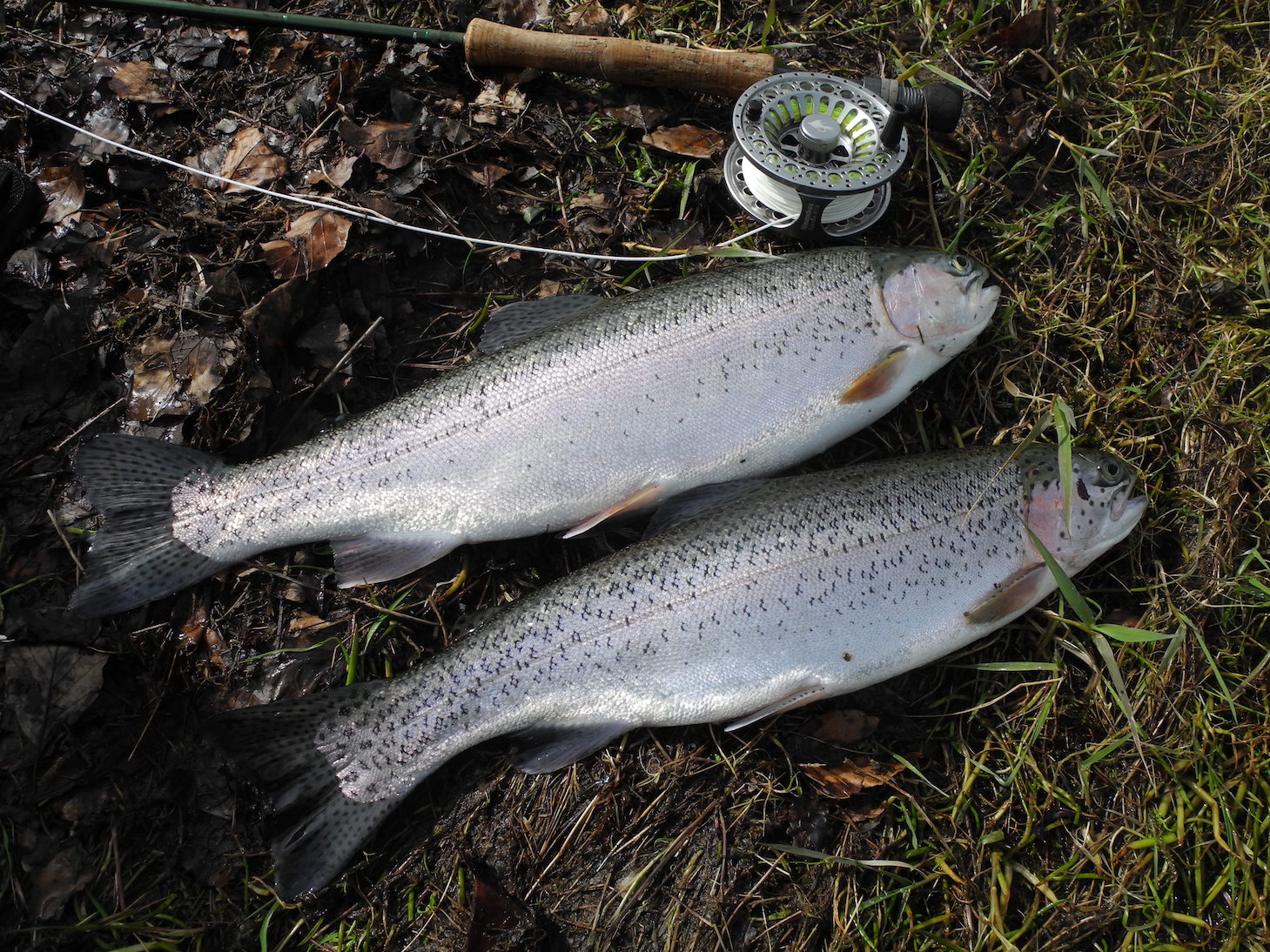 With a brace secured I was now fishing in the zone expectant of a take at any second. A few missed pulls followed enough to keep me alert and fishing with that confidence that ensures total emersion in the task at hand. 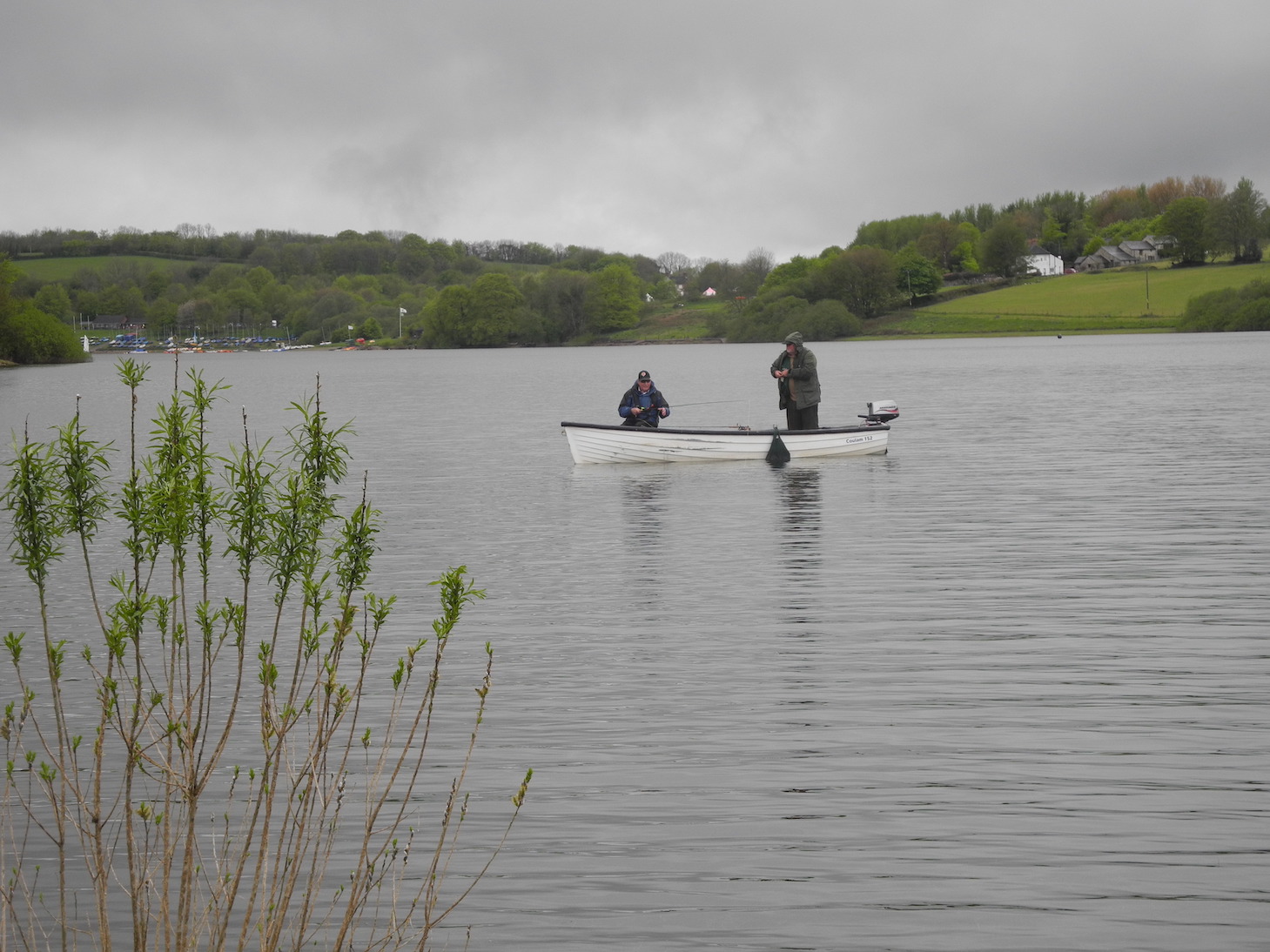 By midday the rain was lashing down and it was far from warm. Angry clouds drifted past. I noticed a few fish rise and one or two Alder flies were showing. I changed my team of flies putting a bead head black Montana on the point, an Alder fly on the top leaving a black buzzer on the middle dropper. Slowing the retrieve right down I soon found action hooking into an impressive rainbow that erupted from the water before taking the fly line down to the backing. Five minutes later a full tailed rainbow of over 4lb 8oz was being admired on the bank. This was followed by another impressive rainbow over 4lb and a final fish of around 3lb. This sadly brought my fishing for the day to a close as being a competition all anglers had bought five fish tickets. My normal option is to buy a catch and release ticket. 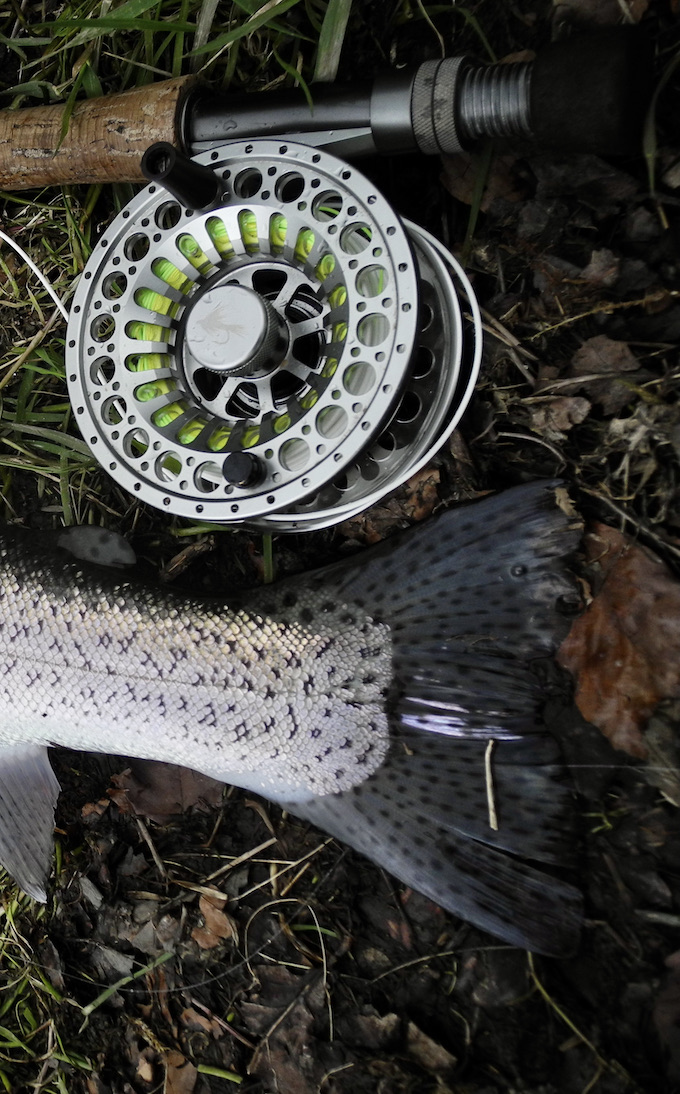 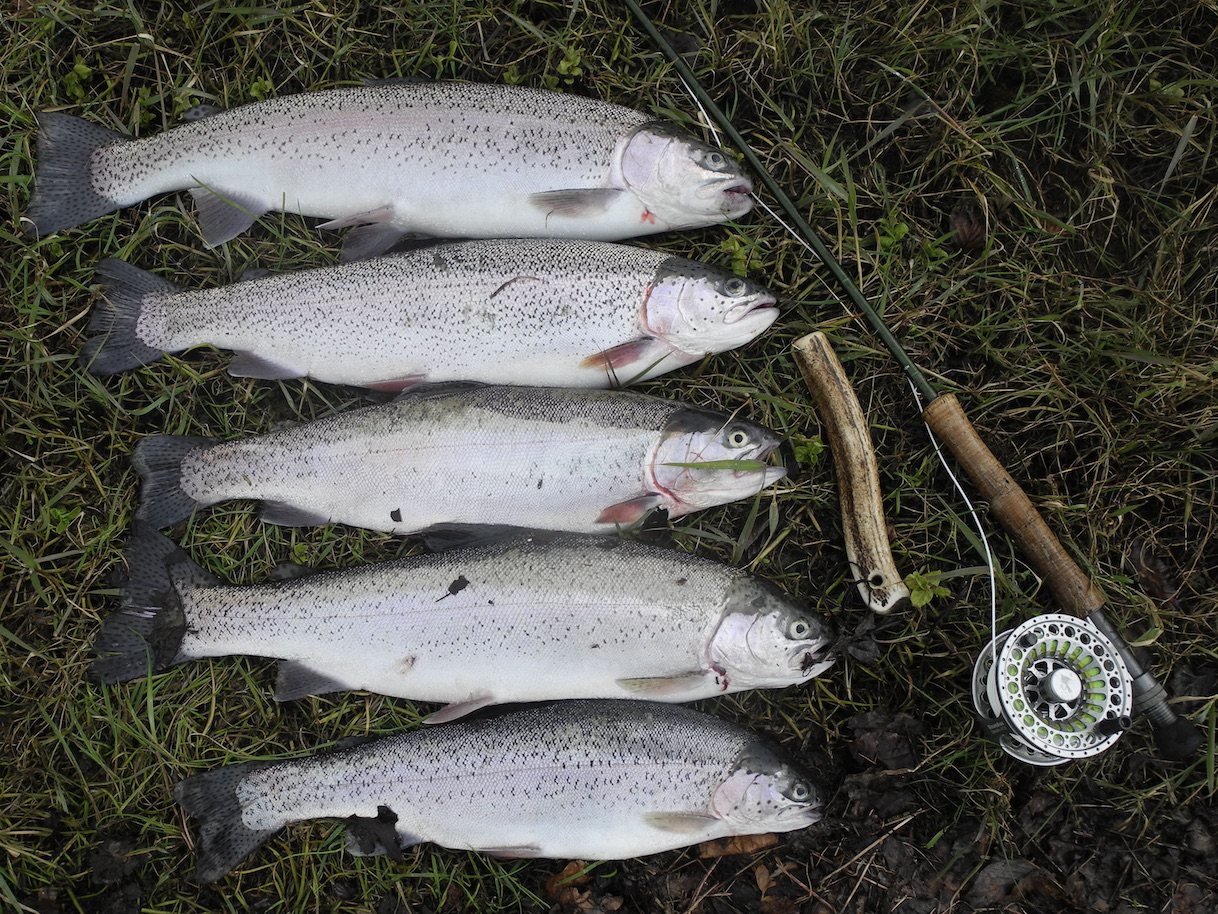 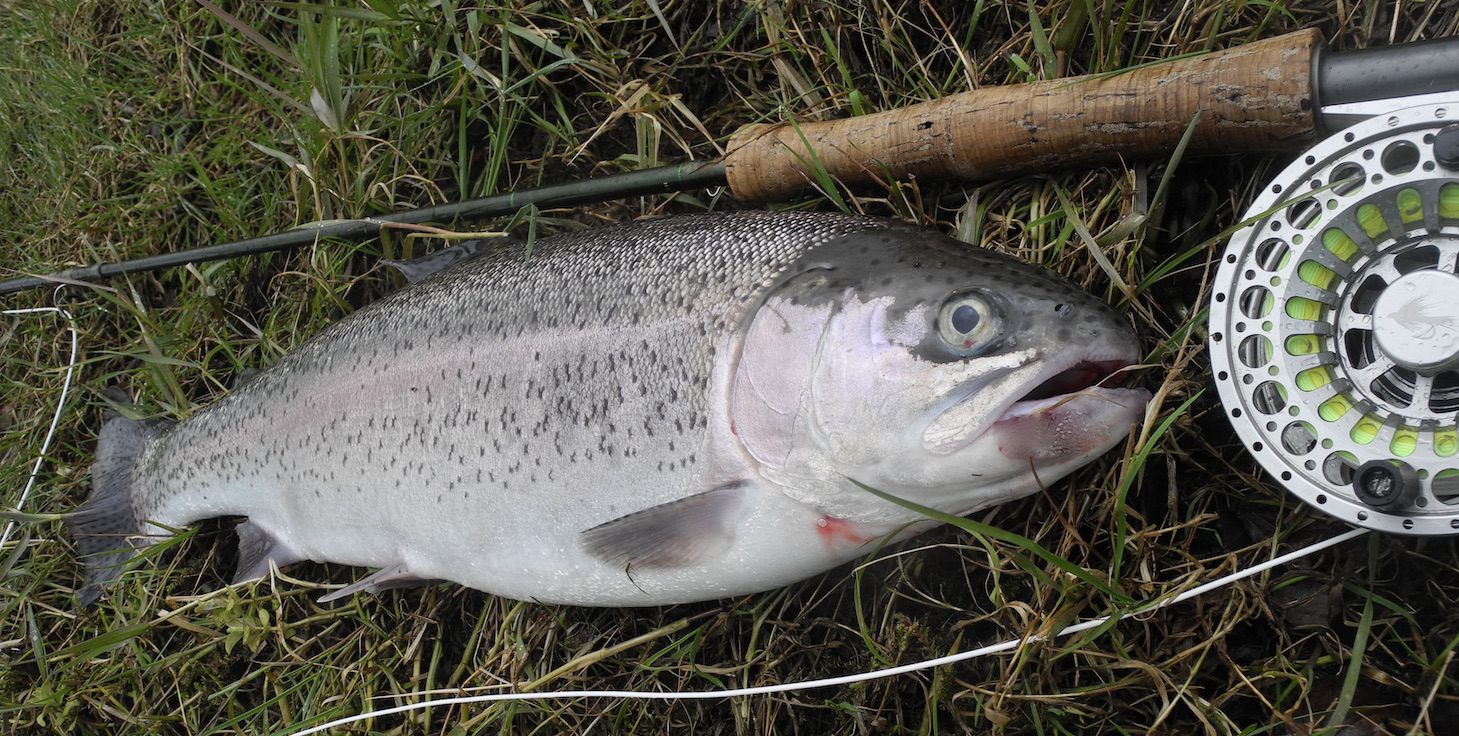 I chatted to fellow anglers for a while before enjoying  a coffee and sandwich as the rain persisted. It was now close to 2.00pm with a couple of hours left until the weigh in back at the permit hut.

I drove back to the hut and took a stroll to the waters edge. A brief spell of sunshine transformed the scene as water sports enthusiasts enjoyed the day. There is plenty of space on the Lake for all with anglers, windsurfers and dingy sailors all catered for. 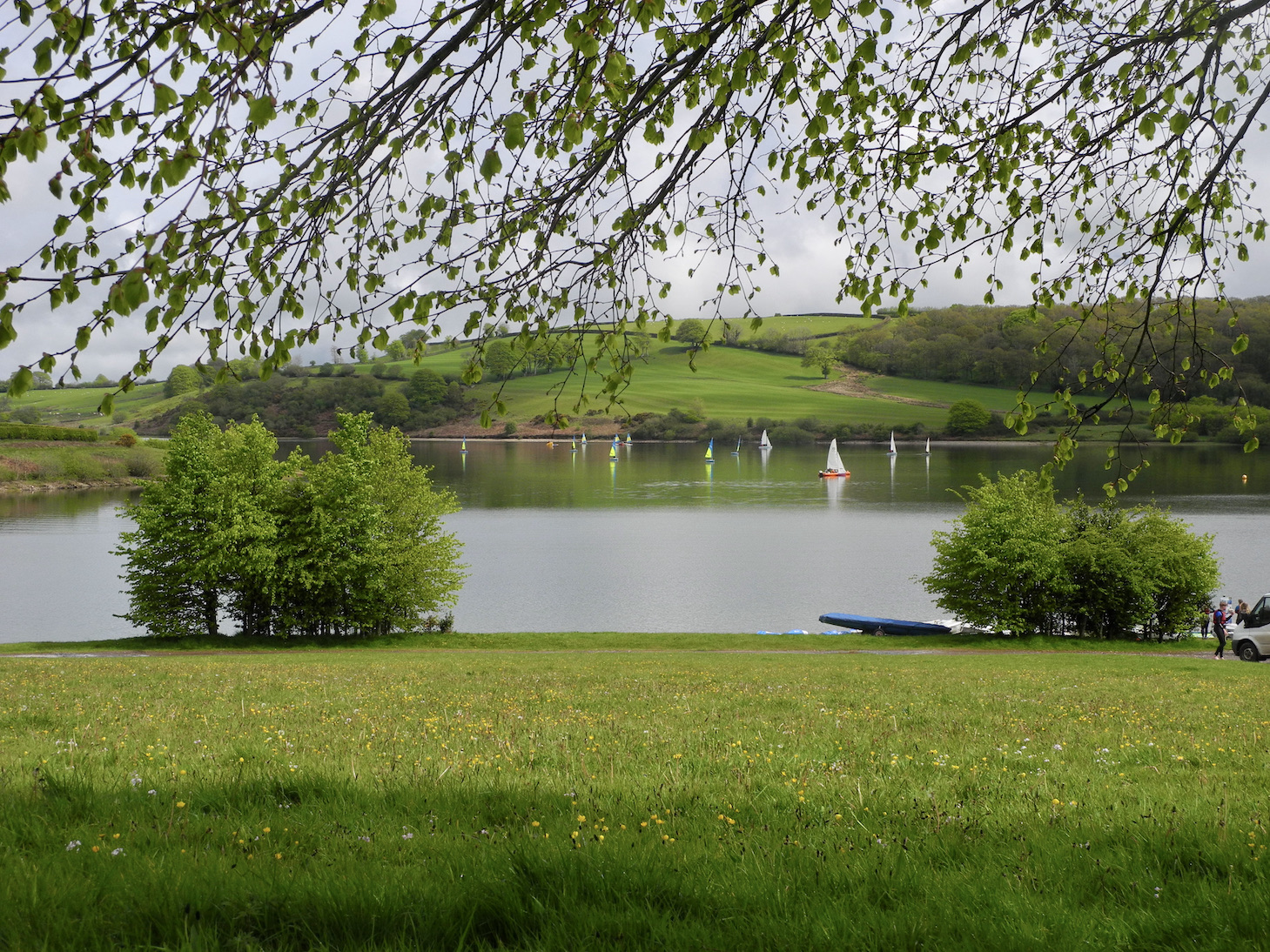 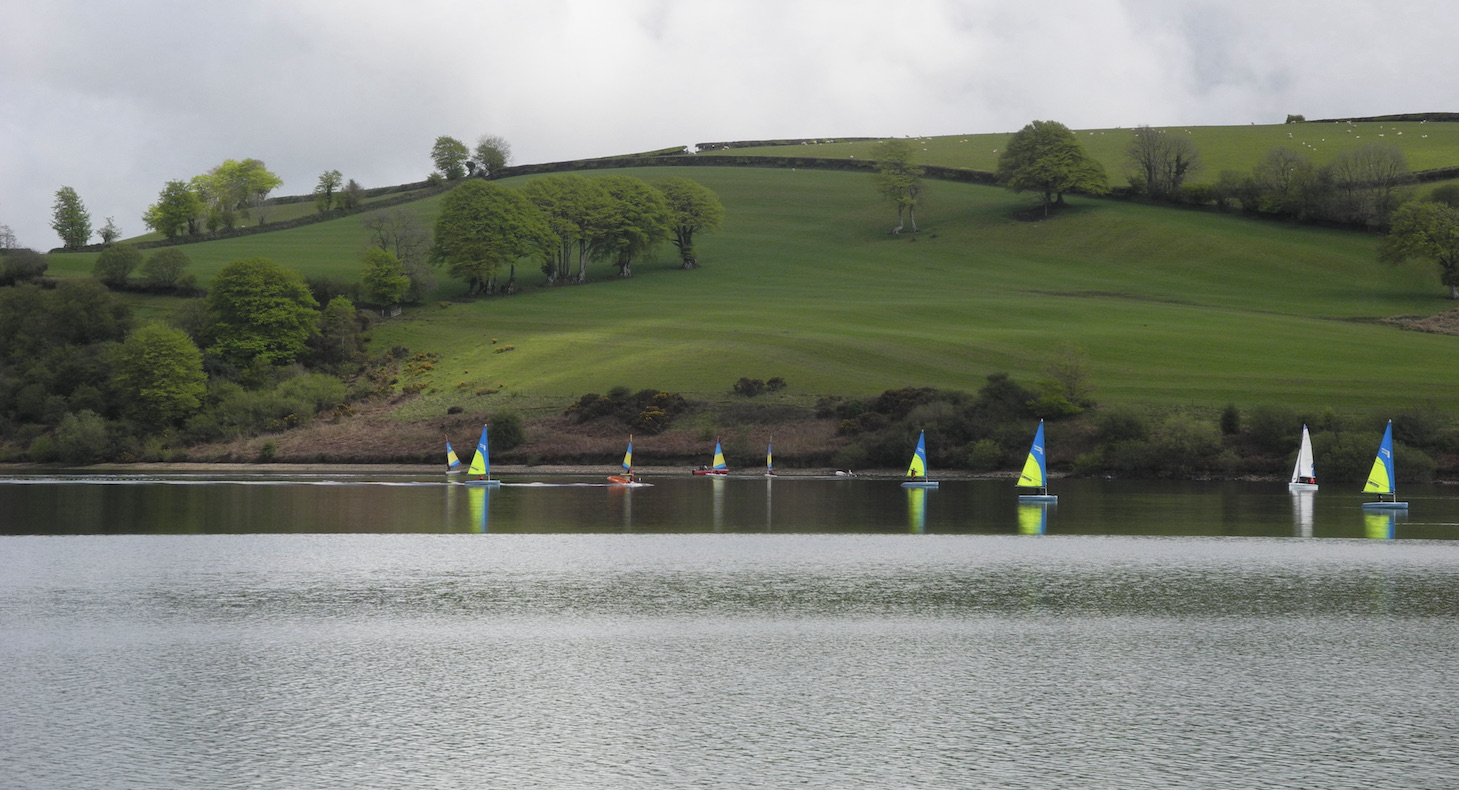 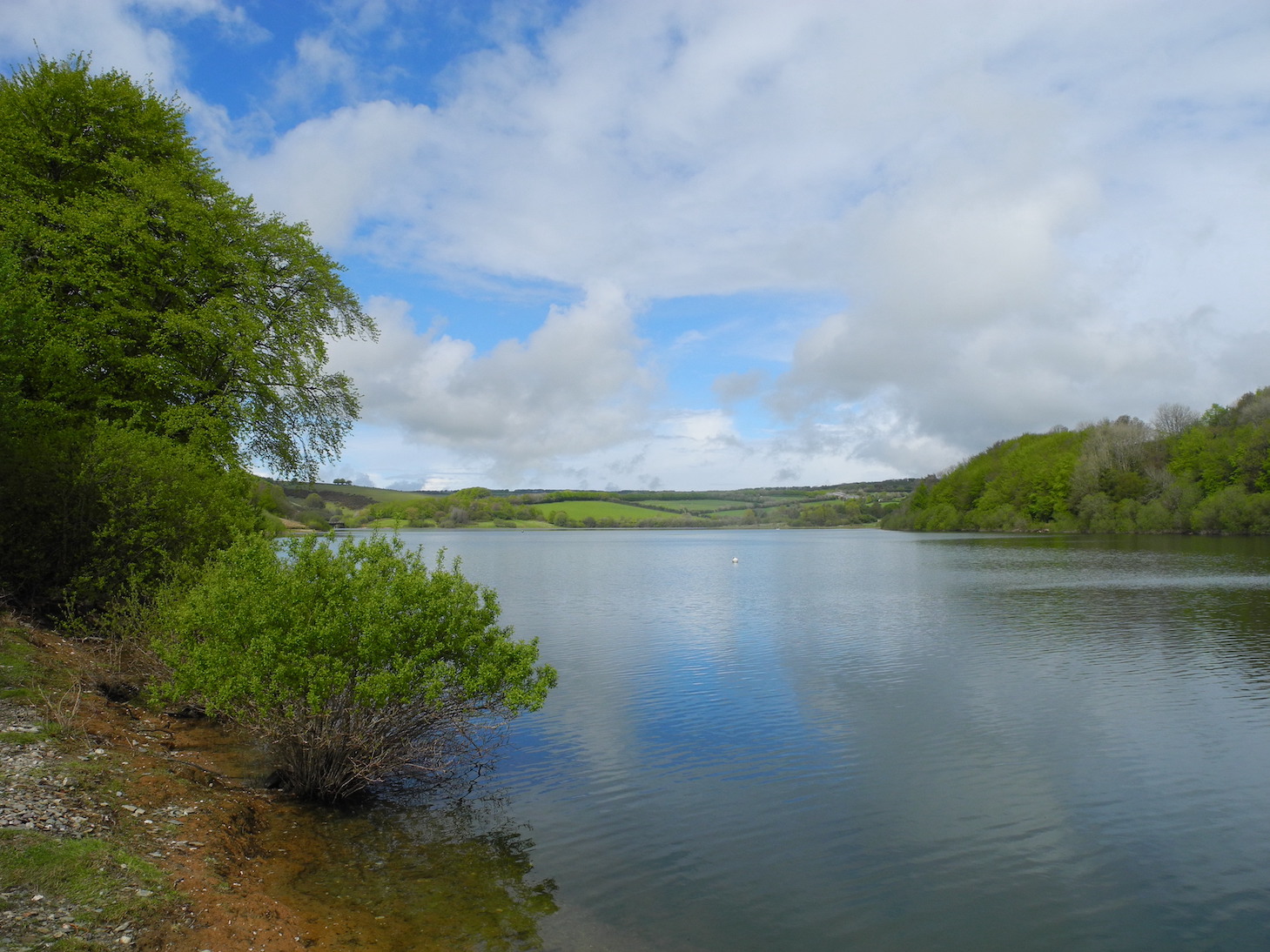 Just after 4.00pm club members gathered for the weigh in and all had tales of hard fighting rainbows with a couple of snapped tippets in the mix. Biggest fish of the day was an impressive rainbow of 6lb 7oz that had taken Andre Muxworthy over fifteen minutes to get into the boat. All members had caught with four limit bags and several fish of over 4lb.

The results of the Edwards Cup:- 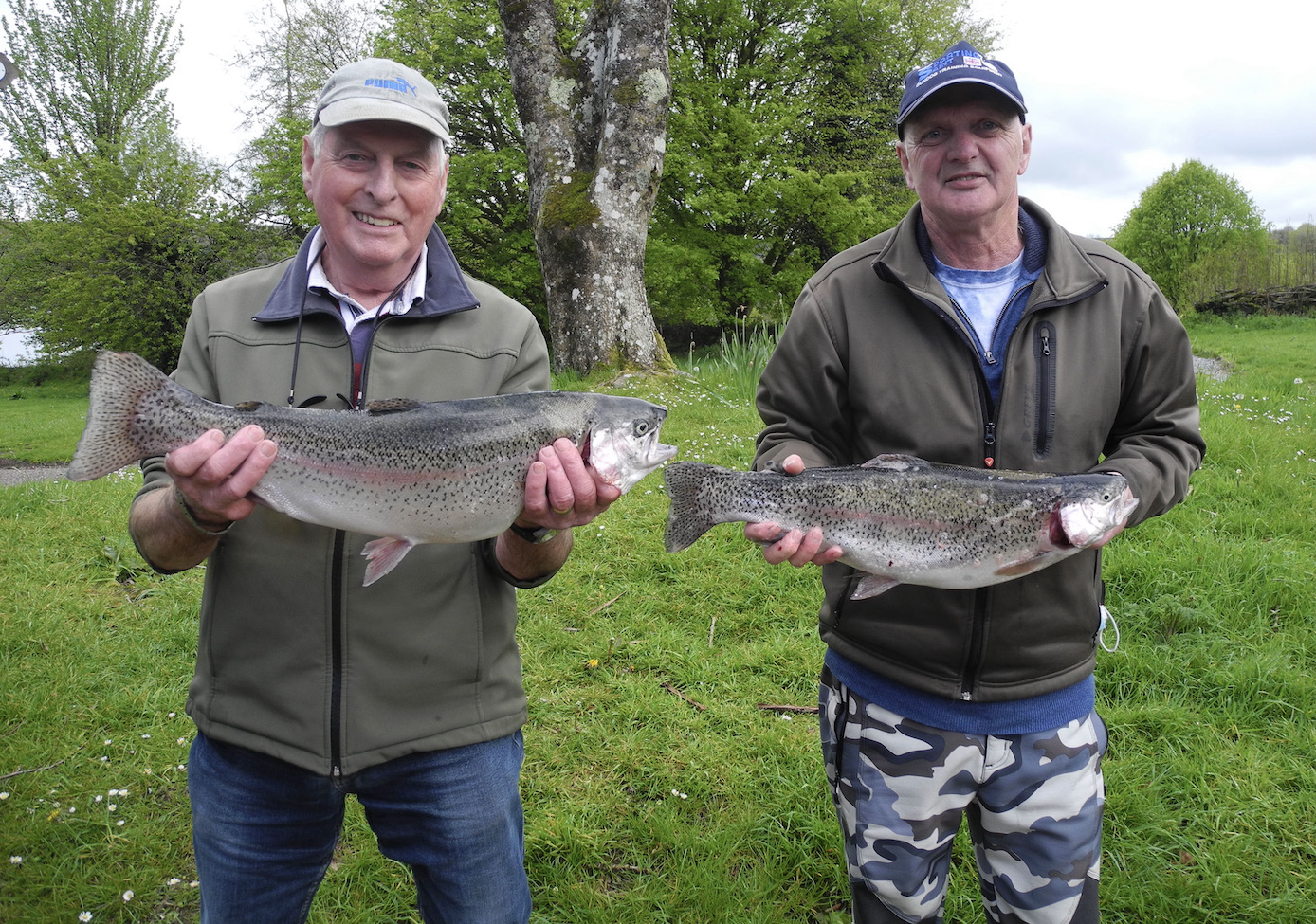 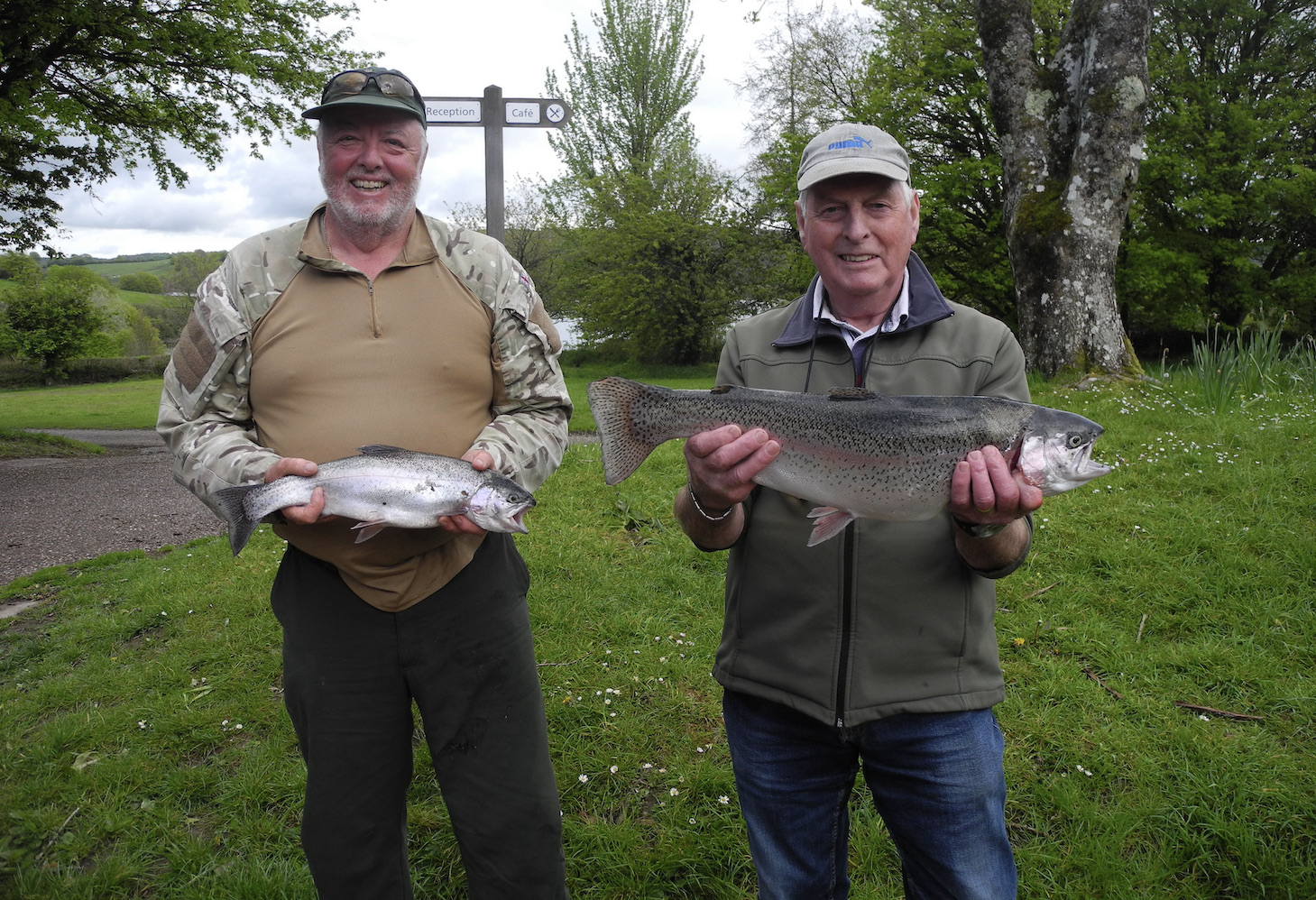