At the end of March I attended the Torridge Fishery AGM where we were given a fascinating presentation by Izzy Moser of the Devon Wildlife Trust. I spoke with Izzy the following day at the Riverfly training event when she kindly offered to share information on the efforts to restore freshwater mussels. I have thrown together a few information leaflets and some of Izzy’s notes from the slide show to give an overview of the project and the fascinating life cycle of the mussel. The project is supported by Blakewell Fishery. 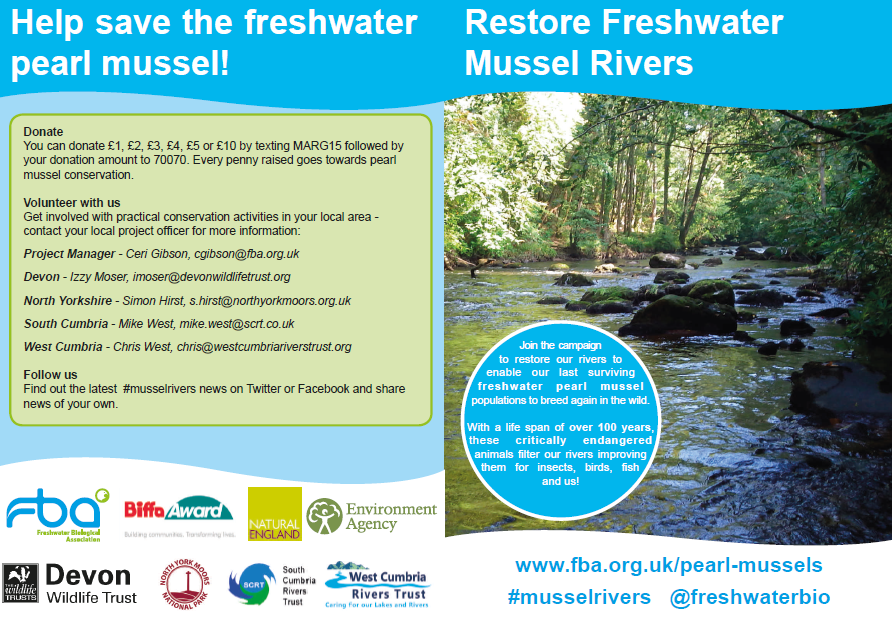 The aim of the project is to protect and restore FPM populations, and with this, to improve water quality for all users of the river.

Broader water quality issues – for example, pollution (soil, nutrients, pesticides), acidification, heavy metal inputs… and how we can improve these. 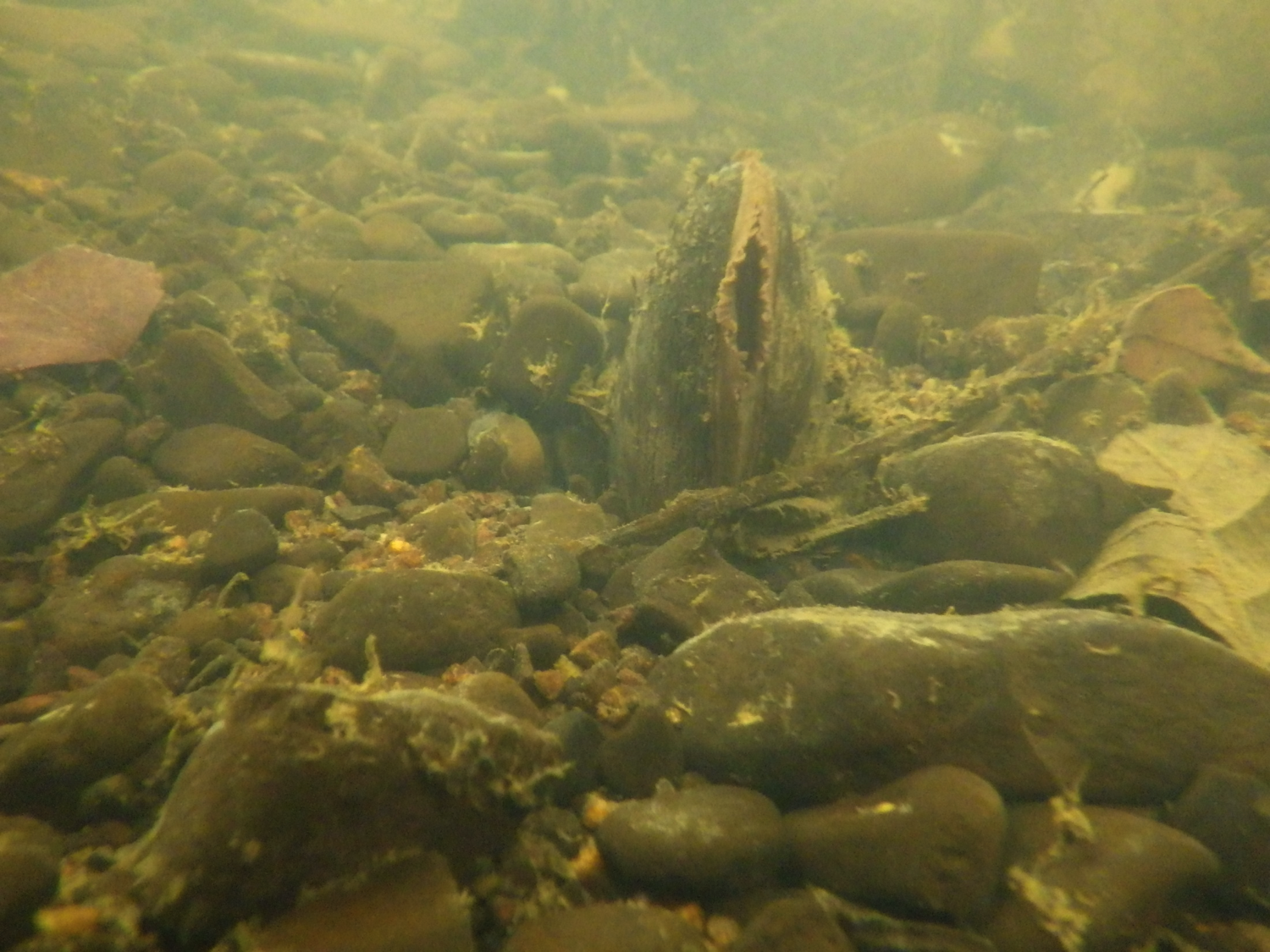 Freshwater Pearl Mussels are filter feeding bivalves from the group mollusc. They are one of the longest living invertebrates known (they can live over 100 years) and they inhabit the beds of rivers in the UK. According to the documentation, the require clean, well oxygenated, fast flowing waters

Filter 50 litres of water /day. In large numbers they can help to improve water quality through filtration.

Part of their life cycle is spent attached to the gills of salmonids (brown trout and Atlantic salmon, so good populations are vital to the survival of juvenile mussels.

On the Torridge there estimated to be around 2000 individuals and this makes up the 4th largest colony in the UK.

However, these mussels are not thought to have breed successfully since the 1960’s, and are therefore aging significantly.

Thriving mussels populations can help to improve water through filtering

Thriving mussel populations are a sign of healthy rivers.