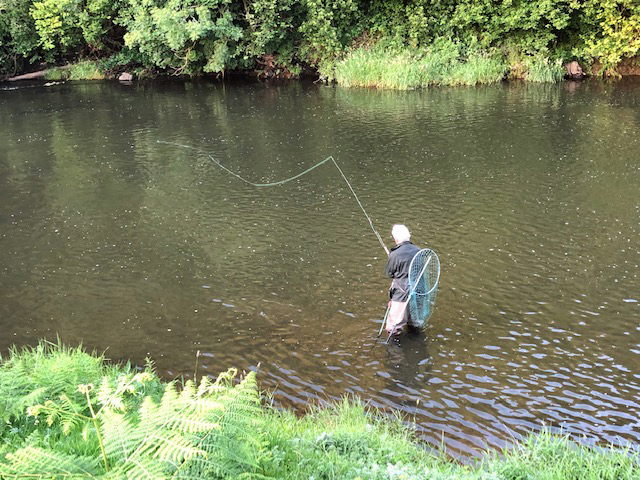 See Below message from Alex Gibson of the River Taw Fisheries Association. I have repeatedly stressed the need to report incidents and concerns to the relevant bodies. It is sadly true that they may do nothing but at least our concerns are registered and if there is enough concern shown then just maybe something will be done.

The River and the Estuary; the EA and IFCA

While the cat’s away the mice will play.

As you all know our EA Enforcement Officer, Paul Carter, retired earlier this year. As things stand it is not clear when or indeed if he will be replaced. This presents us with a major problem not just for the river, but also for the estuary. Paul was cross-warranted to IFCA.

It is therefore even more important than ever for members to report pollution, poaching, illegal abstraction and other untoward events on the river as well as suspicious fishing activity including fixed long lines on the estuary where no netting is permitted except for sand eels. By putting reports into the EA we will demonstrate the importance of having an EA enforcement officer on our river. IFCA which is Brixham based with no North Devon presence or cross-warranting currently will send officers to the estuary to look into illegal fishing activities if there is appropriate intelligence information.

I was wading down through the River Torridge a few weeks ago with a good height following heavy rain. I enjoyed my couple of hours swinging the fly across well known lies but I was down hearted by the lack of response in near perfect conditions. As I walked the river I struggled to get a grip on the slippery stones. It was as if the river bed had been coated in a layer of grease and eventually I lost my footing and fell heavily onto the stones. Fortunately my pride took the biggest blow and I fished on with a wet arm vowing to buy a new set of studs for my waders.

Last night I was wading the foreshore casting for bass waring the same waders and I reflect now that the rocks were not slippery. They were not coated in a film of slime like those in the river. Reading the article in the Guardian below I can relate to how our rivers are sadly being allowed to decline. It is a sad story and we must do all we can to stem this sad decline born of neglect and lack of focus. We must put this higher on the political agenda for surely the health of our river and environment is priceless?

I grew up in the village of Combe Martin and fished the River Umber that is the heart of the long valley that I once called home. Precious childhood memories abound of a stream full of life, crimson spotted brown trout with bellys of buttercup yellow hues. Elvers ascended the river in early summer and could be found under every stone close to the rivers mouth. I was chatting with a fellow villager  a few weeks ago and he related to the river of our youth. “Don’t see any trout in the river these days, not since the sewage works was built up river”. The sewage works was of course built to end the disgusting practice of discharging effluent directly into the sea. I can well remember the turds floating in the sea at Camels Eye close to the outfall. Whilst this was not an ideal situation and not acceptable I sometimes wonder if we have just hidden the problem shifting the issues. Investment is of course the answer but who pays?

In a corrupted world it is the environment that pays the price. But eventually we will create a vast cesspit and from what I have seen with the litter left strewn around there are those who would not mind this.

See below link to an article that recently appeared in the Guardian.