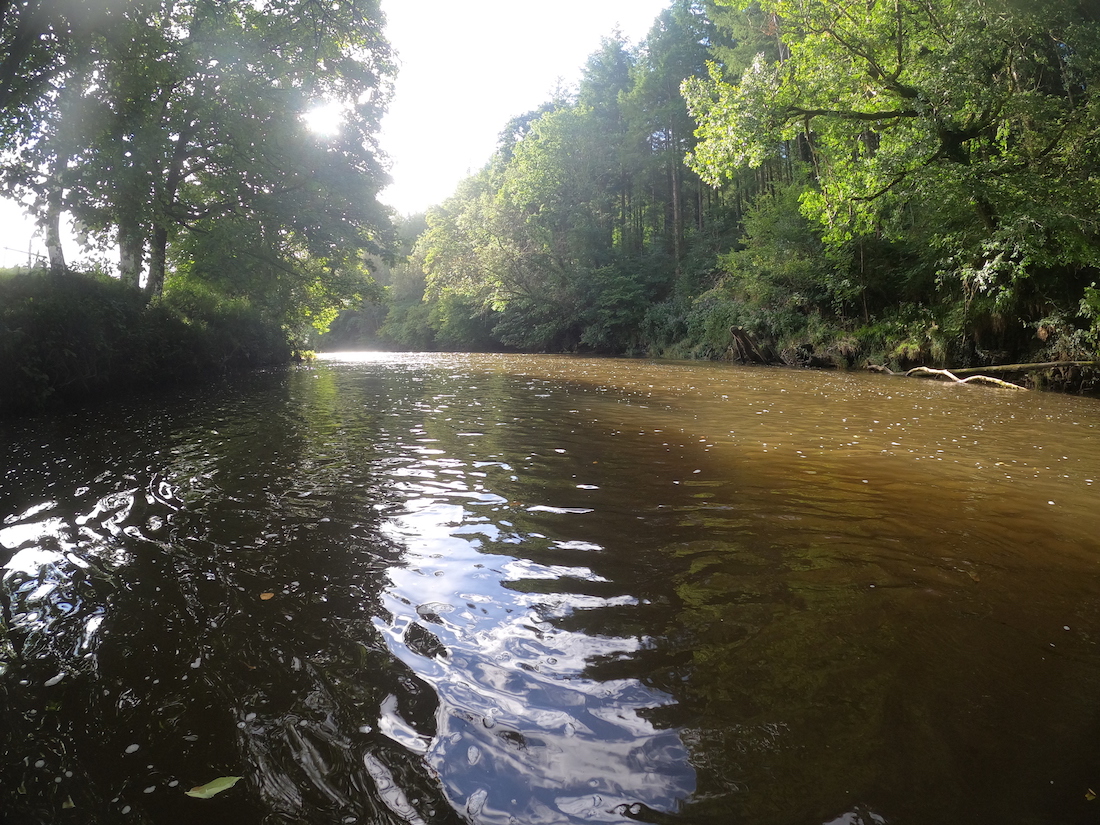 It is hard to believe that it is early September as I approach the river as the sun slowly climbs above the trees sending shafts of light across the river. The river is in perfect order running at a good height with pleasing  a tinge of colour that one could almost describe as that of fine ale.

I wade out into the cool water and begin my search, optimistic as an angler must be expectant that at any moment the line will zip tight. I absorb the familiar surroundings and listen to the soundtrack of the ever flowing river as it ambles to the sea. Wagtails bob about and a kingfisher flashes past. Fry are abundant in the margins giving hope for future seasons. 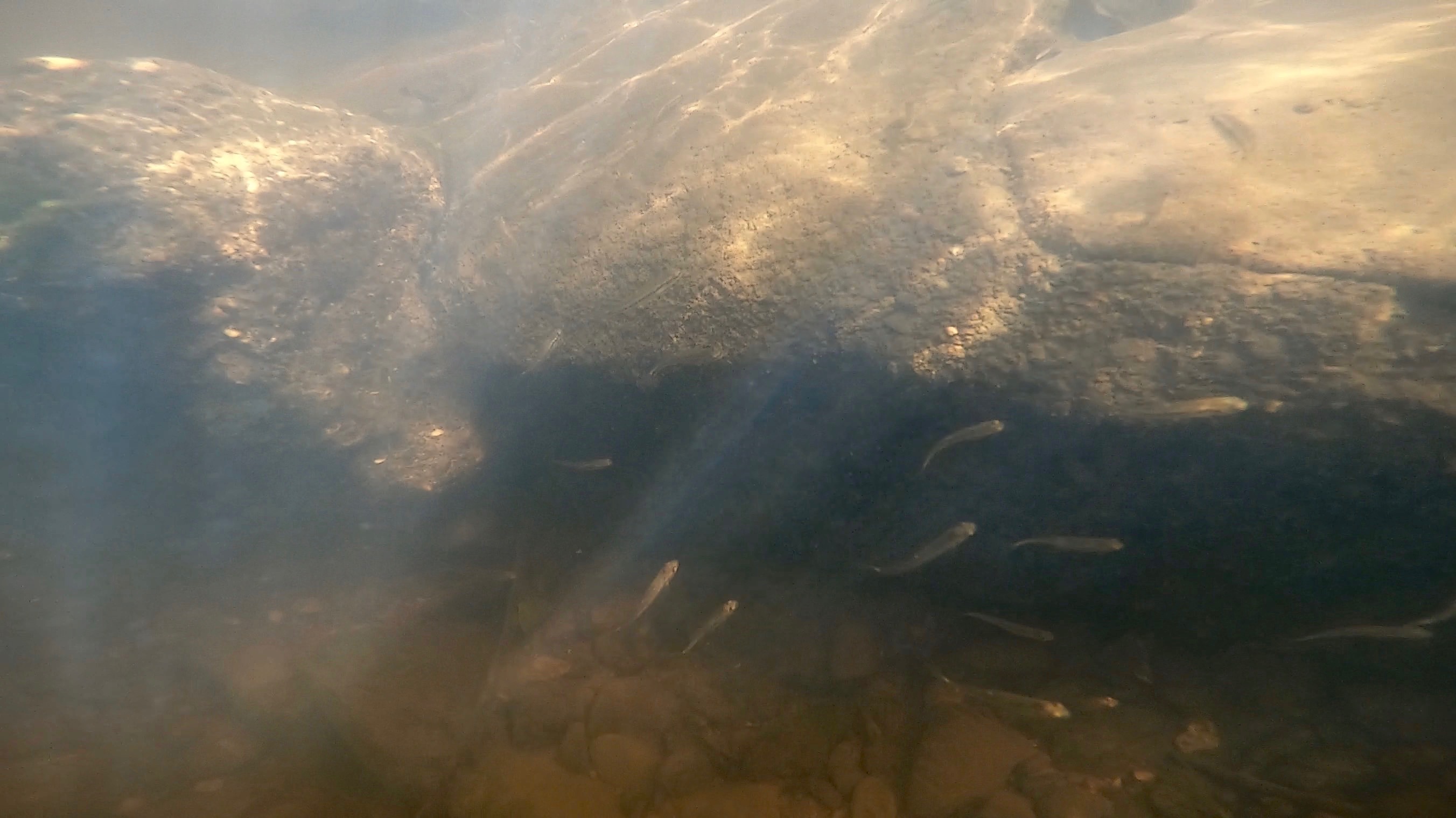 The seasons passing is obvious as leaves drift past and I notice a large number of ash leaves undoubtedly a sign of the ongoing of ash die back.

I have fished the river in perfect conditions several times this year and last with four or five years since my last salmon. After fishing the beat carefully drifting my flies across the favoured lies I work my way to the bottom of the beat covering the lies for a second time.

It is clear that the salmon are not  as abundant as they were when I started fishing this Middle Torridge beat ten years or so ago when leaping salmon and sea trout were a common sight. The picture of a twenty pound salmon further up river is of course an image that maintains hope in the knowledge that the fish had swum past the waters I am fishing.

The sun is now well up in the sky as I place my fly inches from the far bank. As it swings across the river there comes that electric pull down the line and in a magic moment that contact is made with throbbing life on the line. I hold the rod high and savour the moment as the rod kicks before the reel sings. I keep a tight line leaning into the fish as I step sideways allowing the salmon to push up river. The fish hangs deep in mid river; the rod bends, the line pointing into mid river, the salmon holding station in the strong current. For a while the salmon powers up river but as the pressure tells the fish seeks help from the current heading down river as I attempt to maintain a position opposite the fish . I glimpse a wide powerful tail and the flash of silver. 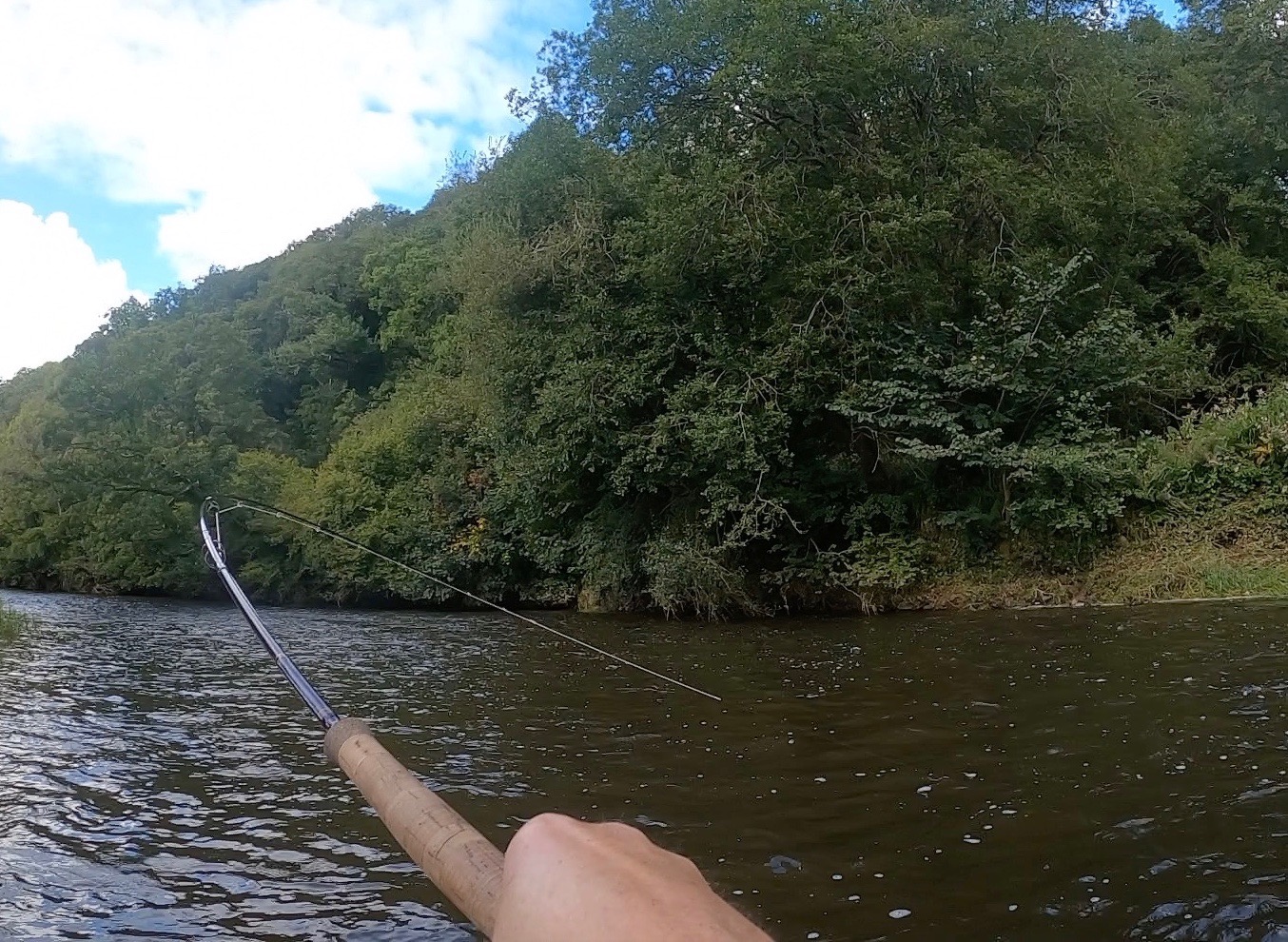 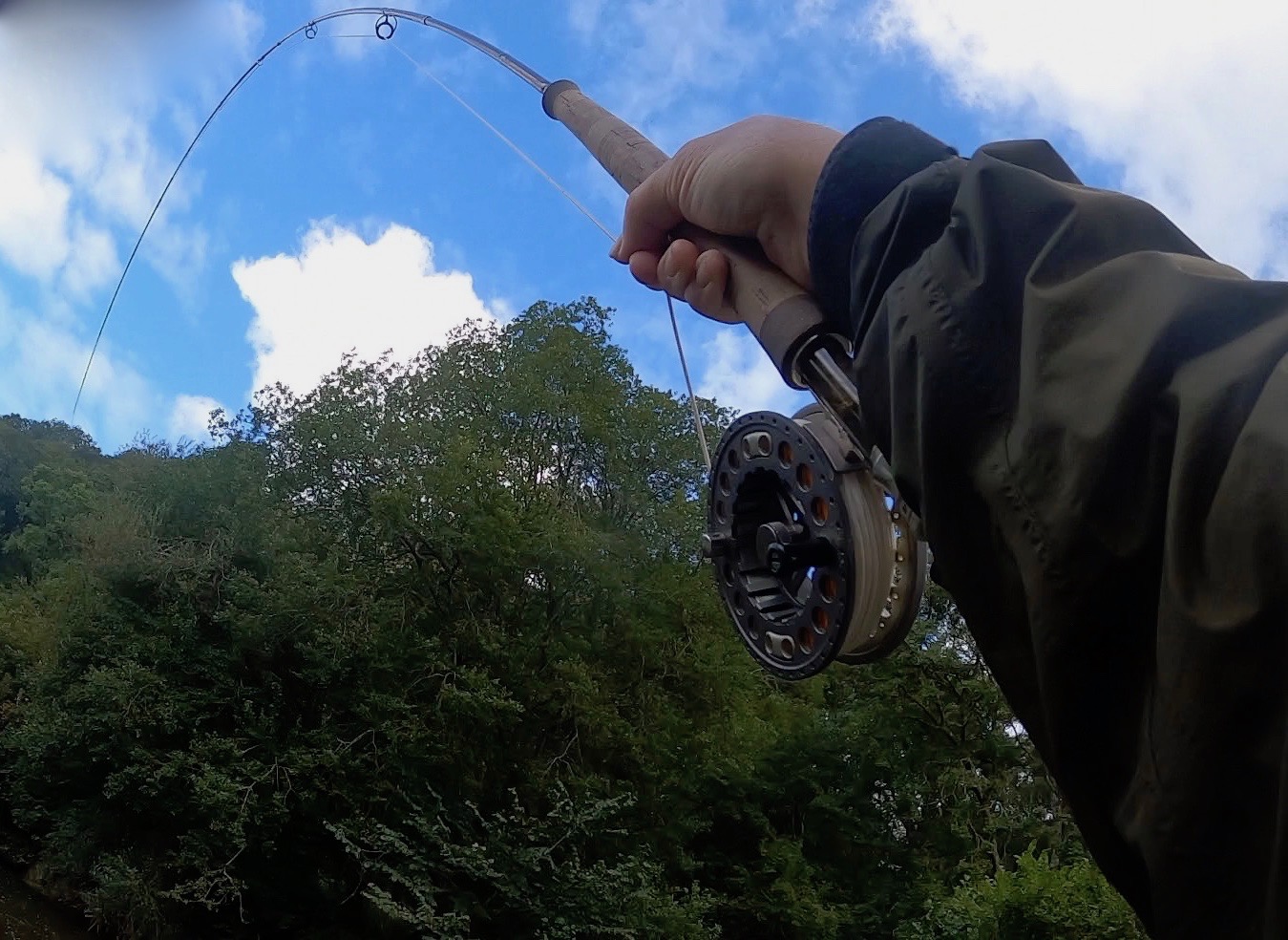 Its always a tense experience playing a salmon hoping that the hook will stay put and the knots hold strong. After around ten minutes I detach the net from my back and the battle continues with the fish on a short line. This is a tense time for many salmon are lost  during that time when the fish is so close to the net.

Then suddenly the fish rolls and is in the net as I give a call of triumph. “Yes!”

I carry the salmon to the margins and slip the barbless double hook from the top jaw. The Go Pro is clipped to my rod handle strategically placed at the water’s edge. I hold the salmon above the water for a brief self-take shot. The flanks of the 10lb plus hen fish are already showing subtle hues of the autumn season. Its image will remain etched upon my mind for the rest of my days fuelling the return to the river in search of silver. 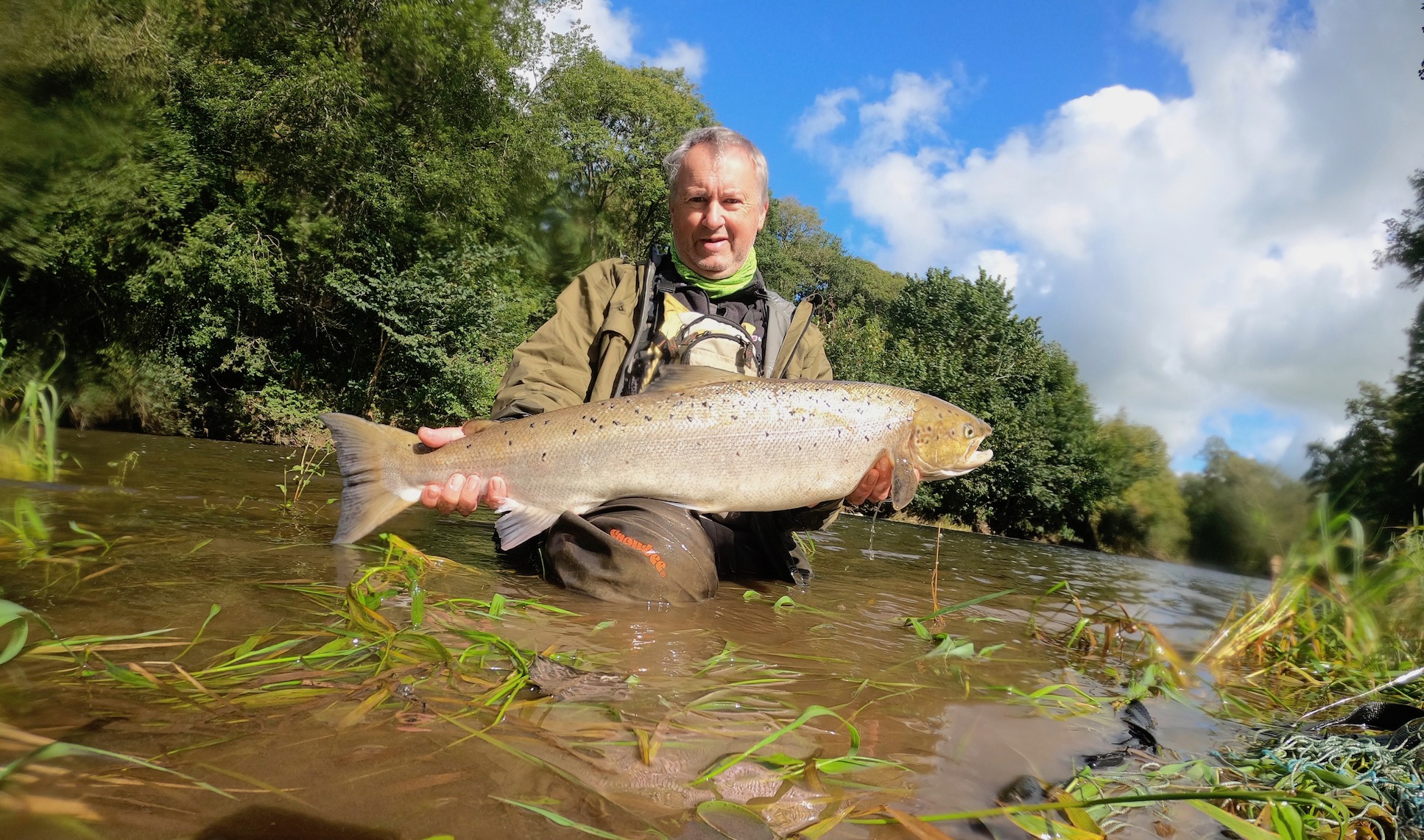 The salmon is held in the cool water head upriver for a couple of minutes until I feel its strength return. It is a great feeling when the fish powers strongly away into the river to continue its amazing journey to hopefully spawn in the next couple of months.