Blakewell Fisheries Christmas Competition is always an enjoyable social occasion in North Devon Fly-Fishers Calendar and it was good to be back amongst familiar faces albeit more socially distanced than in normal times. 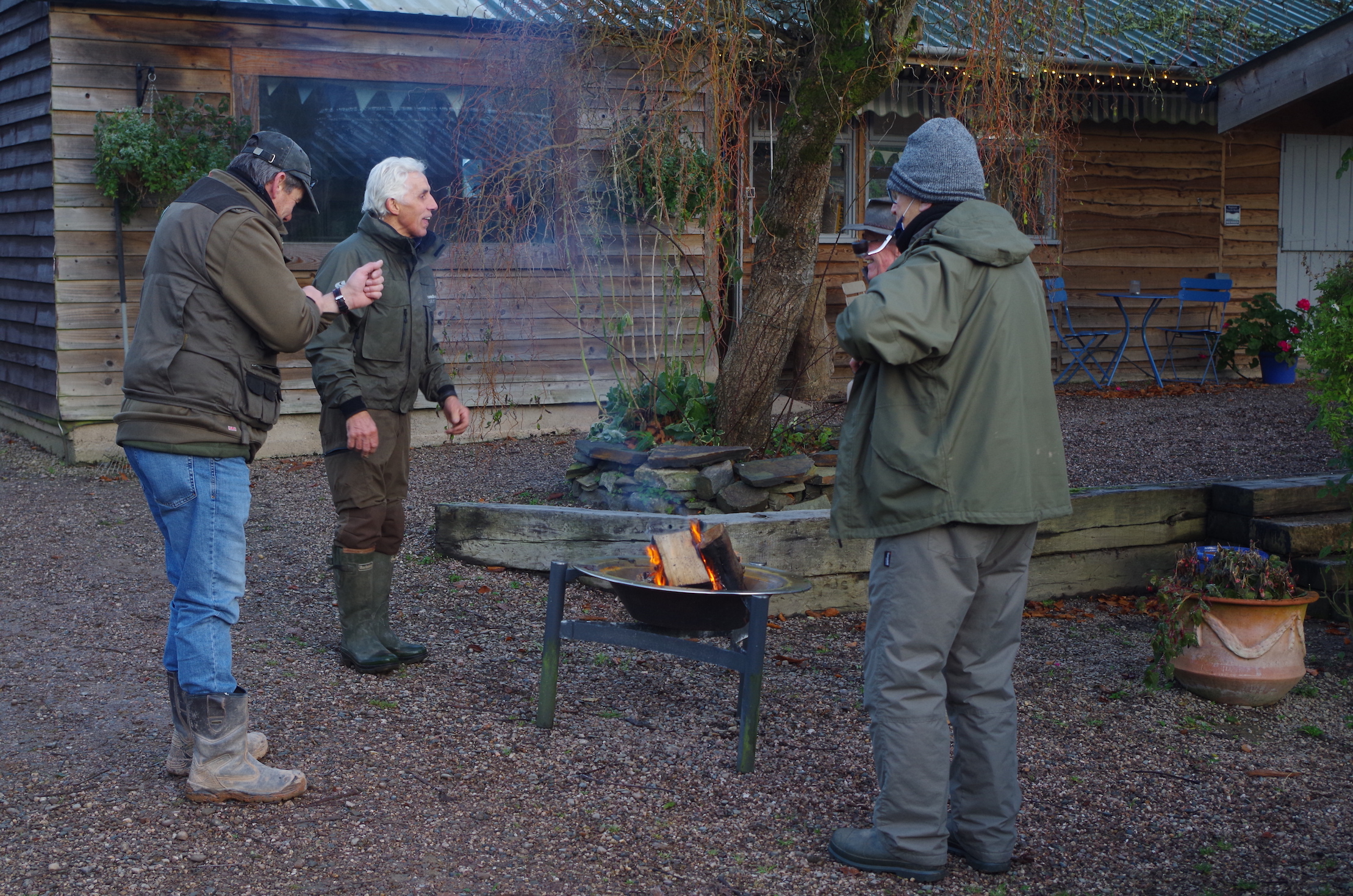 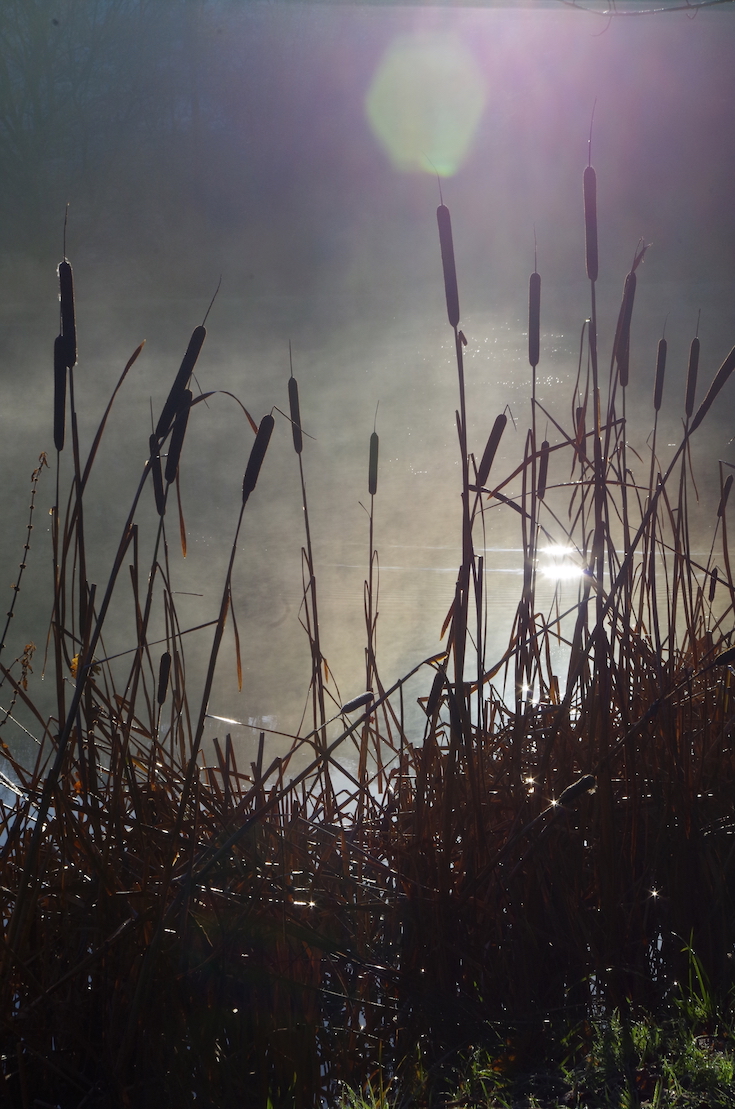 It was a cold and frosty morning with a vivid blue sky and mist rising from the lake as the warmth of the sun beamed down. Eighteen anglers were taking part in this years scaled down event and after a welcome glass of port we all headed out to the lake. As is normal trout were hooked within the first few seconds of the start as flies were cast onto the calm surface. 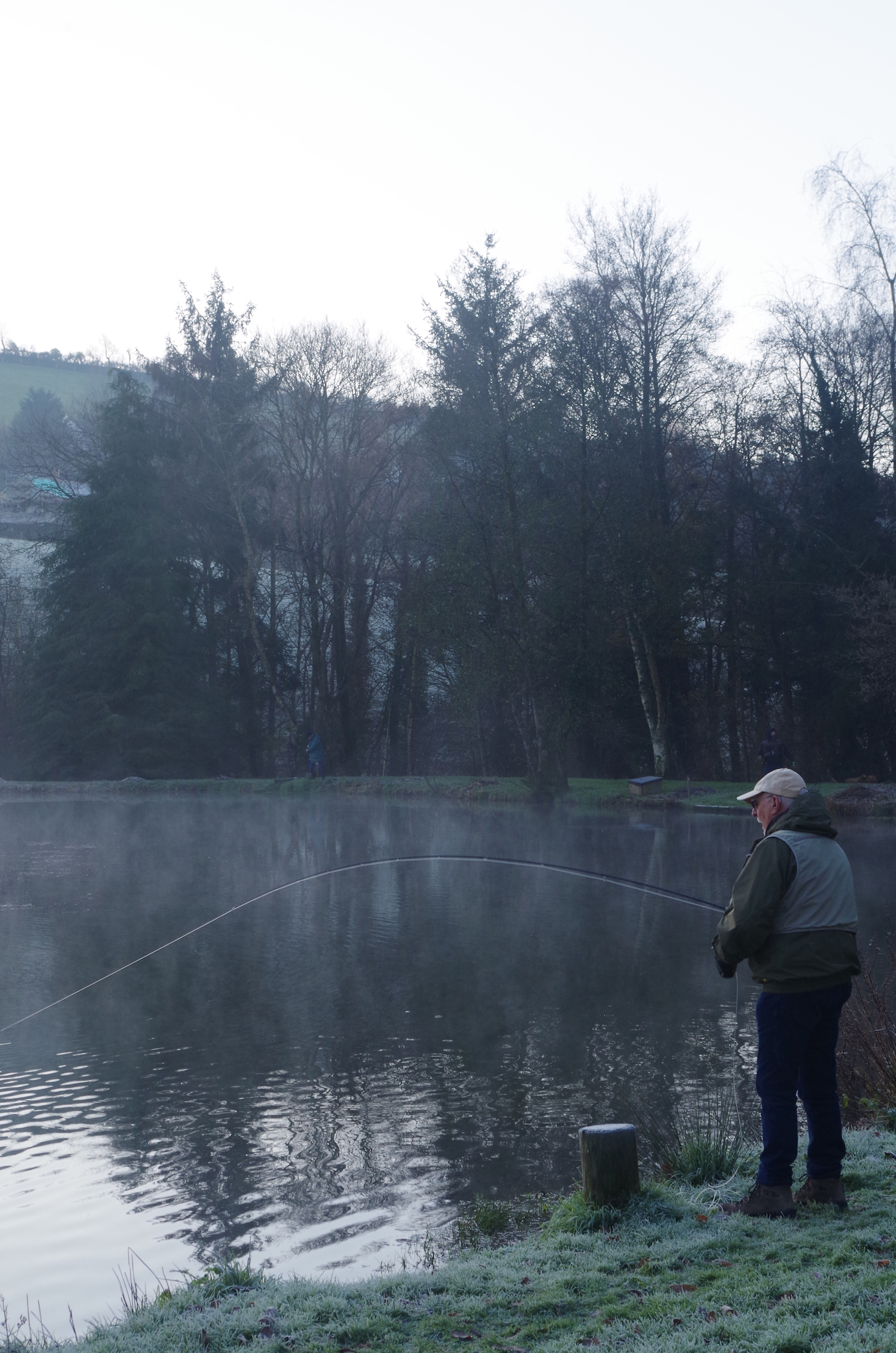 I elected to use an olive damsel nymph with a small buzzer on a dropper. Within fifteen minutes I had three rainbow trout in the bag which was my mornings quota. This left me a couple of hours to wonder around the lake capturing images of the lake and the anglers. 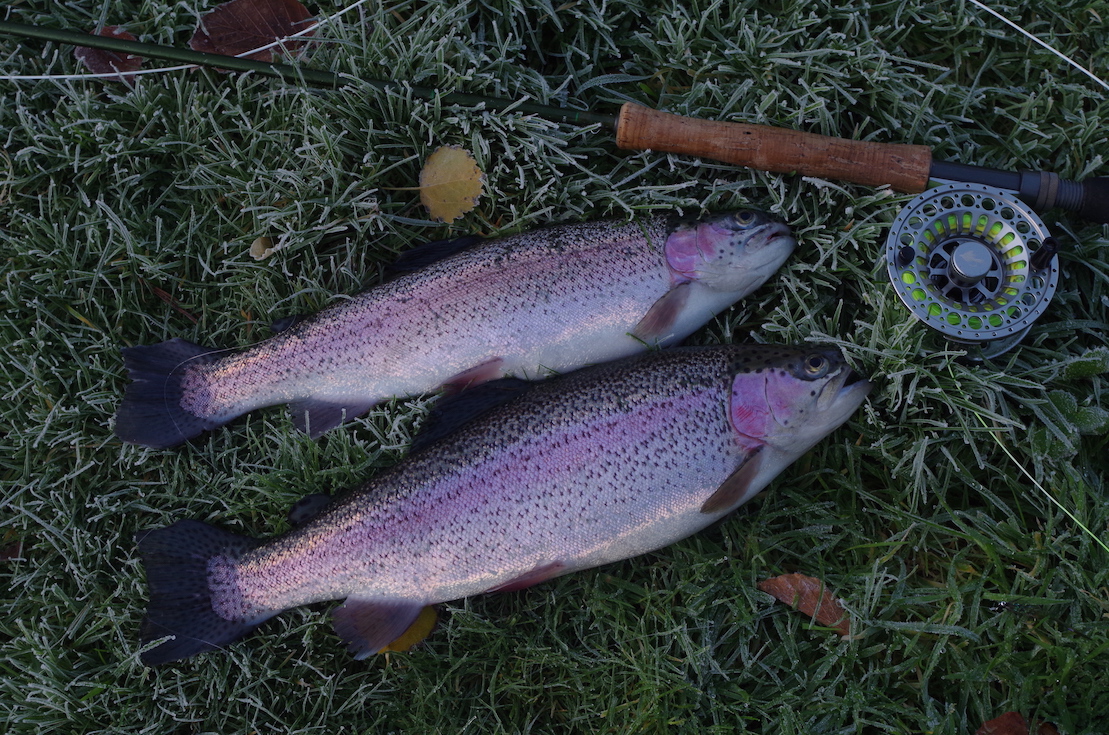 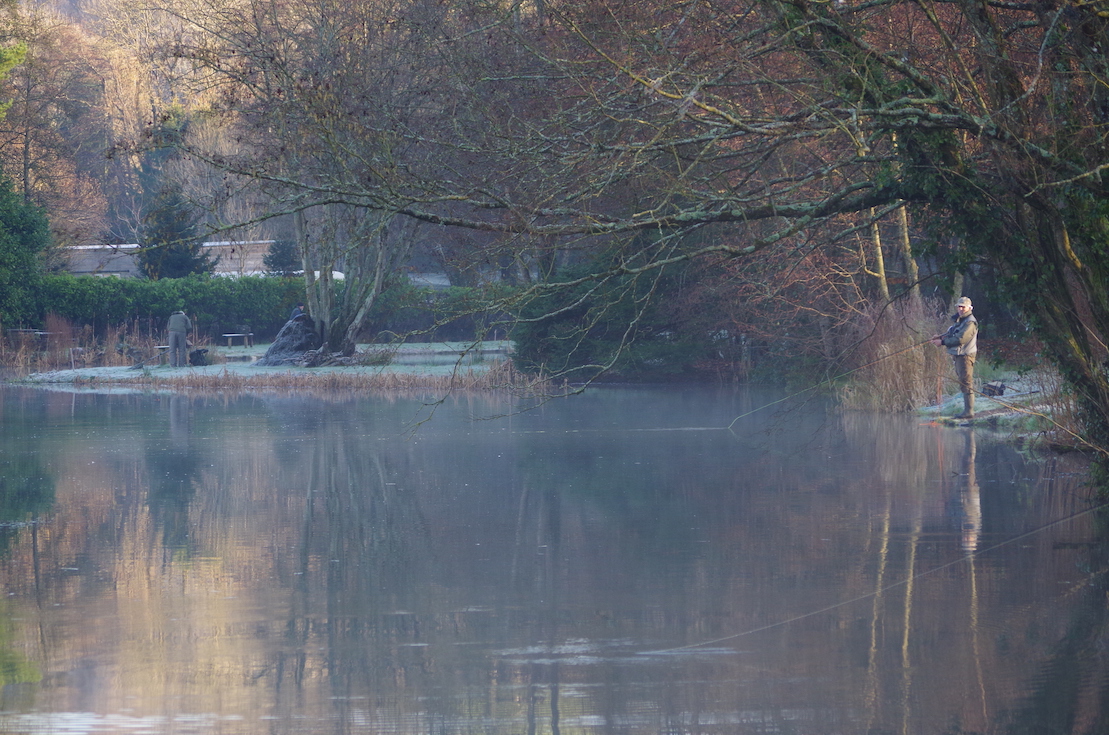 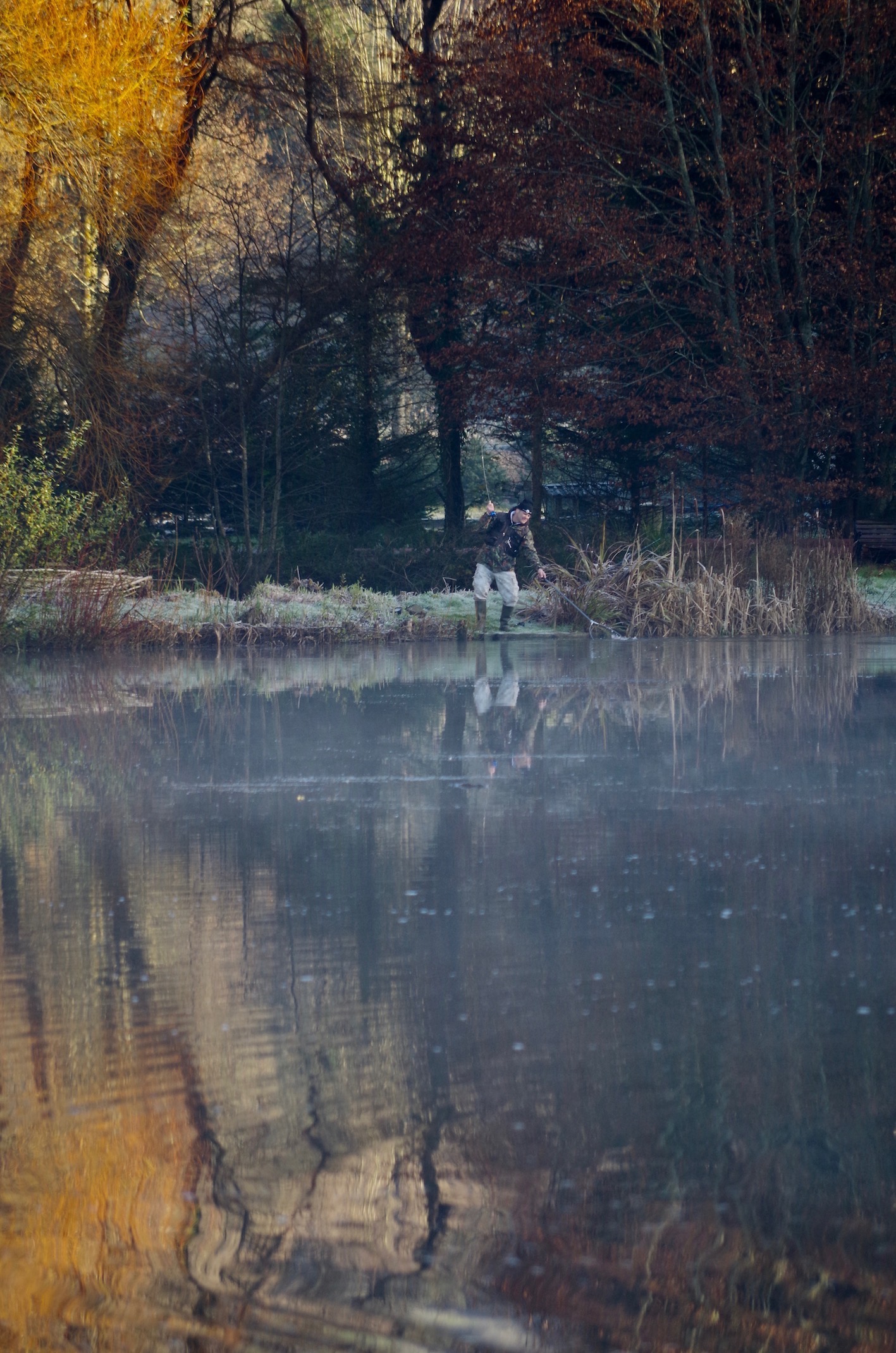 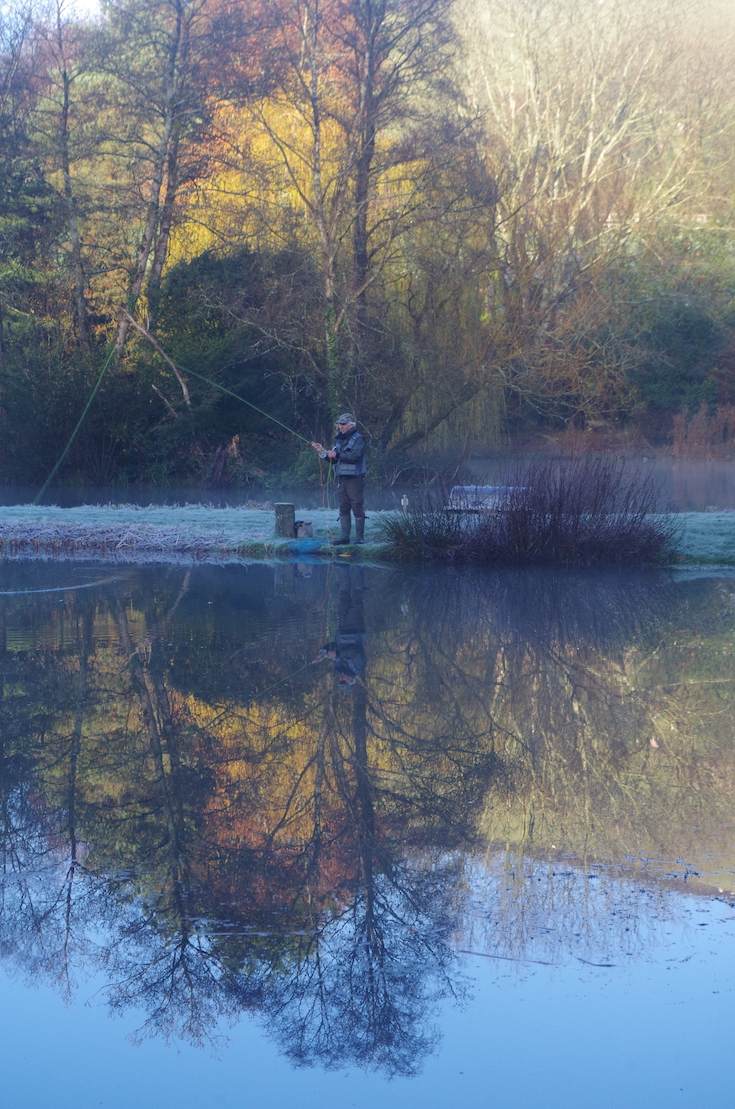 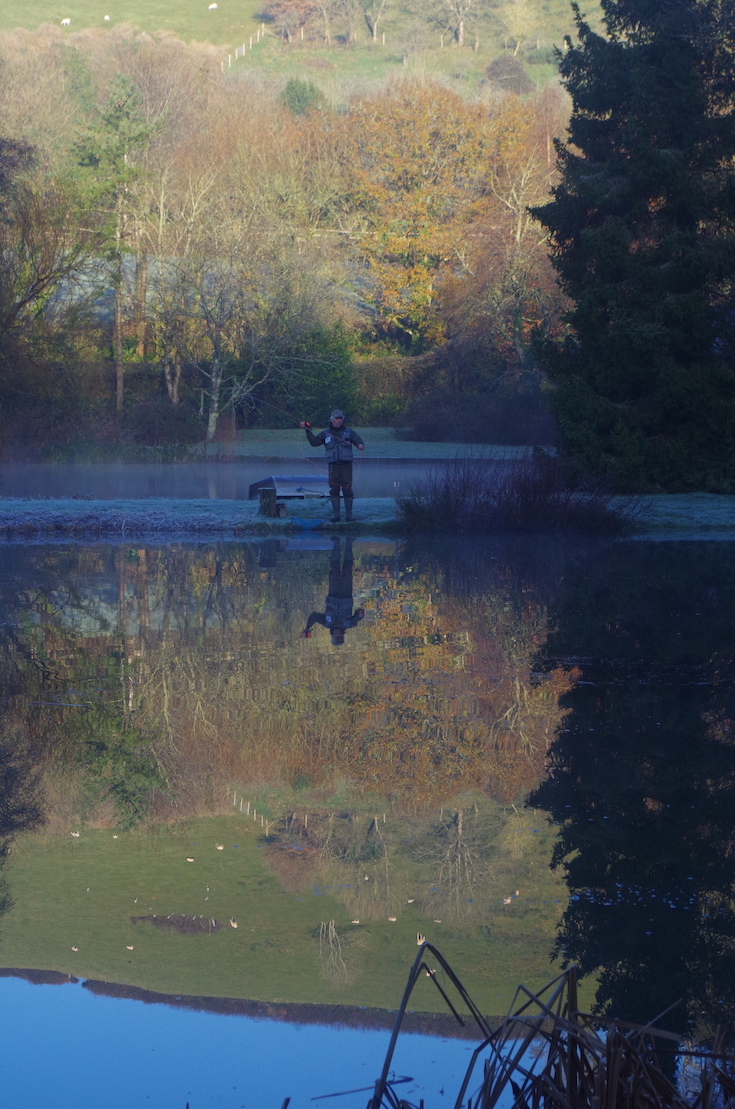 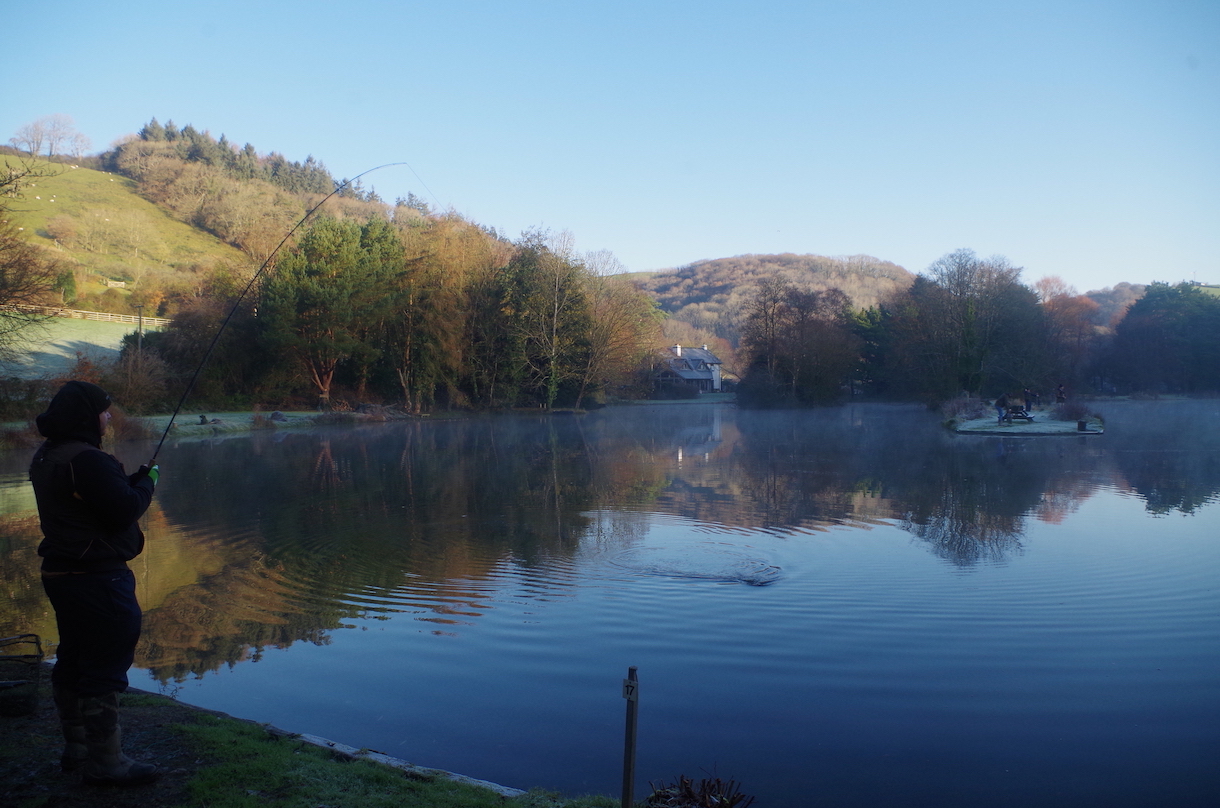 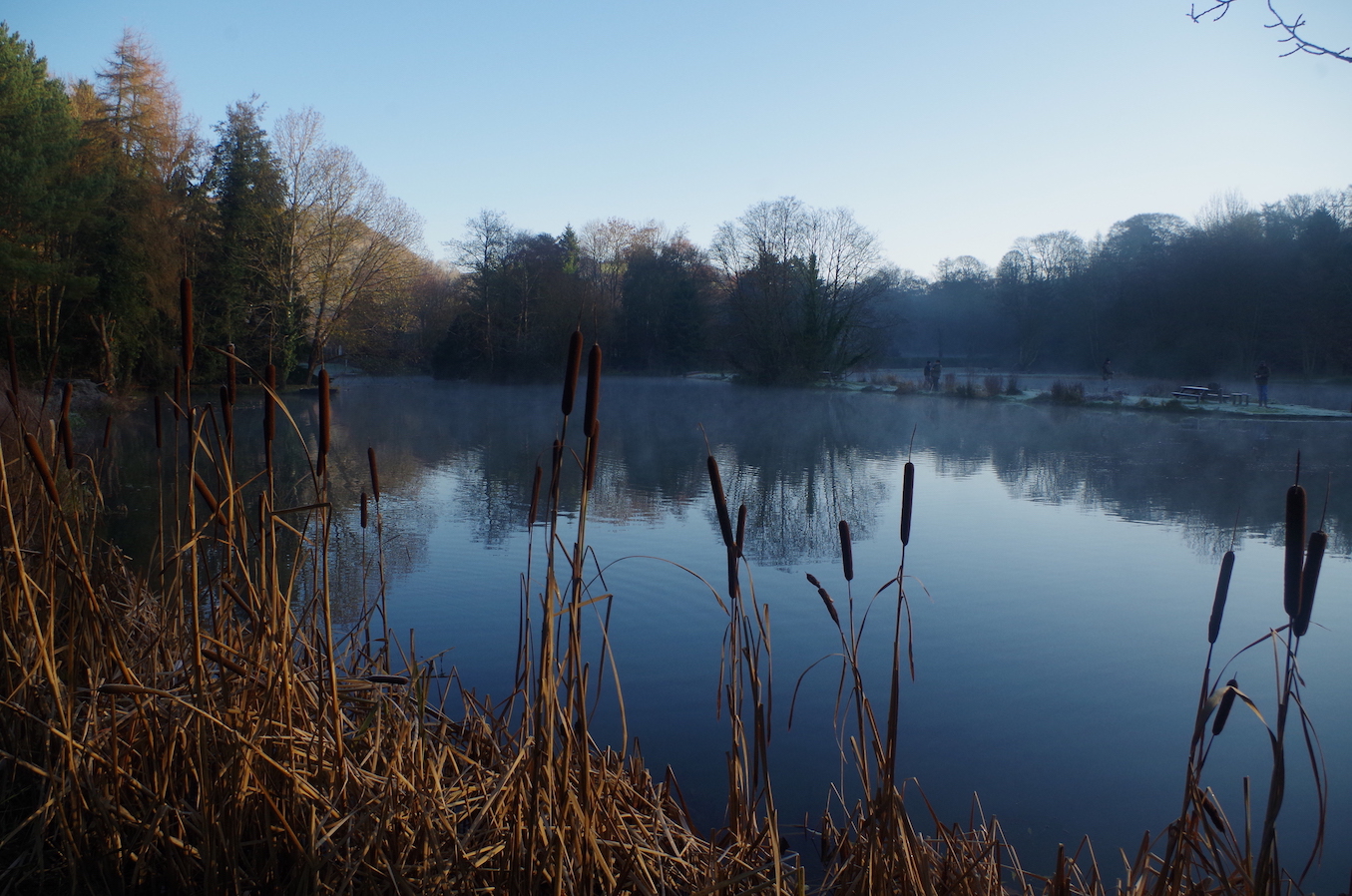 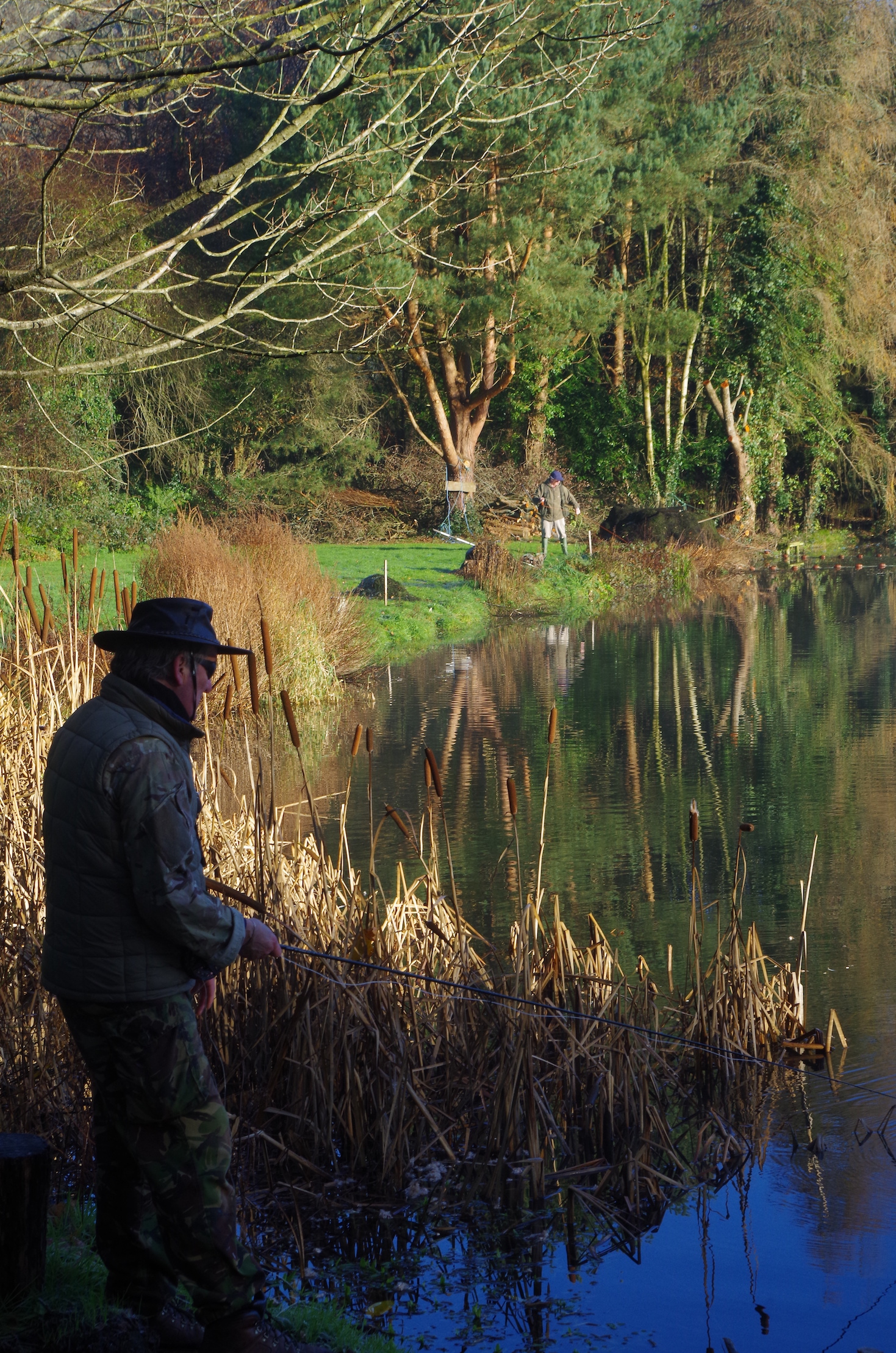 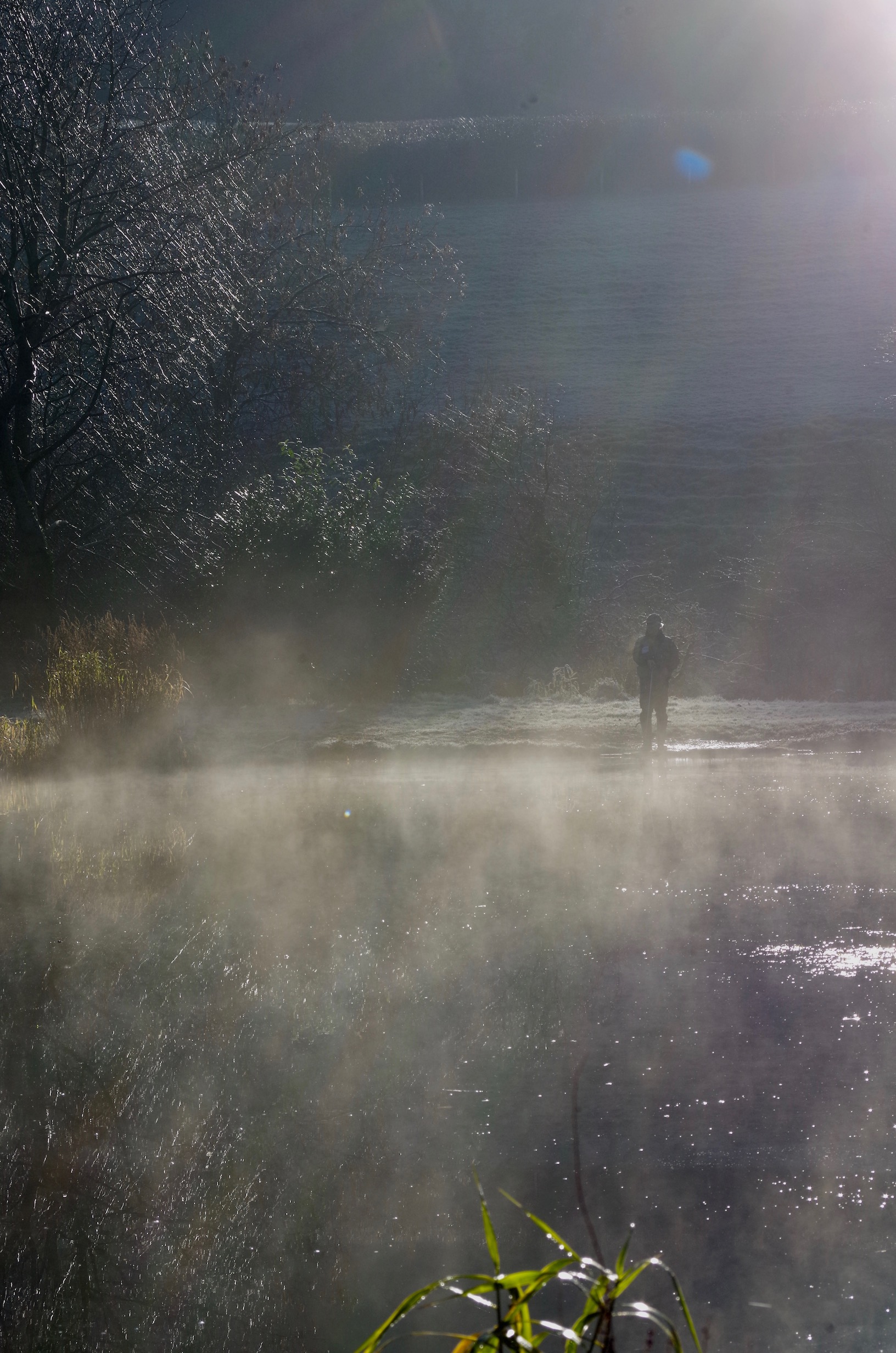 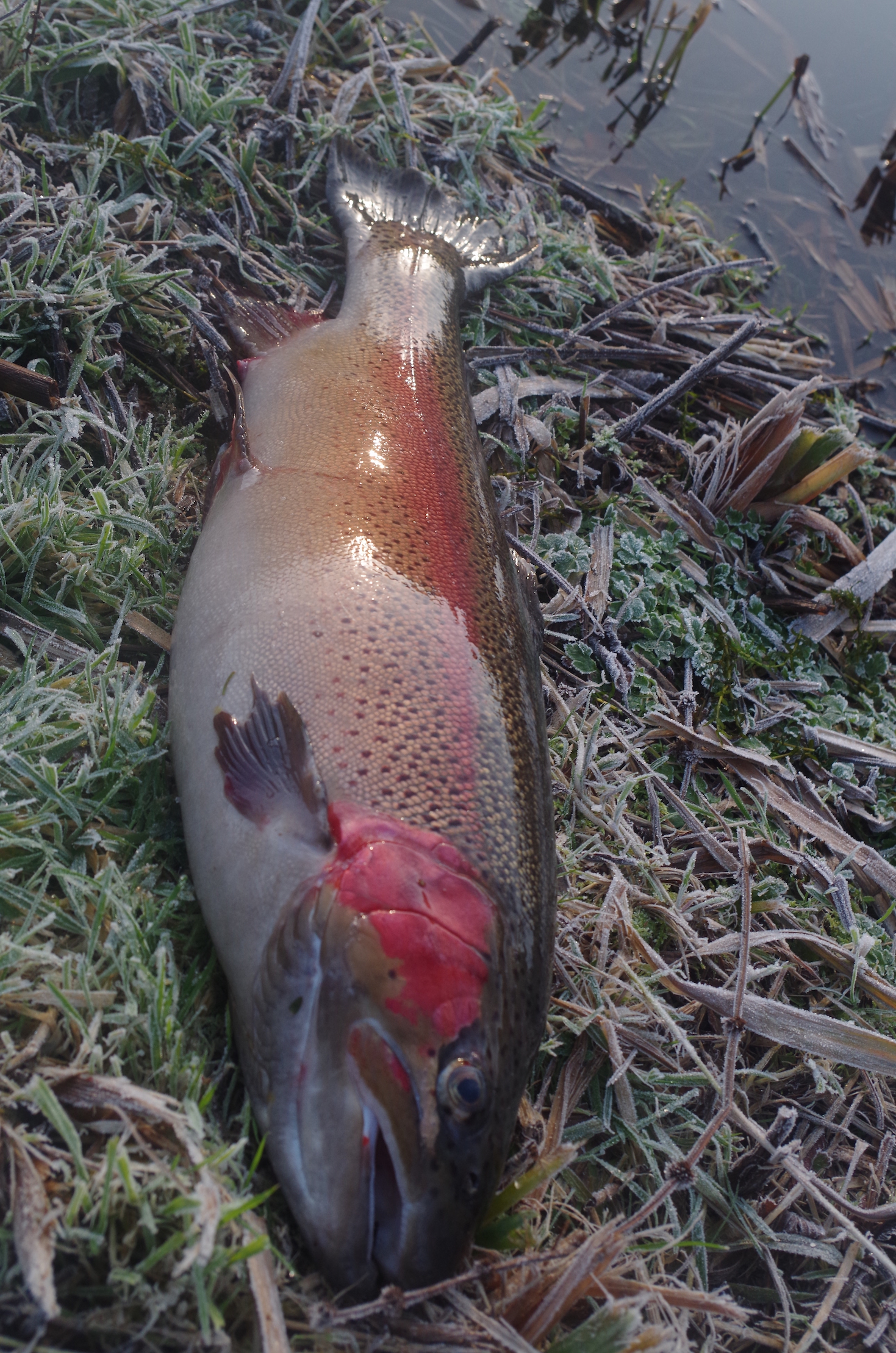 Dinner was served at 12:30; a hot pasty and a pint. The afternoon session saw me persevere with the same team of flies. As is often the case catching became a little more of a challenge but after a couple of moves I completed my five fish limit. 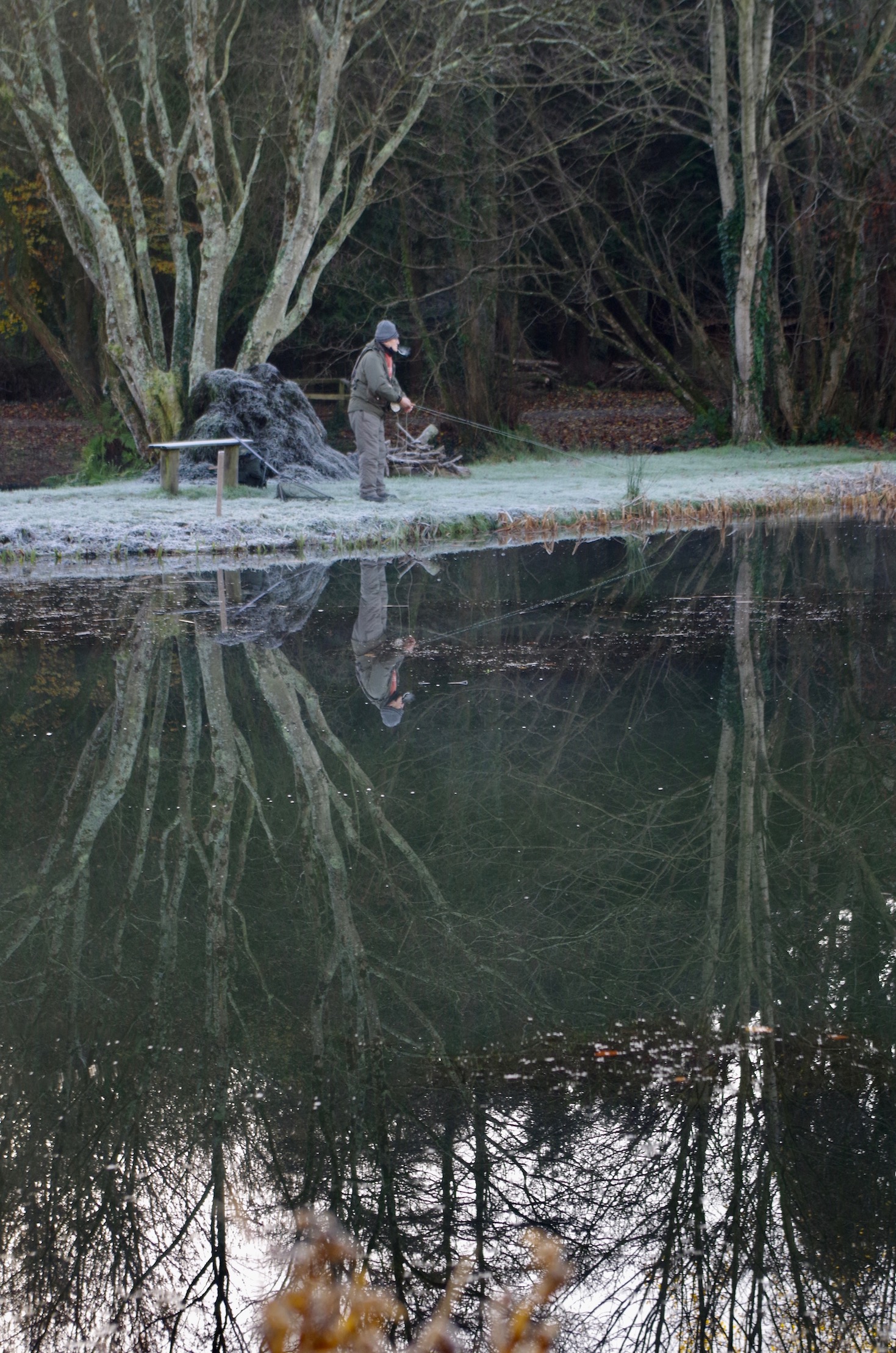 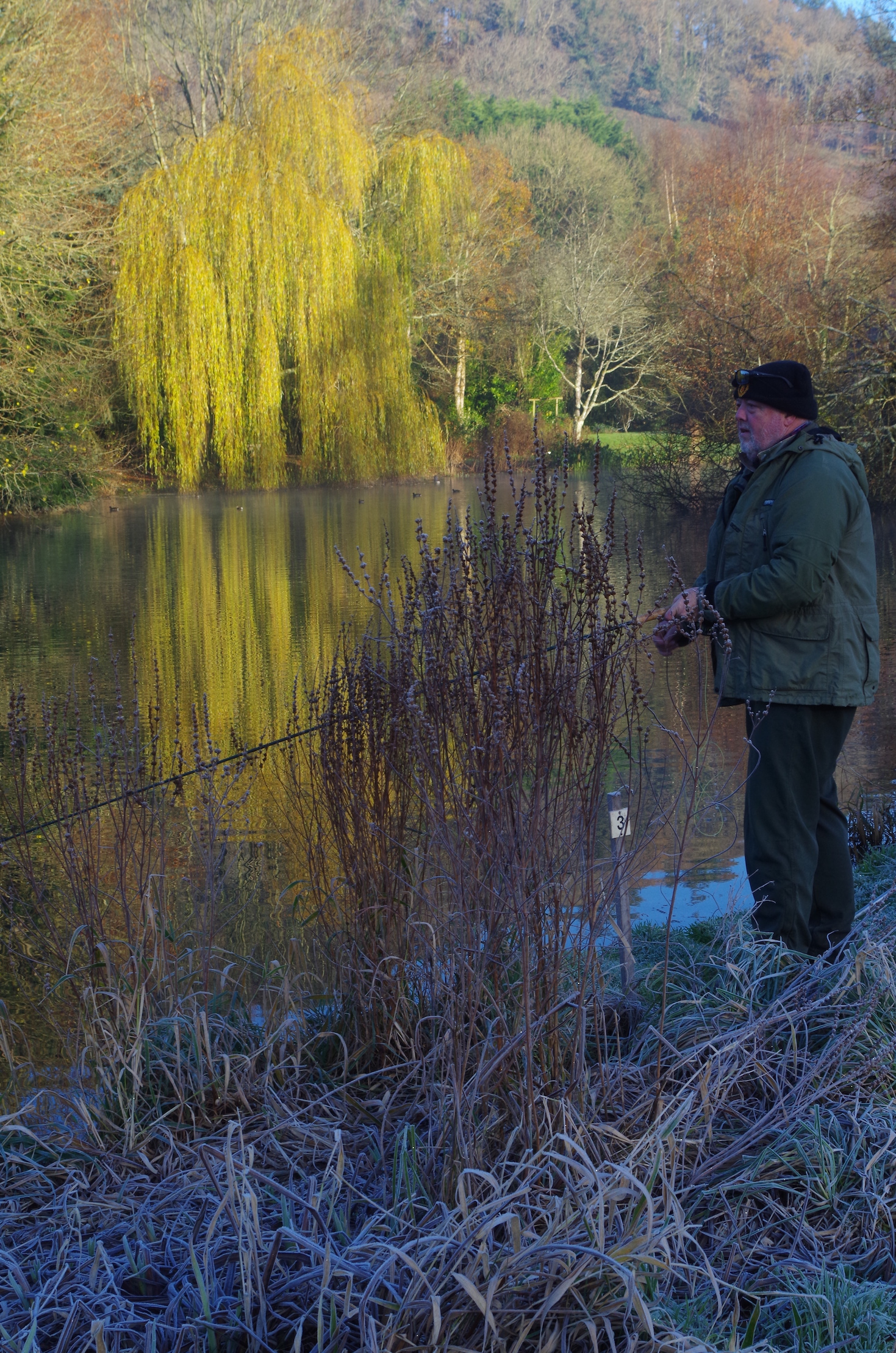 The lake had fished well with plenty of hard fighting rainbows averaging between 1lb 8oz and 2lb. Amongst these were a few outsize specimen rainbows. The winter sunshine and colours around the lake were stunning and it was great to see a steady stream of families arriving to select their Christmas trees.

The winning angler was Trevor Whyborn with his five fish bag of 18lb 6oz that included the biggest rainbow of the day at 11lb 11oz. In runner up spot was John Buxton with five for 17lb 4oz and third Gary Matthews with two trout for 12lb 3oz.

Once again many thanks to John and Richard Nickell for hosting this annual event after what has been a challenging year in many ways. The COVID outbreak inevitably had its impact but not so much perhaps as the ongoing warm summers that cause difficulties for trout fisheries the length and breadth of the country. It is noticeable that smaller Stillwater trout fisheries like Blakewell are at their best during the cooler winter months. 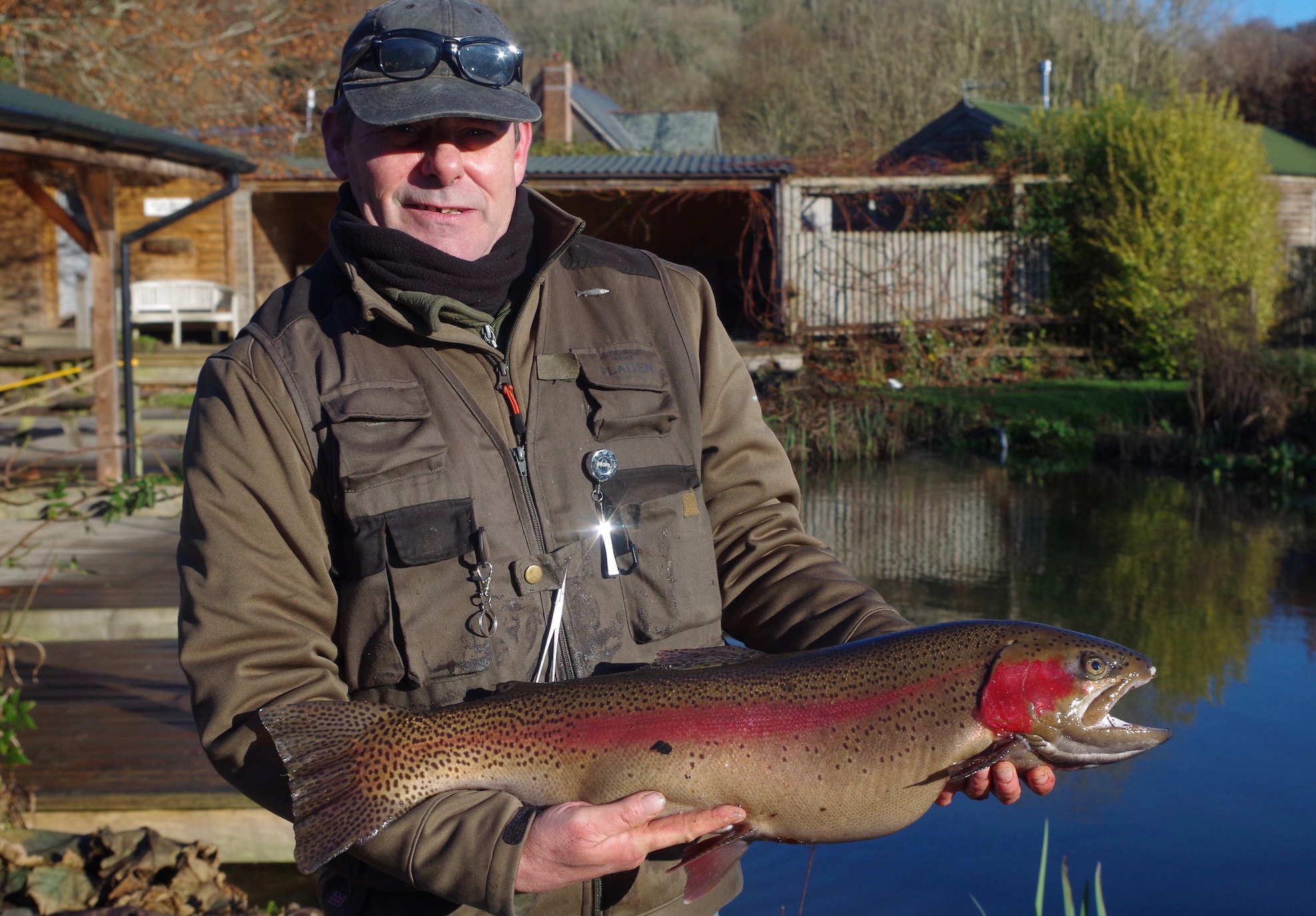 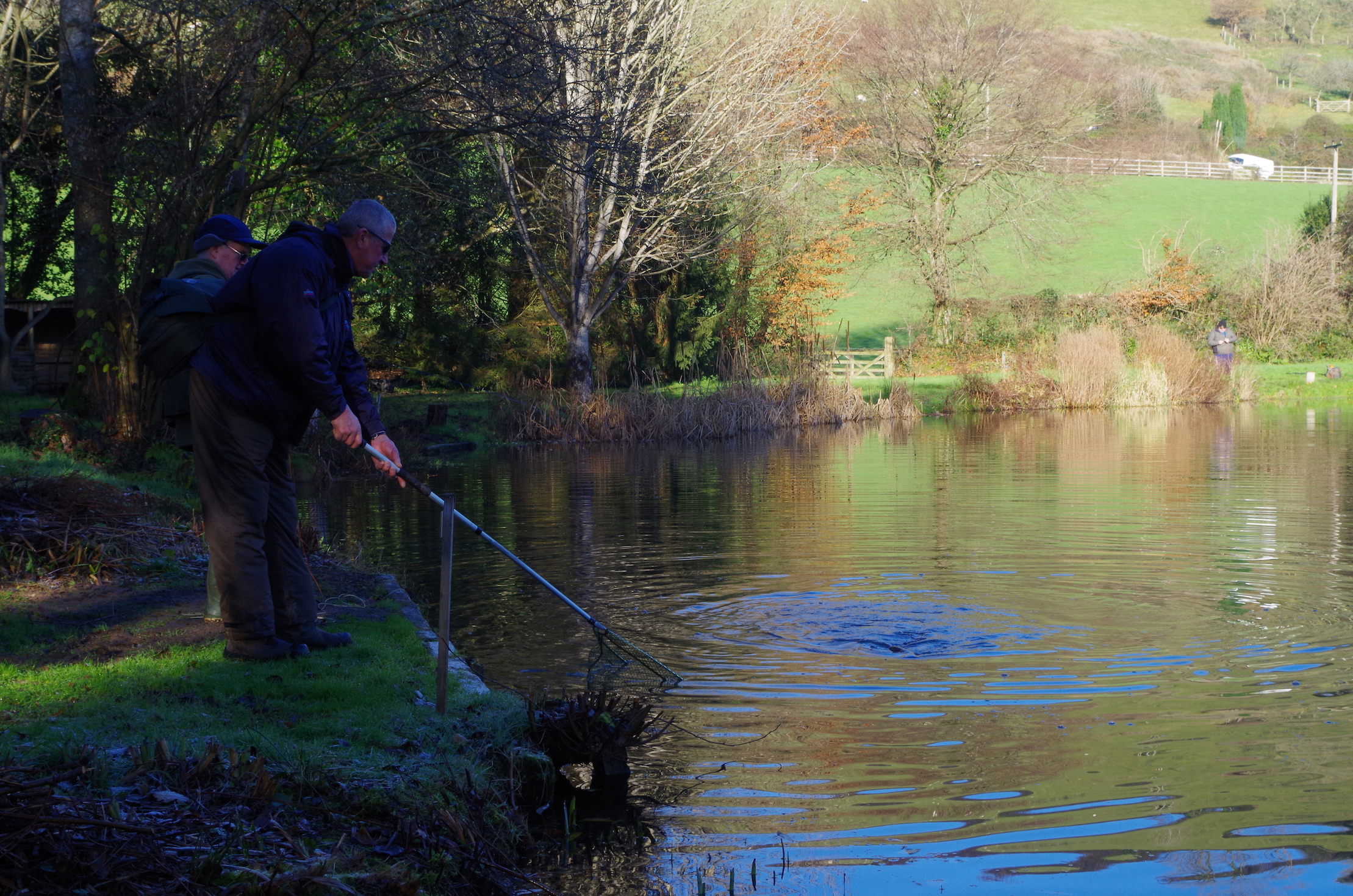