Friendships are a vital part of angling and it is always great to maintain those long lasting bonds with a trip to the water’s edge. Garry, Rob, Ray and I were once part of South West Waters Game Fishing Team who travelled the length and breadth of England fishing in the annual Water Industry Game Fishing Competition (WIGFIC). We have tried to maintain the tradition of an annual fly fishing trip ever since our participation in the event ceased several years ago.

After a long lull due partially to COVID the Old Fisher Farts set off for a weekend at Wimbleball Lake staying at the delightful old Exmoor pub The George at Brompton Regis.

We assembled at the ticket hut at around 8:30am and cooked up an open air breakfast of sausage and bacon sarnies before heading out to cast our lines. Rob and I for the shoreline and Garry and Ray to the boats to be greeted by the ever helpful Trevor. 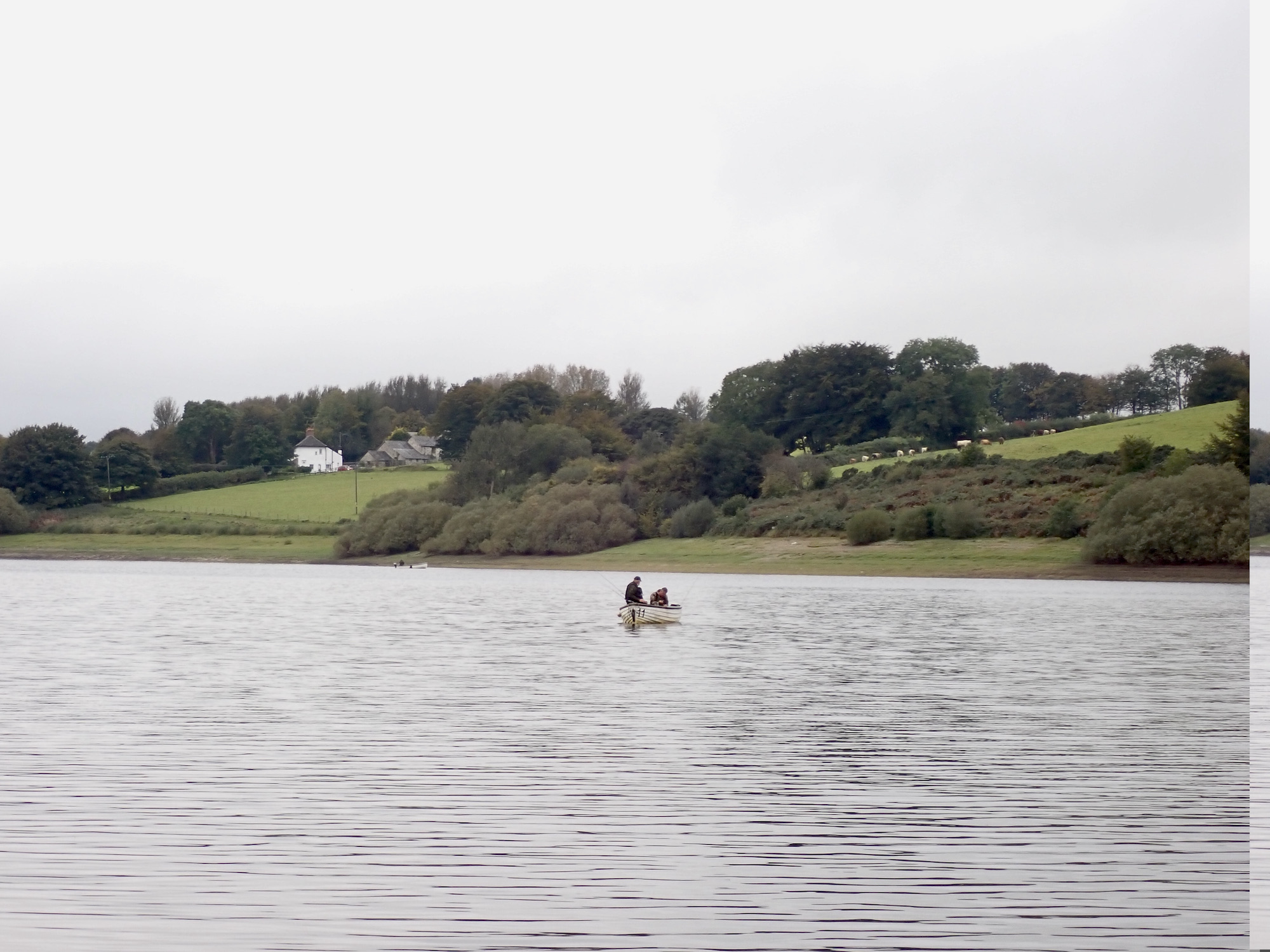 Conditions seemed ideal with a gentle breeze and light cloud cover. Despite this the trout proved hard to tempt with just a couple of hard fighting rainbows and wild browns succumbing to my lures fished on an intermediate line. 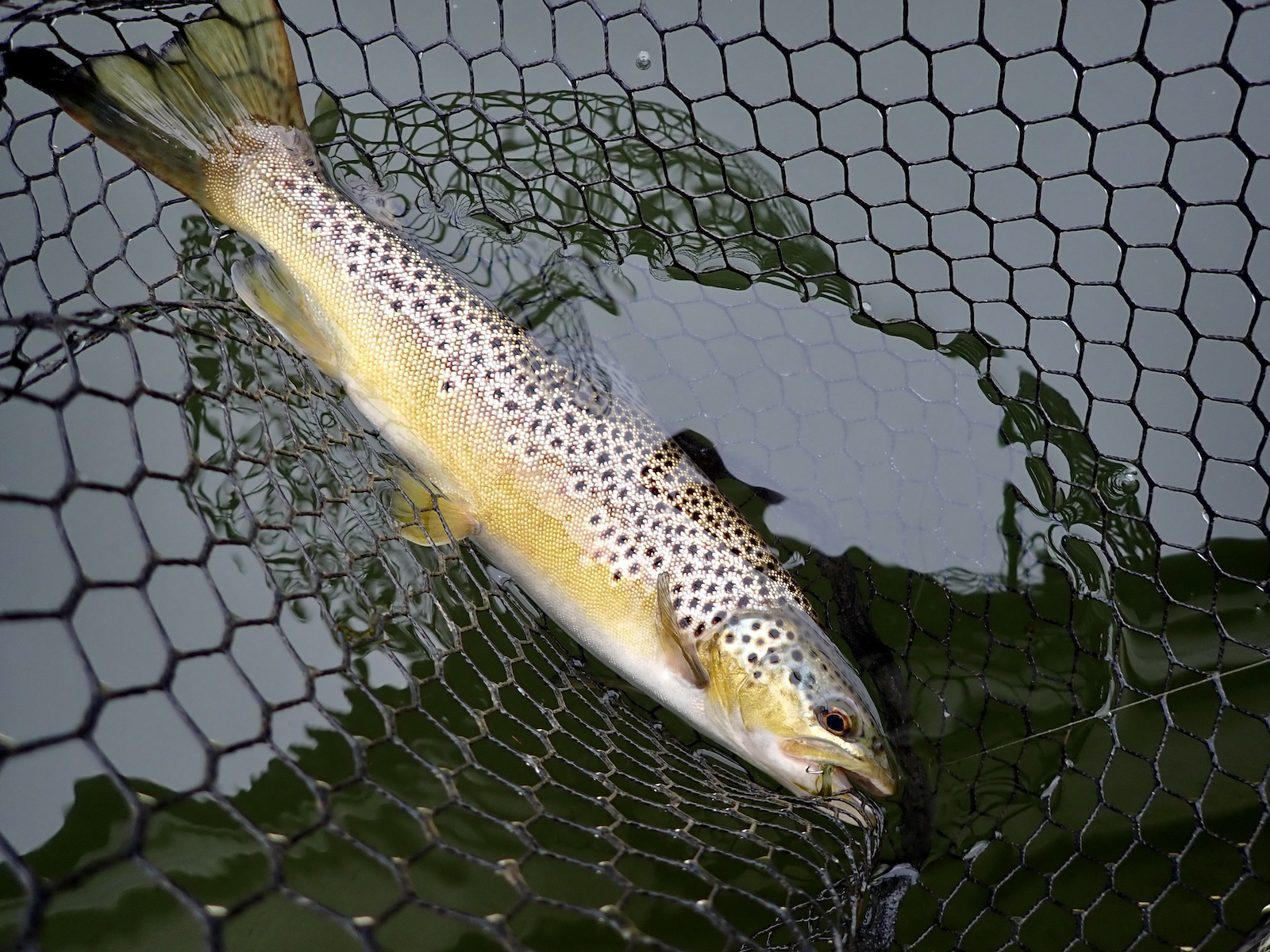 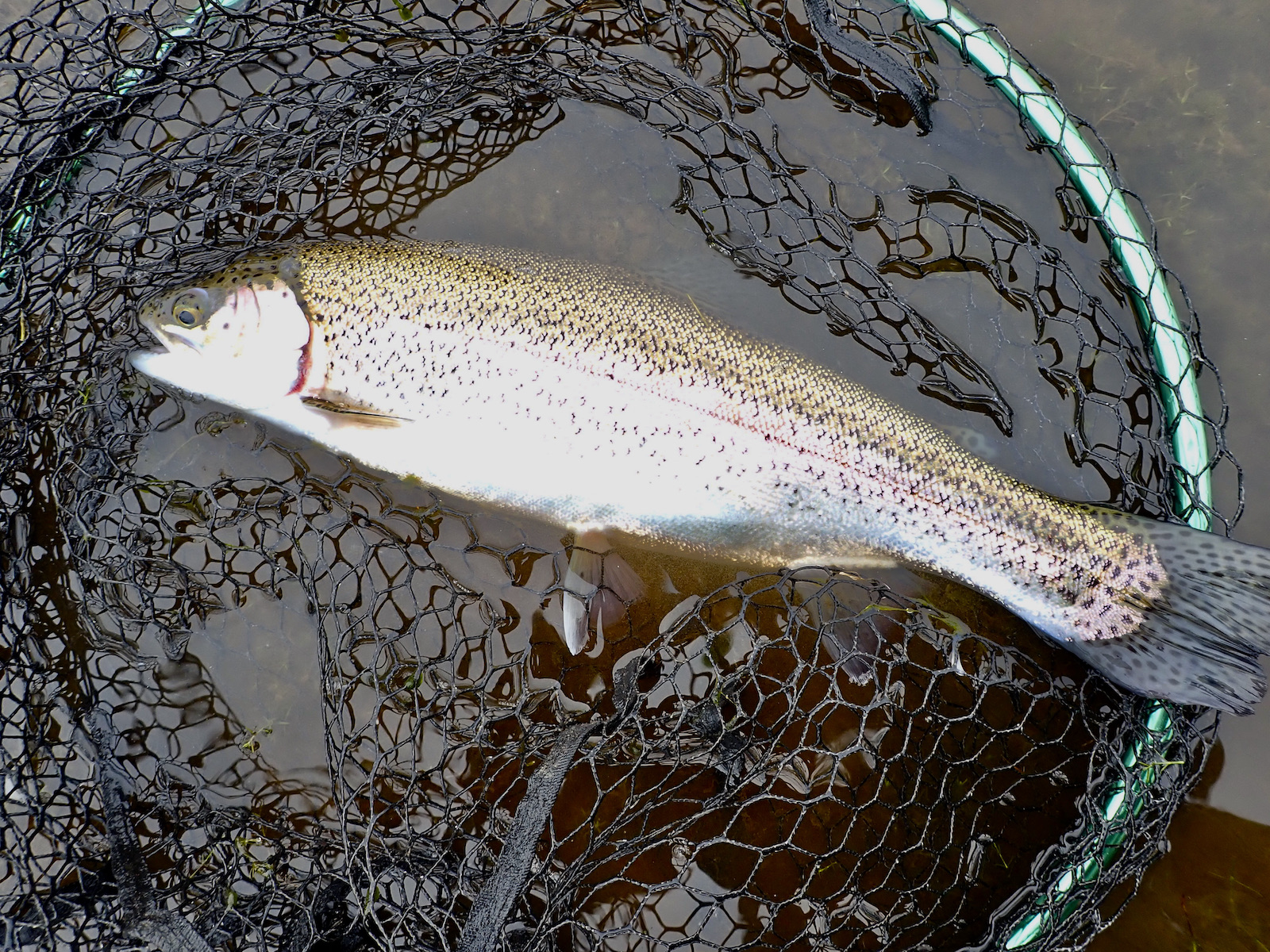 We met up at lunch time for another fry up and a chat. 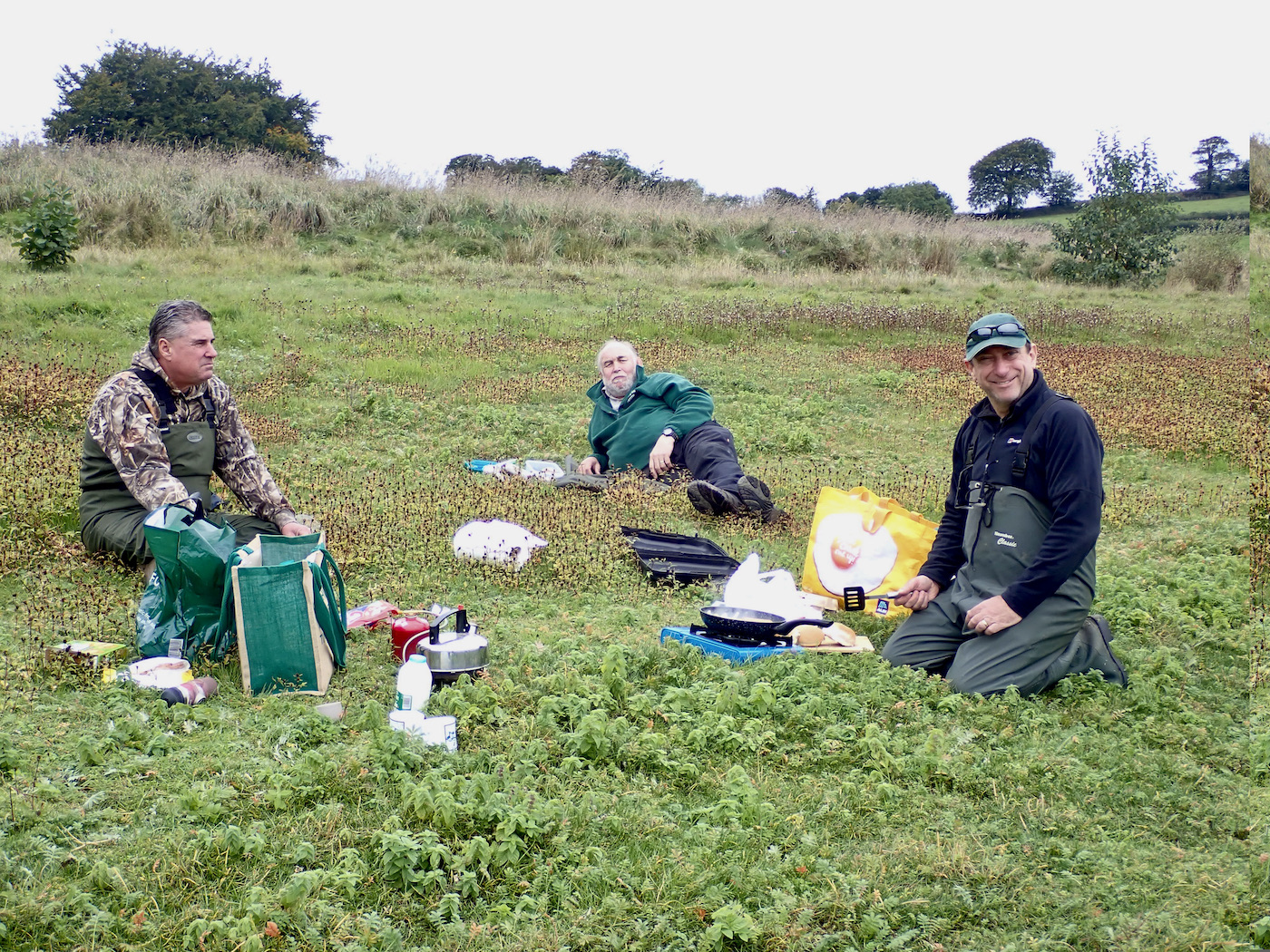 Garry had managed a couple of rainbows but Ray and Rob had yet to catch. Spirits were still high despite the uncooperative trout and we set off refreshed and eager. With me joining Ray in the boat whilst Garry enjoyed a few hours on the bank.

The afternoon drifted past with me adding another couple of rainbows to the tally along with a beautiful wild brown of around a pound. Mid-afternoon Ray hooked a good rainbow that to my alarm caused him to almost stumble overboard! I think Garry added another rainbow to the score from the bank whilst Rob remained fishless. 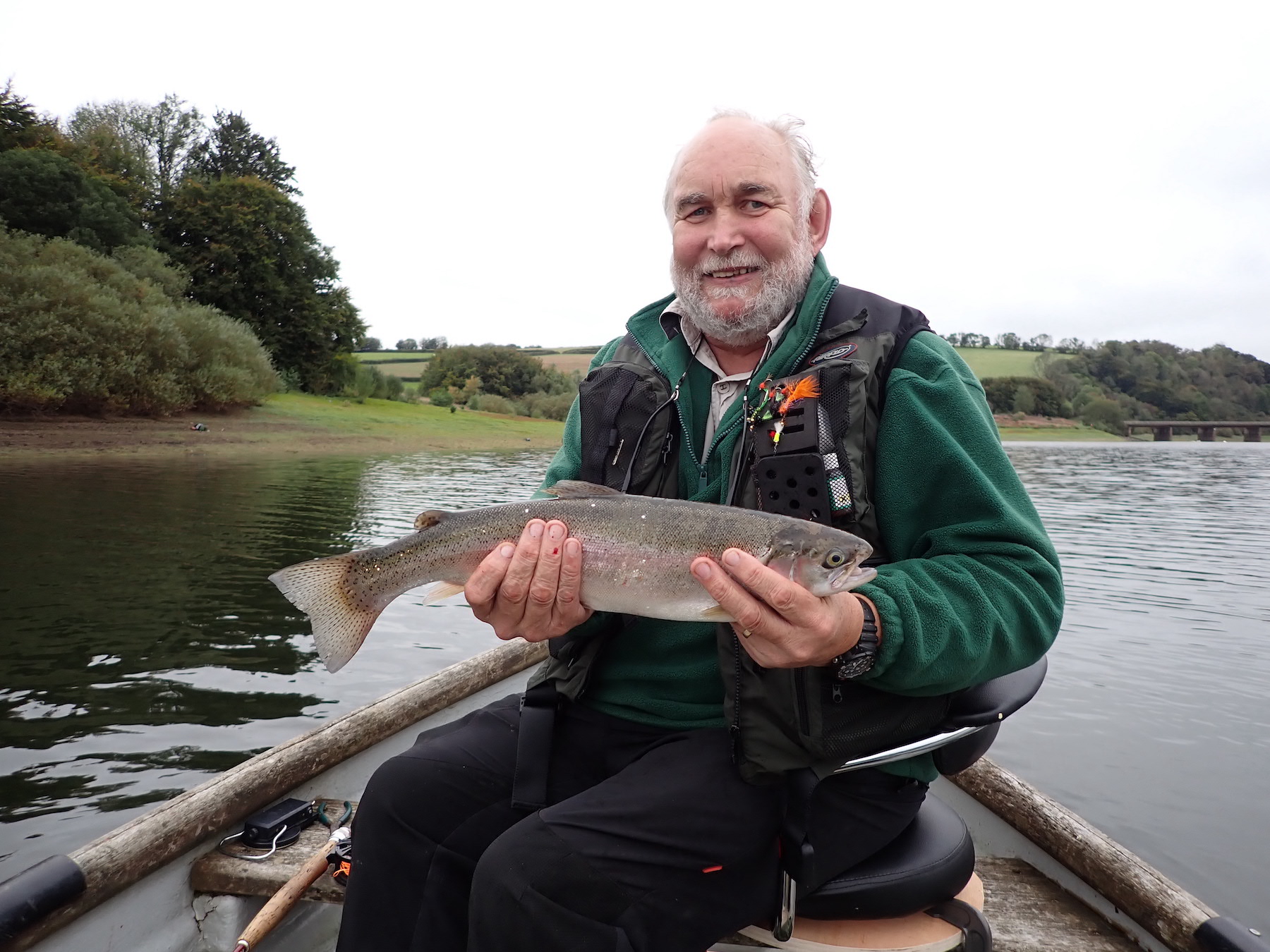 As the sun slowly sank we headed back to the pub for a well-earned meal and a pint or two. Back in the early 1990’s we had been part of a winning team securing overall victory in the WIGFIC competition held at Wessex Waters Sutton Bingham Reservoir near Yeovil. In the intervening years since we have fished many times without repeating that victory. Back then as young men working in the Water Industry we undoubtedly  talked a far different agenda. Close to thirty years later we discuss our medications and ailments and have more in common with the elderly gents in “The Last of The Summer Wine” and suffer occasional bouts of Victor Meldrew like grumpiness! The tales of days and colleagues some long gone bounced across the pub table. Memories of younger days rekindled once again.

In years gone by evenings in the pub would have endured into the early hours with last orders signalling close of play. These days catching the end of News at Ten signals a late night!

Next morning when we arrived lakeside where the lake was hidden in dense early morning mist. A bright calm sunny day was forecast so we suspected that the fishing would be even more difficult. Admiring the morning splendour as we chugged out on calm waters having elected to use boats. Catching trout seemed to be secondary as the new day dawned and a brilliant blue sky was unveiled, trees emerging from the mist dissolving in the warmth of the rising sun. 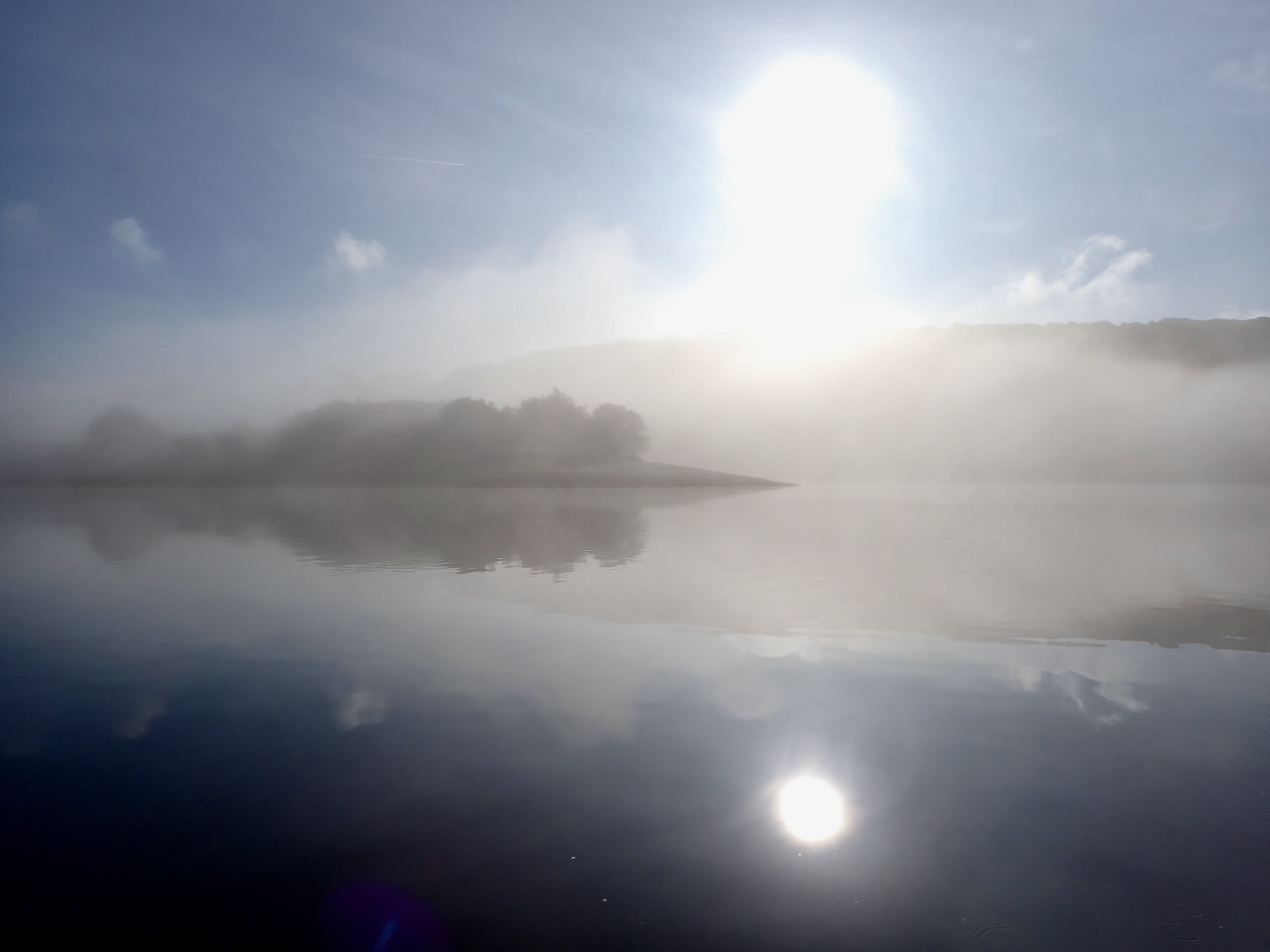 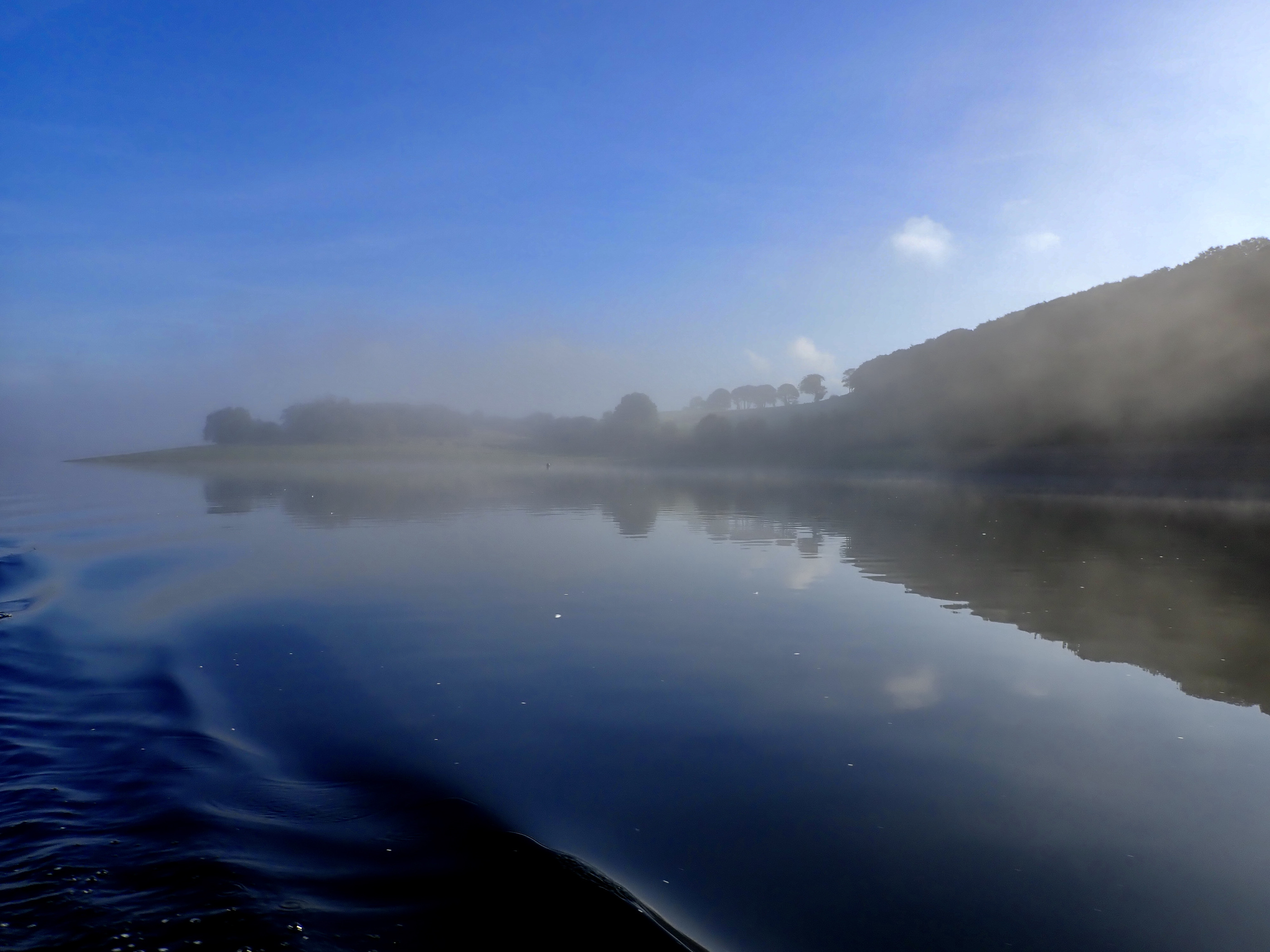 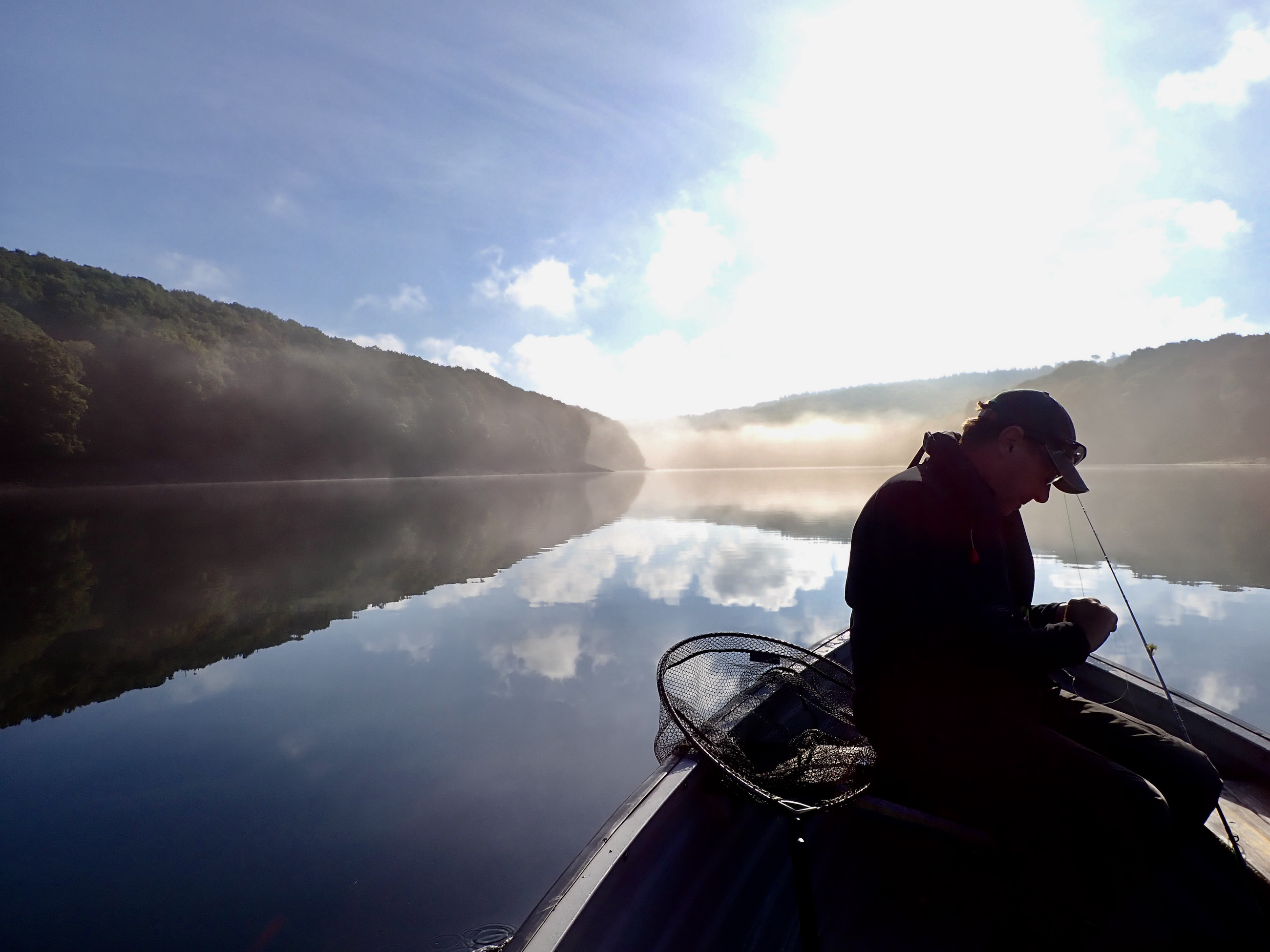 The tree shrouded Upton Arm of Wimbleball Lake is one of my favourite areas to fish. We resumed the days fishing searching the water with various lures. The morning proved frustrating with numerous good trout following the flies before turning away tantalisingly close to the boat. 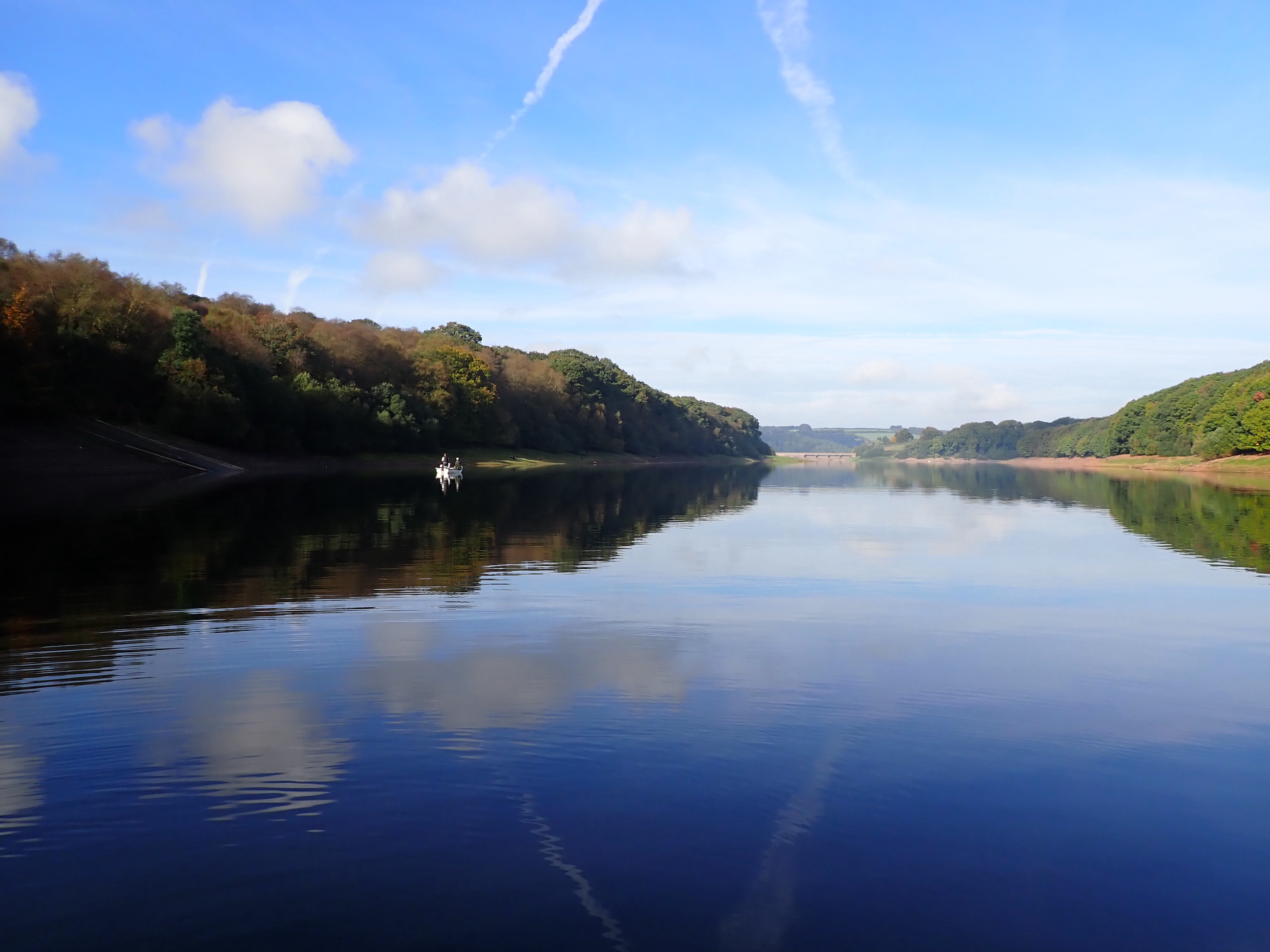 By late morning Rob and I met with Garry and Ray to discuss tactics and decided on a move to the far end of the lake where we had enjoyed some success the previous  day. We also knew that a fresh stocking had been made in the area so hoped a few uneducated fish would grant us success. 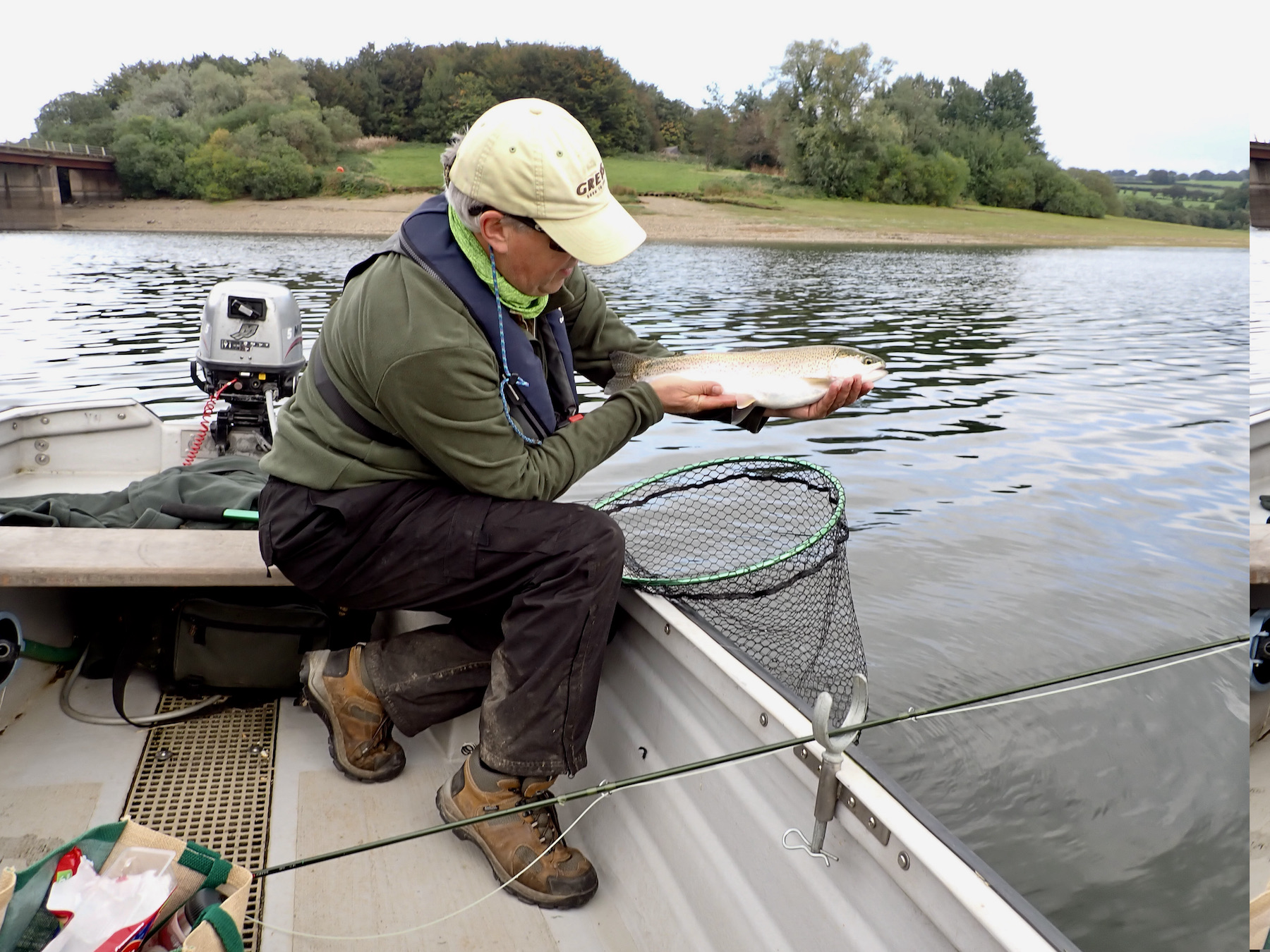 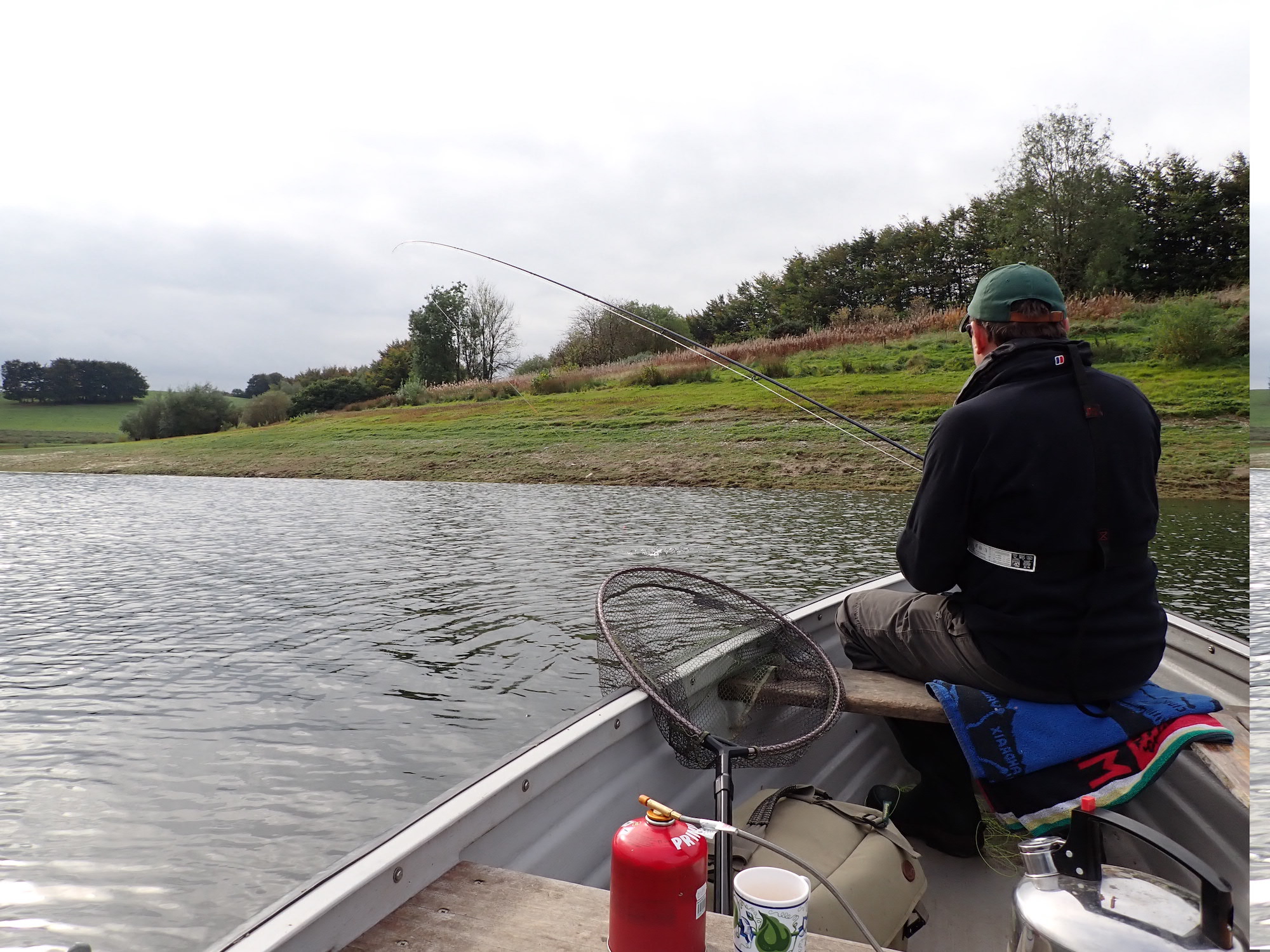 In the shallows we found the trout attacking fry sending tiny fish scattering to break the calm waters surface. Casting into the shoreline I tempted a small brown trout and secured a hard fighting rainbow. Rob also hooked a good fish that threw the hook  after a pleasing encounter. Retrieving lures briskly with a roly-poly retrieve brought several follows from some impressive looking trout including a blue trout that looked a good five pound plus. A few brief hook ups kept us casting until we eventually conceded defeat at around 6:30pm the sun slowly setting to close what had been a magnificent autumn day. 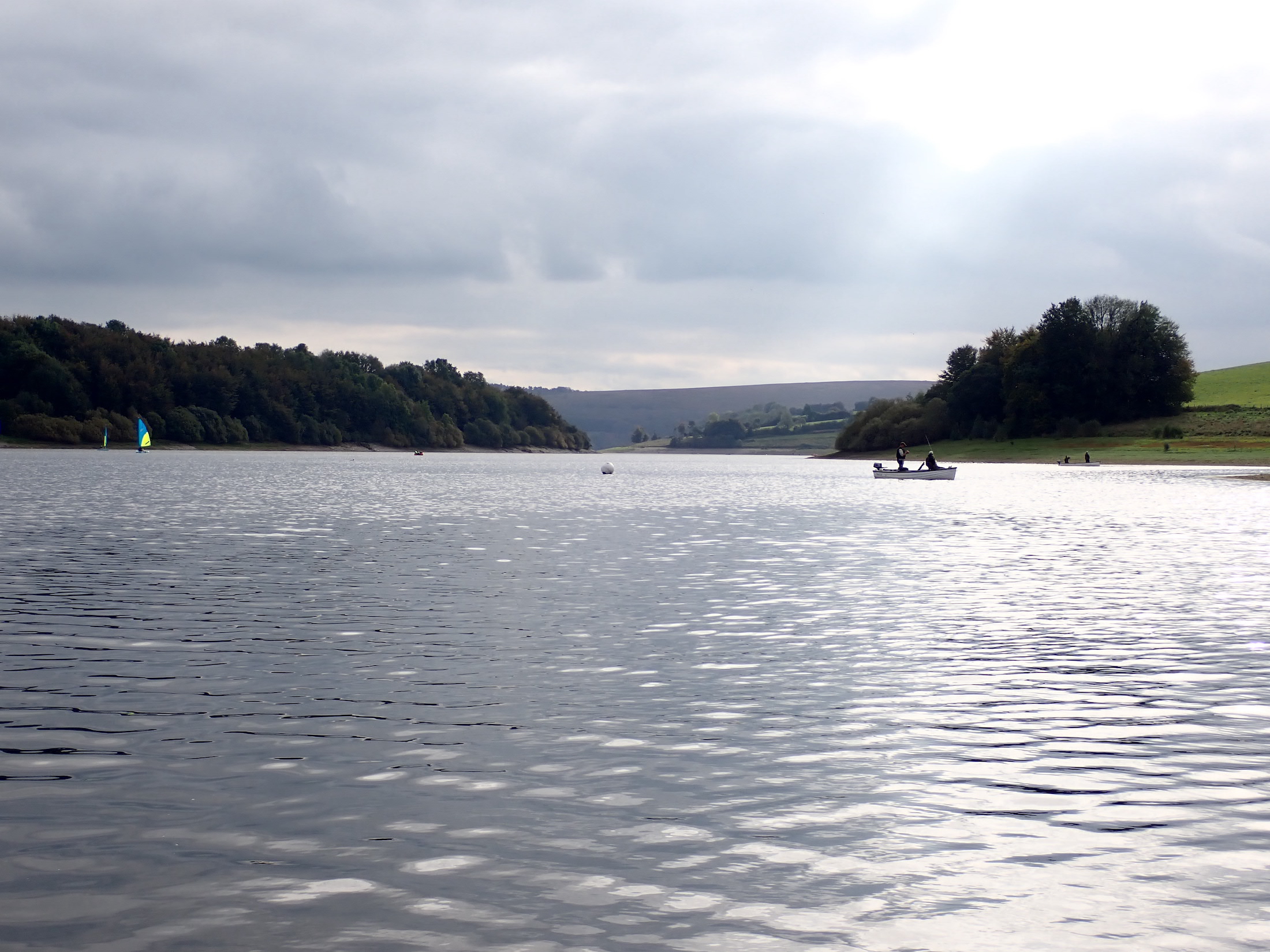 Our lack of catching was certainly nothing to do with a lack of trout in the lake for the stocking of Wimbleball is regular and often with fin perfect rainbows that will take you to the backing. Large waters like Wimbleball are my favourite trout waters for success is sometimes hard earned but all the more rewarding for that.

Once again we resumed tales of bygone days at the pub that evening. Eagerly plotting future forays and discussing the state of the world.

After a delicious Full English on the Sunday morning, we set off for home another collection of memories etched upon our minds. The Old Fisher Farts will hopefully reunite in the spring of 2022.