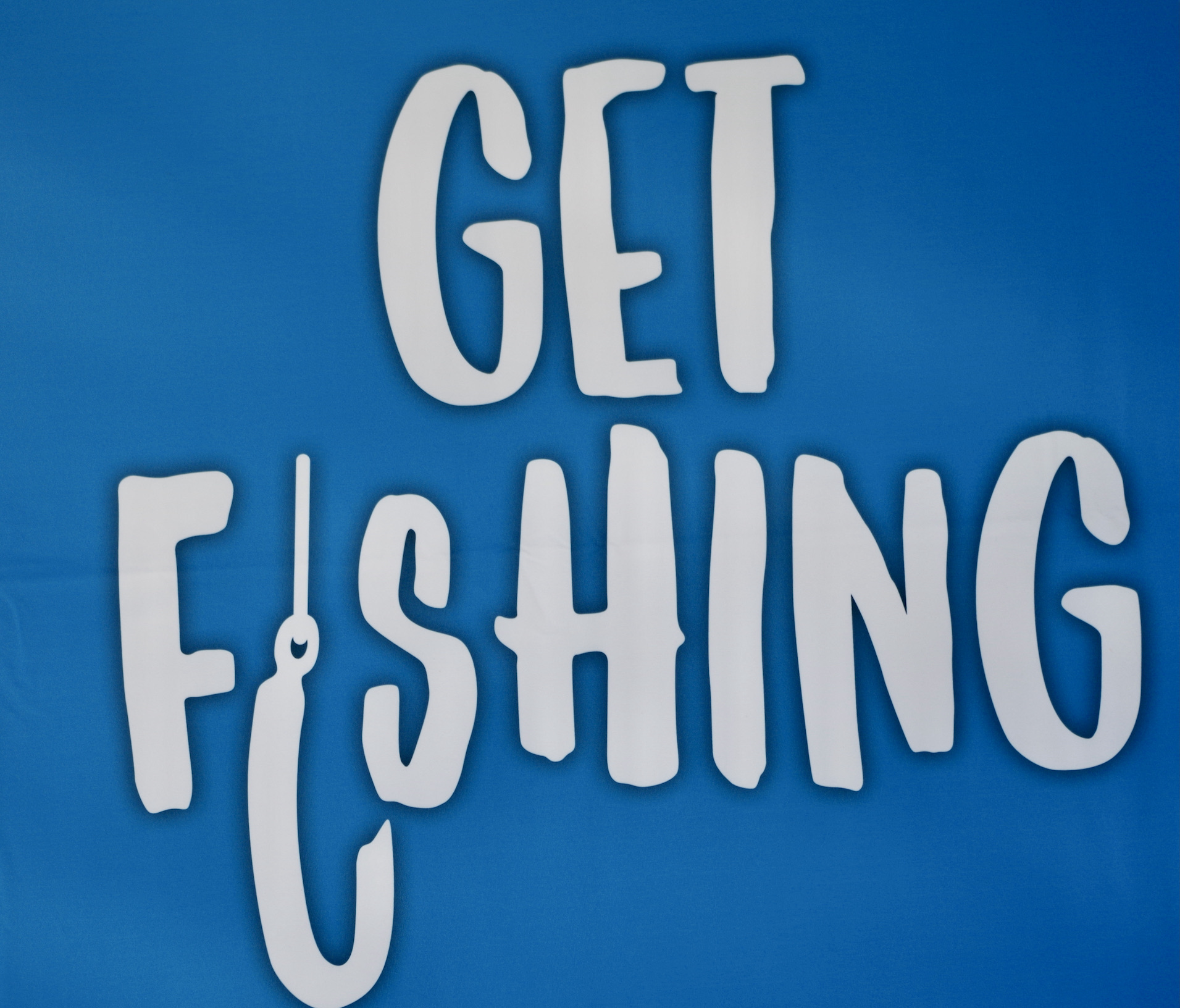 The Angling Trust are always at the forefront of events to promote angling ensuring its future for generations to come. Anglers Paradise was founded by Zyg Gregorek over forty years ago and has undoubtedly sowed the seeds for many anglers who have visited the venue with their families.  On Easter Sunday 2022 I attended a family fun fishing day at the day ticket Eldorado complex that was supported by Anglers Paradise, The Angling Trust, Shakespeare, Angling Direct, The Environment Agency, Dynamite Baits and Nash Tackle.

Zenia Drury Gregorek was undoubtedly the driving force behind the event that attracted over seventy eager participants. Coaches from the Angling Trust were joined by keen local anglers to introduce families to the joys of angling. All tackle and bait was provided at this free event with a wealth of expert advice on tap for both total beginners and the more experienced angler. All juniors who took part earned a Get Fishing Certificate Award and badge from the Angling Trust presented by Dean Asplin who is Angling Development Manager for the South of England and South West Angling Development Officer. 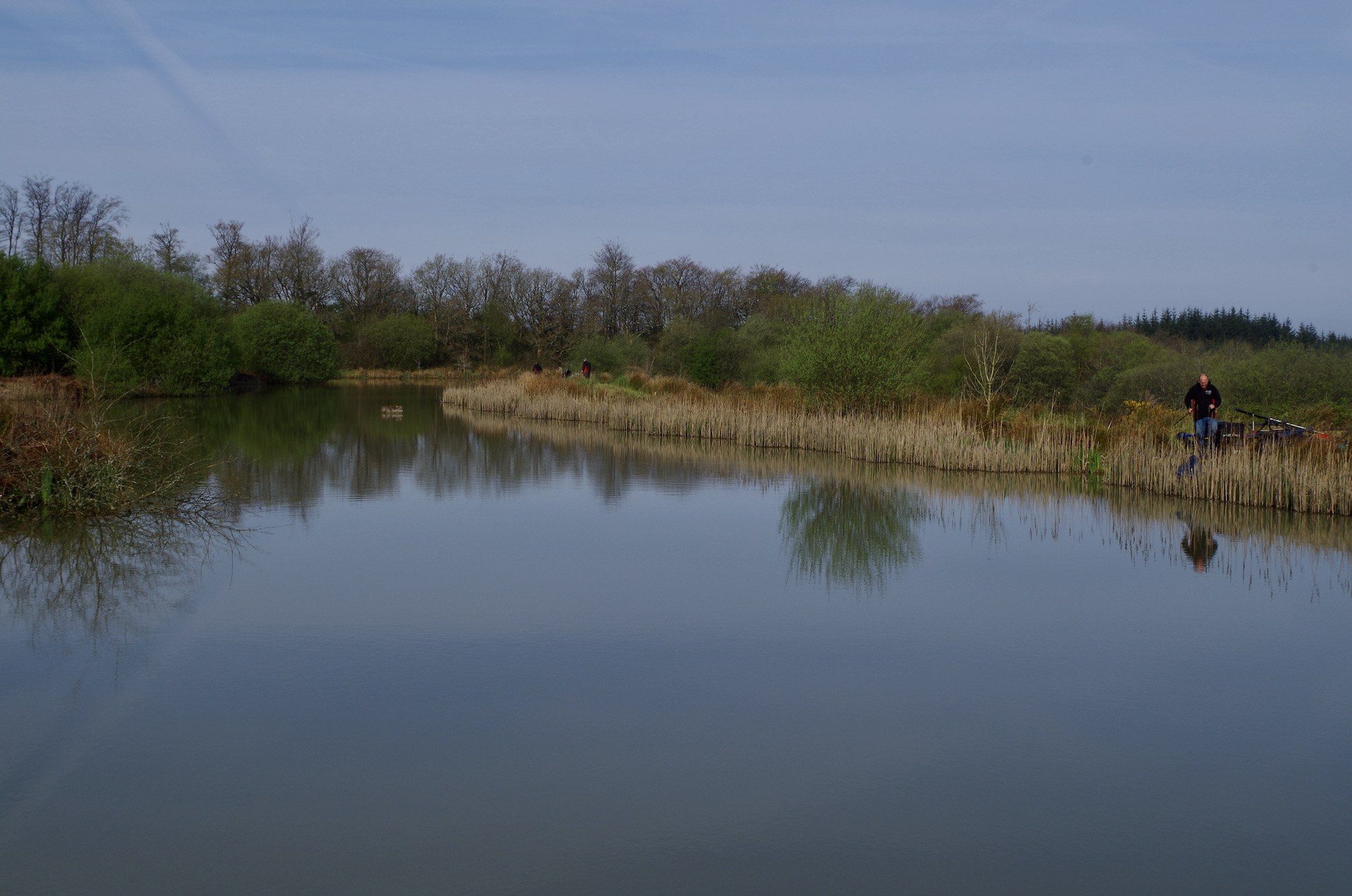 I arrived at the venue shortly before the start and enjoyed chatting with  the coaches who had travelled from far and wide to assist and support on the day. Amongst the coaches were Roly, Tony King, John Thompson, Andy Payne, Joe Drury, Hassan Khan, Steve Manley, Dan Murrell, Joe Dietrich, Callum Regan and Mark Thorneycroft. 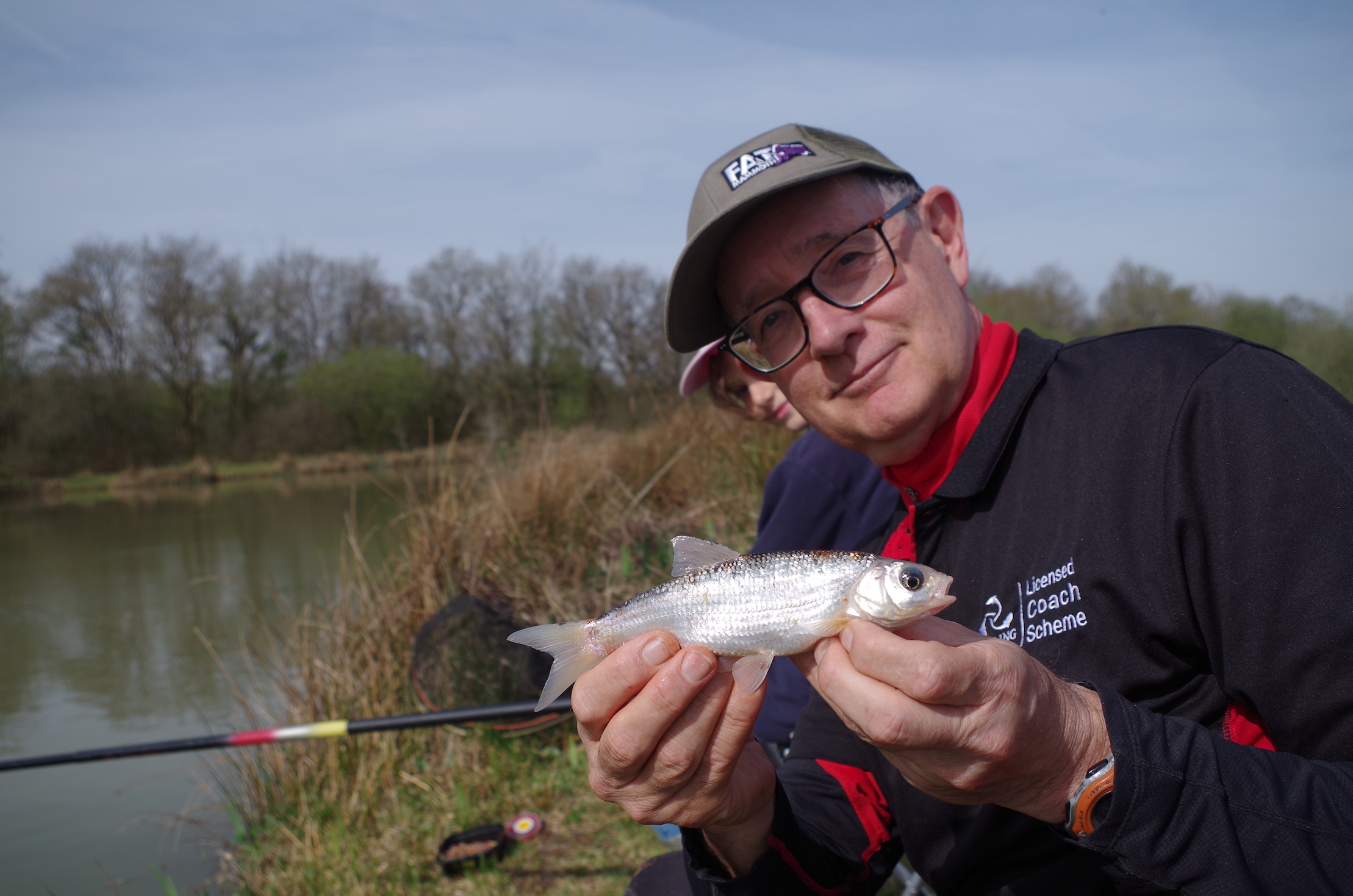 It was to prove a busy day for the coaches with families descending on the venue from far and wide. The event was blessed with warm sunshine during the morning session with the sounds of children’s laughter and adults banter filling the spring air. A few swallows swooped over the water as the coaches explained the finer details of fishing. The majority of families gathered around a lake stocked with  a wide variety of smaller fish with whips used in conjunction with float tactics. The young anglers were fascinated by the brightly coloured wriggly maggots and soon focussed upon the brightly coloured floats that bobbed optimistically upon the water to disappear delightfully from time to time as a bejewelled fish from another dimension was lifted from the cloudy waters. 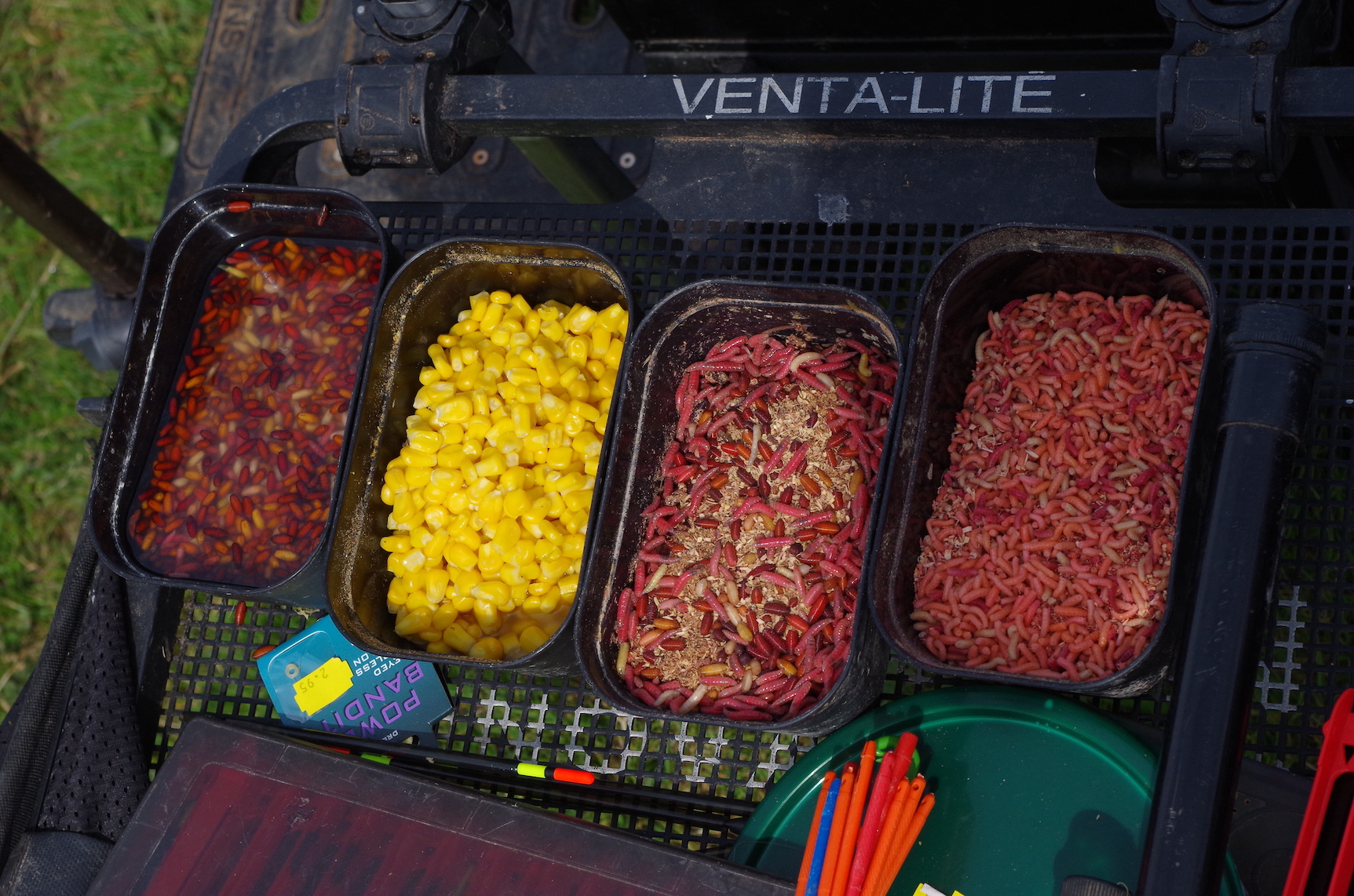 Many caught their first fish and it was  great to see the joy and fascination upon so  many faces. The coaches gave guidance on how to unhook the fish carefully and return them to the water with minimal harm. 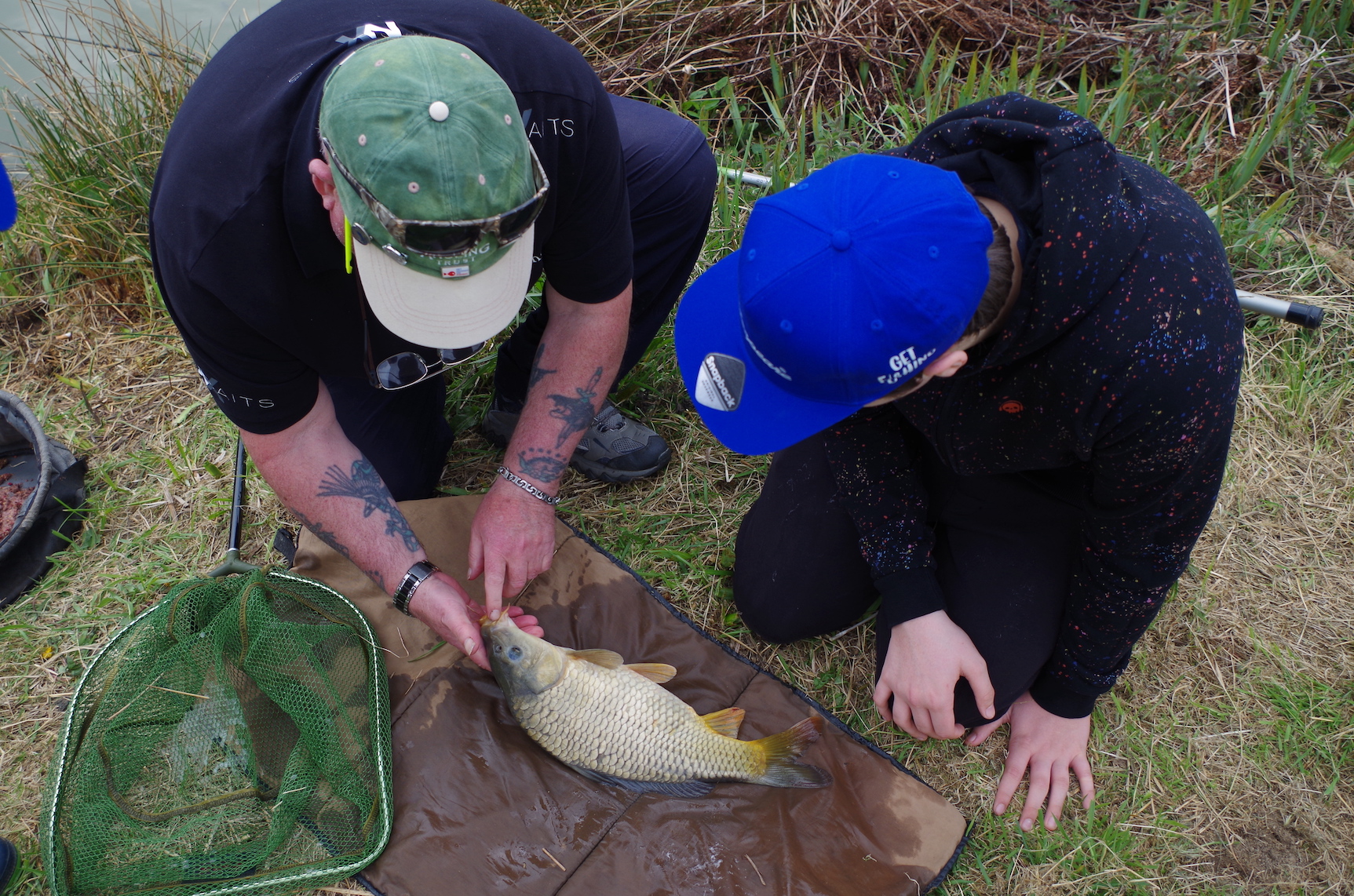 On the lower Lake Hassan Khan of Nash Tackle was joined by Steve Manley and Dan Murrell of Catch to explain the complexities and technicalities of carp fishing. During the morning session the carp showed on the surface in abundance allowing Hassan and his friends to demonstrate the frustration of carp fishing as the carp ignored the carefully presented hook baits. They made up for this in the afternoon session helping a young angler to bank two fine double figure carp. 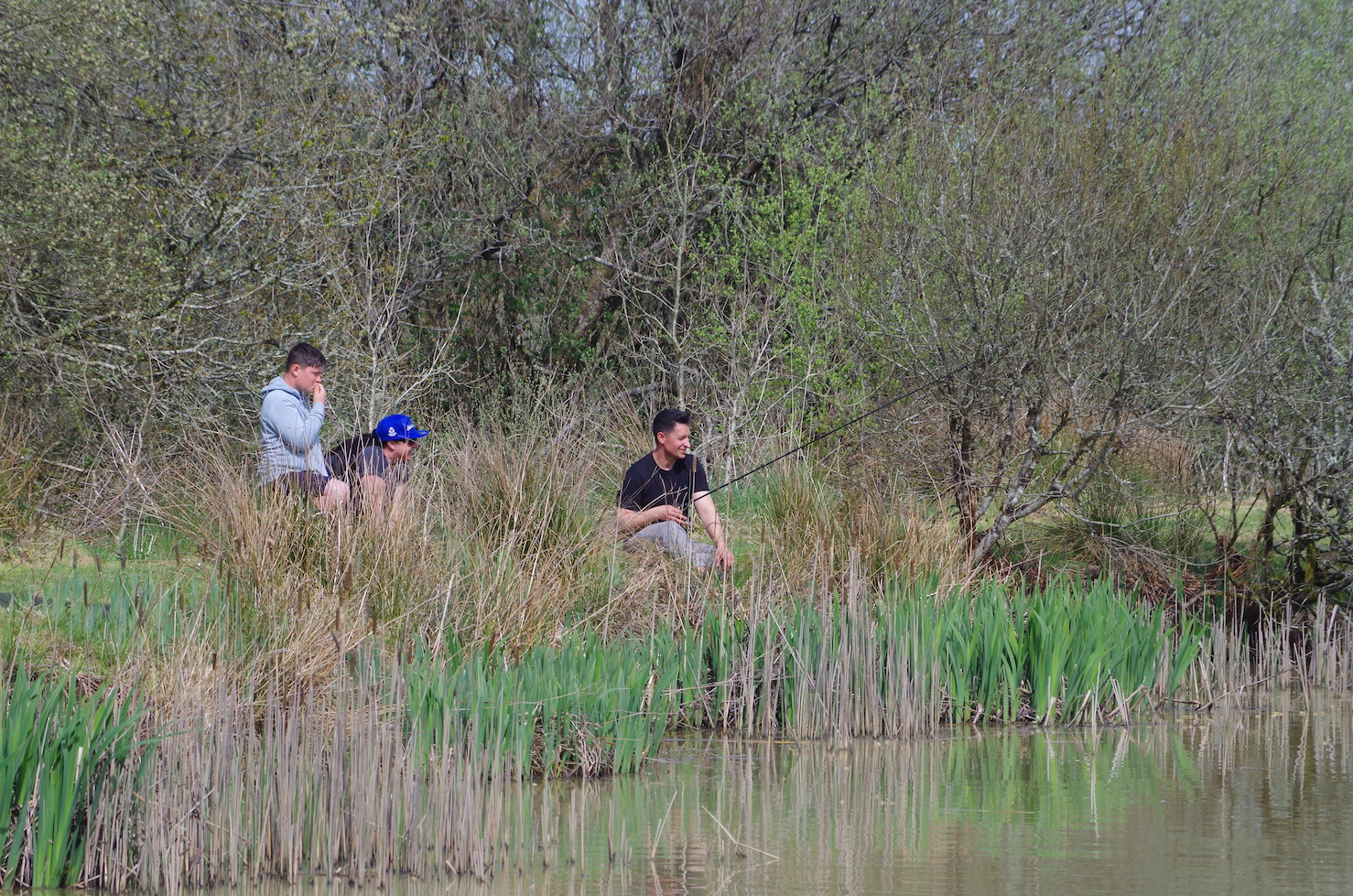 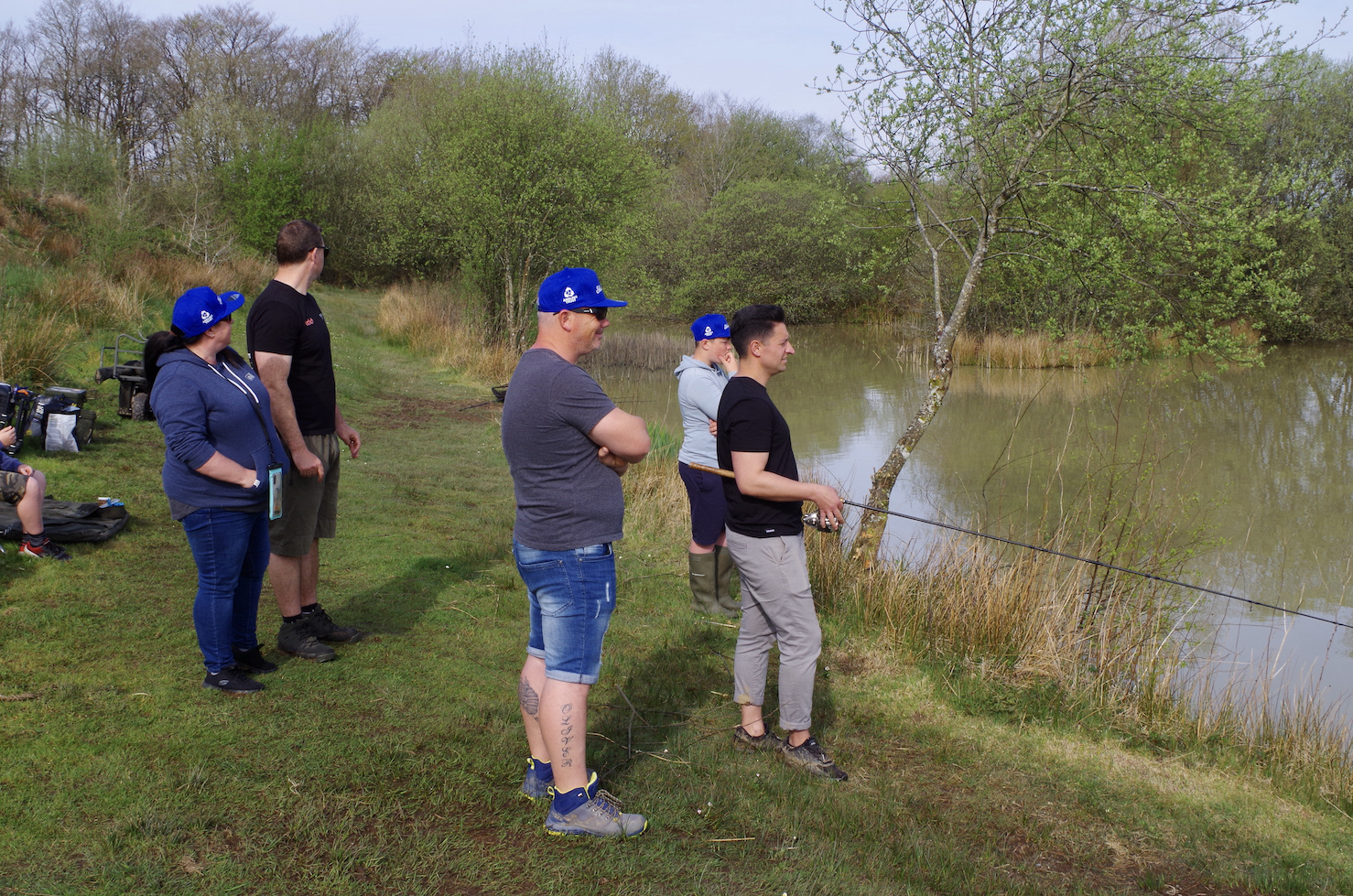 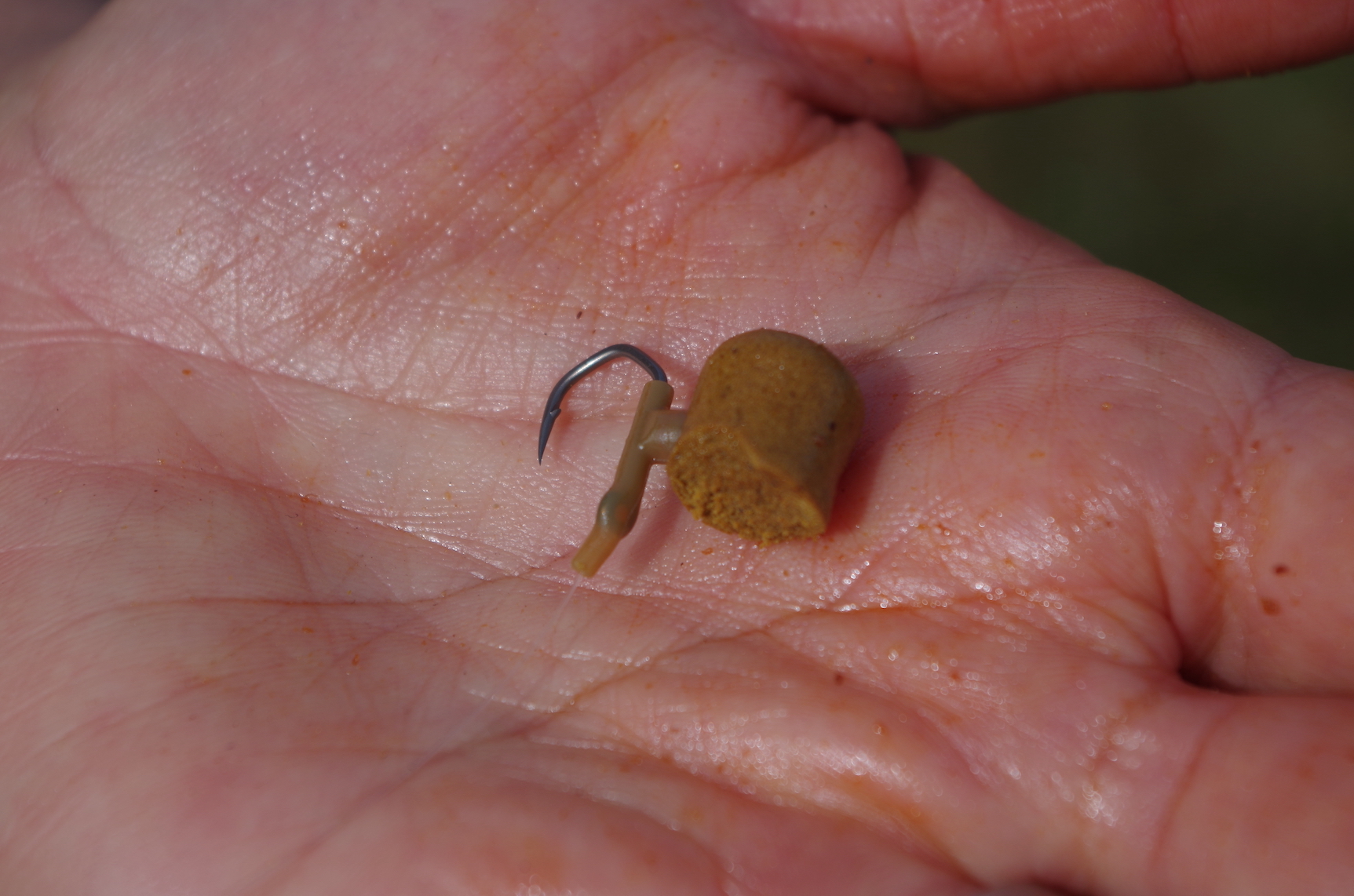 The event proved a huge success with many families being introduced to angling for the first time. For some this could prove the gateway to a lifetime spent in the great outdoors gaining an in depth appreciation of nature. Angling is recognised as providing a great deal of well-being with significant benefits for mental health.

During the day I attempted to capture a few images of the fishing that will hopefully do more justice than words alone. 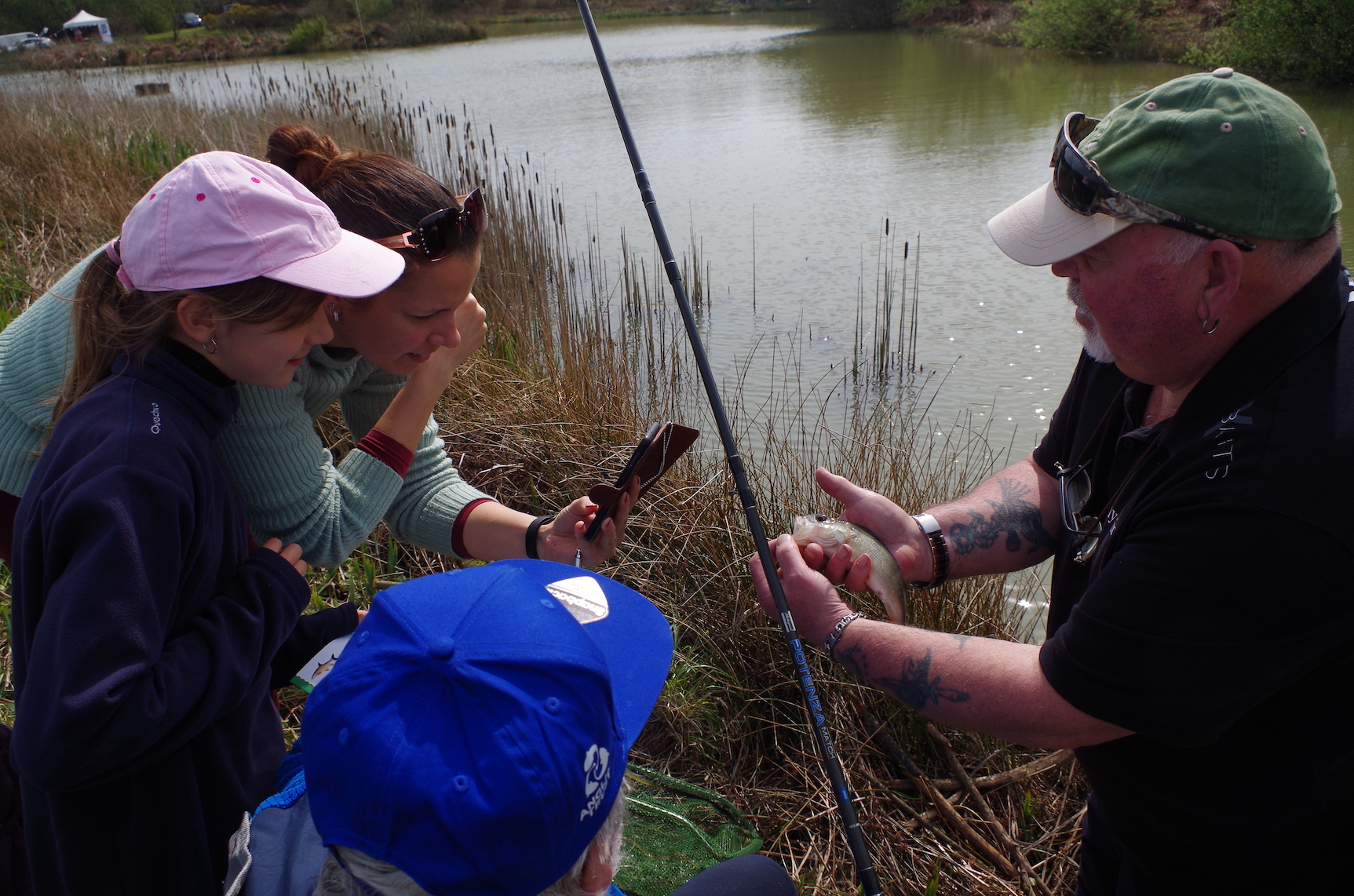 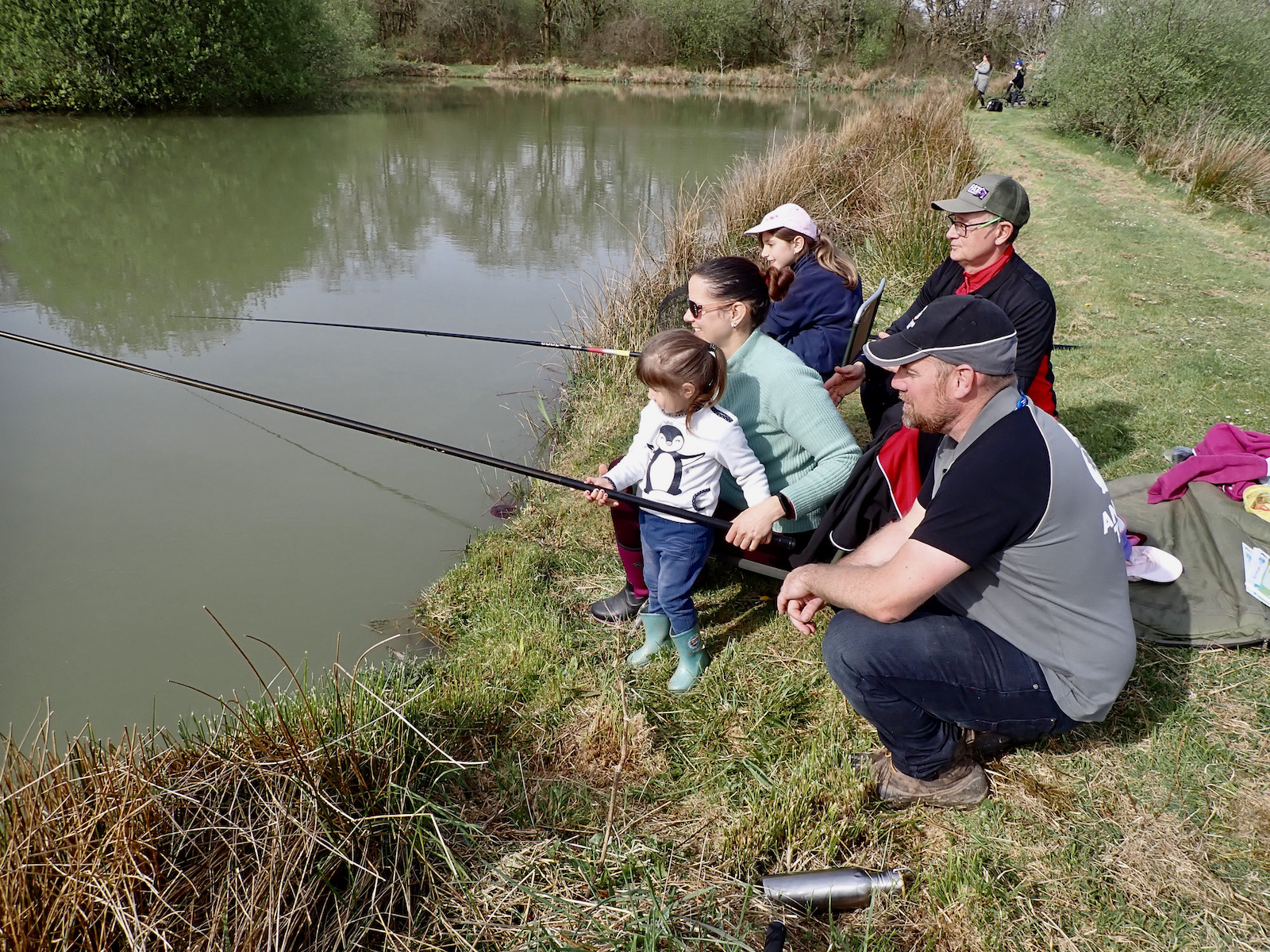 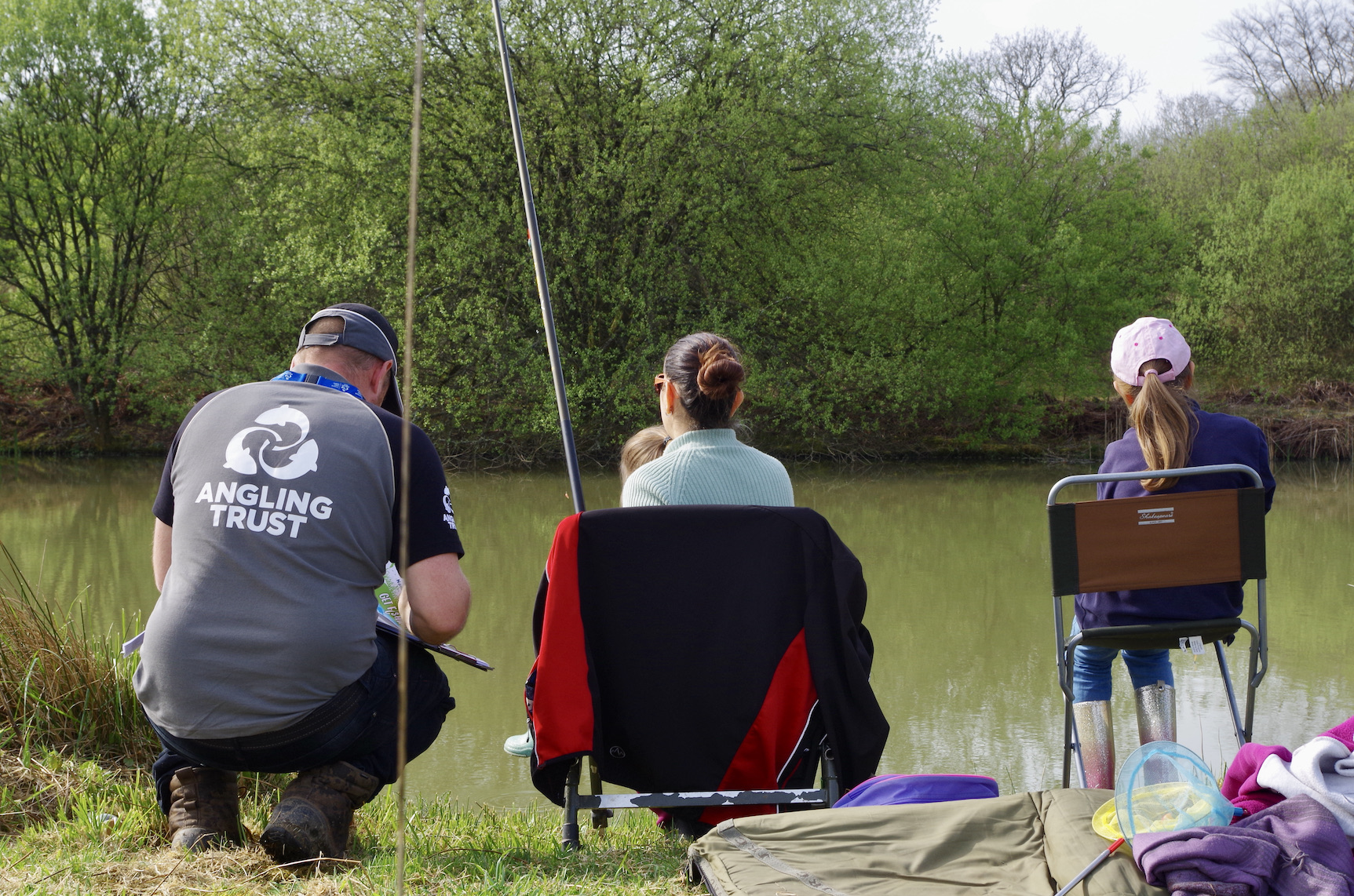 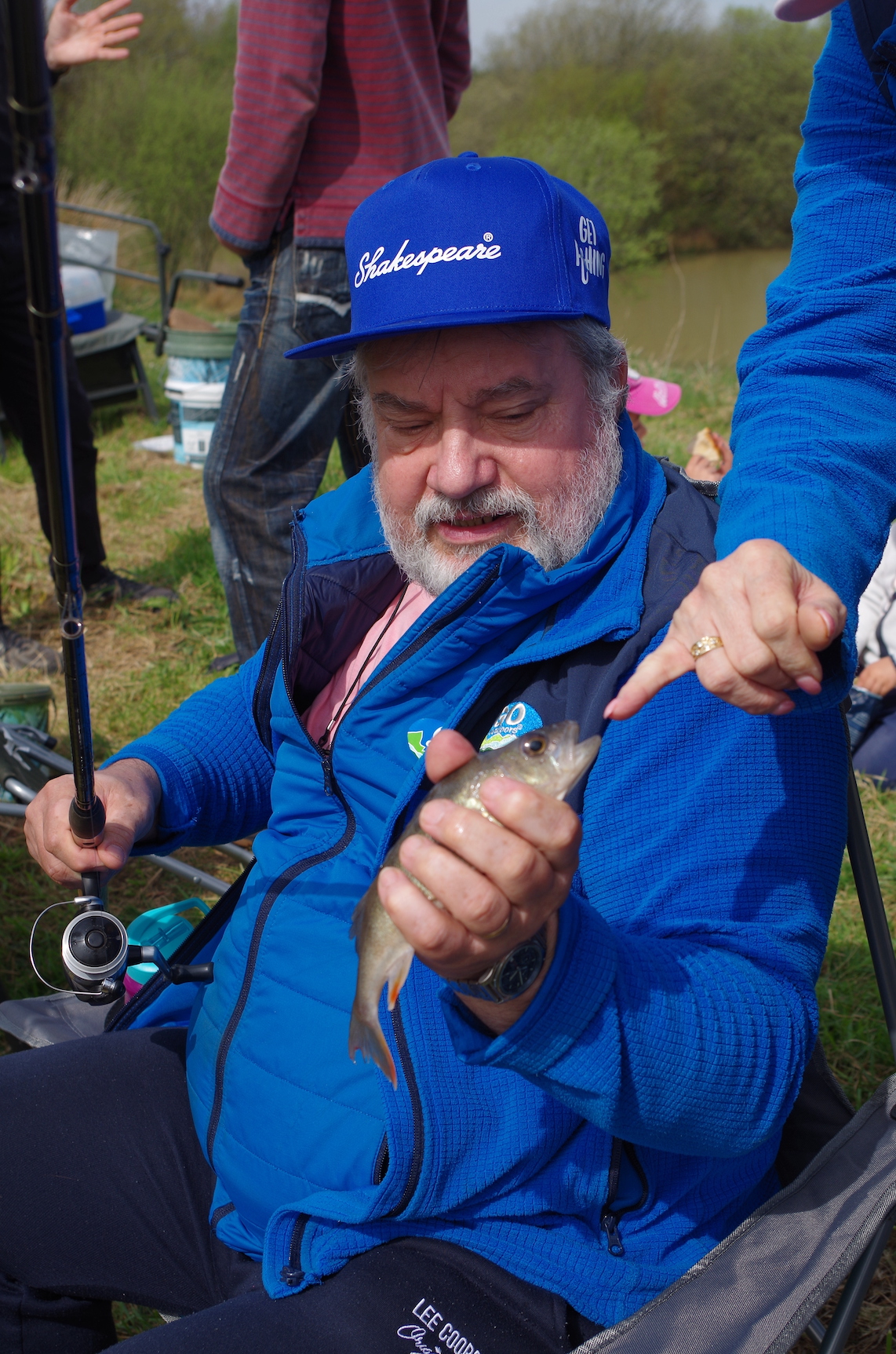