Matt Jacques has smashed his PB by a massive 16lb. Matt banked the lakes biggest resident at a weight of 53lb!
Matt returned to Anglers Paradises Kracking Carp Lake with Joe Drury for their second social of the year.
Joe was rudely awoken by a head torch at 2am with Matt trying to get the message across that he had a fish in the net! On inspection they realised Matt had only gone and landed ‘Silverback’, the lakes largest resident. It’s only the second time it’s been caught this year, and both times falling to the mighty Monster Tiger Nut range by Dynamite Baits!! 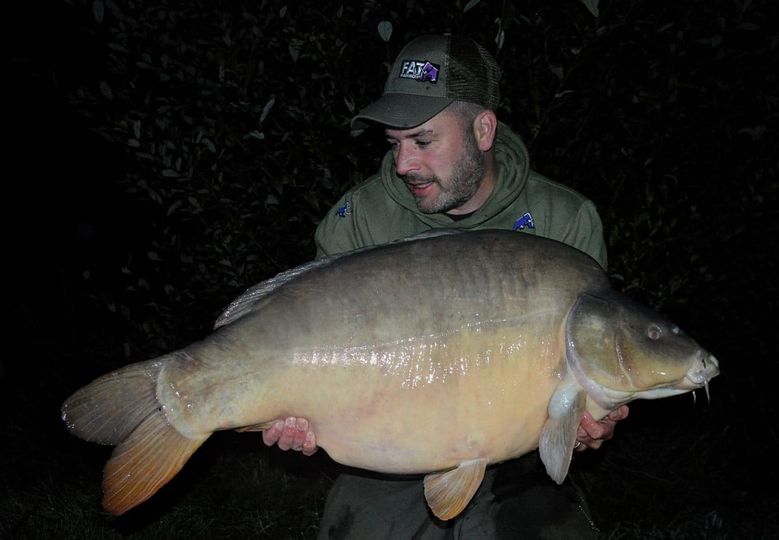 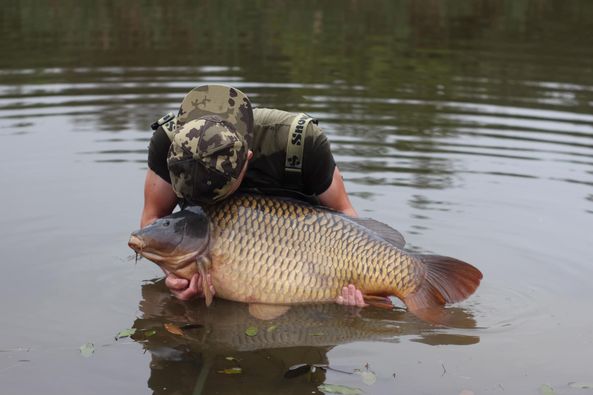 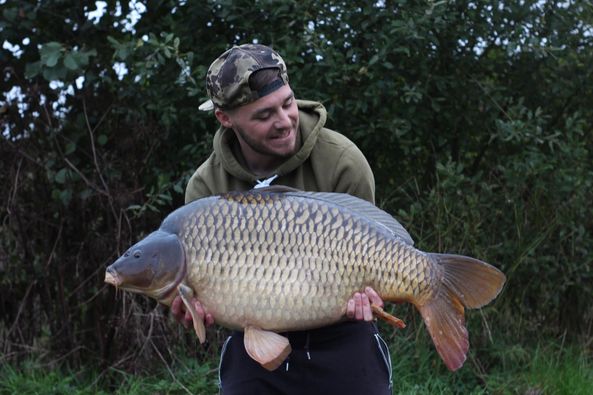 Sam Passmore cracks the Kracking Carp again with this beautiful 37lb 7oz Common making it his 7th bite in 13 nights this year!
Sam fished on peg 2 and used a 18mm Manilla boilie fished over a handful of boilies. 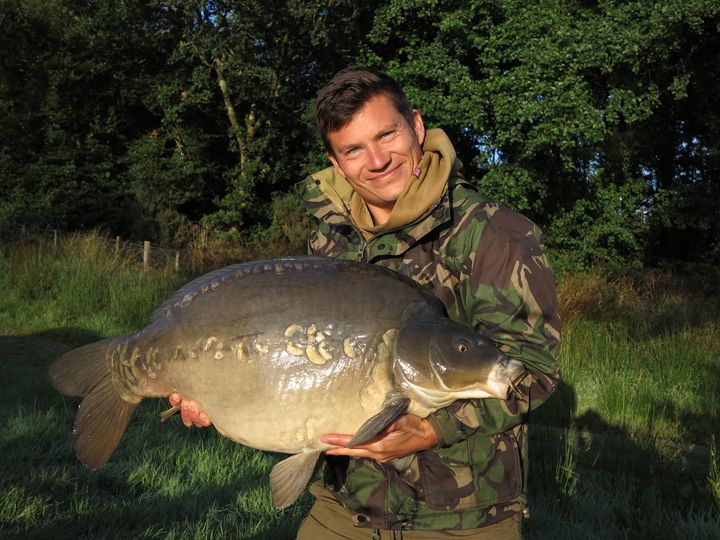 Rob Pearson caught a 39lb 6oz Mirror from Nirvana’s Kracking Carp Lake, which is a fish that hadn’t been caught for a while!
Rob caught the Carp on Mainline Hybrid boilies. 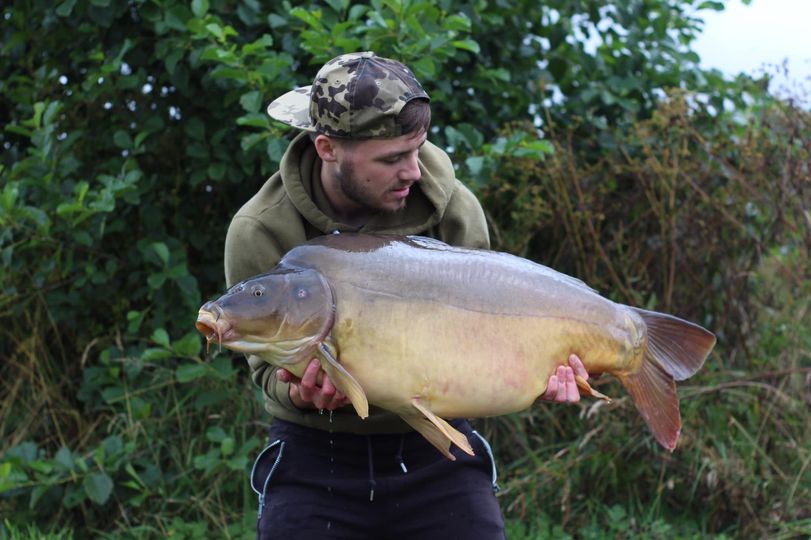 Sam Passmore, 27 from Plymouth luck continues with another Kracking fish from Nirvana’s Kracking Carp Lake! A 36lb 11oz caught on a manilla pop up, fished over a bed of boilies. 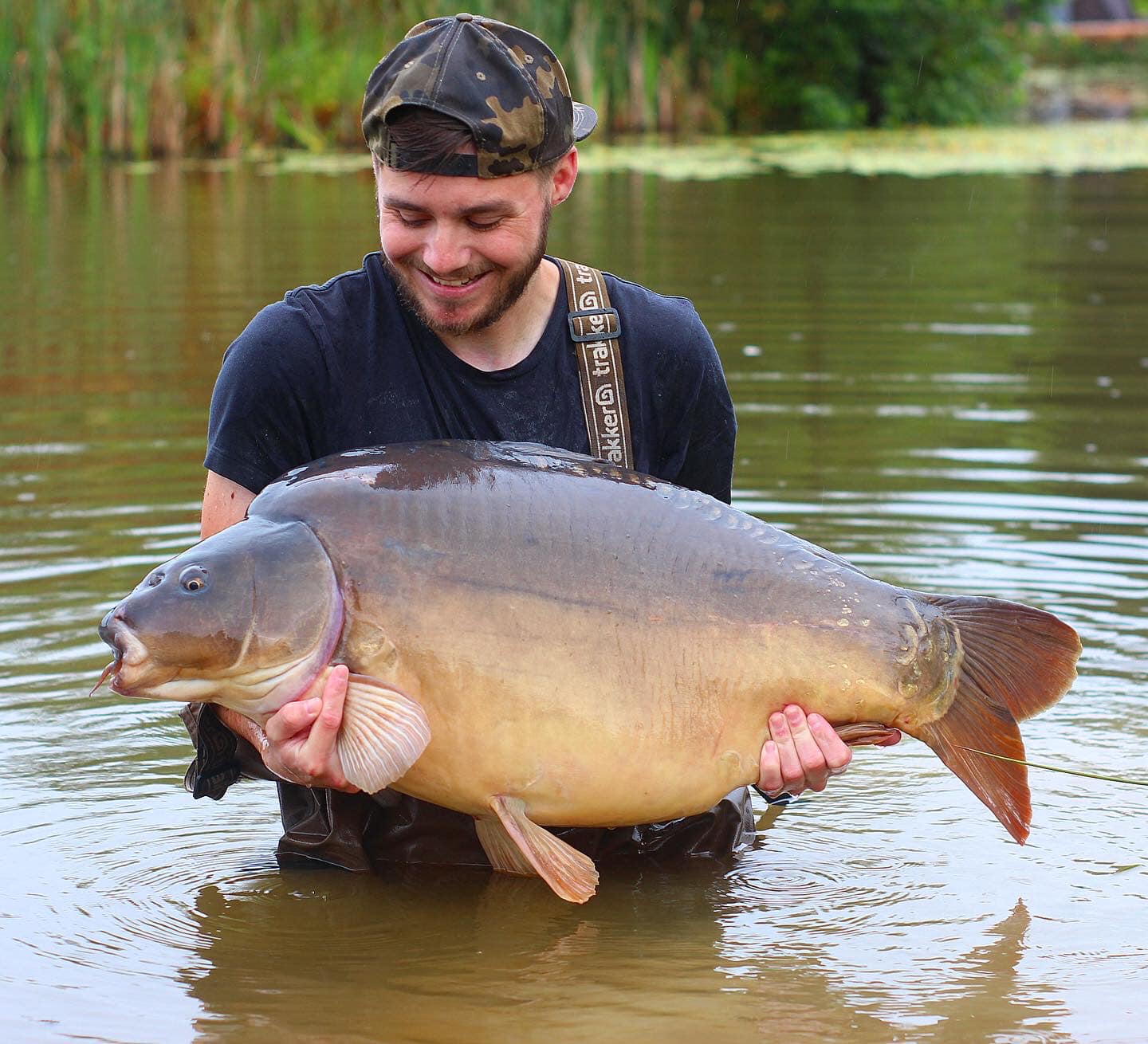 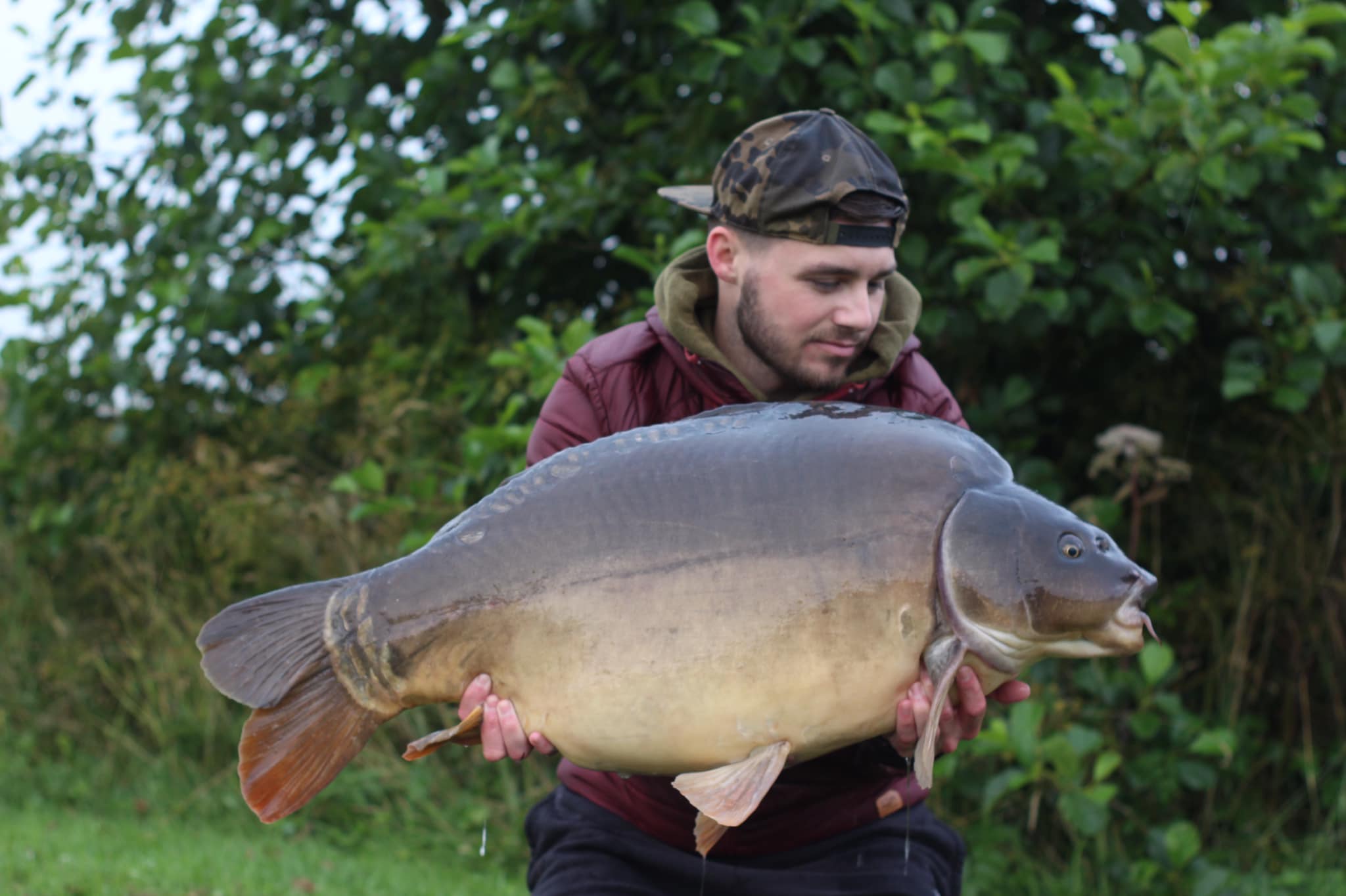 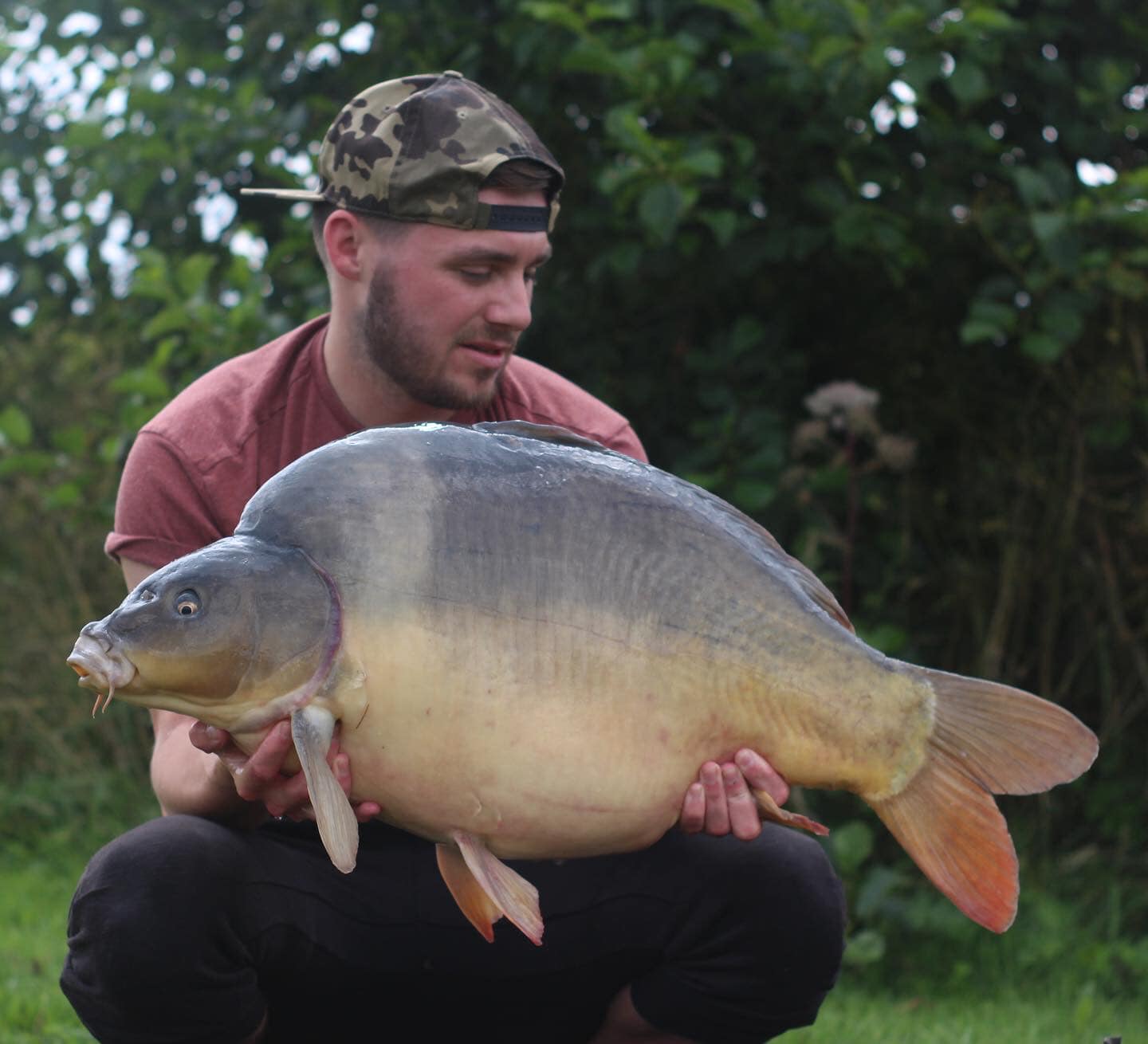 Massive congratulations to Sam Passmore 27, from Plymouth who felt he had the fishing gods looking over him when he caught a personal best 44lb 4oz Mirror known as Parrot and a 29lb 13oz Mirror.
Both Carp were caught using 18mm Krill wafters from Nirvana’s Kracking Carp Lake. 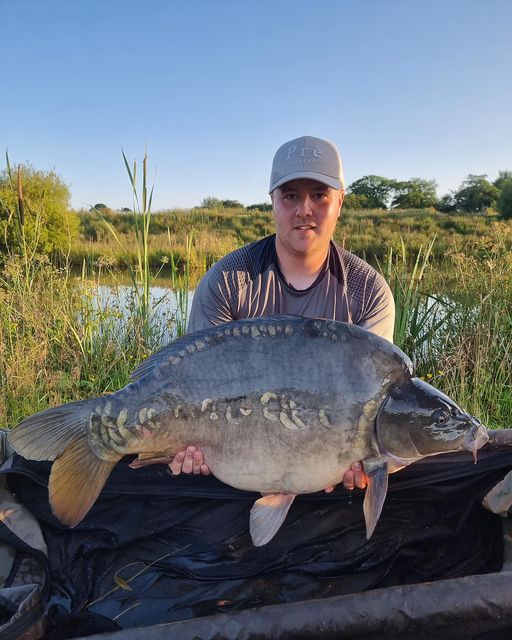 Zenia Gregorek posted this on her social media page.
My buddy “Scar Face” the Catfish! A few pounds bigger than last year making her my new personal best Catfish at 37lbs.
“As always she gave me a great fight and it was great to see her again, I definitely have a special bond with this fish, she’s a precious one to me that’s for sure!! 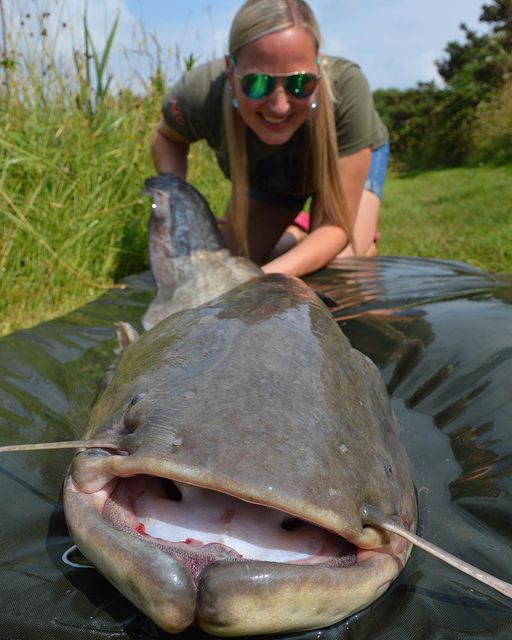 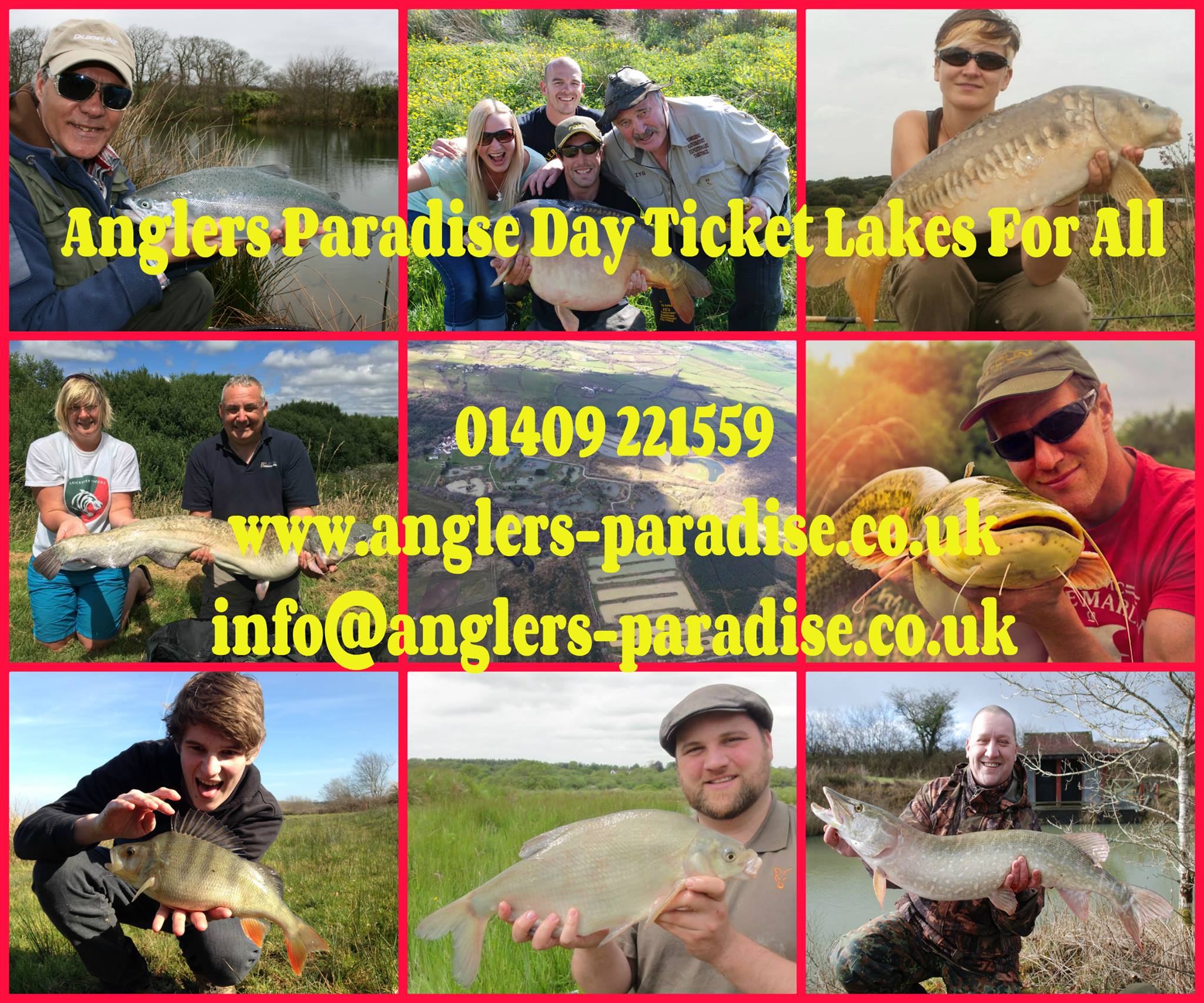 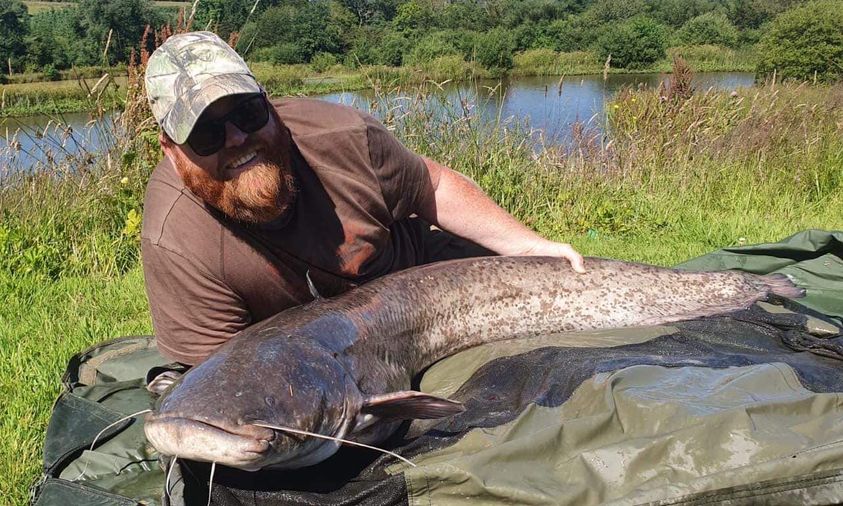 Phil Burke was the Cat that got the cream after just a few hours on Nirvana’s Specimen Cat Lake, he catches a 47lb Wels Catfish!
Phil caught the Catfish on a 28mm halibut pellet over a bed of pellets. A fantastic fight on a 9ft Nash Dwarf rod.
FATHER & SON TIME, MAKING MEMORIES ON THE BANK
John Deprielle took his 2 Sons fishing to Anglers Eldorado where they had a great time catching Golden Tench from the Top Lake & also a 34lb Catfish from the Cat & Carp Lake 2. 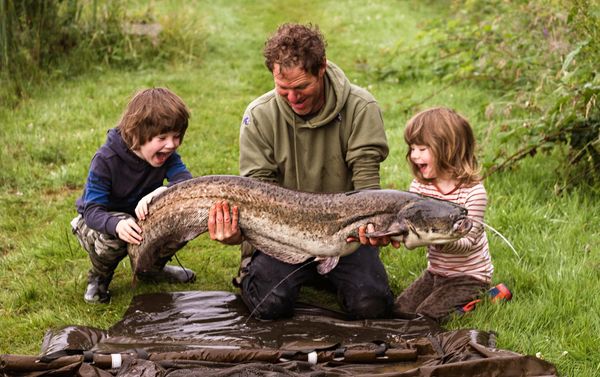 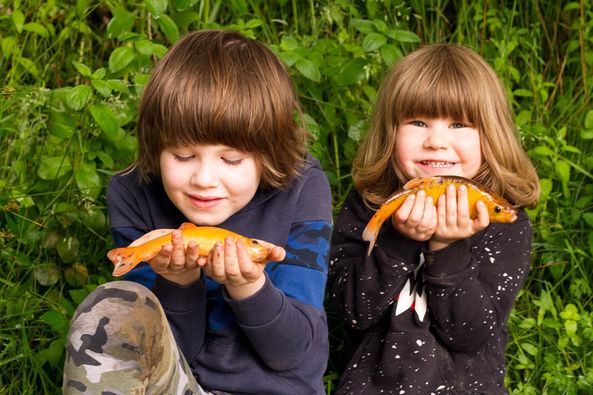 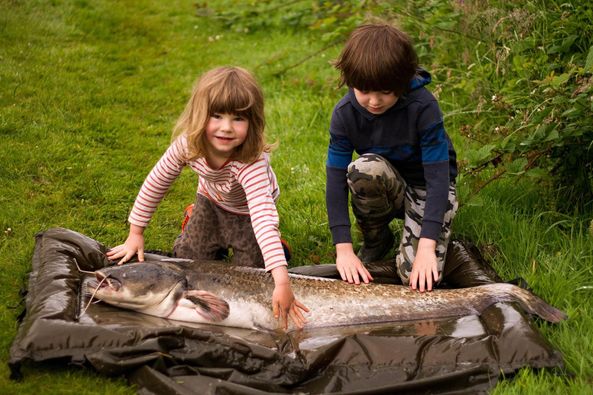 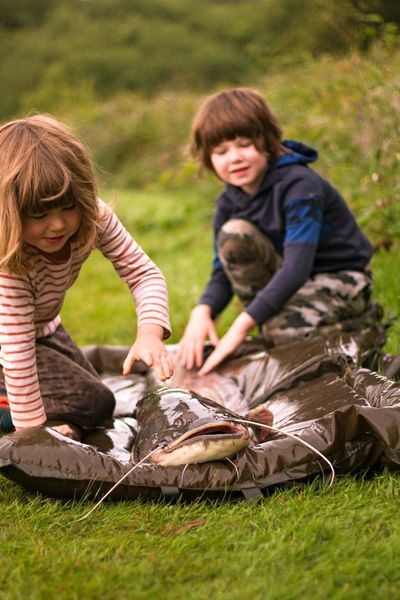 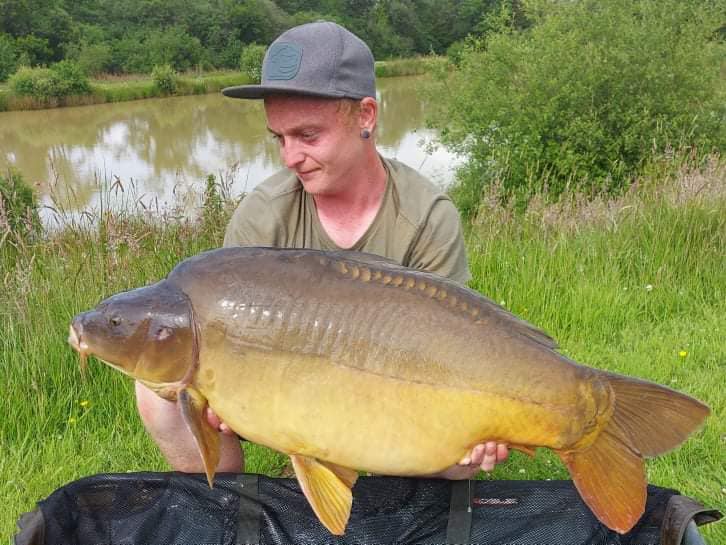 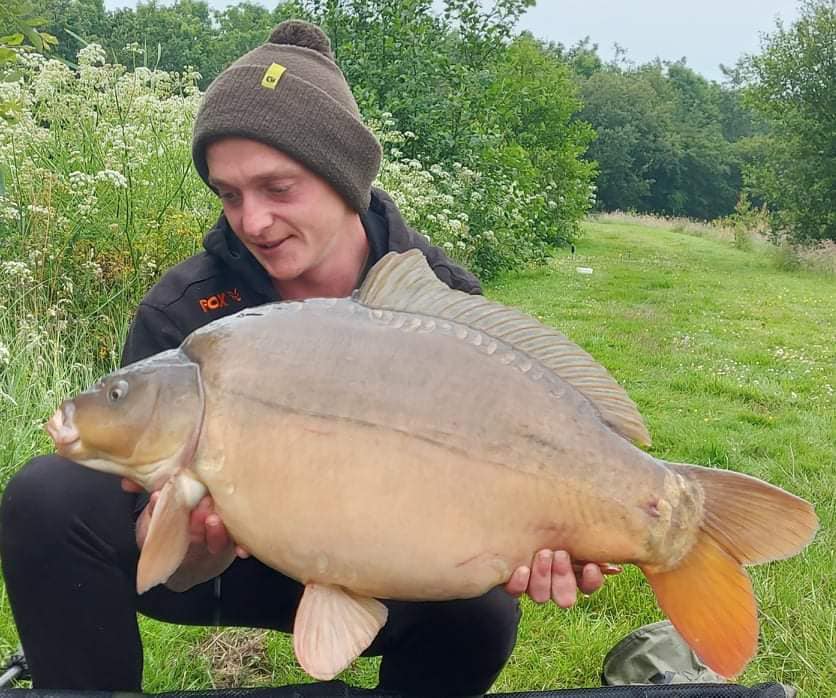 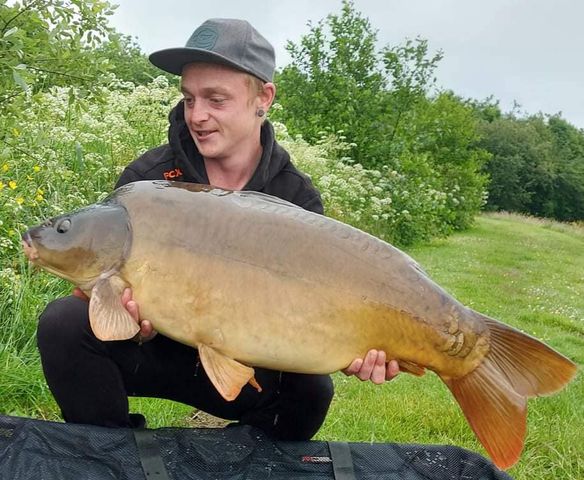 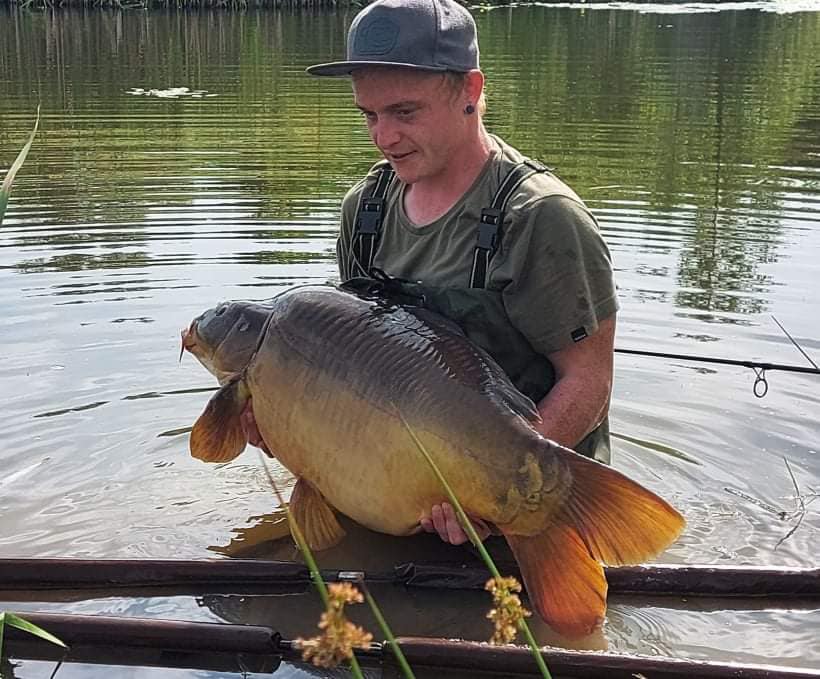