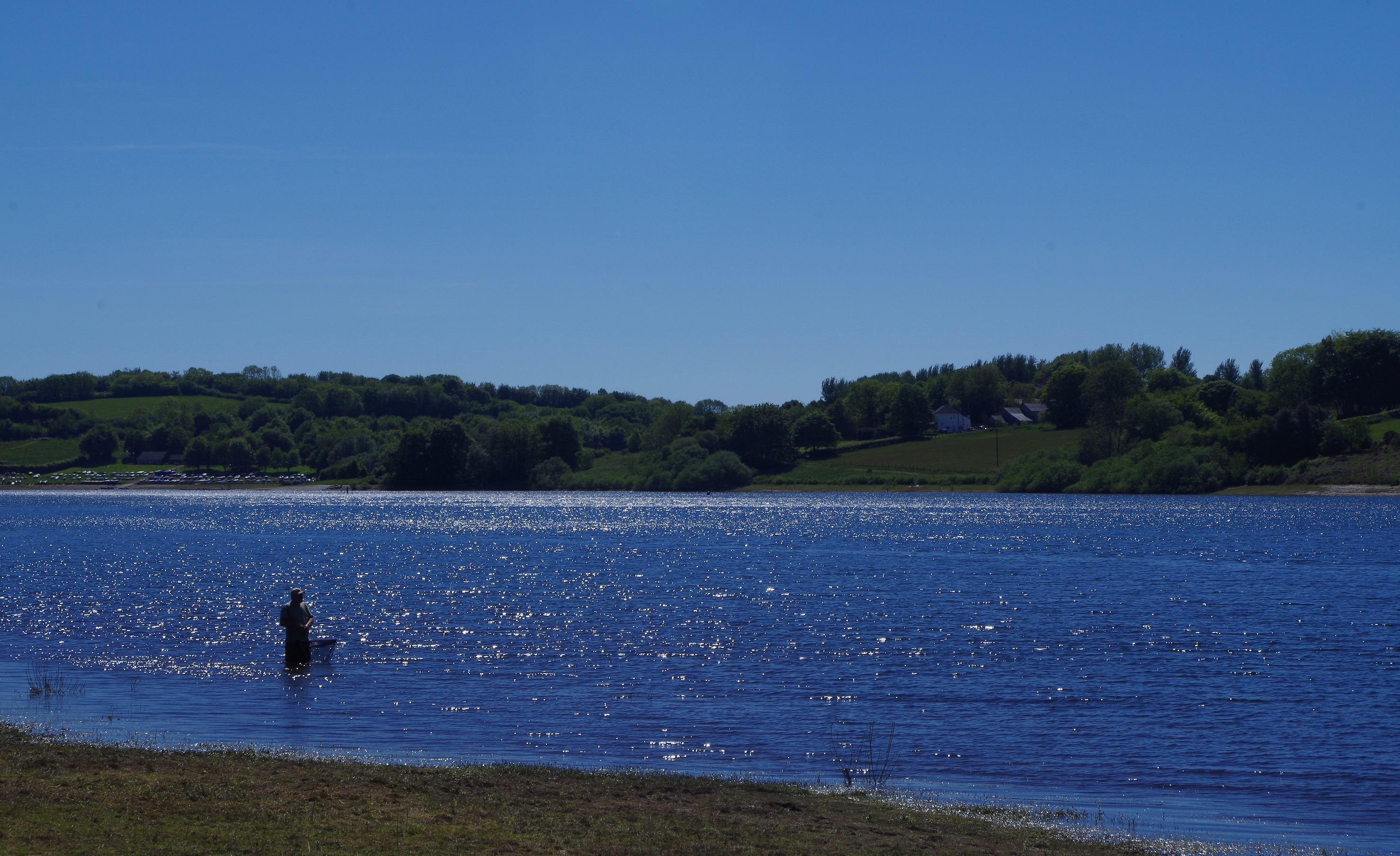 I had been itching to get back to Wimbleball after lockdown and booked half a day off work mid-week hoping it wouldn’t be too busy. It probably wasn’t the best day to have chosen; the hottest day of the year so far with a cloudless sky. Despite this I arrived full of optimism despite the conditions and headed for Rugg’s bay where there was plenty of room to fish and maintain social distance.

The far bank was full of families and young people soaking up the sun and whilst at first this seemed a little concerning I deemed that several groups may well be from single households. In any case the sounds of fun and laughter drifting across the water was welcome after months of doom and gloom. I am growing increasingly tired of the bitching and blaming that has manifested itself as the COVID crisis has unfolded. Apply a bit of common sense follow the rules and accept that there is always a bit of risk in life. 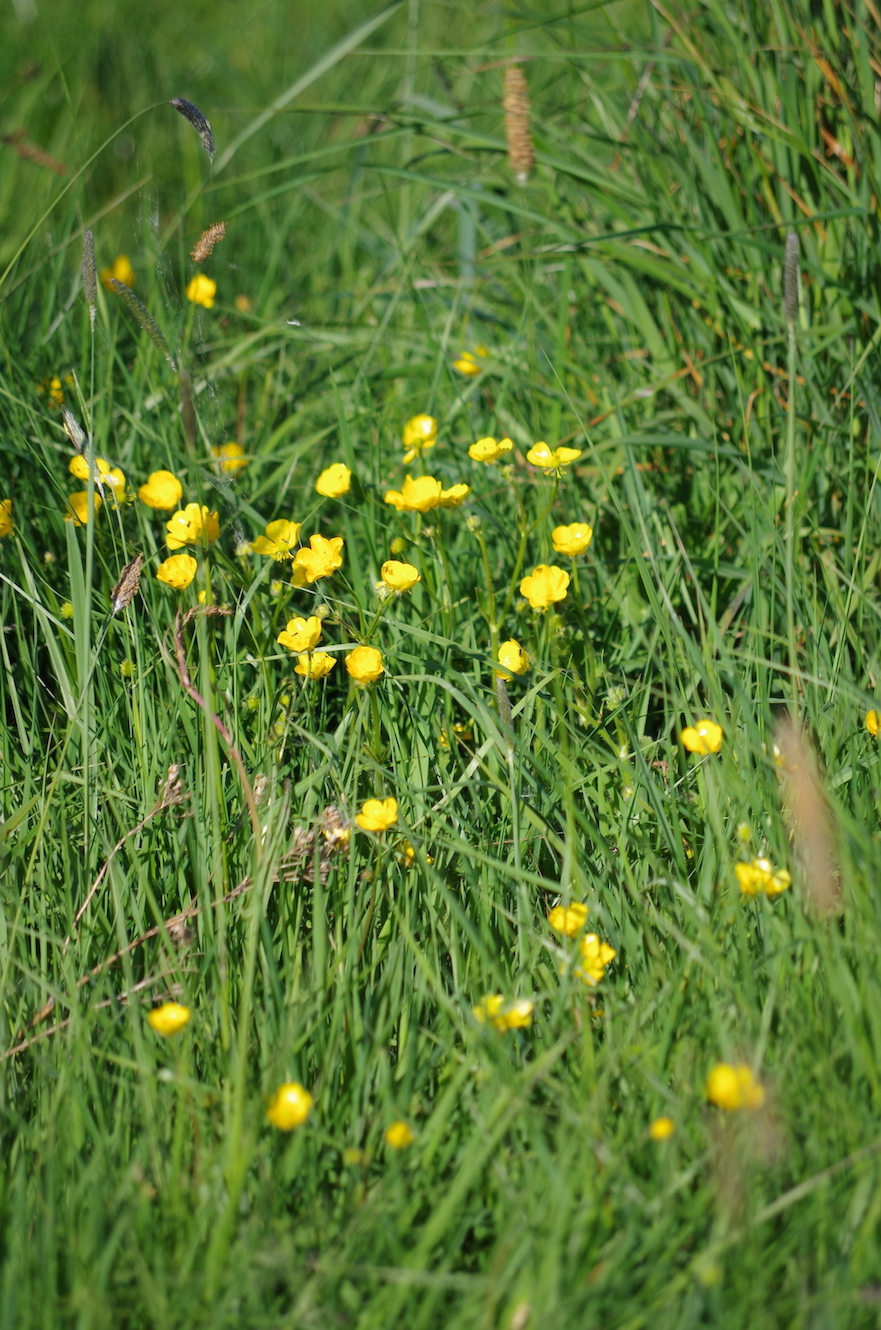 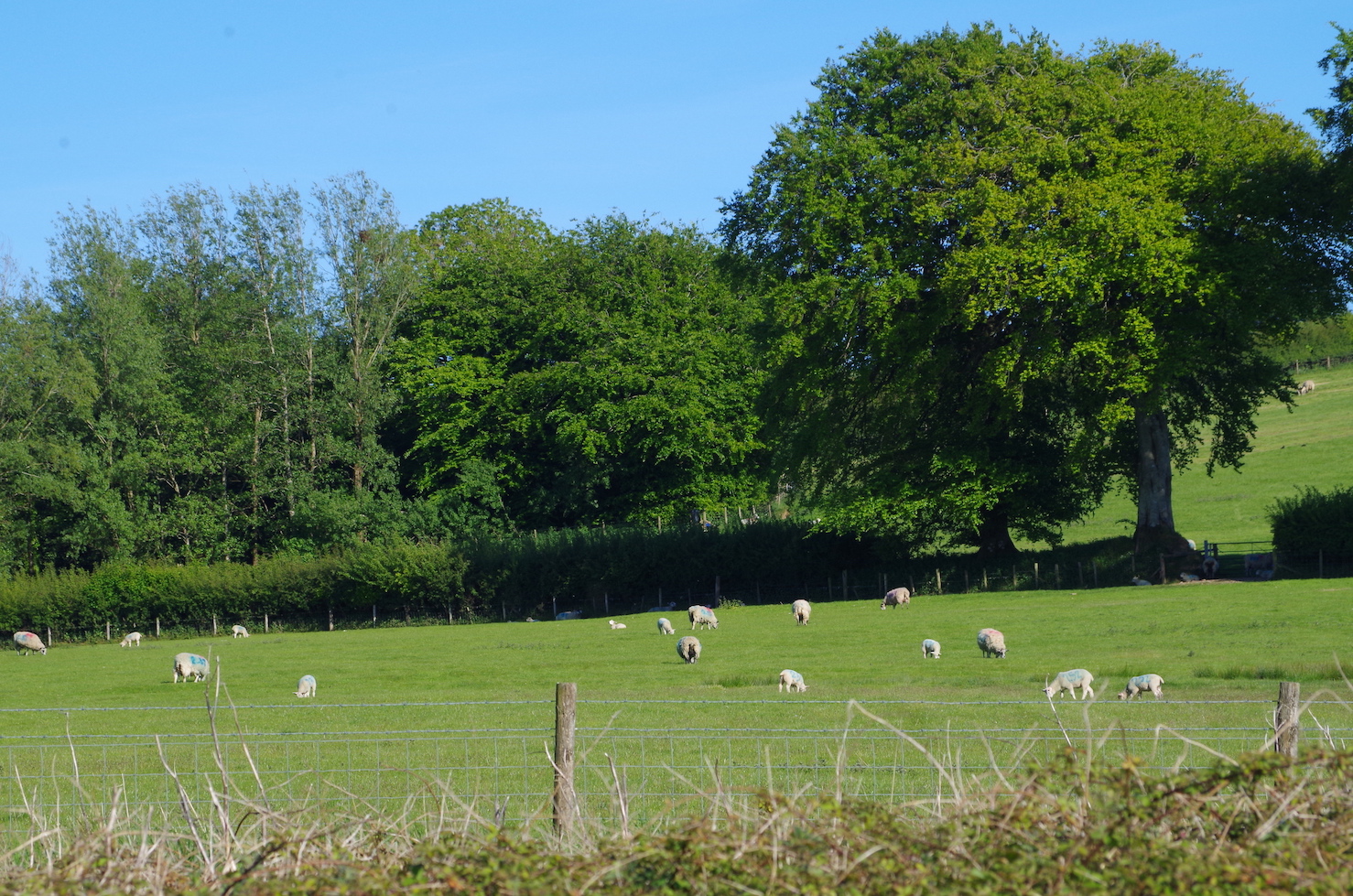 The walk to the lake along a buttercup lined footpath with young lambs playing in the fields was a delightful start to the afternoon and it was truly good to be alive and out in the English countryside.

I set up a floating line and a team of imitative patterns, a gold-head PTN on the point, a buzzer on the middle dropper and a diawl bach on the top dropper. I was surprised just how far the reservoir had dropped since my last visit back on opening day on March 1st when the lake was full to the brim.

Wading out into the cool clear water I extended the line across the water. Paused to allow the flies to sink a little and started a slow figure of eight retrieve. I expected a pull at any second as I settled into the session. Swallows and martins swooped over the water and birdsong resonated all around. 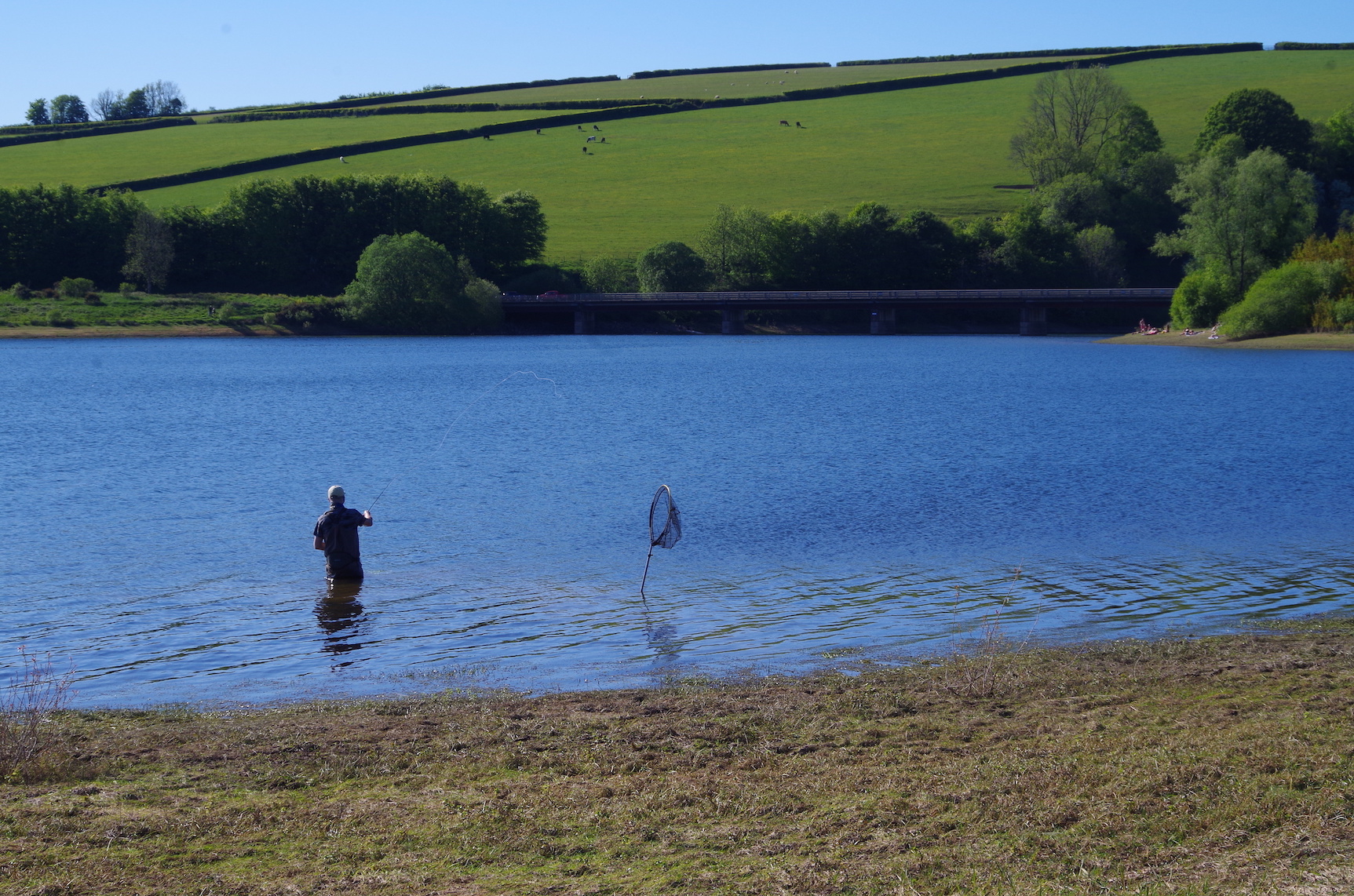 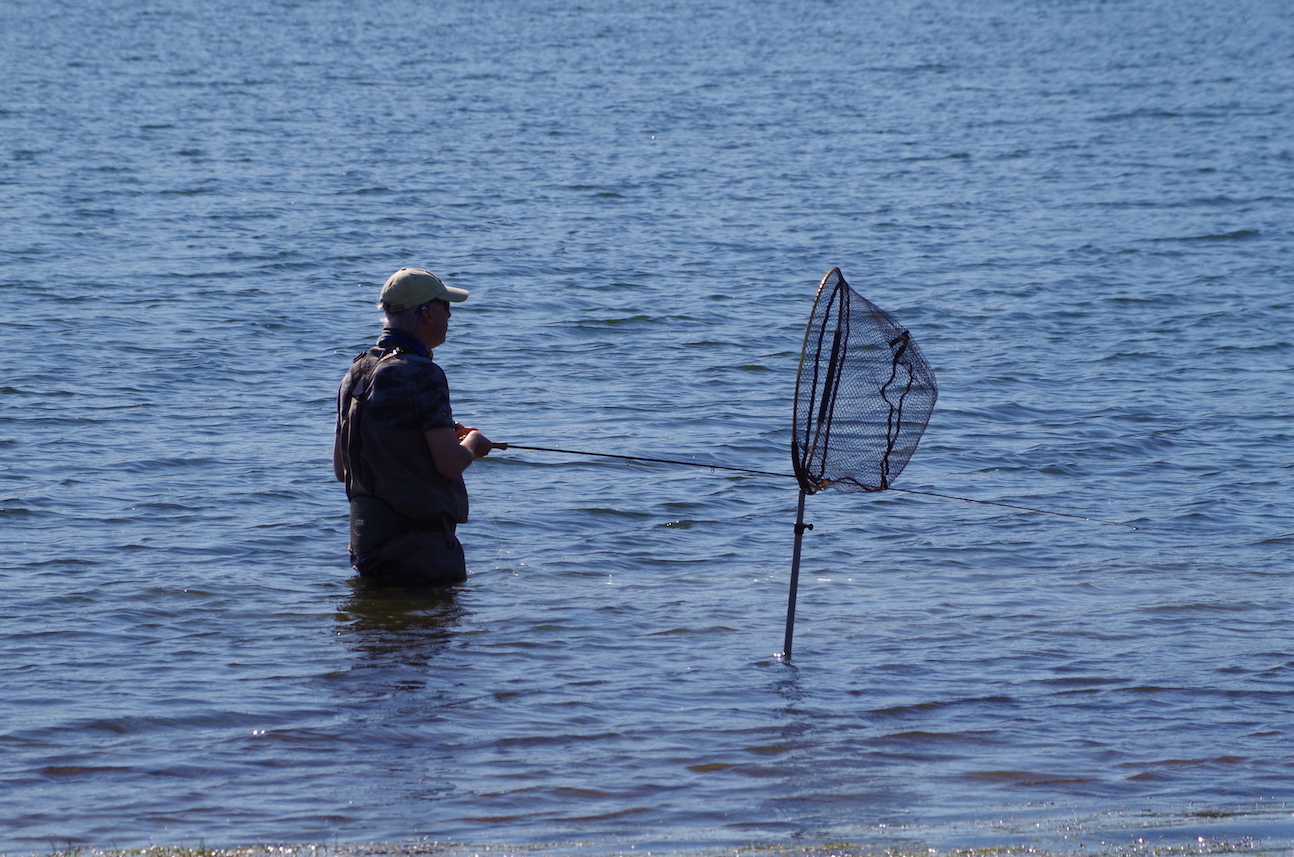 I kept an eye on other anglers around the lake and caught sight of the occasional bent rod and flurry of foam as a fish neared the net. After about an hour starting the line zipped tight and a hard fighting rainbow of around 3lb posed for the camera. 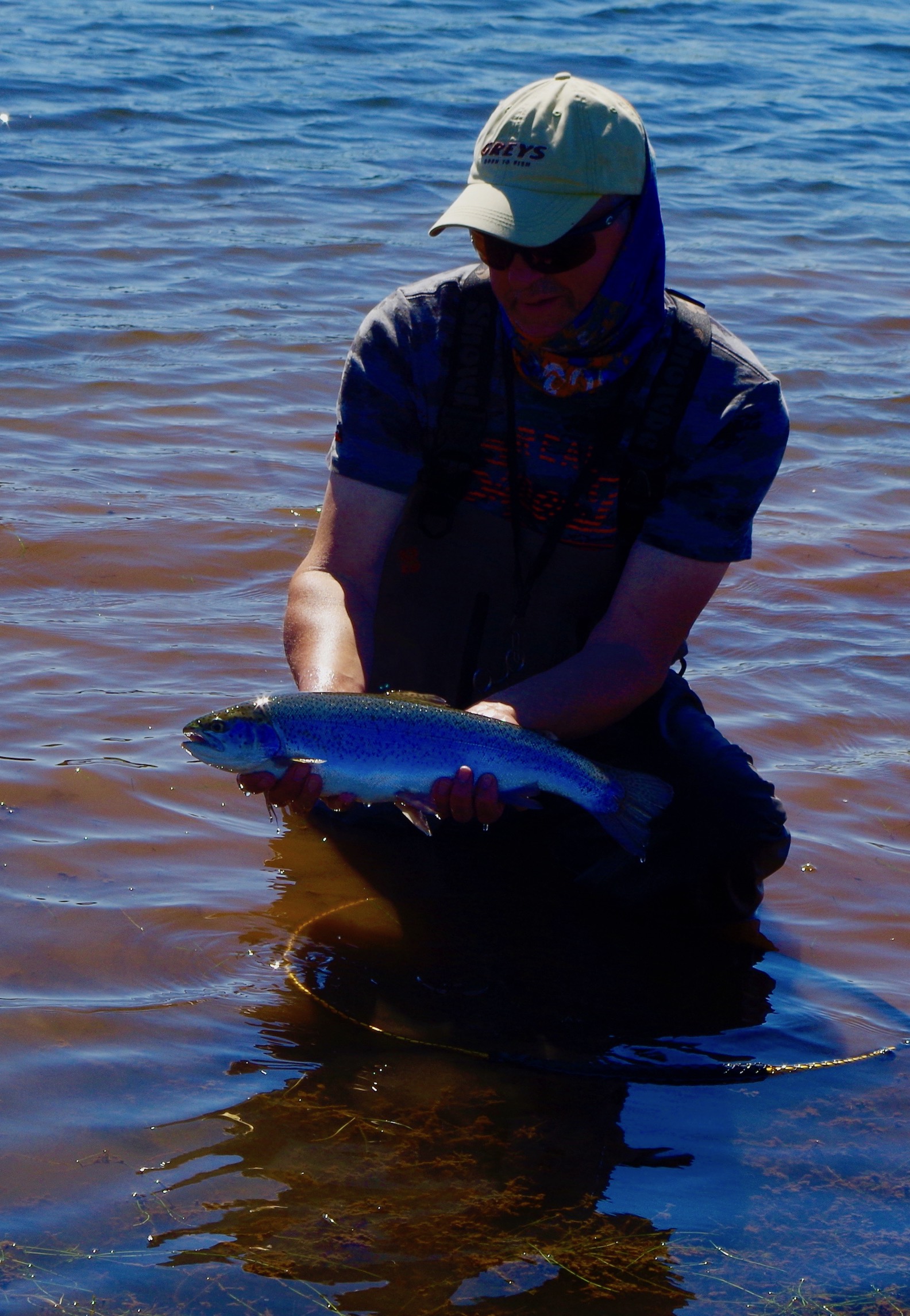 I fished on optimistically changing the flies from time to time but sticking to the slow imitative approach because that is what I had expected to work. 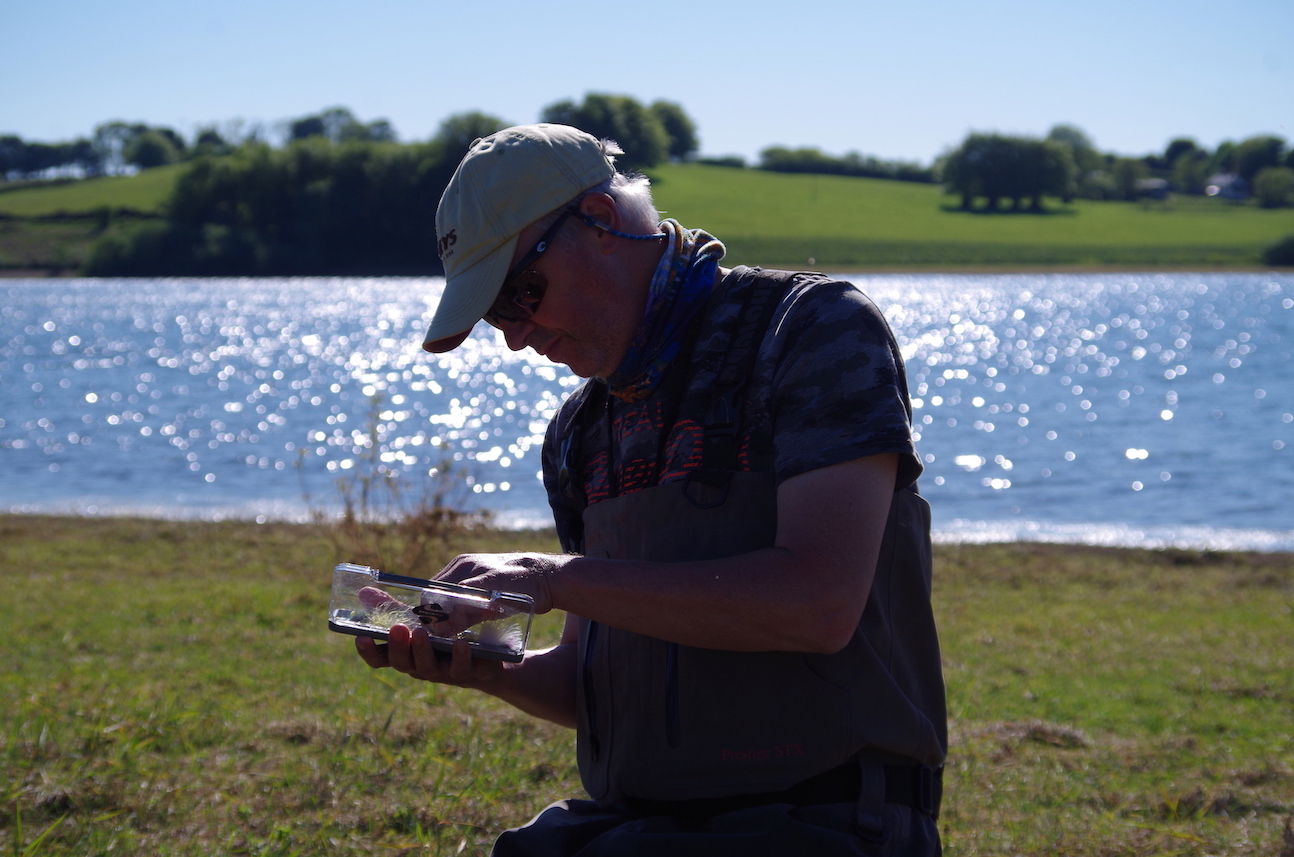 Slowly as the afternoon slipped into evening I began to lose some of that early confidence. Whilst the occasional fish rose further out it was clear that the hoped for evening rise was not going to happen. 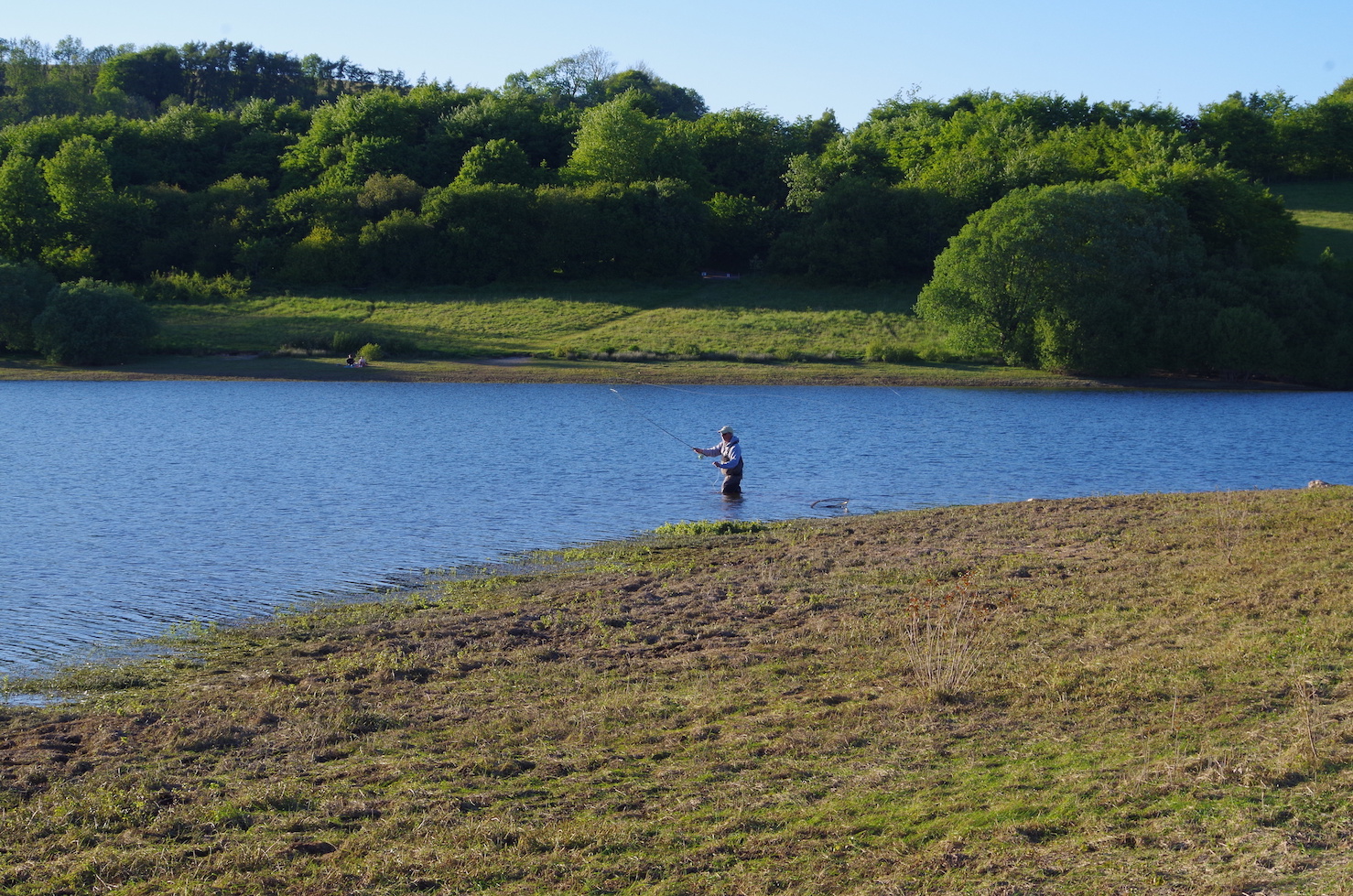 I should perhaps have changed to slow sink line and gone deeper with a lure but on this occasion I had perhaps become too content just enjoying the day going through the motions of fishing the fly.

I drove home as the sun set over Exmoor thinking of my return to the lake in the not to distant future.