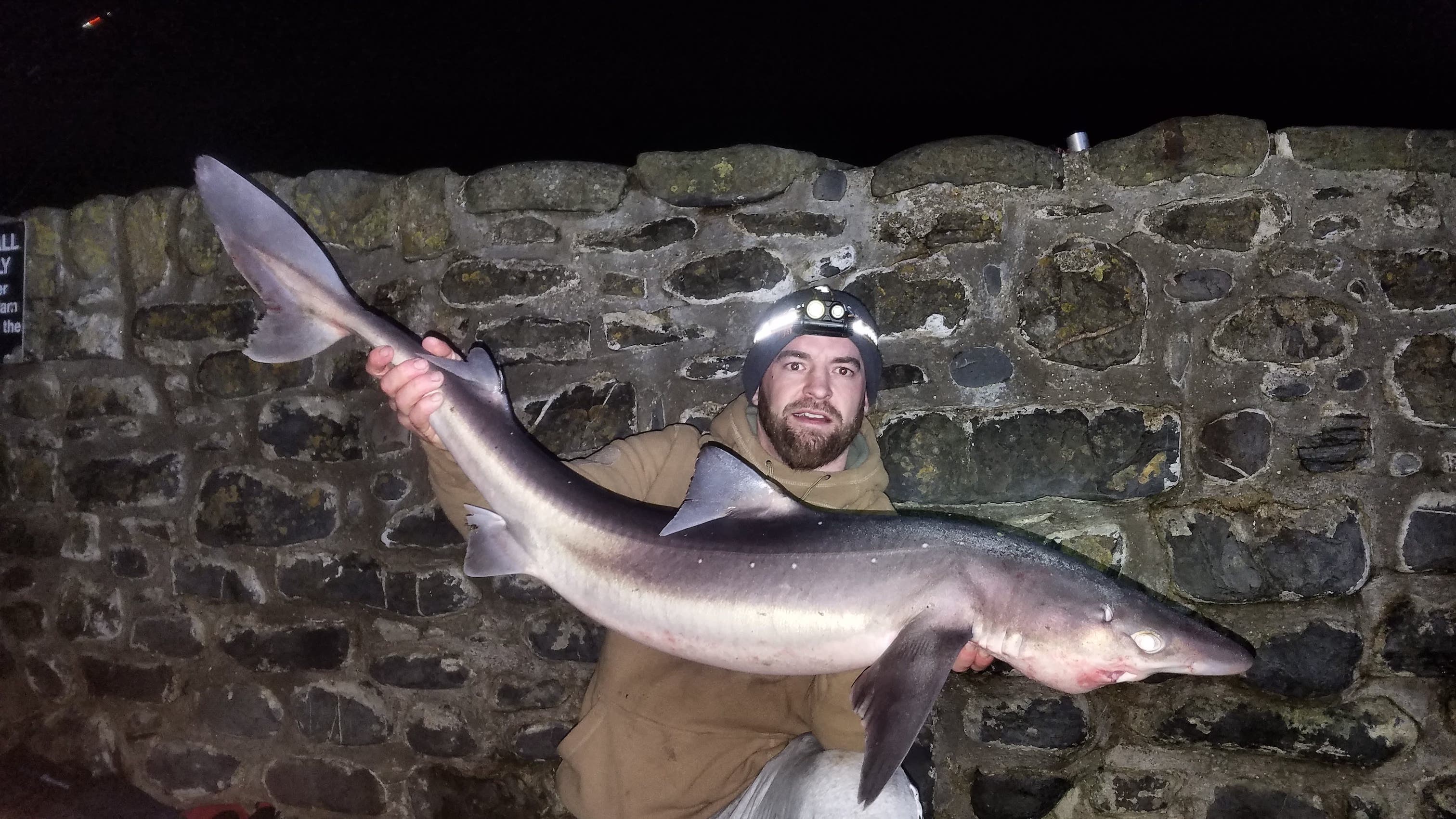 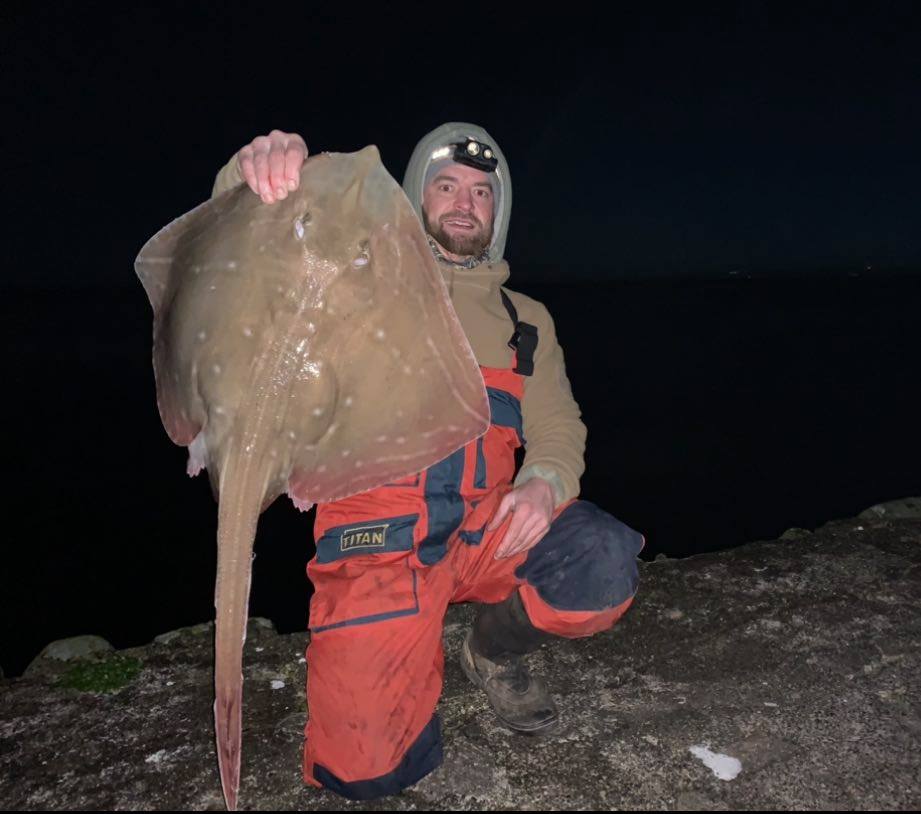 Focus on Barnstaple and the Taw Estuary 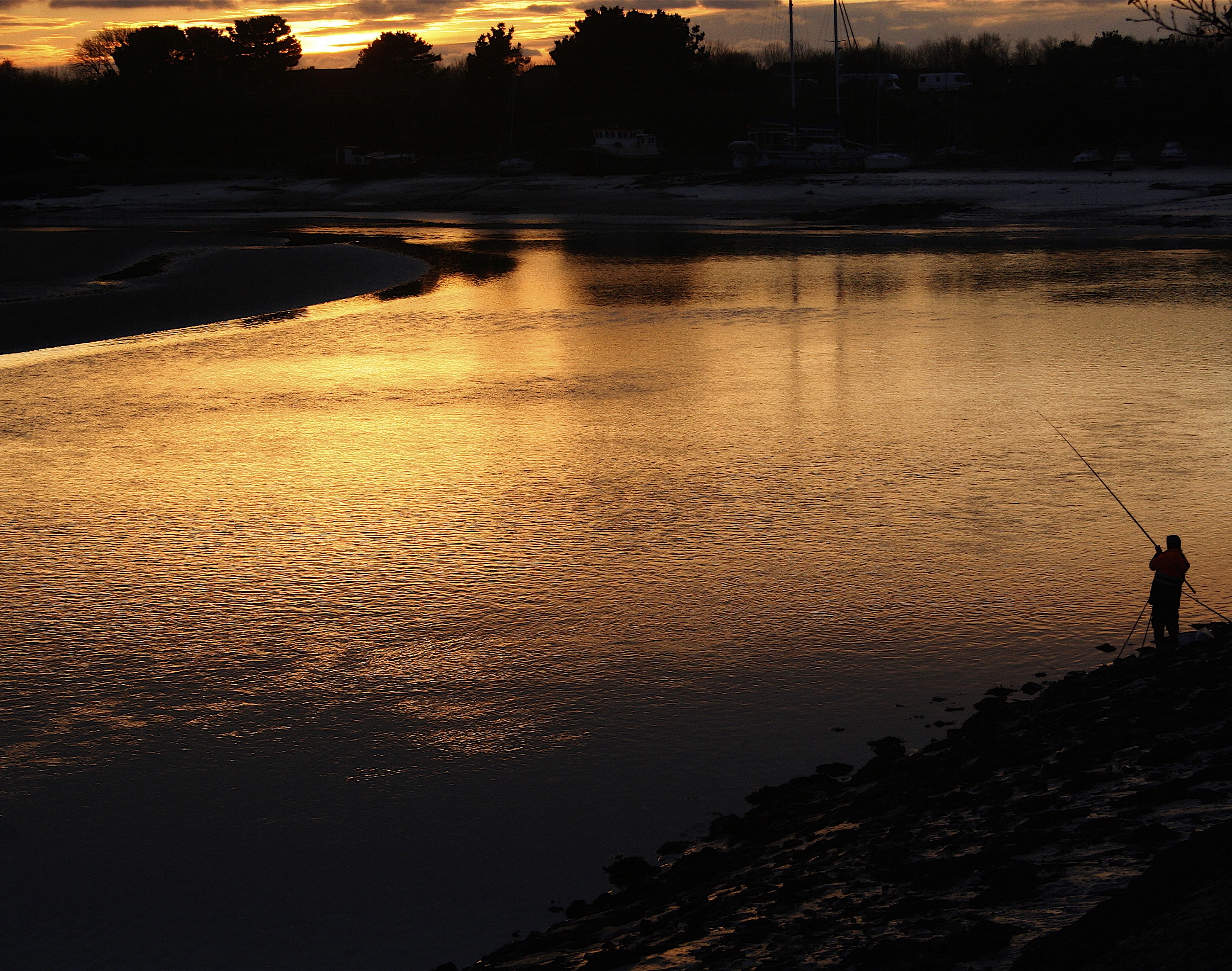 The market town of Barnstaple straddles the River Taw that meanders from its sources on Dartmoor and Exmoor to converge with its sister River Torridge before flowing into the lower Bristol Channel. There are many opportunities for the angler in and around Barnstaple with the estuary providing sport all year for a variety of species.

The Autumn is very popular with flounder anglers whose season traditionally kicks off around the time of the towns famous fair that visits the town in mid-September. The humble flounder offer relaxed fishing from Rock Park above the towns bridge down to Fremington Quay and beyond.

During the summer months the upper estuary provides good sport with thin lipped grey mullet that can be tempted using spinners baited with ragworm on light tackle. Thick lipped grey mullet are also present in the estuary and provide a real challenge for anglers prepared to persist with light tackle and freshwater tactics.

Bass can be caught throughout the estuary from April until late autumn with the lower estuary proving most productive with a variety of tactics working. Fly-Fishing for school bass has become increasingly popular with large numbers of these silver flanked sport fish caught. Lure fishing is also very popular with a wide range of patterns bringing success.

The lower estuary also holds increasing numbers of gilthead bream with fish of over 5lb caught each season to anglers using small crab or worm baits. May through until early autumn is probably the best time to target these hard fighting fish.

During autumn and winter the lower estuary once produced good catches of codling and these fish are still occasionally caught but sport is a shadow of what it once was. During the 1970’s several outsize cod were caught from Crow Point the best over 30lb.

Recent seasons have seen smoothound and dogfish caught in the Lower estuary.

The estuary around Braunton where the River Caen flows into the estuary also brings success for anglers targeting grey mullet and bass. 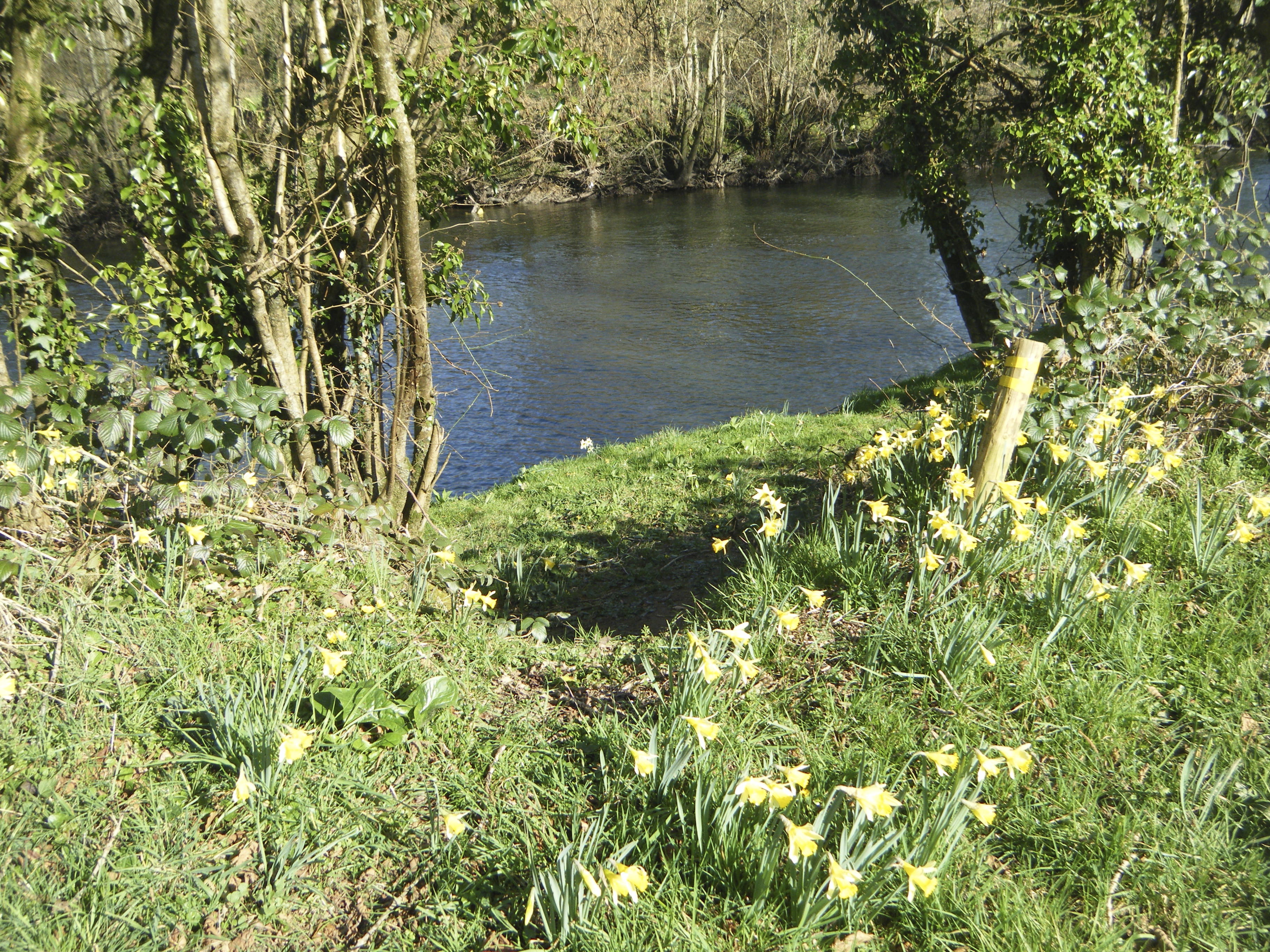 The River Taw is an iconic game fishing river famous for its salmon and sea trout fishing. Whilst much of the river is Privately owned day tickets are available via the Rising Sun at Umberleigh and via the West Country Passport Scheme. The Barnstaple and District Angling Club gives access to water at the top of the tidal section of the river at a very reasonable cost. Day Tickets can also be obtained at the Fox and Hounds, Eggesford and from Highbullen Hotel., Chittlehamholt.

For information on the Taw visit the River Taw Fishery Associations website. http://www.rivertawfisheries.co.uk/index.html

Brown trout are to be found in the majority of rivers in the Barnstaple area and can provide great sport on light weight fly tackle. In some instance’s permission can be obtained by asking the landowner. The Lower Taw has water available via the Barnstaple and District Angling Club. The West Country Angling Passport provide access to some fine trout fishing via their Token scheme: –  westcountryangling.com

The Stillwater Trout anglers is well catered for with two of North Devon’s top fisheries located within five miles of the town.

Blakewell is a well established trout lake situated just off the B3230 road to Ilfracombe. 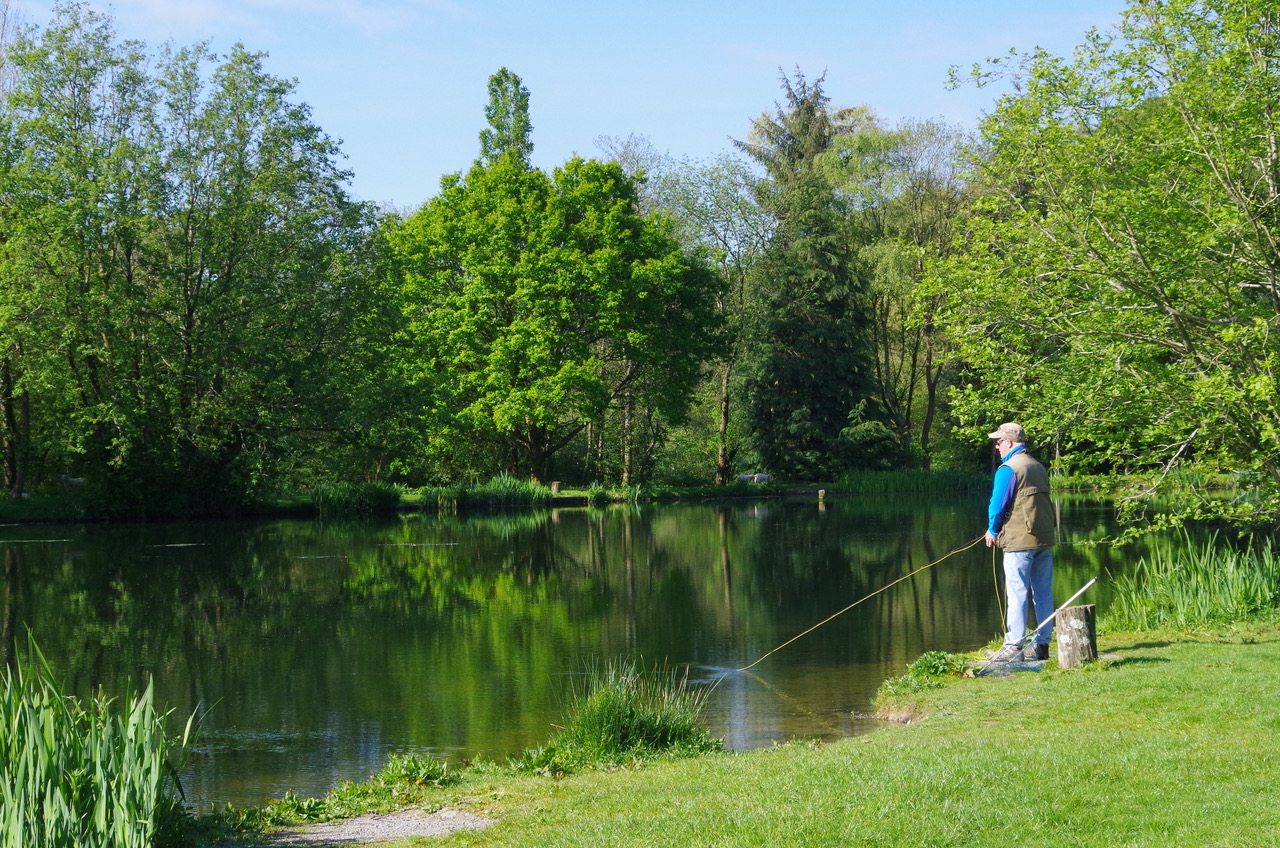 The fishing lake is generally crystal clear and is well stocked with quality rainbow and brown trout to specimen size. Additional stocking is also made with both spartic trout and tiger trout.

The fishery is an ideal venue for both the experienced fly fisher or the novice with fish responding to a wide variety flies. Small imitative patterns are generally favoured with floating fly lines effective throughout the year even during the depth of winter when longer leaders and bead headed nymphs a wise choice.

There are two main day ticket options available including a catch and release option that allows the first two fish to be retained with fishing then allowed on a catch a release basis for the remainder of the day. A standard five fish ticket entitle the angler to retain five fish and then stop fishing.

The fishery has well stocked tackle shop on site that sells a variety of flies suitable for the venue and a range of tackle from West Country Tackle company Snowbee. The tea room is open throughout the day with delicious cakes, tea and coffee to enjoy during a break from the fishing.

The few miles North of Barnstaple is Bratton Water situated in a steep wooded valley it is well sheltered from most winds and boasts crystal clear water and some stunning brown trout that can often be tempted on dry flies or small nymph patterns. This water is also suitable for novice or experienced fly fisher with its small acreage proving less daunting than the larger reservoirs. 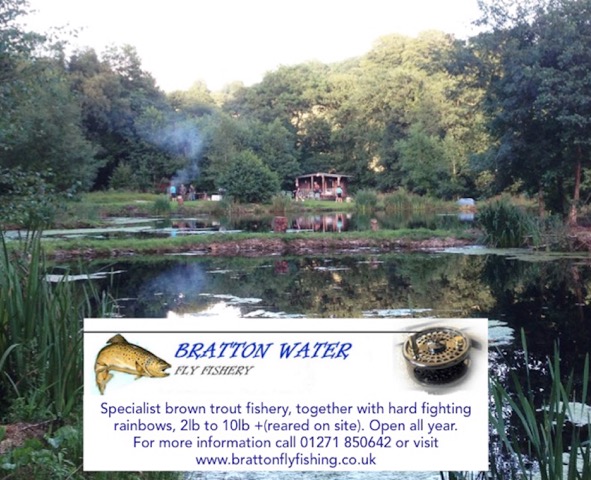 There are numerous Coarse Fisheries in the Barnstaple area including Furzebray Near South Molton a fishery that has a well-deserved reputation for producing some stunning carp approaching fifty pounds. 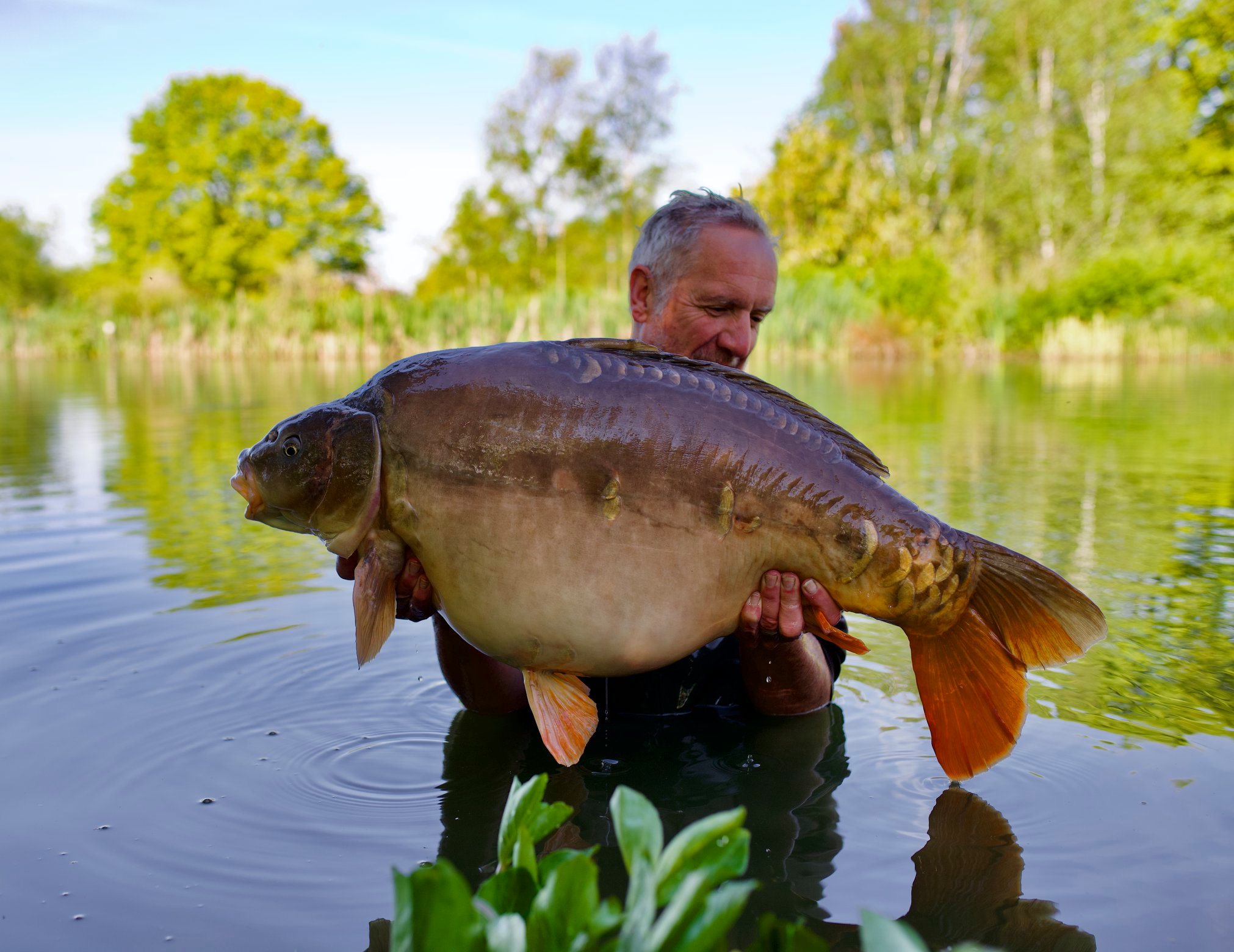 Hacche Moor Fishery near South Molton opened to day ticket anglers in April 2019 and has already produced carp to well over thirty pounds. 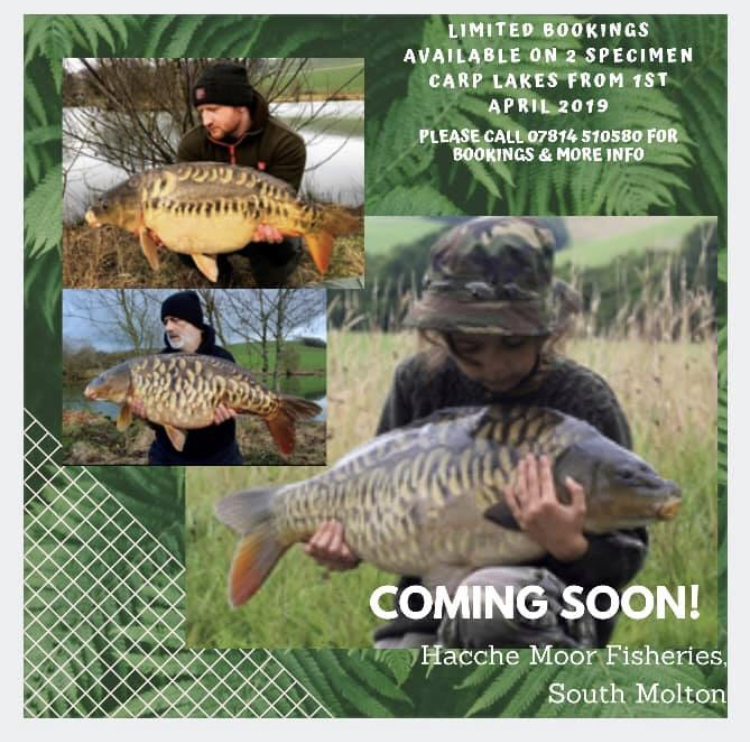 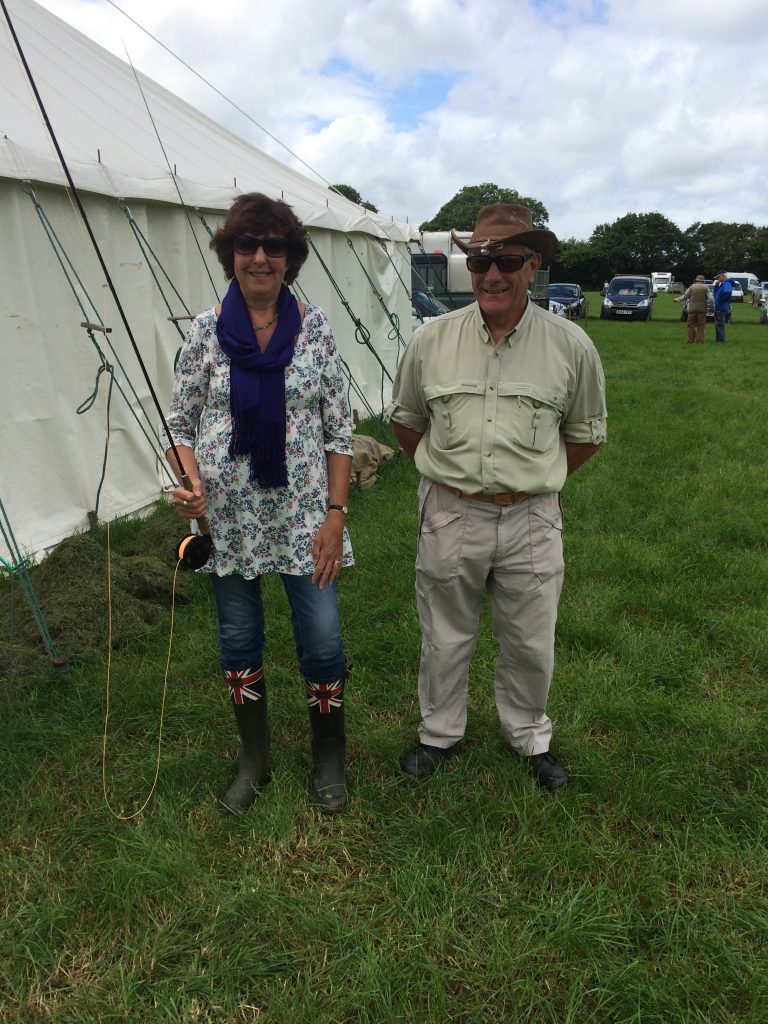 We visited today’s North Devon Show enjoying a great day among the crowds. Driving over the River Taw on route to the show I of course noticed that the River was up and colored and out of order for fishing; should be perfect by the end of the week! Angling was unfortunately a little low profile at the show though we did find Fly-Fishing represented by the Salmon and Trout Conservation UK, formerly the Salmon and Trout Association. In a rural area like North Devon that has so much fishing on offer its seems strange that angling is not represented more prominently. My wife Pauline did  however take advantage of some Fly Fishing Tuition from Fly Casting Instructor Alan Barrow.  John Dawson was also at hand giving Instruction. If anyone is considering taking up Fly Fishing then tuition is well worth it as even a short session with an instructor can avoid developing bad habits that can last a lifetime.