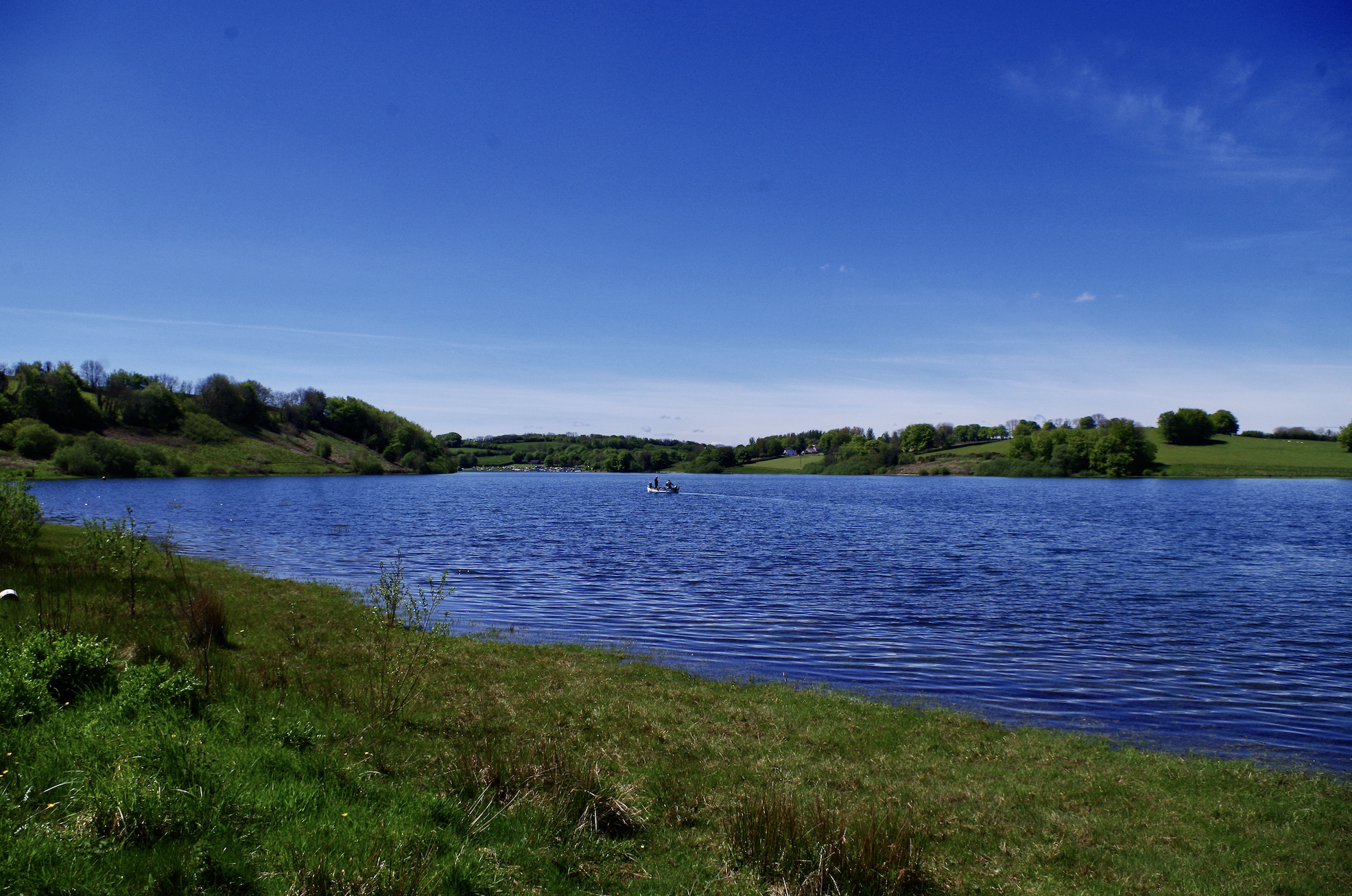 Late May is undoubtedly the best time to be in the English Countryside as natures lush greenery takes on that fresh vivid green hue that lasts a few fleeting weeks. The country lanes are lined with delicate white cow parsley and an abundance of late spring and early summer flowers.

Pauline and I were taking a short break on Exmoor. I was indulging in a few hours fishing at Wimbleball whilst Pauline relaxed in the sunshine and wielded the camera to capture a few images.

We arrived at the lake close to midday and set up beneath a bright blue sky as a cool breeze ruffled the lakes surface. I was surprised to see very little surface activity but elected to set up a floating line as I thought the trout would be likely to be in the upper layers. 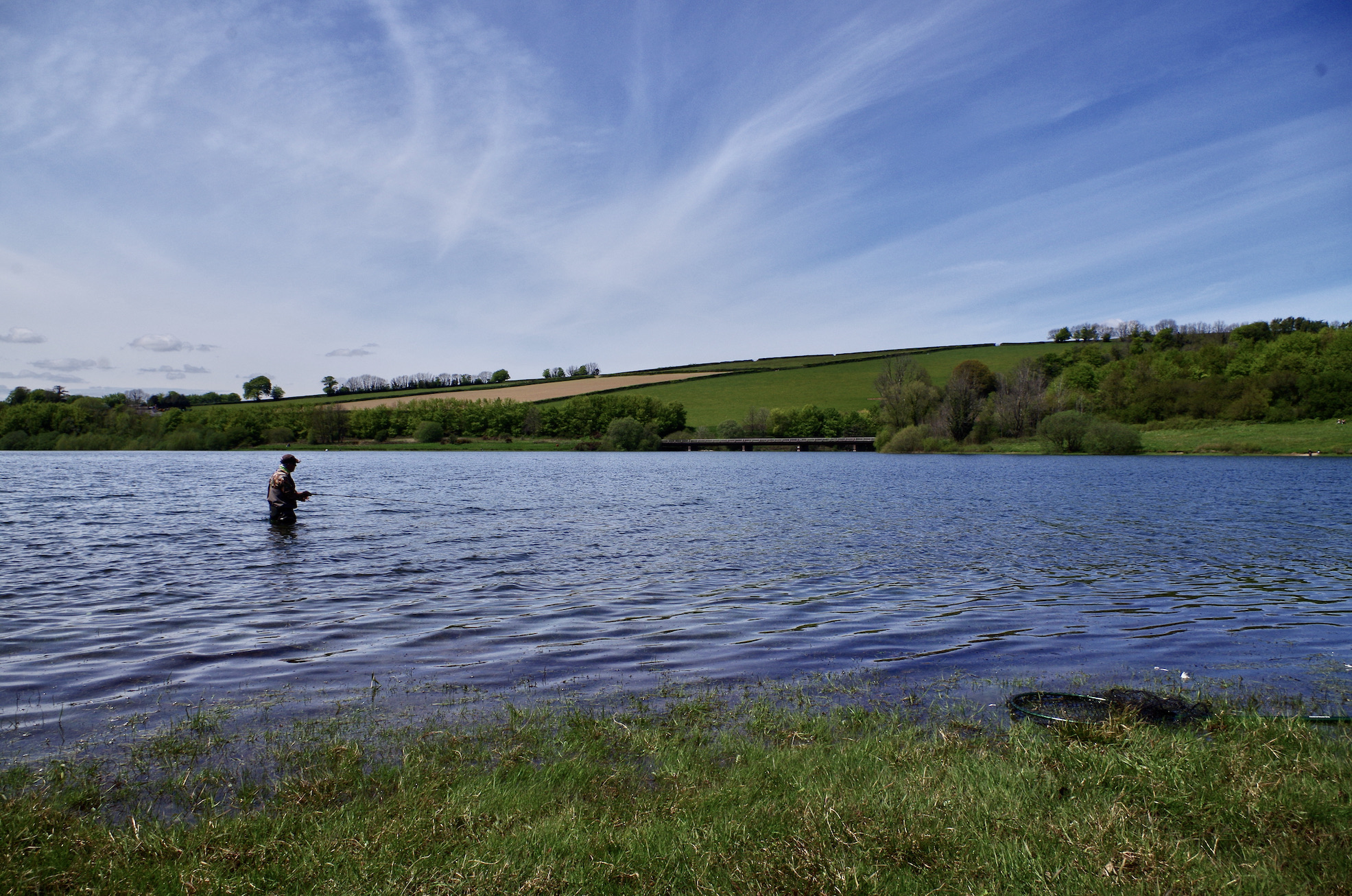 The lake had risen several feet since my previous visit a fortnight ago as a result of persistent rainfall. I fished a team of three flies on a 12ft leader using a Montana on the point and two buzzers on the droppers. After twenty minutes without a pull, I changed to an olive damsel on the point and speeded up the retrieve. This brought an immediate response with a small wild brownie coming adrift after a brief tussle.

After a short  coffee break I again changed tactics extending the leader around four feet and tying a bead headed buzzer to the point, a diawl bach to the middle dropper and a bright yellow blob to the top dropper. I cast this out and fished a very slow retrieve just keeping the line tight and watching the tip for movement. 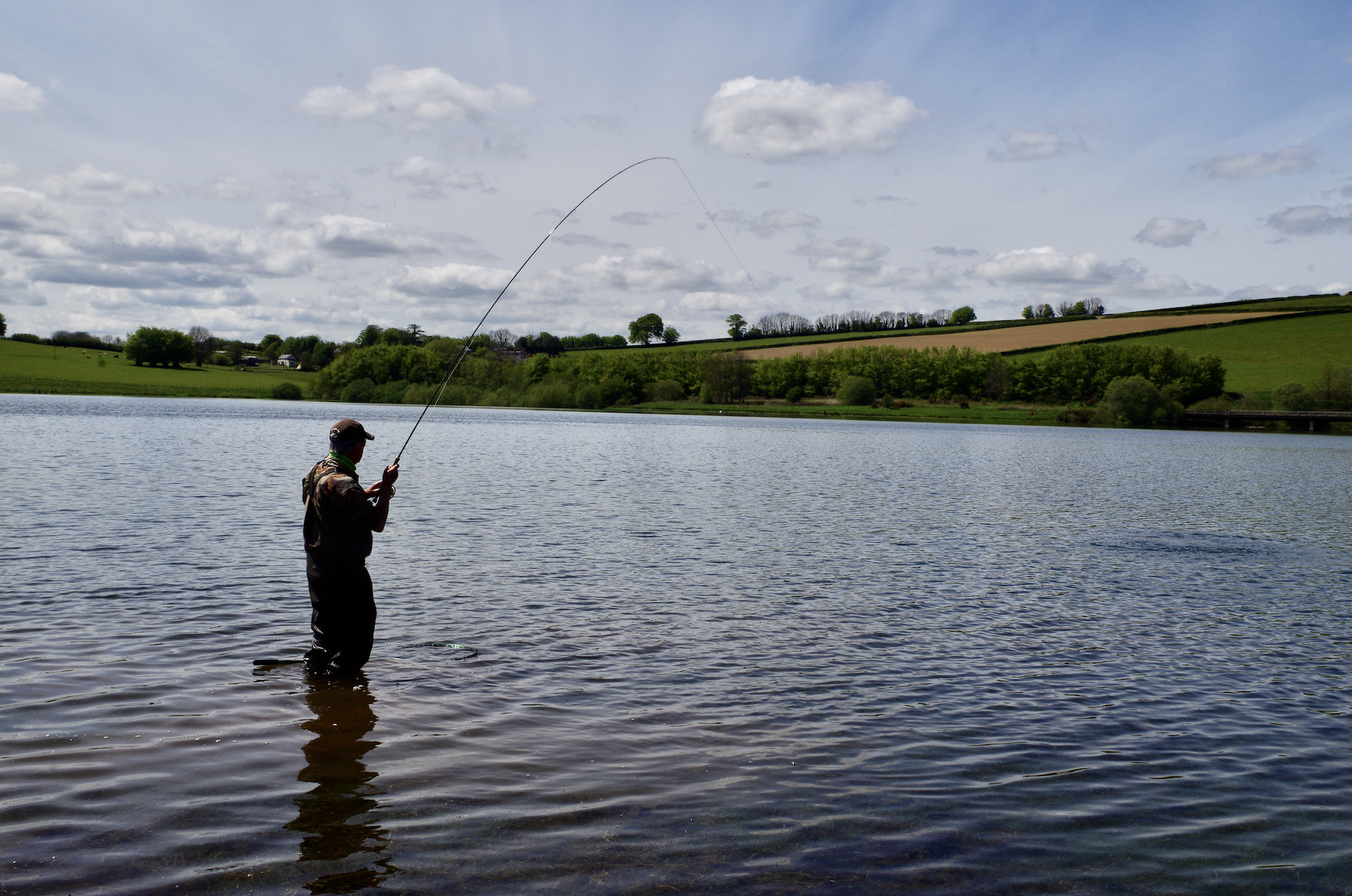 After five minutes the line zipped tight and a rainbow erupted from the surface in a flurry of spray the reel singing as line evaporated through the rings. A handsome full tailed rainbow was eventually netted and admired. 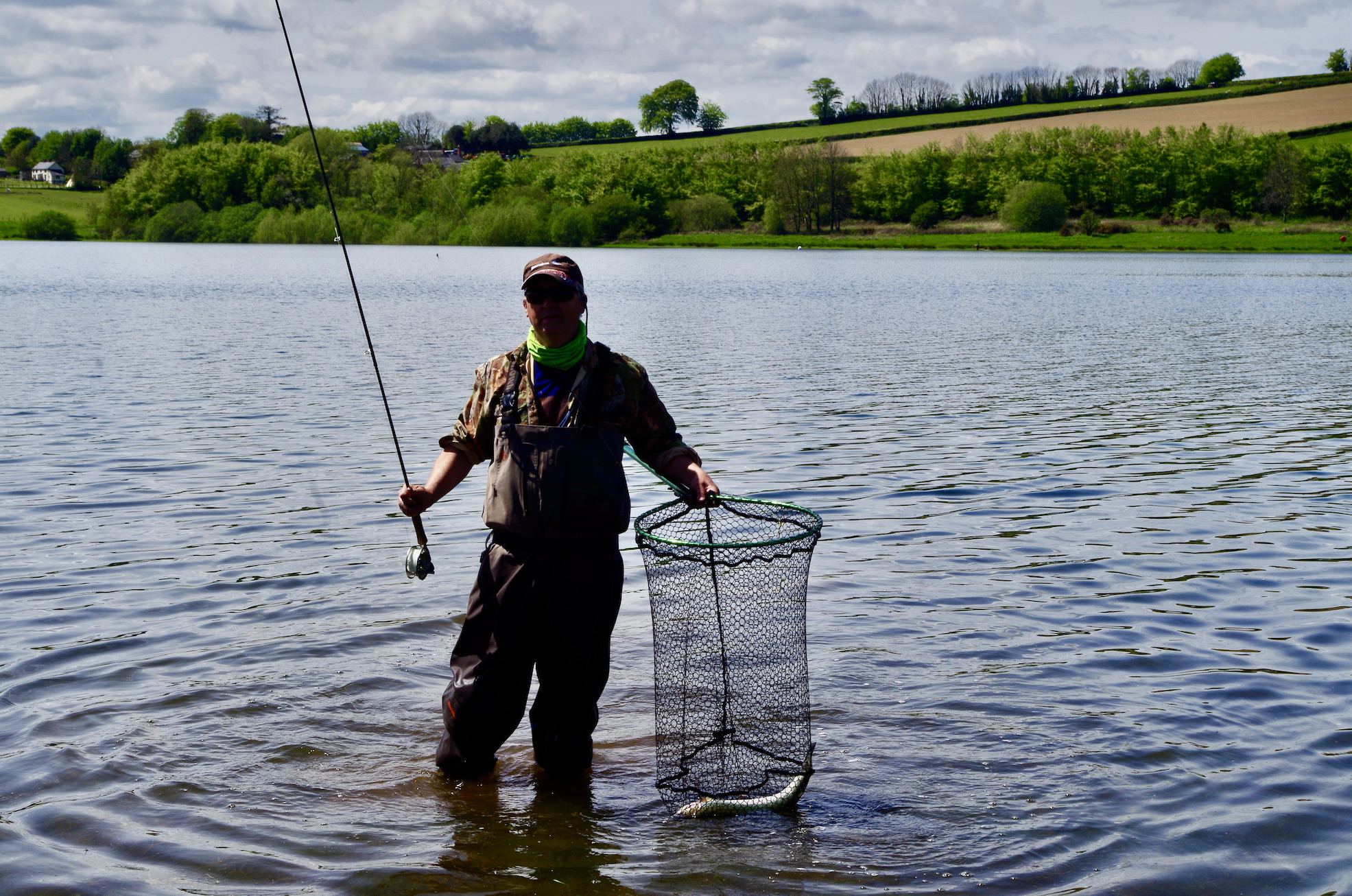 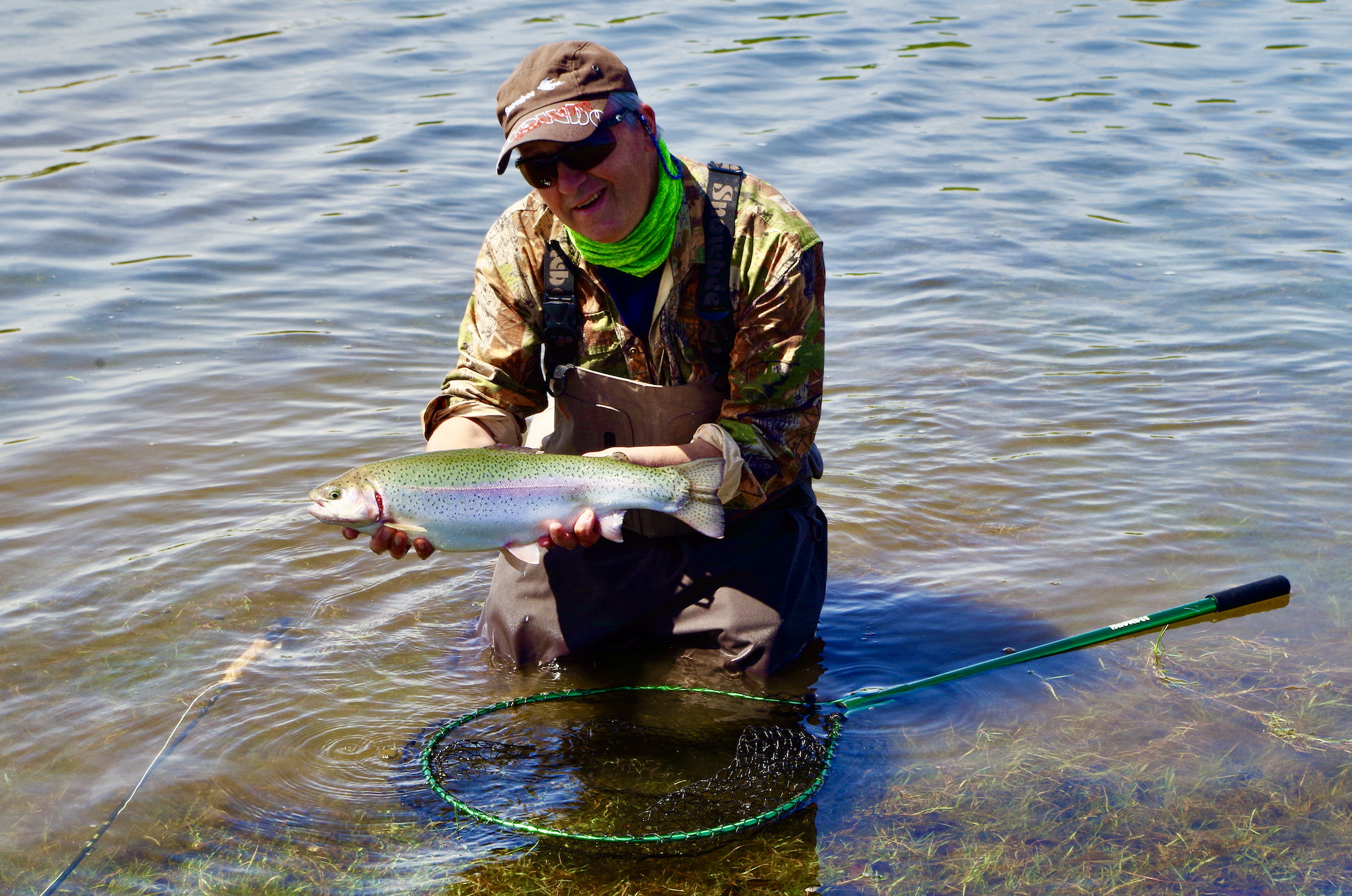 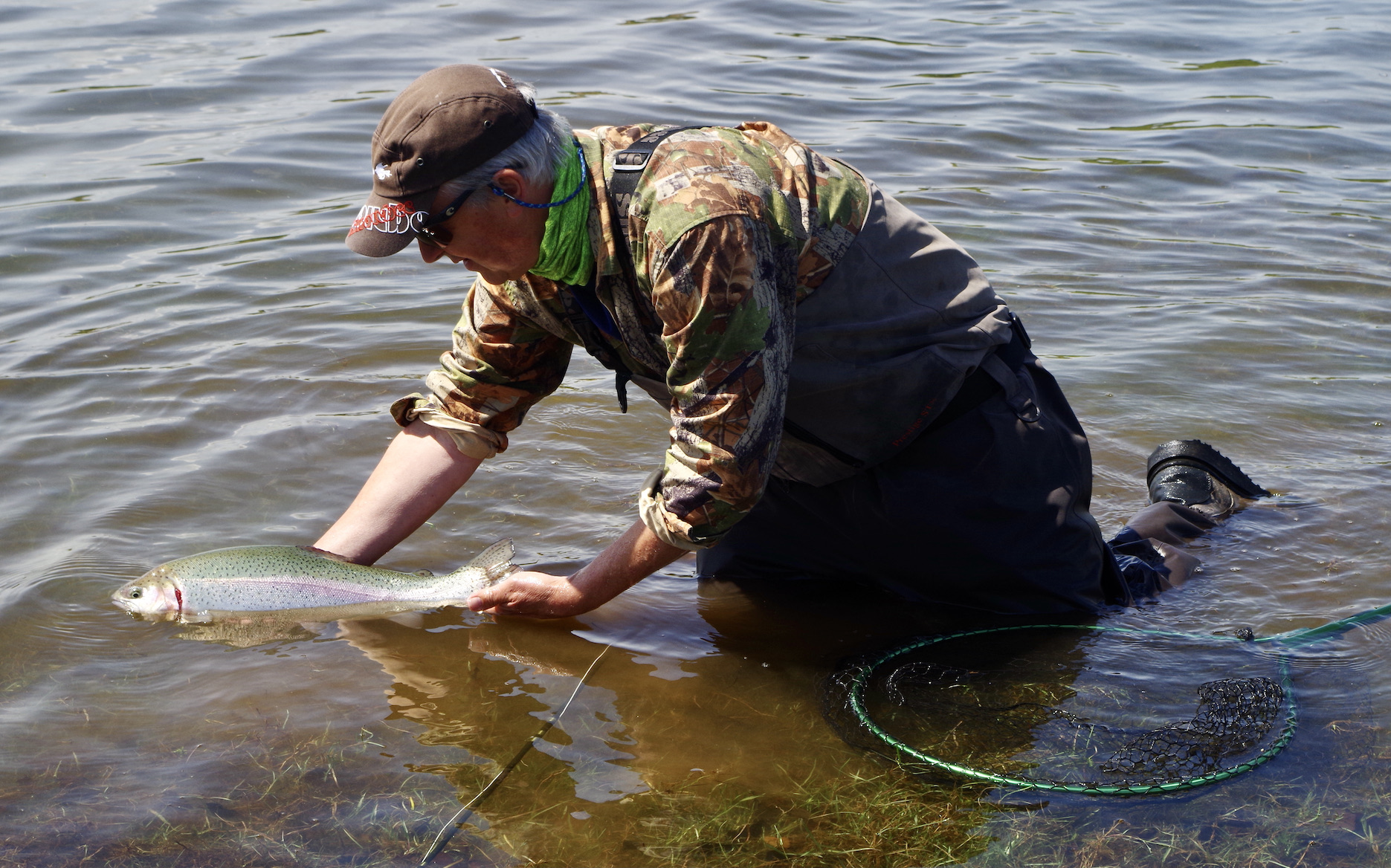 The next three hours saw me bank five more trout to over five pounds all of them giving thrilling battles in the clear water. It was satisfying to have once again found the right tactics for the day which is after all what this wonderful game is all about. 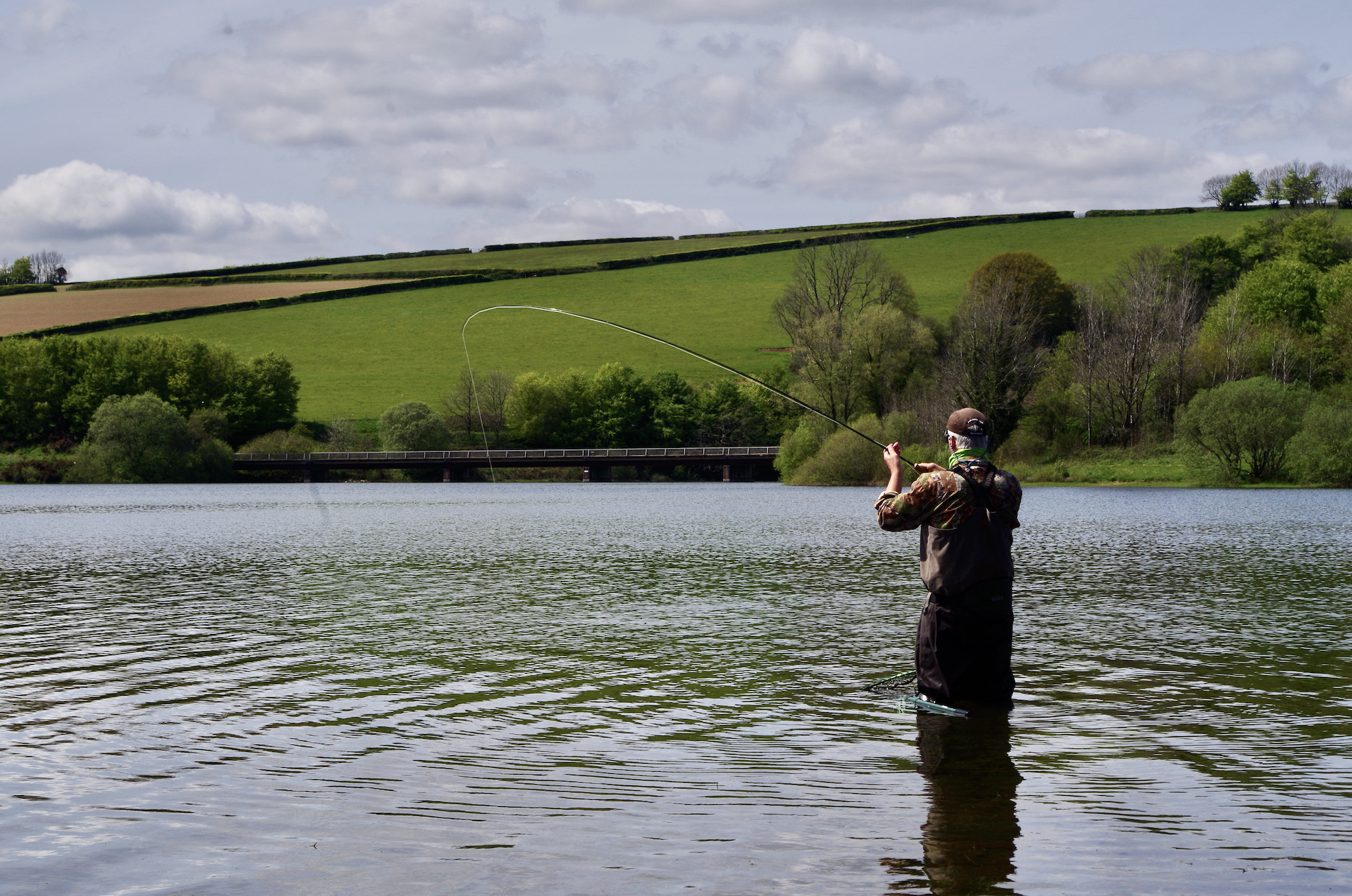 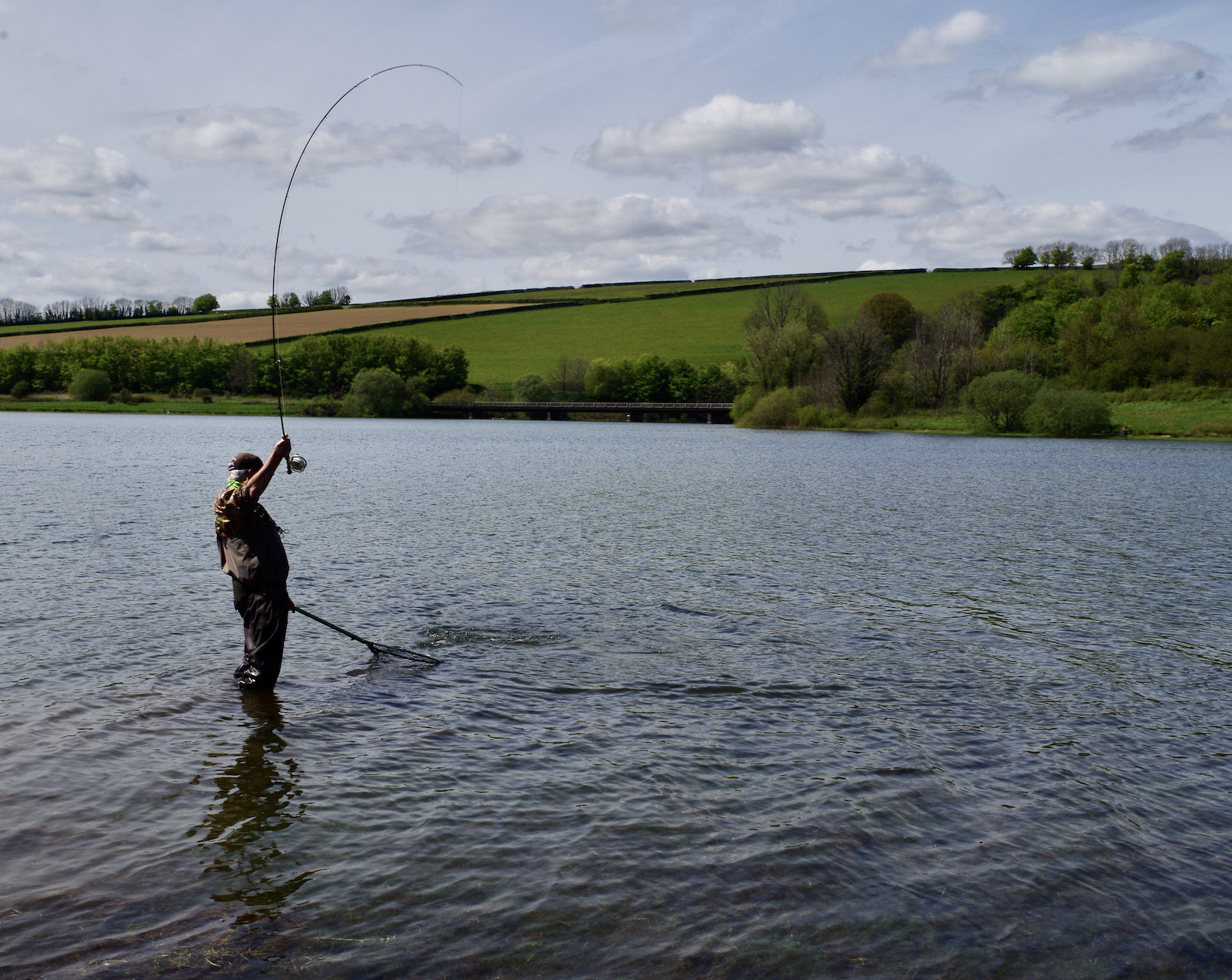 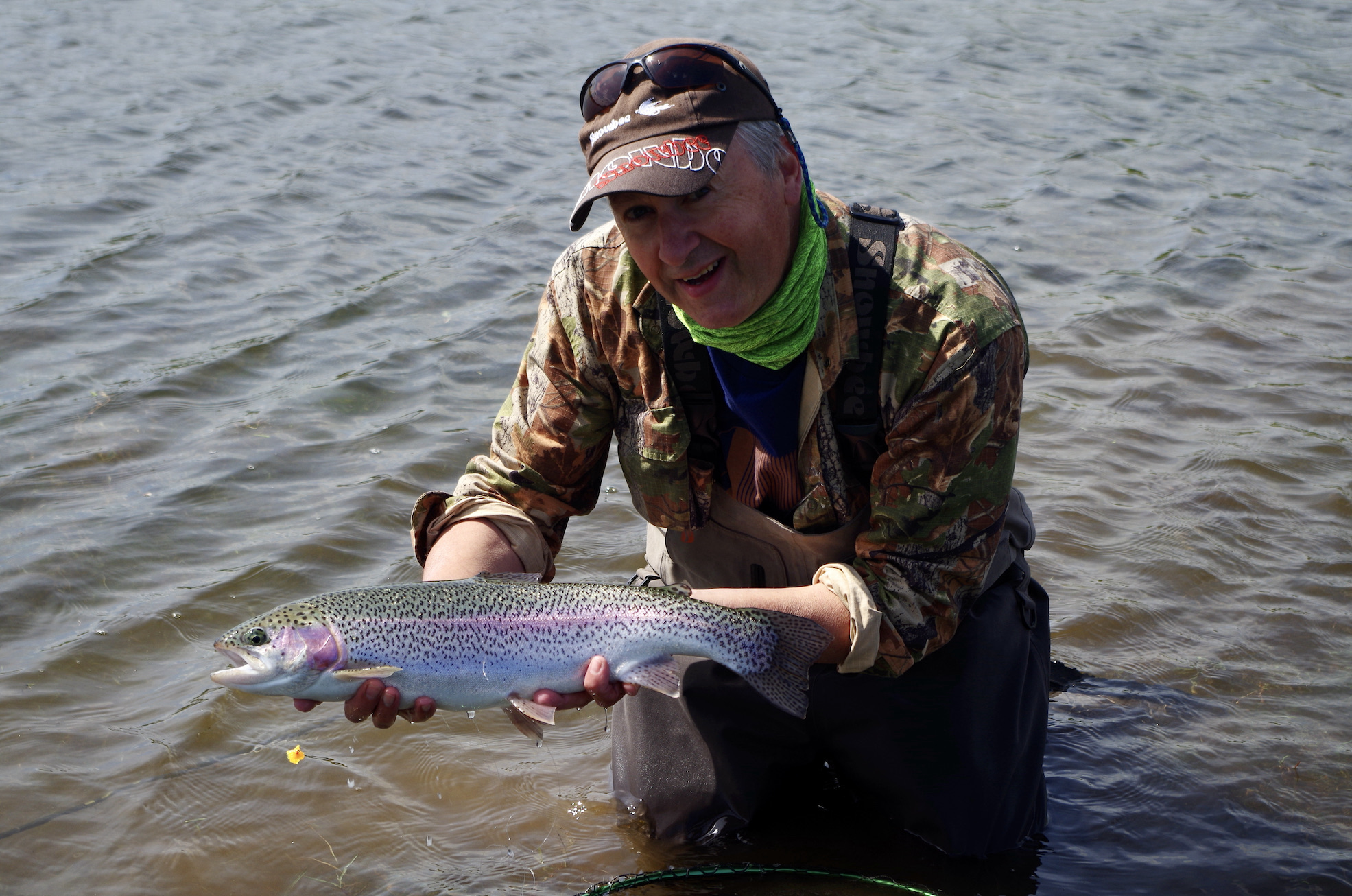 We packed up late afternoon and headed to the George Inn at Brompton Regis that is now in the capable hands of Trudi and Mark Underhill. This delightful historical country Inn oozes history and has been carefully renovated to retain its character. Our large room looked out over a splendid Exmoor landscape as swifts and swallows swooped around this peaceful quintessential English village. 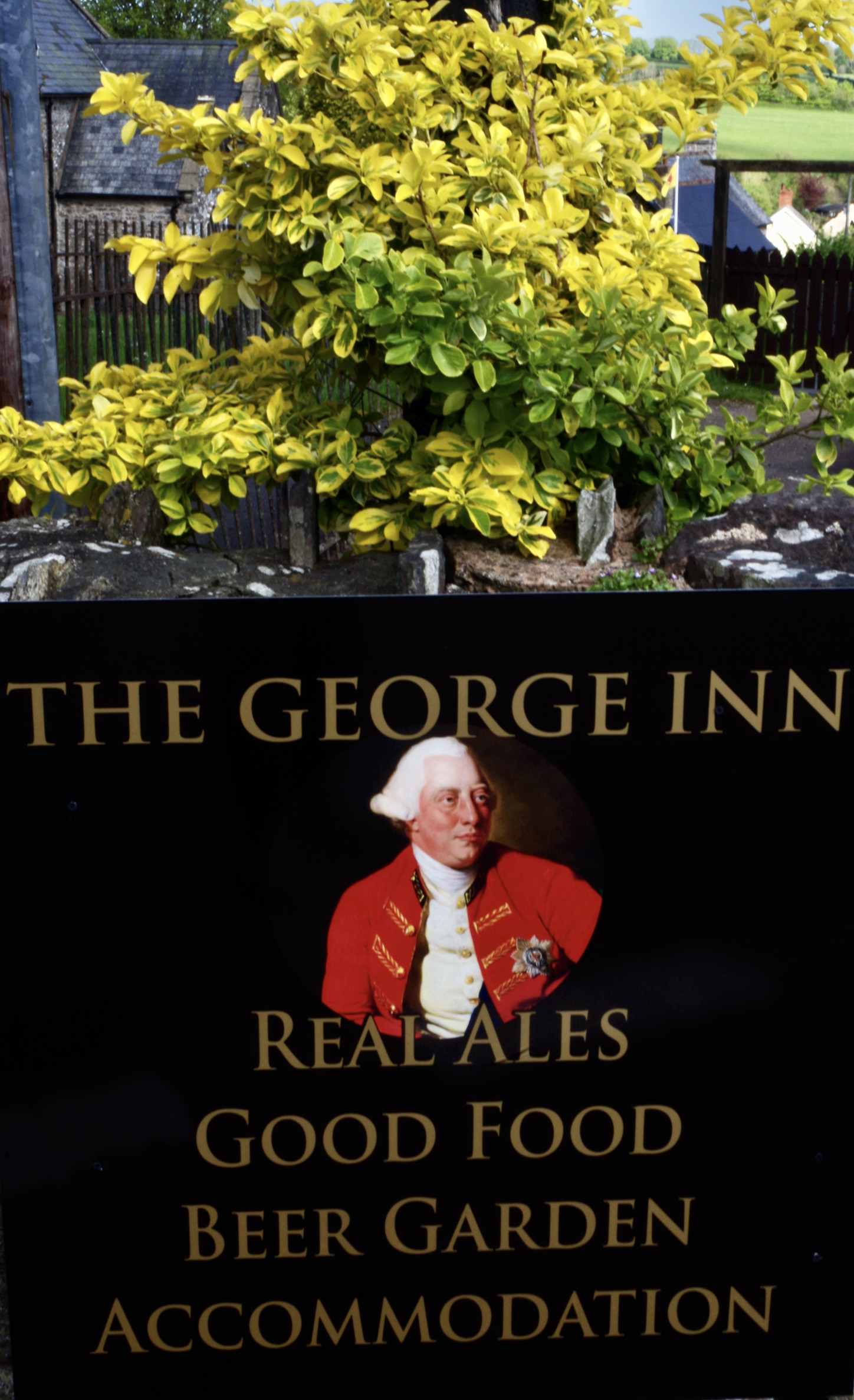 Several other anglers were enjoying an ale in the beer garden when we arrived and chatted enthusiastically about rainbow trout that took them to the backing as they drifted the lake on one of the  Wimbleball fleet of boats.

We finished our day with a delicious meal in the busy bar relishing the sounds of laughter and chat after months of pandemic induced silence.

The combination of stunning fishing for some of the hardest fighting rainbows in the West and superb accommodation close by will I am sure prove very popular over the coming seasons.