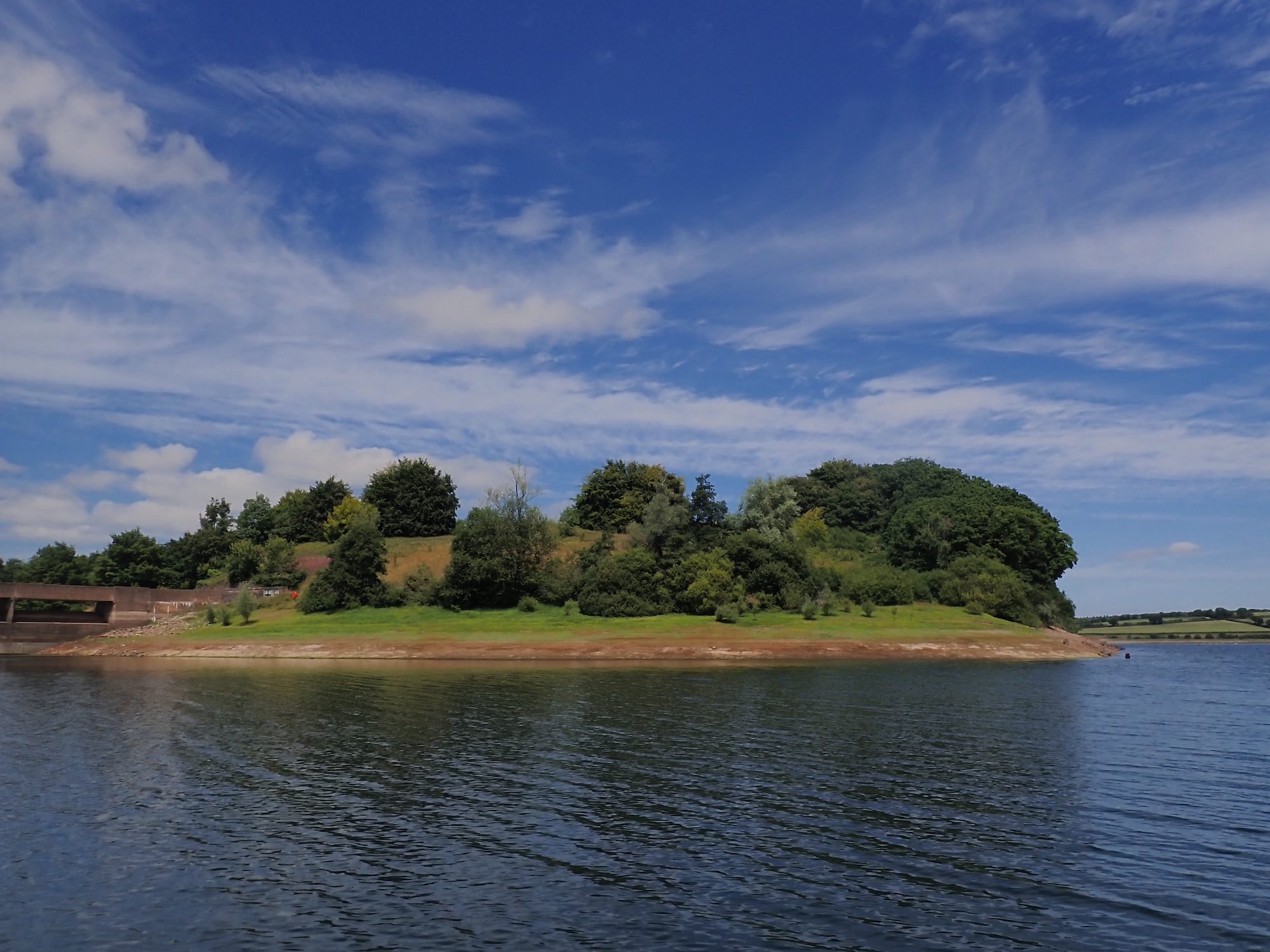 I joined Snowbee Ambassador Jeff Pearce at Wimbleball Lake to try for a summer rainbow. We knew conditions would be challenging with the long hot dry spell continuing to impact upon the lake and the surrounding countryside. 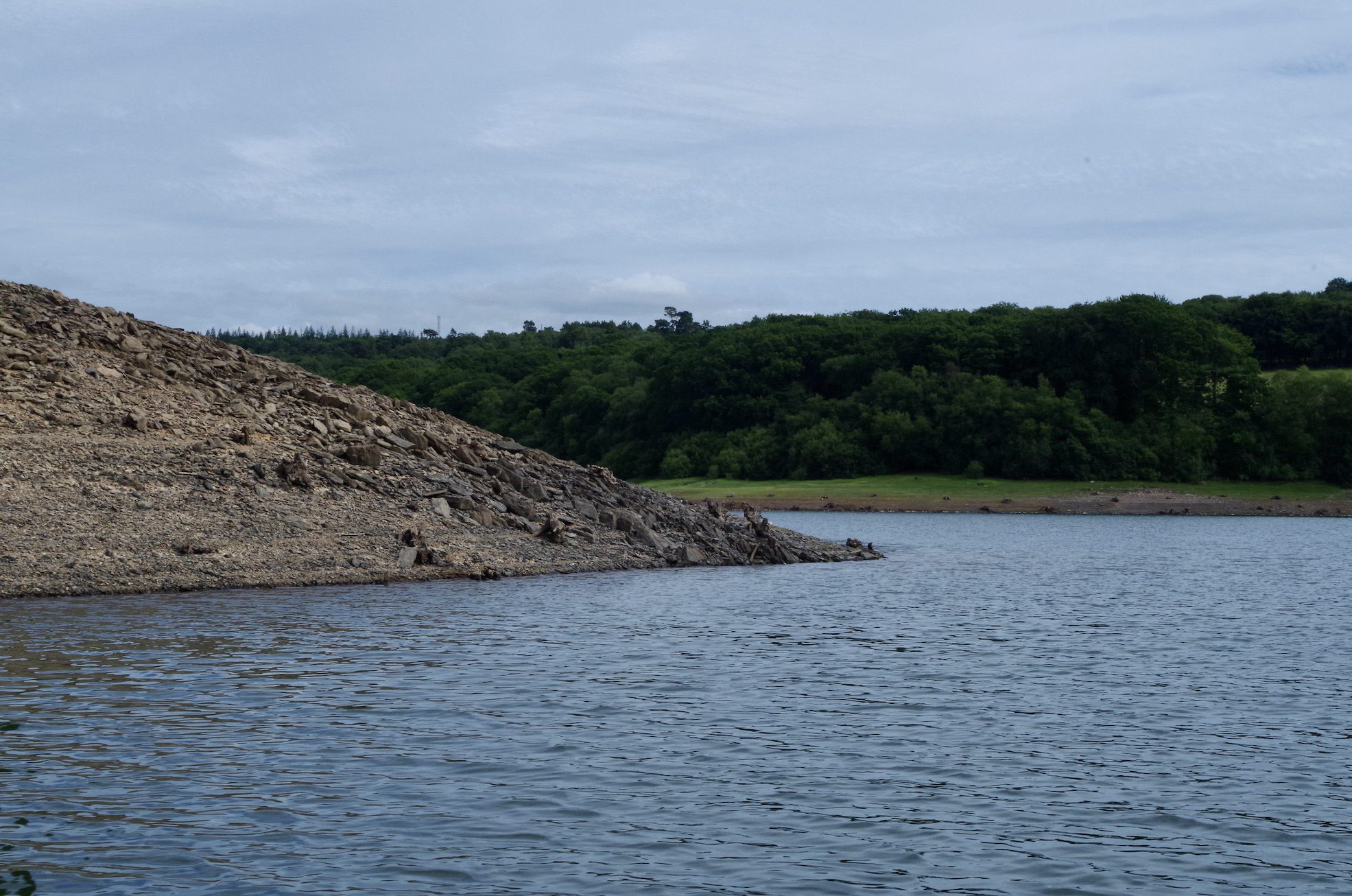 Jeff had already been fishing for several hours when I joined him in late afternoon. He had boated a rainbow of over 4lb and had lost a couple. We hoped that the fish would come on the feed as the hot sun sank beneath the surrounding hills. 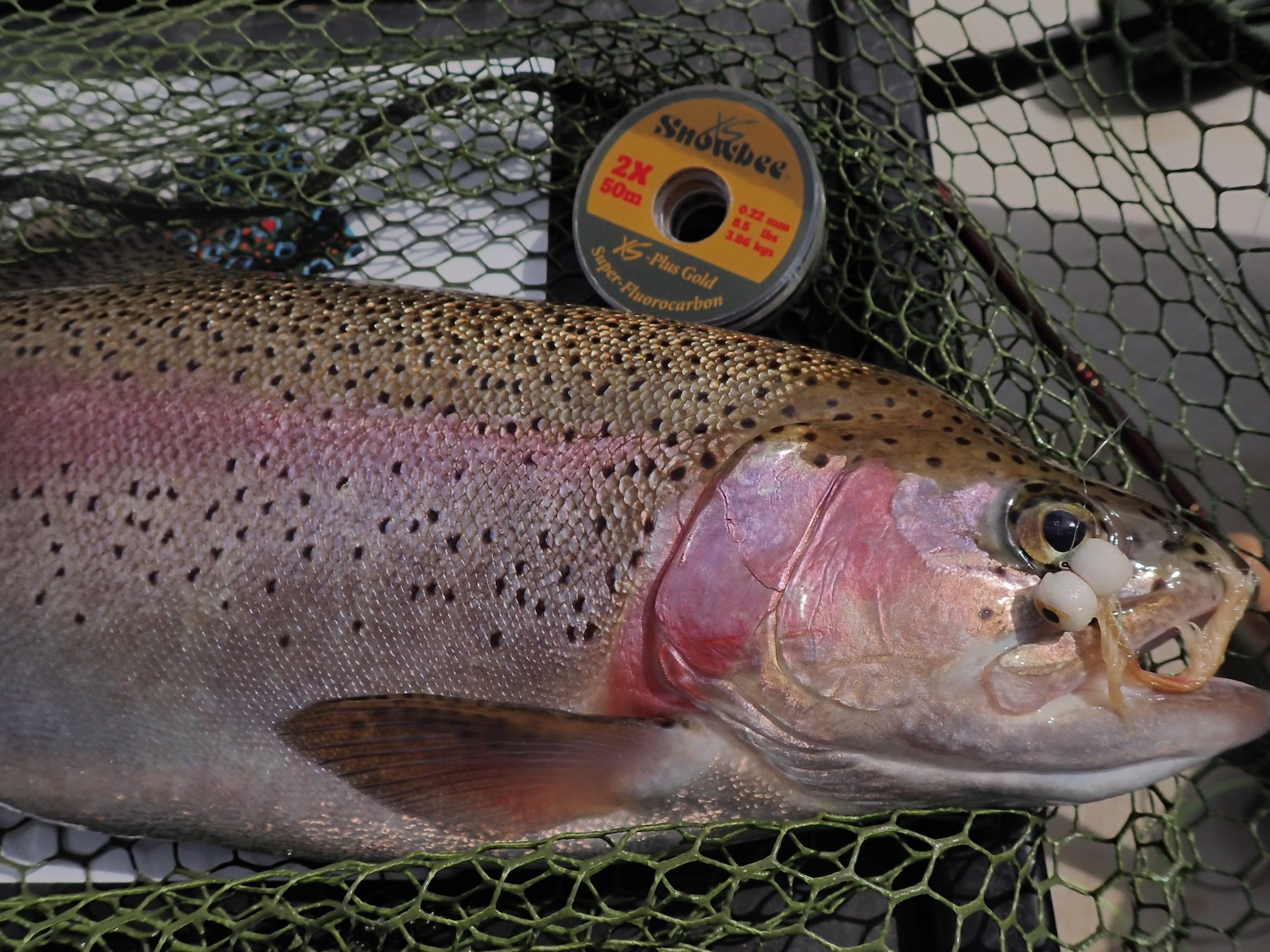 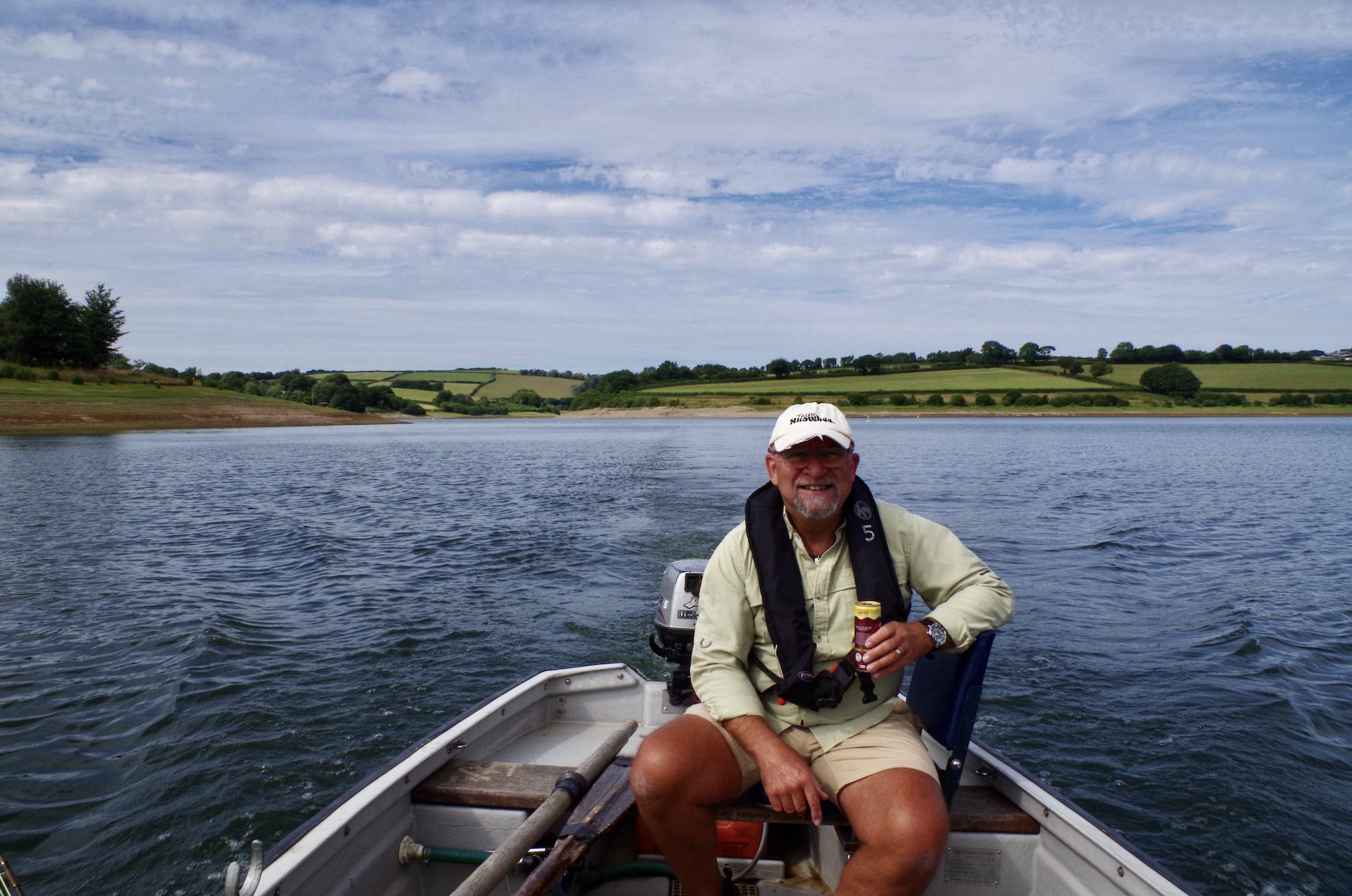 We set off for the wooded Upton Arm to try a few drifts. The water level had dropped significantly since my last visit in Late May. The expanding shoreline revealed scars from the past with tree stumps standing high and bare like skeletons upon the barren shore. Jeff likened them to alien invaders. 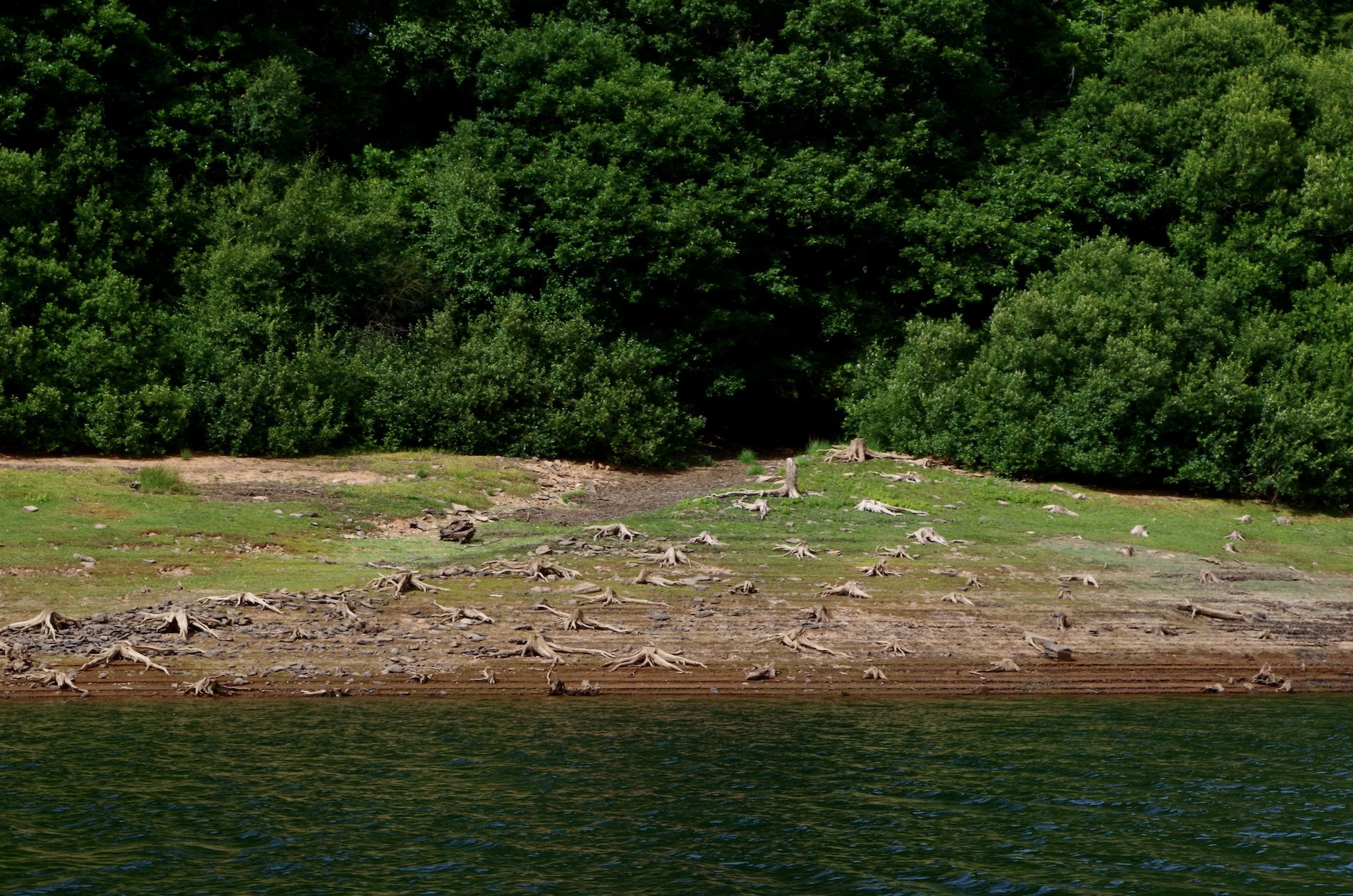 Michelle Werrett has written a nostalgic feature in Fallon’s Angler that touches upon this lost valley that was flooded in the 1970’s to meet the ever increasing demand for water across the South West.

As we drift across the water it is fascinating to try and picture what this valley once looked like with deep woodland descending to the streams that flowed at their base. The wild brown trout that thrive within the lake and the minnows  swimming in the margin’s descendants from this flooded landscape.

I started off with a floating line and a long leader a fab on the point and two buzzers on droppers. Jeff fished a fast sink line with booby and a fab with smaller imitative pattern between.

After an hour without success, we headed for the deep water off the dam close to the aeration curtain. This was where Jeff had enjoyed success earlier in the day an area that often fishes well during prolonged spells of hot weather.

I changed over to a fast sink line with a bright booby on the point, a small imitative pattern on the middle dropper and a bright fab on the top dropper. There is a certain fascination with fishing down deep and slow. Expectation that a big hard fighting rainbow will seize the flies far below the boat. This expectation is fuelled as we chat with fellow anglers who have caught a few and lost several powerful fish. 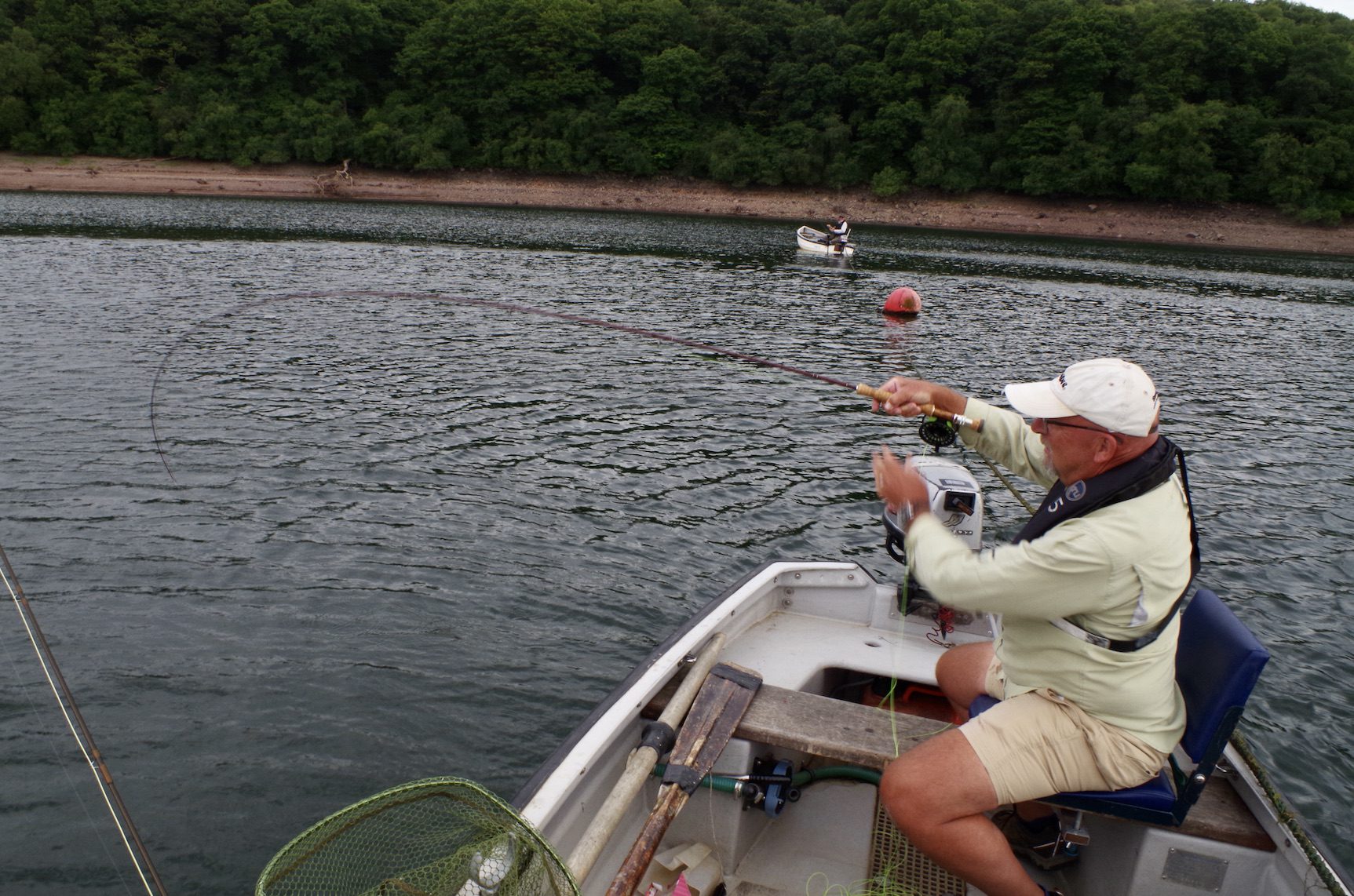 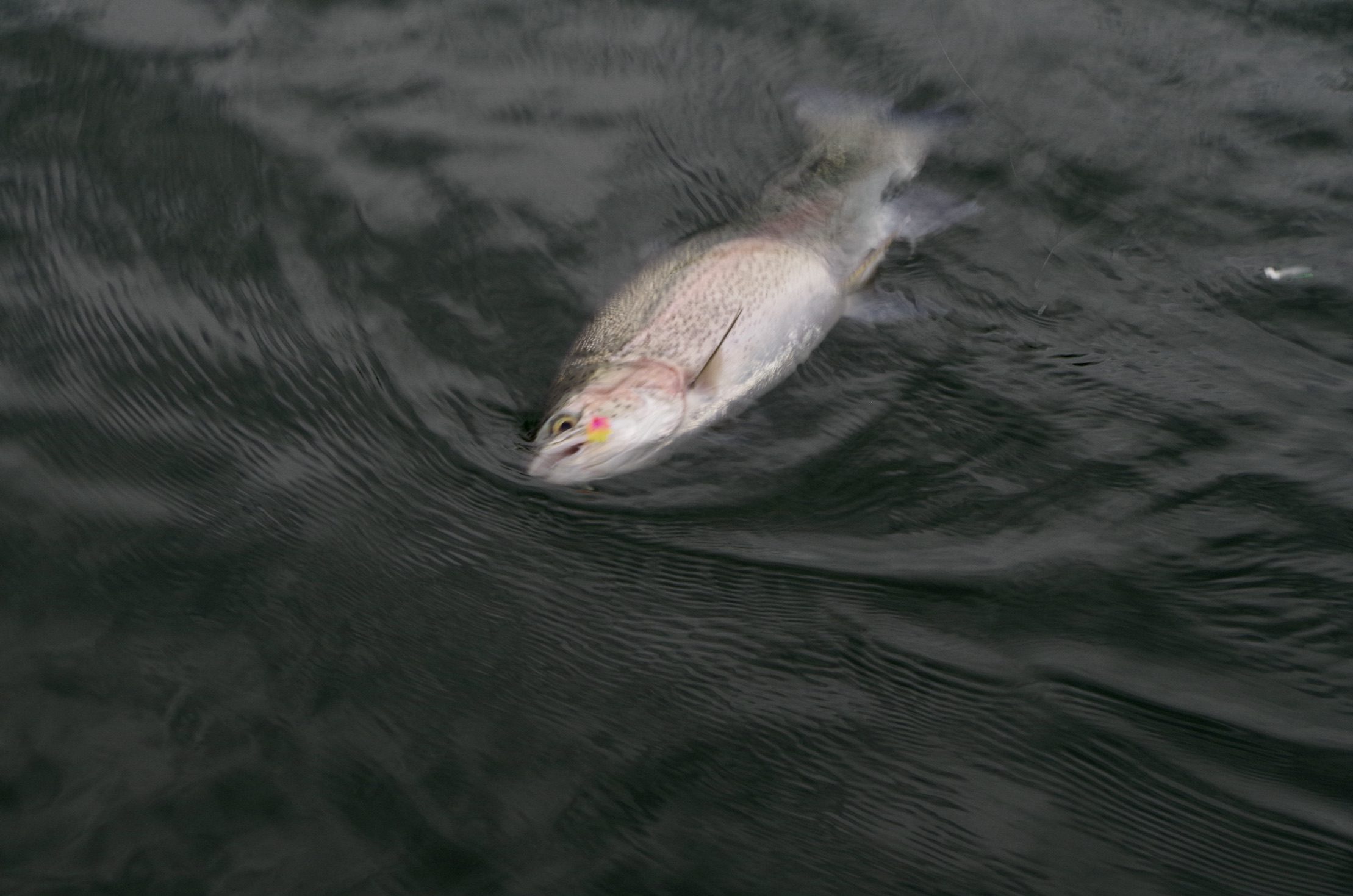 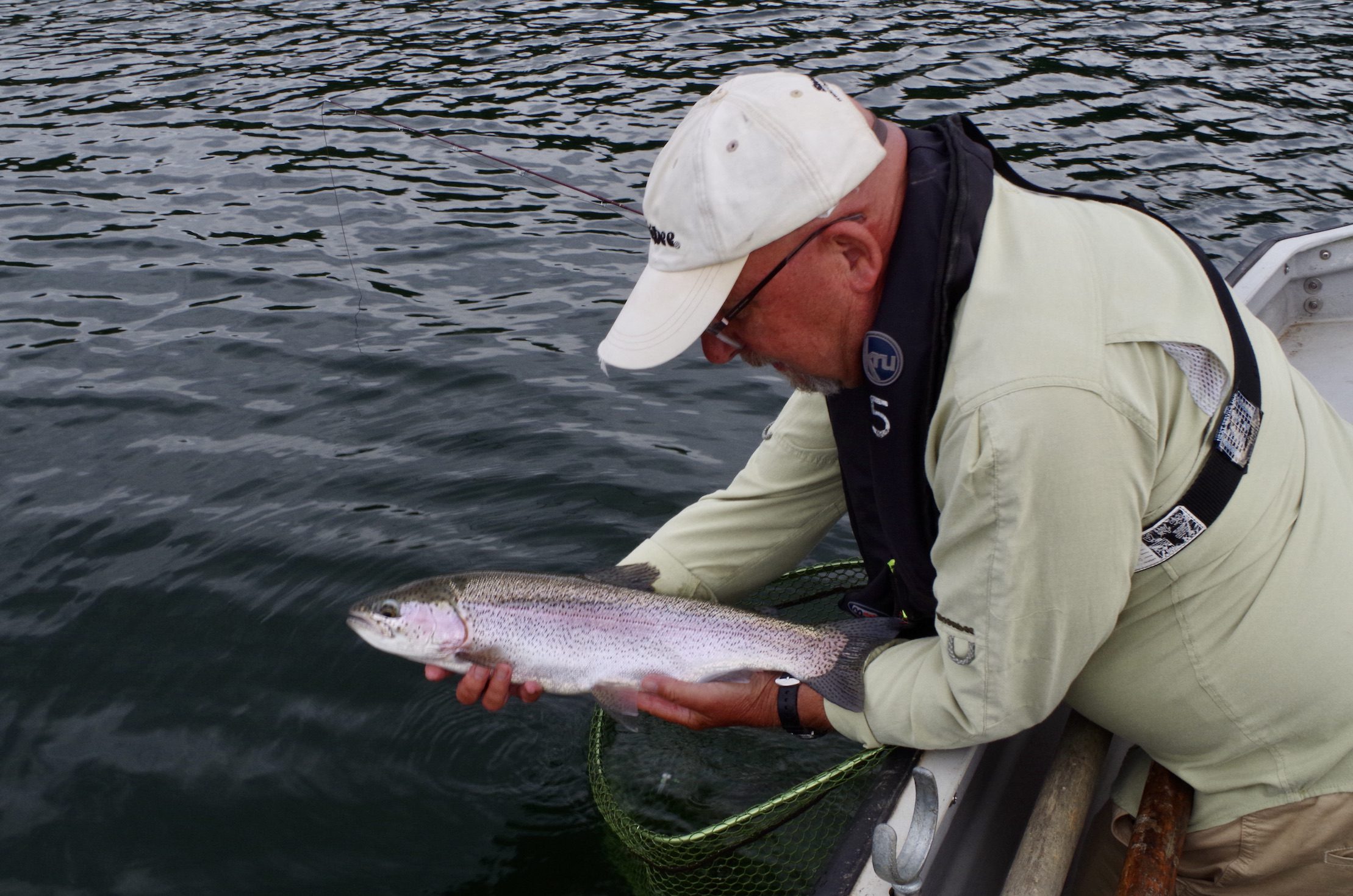 After fifteen minutes Jeff hooks a hard fighting rainbow that battles gamely before being coaxed to the net. I hook a fish close to boat that slips the hook after a short tussle giving my confidence a welcome boost.

As the hot sun beats down I am pleased that I have made good use of a hat and sunglasses to protect from the hot sun. Plenty of water is essential to keep hydrated on these long hot and challenging summer days. 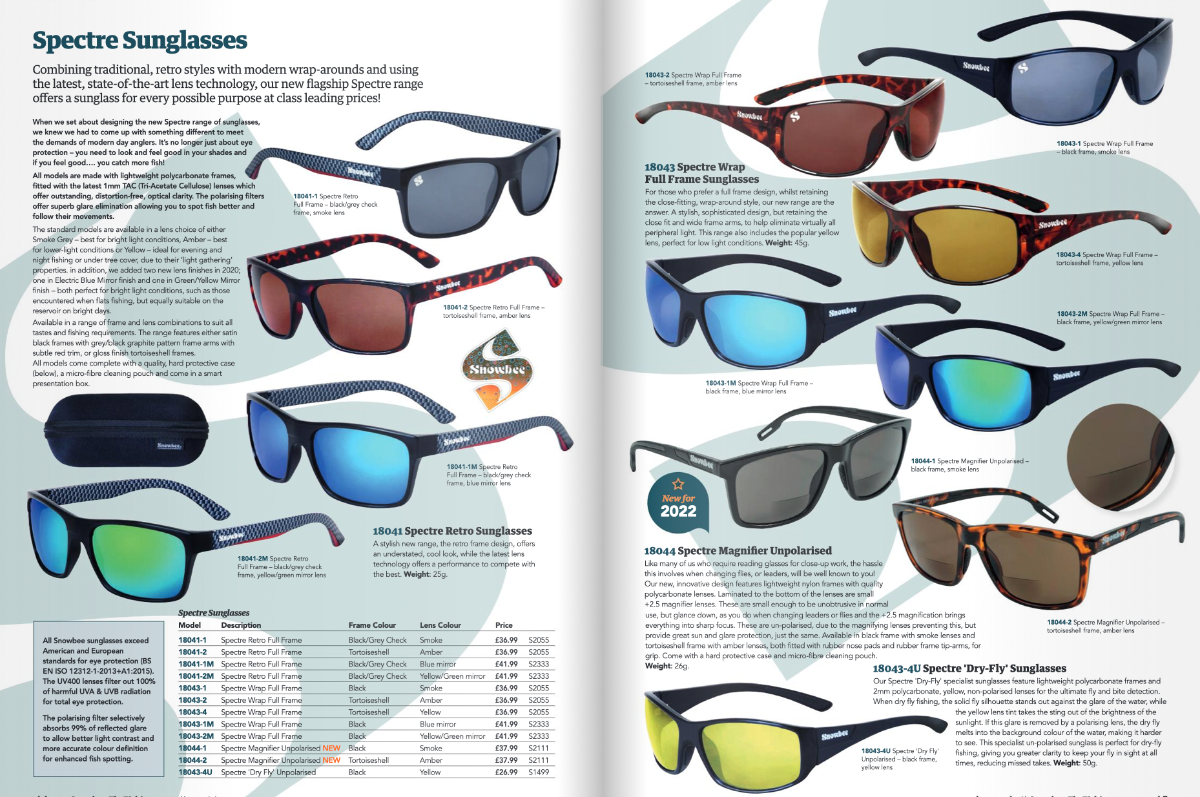 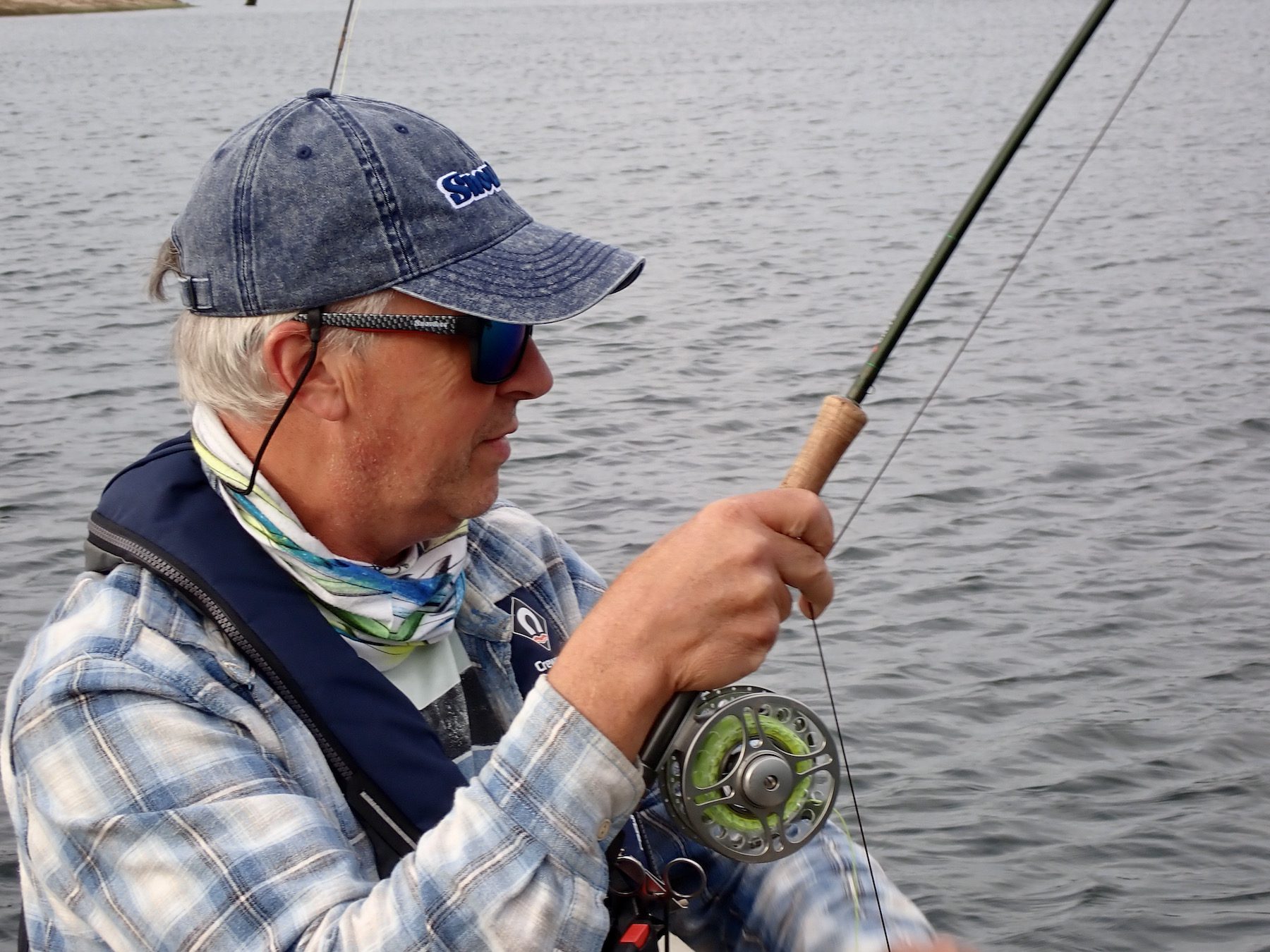 After  several changes of tip fly I eventually tempt a hard fighting rainbow of around  2lb. A well earned reward for persisting deep and slow. 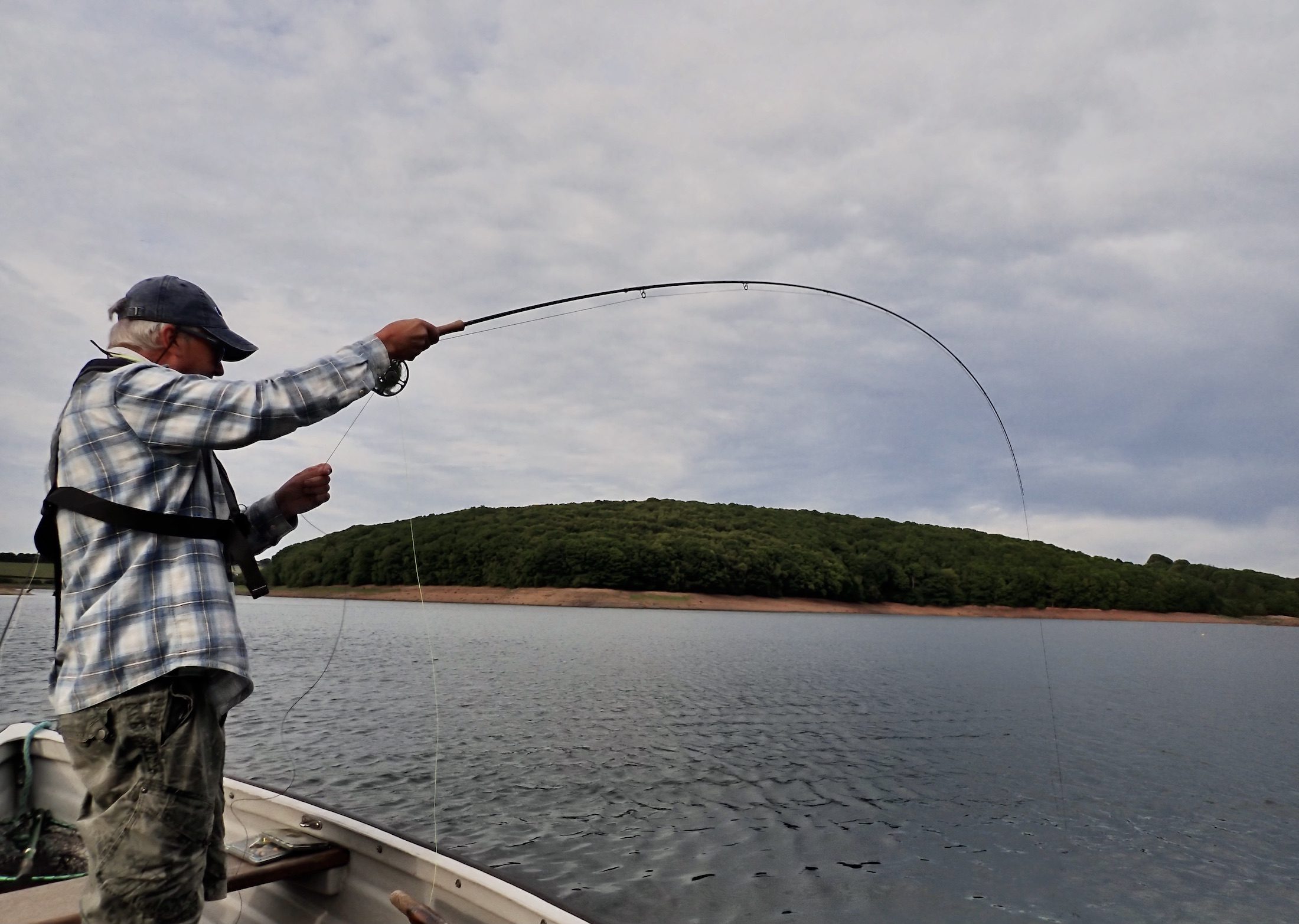 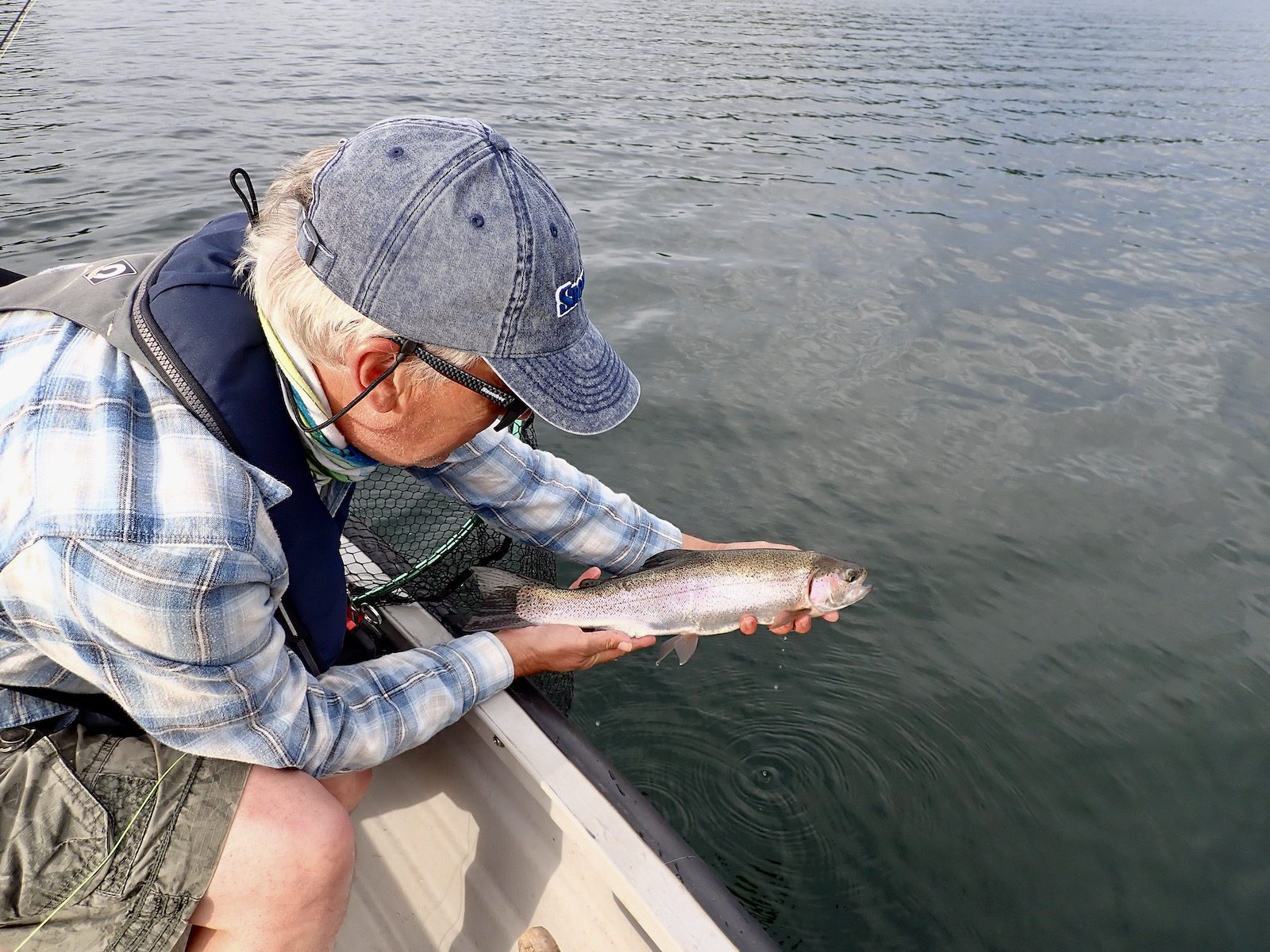 Some excellent fishing can be enjoyed on even the hottest summer days with the deep water undoubtedly the place to target as fish seek cooler waters and increased oxygen levels. 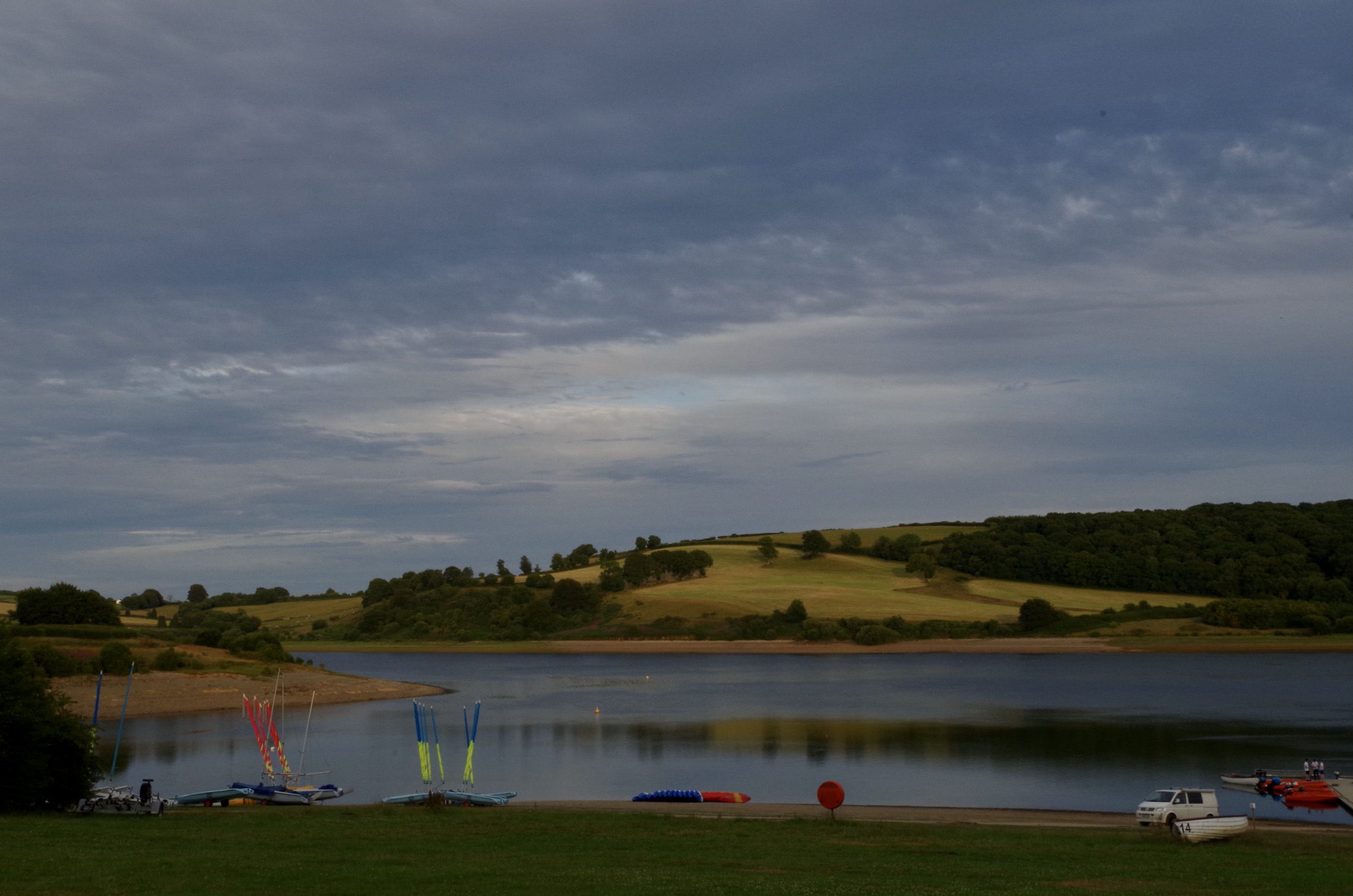