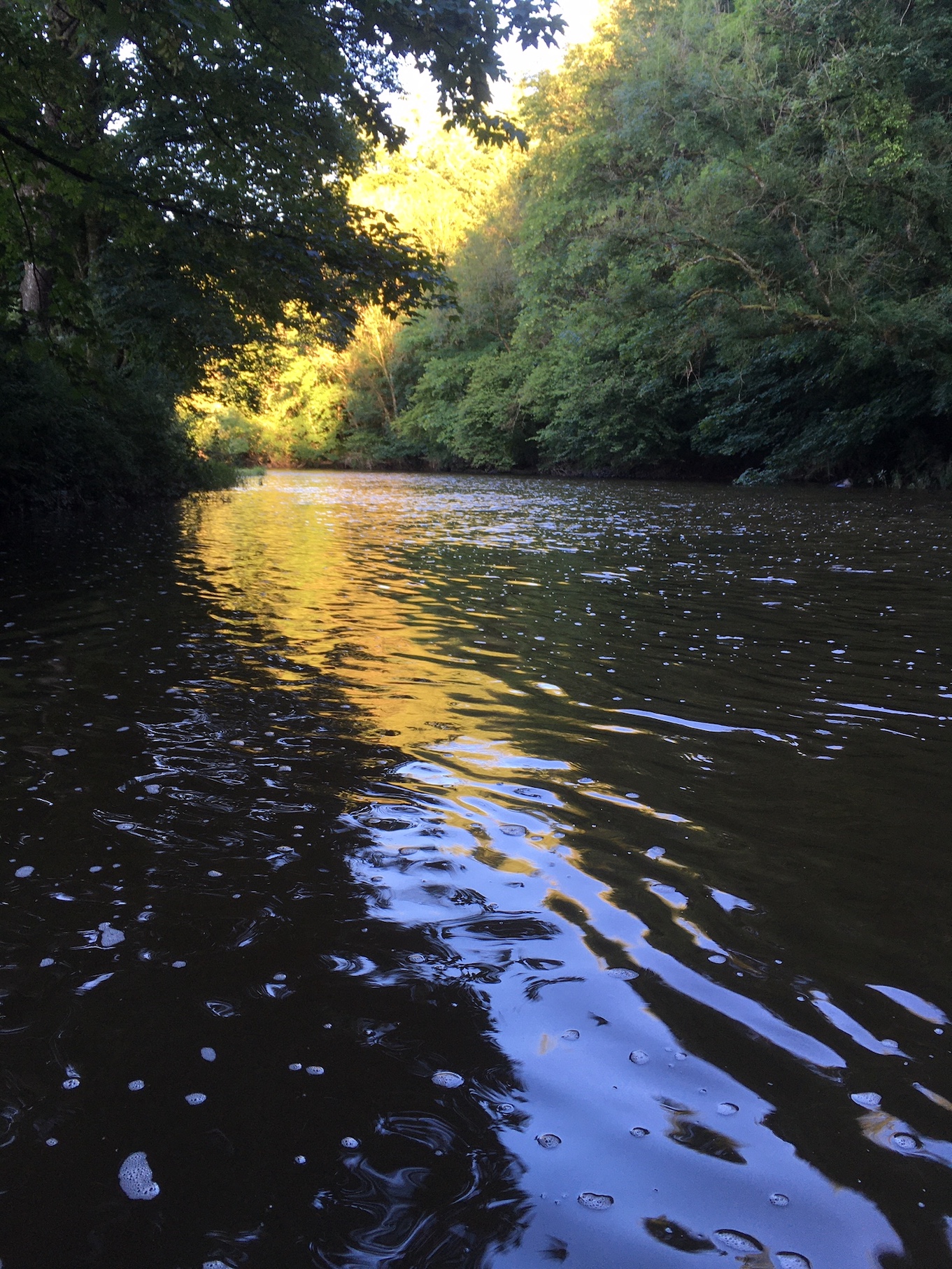 North Devon Rivers are producing some splendid silver bars following a welcome spell of rainfall. Paul Carter enjoyed success on the Lower taw tempting these two stunning salmon on recents trips to the river the larger of the two estimated at 14lb. The salmon were tempted on a small black and yellow barrels double that dropped out in the net. Ian Blewett also enjoyed success banking a 7lb hen salmon. Note all salmon reported are carefully released to continue their upriver migration. 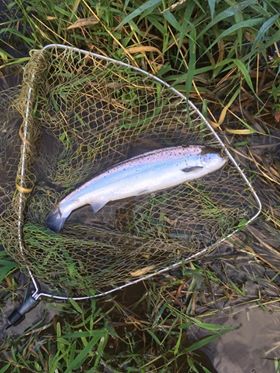 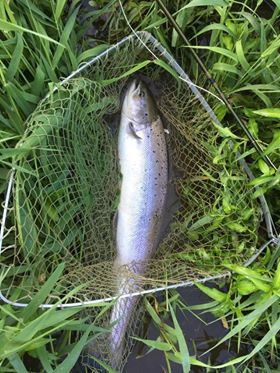 A large salmon estimated at 20lb left one angler heartbroken when his leader snagged and broke on a submerged rock.

I was sent this picture of dead salmon seen on the banks of the Torridge Estuary. Such a sight is not uncommon at this time of year. The majority of salmon will have spawned on the redds high up on the rivers headwaters and many die of exhaustion after ensuring the ongoing survival of the species. This salmon was estimated at 8lb to 10lb and was a cock fish judging by its prominent kype.

I always welcome any fish related news, comment and pictures from North Devon.

It is less that two months until the start of the salmon fishing season on our local rivers. Last season was blighted by low flows throughout a large portion of the season. Rumours are that this has been a reasonable spawning season on our local rivers so we must hope that this is true. Salmon numbers have been in decline for decades and every effort must be made to ensure that these iconic fish continue to forge up our rivers each year. 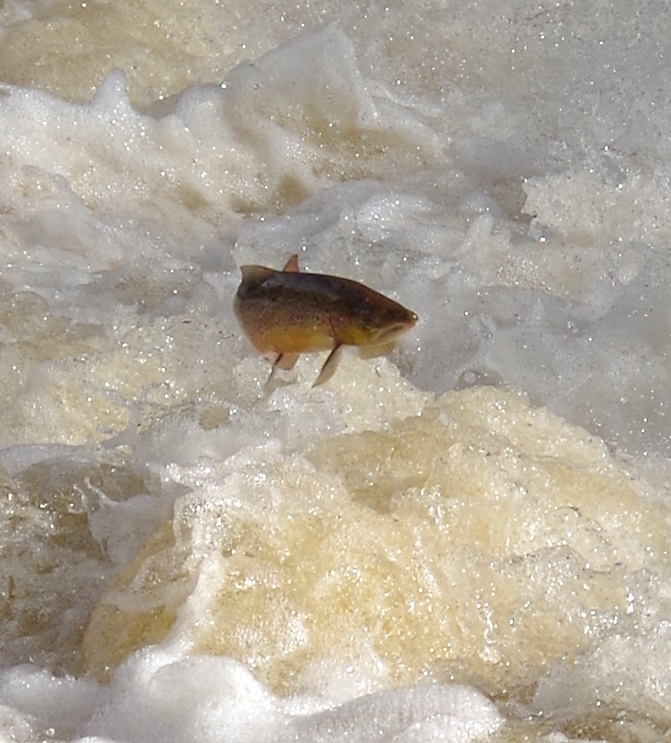 After one of the worst salmon and sea trout fishing seasons for several years it is good to report on a few fish as longed for rain brought a significant rise in both the Taw and Torridge. I expect to get a more details of fish from the Torridge when I attend the end of season Egg Box Dinner at the Half Moon but below are few images of fish caught in the last week of the season. 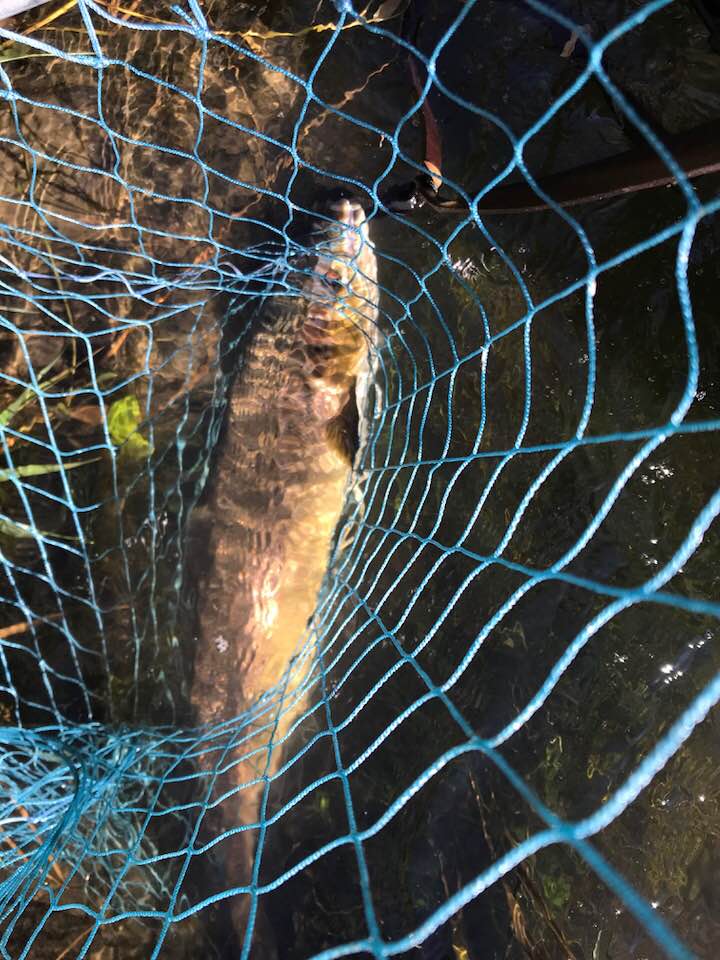 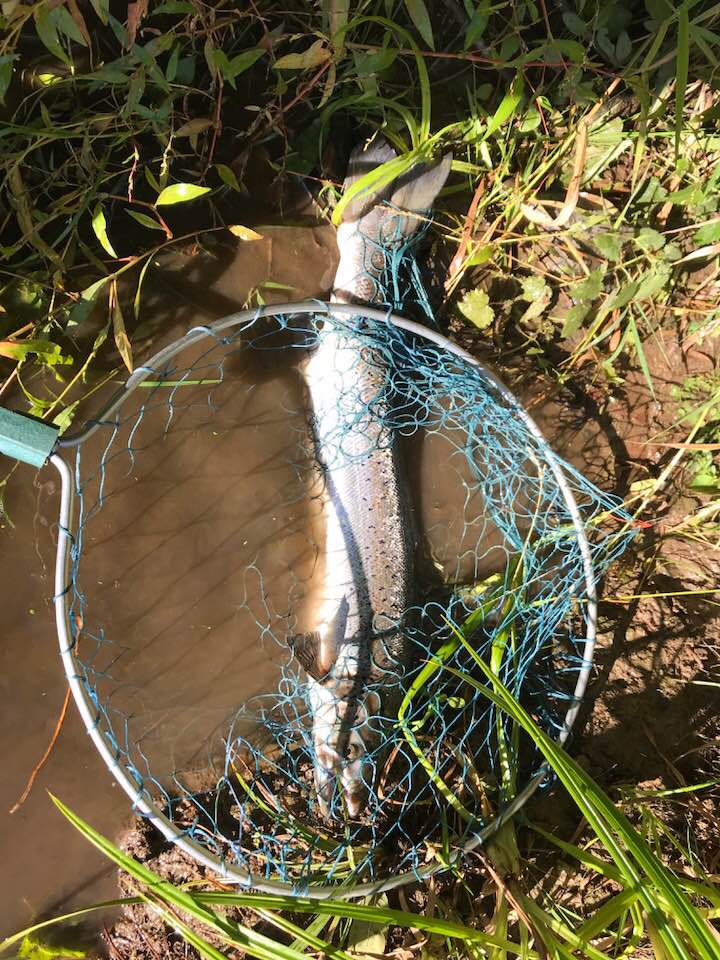 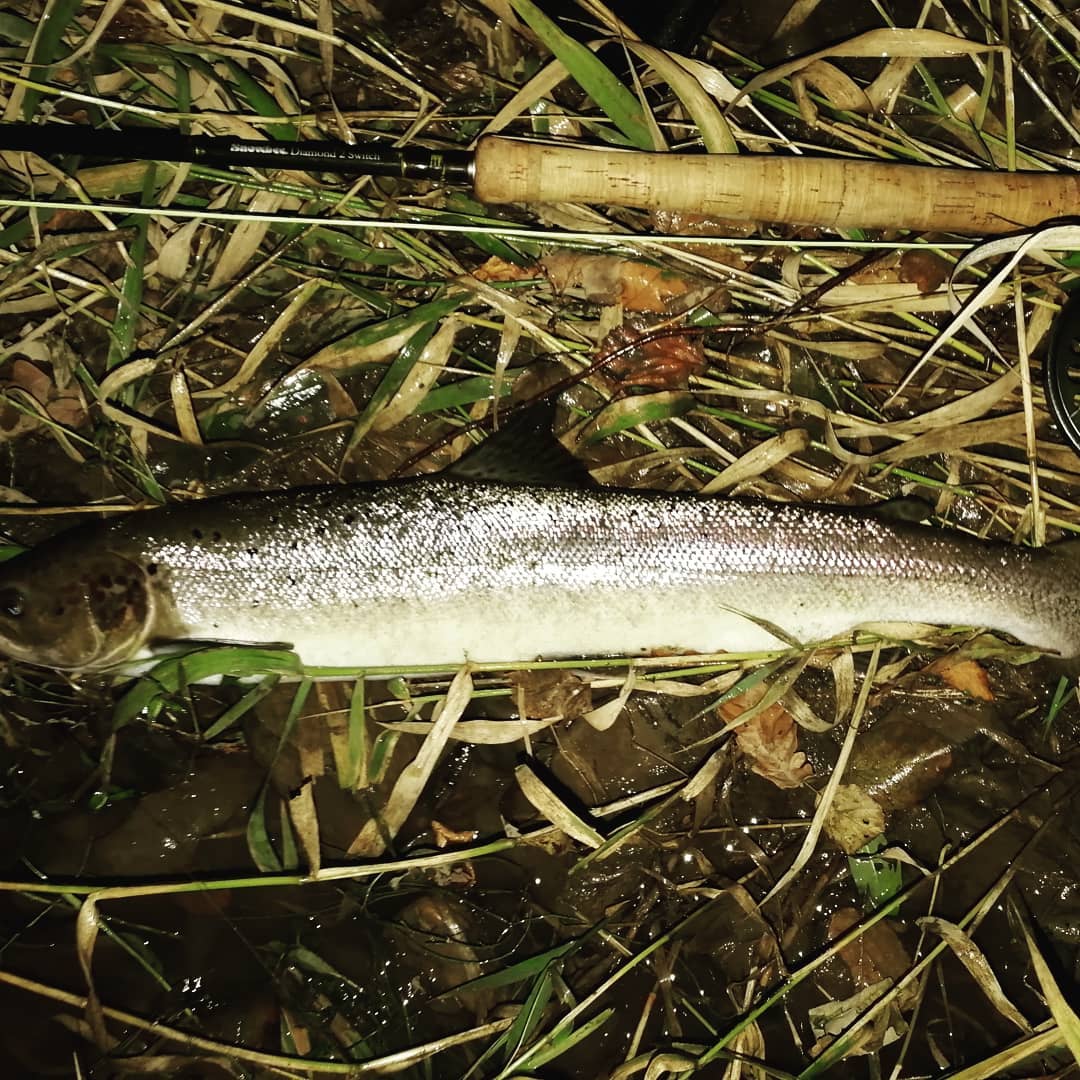 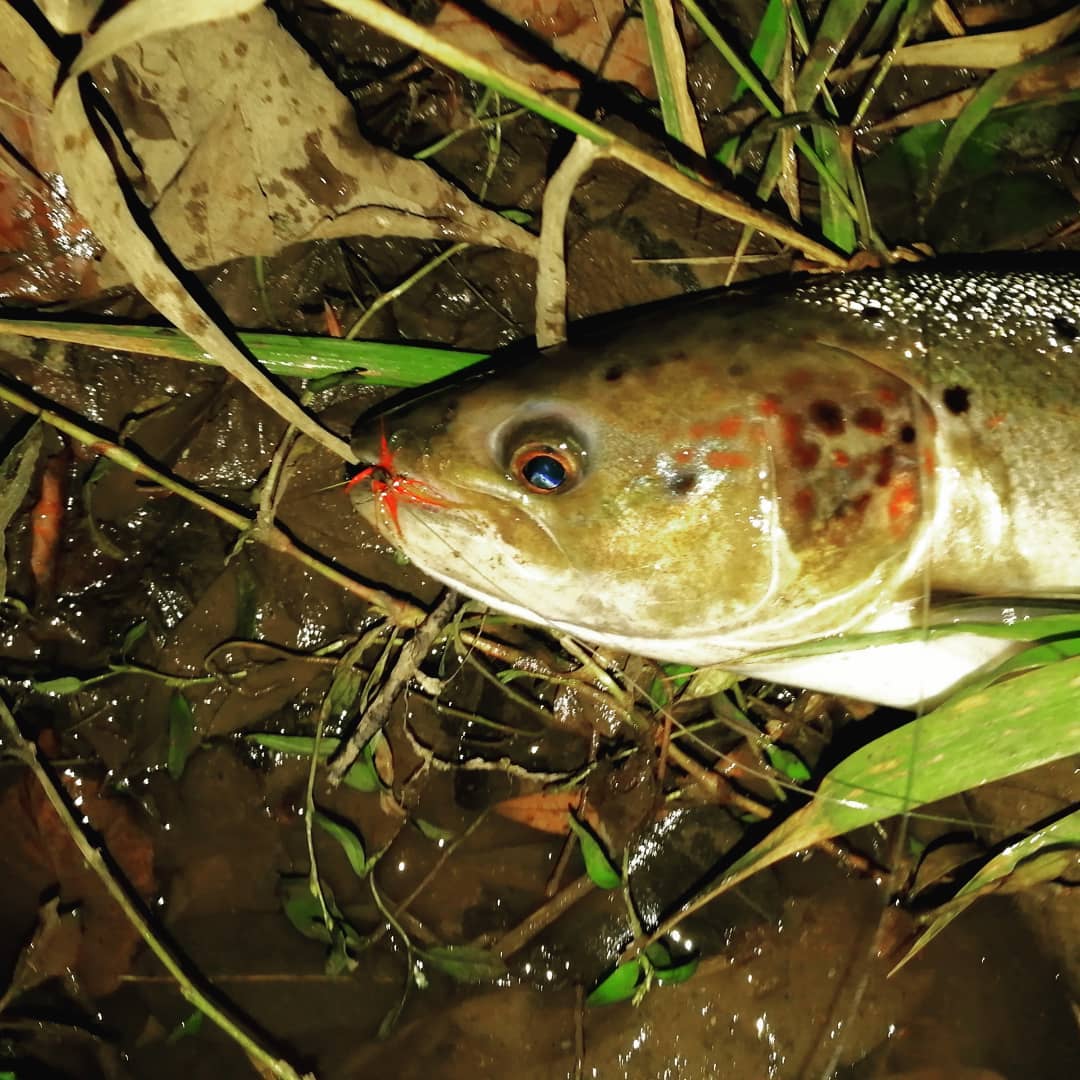 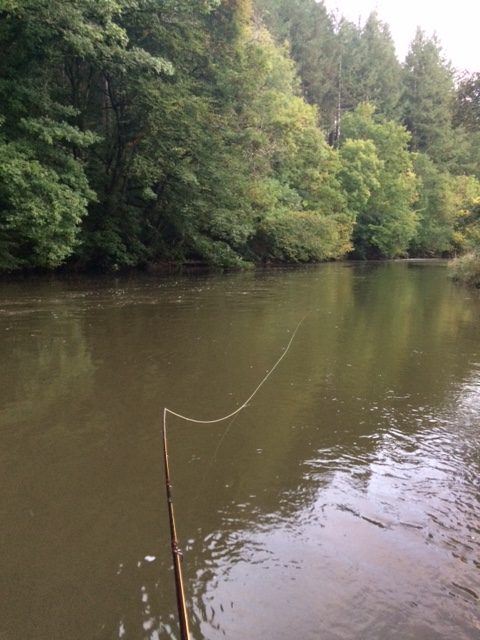 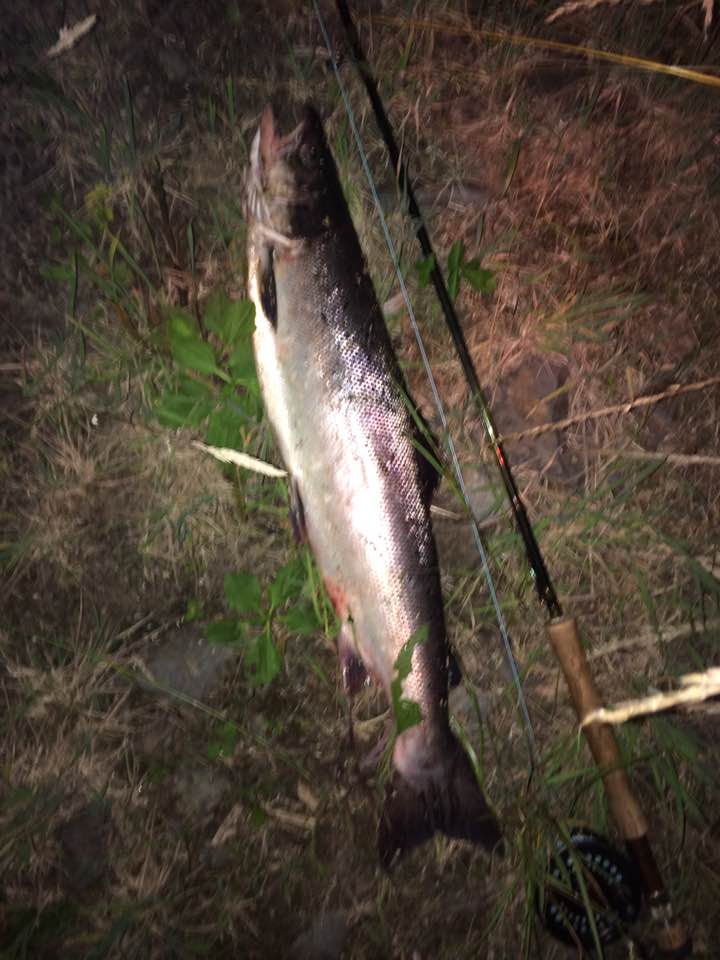 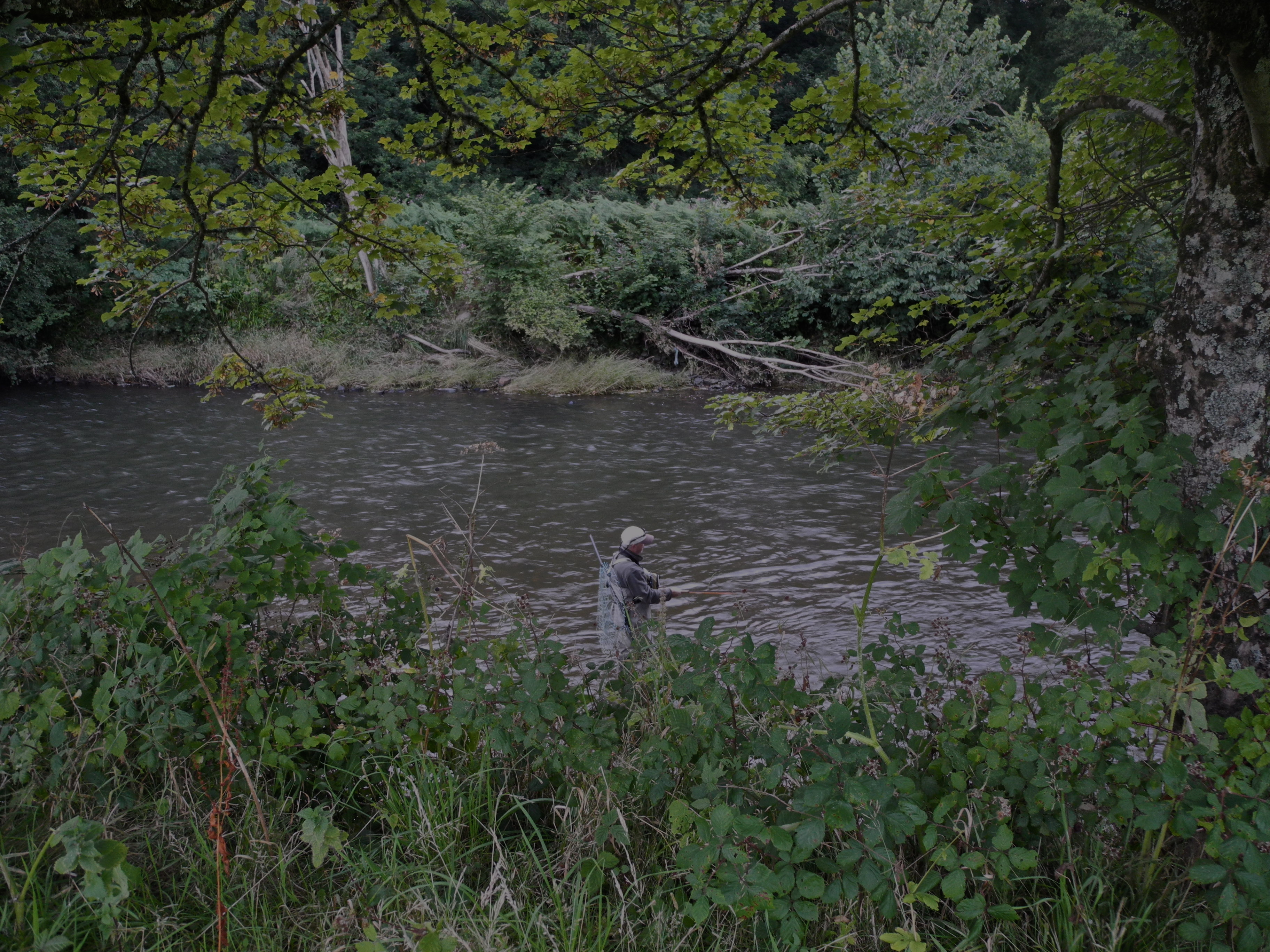 On the Torridge four grilse were tempted from a Middle River Beat despite the river being very low. 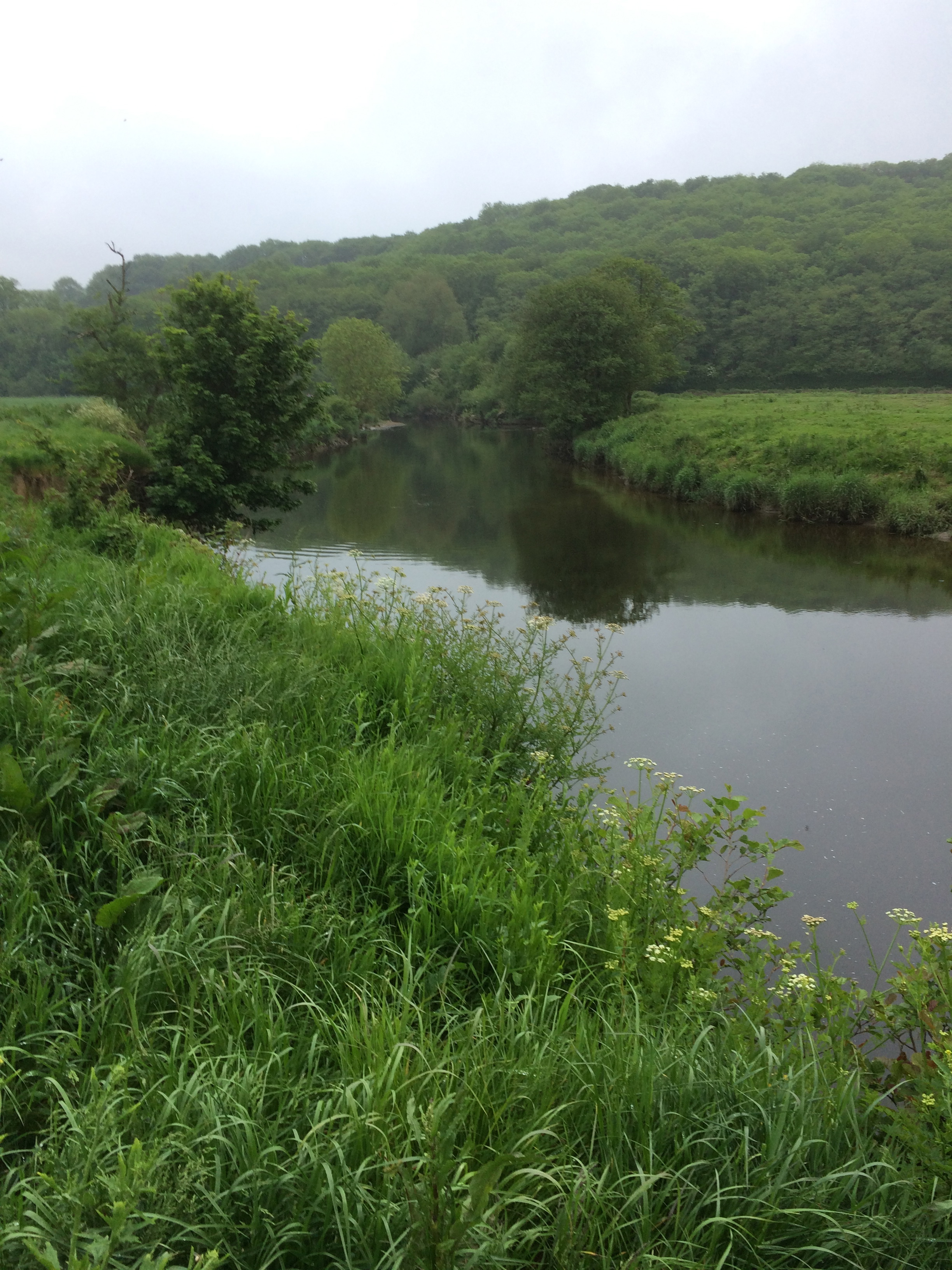 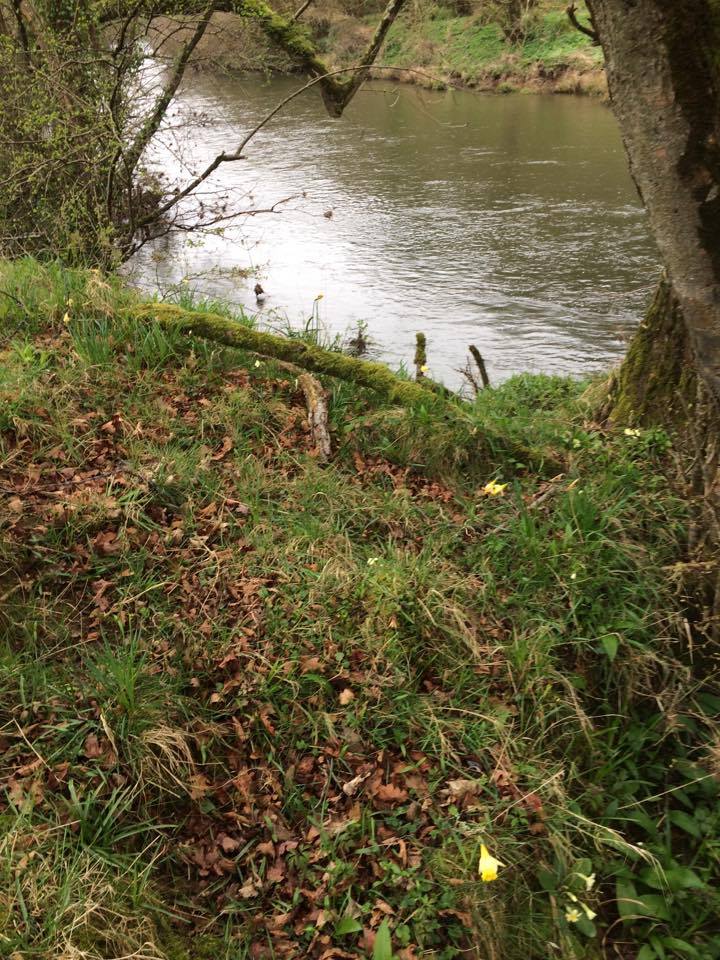 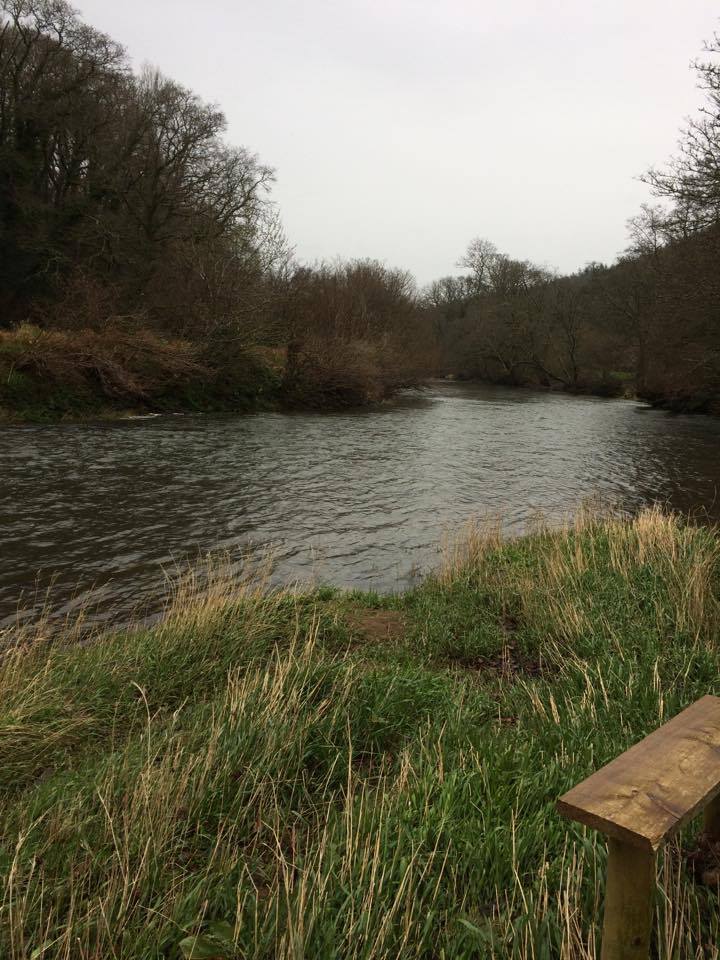 I can report that  Andy Nixon has landed the first reported salmon of the River Torridge season whilst fishing a lower River Beat controlled by the Half Moon Inn at Sheepwash. The fresh run 8lb salmon was sea liced and is great news and will undoubtedly encourage more to venture forth and cast a line for one of angling greatest prizes.

I drove over both the Taw and Torridge yesterday and both rivers looked to be in perfect trim. Below is the Taw at Newbridge running a little high but as each day passes it will become easier to fish and those spring run fish will start to settle into their spring lies. 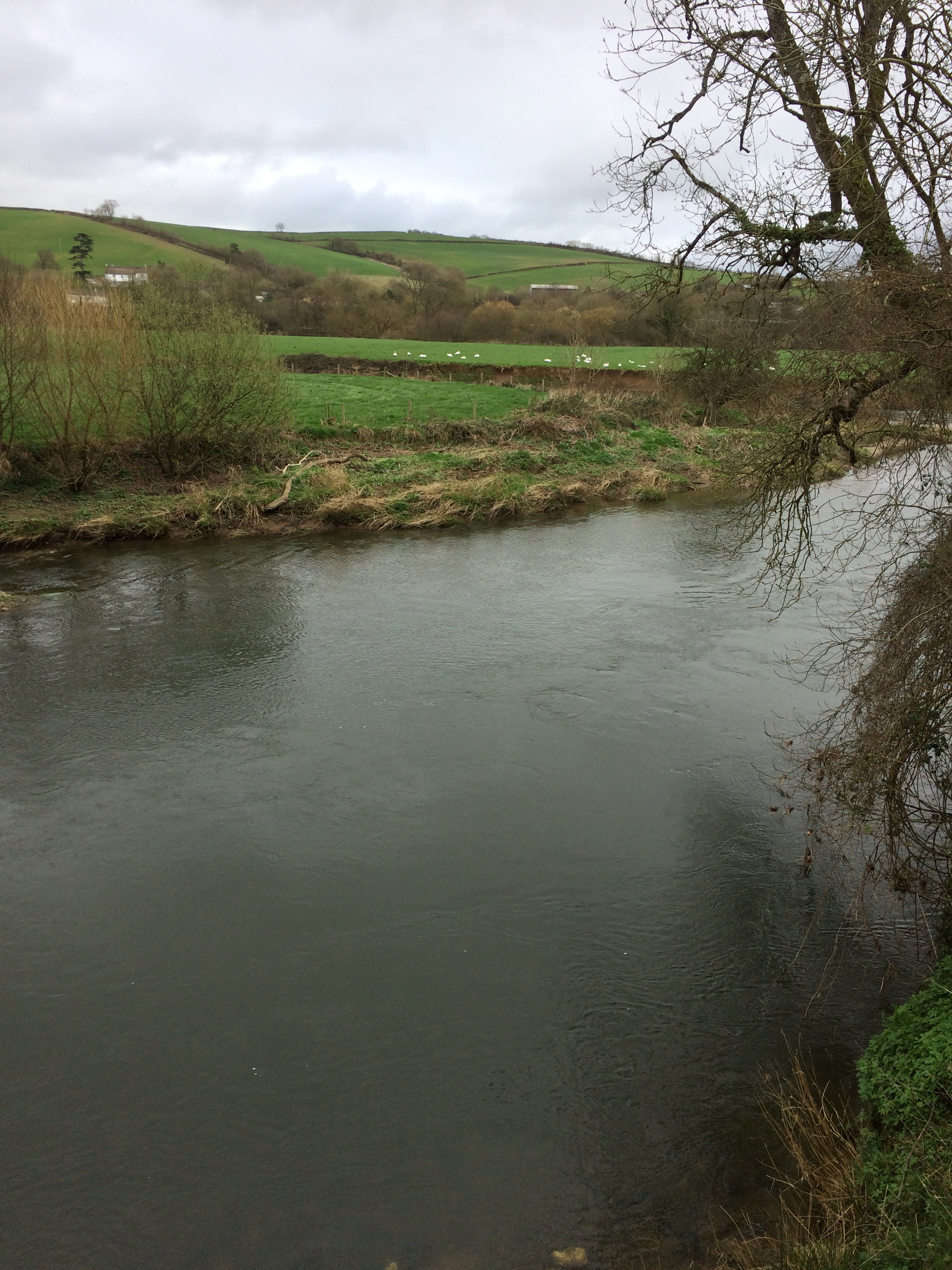 One week into the salmon season and barely a line has been cast as a result of both the Taw and Torridge being swollen by successive days of rain. The rain is however good news in the longer term as it should ensure fish are well spread throughout the river system when fishing does get underway. With water temperatures rising and plenty of water prospects have to be good for a big spring run fish. 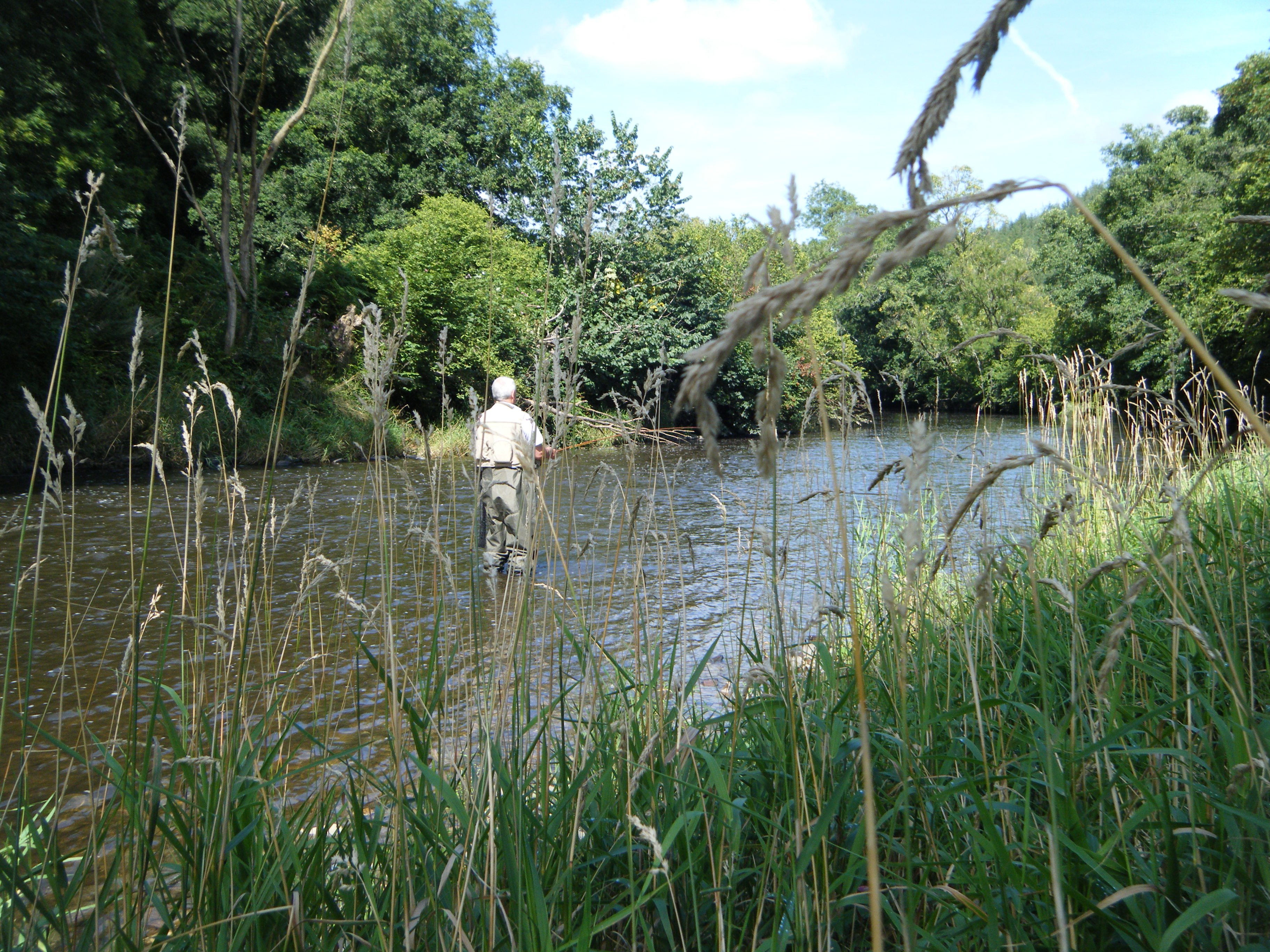 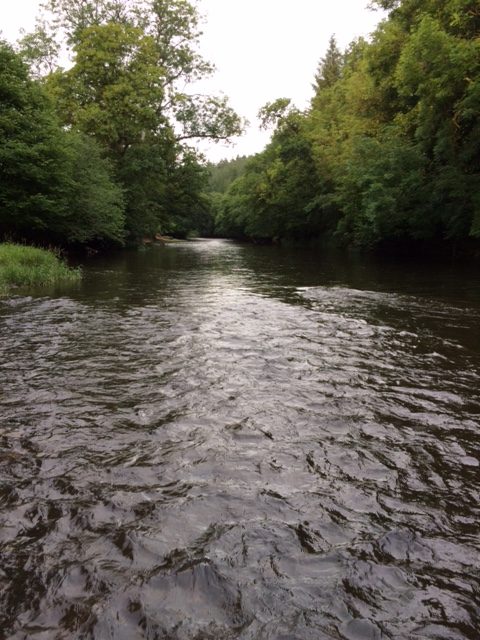 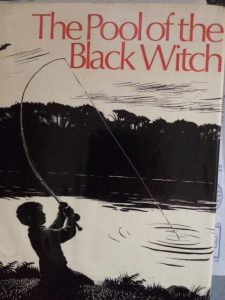