Late October and I am excited to be heading across Exmoor on a mild murky morning to target the hard fighting trout of Wimbleball. I am meeting with Snowbee Ambassador Jeff Pearce. 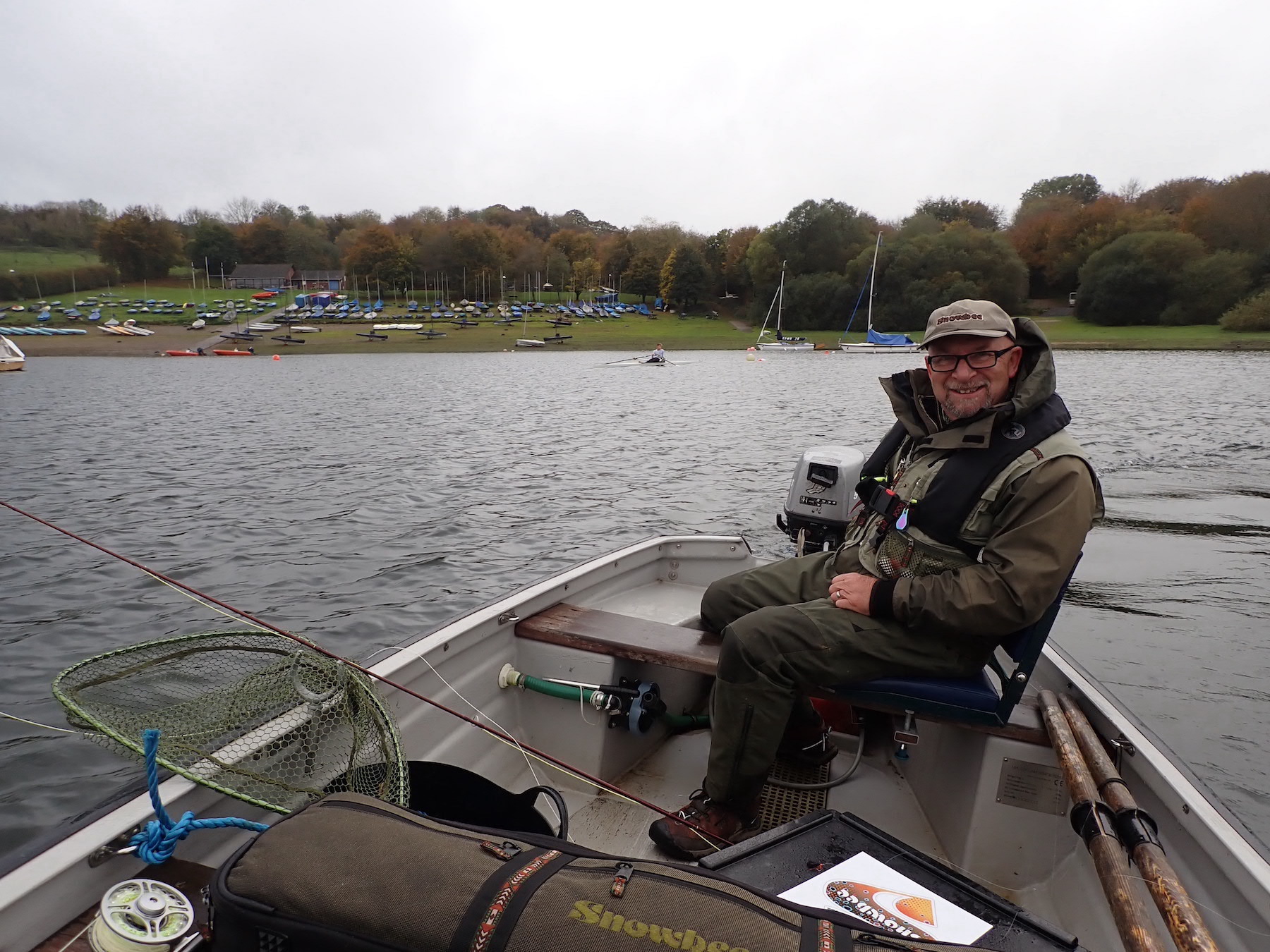 The news reports from the lake indicate that catches have been good in recent weeks with the lower Autumn temperatures encouraging the trout to go on the feed. Jeff had fished a match the previous day when some competitors had registered catches into the lower teens.

We were greeted at the boat pontoon by the ever helpful and enthusiastic Trevor who chatted about the day to day complexities of running the fishery and where we might find a few trout.

As we chugged out onto the lake it was soon apparent that the wind was going to be a bit challenging. A force 4 to 6 South Westerly was whipping up white horses on the water. We set up a drogue to slow the drift but even with this in place progress was brisk. 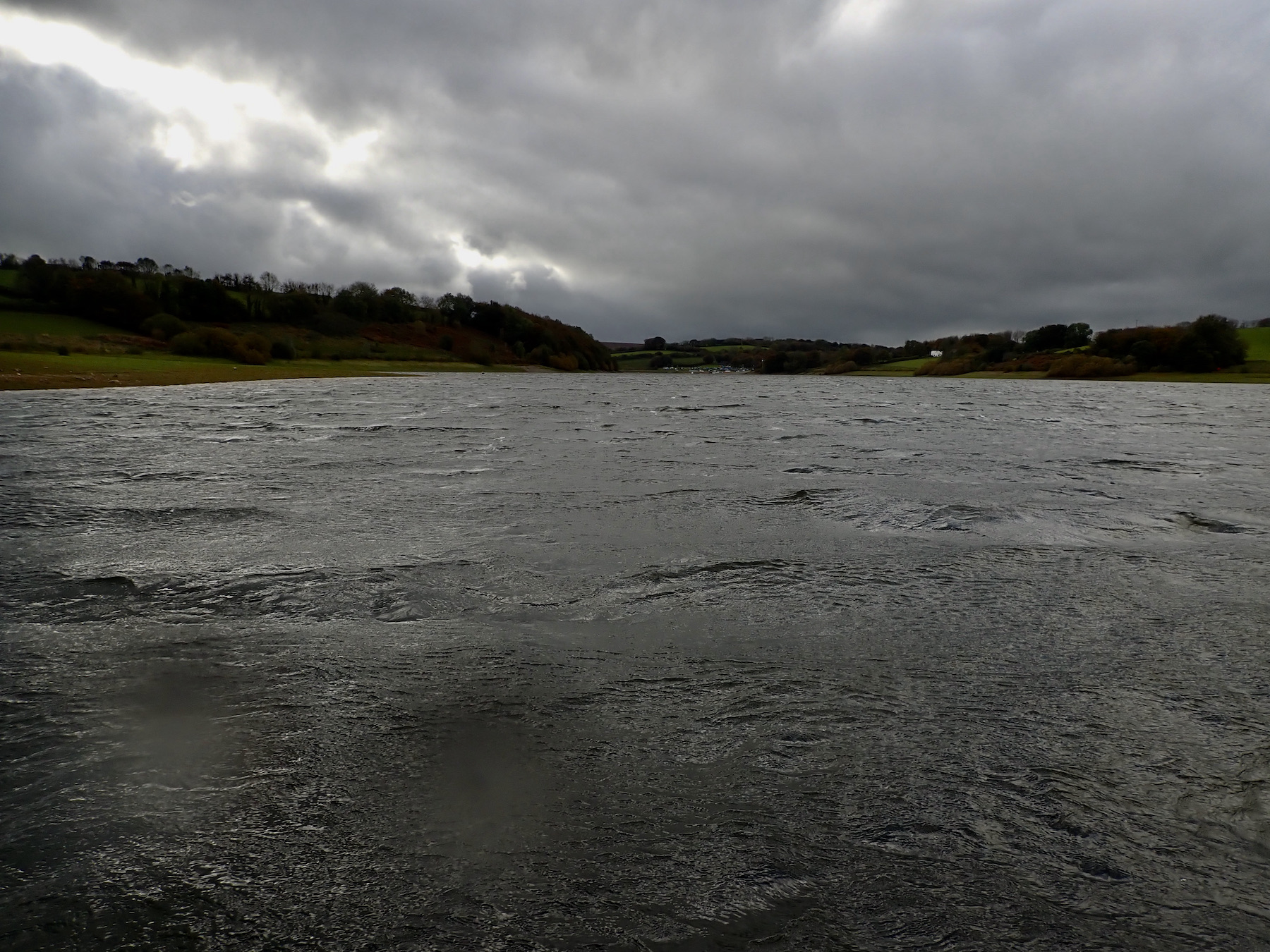 We commenced drifting the narrows casting our offerings close to the shoreline. Jeff was into a hard fighting rainbow first drift. Whilst I managed a couple of tugs. A repeat drift brought a second rainbow for Jeff and yet more pulls and tugs for myself. 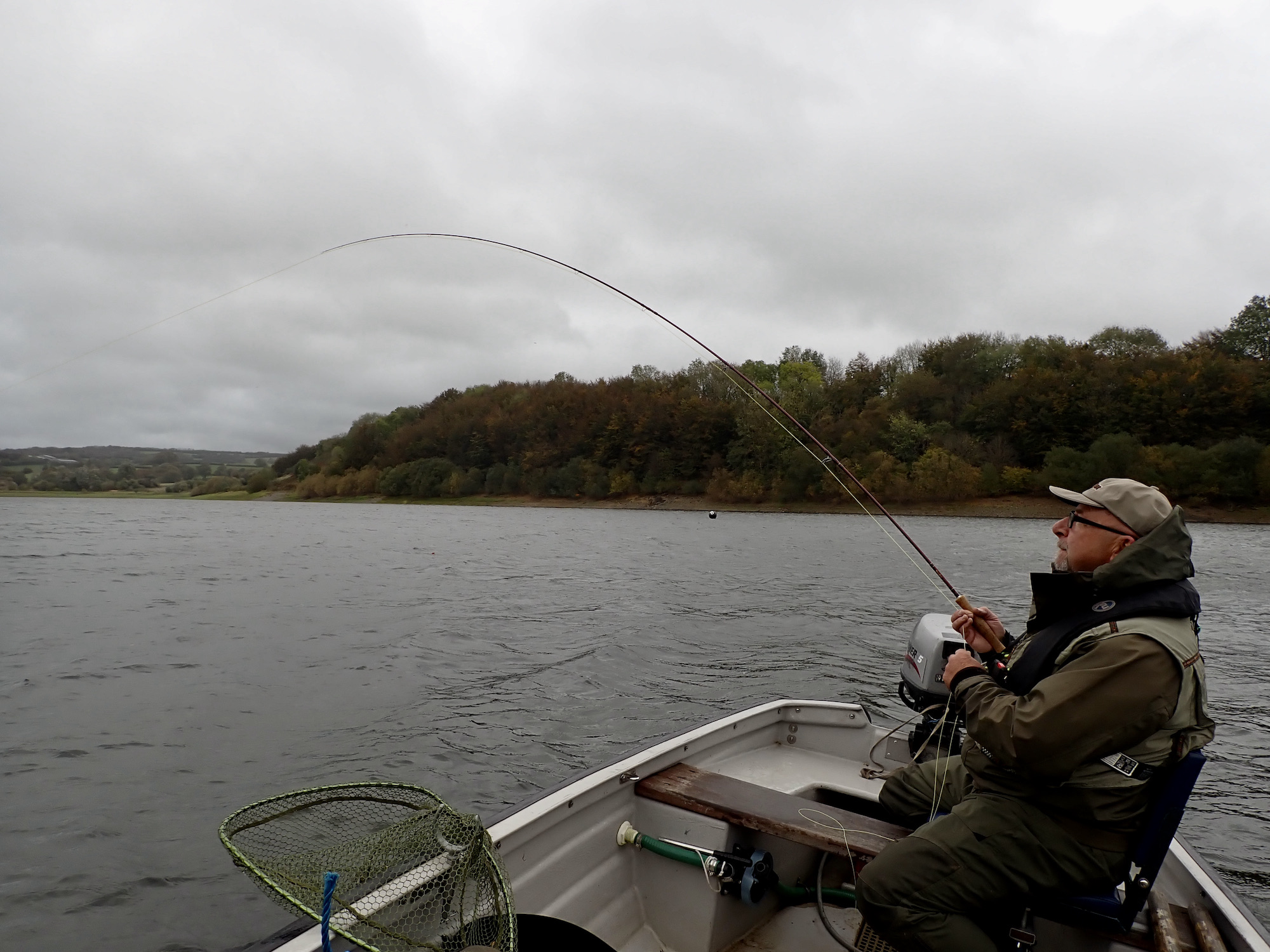 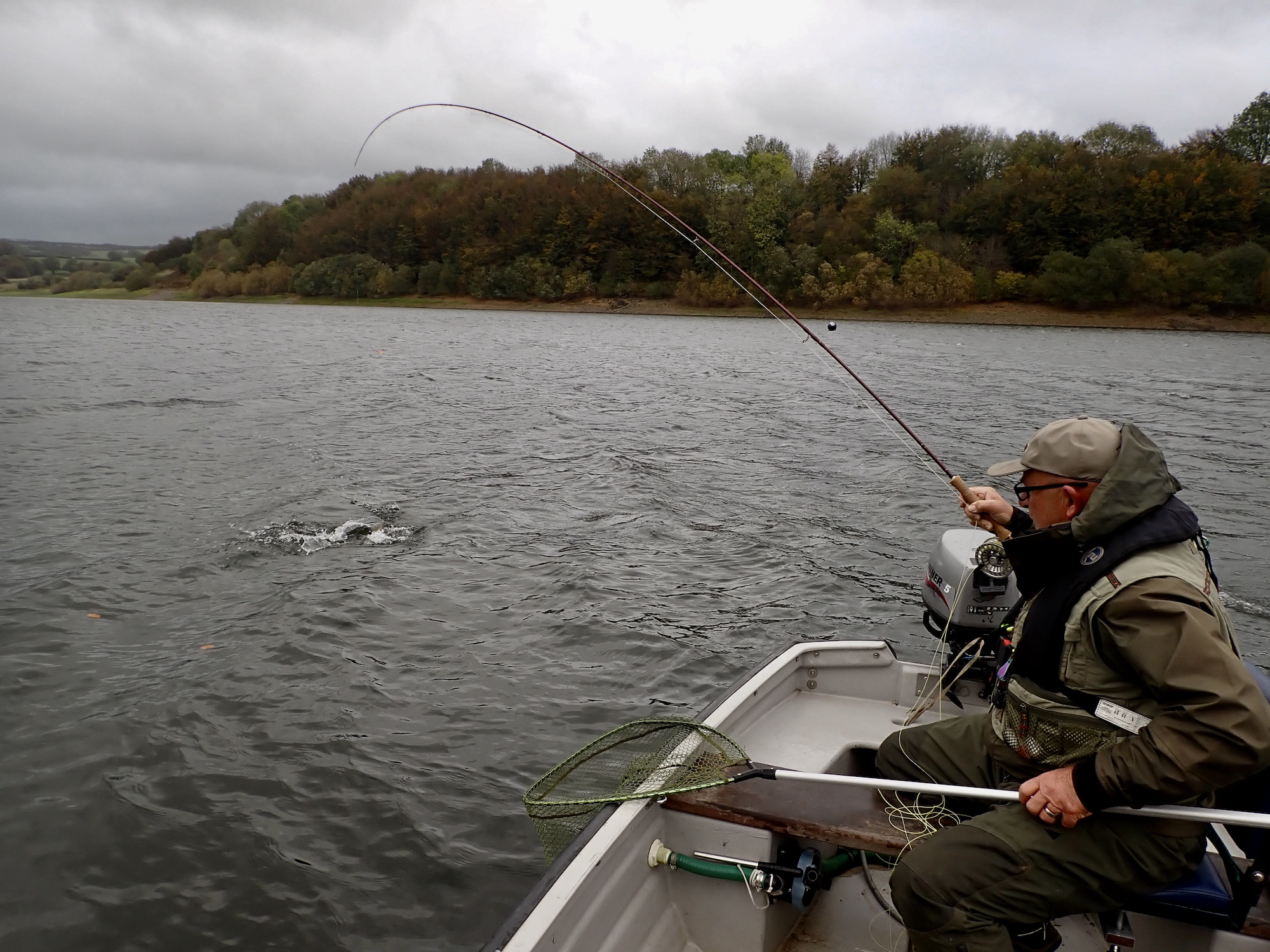 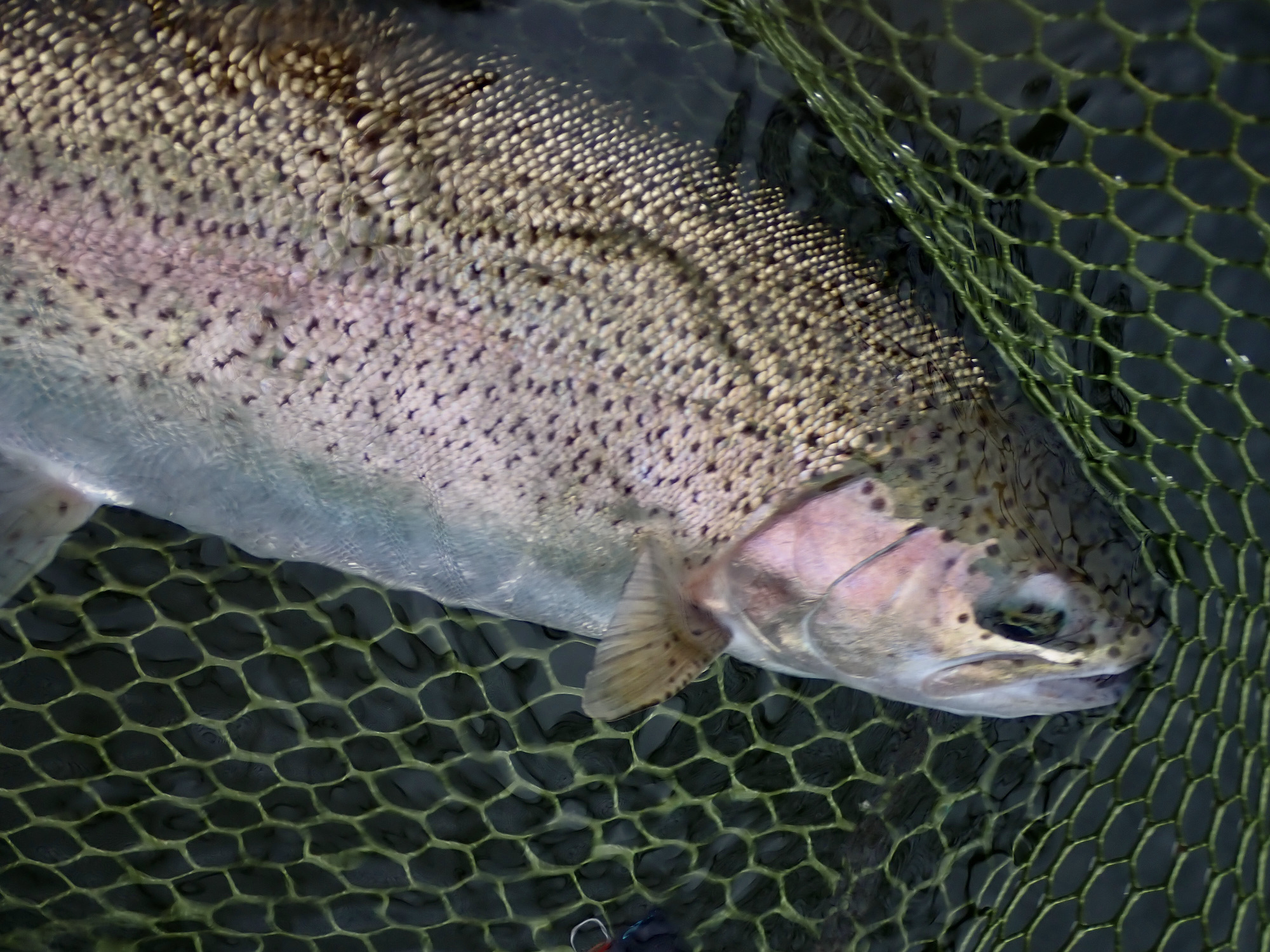 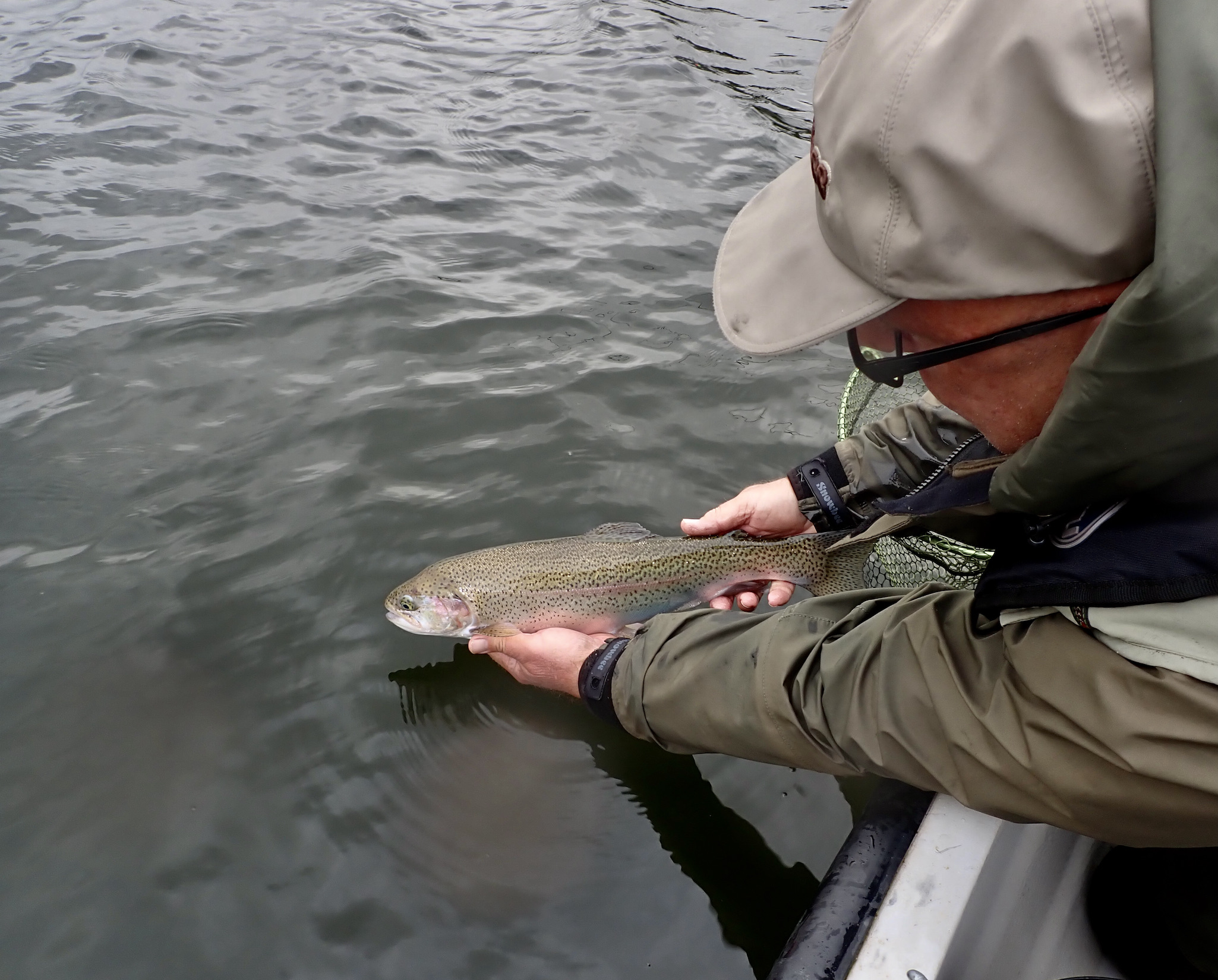 On the third drift a savage pull resulted in connection to a pristine rainbow to my rod estimated at well over four pounds. 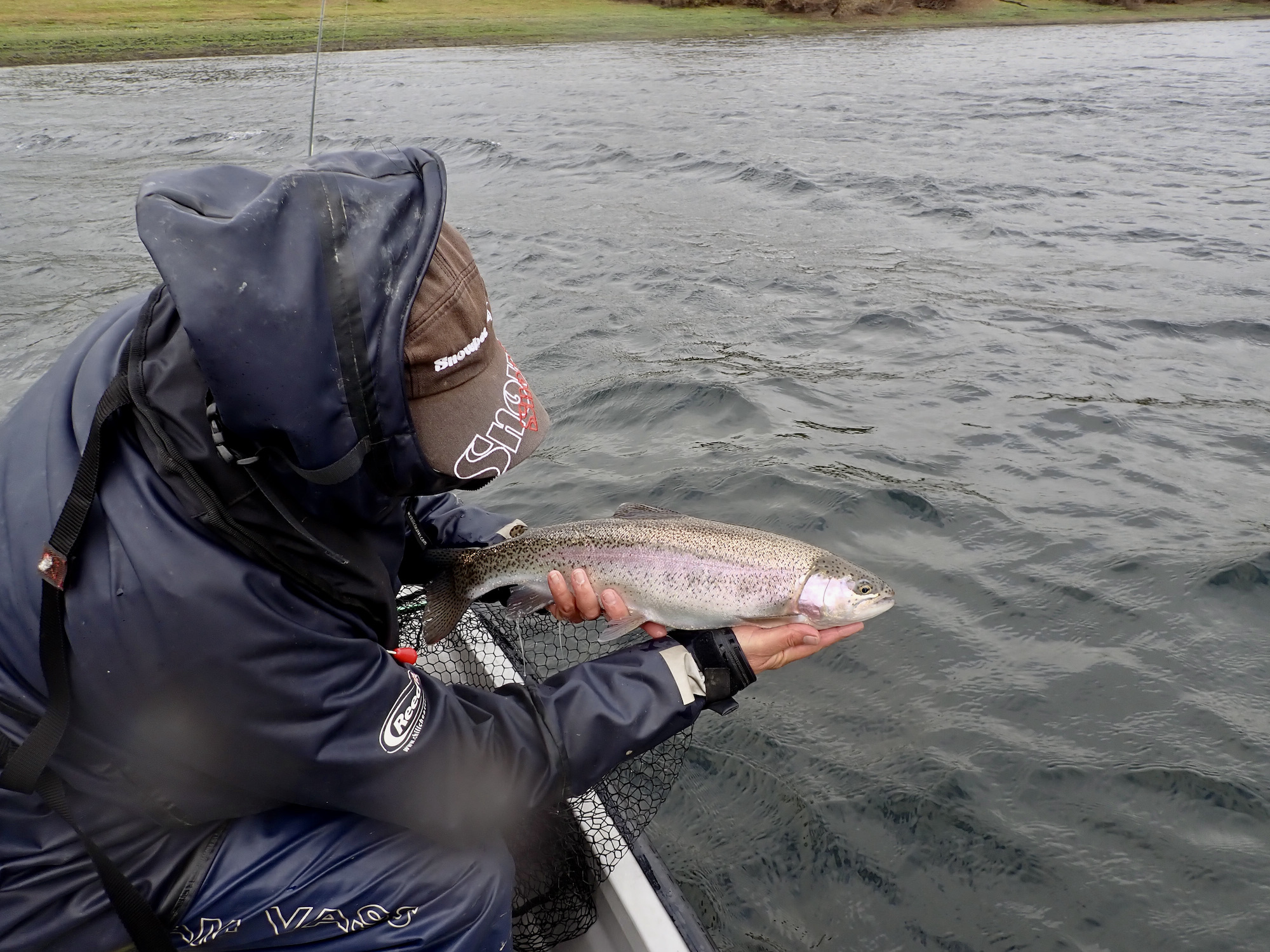 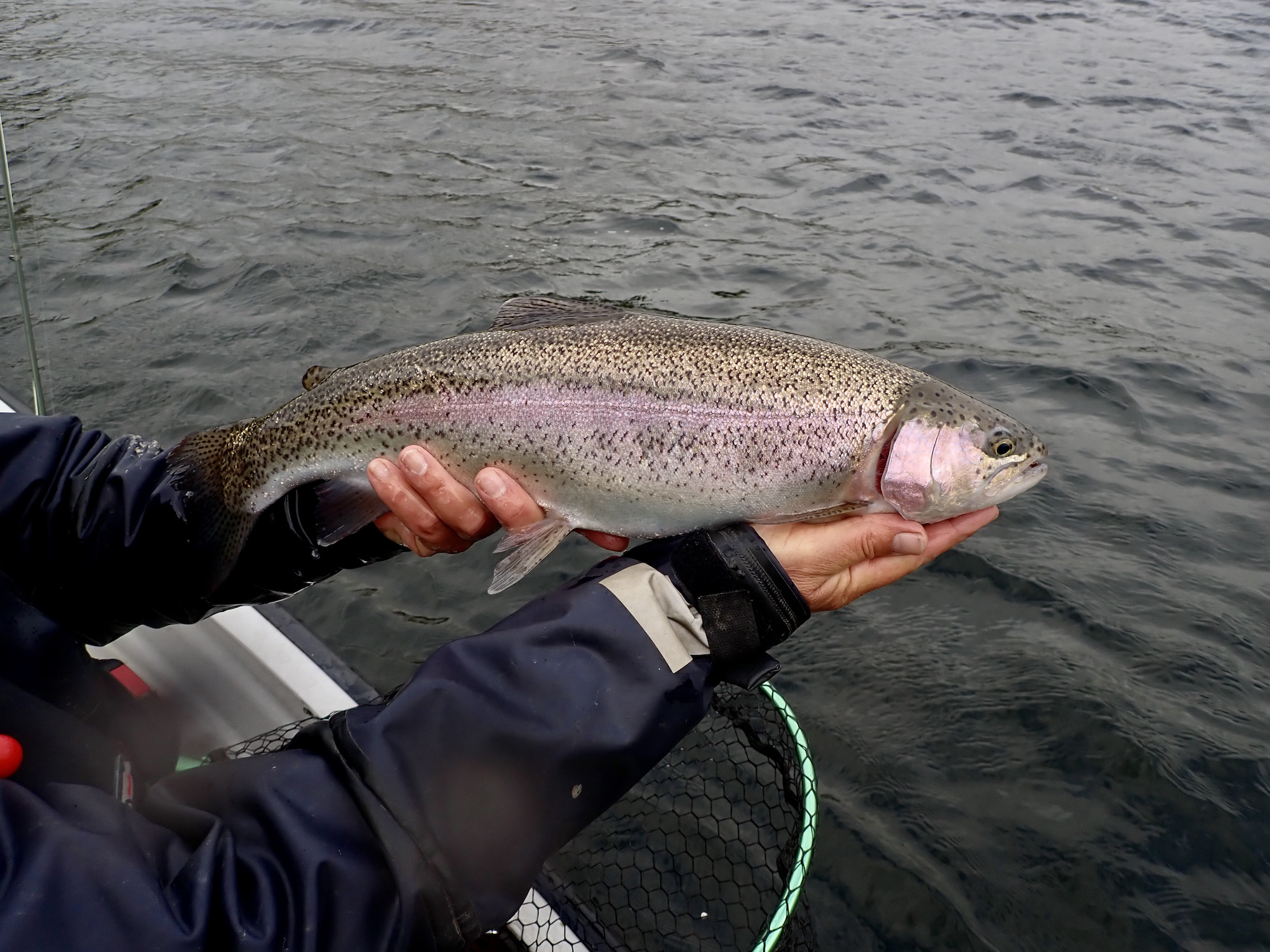 At this stage it looked like we were heading for a bumper day. But as the wind increased we decided to try our luck elsewhere on the lake. The wind was blasting into the shallows of Bessom’s and Rugg’s where we tried a couple of drifts before deciding to head up to the Upton Arm where we could enjoy more sheltered waters. 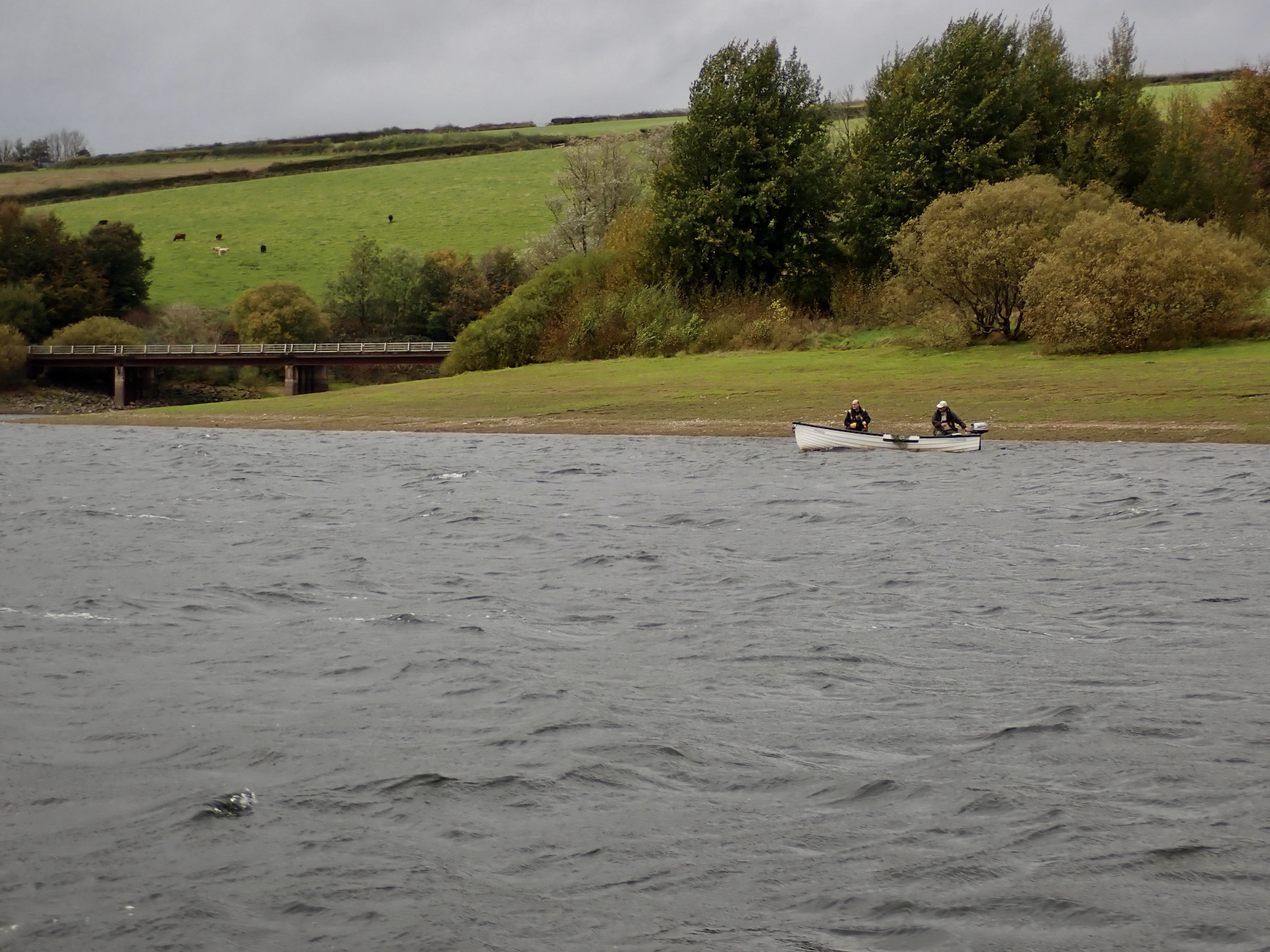 The wooded slopes of the Upton Arm were showing the distinctly Autumnal shades of golden browns. We drifted close to the shore where we tempted several beautiful wild browns each admired in the net before being released. 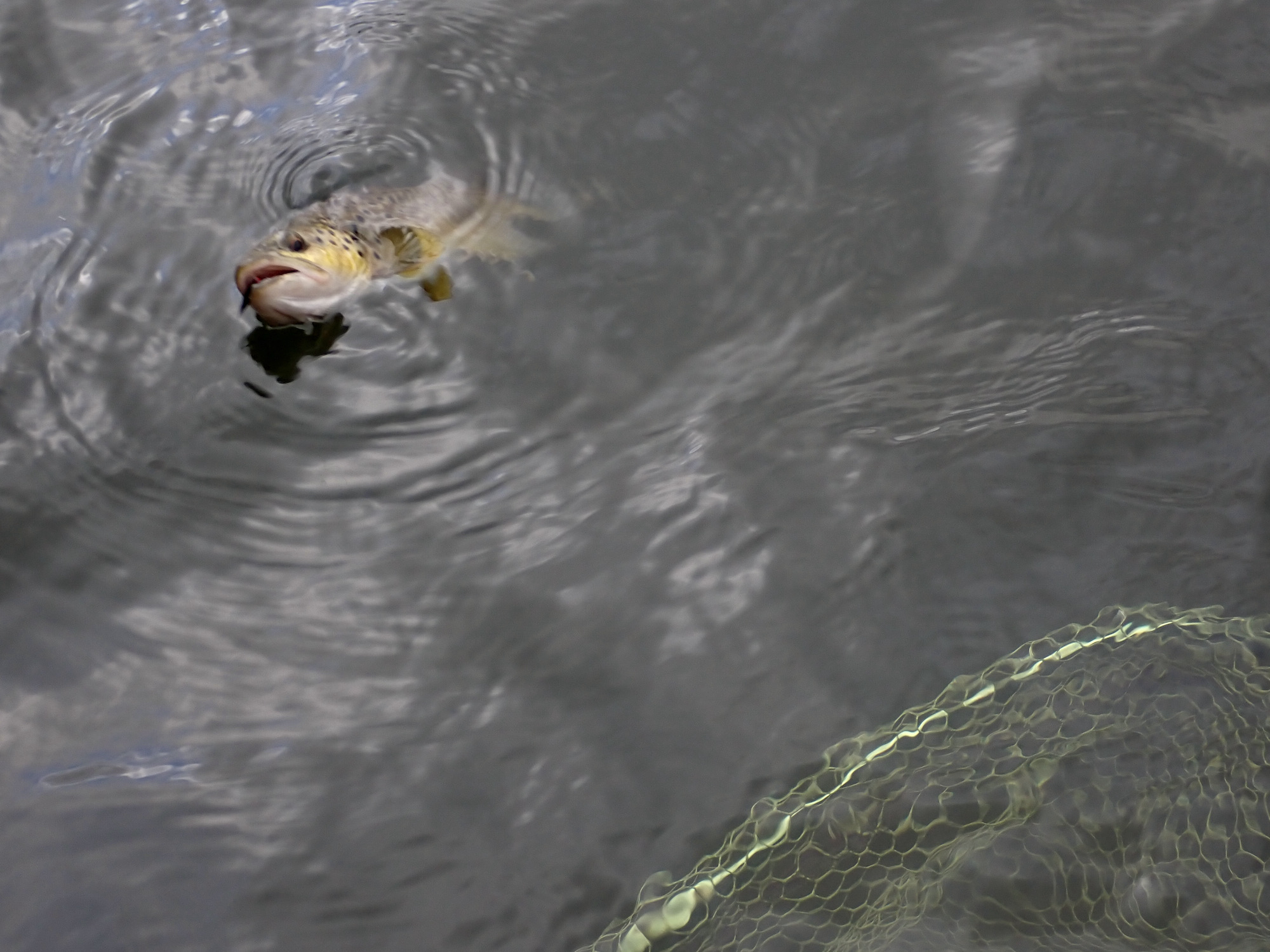 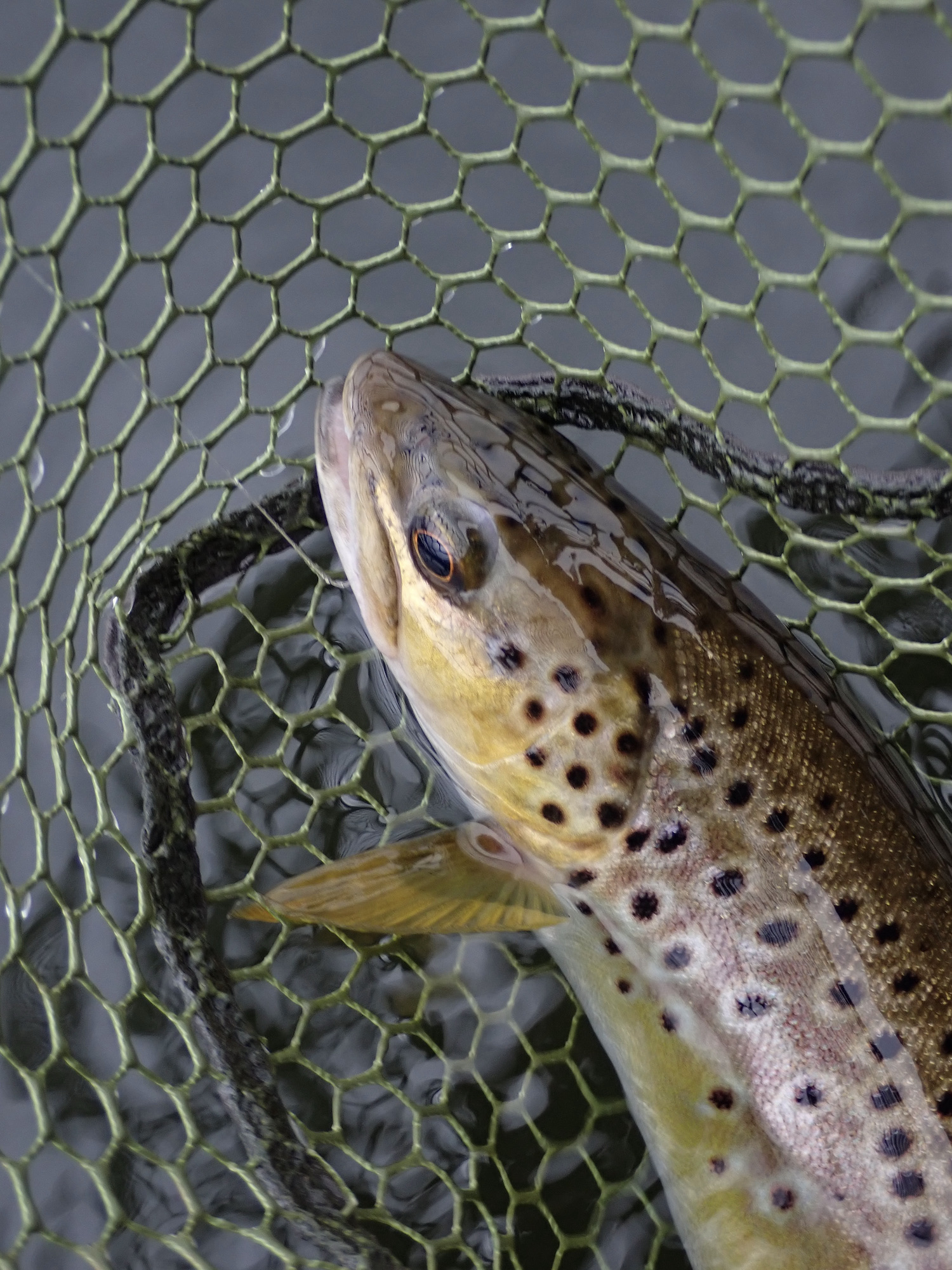 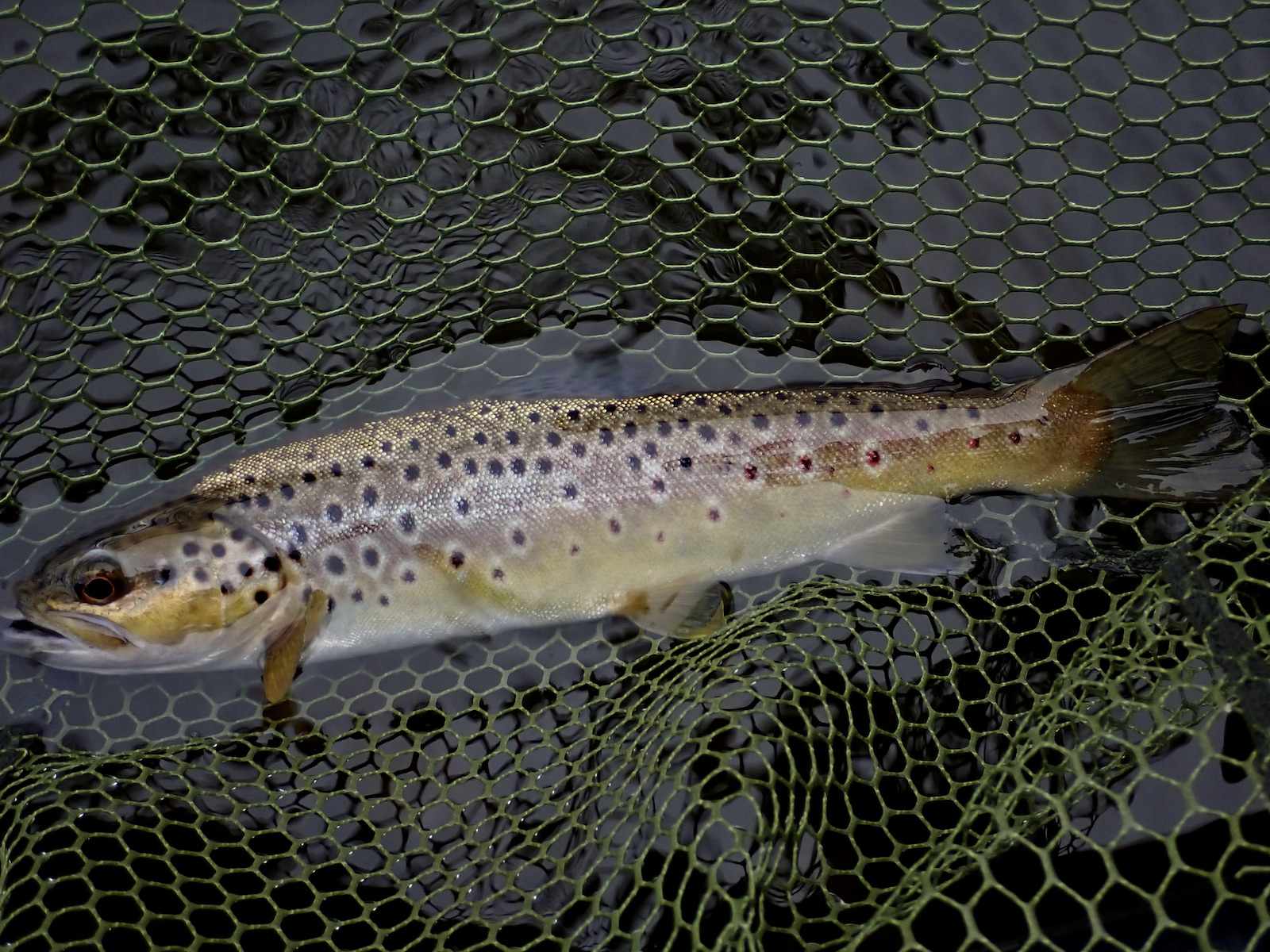 After a couple of hours without a rainbow we decided to head back into the wind. A drift across Cow Moor resulted in me hooking two good sized rainbows that came adrift after a lengthy and enjoyable scrap.

With the day ebbing away fast we headed back to the Narrows. A good sized rainbow teased as it followed the lure to the side of the boat before turning away at the last moment. This was repeated by a blue trout as we contemplated our last casts of the day.

Once again we had enjoyed a fantastic day with plenty of chances not converted into fish in the net. The strong wind had made everything hard work with difficult drifts, tangled lines and hard to find trout.

The joy of fishing these large waters is that they feel like truly wild lakes. The fish fight hard with their full tails and jewelled flanks. I hope to squeeze at least a couple more trips before the seasons end savouring the challenge of Wimbleball.