Many thanks to Andrew for allowing me to re-publish this article first published by Lakebed Leads on their website. It is always good to obtain interesting local articles on North Devon Angling so please feel free to send your articles to me @ North Devon Angling News.

South Aller for those who do not know it, is a deep two-acre pool shrouded in trees and steeped in mystery. It had everything that attracted me to carp fishing. A point divides the lake, creating a small pool a third of the size of the main lake. The banks are steep, the swims cramped, the margins snaggy and the carp unknown, at least they were to us in the mid-1980s. There had been a few odd captures over the years, but it was Paul, a good friend who was the first to exploit the pool’s potential.

Inspired by his initial success I was lucky enough to catch several fish over the next couple of years, and by the autumn of 1990 we had an idea of what the pool held. There were 10 to 12 mirrors present including several twenties and 8 to 10 single-figure commons which, although frequently seen, were rarely caught.

Up to then all the fish had been caught in the summer months, with no record of any carp being landed during the winter. This seemed like a good challenge to go for, so I set about exploring possible areas. A gap in the overhanging trees growing out of the cliff opposite peg 24 was the first area investigated. A clear spot was found, sloping from 18 to 22 feet, it seemed perfect. As did a shallower spot in front of peg 3, again casting against the cliff. These were previously unfished areas so I started pre-baiting them as this had been key to my summer success.

After a couple of weeks the first trip was arranged, accompanied by Mark Frith we arrived at the pool for first light. I set up in peg 24, and Mark opted for a swim known as The Weedbed, which wasn’t so aptly named because the weed had vanished some time ago. My plan was to fish two rods in the gap, which was made possible by trimming the ash tree at the side of the swim. It was still a difficult cast for the left-hand rod, but a gentle flick followed by holding the rod tip out towards the centre of the lake prevented the line catching on the overhanging branches. The 11ft 2lb tc rods we used at the time were perfect for this; very different from the heavy duty rods of today.

A third rod was cast along the margin in 15 feet of water. All three rods were baited with boilies made from a combination of bird food and milk protein, flavoured with ethyl alcohol-based cherry flavour and bergamot essential oil. The left-hand gap rod had a critically balanced pop-up tied to a swimmer type rig made from Kryston Merlin, the other two had boilies on line aligner rigs tied from Kryston Multistrand. The main line was the old faithful 11lb Sylcast.

Conditions were perfect, however Mark’s early confidence soon faded, with the pool looking dead, he wound in and walked round for a chat. As we drank tea discussing the situation, to our amazement, my middle rod had a steady take. Disbelievingly, I grabbed the rod and what was definitely a carp kited out into the centre of the pool away from danger. After a short spirited tussle, a mirror carp was drawn into the waiting net. The fish was soon recognized by the lump on its head;

a fish I’d caught before. At 15lb 6oz it had put on a couple of pounds, but its significance was far greater.

No further action occurred that day, and with no night fishing allowed, we packed up at dusk. The following weekend I set up again in peg 24 at first light. With two rods in the gap, the third rod this time, was cast towards the main pool side of the point. A spot where I had seen fish crash out in the summer. Although it seemed too deep to fish a bottom bait on then, it didn’t now. It was bitterly cold with odd showers of sleet, poor conditions and prospects looked bleak. Again I had a take mid- morning on the rod in the left-hand side of the gap. Again the fish kited obligingly out and into the centre of the pool and I remember vividly how deeply it fought. This time a much larger fish was guided into the net, at 24lb 7oz and unrecognized it was a special moment.

I went on to catch many more winter fish at South Aller from peg 24 casting into the gap, and from peg 3, casting to the cliff, but nothing surpassed those early pioneering captures and the sense of achievement they gave. The fishing there was so very different from most venues now. The cramped swims, a far cry from the wide open swims of today which are often big enough to erect a marquee.

The last fish I caught from the pool was a mirror of 23lb 11oz in November 1995. Other anglers came along after me and did well, Adrian Furse and Shaun Passmore are two that spring to mind. A couple of years later the club took advantage of some free carp and stocked over 80 carp up to mid- doubles. The older fish struggled and the big fish disappeared. Although things can’t stay the same it felt a shame that the club had accelerated their demise.

Most venues have a golden period and I was lucky to have been fishing South Aller during its ‘golden years’. 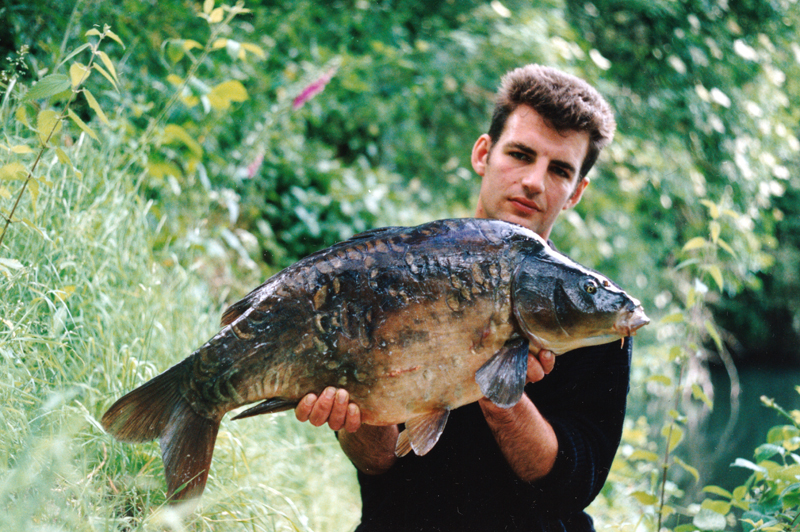 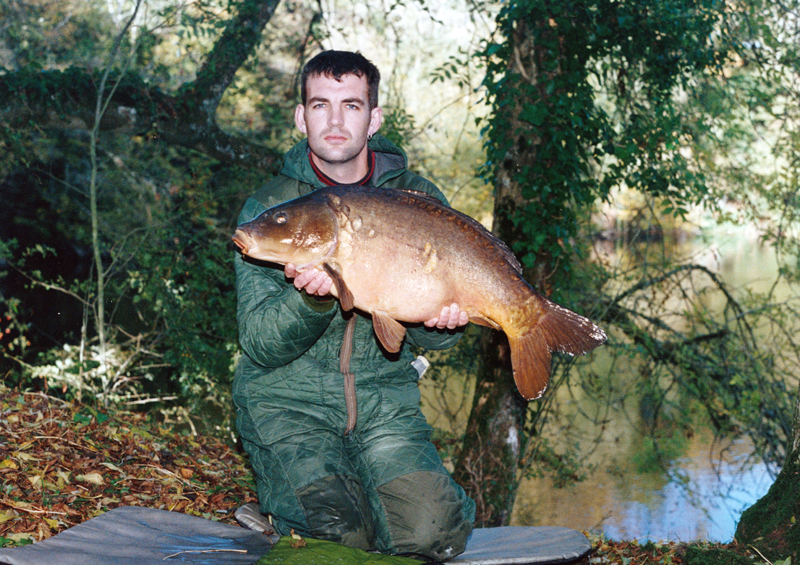 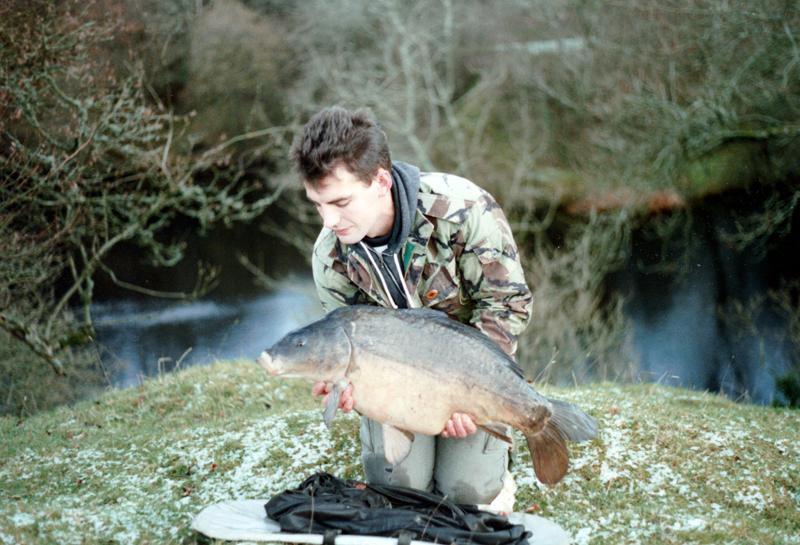