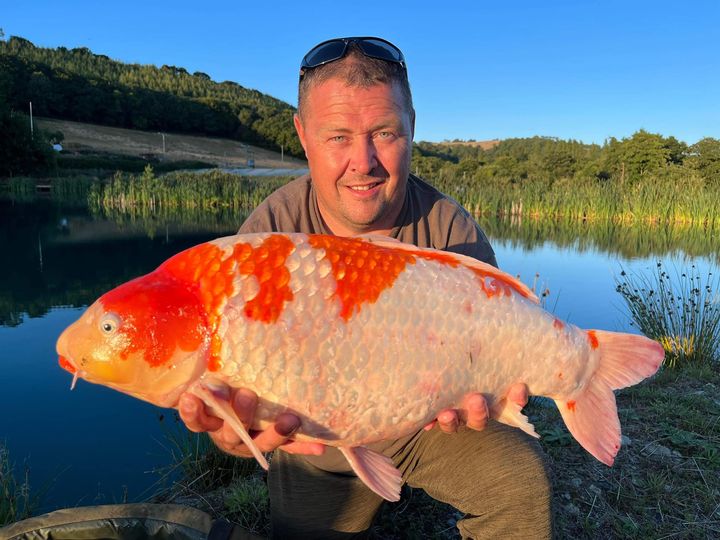 David Jenkins pictured here with a colourful koi of 18lbs caught on his latest trip to Bulldog Carp Fishery in North Devon! 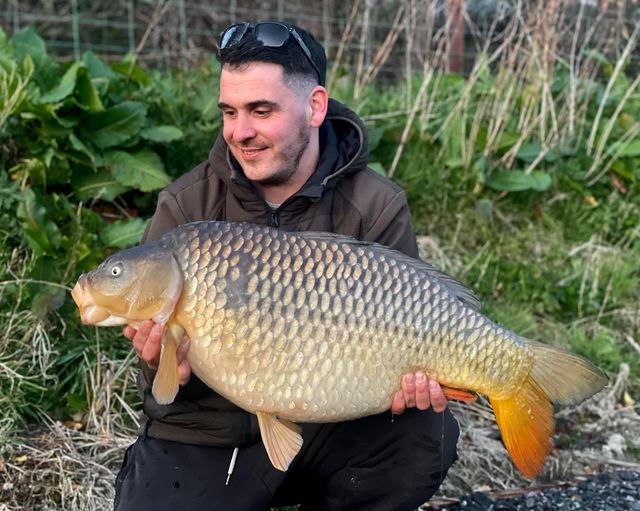 Richie Eaton was lucky enough to be invited for a nights fishing at the new carp lake which is soon to be opening to the public for day tickets  this common being the biggest of a couple fish landed.

I will announce full details of opening as soon as I receive them along with a full report on my own visits to water. 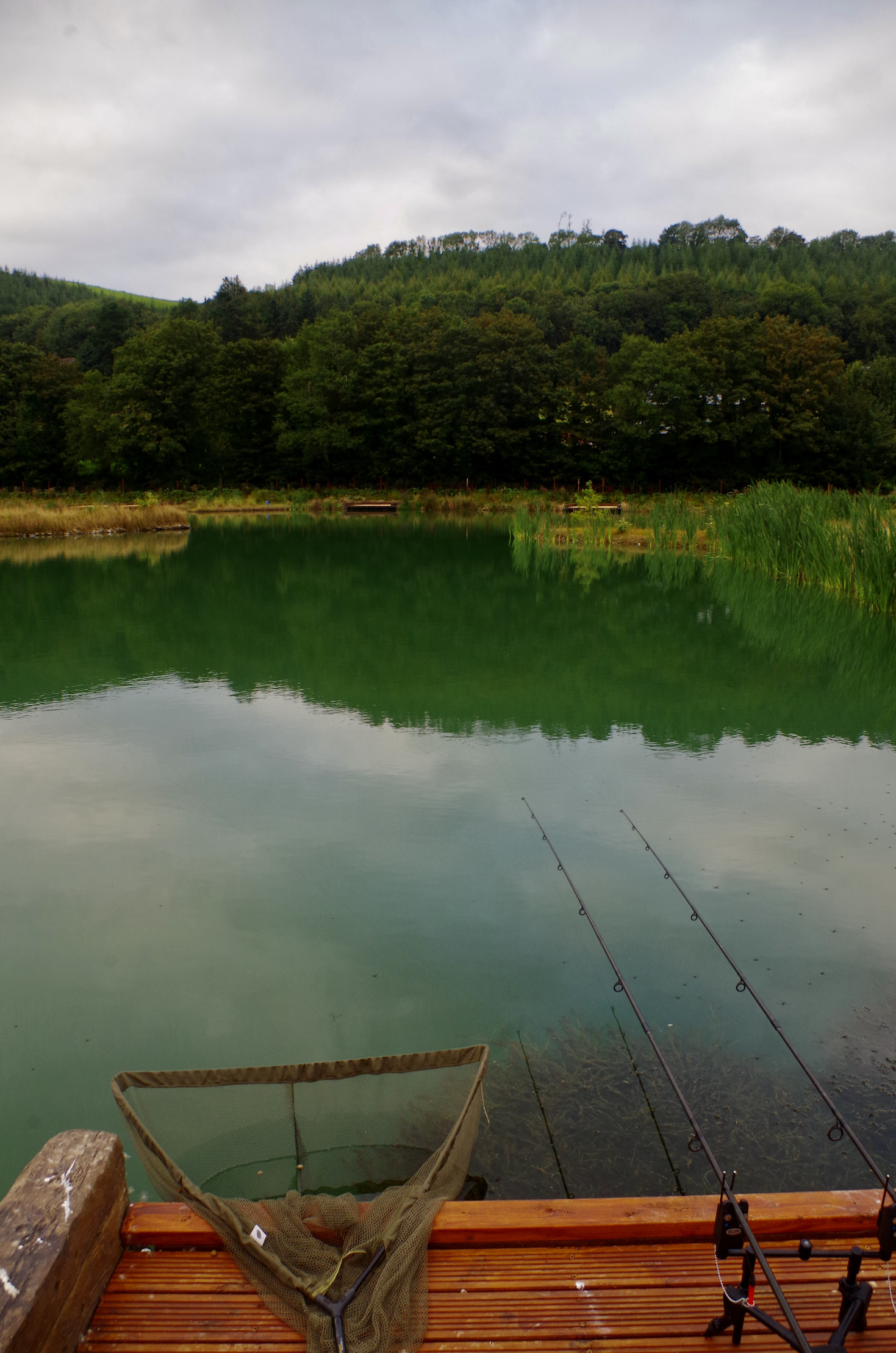 A smashing first trip to Bulldog Trout Fishery for Keith, Dave and Howard. Braving the cold weather the lads had great results, keith finished the session with 4 fish, biggest of which 4lb6oz and a combined weight of 15lb8oz! Dave also managed 4 fish of a similar size and Howard ended with just the two. 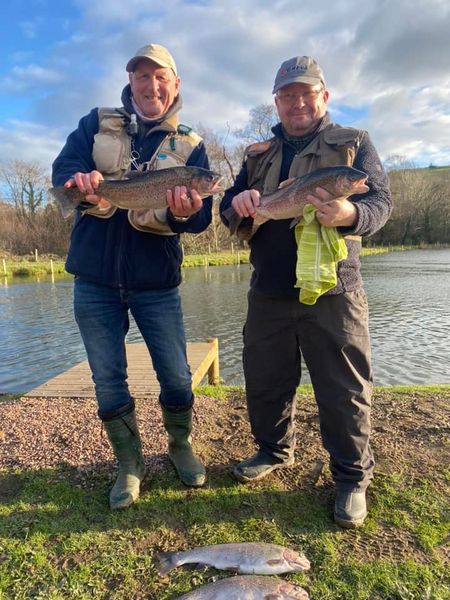 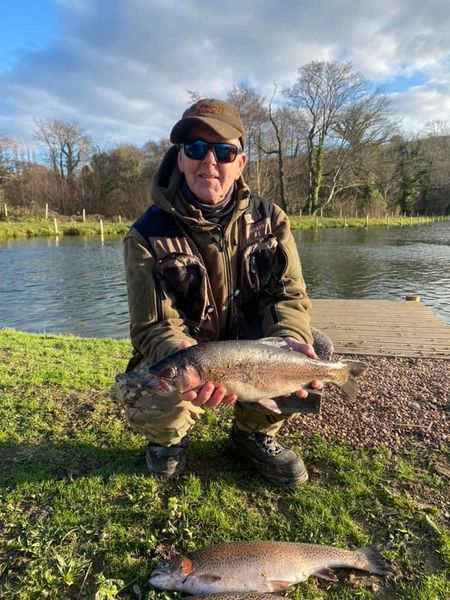 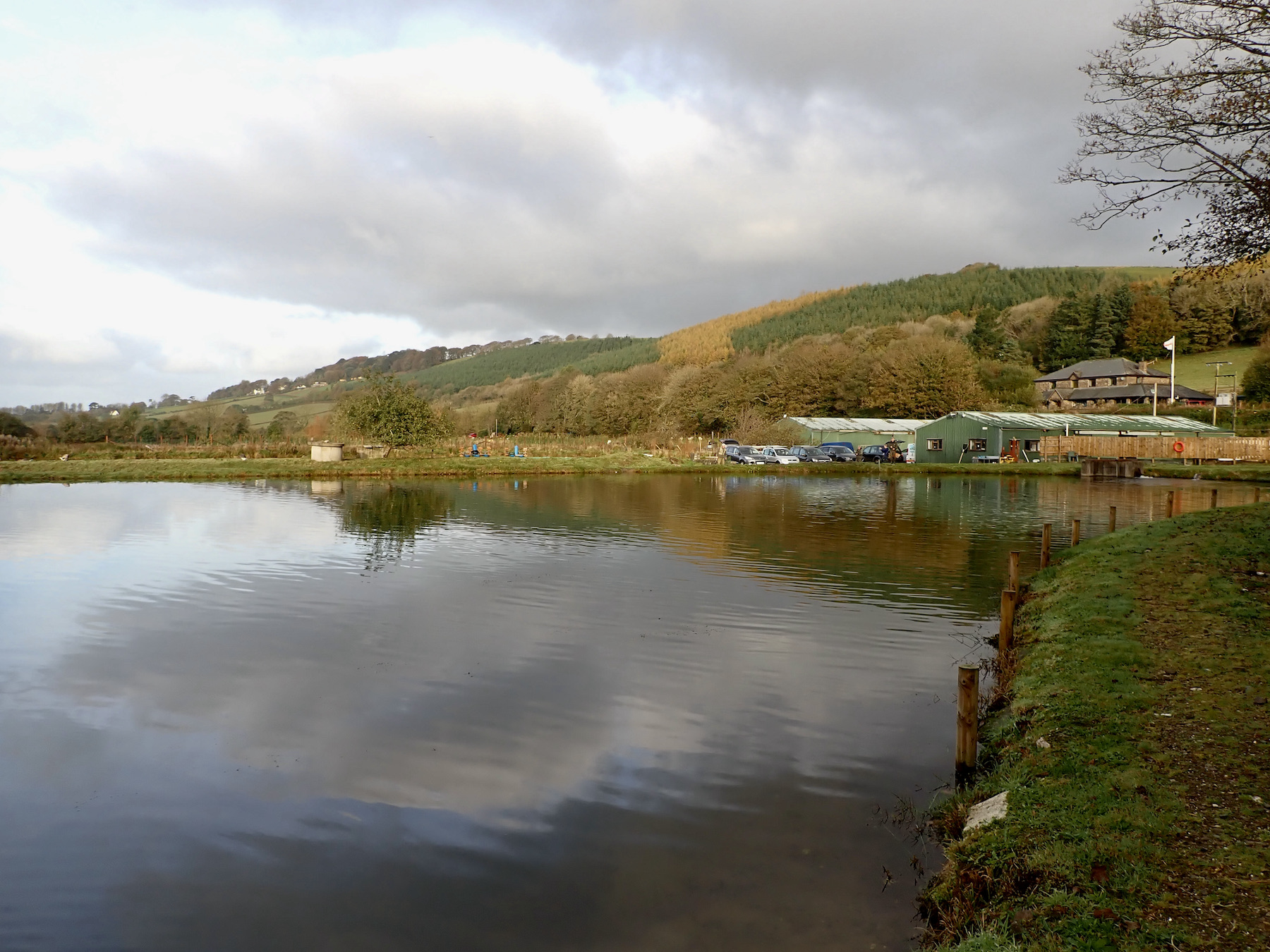 I joined eight members of South Molton and District Angling Club at Bulldog Fishery where a good days sport was enjoyed. It was a surprisingly mild and sunny day for early November and several good sized trout could be seen cruising in the clear water. 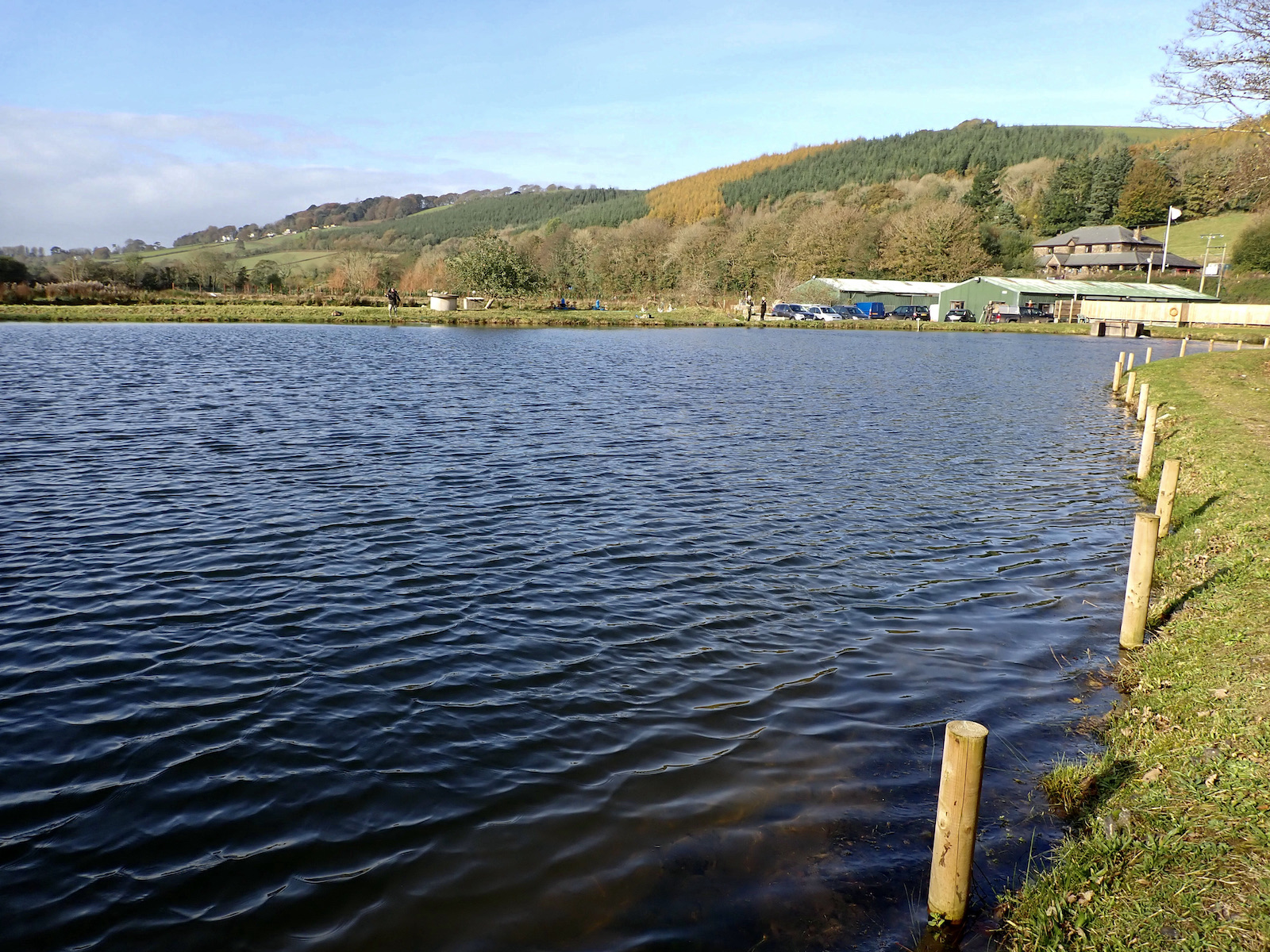 Bulldog is a small water and  eight members is close to the maximum comfortable number for the water. But with all members being friends and it being very much a social event the fact that lines came close at times didn’t matter. 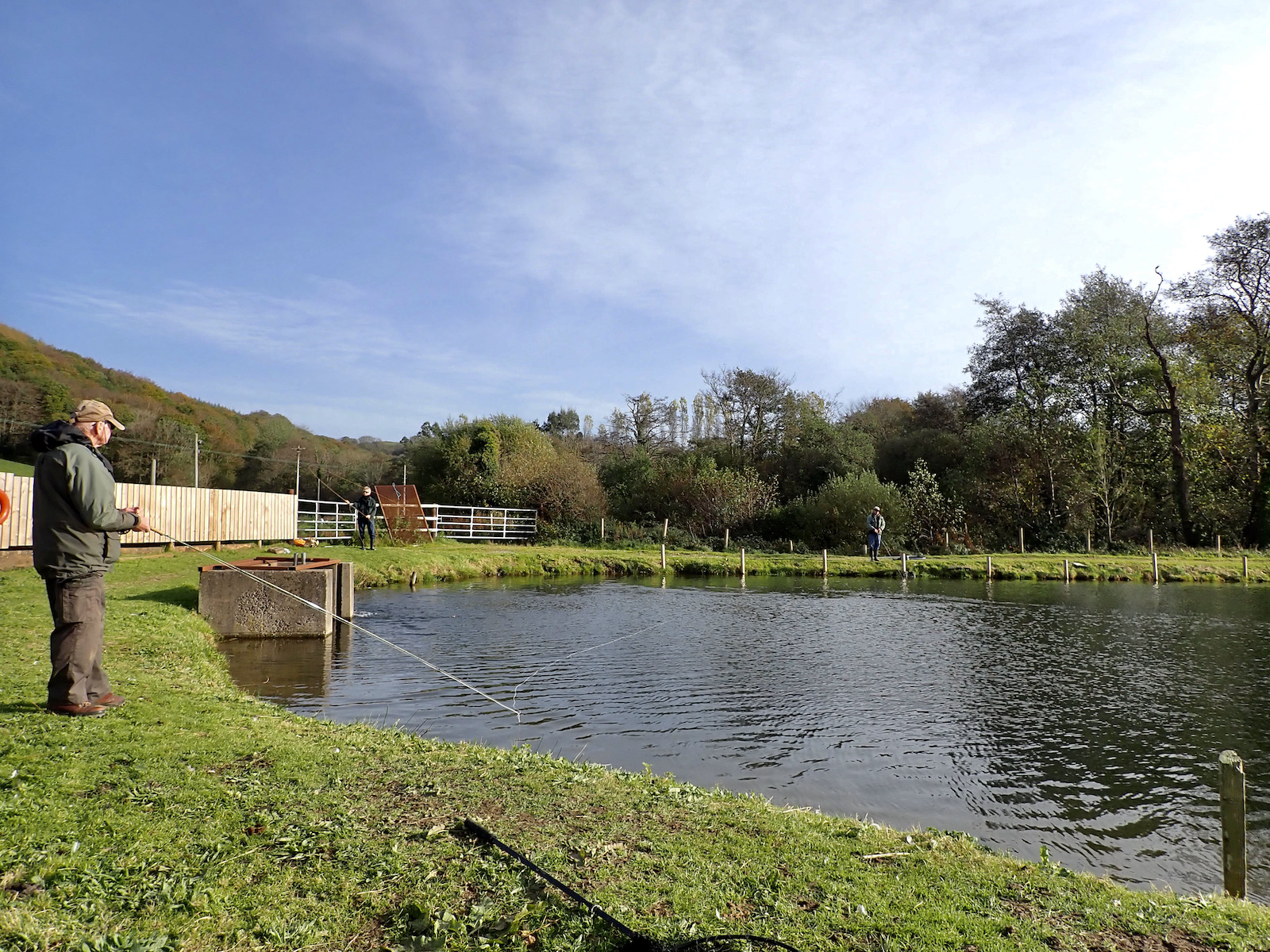 The hotspot seemed to be close to the lake inlet where several fish were showing including a large fish well into double figures. Small imitative patterns seemed to be the way to go with several fish tempted on montana nymphs. My first fish of the day succumbed to this pattern with a further three falling to small gold head PT nymphs. 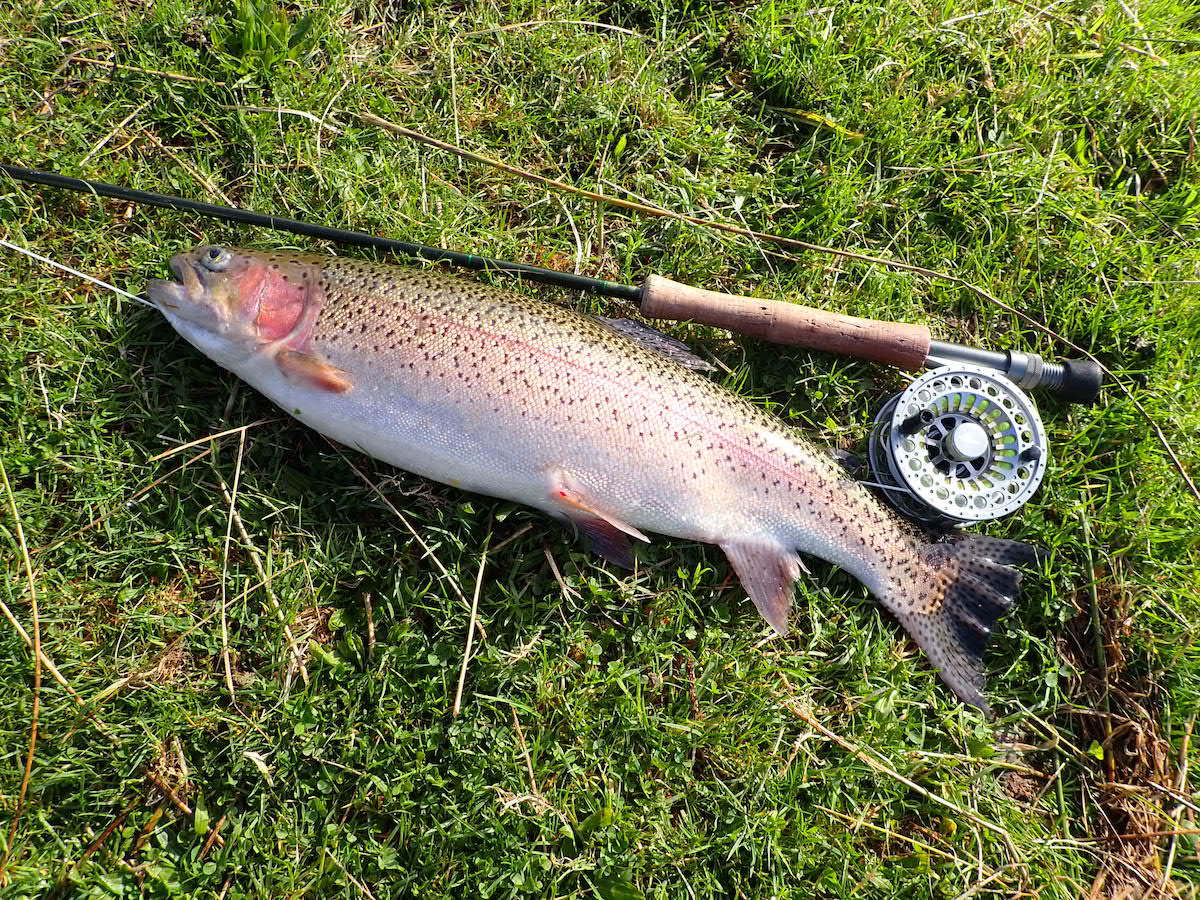 I believe at least half the members ended the day with four fish limit bags with most fish weighing between 3lb and 5lb. 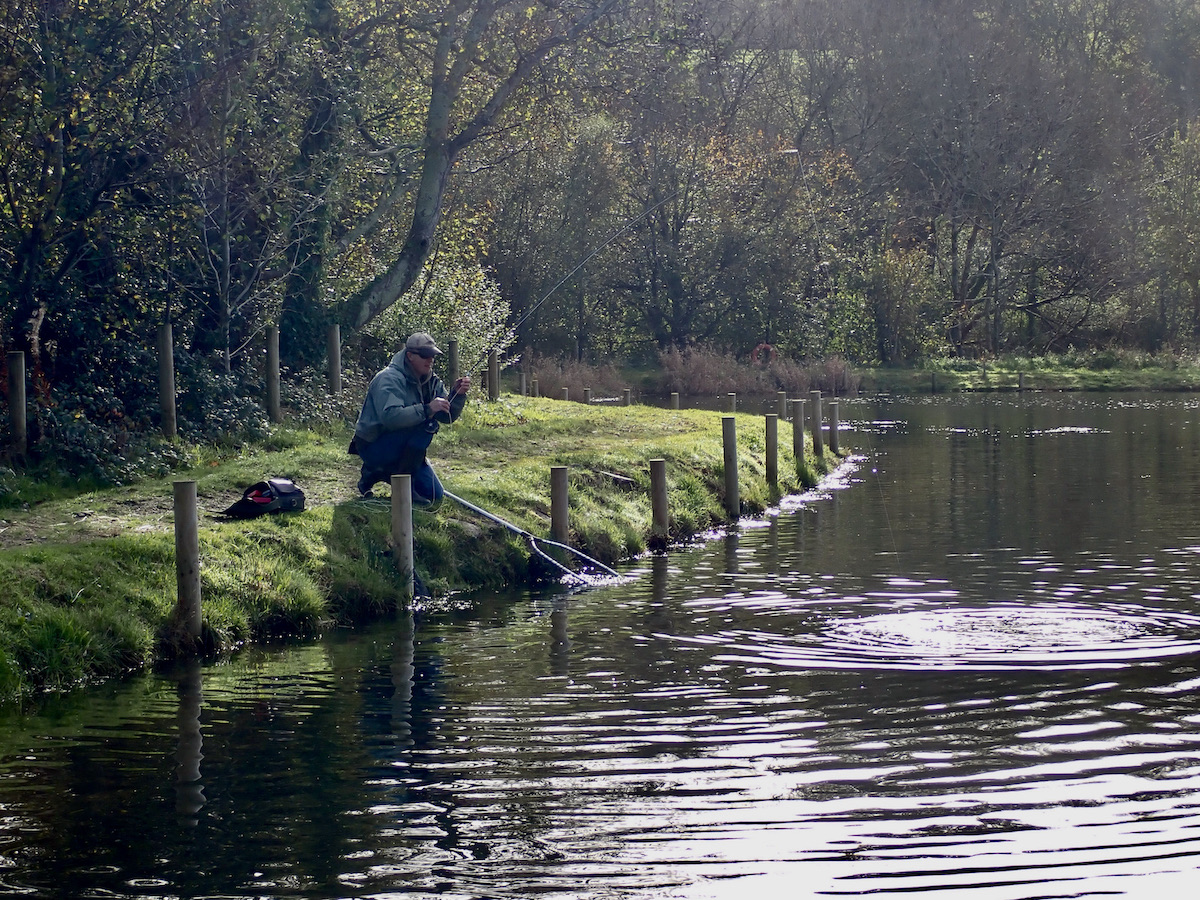 Bulldog is an intimate water that is stocked with rainbows averaging over 3lb and browns into double figures. It is a perfect winter venue that offers good sport and a good chance of a double figure fish.

It’s an exciting time of year as winter passes with new fishing adventures on the horizon. Today was the last day of winter yet at this time of year the seasons seem to fluctuate from day to day and even from morning till night.  There was frost on the grass when I looked out of the bedroom window as the moon sank beneath the tree line and the sun rose from the opposite direction illuminating the fields as the frost  melted away in a warm dawn glow.

I was fishing at Bulldog fishery which is less than five miles from my home so truly local. The lane to the fishery winds down through woodland and between the remains of the old Lynton to Barnstaple Railway. The Fishery is located beside the Barnstaple Yeo that was running high and clear its sparkling water flowing into the  top of the lake. I have been meaning to pay the fishery a visit for sometime after seeing some stunning images of its big brown trout. 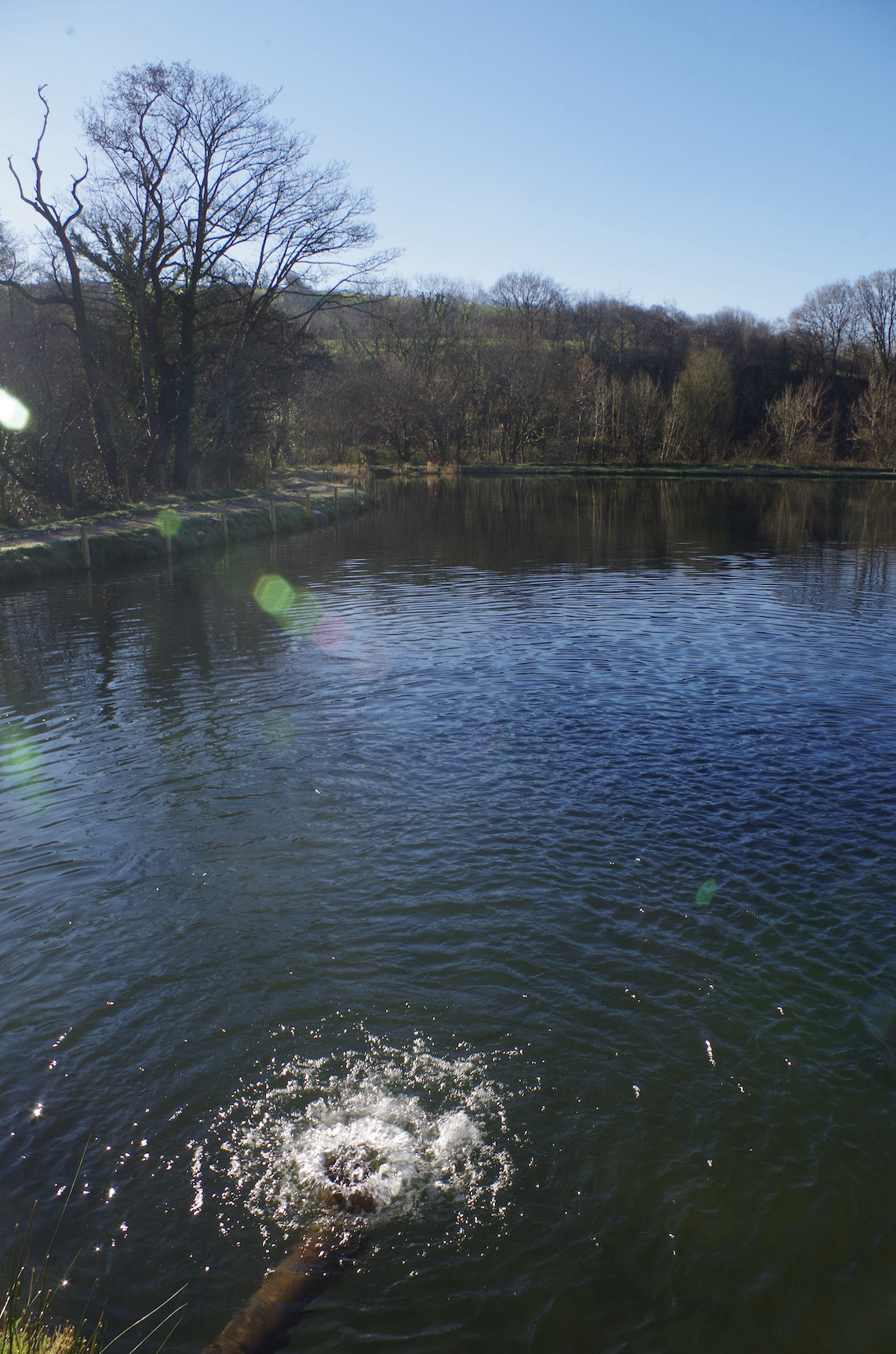 I set up and walked the fishery bank peering into the clear water. The shaded far bank proved an ideal vantage point with the sun behind me I could see clearly into the lake. The downside of course was that my shadow could also be cast onto the water alerting the fish of my presence.

The trees would hopefully break my silhouette. Half way down the Lake I glimpsed two very large trout just a couple of rod lengths from the bank. I pulled a few yards of line from the reel and wetted the damsel nymph in the margin. The line was carefully flicked out in front of the trout; my heart was in my mouth the fish turned towards the fly eyeing it with intent for a moment before turning away showing disdain at my offering.

Such chances are often fleeting but it was an exciting start to the trip. I moved along the bank and put a long line parallel to the bank. After a couple of pulls the line drew tight and a trout pulled back. An impressive brown trout its spotted sides showing clearly in the gin clear water. The trout close to five pounds was certainly a great start to the day. 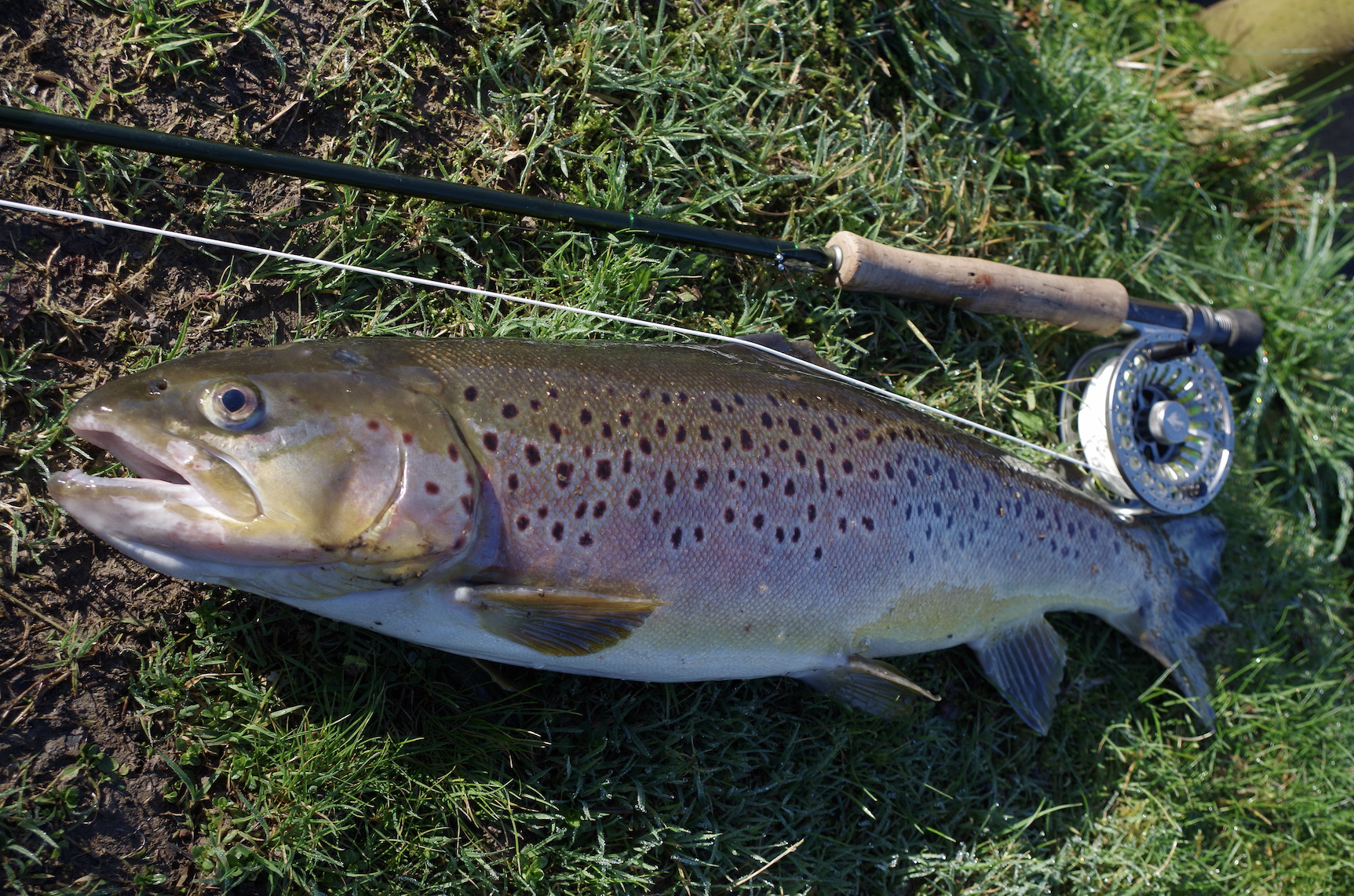 A few casts later a rainbow chased the olive damsel nymph close to the bank where I saw its mouth open and engulf the lure. 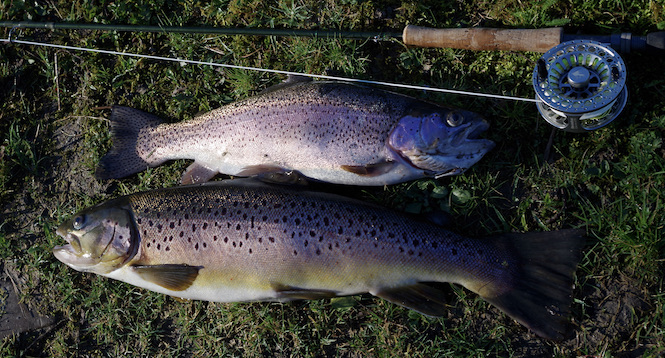 With two trout on the bank I was pleased to take a break from fishing and chat with the fishery owner Nigel Early about his exciting plans for the fishery. The trout lake is due to be considerably enlarged to provide far more bank space making it an ideal venue for visiting clubs or small groups of anglers. This is an intimate Stillwater trout fishery that contains some huge brown trout up to 15lb that are undoubtedly wily and worthy targets. The fishery policy is for all browns over 5lb to be returned carefully to the water preserving a valuable asset and ensuring that visiting anglers have the chance to catch the fish of a lifetime. There are two day ticket options; four fish £30 or five fish £35. Large returned browns do not count as part of this bag.

Nigel is no stranger to big trout and was proud to tell me that he had provided stock fish from the trout farm that have set English, Scottish and Welsh records Including rainbows of 26lb 9oz (Welsh) and 24lb 6oz ( Scottish).

Another project underway is a carp lake of several acres that has been stocked with ten carp over thirty pound and another 120 carp ranging from low doubles to mid twenties. There will be ten swims on the lake that should open in early May and will undoubtedly provide some exciting fishing. I feel sure that the lake will mature nicely over the coming years to bring a valuable carping venue close to Barnstaple. 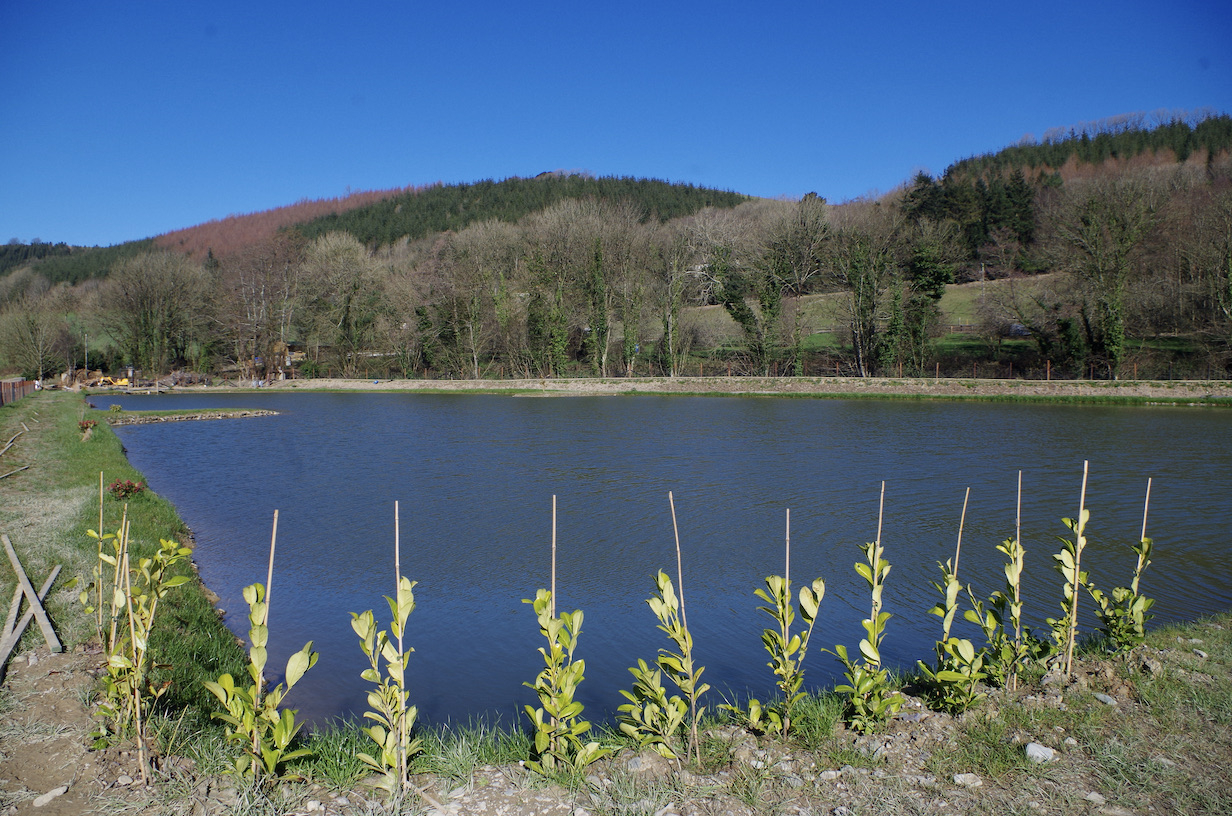 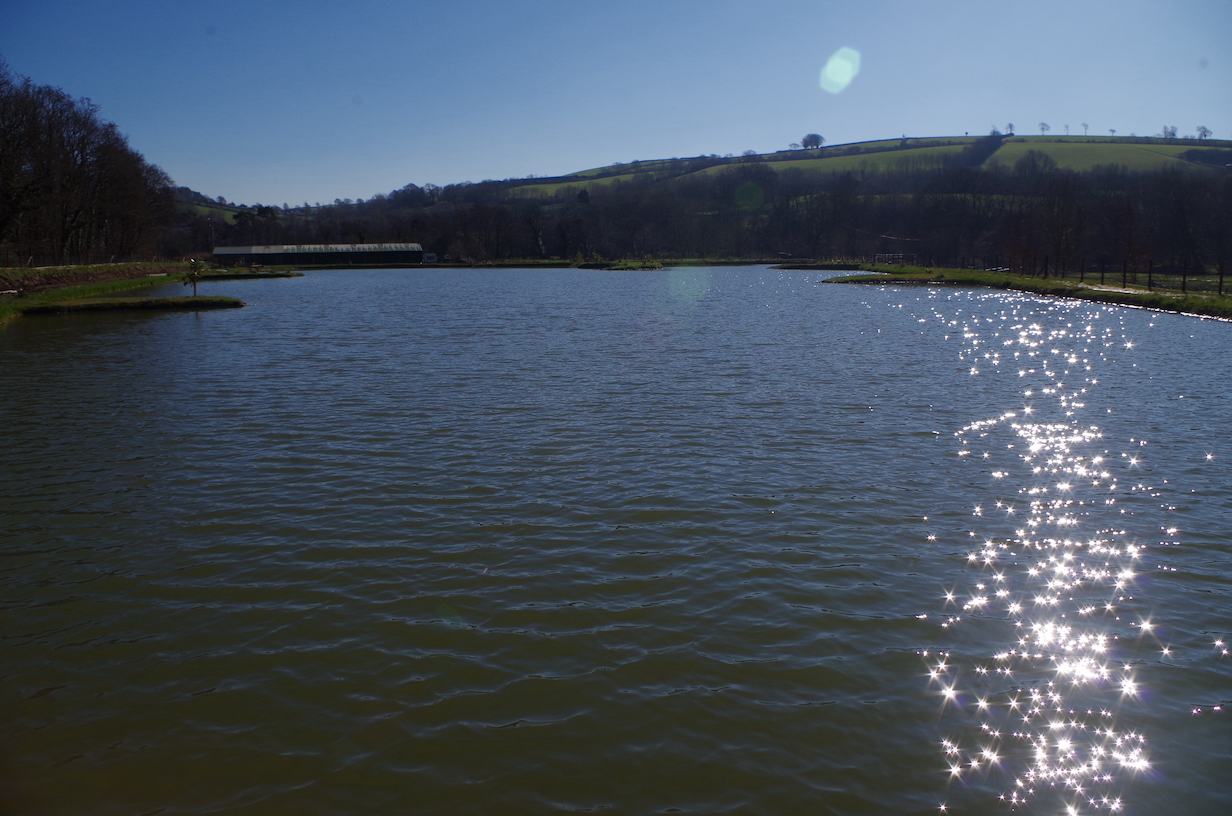 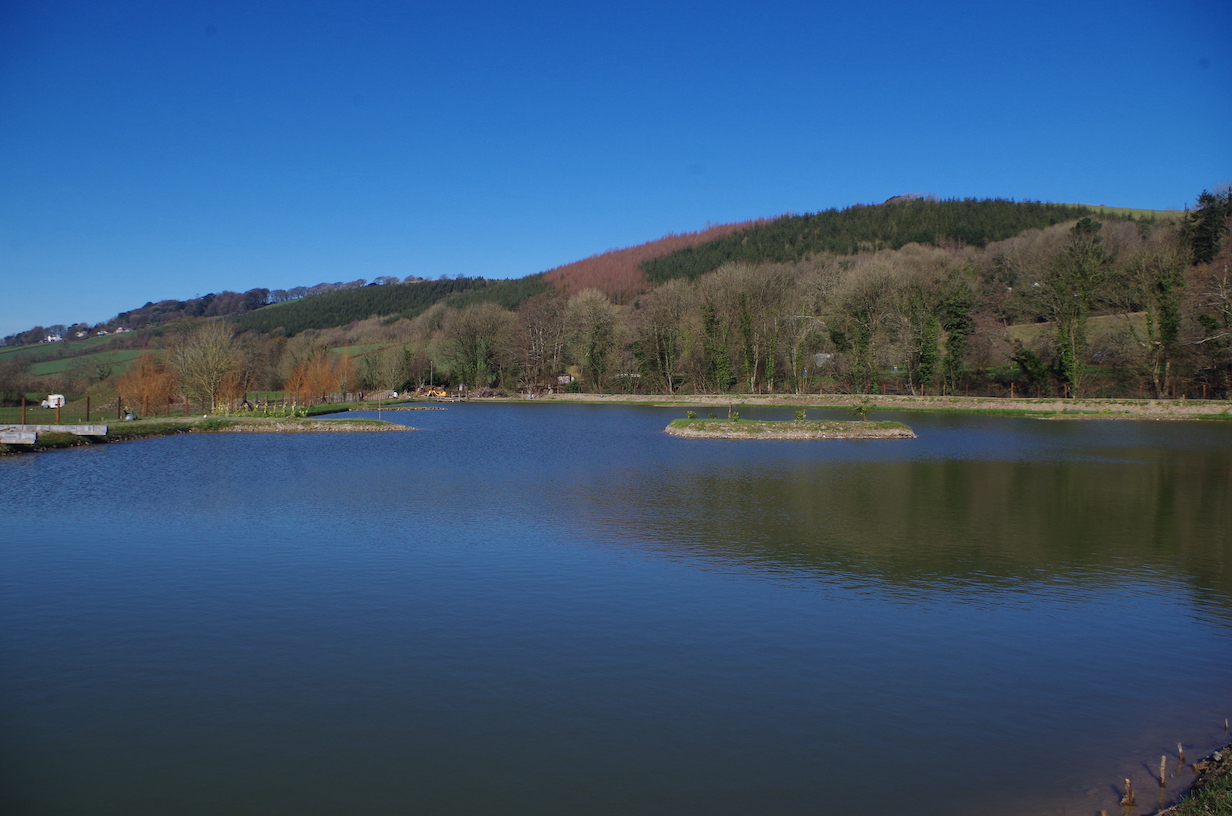 After leaving Nigel to continue his work I returned to the trout lake where I managed to spot another huge brown trout that once again frustrated my efforts swimming at my nymph before turning away and disappearing into the depths of the lake. Several good sized fish were showing near the inlet and followed my olive damsel before turning away. With the sun beaming down from a clear blue sky it was undoubtedly time for a little finesse. A bead headed nymph was flicked out and the lines tip twitched. A 4lb plus rainbow was added to my bag. With Sunday dinner waiting I reeled in and headed for home thoughts of big browns etched on the minds eye. 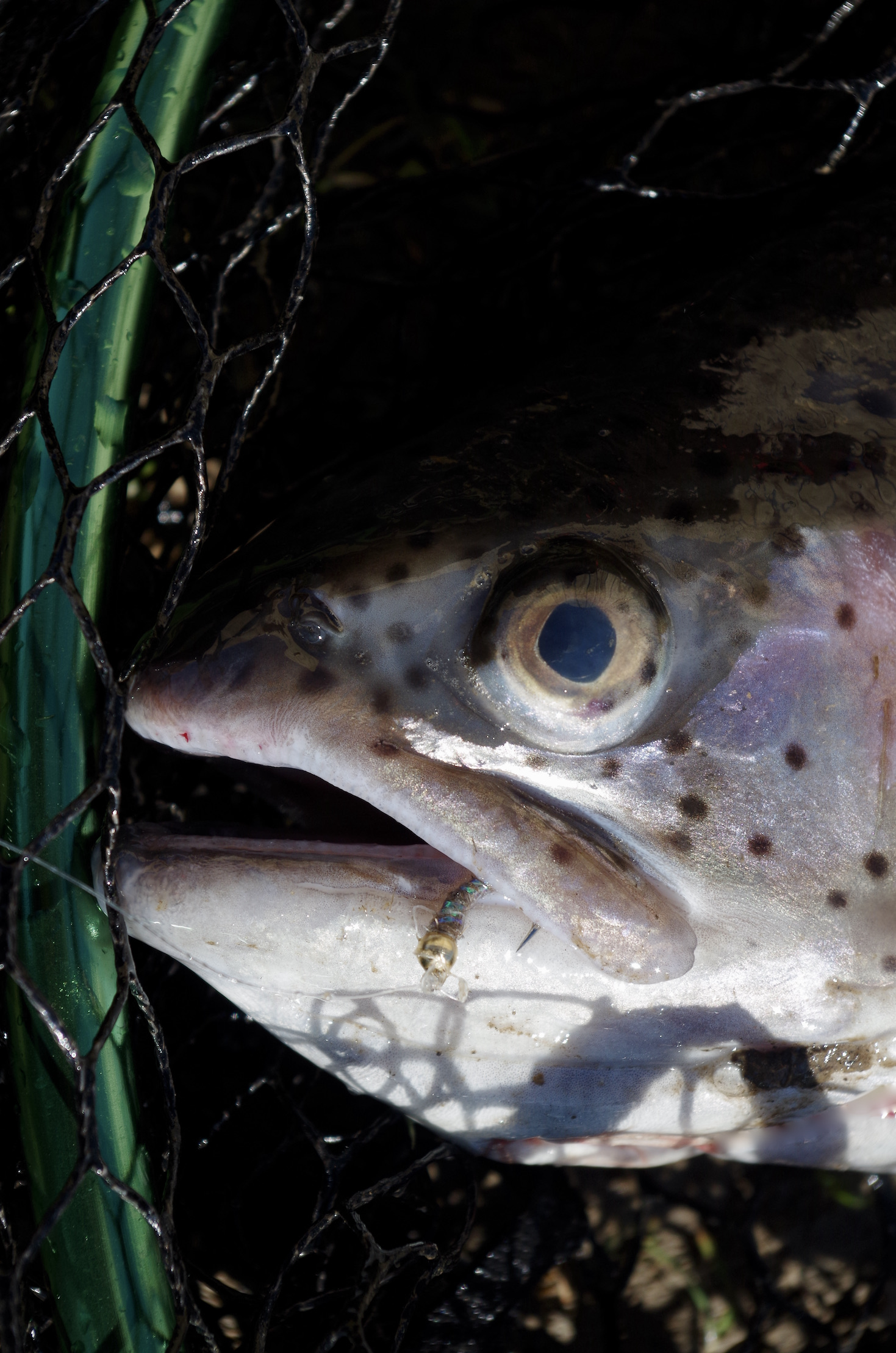 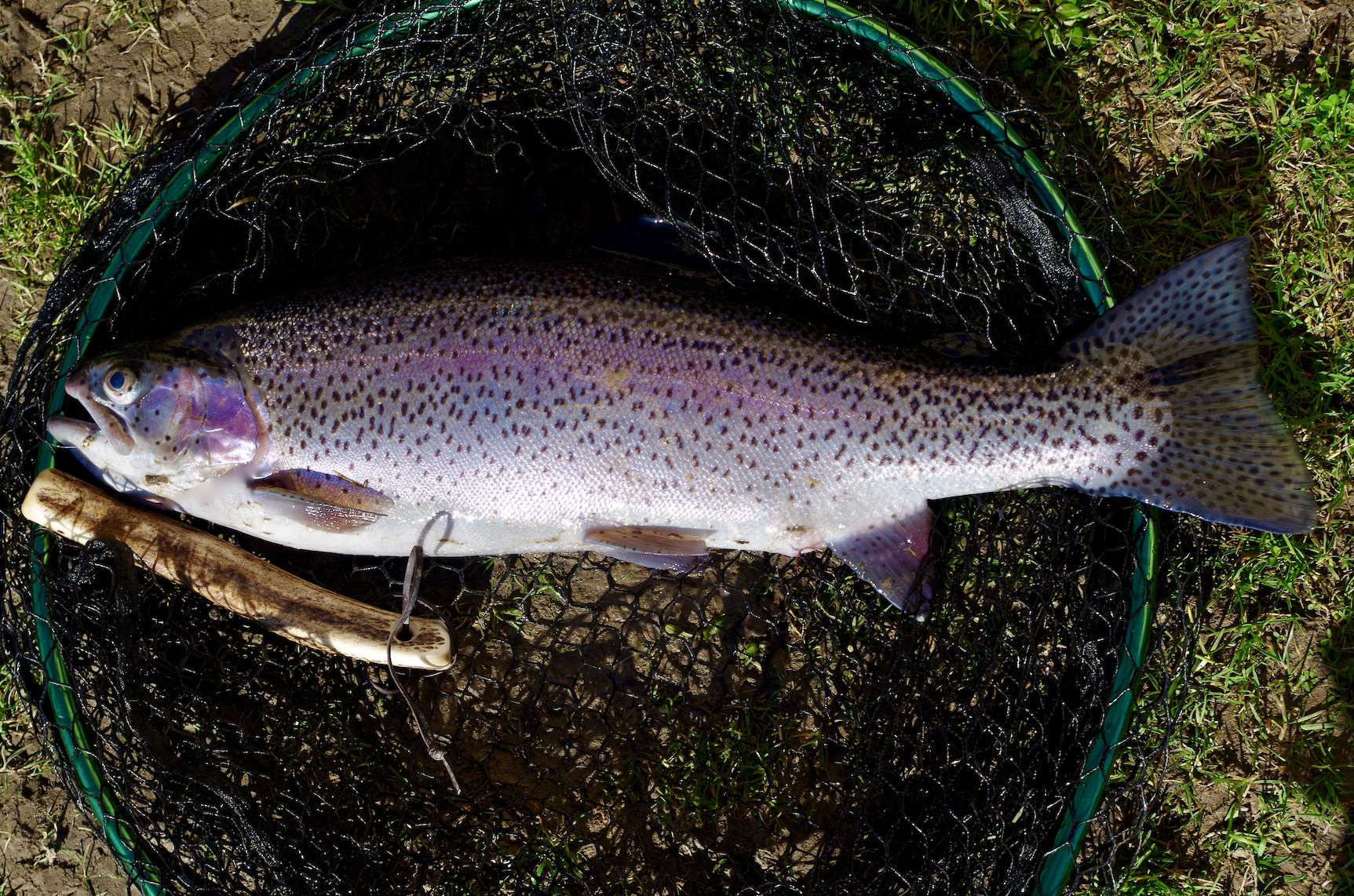 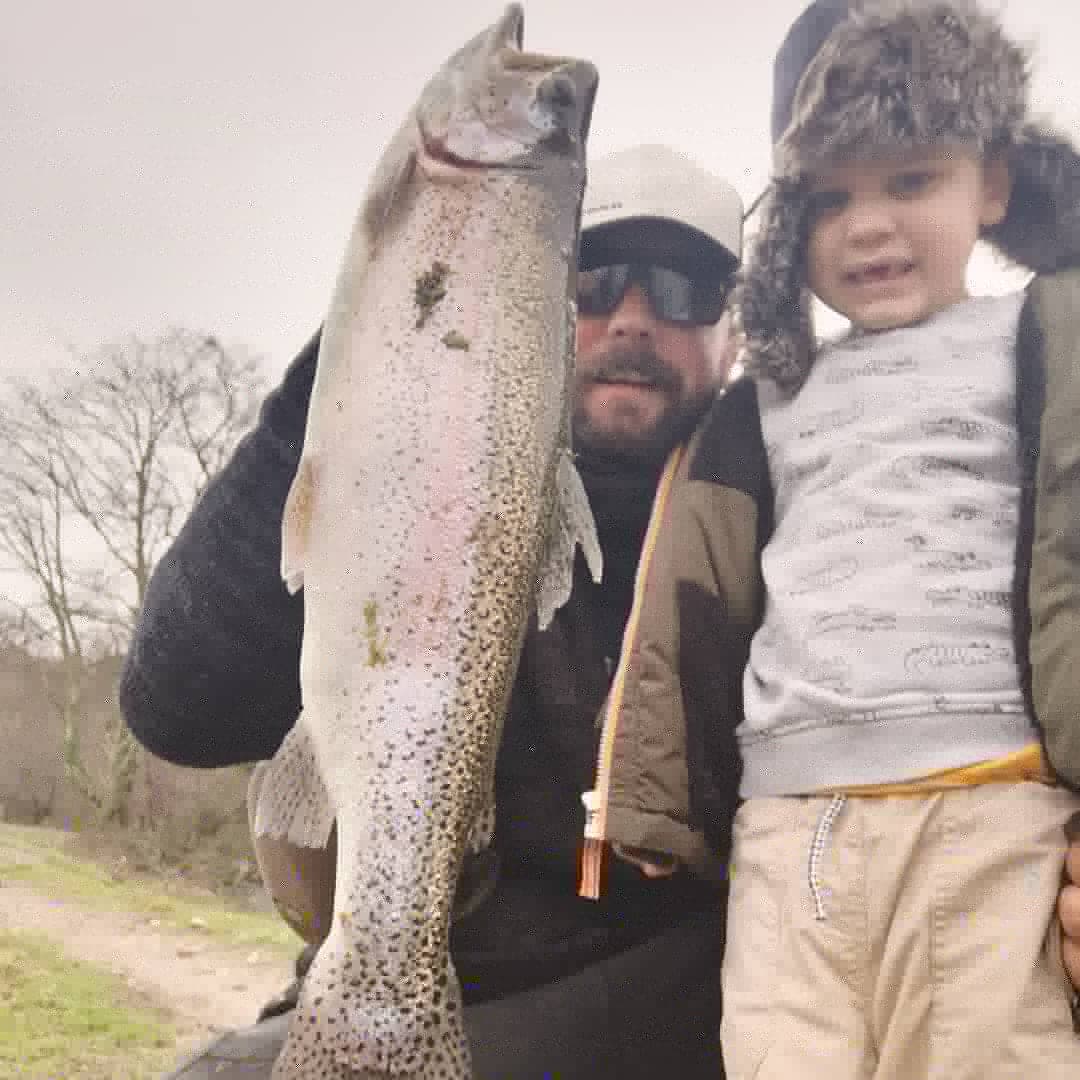 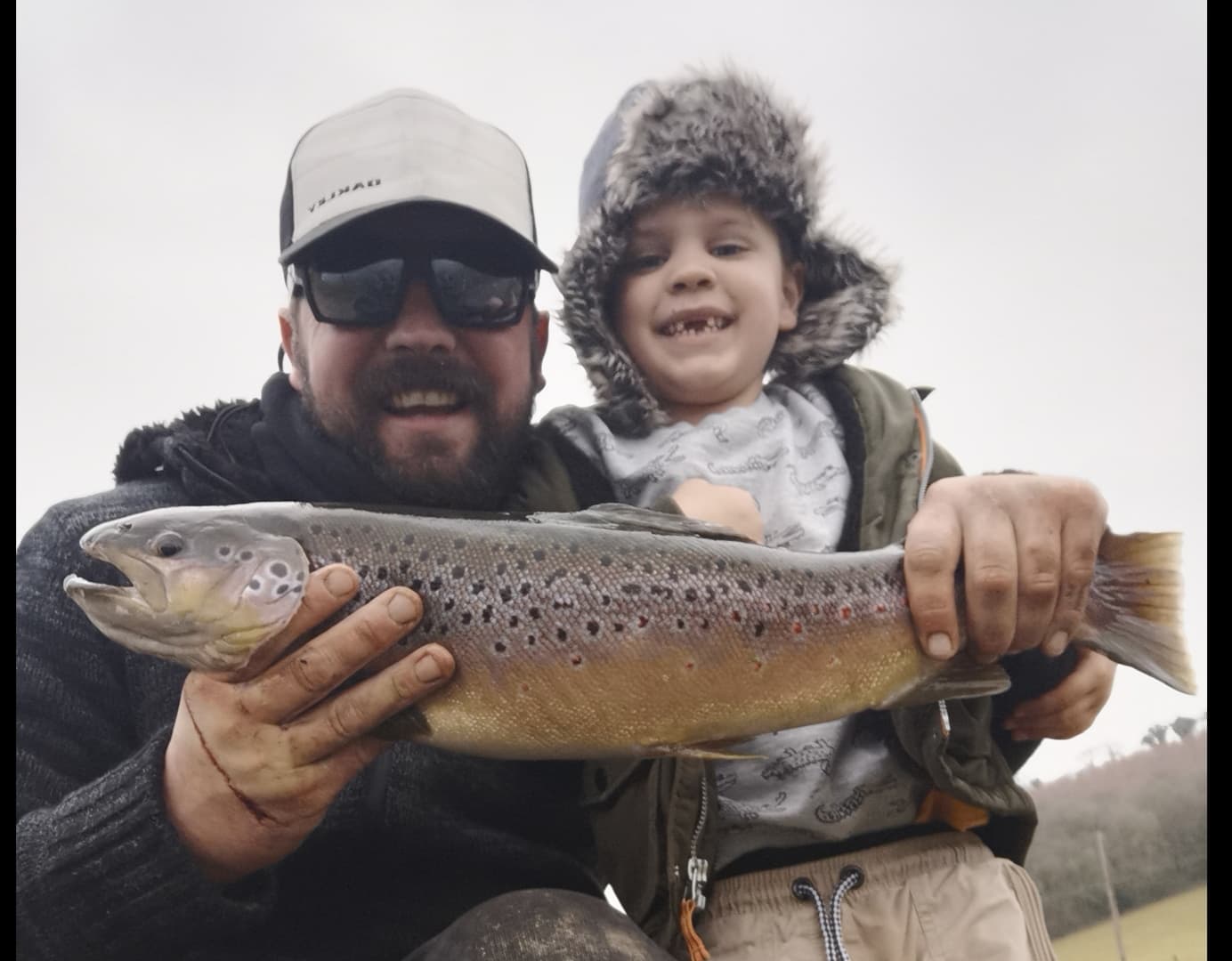 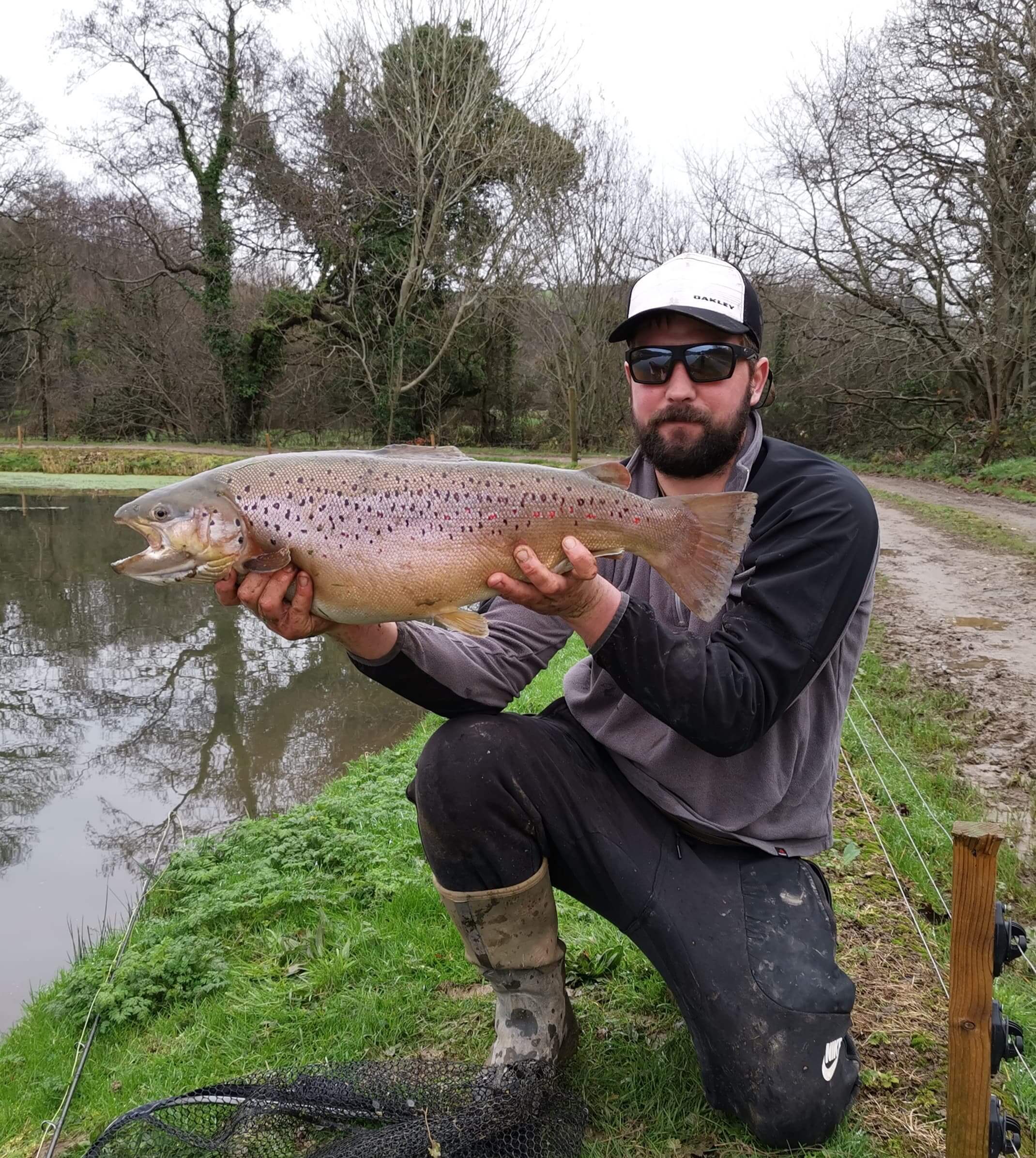