With the help of Paul Carter from the Environmental Agency B&DAA have added stocks of Tench and Crucian Carp plus further quantities of ‘Silver Fish’ for this coming year. Further extensive tree work and pond access is in the pipe line to enable easier fishing access with close car parking.

The game section’s water at Newbridge will, weather permitting be fishable as soon as we get a drop in water heights. The club also has subsidised ‘private beats’ available to it’s members on a day ticket basis on the Upper Taw, Lower Torridge & the famous Blackpool Beat on the River Exe.

There are still membership vacancies in both Course & Game sections at £35 for the whole season. 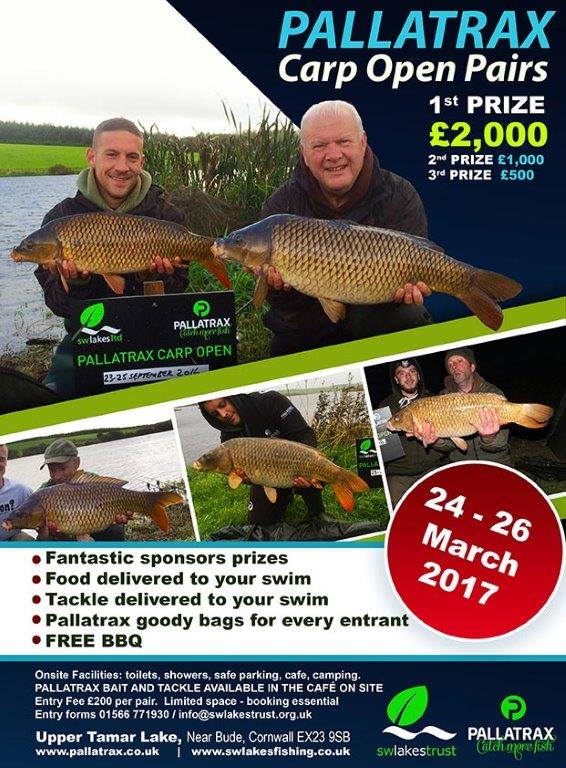 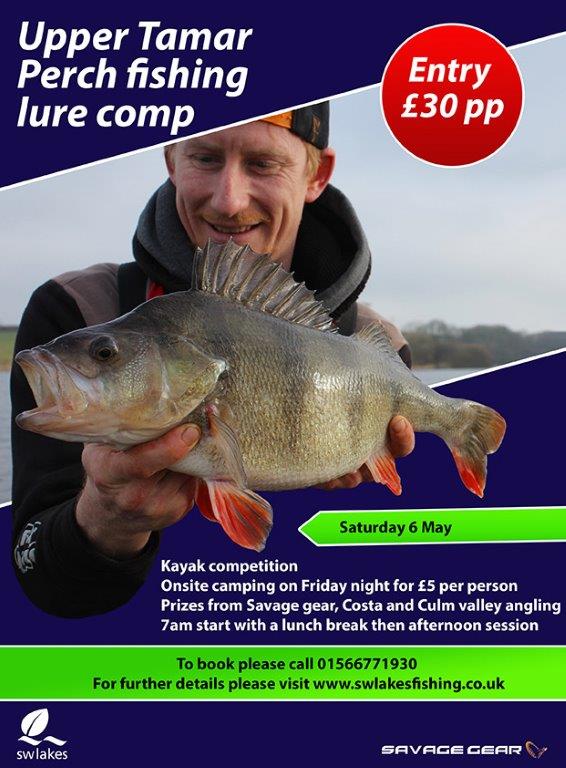 Whilst this is primarily a website on fishing in North Devon from time to time its good to look over the horizon. My long time fishing mate Rupert Morrall has been on a family fishing holiday to the River Ebro in Spain where they made some impressive catches, This image of a catfish caught by his son Aidan caught my eye and I thought it worthwhile sharing with readers. 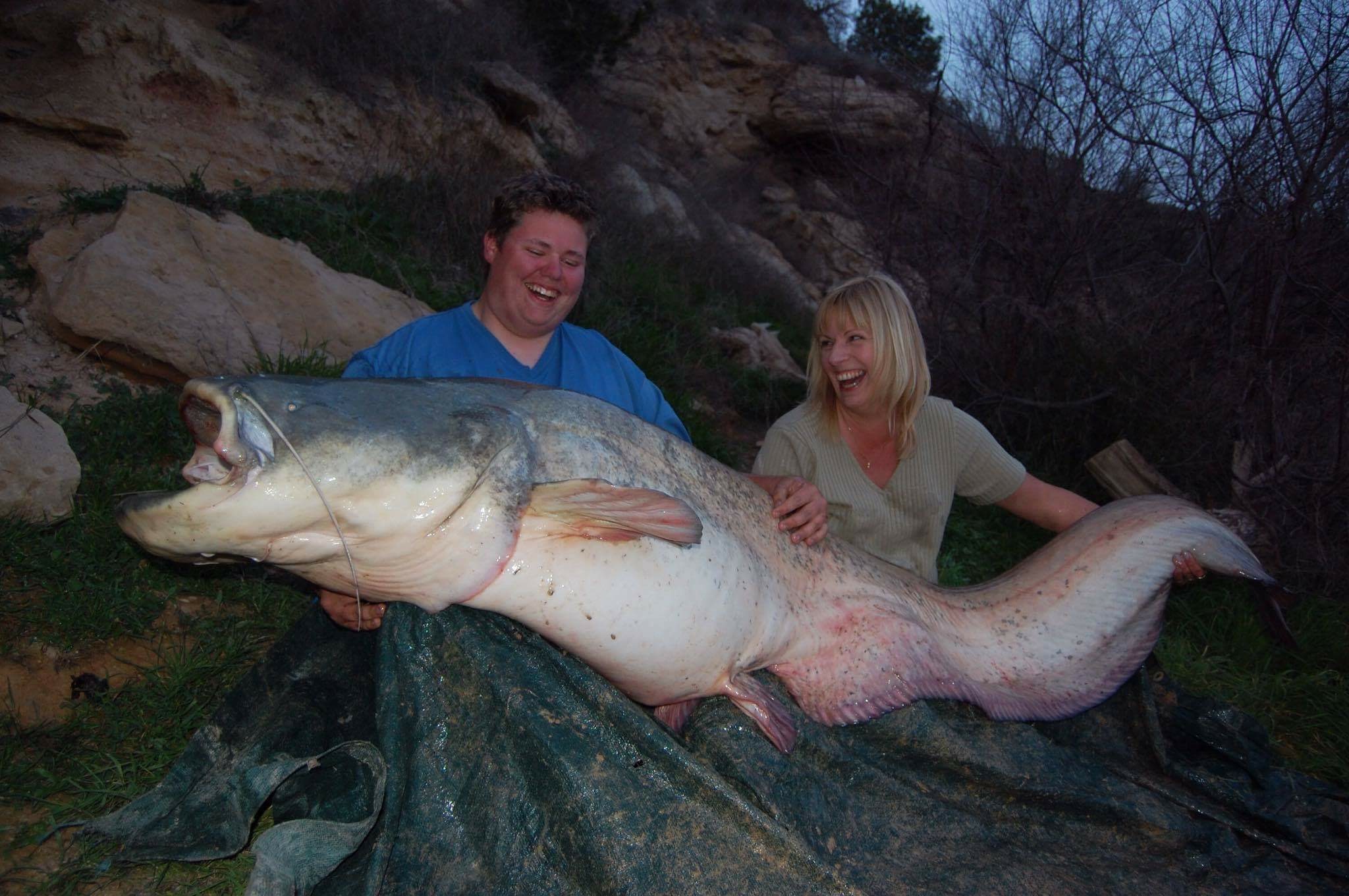 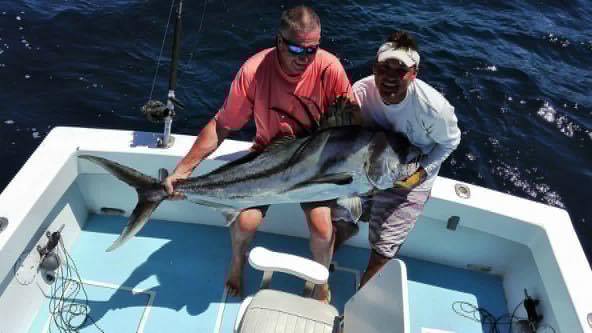 Colin also enjoyed a long and exciting tussle with a Black Marlin estimated at 500lb. The mighty fish was released at the side of the boat. 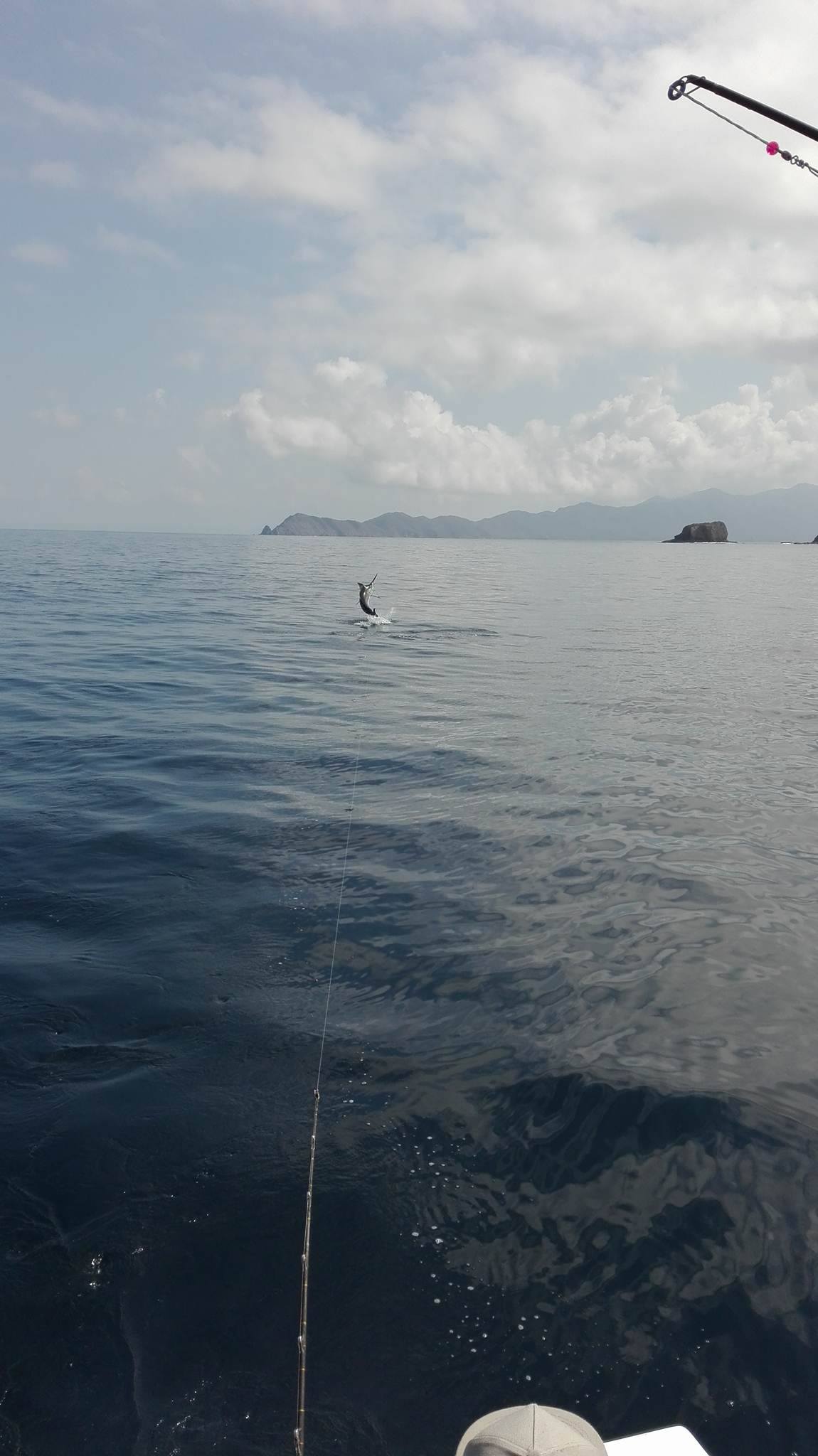 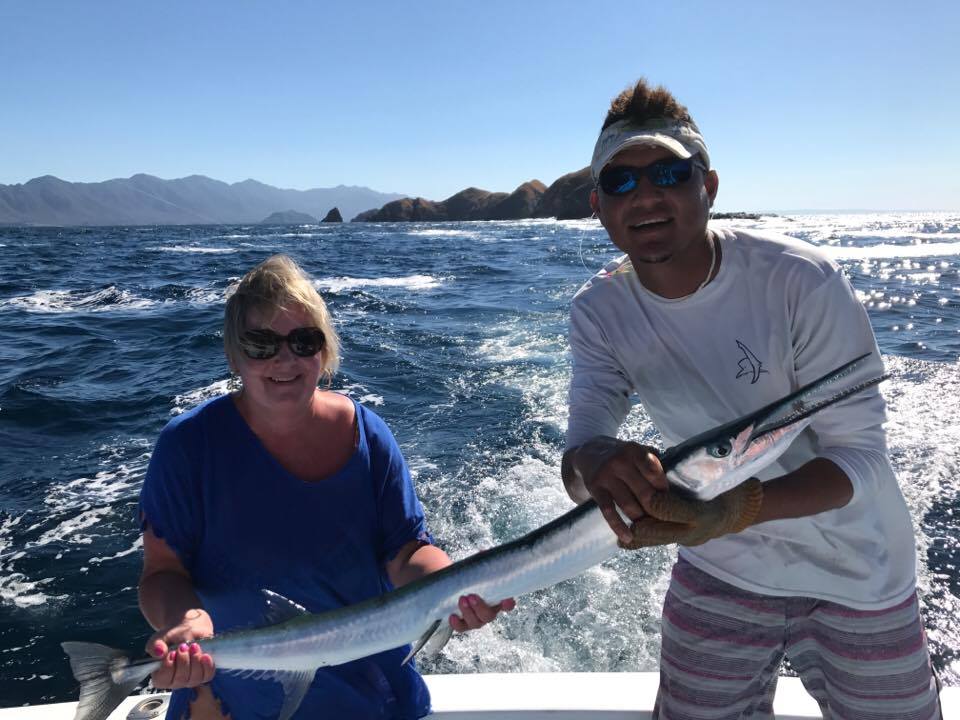 Jacqui Joy with fine Costa Rican hound fish a close relative of the garfish we catch off Ilfracombe Pier! 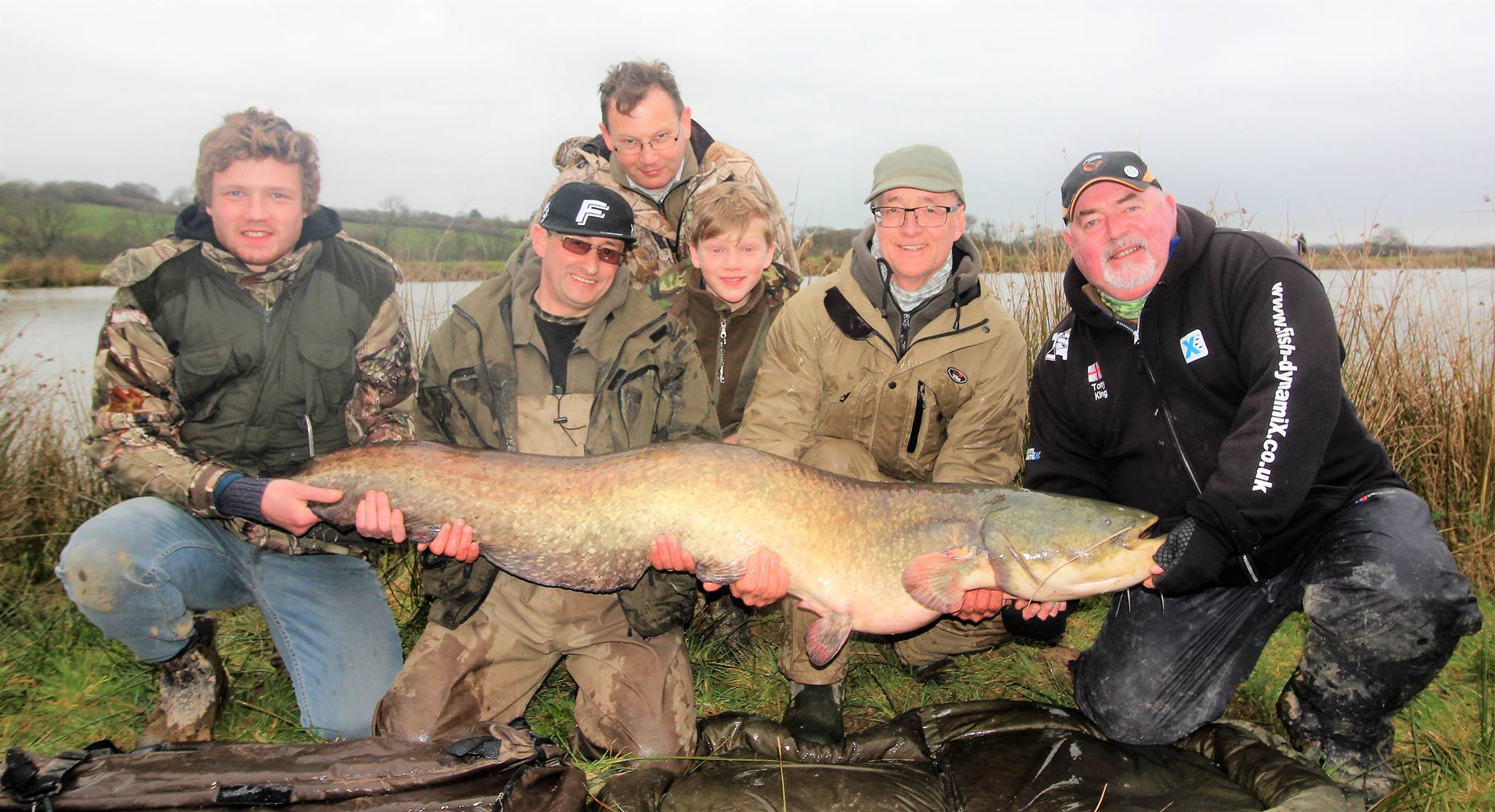 Anglers Paradise’s Lure Weekend proved to be a great success with Andy Payne making the headlines with what could be the UK’s first ever catfish on a lure. The huge catfish estimated at over 60lb was tempted on the first day of the weekend and helped to secure a victory for the seven man team captained by Nathan Edgell of Fladen Tackle. The fully subscribed event attracted lure-fishing contestants from all over the UK and was generously sponsored by Fladen, Quantum Specialist, Fox Rage and Drennan. The Individual winner of the event was Tim Halls who landed four species including perch, rainbow trout, brown trout and blue trout. The individual biggest fish were won by James Thomas who landed the events biggest pike at 85cm, Phil Burke who caught the biggest perch of 31.5cm and Dominic Cooke who caught the biggest trout a fine brown trout of 69cm. 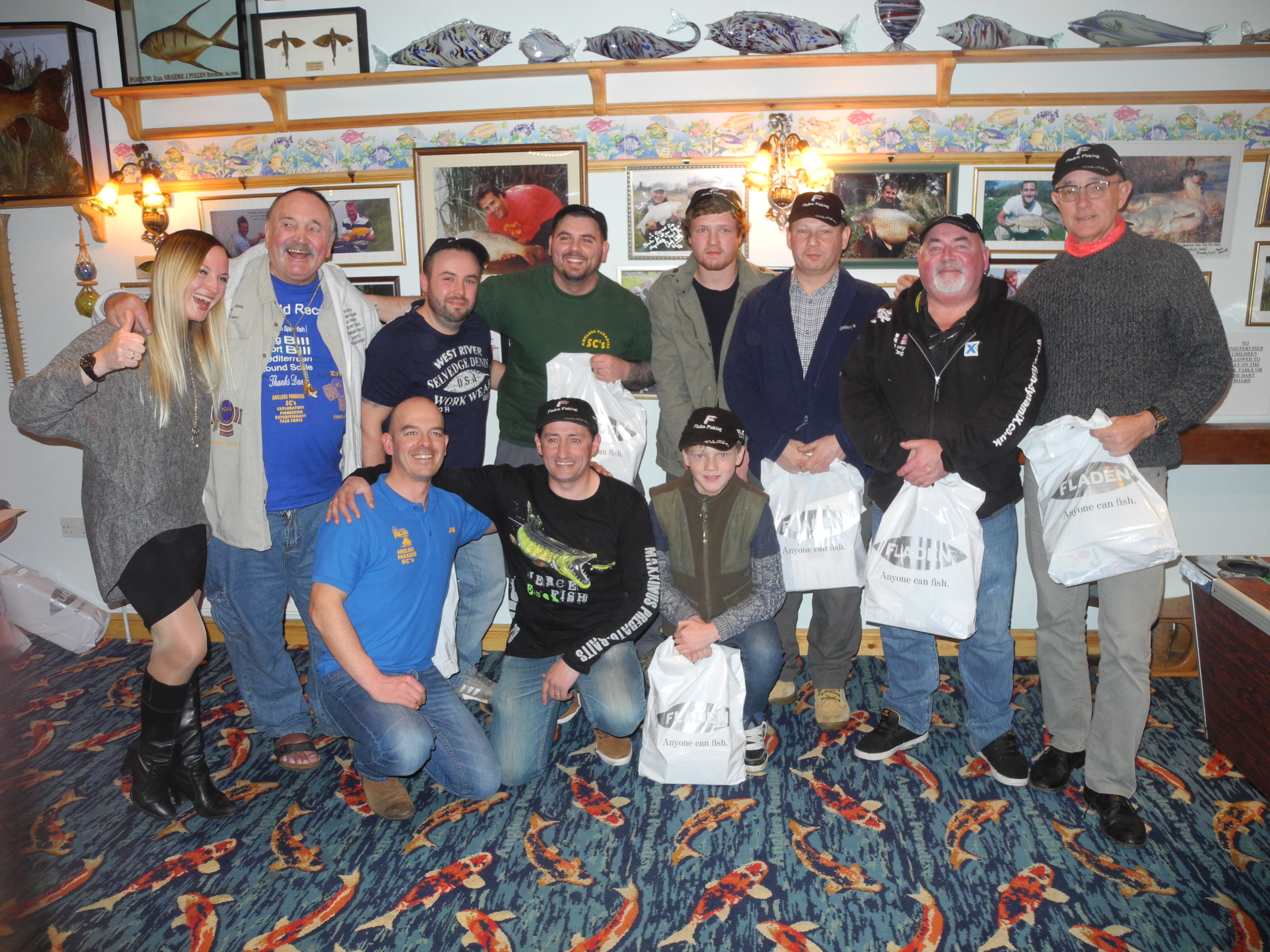 (Above )The winning Team

Anglers Paradise is one of the UK’s best known fisheries with a reputation for its specimen fish, luxury accommodation, famous anglers and most of all for its colorful founder and man at the helm Zyg Gregorek. The complex was founded  after Zyg moved to North Devon in the late 1970’s transforming a marshland into the angling holiday and day ticket destination it is today. 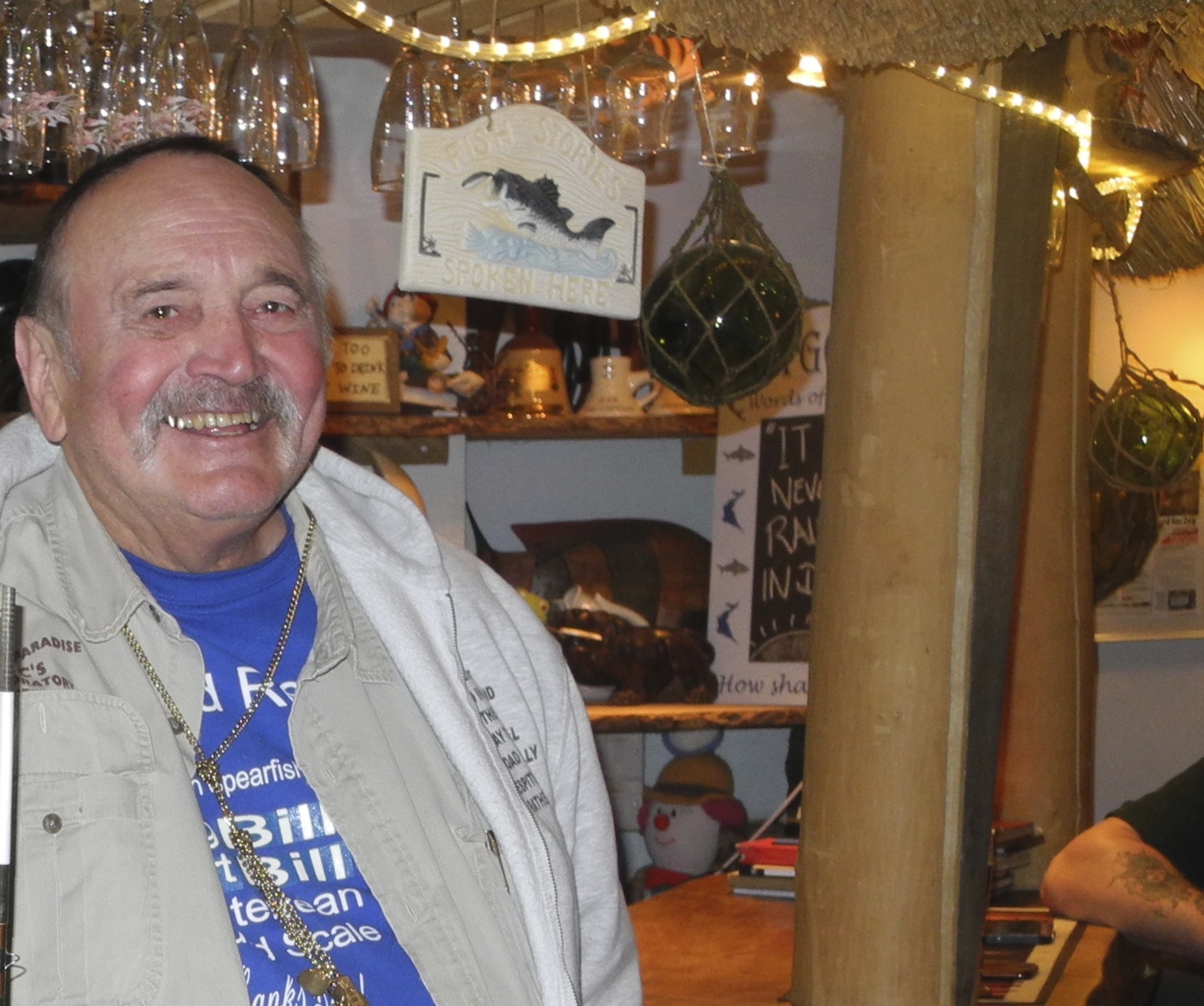 The true heart of Anglers Paradise is the Safari Bar with its walls lined with pictures of big fish and memento’s of Zyg’s globe trotting exploits. It is to the bar that many anglers have returned after a day by the water to recount their tales from the waters edge. The room is certainly unique and oozes angling history with antique rods and angling related paraphernalia all around. 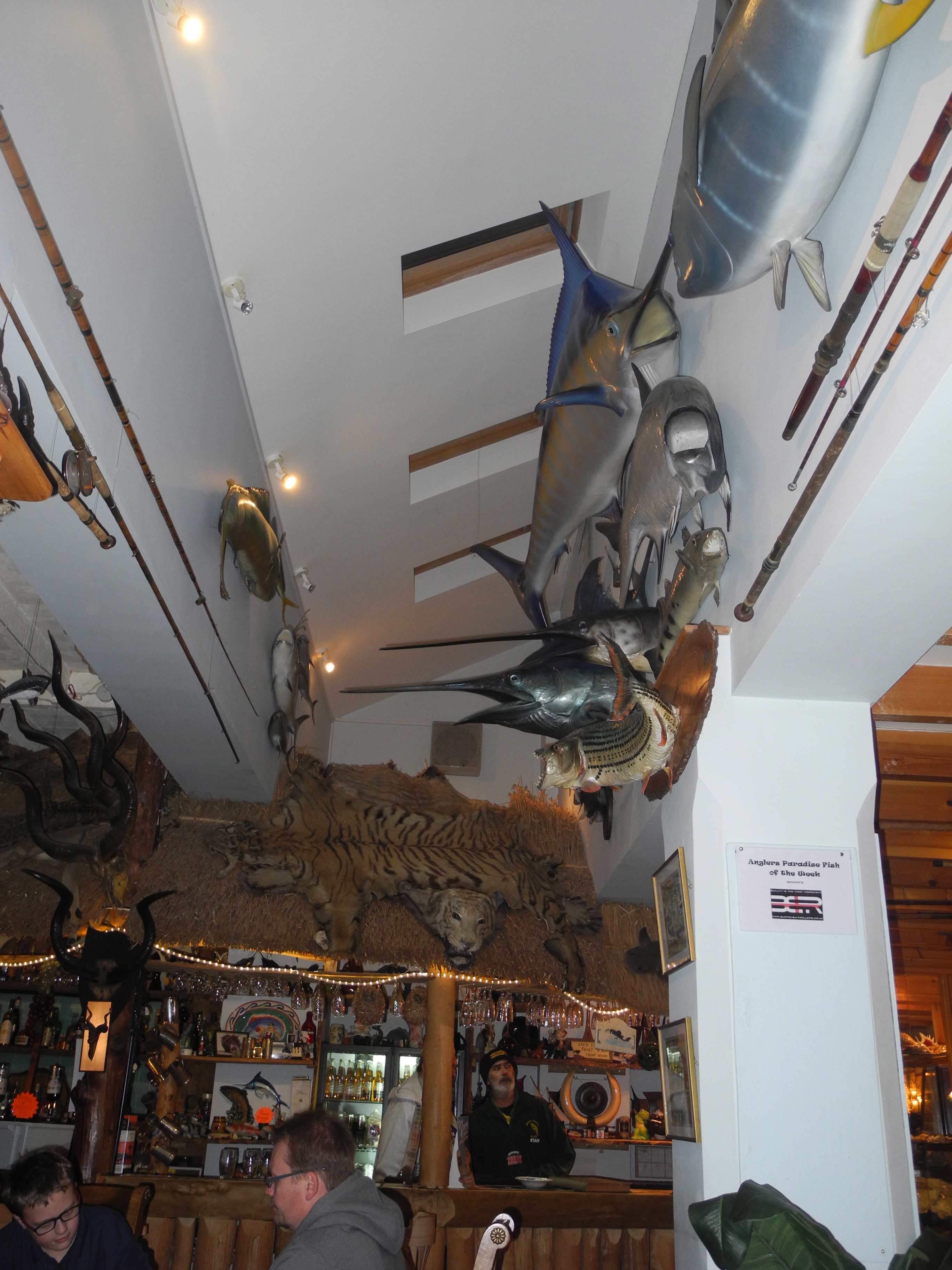 The 2017 Lure Fishing Weekend was certainly a friendly competition with lure enthusiasts who had travelled from all over the UK quickly making new friends and greeting fellow piscator’s from past events.  The weather conditions over the two days proved to be a little challenging with cold winds and rain chilling contestants to the bone. However spirits remained high throughout the event with the warmth of friendship and plate fulls of hot food thawing out the chilled anglers.

On the Saturday night the auction of a 1913 Fishing Gazette book and an Orvis rod raised over £150 for local charities. Since its formation Anglers Paradise are proud to have raised many thousands of pounds for local charities. Anglers Mail contributor  Bill Rushmer who has visited many times was close at hand to assist with the auction. 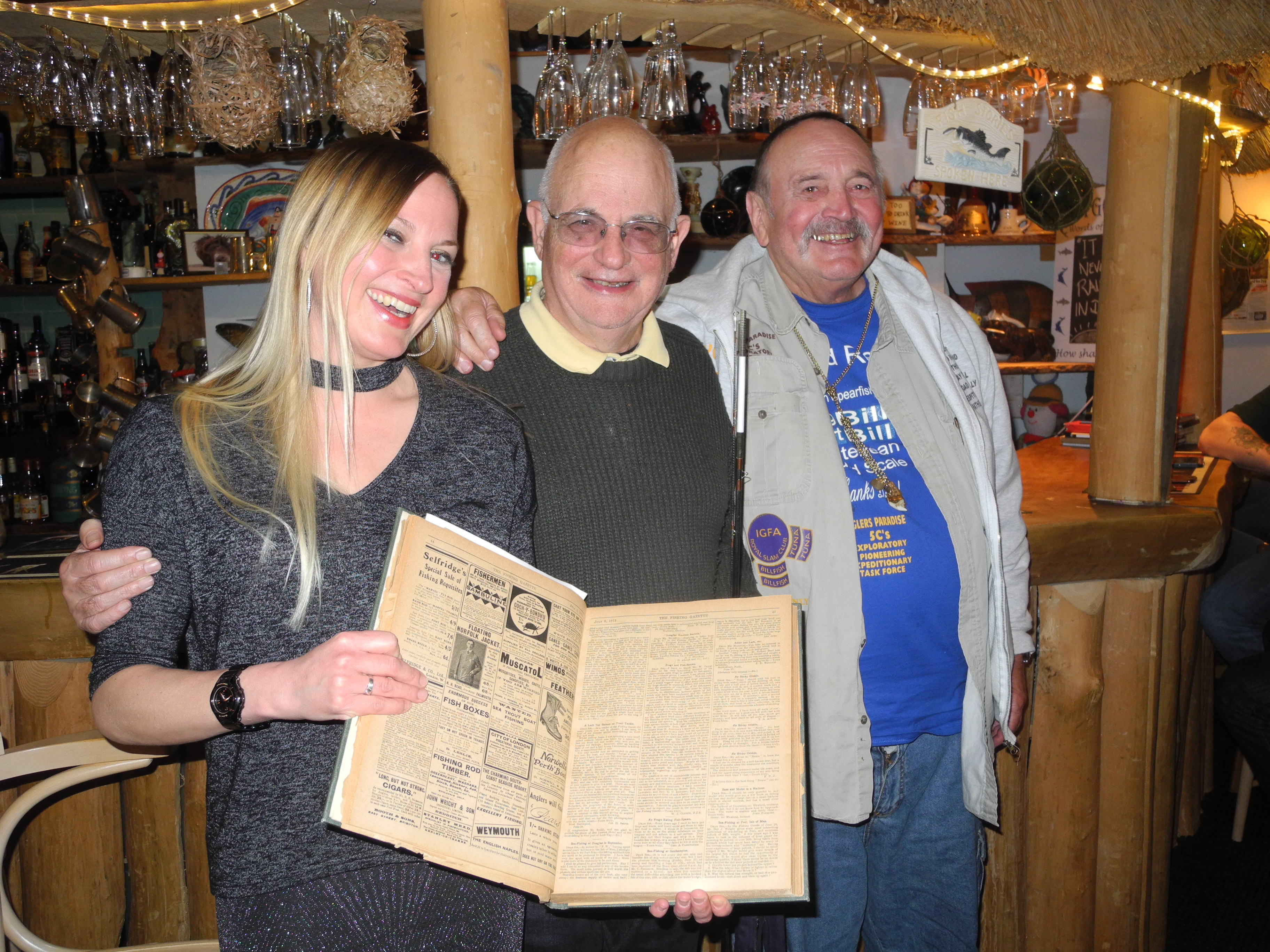 The Saturday night auction raised over £150 for local charities.

The competition was fished on four lakes with the teams of seven rotating over the two days with constant tuition from the four team captains. As an occasional lure angler I certainly learned a lot about modern lure fishing techniques with information and tactics shared willingly between anglers. 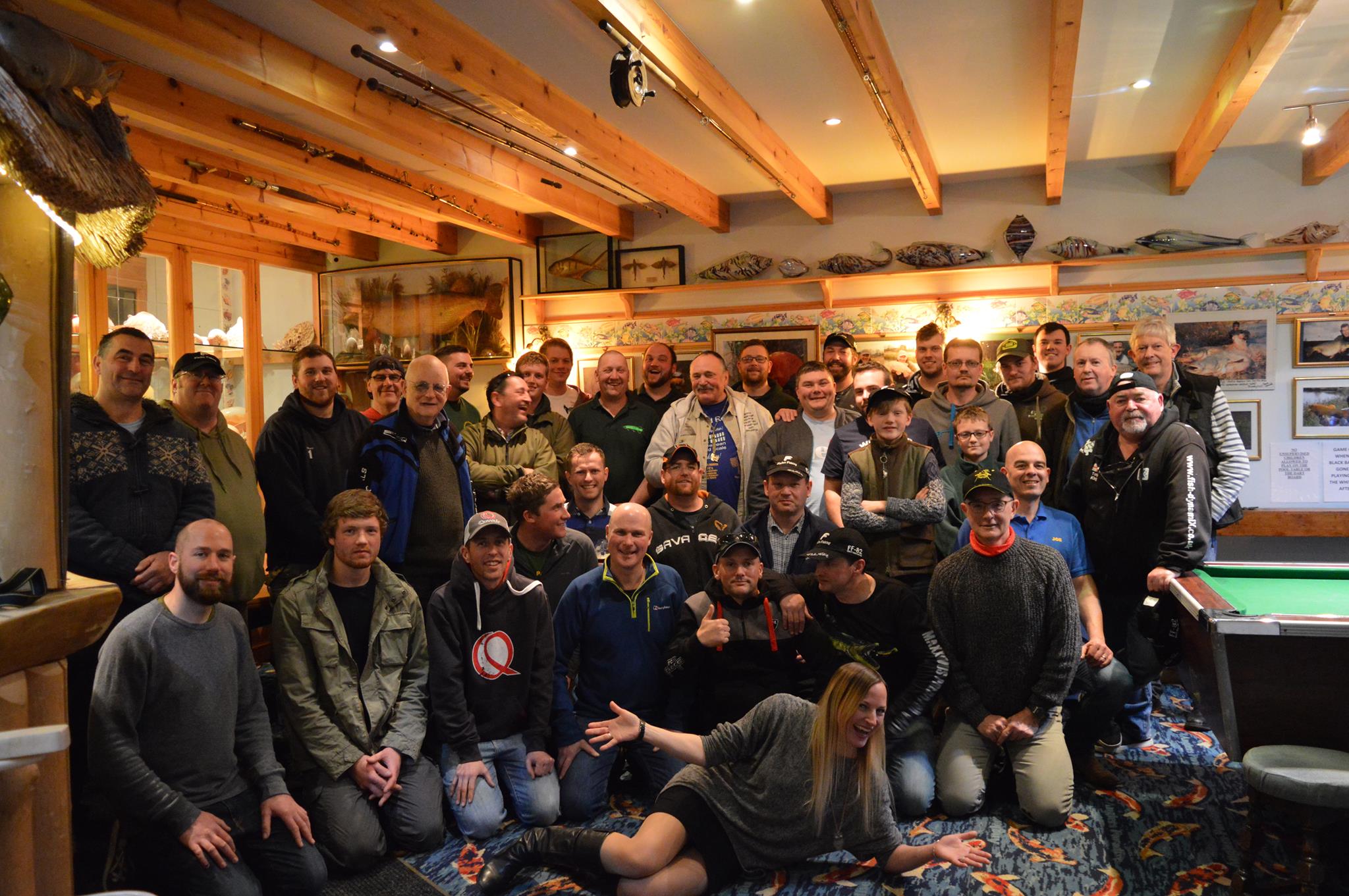 Thanks go to the events sponsors, Fox Rage, Drennan, Quantum Specialist and Fladen Anyone can Fish

Many thanks also to Joe Drury for organising the event, to Zyg Gregorek for Anglers Paradise and to the Gregorek Family and all the staff at the complex.

Chris Lambert and Adam Moxey have had another great Perching session from the boat at Upper Tamar Lake. Chris had this to say about their day: The previous couple of visits have been really tough but we are yet to blank….famous last words! When we arrived it was a bit on the windy side. I wasn’t exactly beaming with confidence but the first drift produced a 3.08 perch to my rod on a 3inch black shad fished on a 7.5g jig head, the wind dropped off nicely allowing us to fish a lot more effectively. We went on to take a dozen good sized perch mainly fish in the low 2lb range topped by a brace of 3’s at 3.05 and 3.03 both caught by Adam on the 2inch spikey shad. 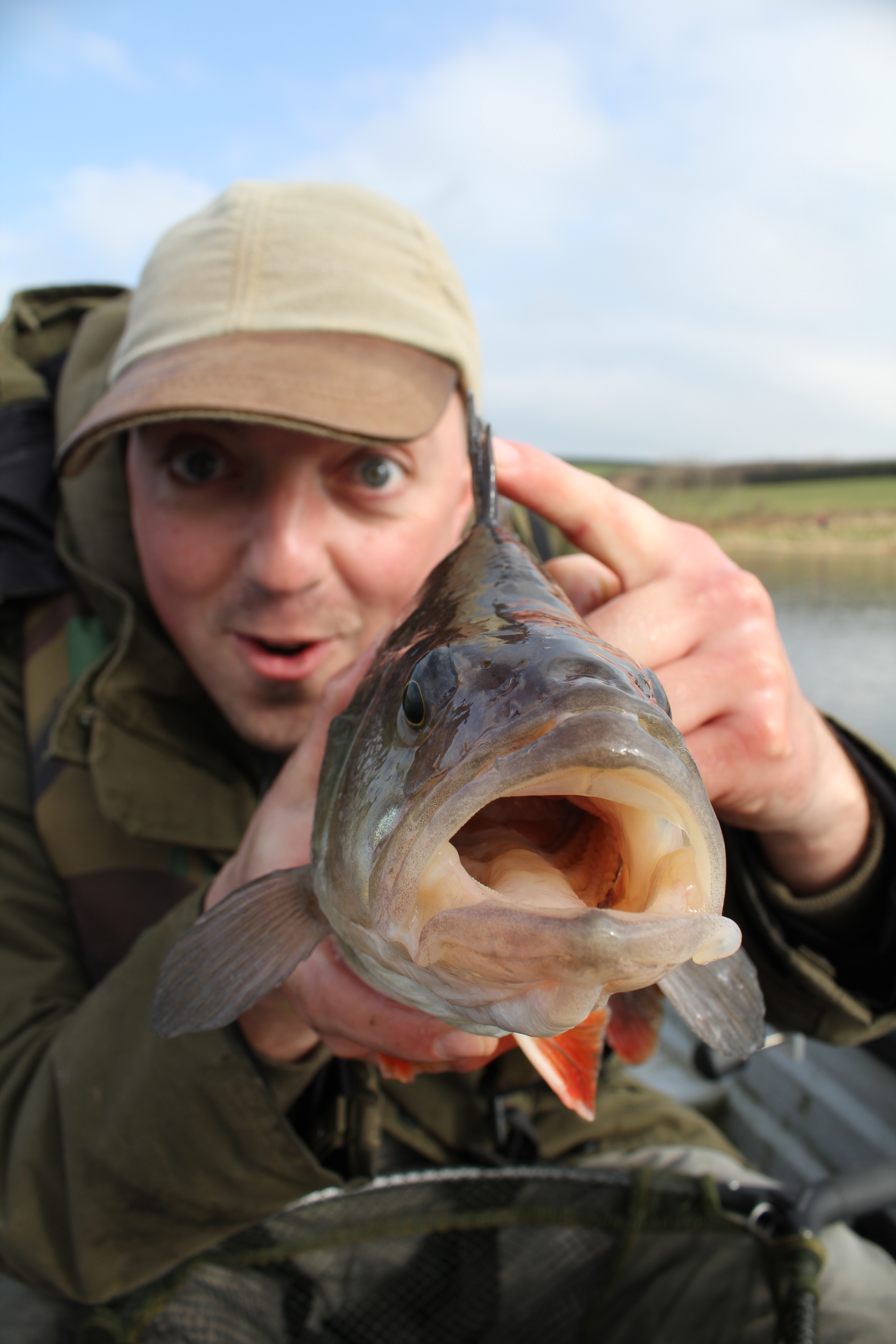 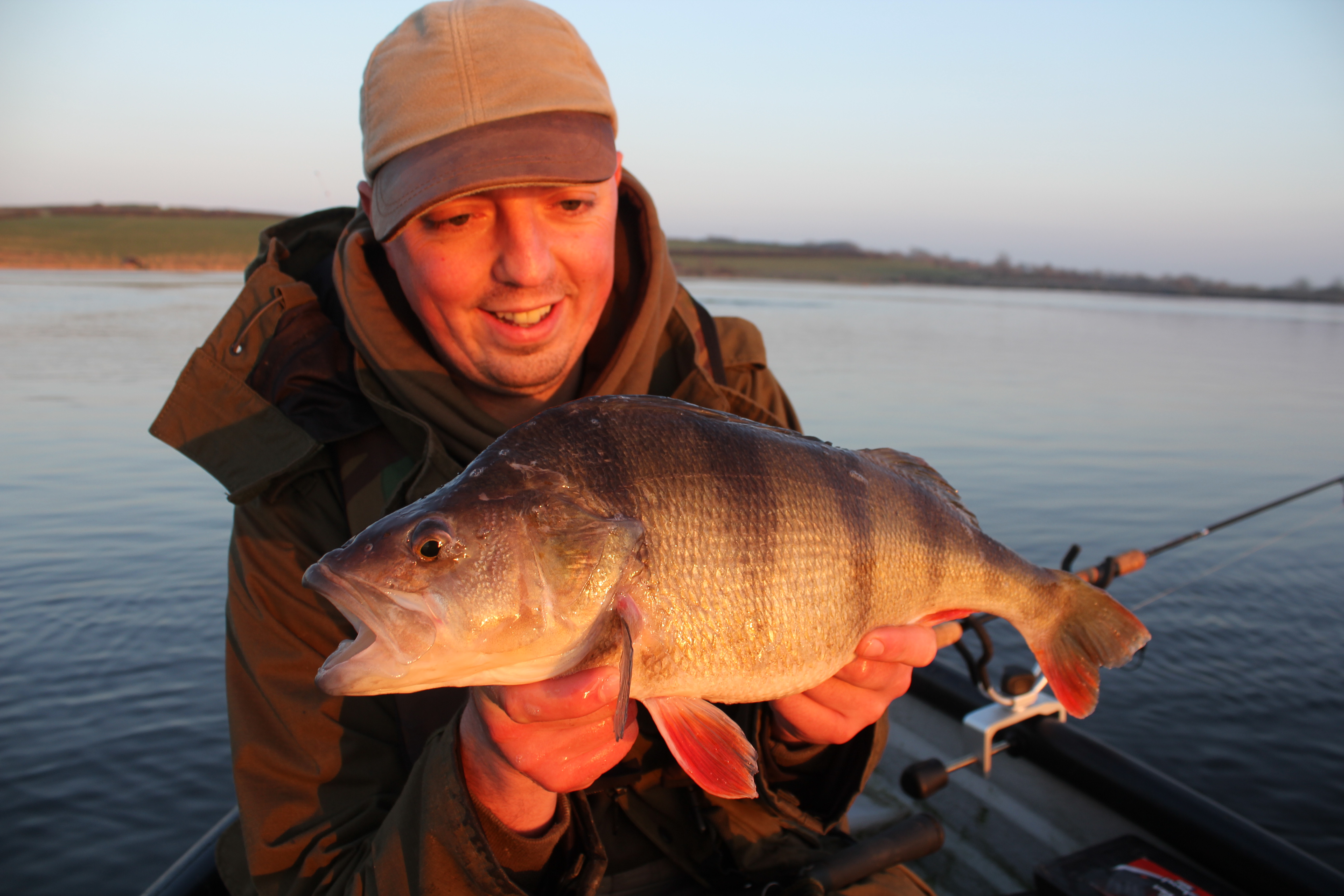 I have just come back from Angler Paradise’s 2017 Lure Fishing Weekend and will post a full report on a very enjoyable event later this week when I have downloaded all the pictures and gathered my thoughts. In the mean time here are a few taster images.

Special thanks to the Gregorek Family all at Anglers Paradise and the events sponsors Fox Rage, Drennan, Quantum Specialist and Fladen.

Damien Chambers, 30 from Southport came with Partner Gemma to our Annual Valentines Weekend and after enjoying the 3 Course Meal, the Viagra Wine and the Fun and Games, Damien went onto the Main Carp Lake the morning after in the hope of a Fish or Two, and that he did!!
Damien caught a 19lb and 21lb Mirror both on Paradise Baits – The Twist! He didn’t get to picture the 19lb Mirror but he did of this stunning Scaley 21lb Mirror. 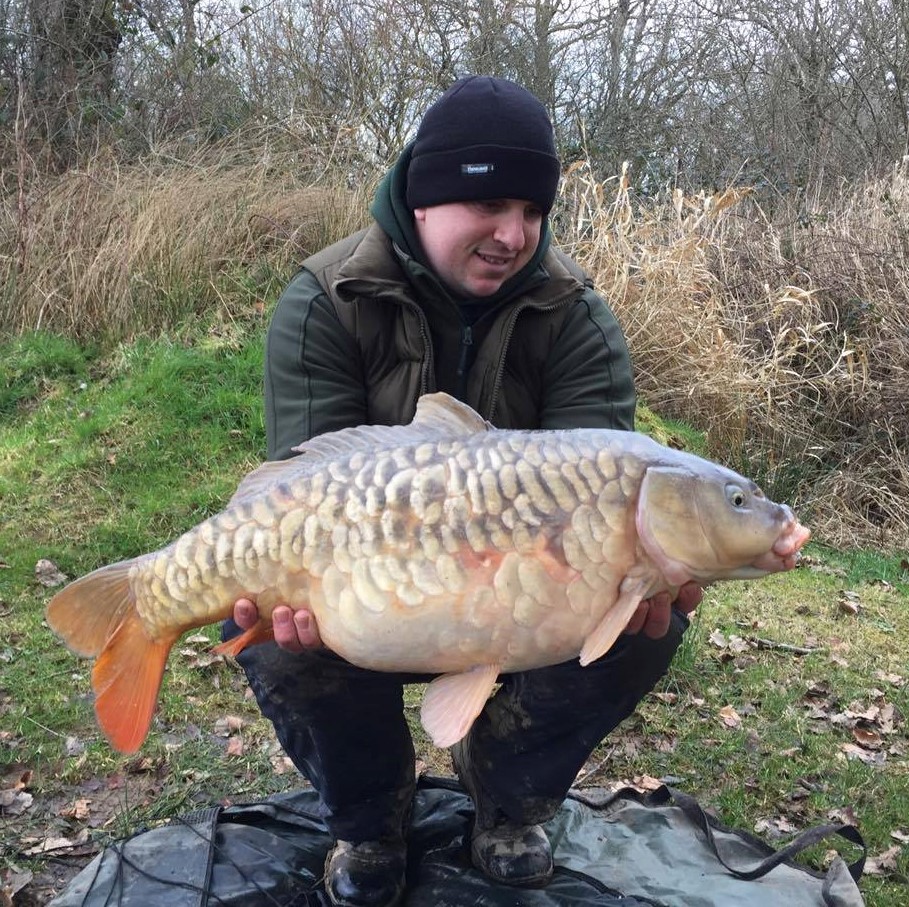 ( Below) SURPRISE ON THE FLY!
Thomas Winspear, 26 who is part of the estate team, decided to have a go Fly Fishing on the Trout Lake after work for some Trout action, but he had a shock when his rod bent nearly in half and he landed this Beauty! A Grass Carp about 8-9lbs, caught on a Bloodworm Buzzer. Tom said it gave him a great fight too! (Below) 5LB CHUB MAKES THE BEST BIRTHDAY PRESENT – EVER!

During a holiday away ourselves to Shropshire, we took our eldest 6 year old son Fishing on his 6th Birthday to the River Severn in the hope of a Pike, he had the shock of his life when he struck into a hard fighting Chub and landed a New Personal Best at 5lbs! Zaine caught the Chub on a 5oz Deadbait Rudd too! He said “it was the best birthday present ever”, he’s even beaten his Mummy and Daddy’s Personal Bests!! He is officially hooked and already becoming a fine little angler! 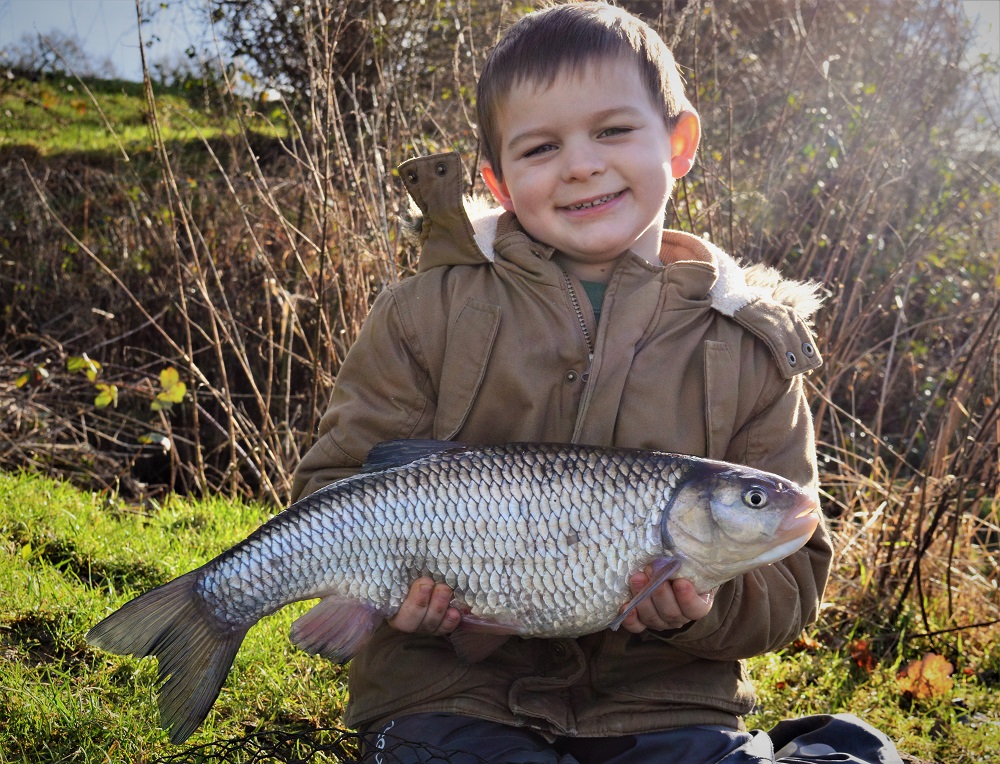 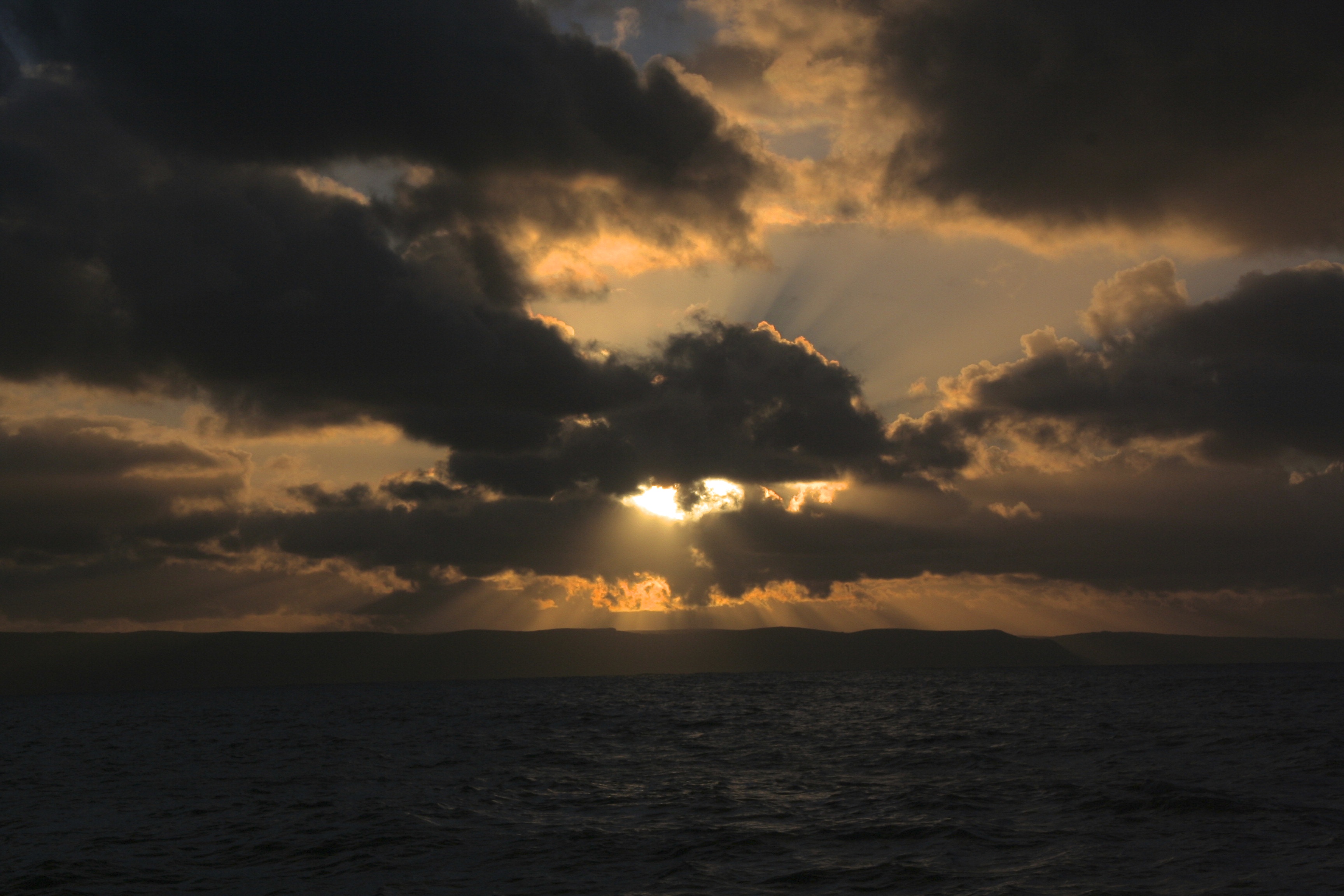 Pete Skinner of Bideford & District Angling Club contacted me and asked me to stress that despite the closure of the clubhouse. Bideford and District Angling Club is very much still in existence, still running sea, game and coarse competitions and the Tarka swims lakes complex is still open and taking new memberships. All renewals and applications for membership can be made at Anglers Heaven, Market Place, Bideford. By kind consent of Tom Wade. The clubs results are a regular feature here on North Devon Angling News.

Perch are undoubtedly a joy to catch in many ways with their striking colours, defiant spiky fins and willingness to feed throughout the colder months. The waters of North Devon have large perch in good numbers but never take this for granted for there was a time when a devastating disease depleted stocks of perch all across the country. I can remember perch being plentiful in many Devon waters and then becoming almost non existent for several years. Big perch also tend to be subject to boom and bust with a water producing some massive specimens for  two or three seasons before that particular year class dies out. I well remember targeting large perch in Melbury reservoir and landing several to 3lb 14oz. This was exciting fishing but from what I can gather the large perch at this venue have all but disappeared. Of coarse where big perch have flourished once they can once again and all it needs if someone to give it a try. 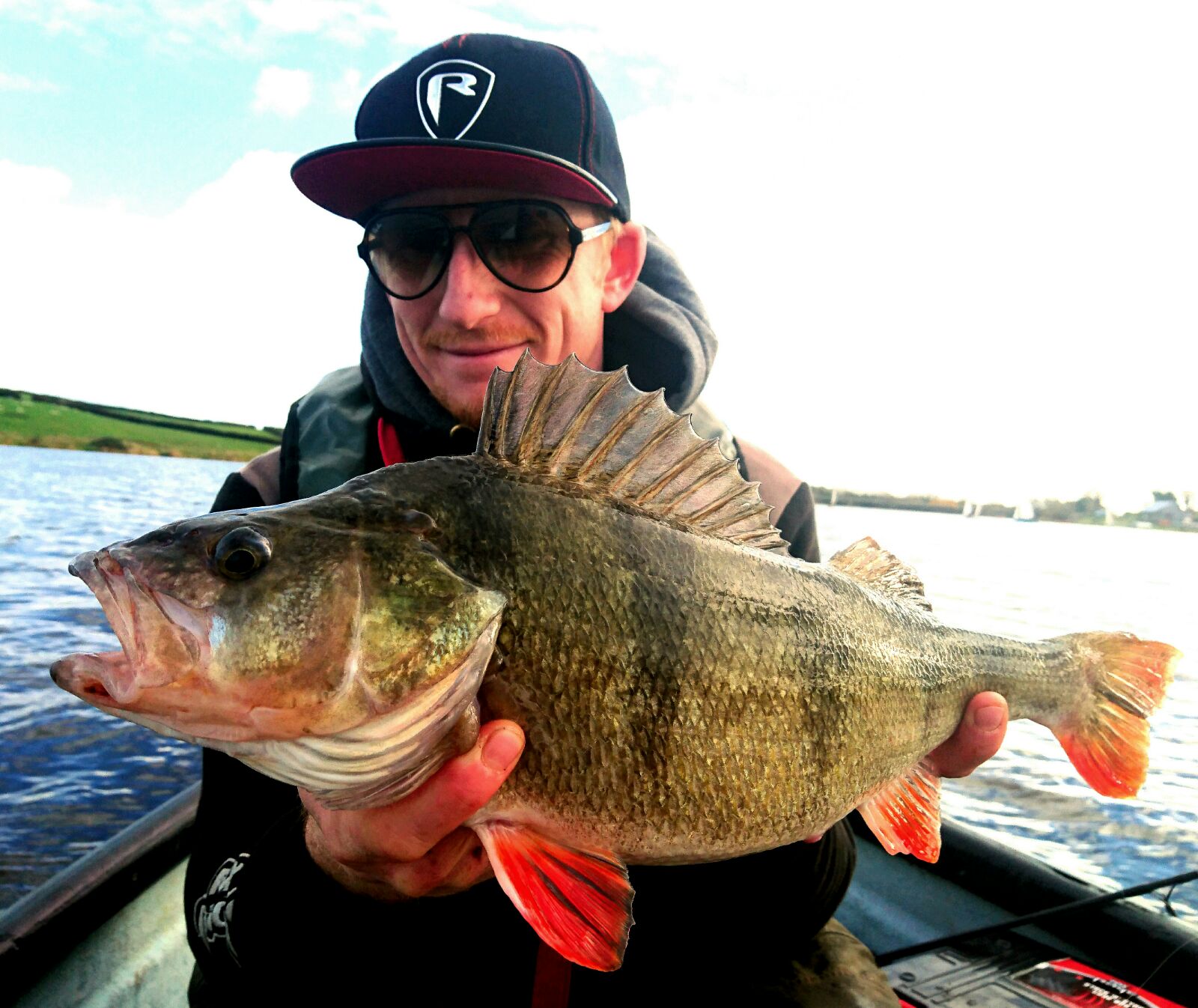 Another delight of perch fishing is the variety of successful methods that can be employed including livebaiting, baitfishing and lure fishing.

A keen perch fisher is North Devon based Dan Spearman who tempted these beauty’s to 2lb 13oz from an undisclosed local still-water. 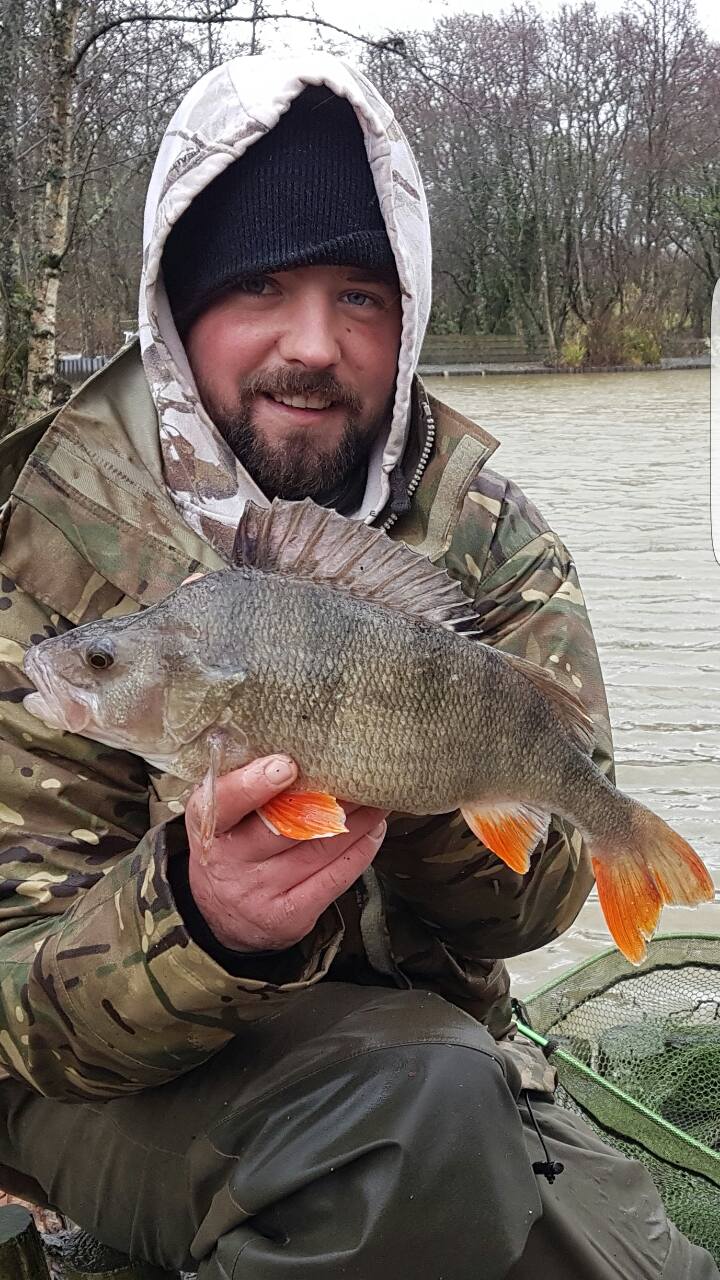 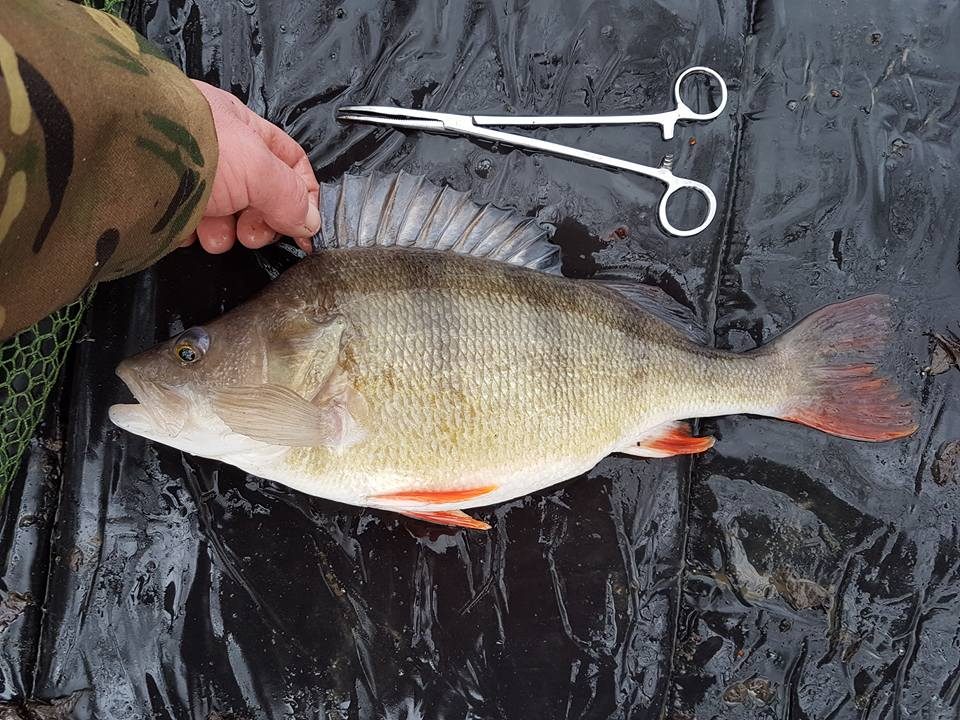 If you want to learn more about perch fishing I suggest yo track down the excellent book dedicated to the species entitled “The Biggest Fish of All” The Perch Fishers. 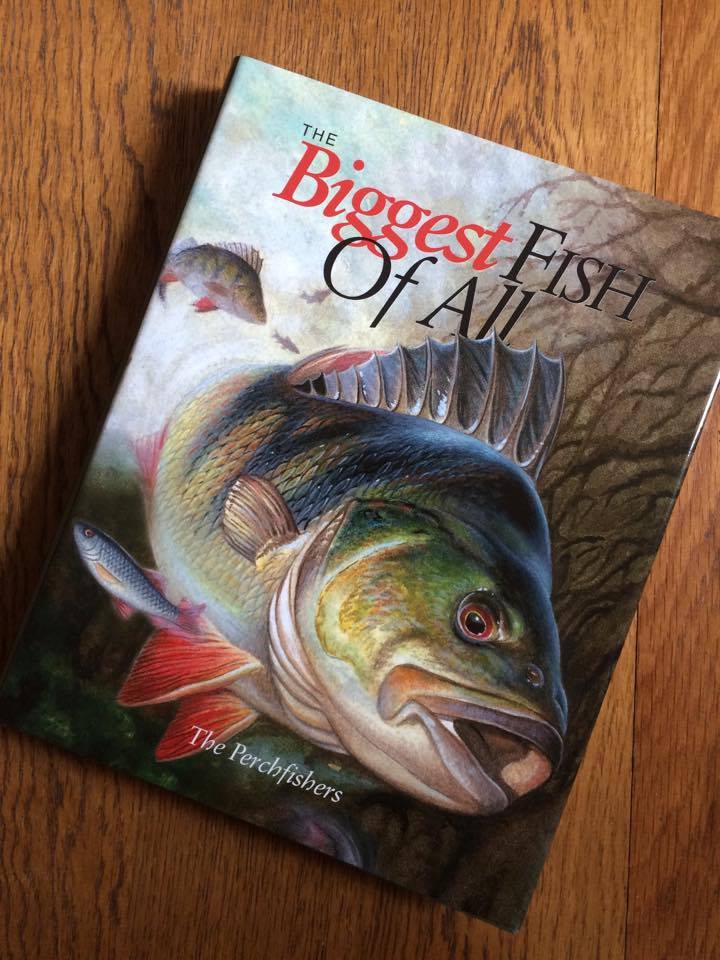 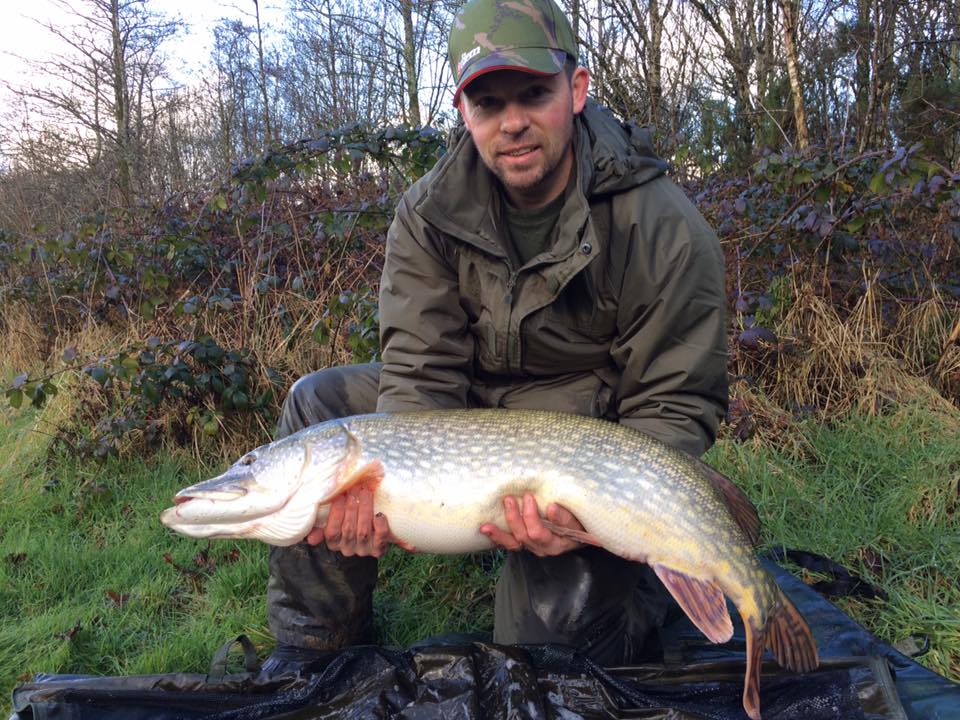 Dave King on his second trip to Simpsons Valley  smashed his previous personal best pike of 12lbs to take a huge and new lake record pike of 24lb 8oz.

Float fished sprat did the trick for Dave in the shallows. 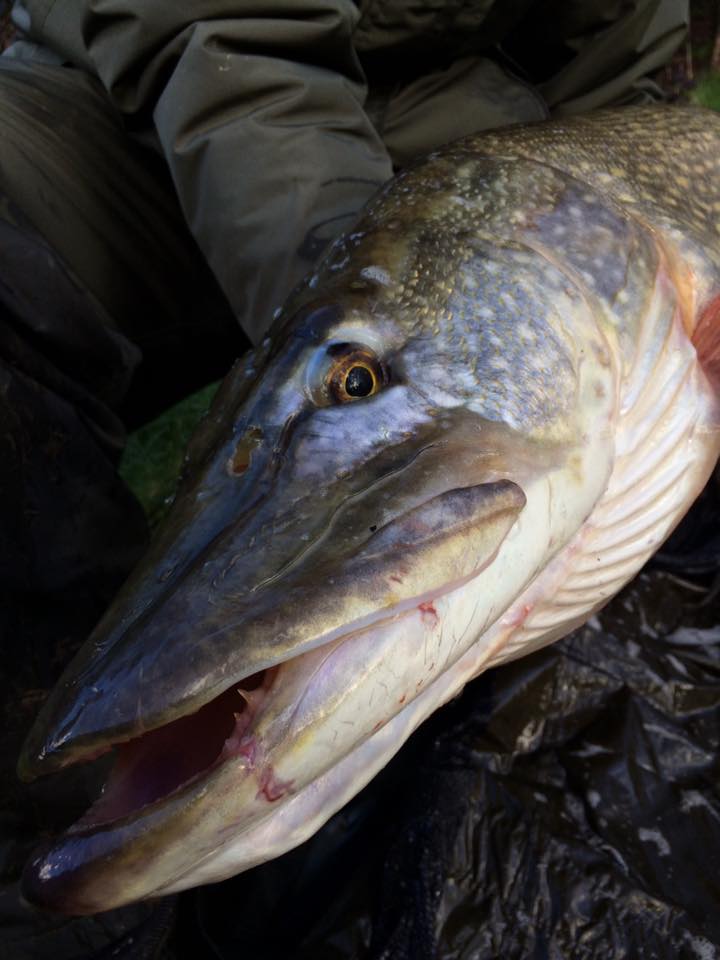